Horses chasing 'cause they're racing so they ain't so far

Back to January 2020 when the pandemic was a thing happening elsewhere, and I was elsewhere. The weekend was uncannily warm; what would I do with that time? Well, revisiting old haunts, of course, because that's so very comforting and comfortable. 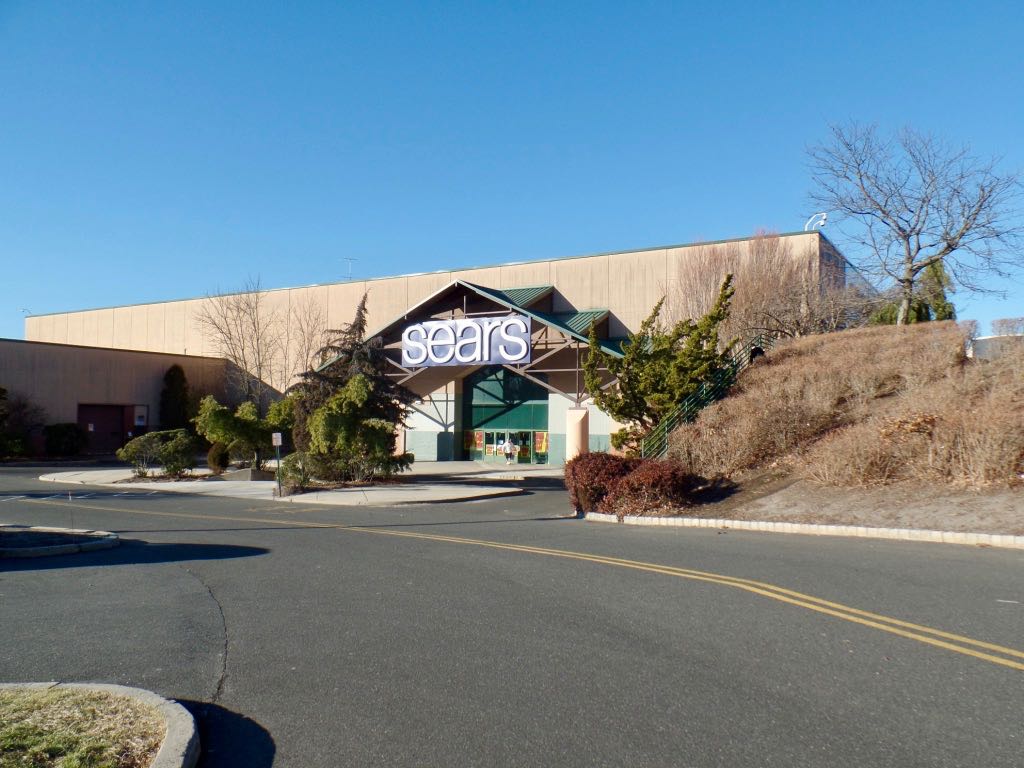 So I stopped in at the Freehold Raceway Mall and found they still had a Sears! That was exciting. It was closing down, though; so I could stop in for a last sad look at the place. 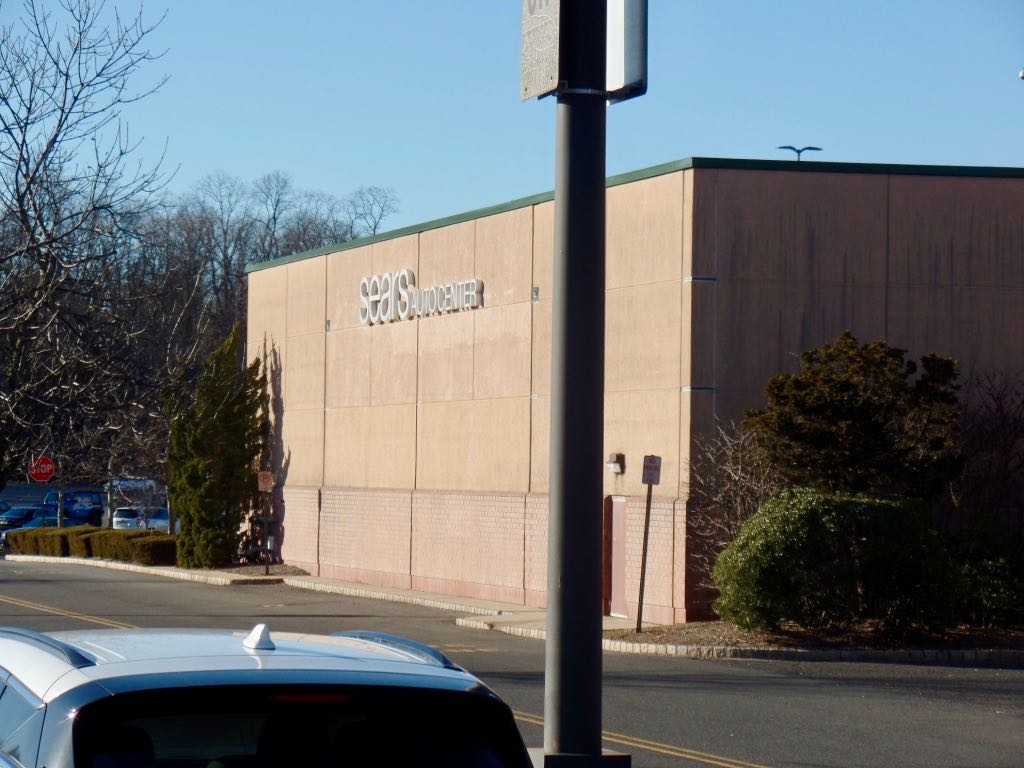 And the Sears Auto Center which I think was already closed. I remember that at least once we got a car battery there, because it was close to home and my father was willing to yield on not going all the way to his preferred mechanic for something that small. I think that's all we ever did there, though. 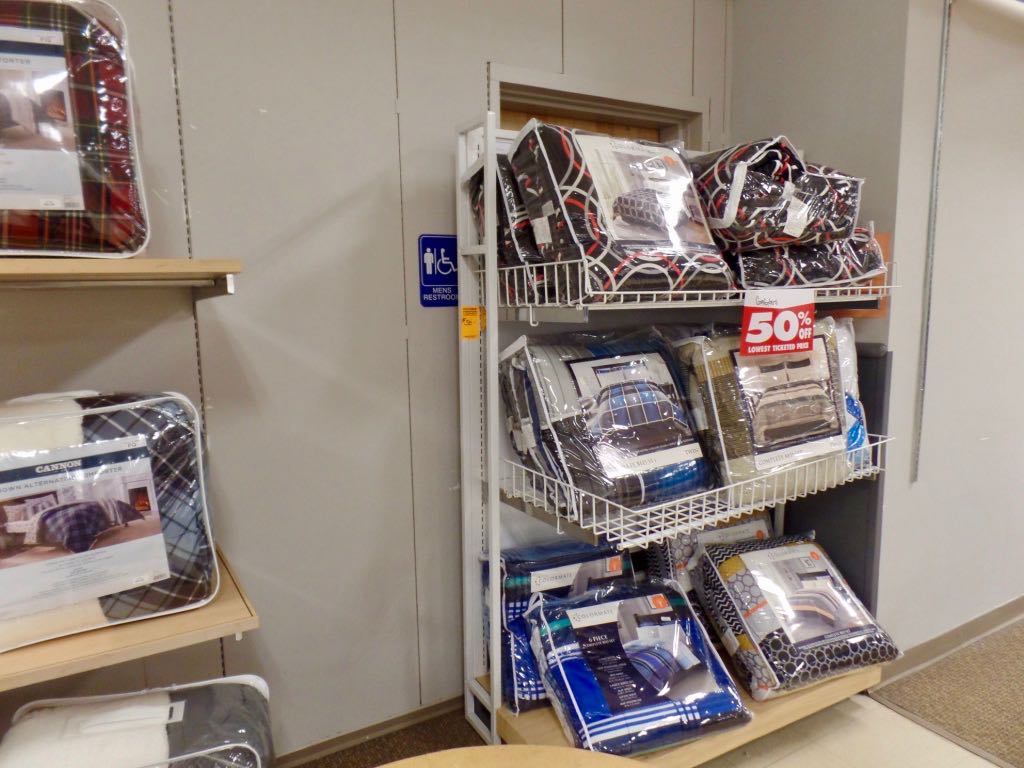 And, ah, whoops! They'd already sold off the bathrooms, which was the joke I was going to make before getting in there. 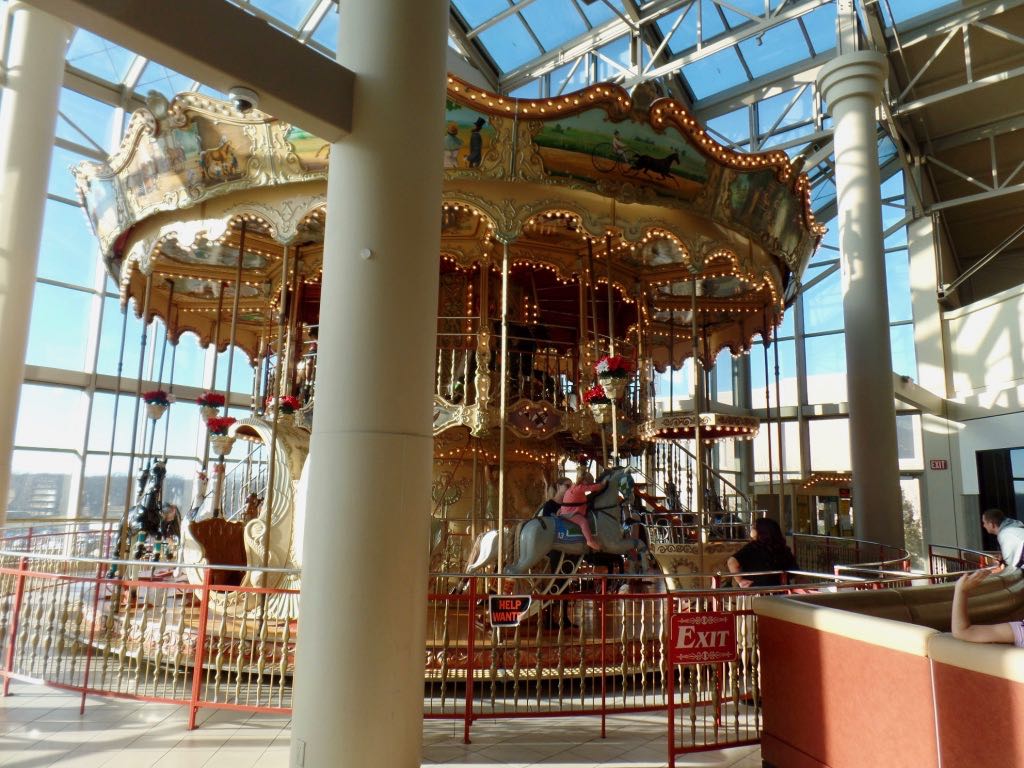 The carousel at the Food Court, which has always been one of the fixtures of the Freehold Raceway Mall. 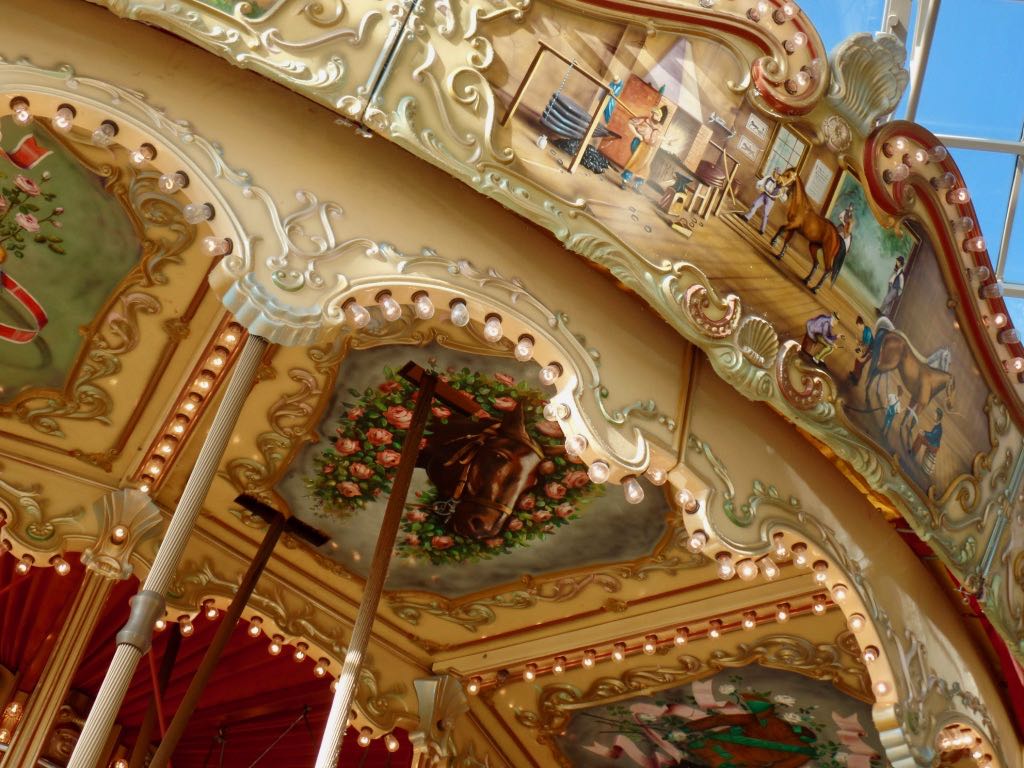 Looking up at the scenery panels which are quite horse-themed as you'd think from the name of the place. 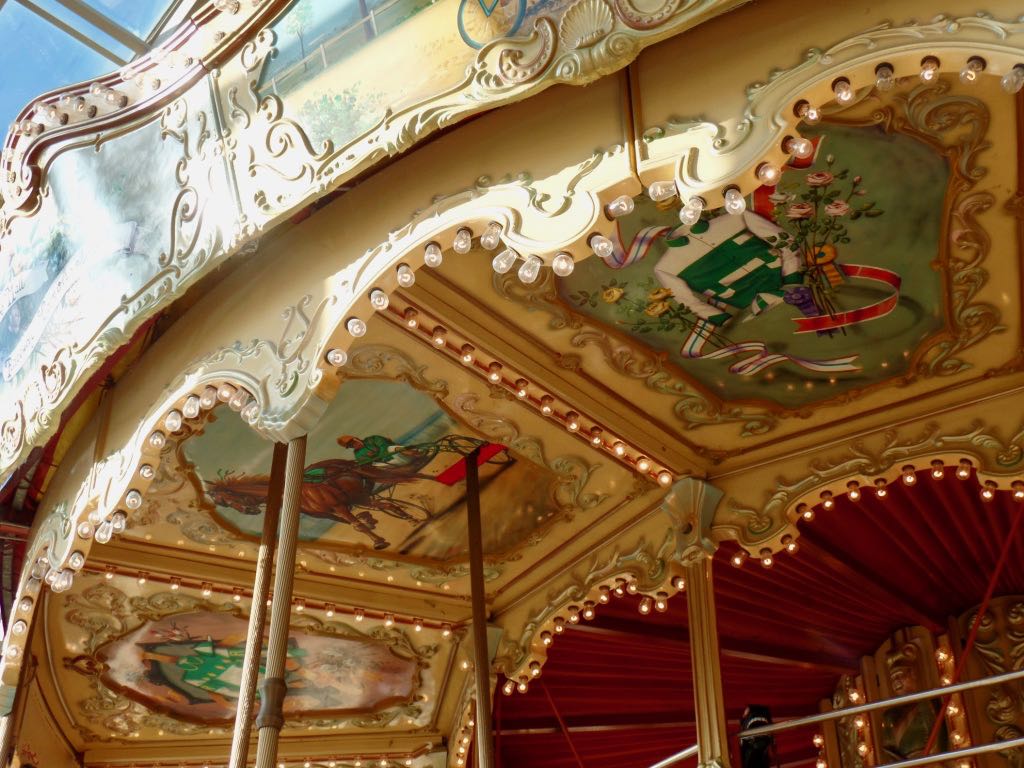 More of the scenery panels. Freehold Raceway had been a harness racing center for a long while. I saw old races on Cheap Seats. 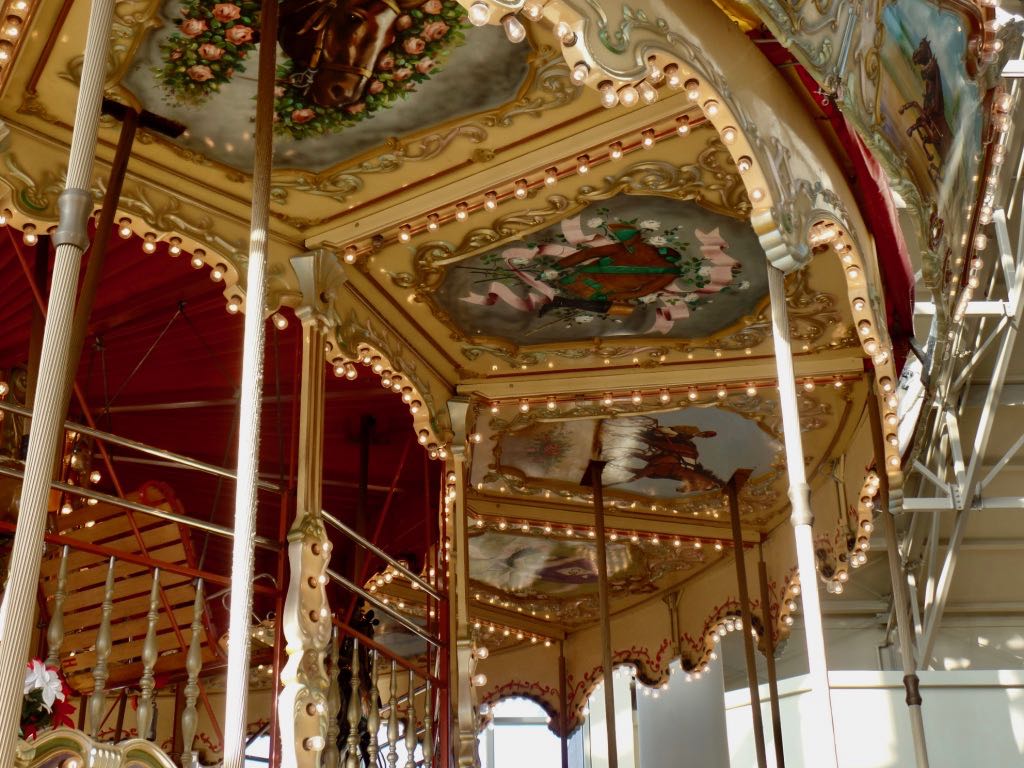 It's a two-storey carousel, that's why there's so many decorative panels like this. (This explains nothing.) 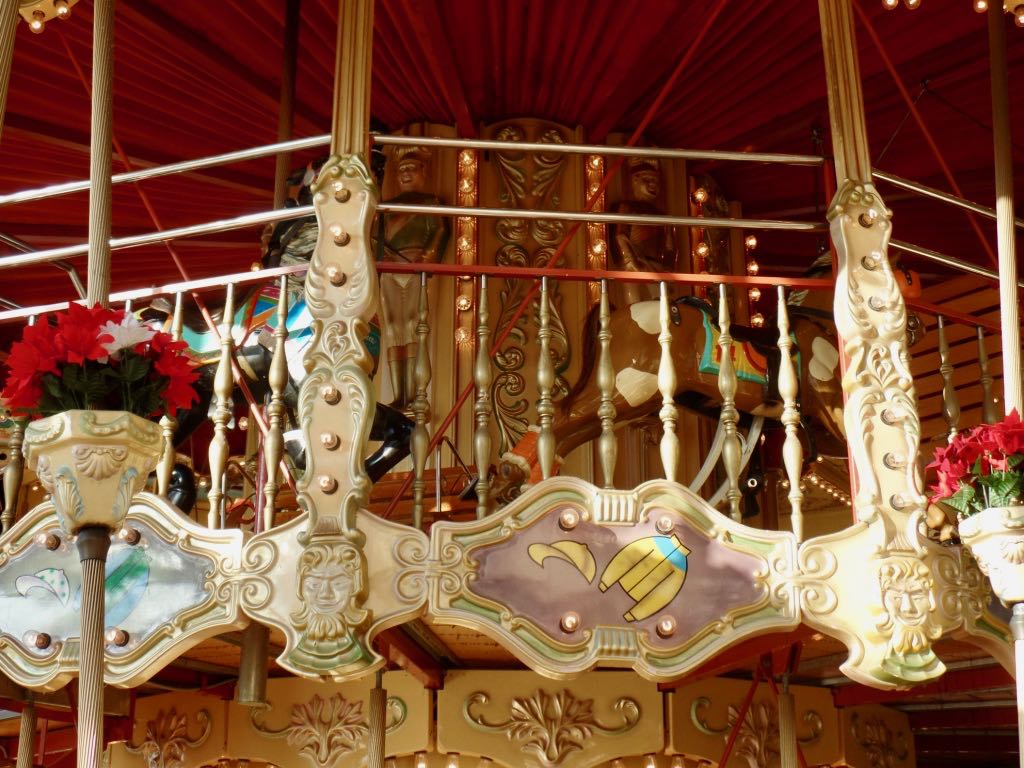 See? There's the upper level. It's the same modern model that they have at Morey's Piers, and had at La Feria, and many other places. 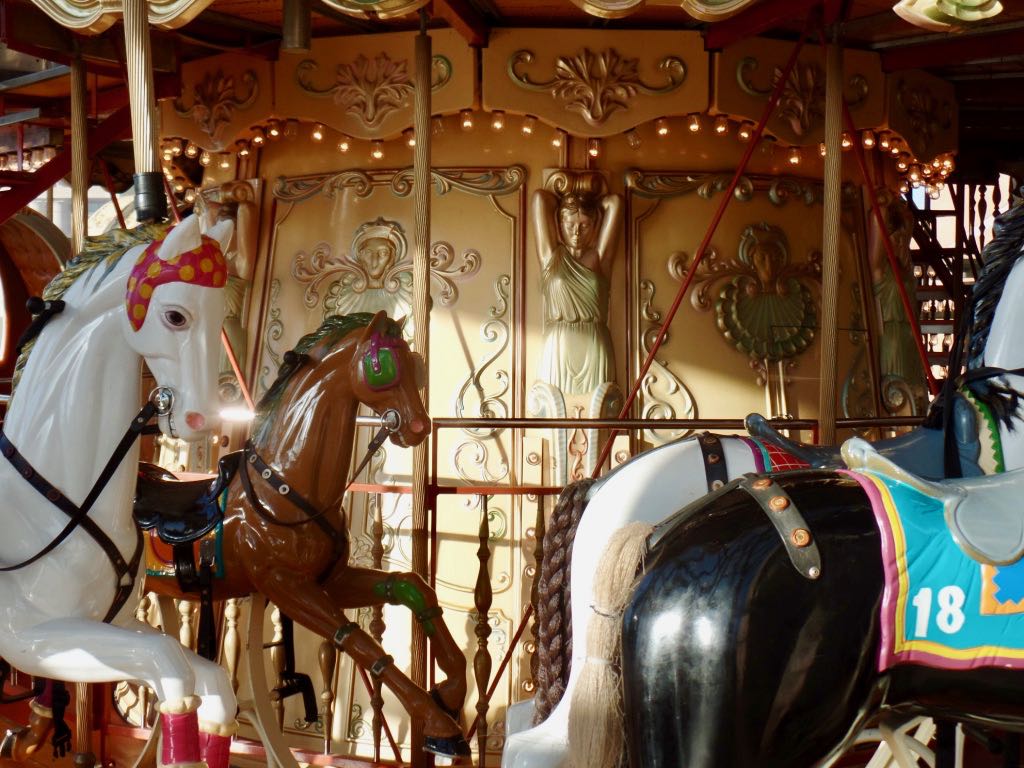 The first level of the carousel and decorative figures on the center. 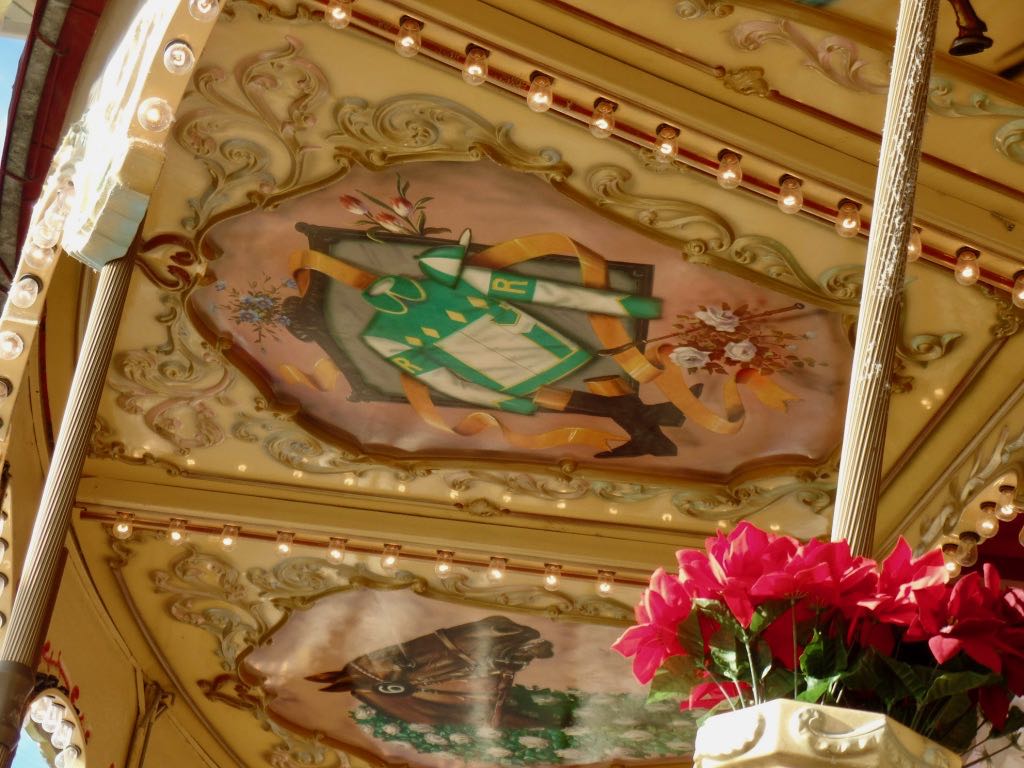 Trivia: During Alan Shephard and Ed Mitchell's first moonwalk, Command Module pilot Stu Roosa did an 18.50 second phase-change maneuver that adjusted its orbit to 67.1 by 57.7 nautical miles. Source: Apollo By The Numbers: A Statistical Reference, Richard W Orloff. NASA SP-4029. He was supposed to.