Nearer and nearer by changing horses, still so far away

My mathematics blog continues on very low-power mode, although I was hoping to get things back up to speed. Anyway here's the last couple weeks' business:

So let me wrap up here the trip to Freehold Raceway Mall and then to the restaurant and ice cream place I went for a meal. This because the ice cream place was one of many happy childhood memories and I didn't know when I'd be back to it, and also it was like 60 degrees which, for mid-January, is pretty good. 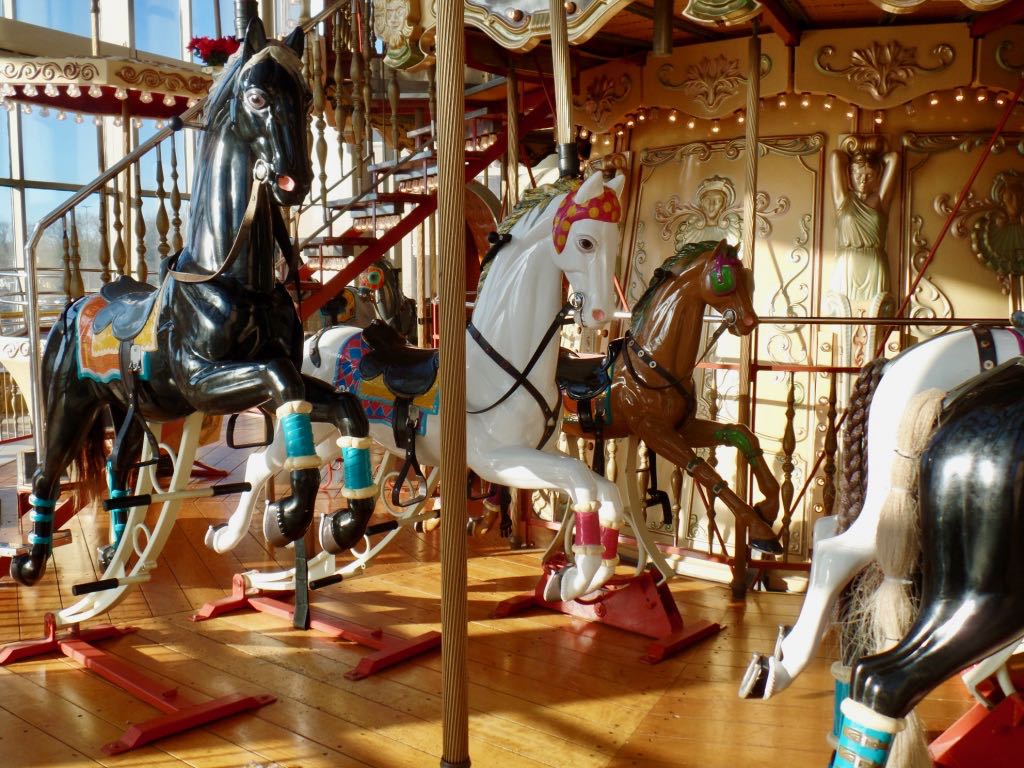 And here's a couple of the horses and the stairs up to the second tier of the Freehold Raceway Mall carousel.

Looking from behind the carousel out at the food court. Obscured by the carousel is a little corner spot that I still think of as an arcade because for, like, a year after the mall opened in 1990 it had a Simpsons pinball machine that was in awful shape (already) for a not-that-impressive game but that I'd play because when I was home from college it was nearby. 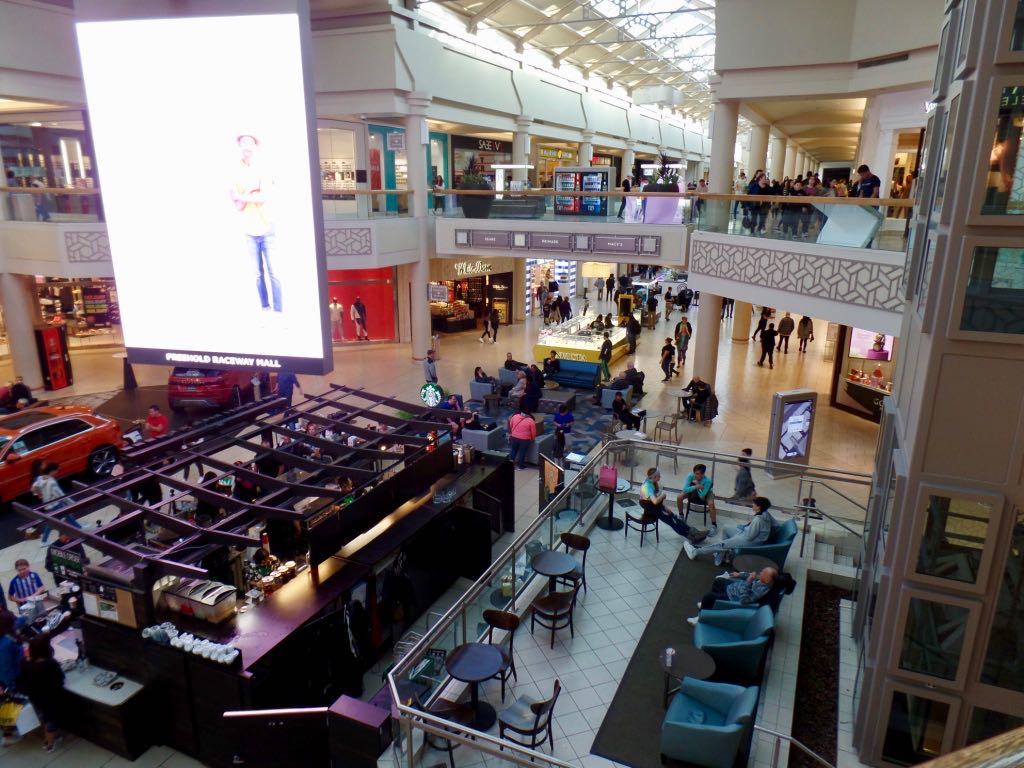 Looking down the second floor of the mall to what used to be just a big common area where they could have Santa visit or whatnot and is now mostly a Starbucks. 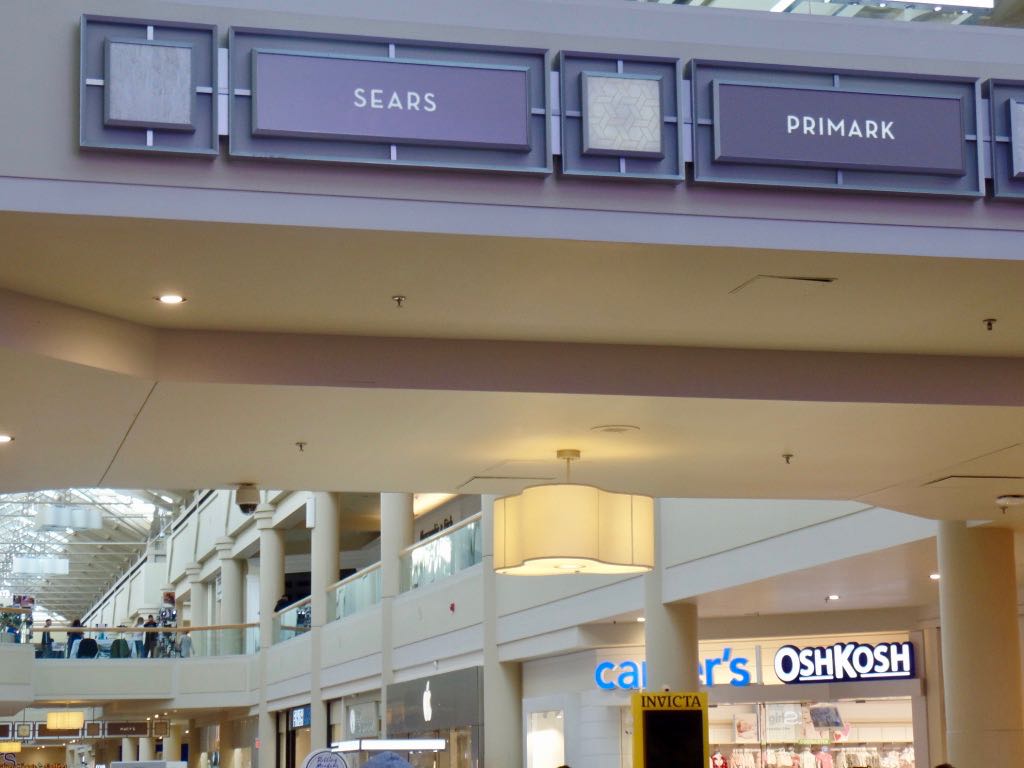 Figured that's the last time I'll ever see that sign. 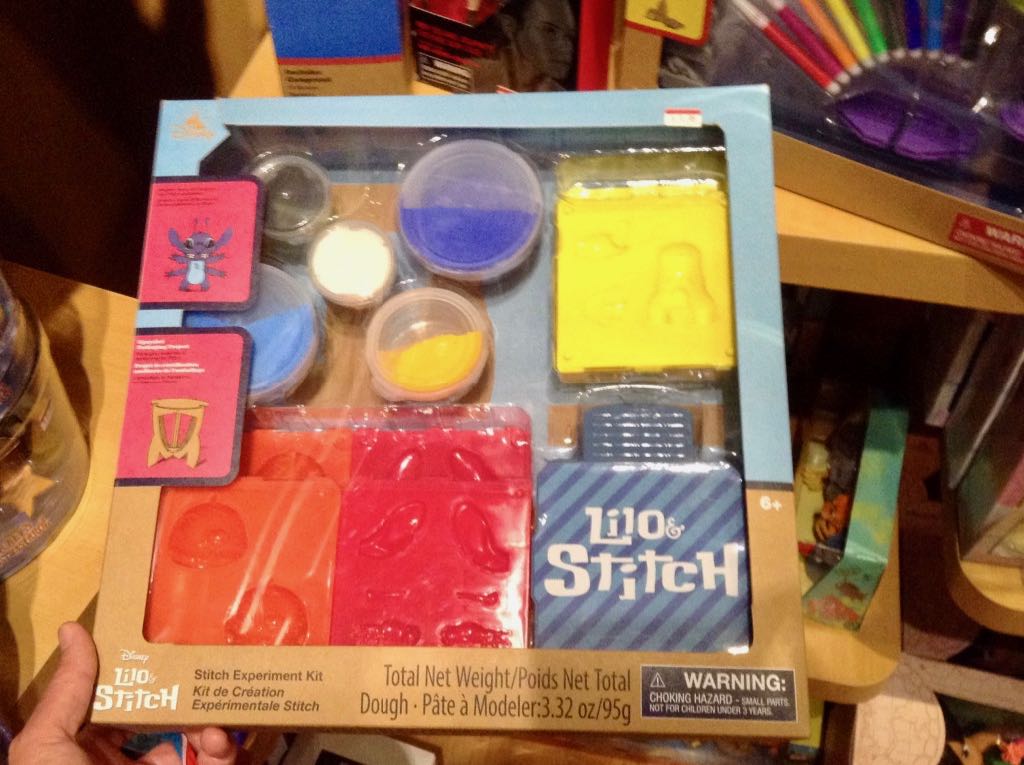 Spotted in the mall's Disney Store. So this is how Jumba created him! You wouldn't think the mall would sell illegal cast-moulding kits like this. 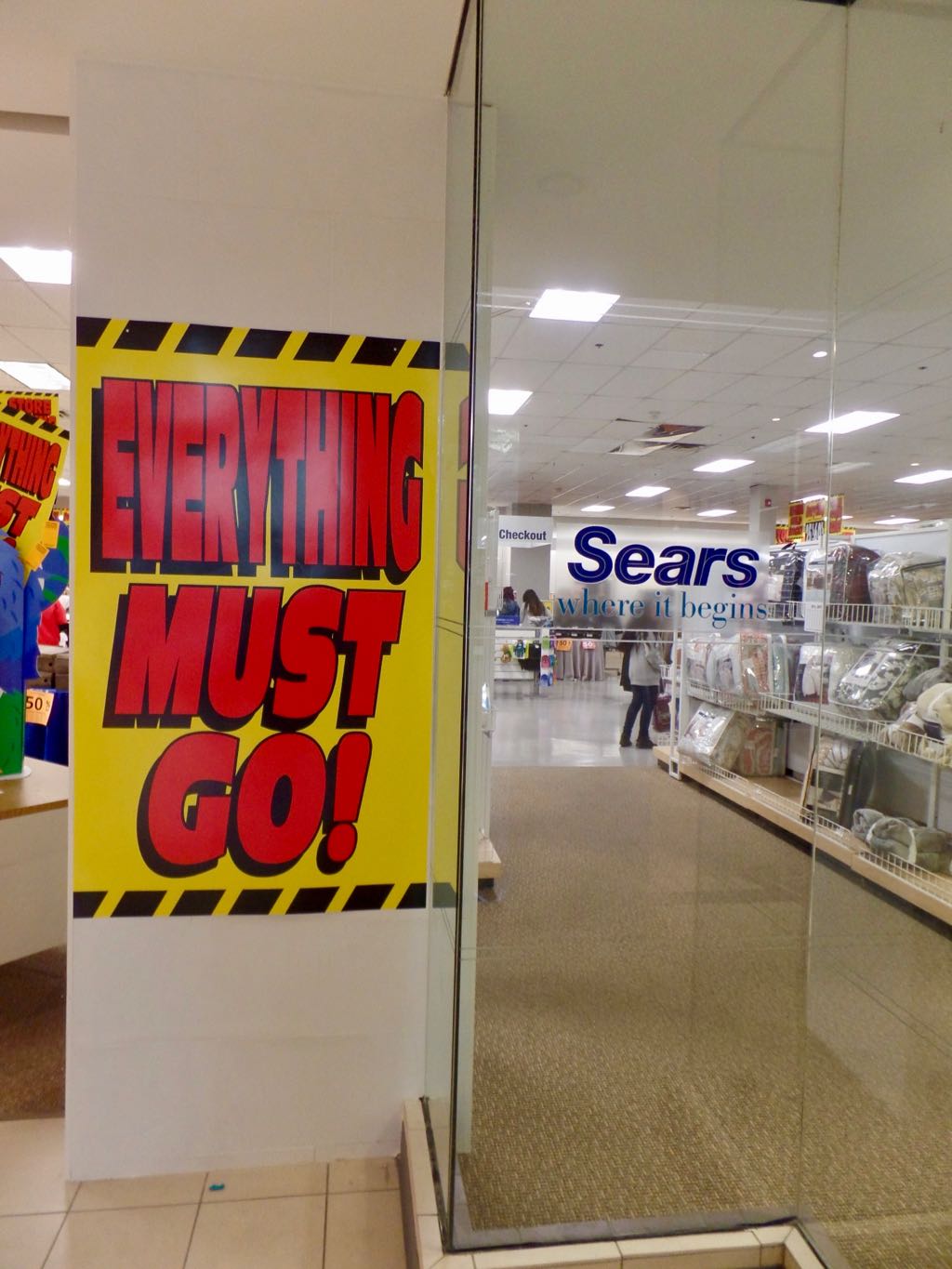 The Freehold Raceway Mall Sears's interior entrance. I couldn't resist the ``Everything Must Go!'' right next to ``where it begins''. 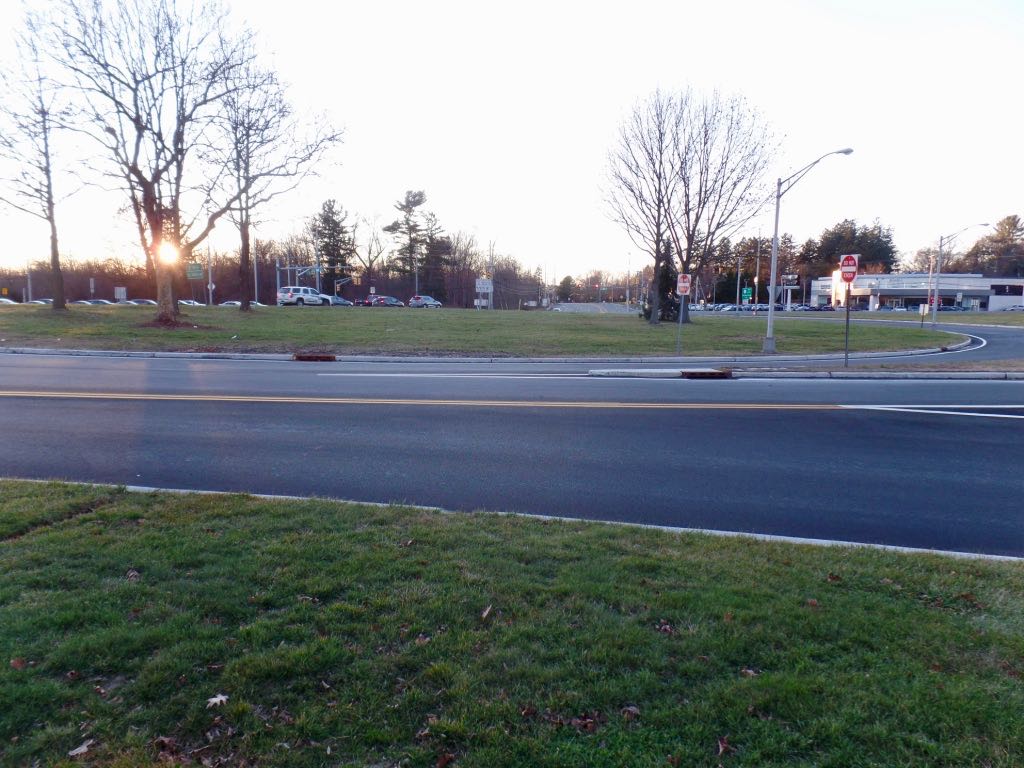 Route 34, outside Jersey Freeze. The place used to be on the rim of the Freehold Traffic Circle, which was torn out in the late 80s just before traffic planners started getting into traffic circles again. So the ice cream shop and restaurant is a fair bit from the main road, US Route 9, but it seemed to be holding on all right. 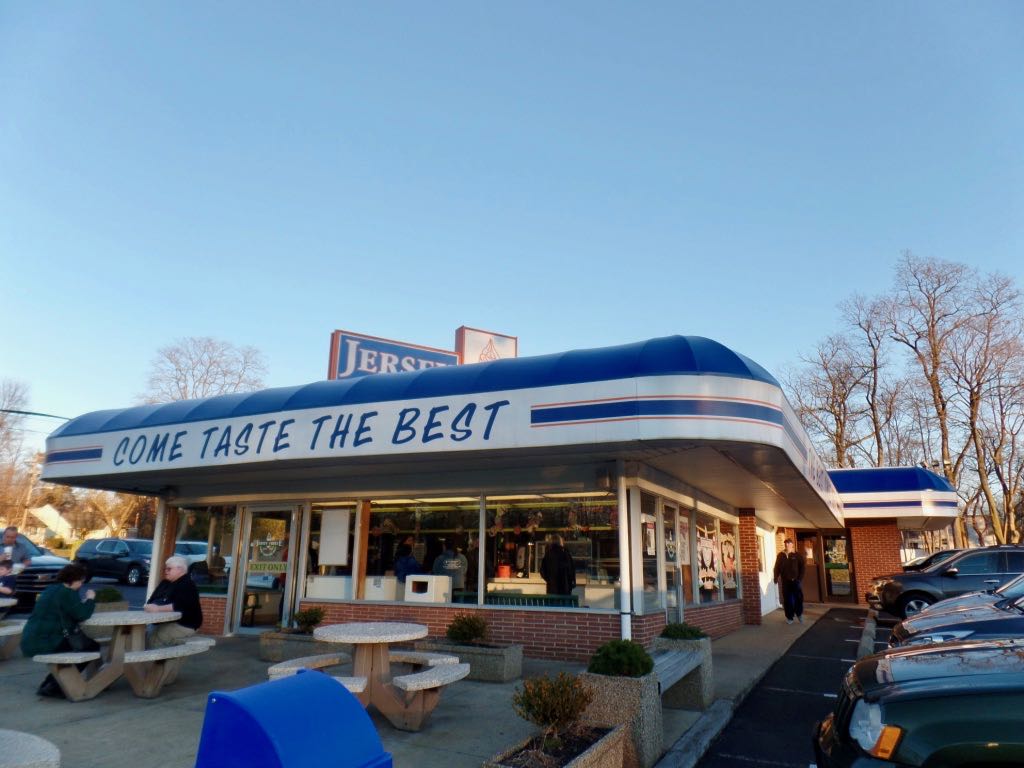 The front of the Jersey Freeze ice cream parlor. I know those aren't the same benches and tables it had when I was a kid but it's got the same feel. 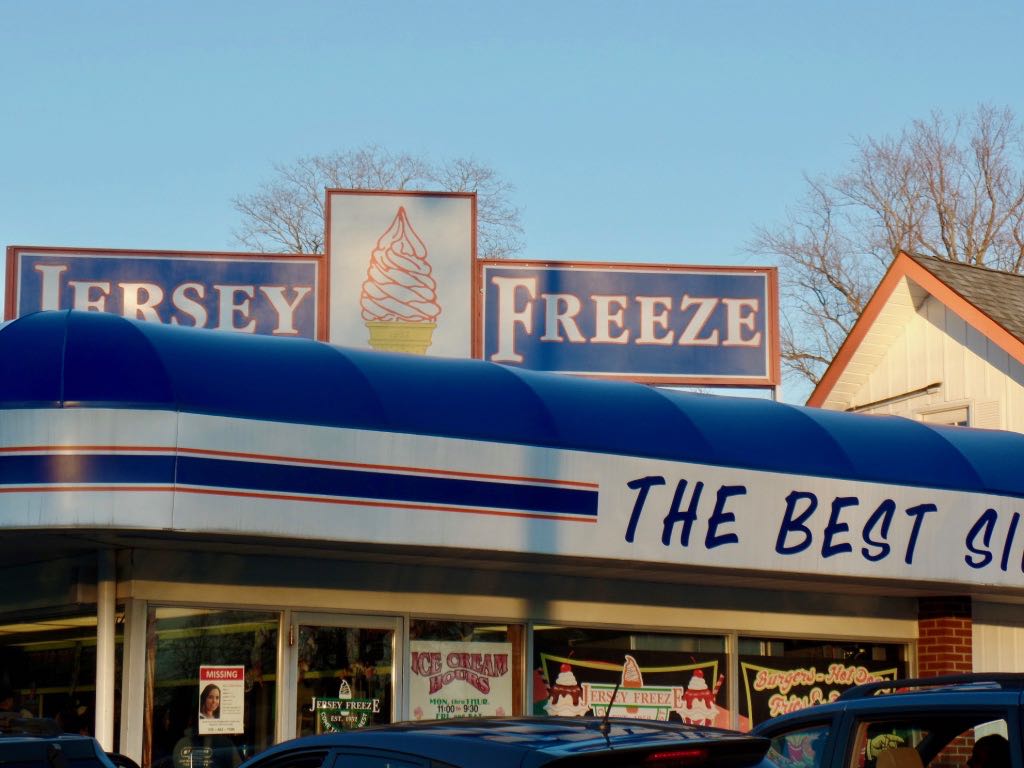 From a different angle you can see the logo. I did get a small ice cream and eat it outside and that tells you how ridiculously warm it was. I was amazed they were open at all in January but this was the weekend for it. 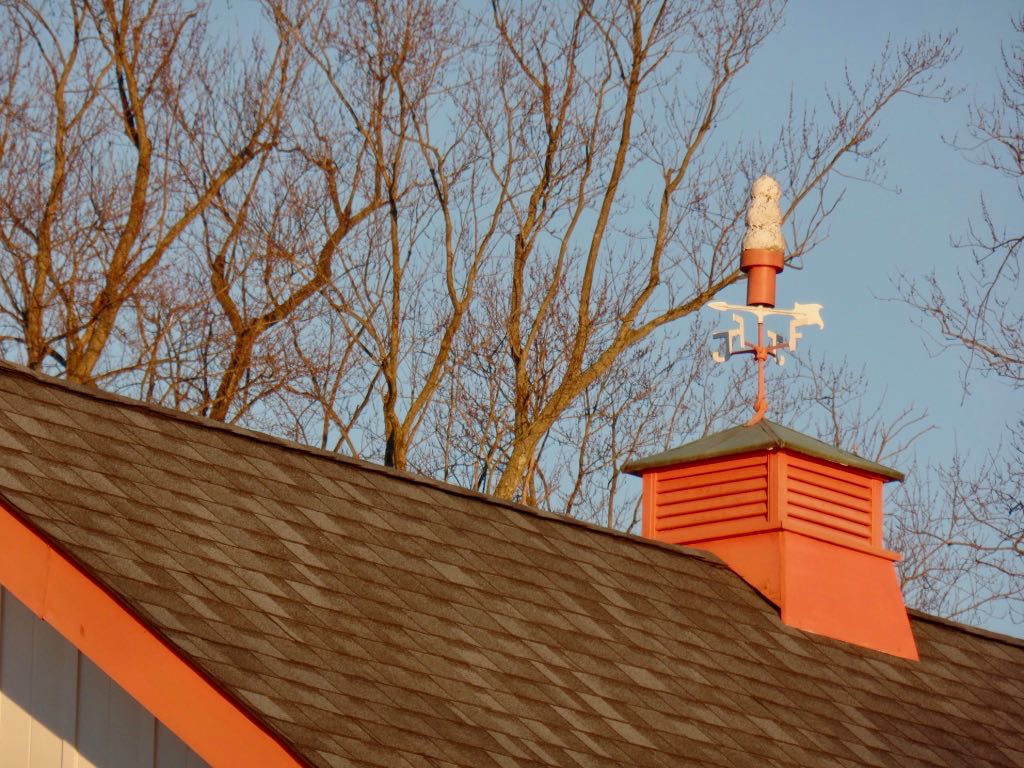