How do you measure its worth?

Here's a week's worth of humor blog, including one where I break away from talking about minor Popeye cartoons to talk about a baffling footnote in the story of the 60s sitcom That Girl.

That's fun. Let's go back to real fun, as in pinball, at the Silverball Museum in early January 2020. 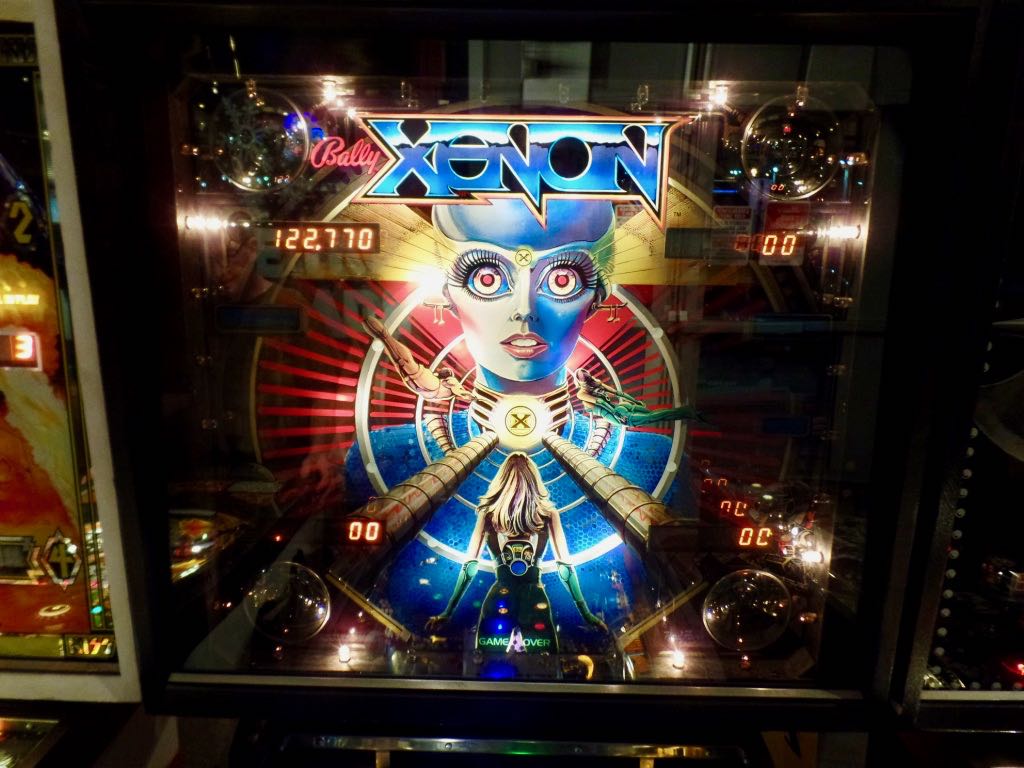 Xenon, one of the microgenre of pinball games about sultry robot women out there. This is maybe the least embarrassingly sexist of the microgenre, since the voice of Xenon is giving you directions about how to play properly, and the game does not groan with pleasure (so far as I know; it might be that buying a credit gets you a groan, the way Bride of Pinbot and also Creature From The Black Lagoon do). Also it's got that great ``Spock's encounter with the giant holographic Lieutenant Ilia inside V'Ger'' aesthetic. 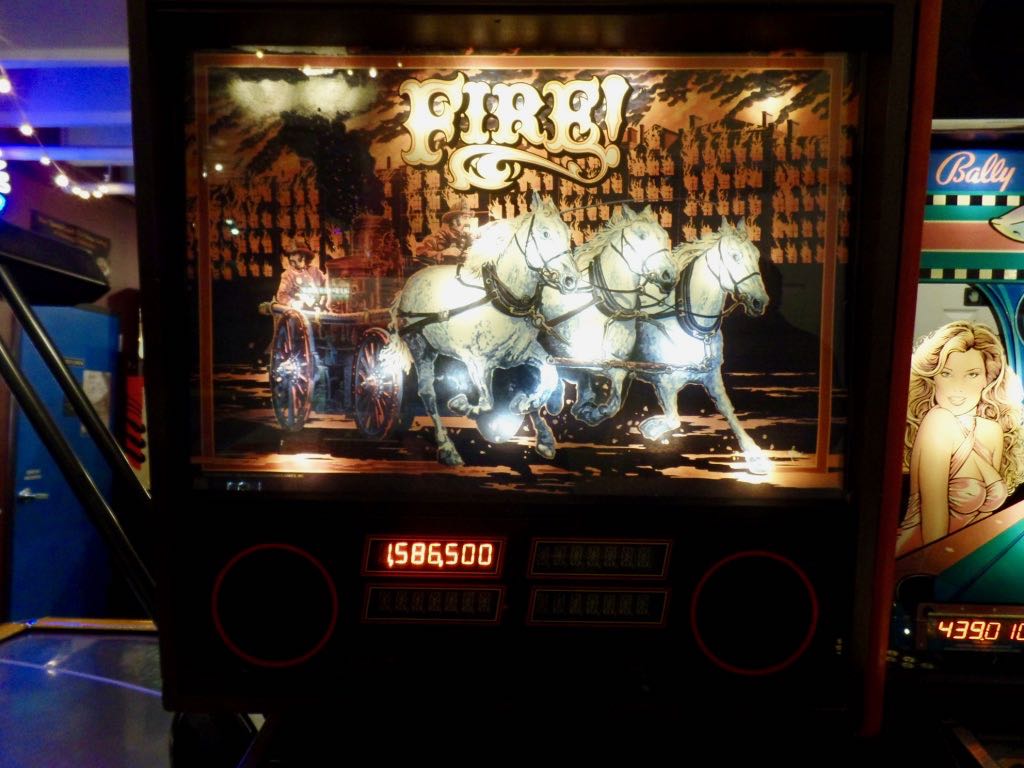 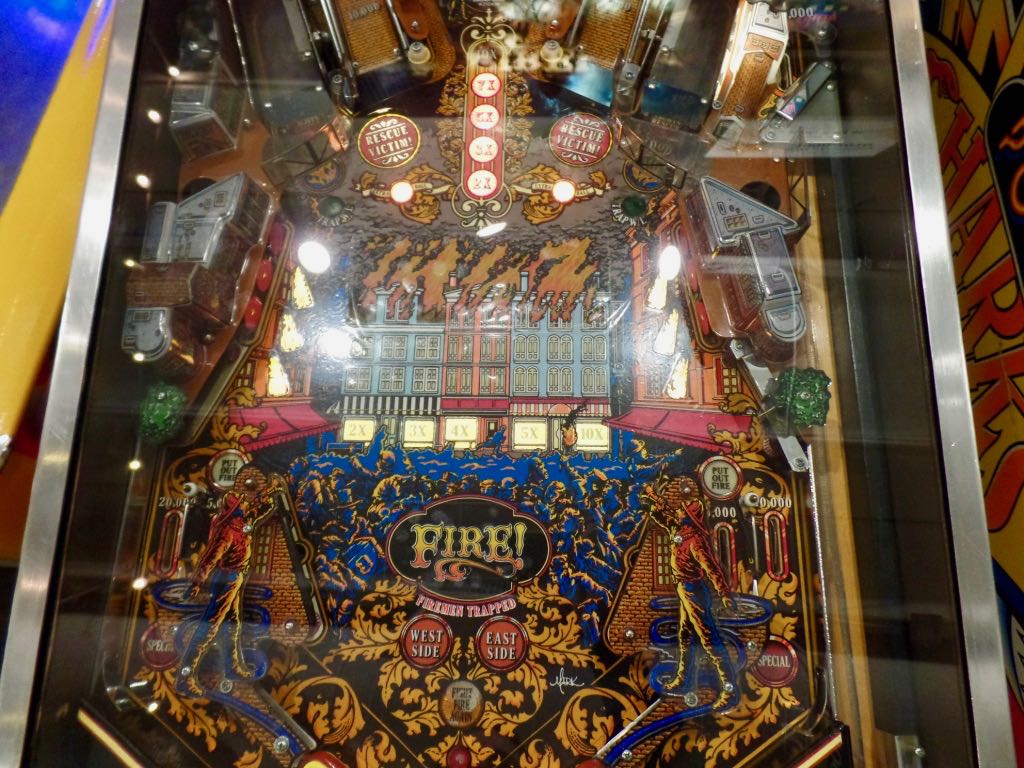 Playfield of Fire!, which is also quite symmetric, though not quite to 1950s standards. It's possible to get a multiball going on Fire, but hard even for games of that era. 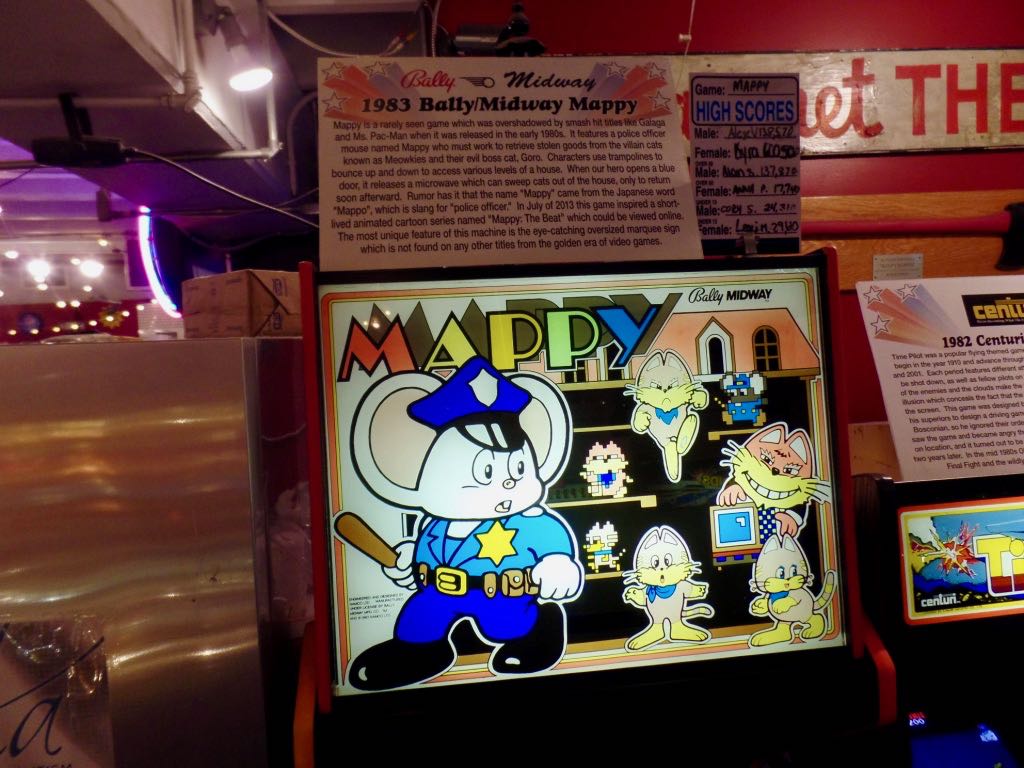 Silverball Museum has some video games too, including here one of 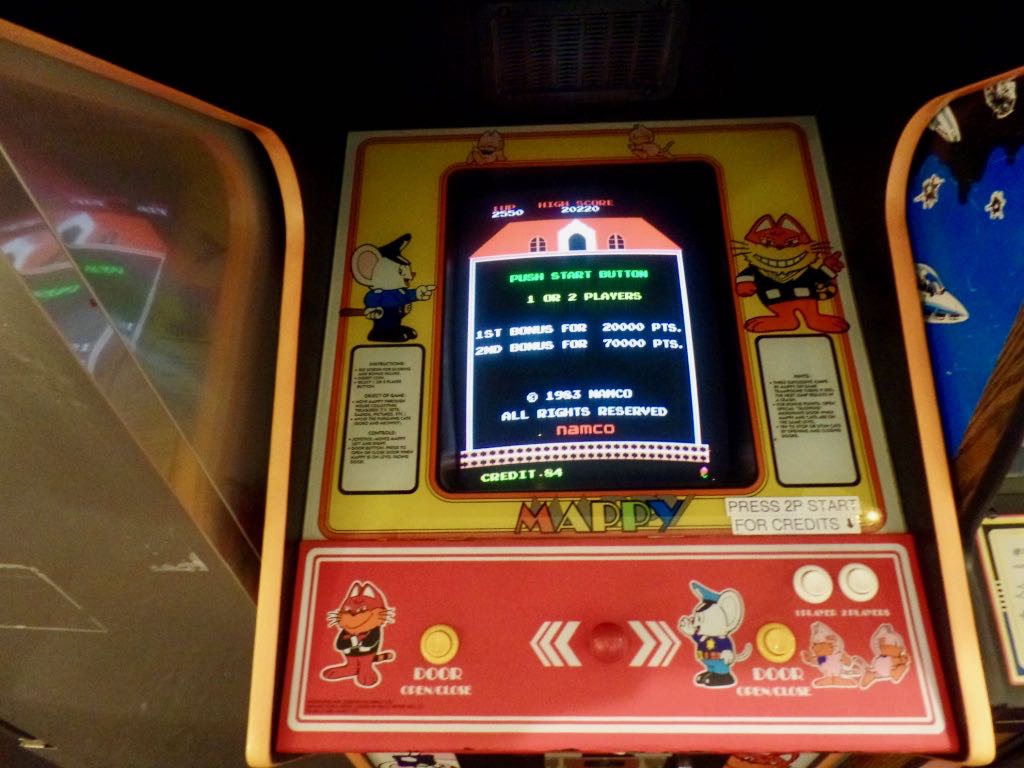 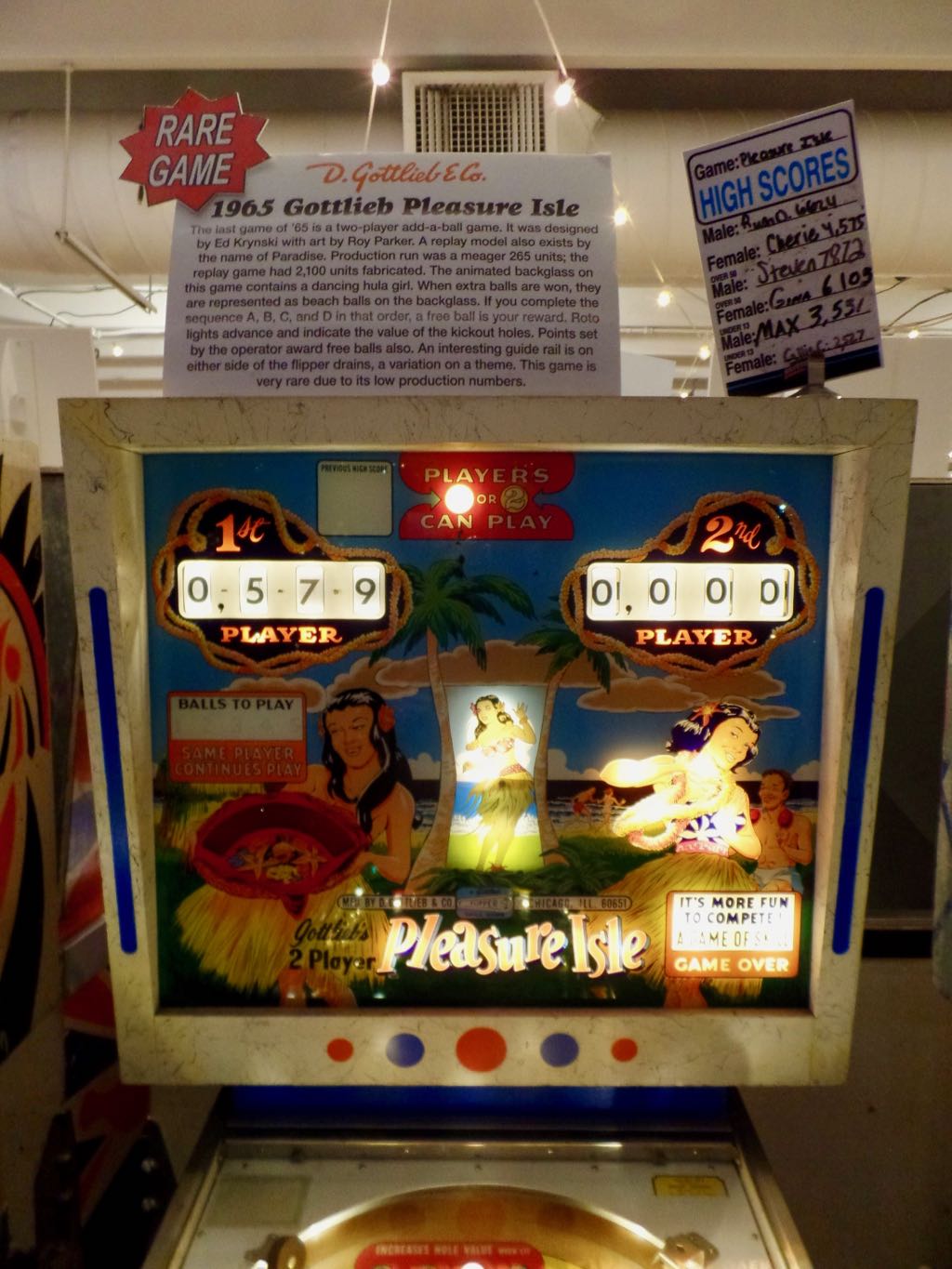 Pleasure Isle, a rare game --- their card says there were only 265 of this add-a-ball version made. (There was also a version that gave replays, about two thousand of which were made.) The game had a backglass gimmick, a hula girl who'd shake sometimes. Look, a gimmick doesn't have to be deep, it just has to be. 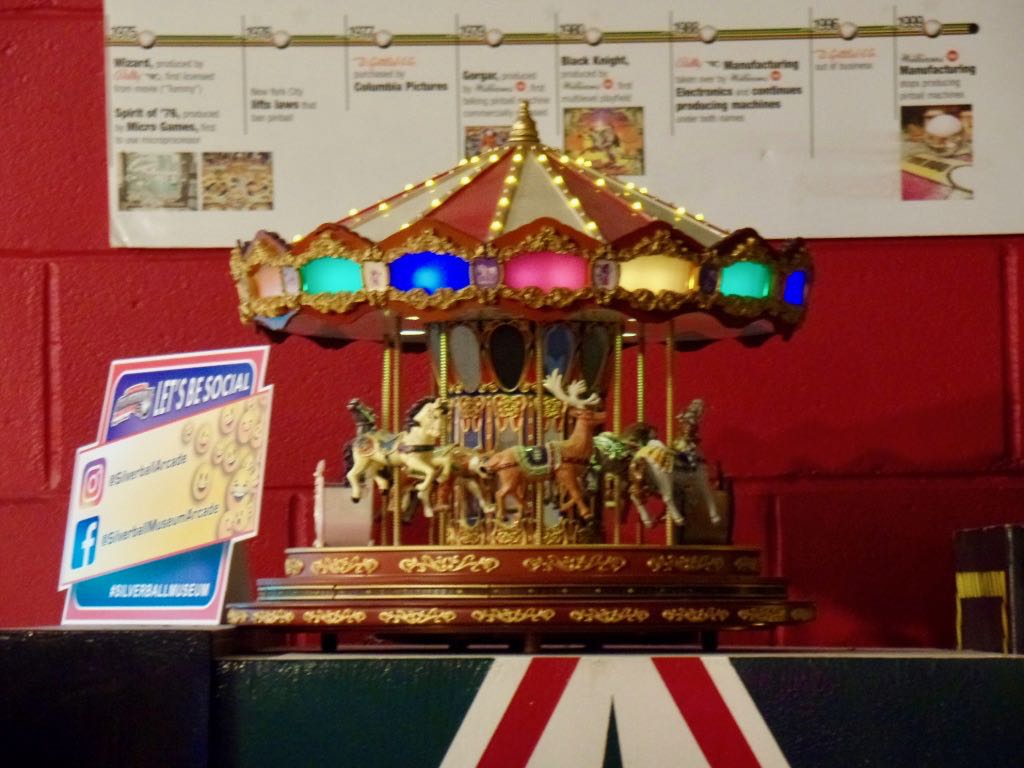 A little carousel sitting atop ... I want to say the bowling simulator that's never turned on. In the background is a pinball timeline that contains a very select couple highlights of pinball history. 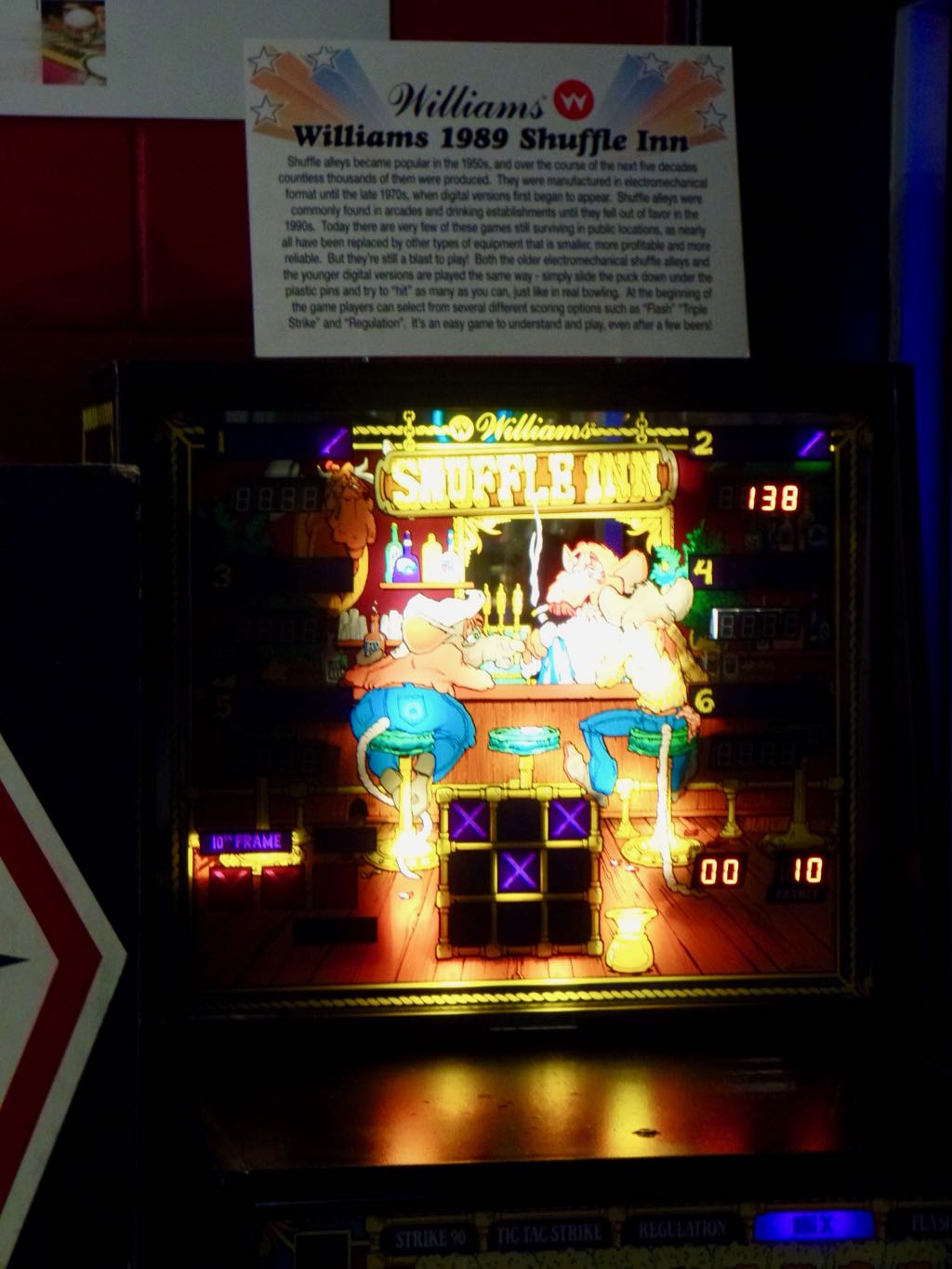 Shuffle Inn, among the last of Williams's mechanical bowling simulators, a part of the coin-op game world that's fun and gets relatively little love. So far as I know anyway. 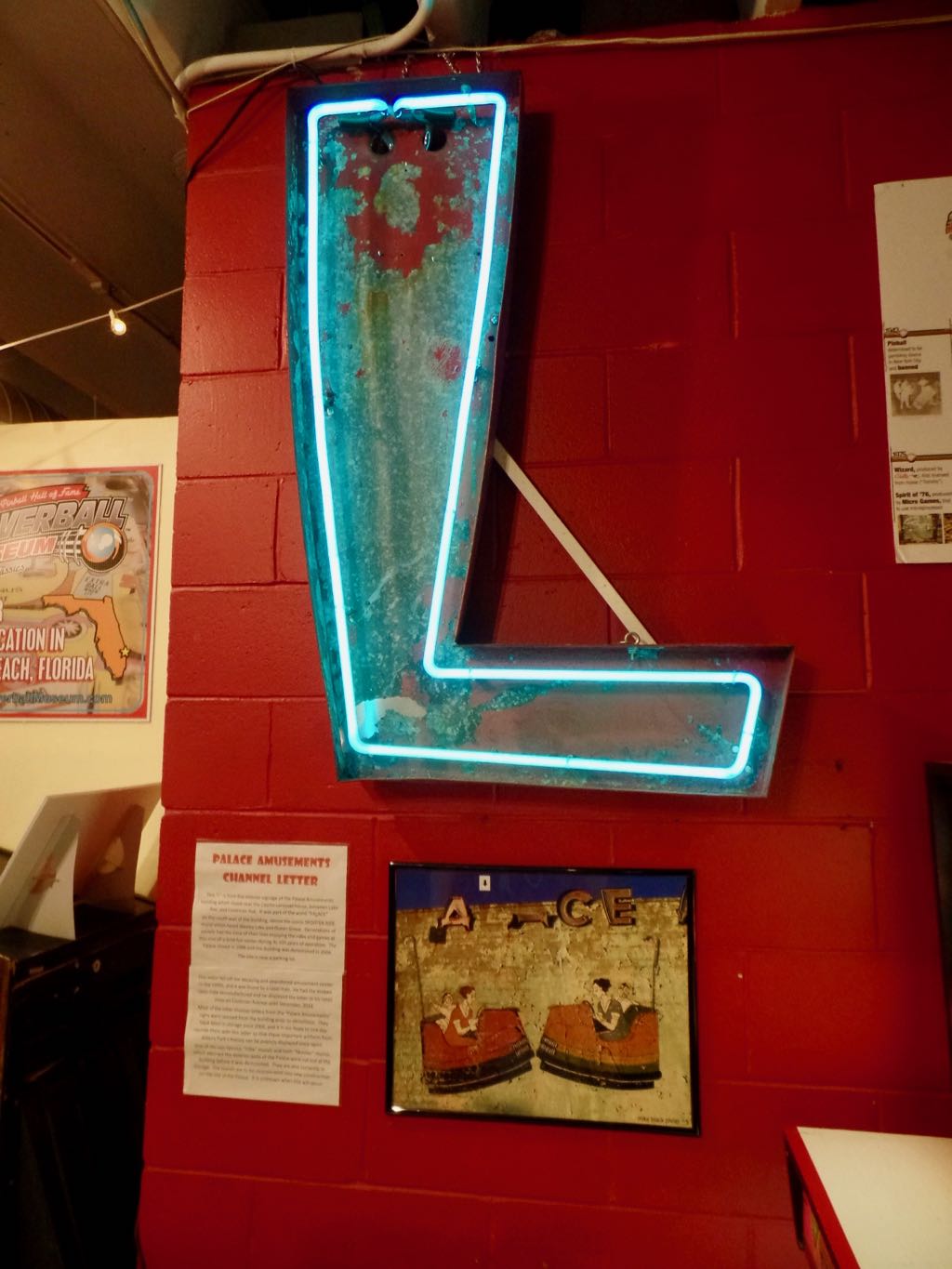 A letter L salvaged from the Palace Amusements hall before its 2004 demolition.

Trivia: Heckle and Jeckle did not pick up their Bronx-and-British accents until their fifth cartoon, 1947's Cat Trouble. Source: Terrytoons: The Story of Paul Terry and His Classic Cartoon Factory, W Gerald Hamonic.

Currently Reading: A Square Meal: A Culinary History of the Great Depression, Jane Ziegelman, Andrew Coe. And I discover that Coe wrote a history of Chinese food in the US that I gave

bunny_hugger's brother a couple years ago, and kept thinking to read for myself, but I couldn't remember the title or author. So that's nice to have resolved.