bunny_hugger. I'm sorry it's not a better one.

I stayed at the Silverball Museum until its close, that Sunday I was back in New Jersey in January 2020. Was figuring at the time that I'd push the boss into bringing me back every couple months and was thinking, boy, could probably get out in June or so, bring

bunny_hugger along for a little more pinball, maybe a trip to Dorney, maybe get to New New Coney Island, that sort of thing. 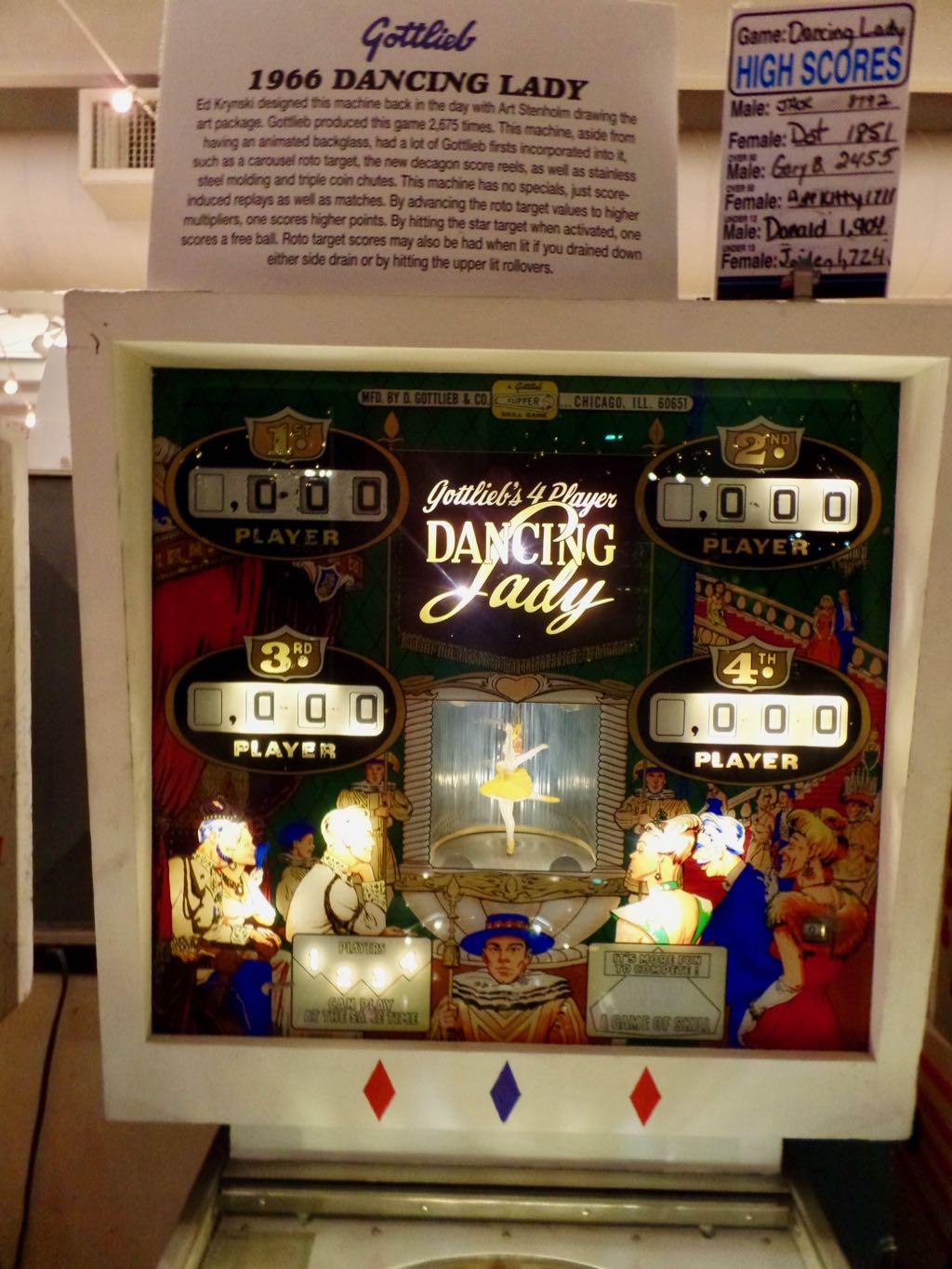 Gottlieb's 1966 Dancing Lady, another game with a backglass gimmick. In this case, a ballerina figure that spins around, I want to say each time 100 points are made. Something like that, an event often enough but not omnipresent. It was also the first pinball game to have the modern 'apron', that wedge at the bottom of the playfield where there's room for an instruction card and replay score lists and all that. 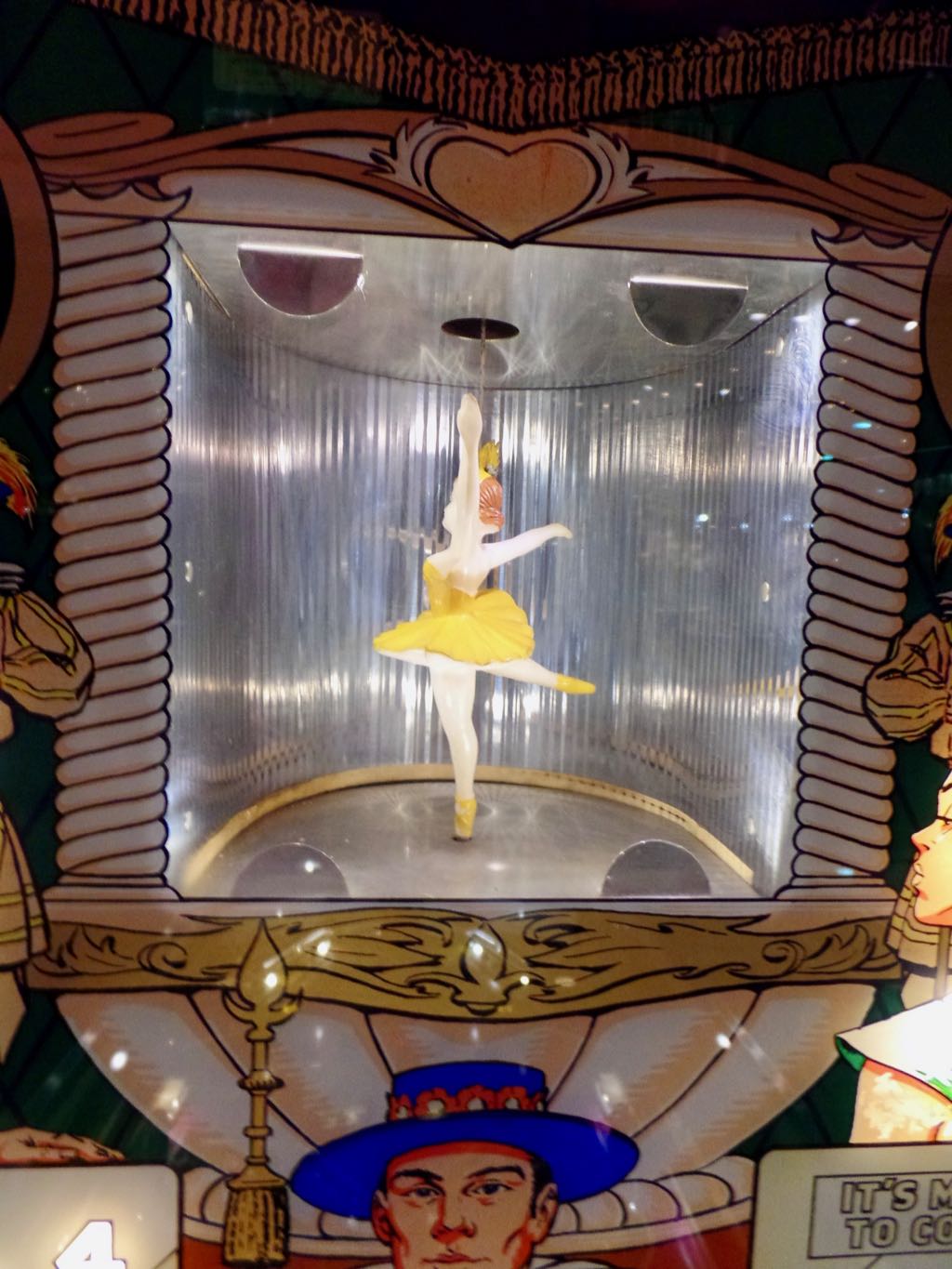 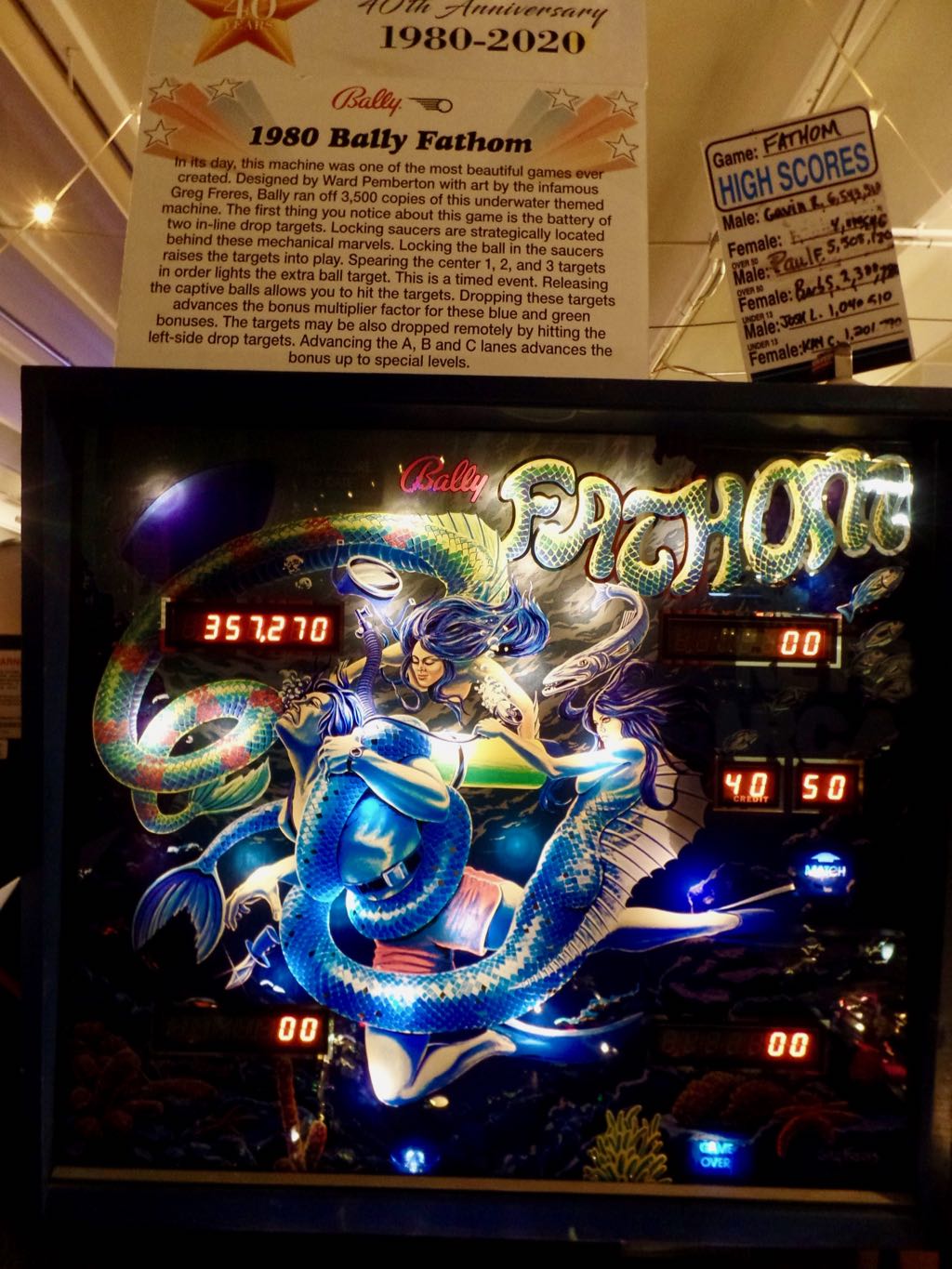 Yet another anniversary game, here Fathom. Turns out the venue for Michigan State Championships would have a Fathom so this would have been a good chance for me to work out strategies and learn rules, but, y'know, it's an early-solid-state so what you mostly hope for is let the other guy lock a ball and maybe you can release it. 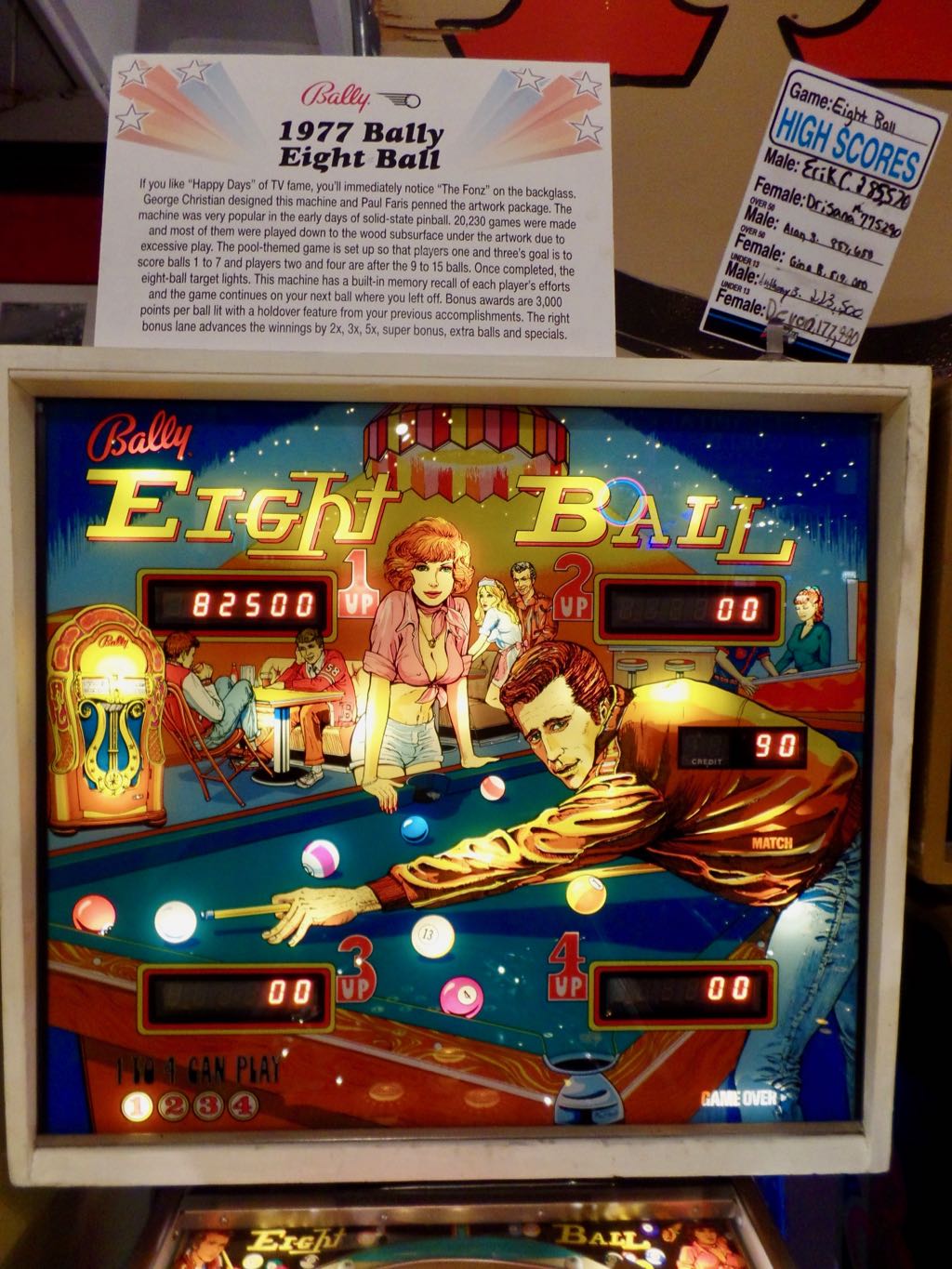 Silverball Museum's instance of the Fonzie Eight-Ball. This game's a mostly loved standby at Fremont tournaments. 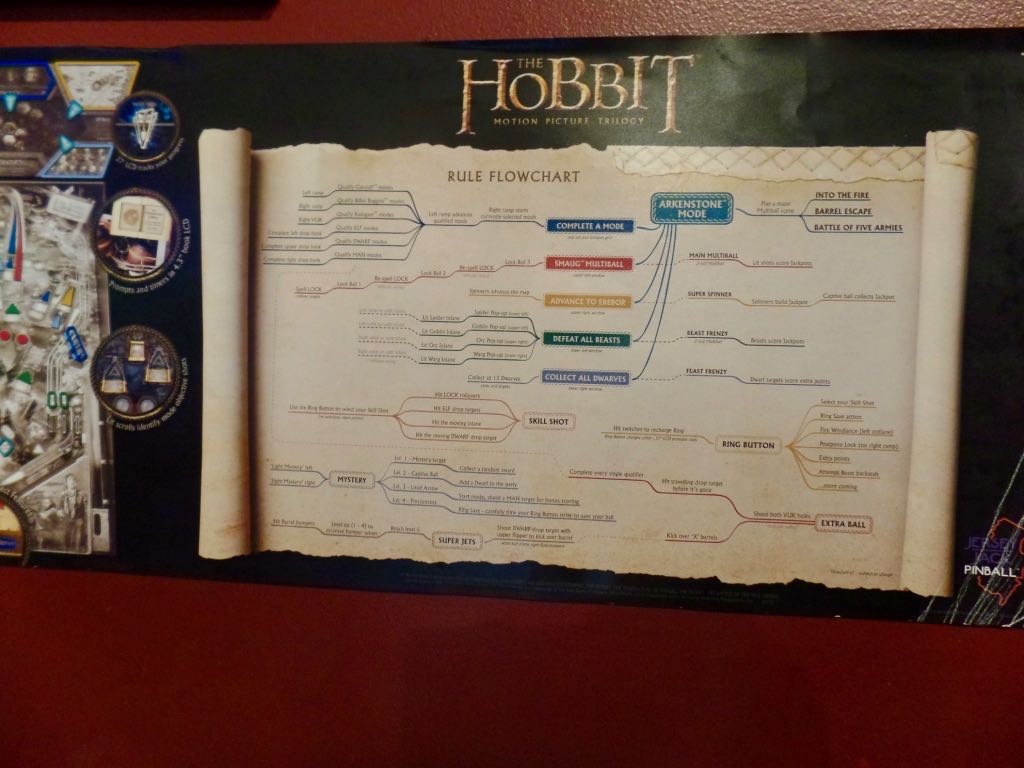 A poster explaining the progression of modes for Jersey Jack's The Hobbit. Which is great even though I ... somehow ... had an intuitive understanding of most of this? I don't know how, but it's reassuring to know that I had an idea of why the game was taking on this mode now of all times. 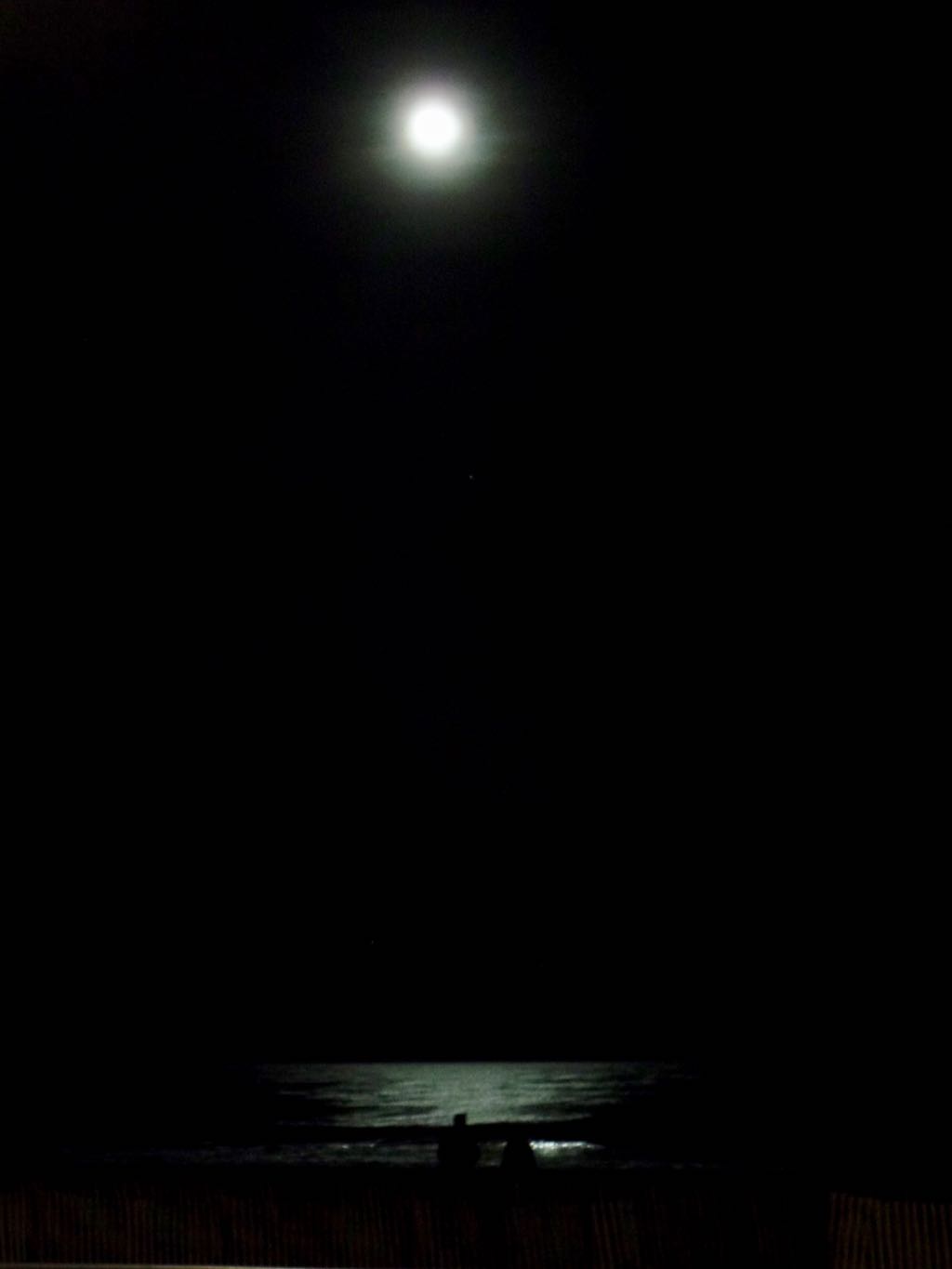 Moon rising over the Atlantic Ocean, after the museum closed for the night. Early, since it was a winter night, but it still wasn't, like, cold. 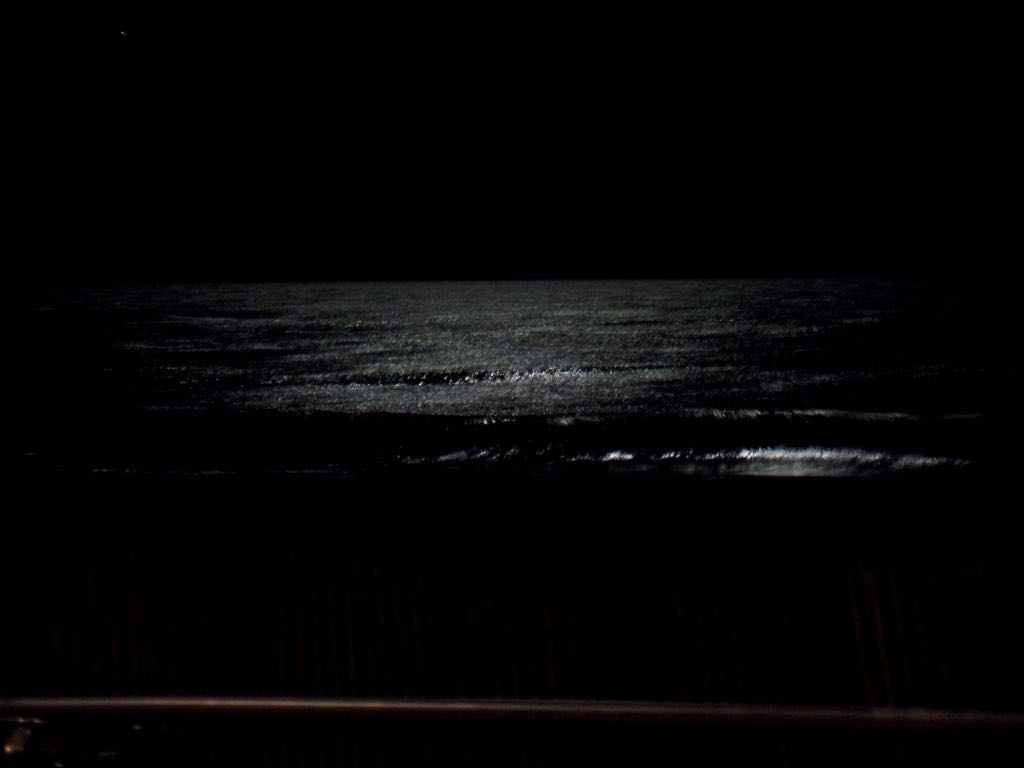 Moonlight reflected in the ocean waves. 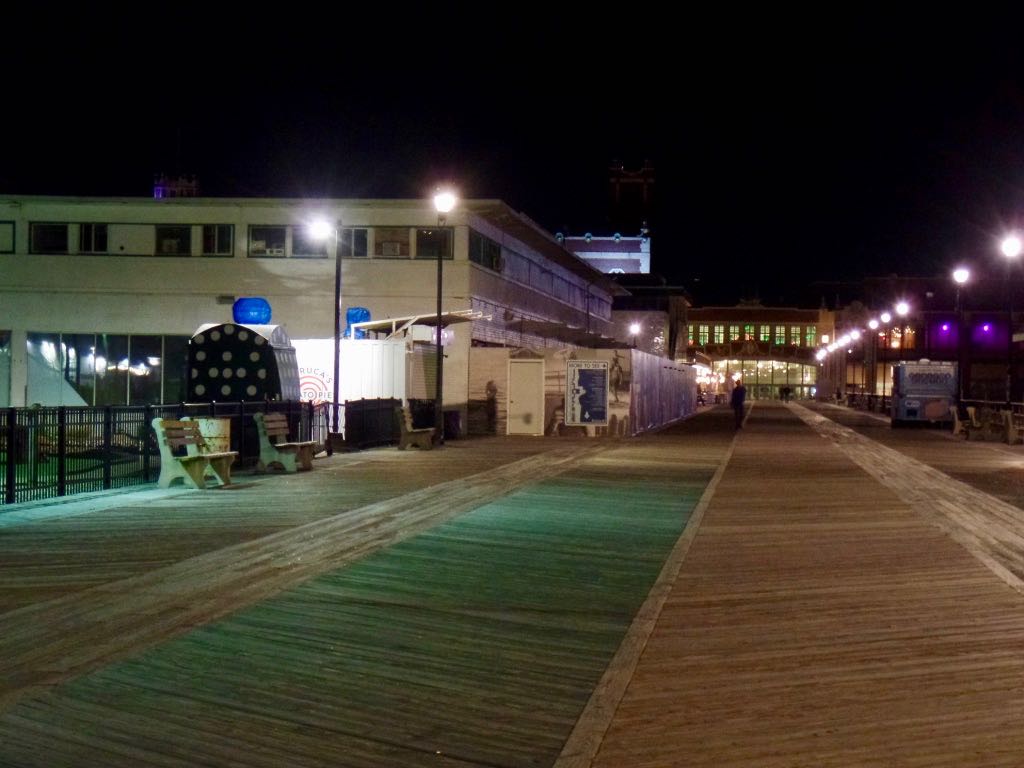 Looking north along the Asbury Park boardwalk by night. 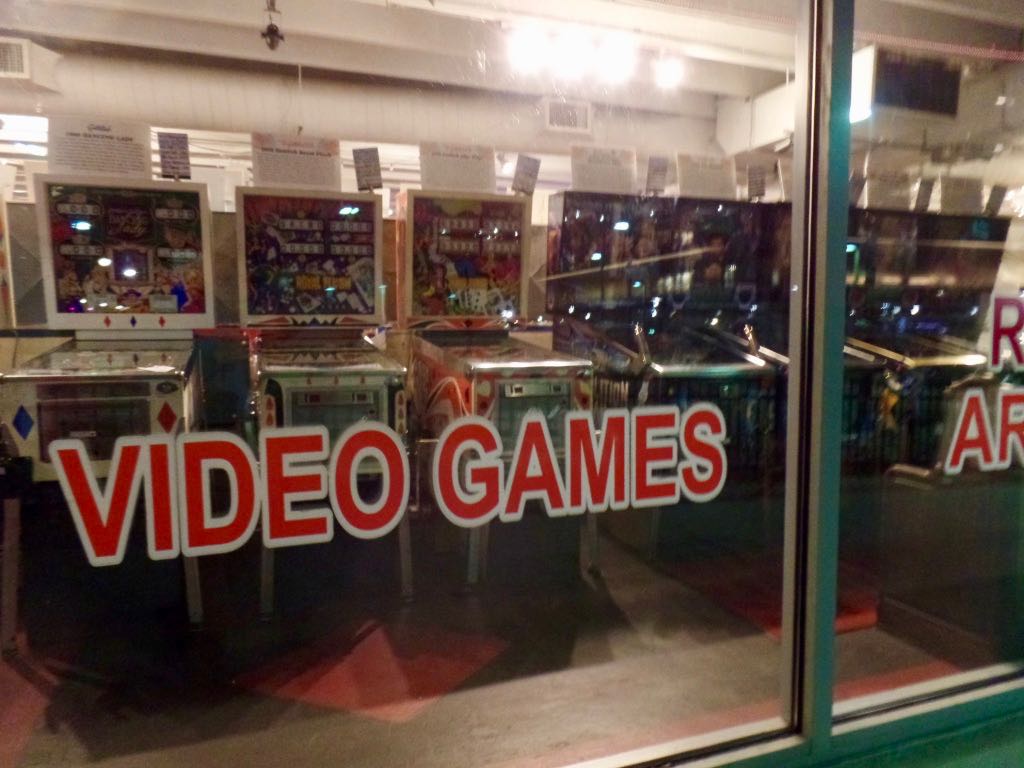 No, no, I've seen video games and those aren't them. 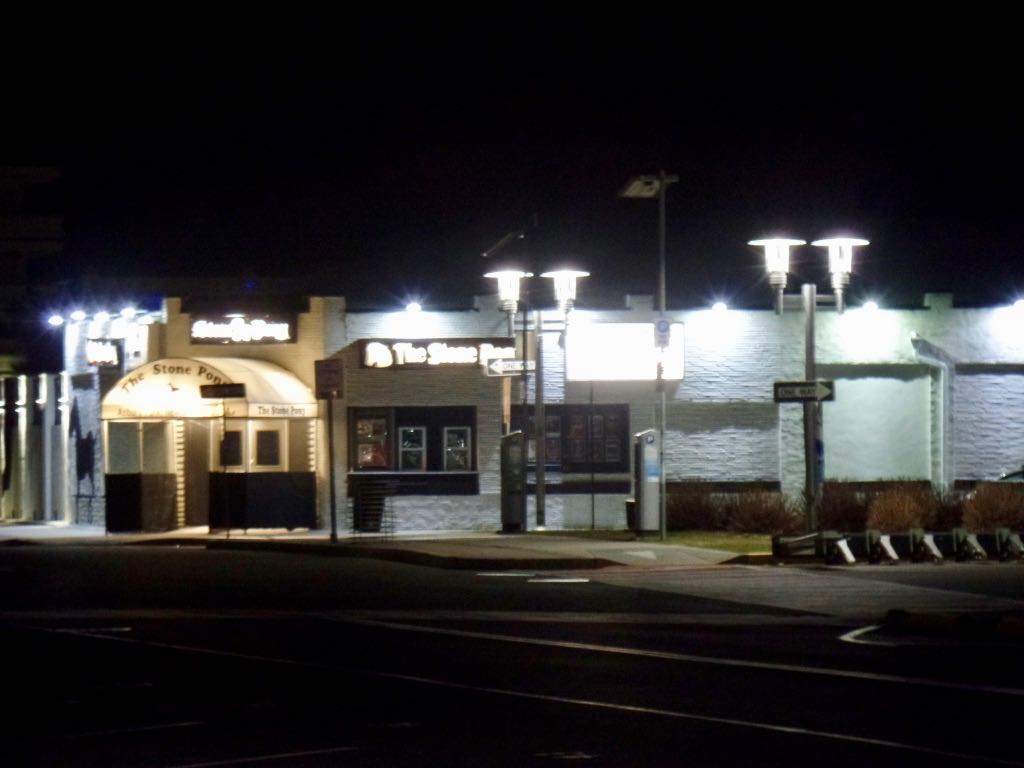 Oh, and since I didn't know when I'd be back, a shot at the Stone Pony, which is just across and down the street a little.

Trivia: The Great Republic, a clipper ship built by Donald McKay in 1853, had a displacement of 4,555 tons. It caught fire later that year. Source: Yankee Science in the Making: Science and Engineering from Colonial Times to the Civil War, Dirk J Struik. (Wikipedia explains it was burned to the waterline and scuttled to save the deck at least. After being declared a total loss, it was salvaged and rebuilt as a smaller clipper, going into service until 1872 when it sank.)

Currently Reading: A Square Meal: A Culinary History of the Great Depression, Jane Ziegelman, Andrew Coe. There is something in the Monty Python and the Holy Grail guards scene about how, over and over and over and over and over again nutrition experts and social workers and home economists say, what people need is to have adequate food and they can't possibly work or have dignity without more food no matter how much you shame them for it, and then governments and charities declare, ``right, so, give them a measly bit of joyless food and humiliate them until they stop asking, got it''. And we're still beating our heads against this wall ninety years later.