Yeah, still not much going on in my mathematics blog. I've been preoccupied. But here's a couple weeks' worth of writing from it:

With the weekend over I had ... well, a couple days of nothing big. Not much sense taking photos of the office, and only a little sense taking pictures of the extended-stay hotel room I was in for the next several days. So the next thing in my photo roll is from Thursday when I had to check out by 11:00 and didn't have to be at the airport until about 4:00 for what was supposed to be an early evening flight and turned into a 10pm flight. 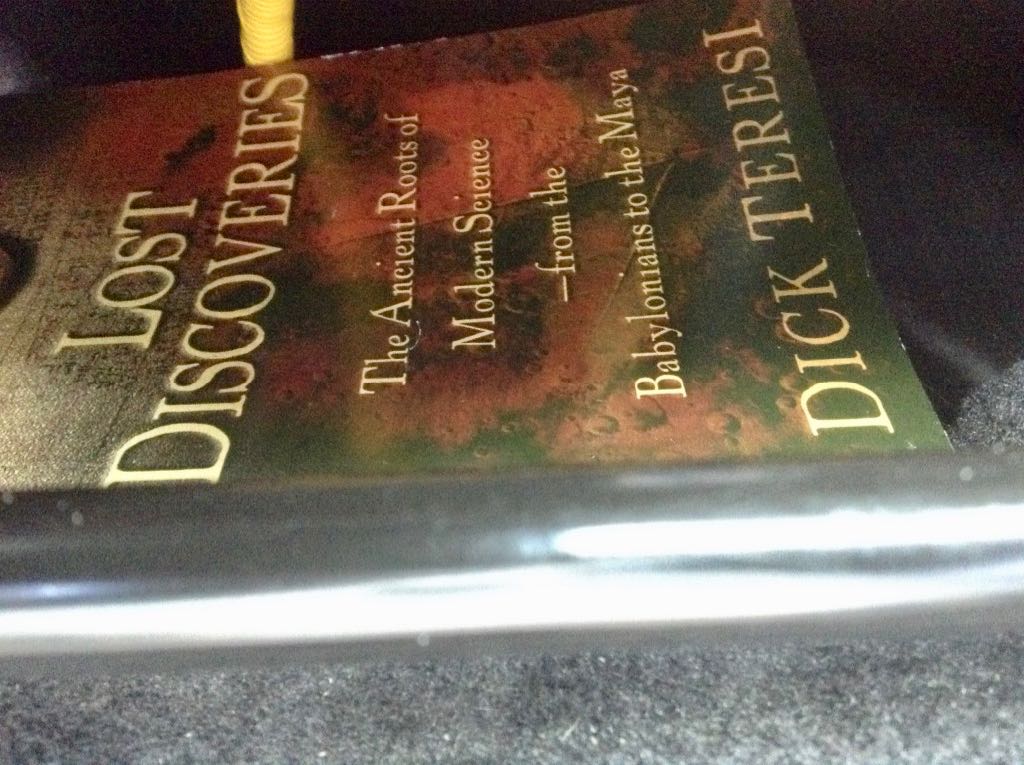 And hey, look what I discovered, lost underneath the seat of my rental car! ... I believe that this was a book I'd gotten at the Book Garden, and didn't realize had slid into hiding, but discovering a lost book that's titled Lost Discoveries is just too silly not to memorialize. 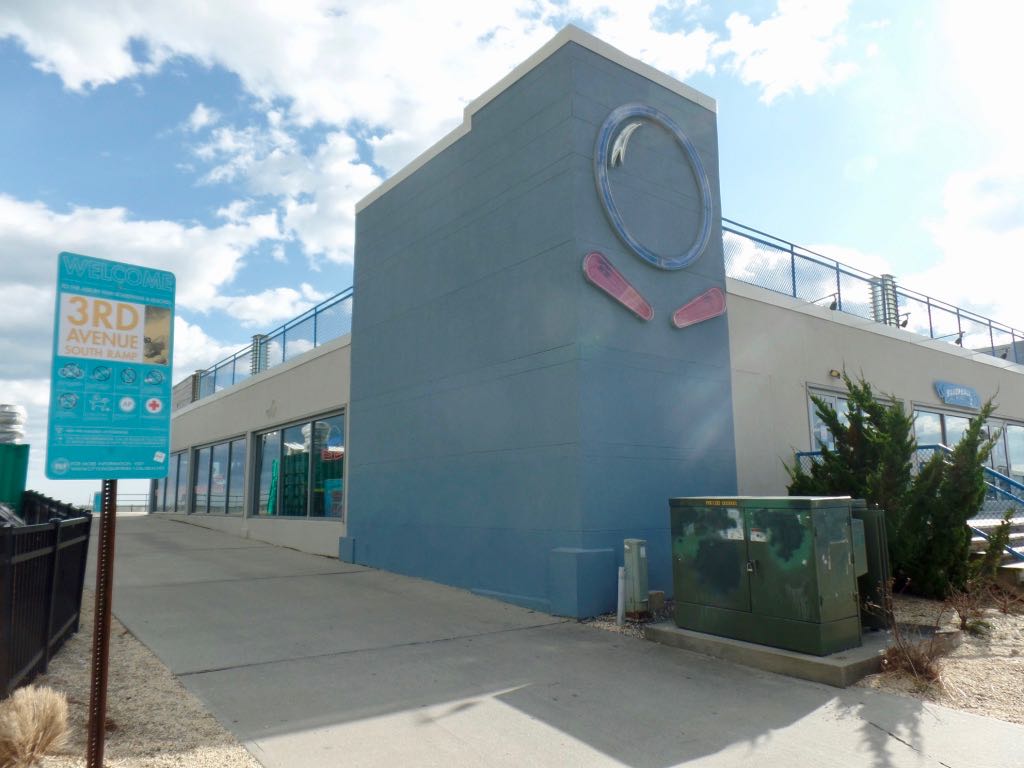 And, for want of a better idea what to do, I went back to the Silverball Museum! They sell three-hour wristbands too and that was just about the time I had. Here's what the city-facing side looks like by day. 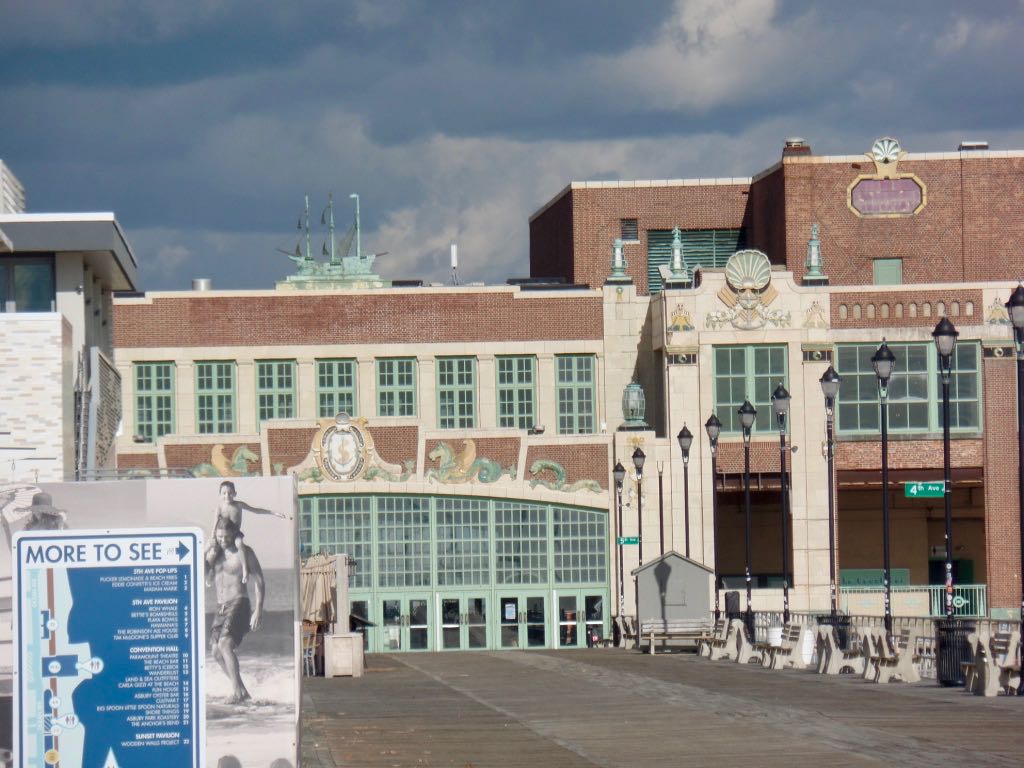 The convention center as seen by day; you can make out the hippocampuses and whatnot above the doors. 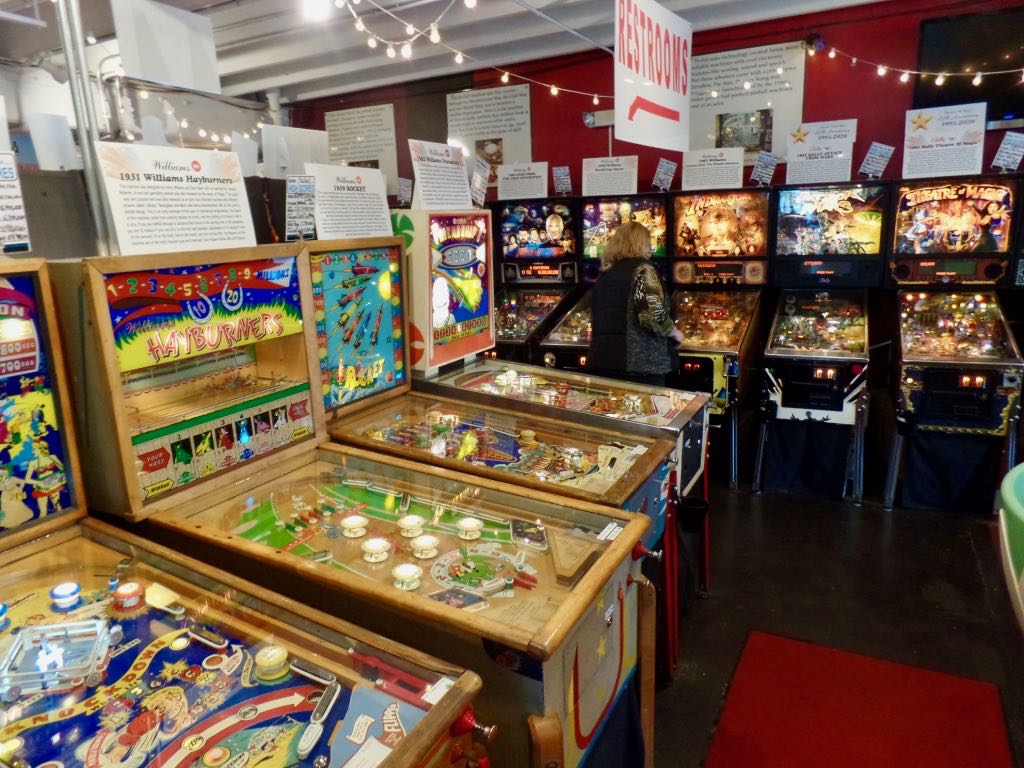 Getting back inside. Woodrail games and, in the distance, the 90s Williams row. 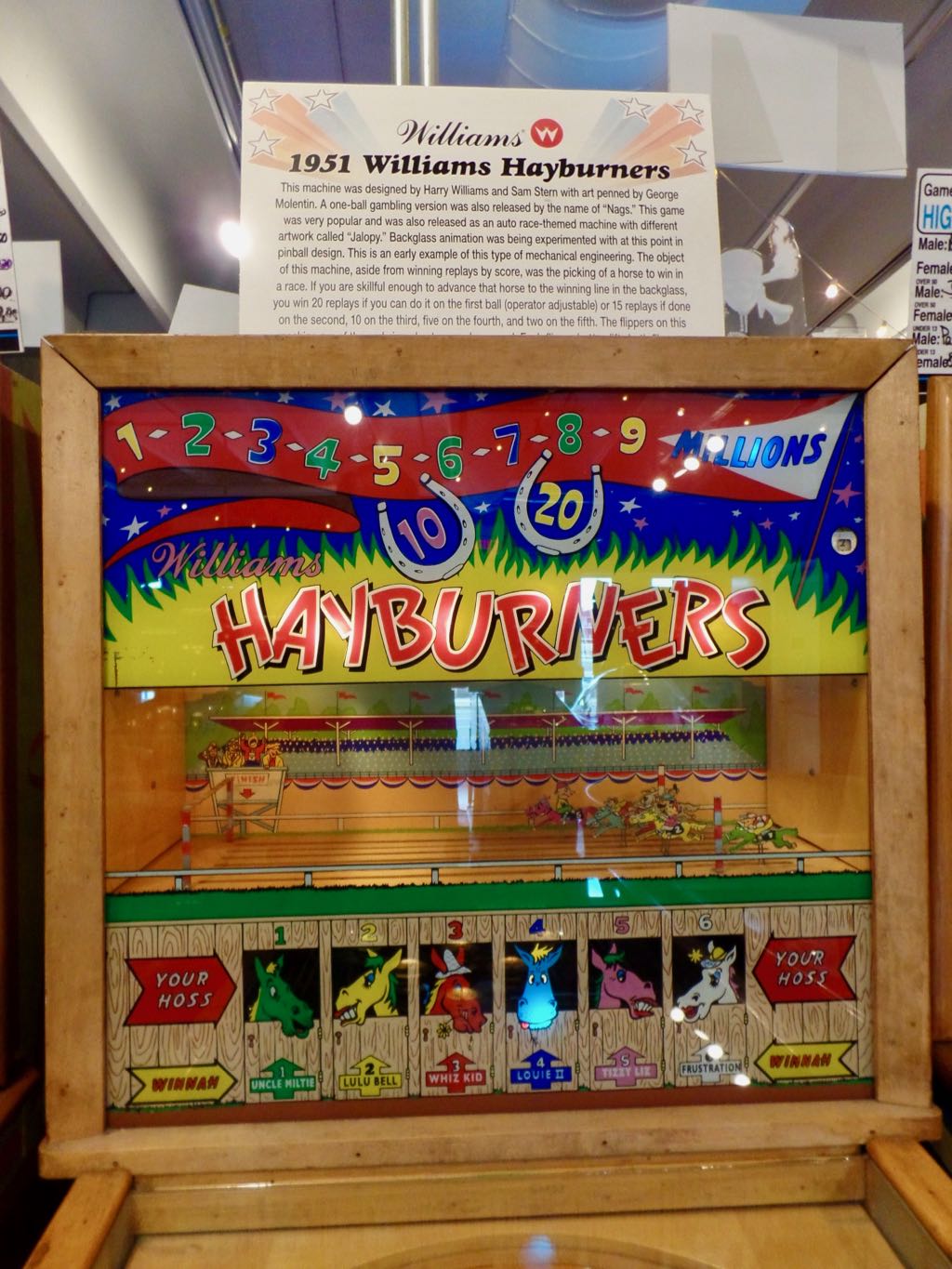 The 1951 game Hayburners, with a gimmick where various targets advance one of the horses. There's targets that switch which horse advances, too. 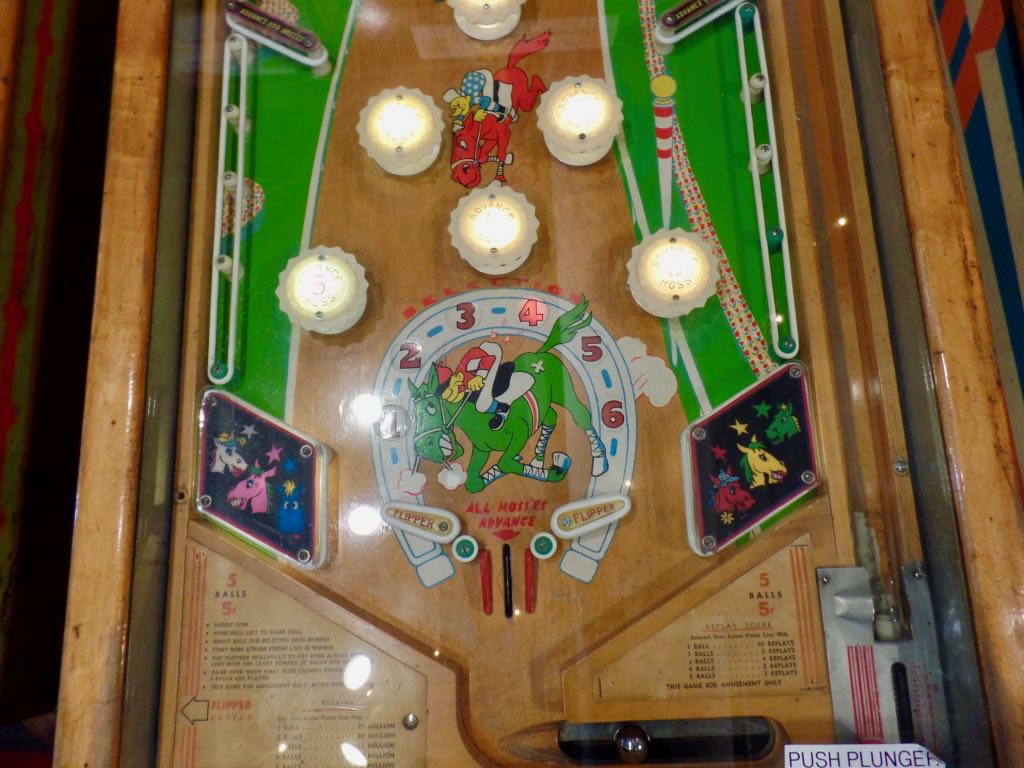 Lower playfield of Hayburners. 1951 is just a couple years after flippers came to pinball at all, which surely explains why they face the wrong way and there's no inlanes and all. 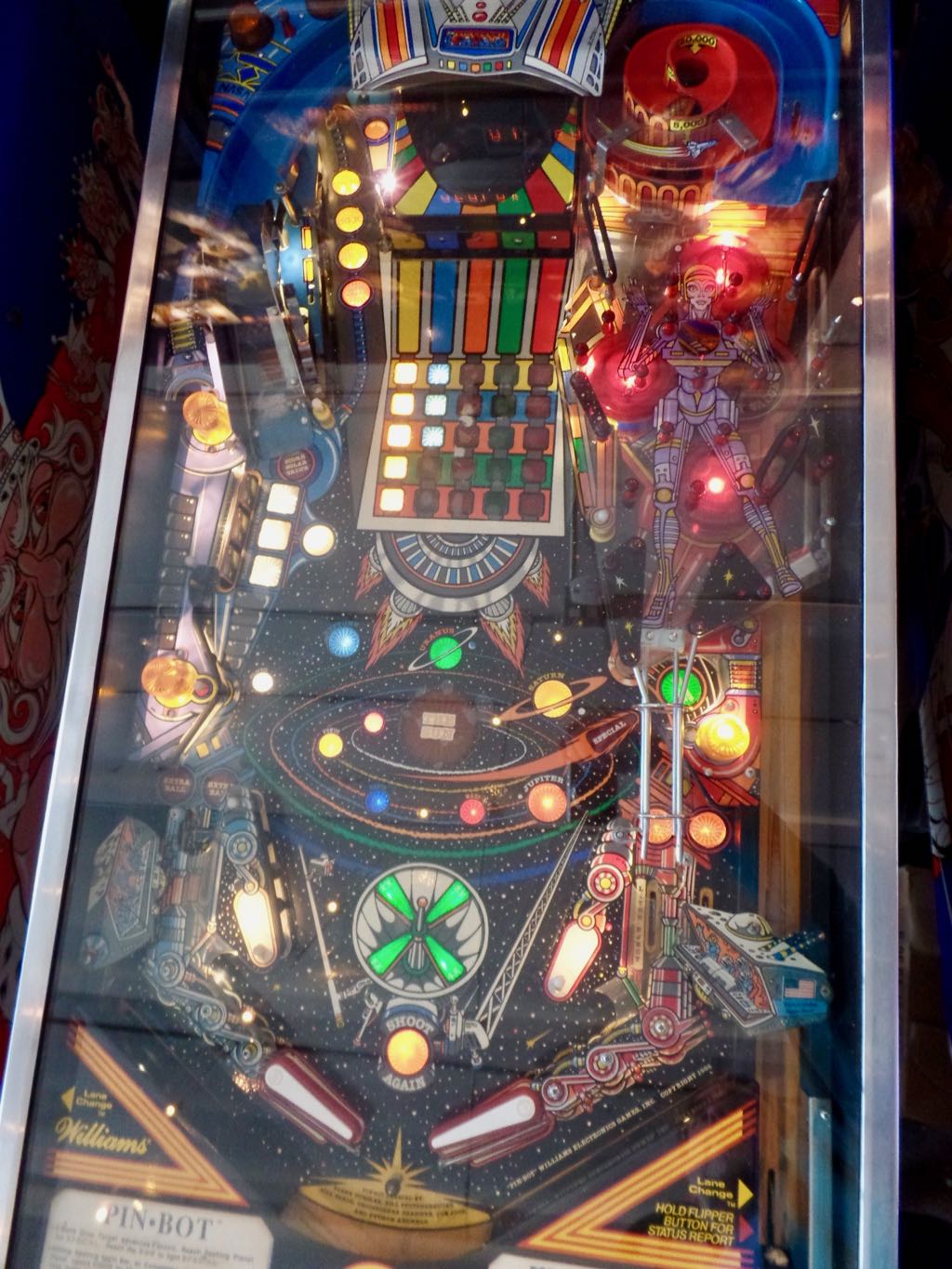 The playfield of Pinbot, always a nice spacey joy to play. It's a late-solid-state game, just barely. 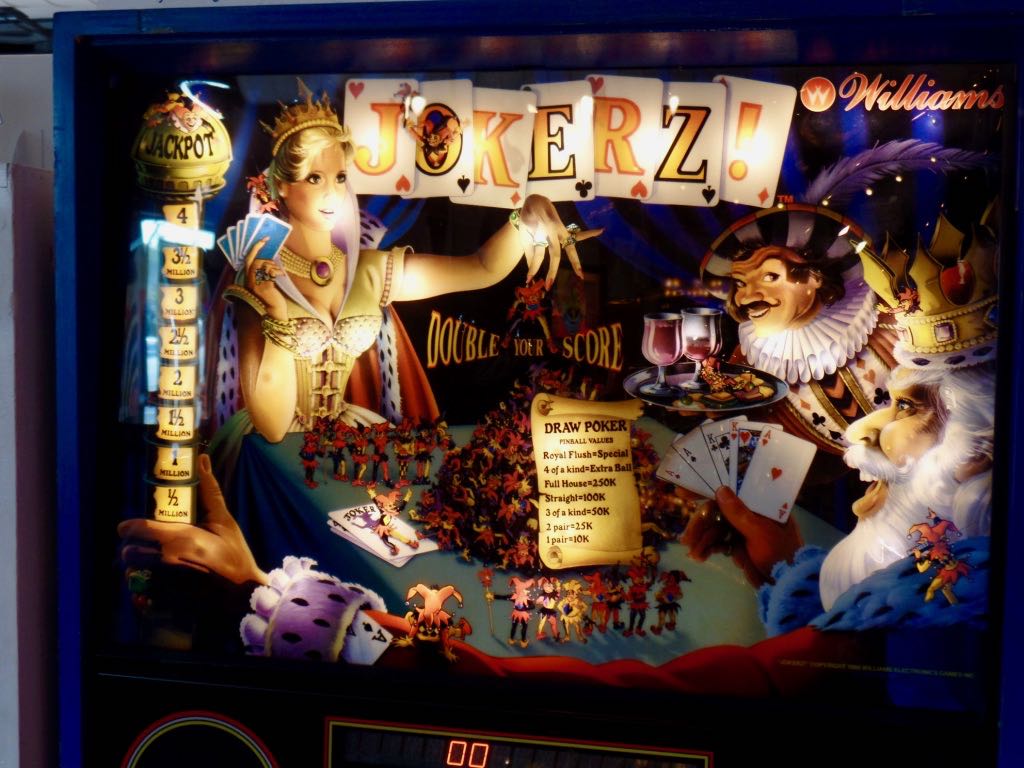 The backglass to Jokerz!, a late-solid-state that always interested yet baffled me as an undergraduate. It became one of my pretty reliable games at Fremont over 2019, though. 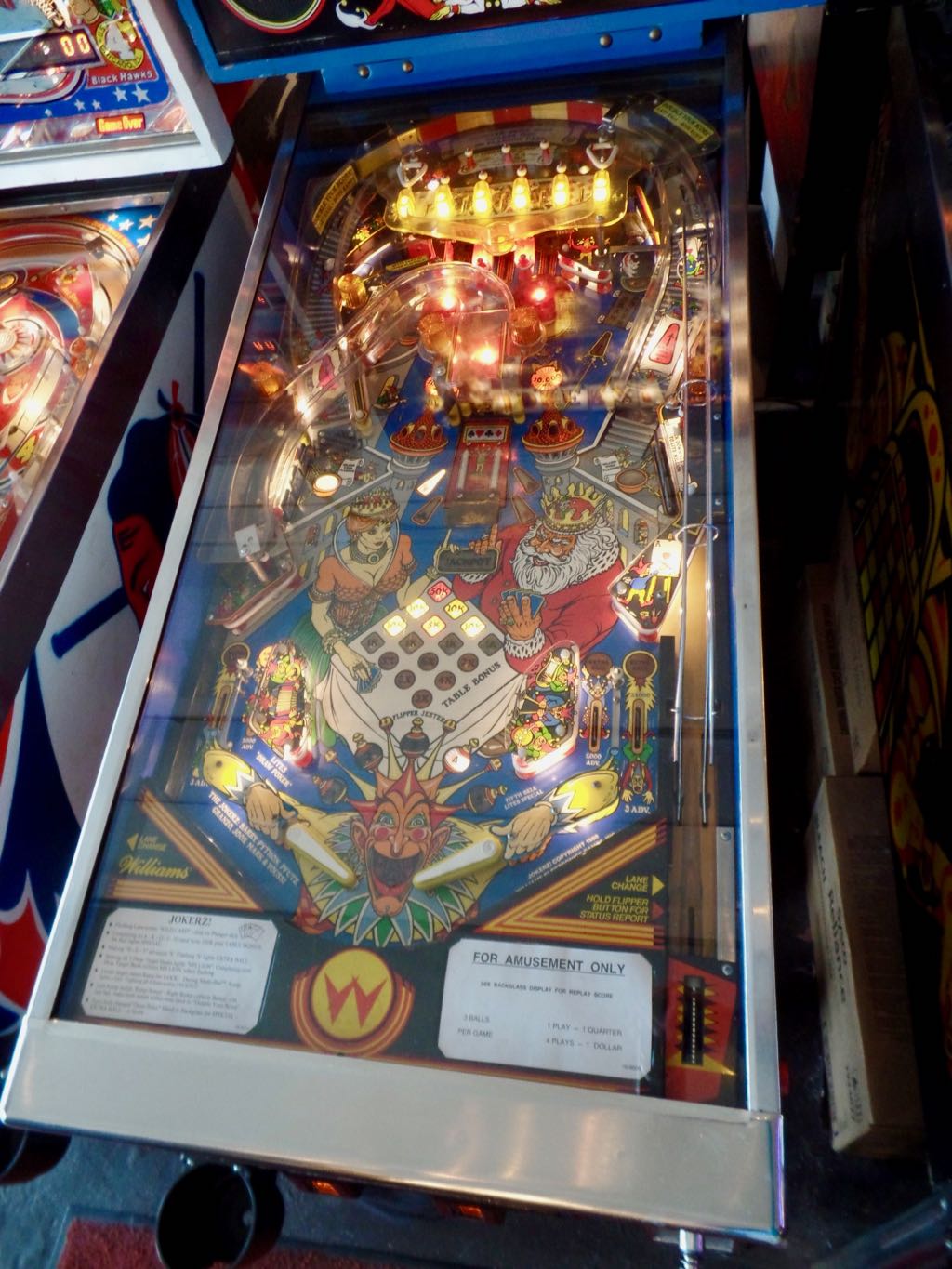 The playfield for Jokerz!. It's among the last card-themed pinball games, and a highly symmetric table for the era too. 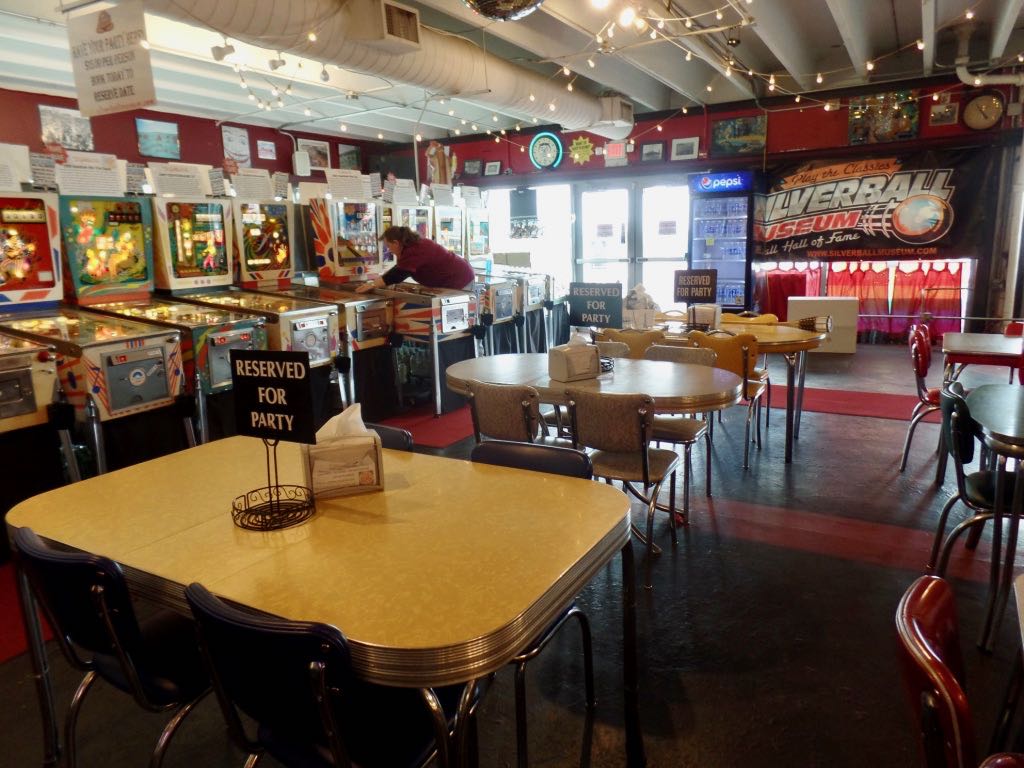 Event space in the center of the Silverball Museum, and one staff guy fixing an electromechanical. 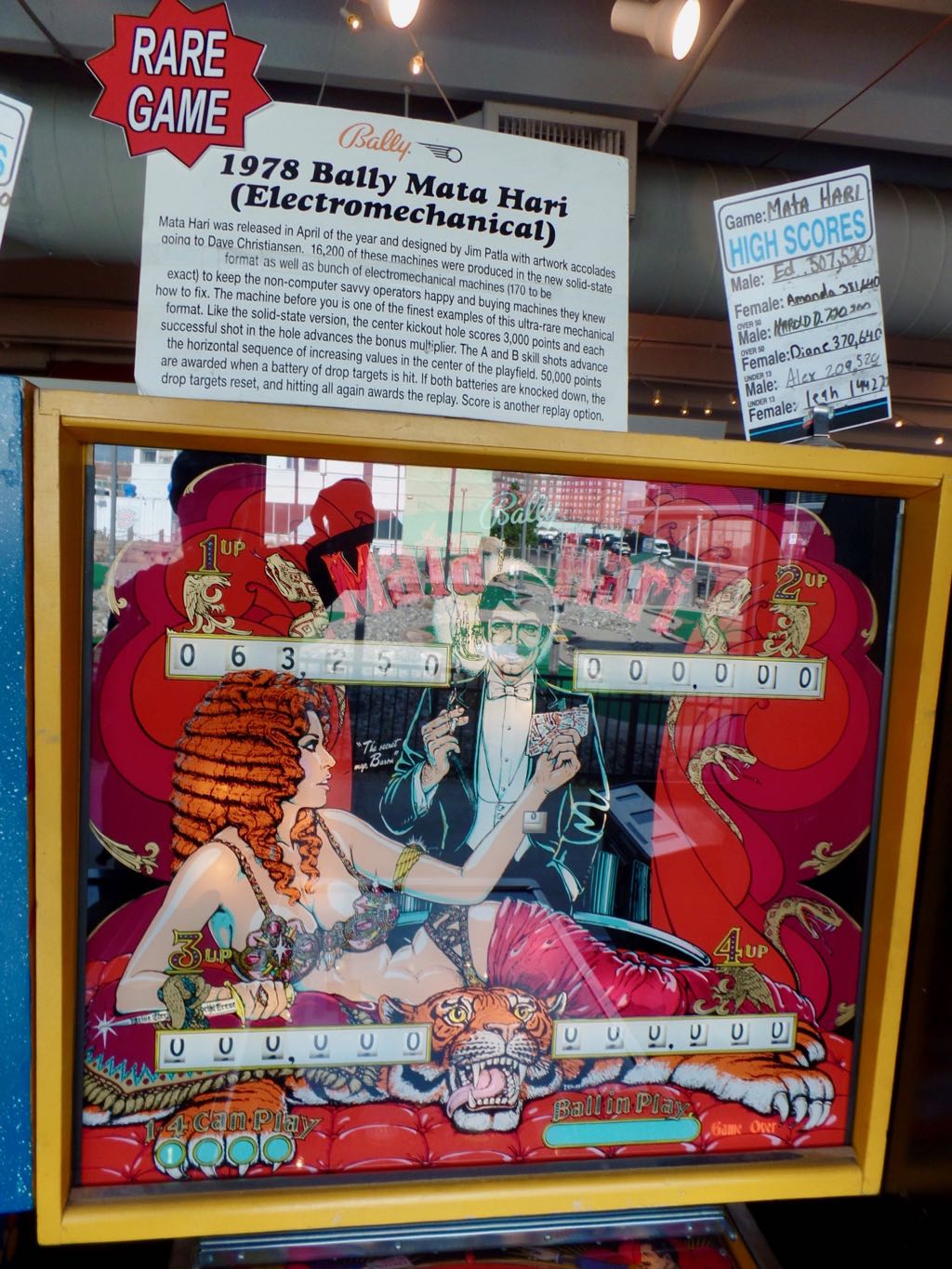 Electromechanical version of Mata Hari; the game also came in a solid-state version. I had tried playing it Sunday, when it had a power failure after two(?) balls. Thursday, though, it was working fine. Just hard.

Trivia: The first American ship to trade at Manila, Philippines, reportedly never paid the customs duties. Source: Smuggler Nation: How Illicit Trade Made America, Peter Andreas. (Andreas doesn't cite exactly what ship and date this was, or what duties were due, but it is in service of a point about how much early American trade was built on illegal transport of people and goods.)