Now back to the Grand Rapids Public Museum, in February 2020, exploring their exhibit of toys and play. 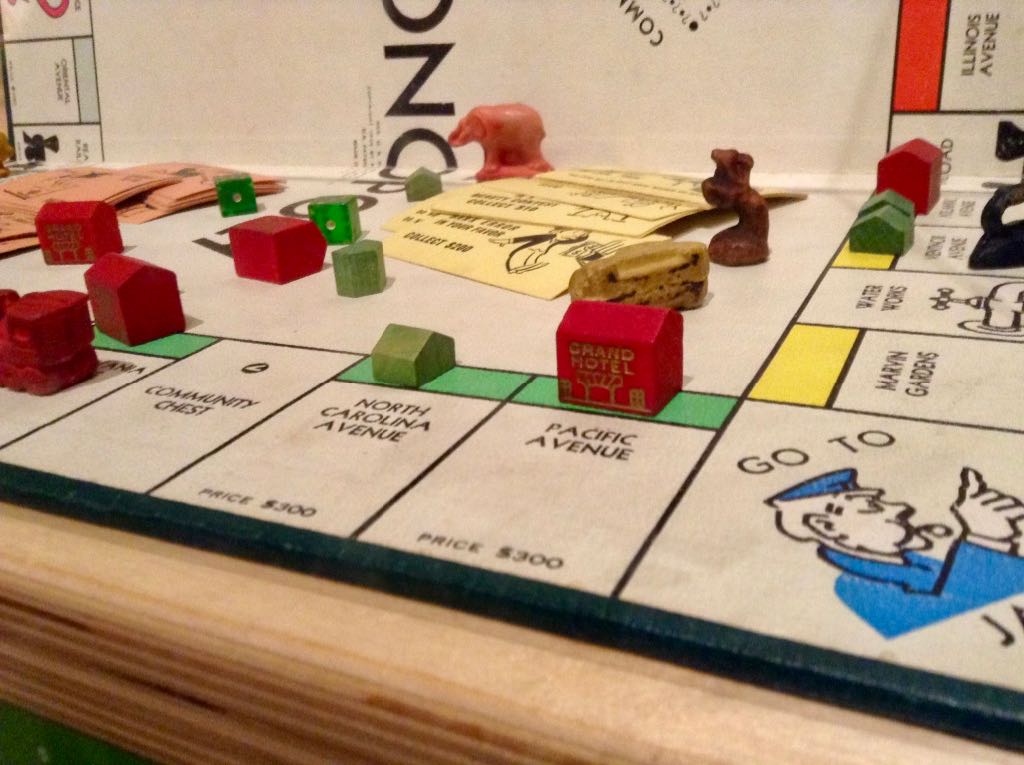 Board games get some attention, with Monopoly used to represent the genre. I had not seen editions where the hotels are represented as the Grand Hotel, not in person anyway. 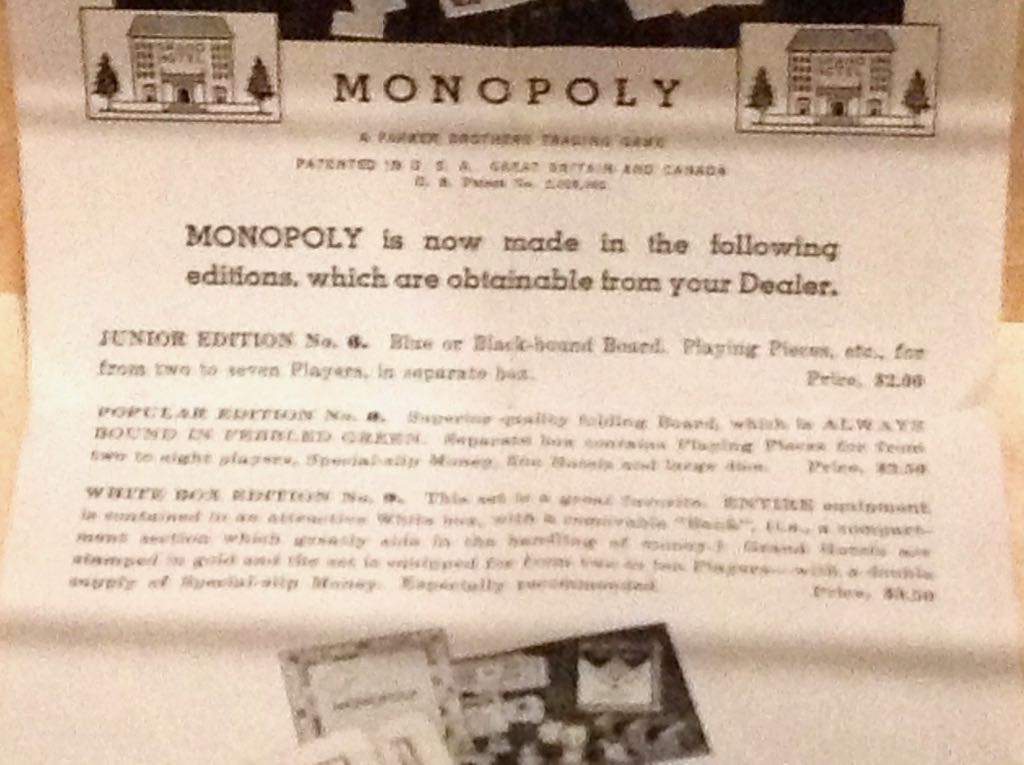 Notes to go with the Monopoly game they had on display. It explains the game came in three editions: Junior Edition, Popular Edition, and White Box edition. Which, uh ... huh? Anyway, look at the landscaping around the Grand Hotels there. 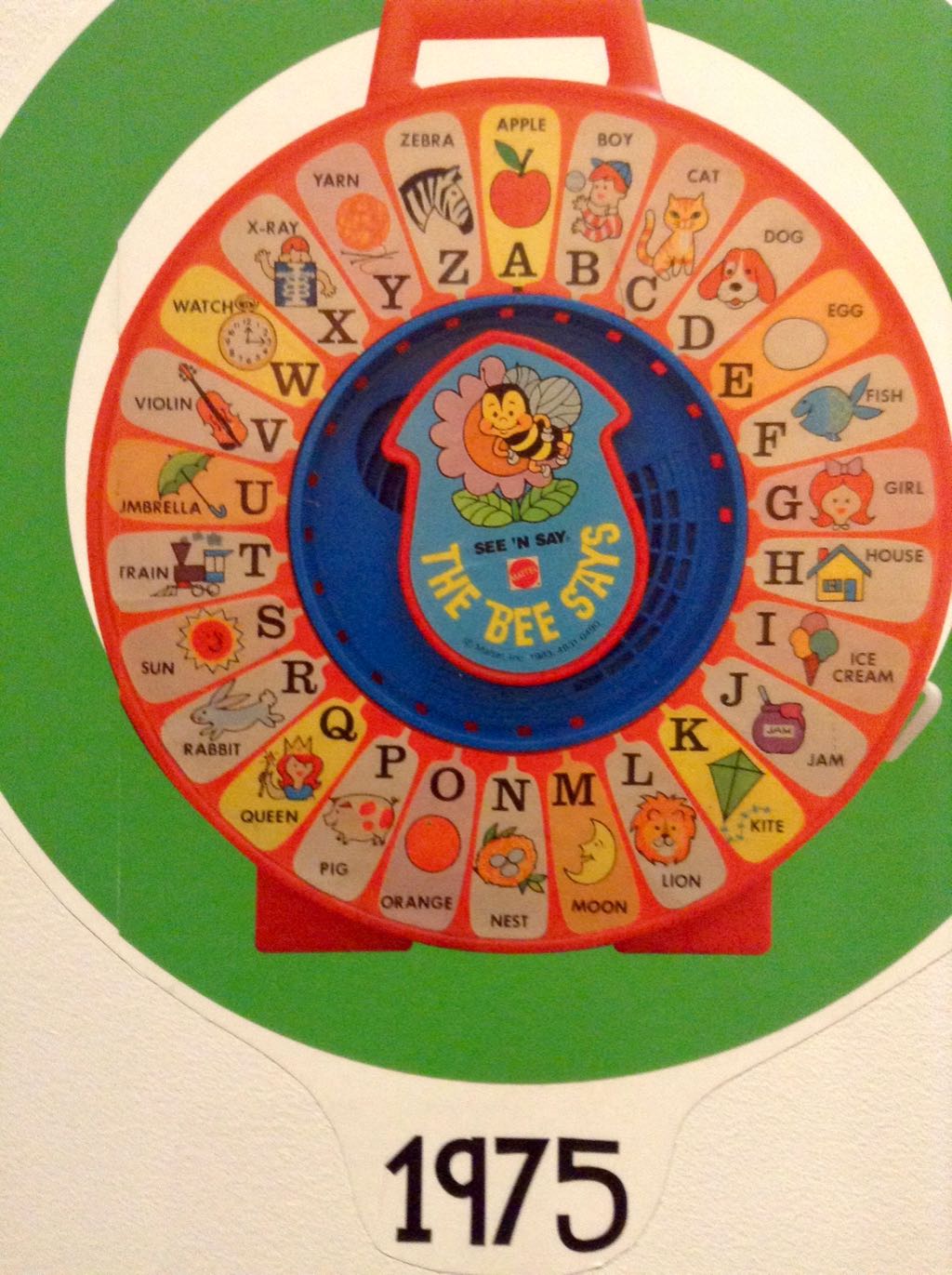 Now, why does The Bee have anything to say about yarn? 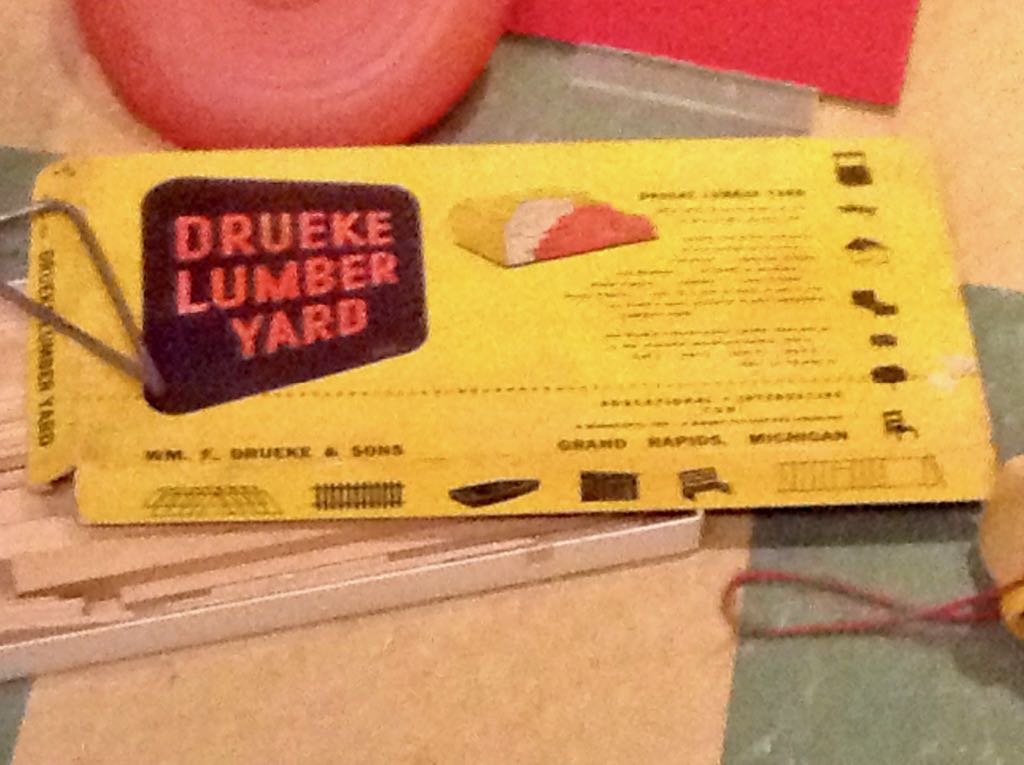 From the display of 1960s toys and, I have to assume, photographed through a sheet of wax paper: the Dreuke Lumber Yard, letting you build scale imitations of any wood structure you like. I WANT THIS. 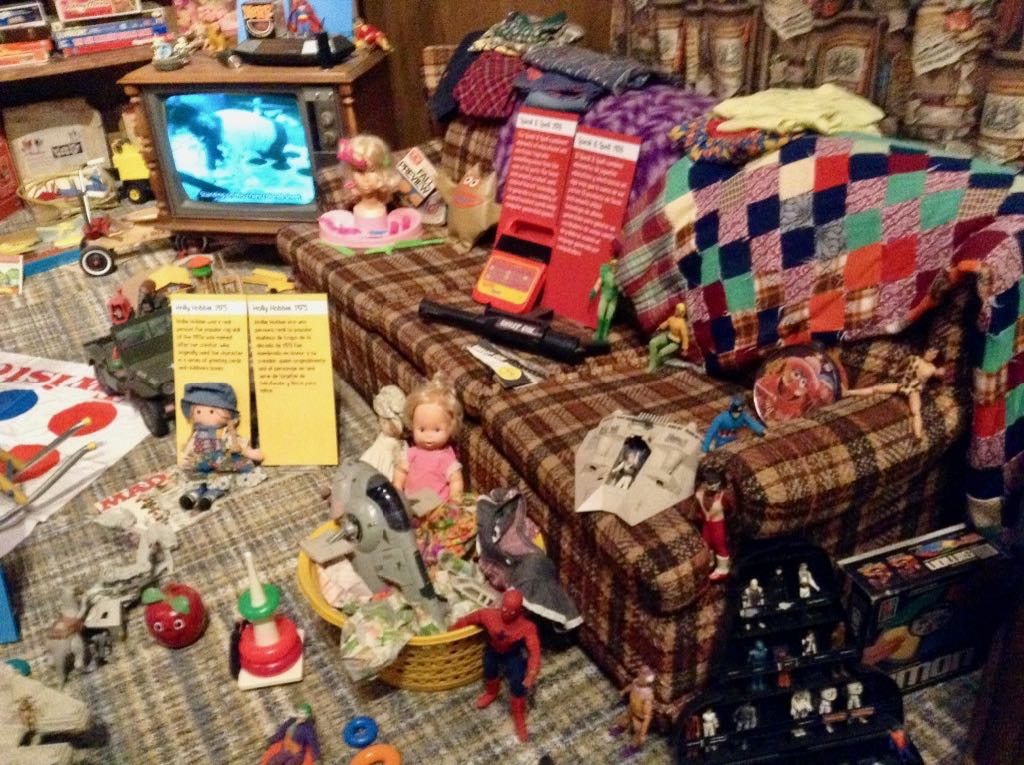 They set up rooms with bunches of toys keyed to each decade. The signs suggested these were what kids born in that decade were playing with, but that's not reflecting that a kid won't really have toys like these until they're, like, six? Eight? Twelve? Anyway this makes more sense as a bundling of toys a 70s rec room might have, and it certainly nails that look. Each room had a TV playing commercials of that decade. 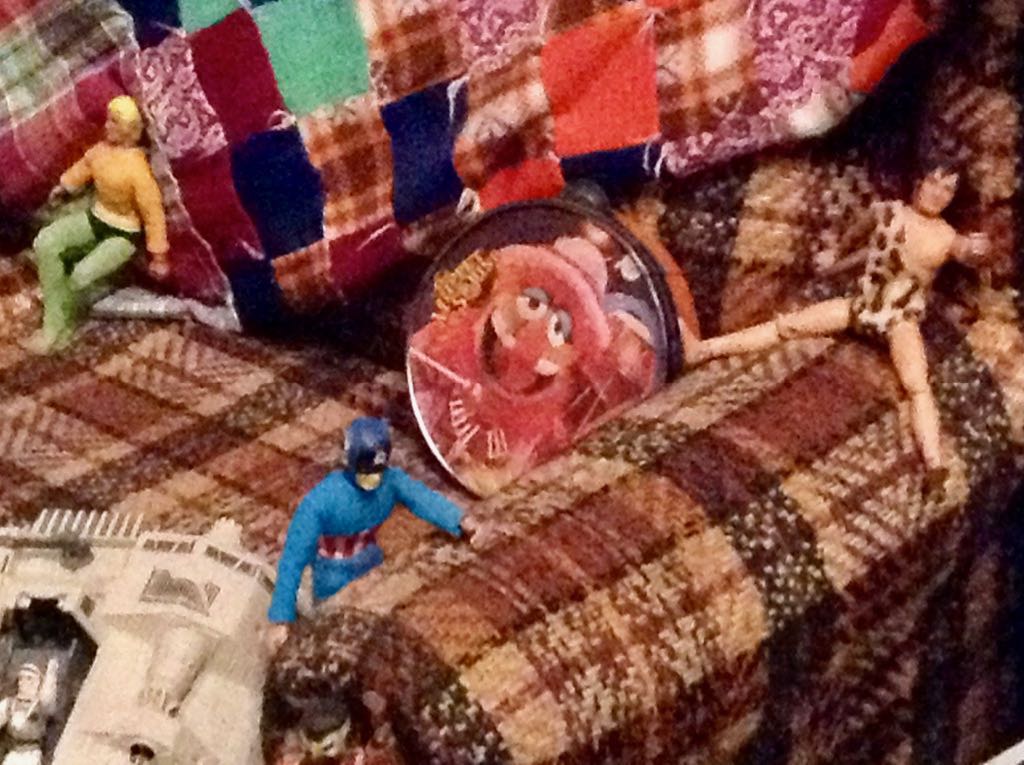 A Muppet Show clock. I'd have loved one. 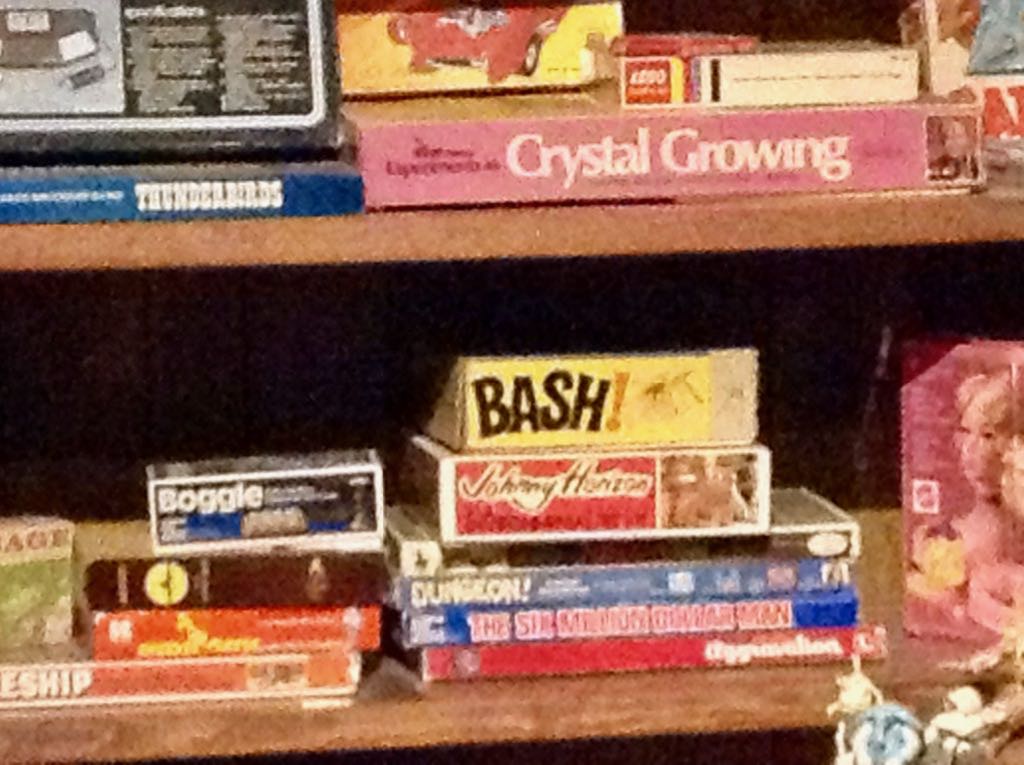 Board games of the 70s, including such immortal games as the Six Million Dollar Man, or the environmental test kit for beloved Bureau of Land Management mascot Johnny Horizon. 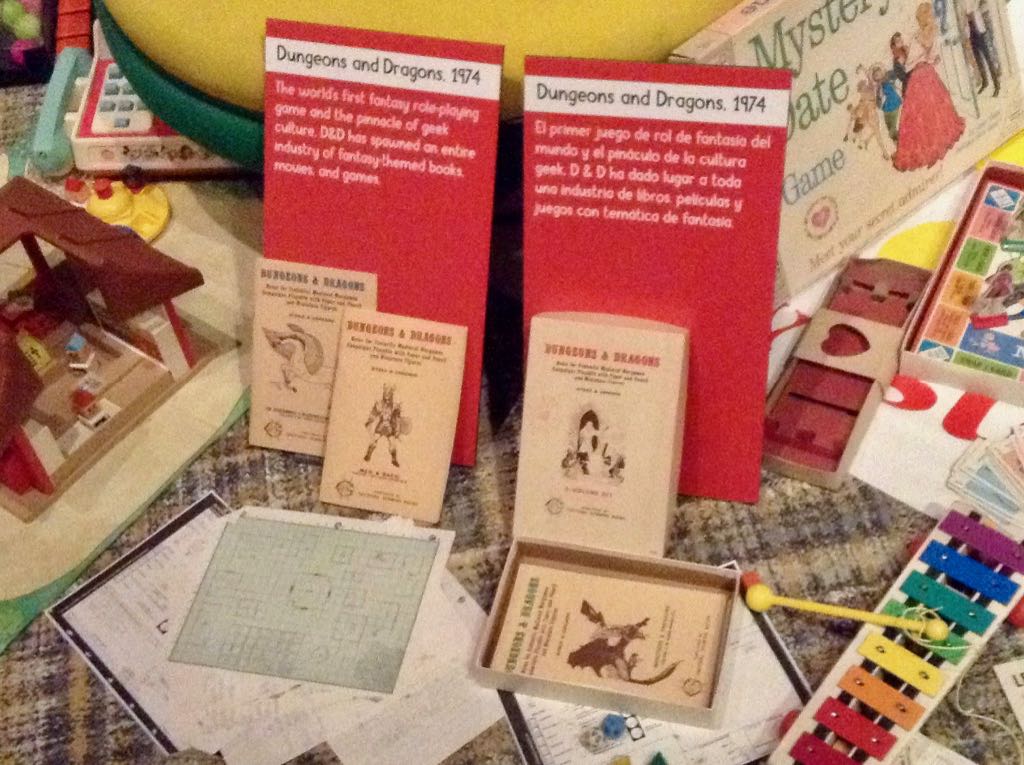 And a 1974 edition of the Dungeons and Dragons set, Also, a toy xylophone. 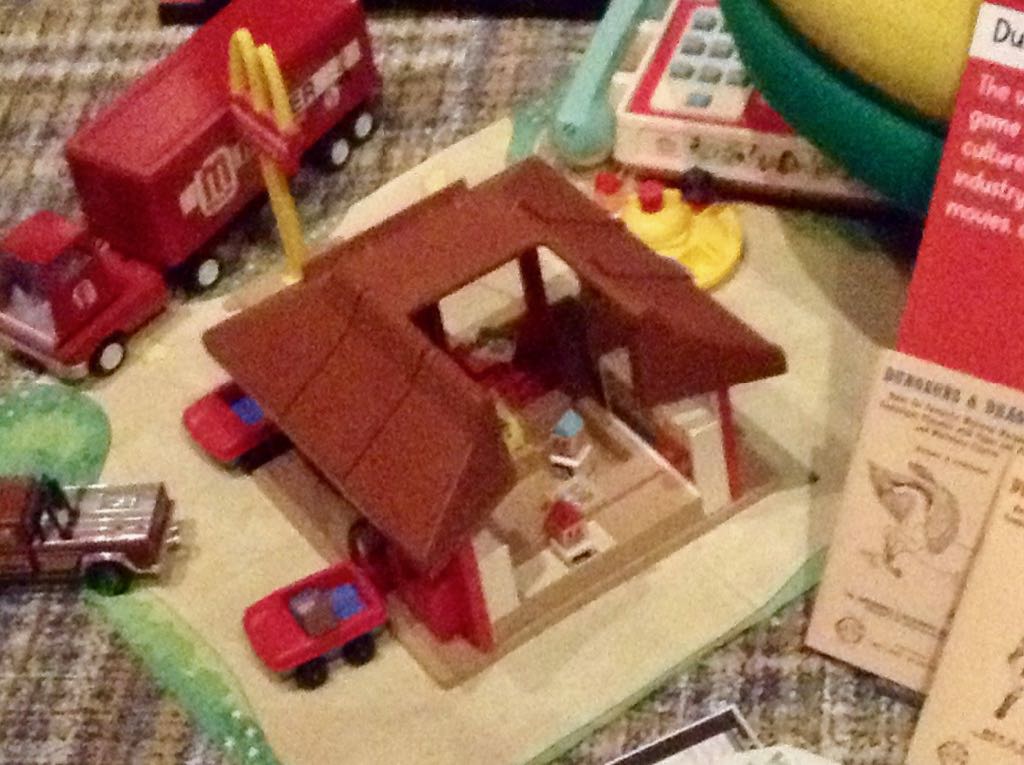 Hey, the Fisher-Price McDonald's playset! I ... knew someone who had that and thought it was neat. 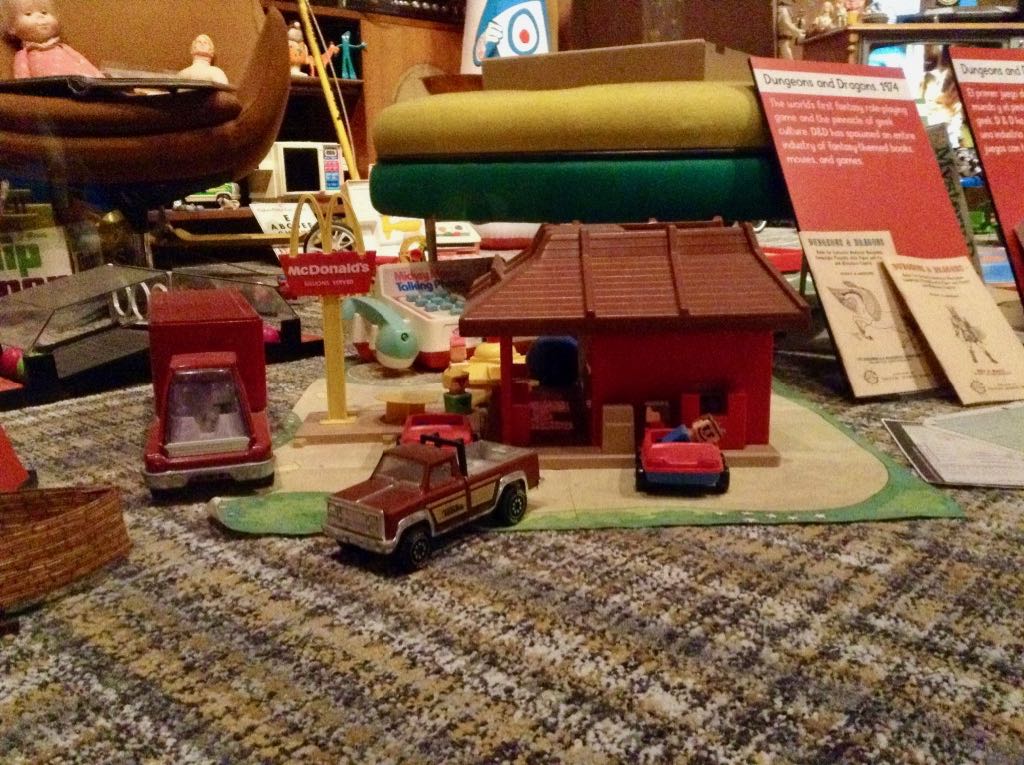 If you want to see more of that toy set, here's This Old Toy's page about it. Also, I genuinely love that old Playskool style. 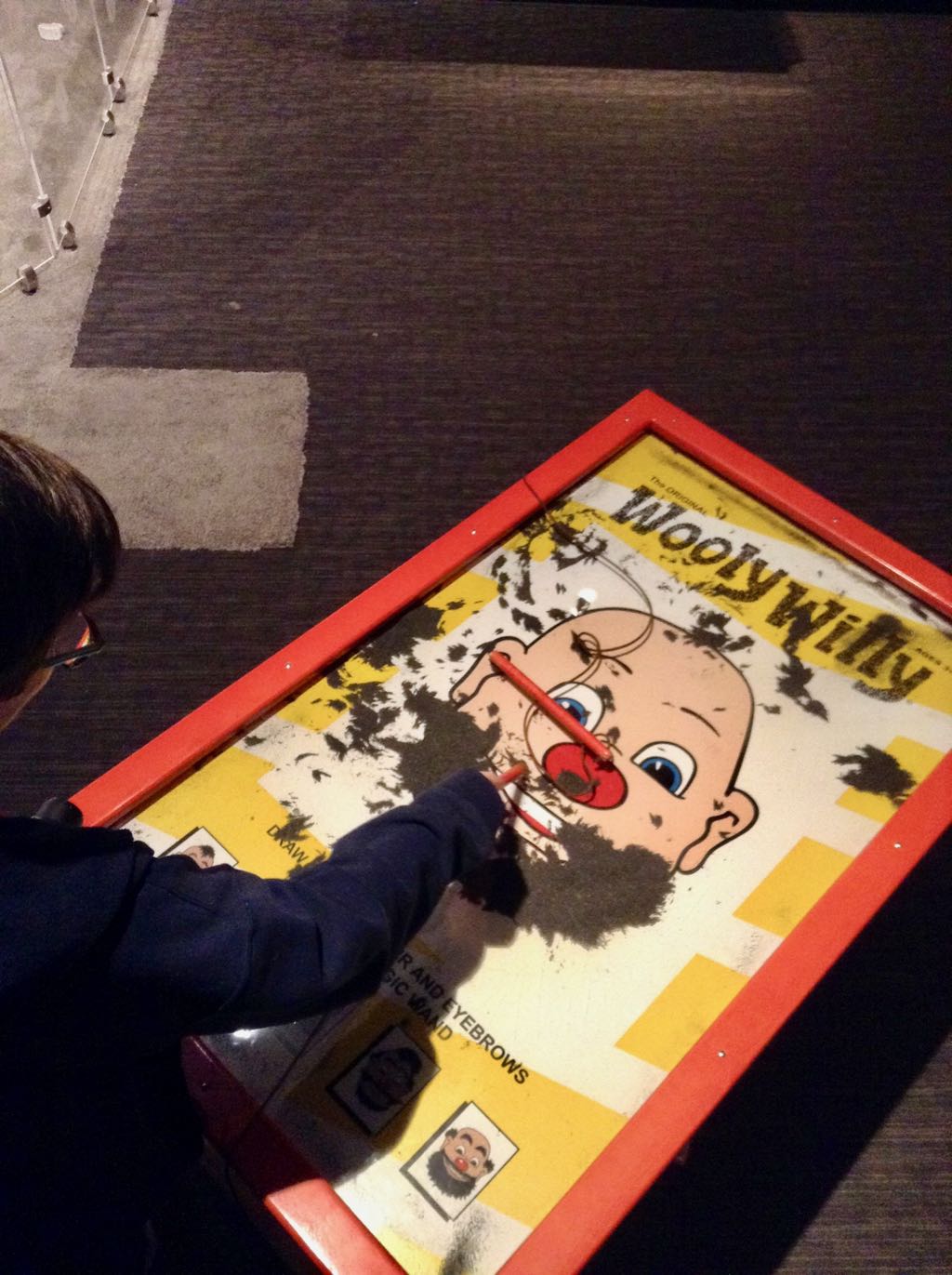 They had a giant Wooly Willy to play with, so folks could try making him look like me.

Trivia: Mary Cadwalader Jones in her 1900 European Travel for Women warns recommends the bicycle as a way to tour France, but warns that there are some keep-to-the-right and some keep-to-the-left cities and districts within cities, and that one cannot be sure which one is in, ``so you must always keep your eyes open if you are bicycling''. Source: The Discovery of France: A Historical Geography, Graham Robb.