So now we're getting to ... well, within the past year of photos. It was a pretty busy time, the last weekend of February and the first week of March, in pinball terms. Here's some photos I took at Marvin's our last league night there. None too many; I'd figured I was best off just taking a dozen or so snaps each visit and let that do. 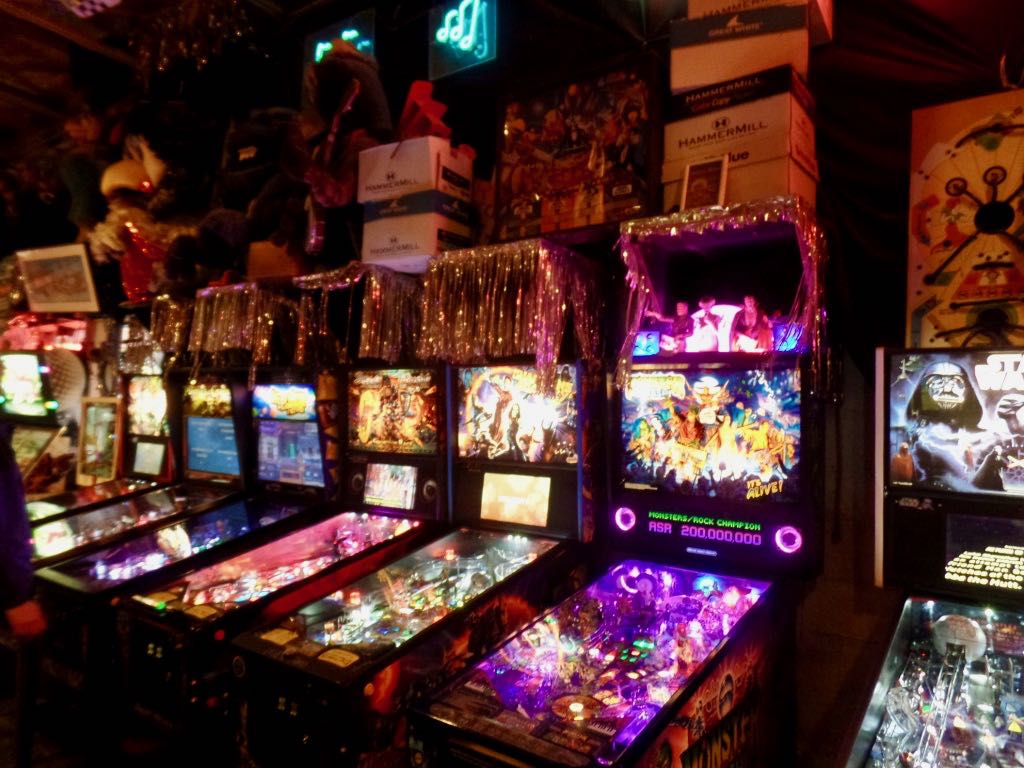 The row of pinball machines at Marvin's Marvelous Mechanical Museum. The Monster Bash is a newly-made reproduction of the original, so it plays way tougher than 1990s vintage games. 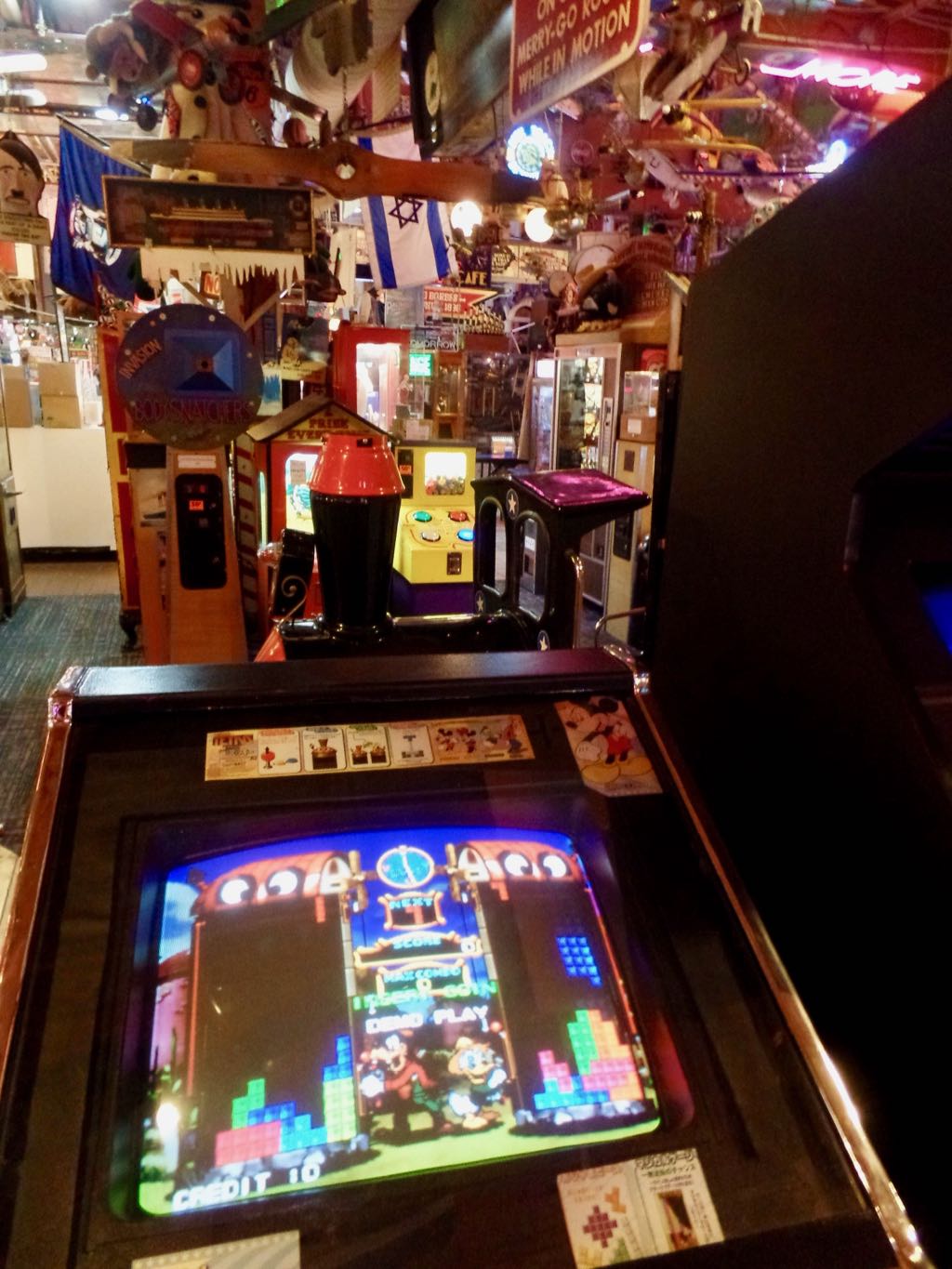 They had an adorable two-player Tetris machine from i want to say Japan in and had set it up right where it seemed like it should have been usable for setting your pop on. 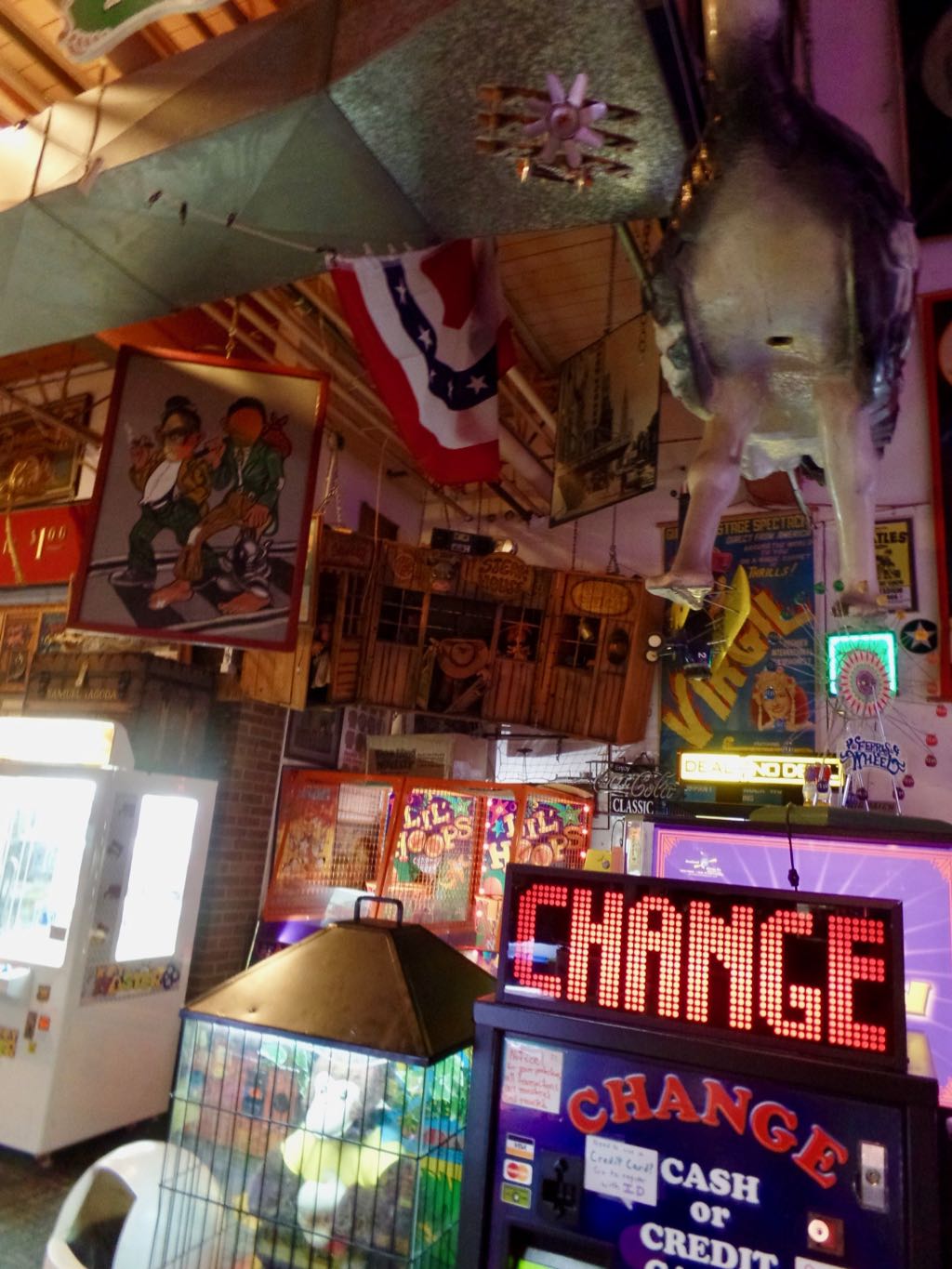 Just pointing a camera in a random direction. I believe that's an ostrich carousel figure dangling from the ceiling on the upper right. 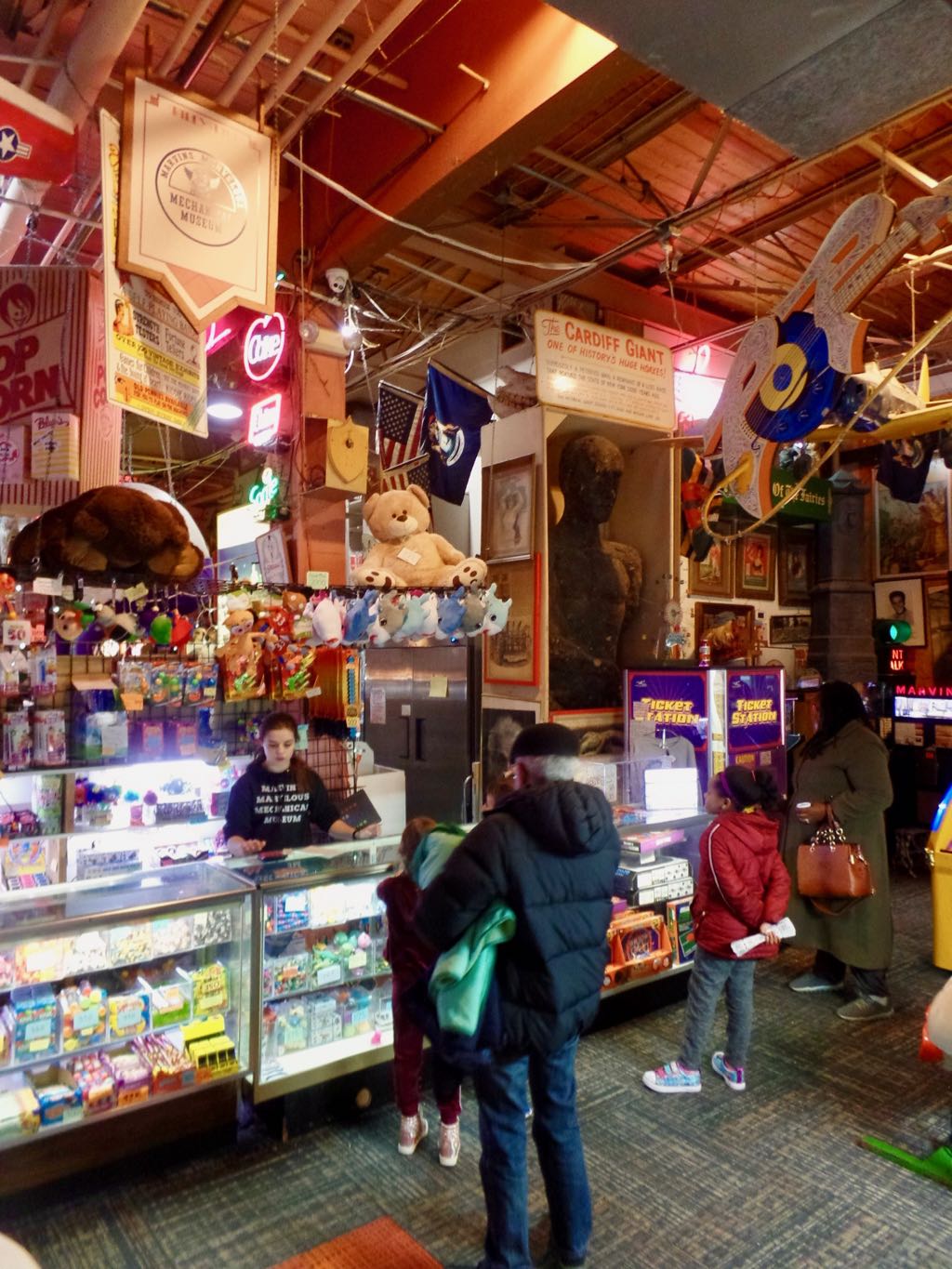 Looking at the ticket redemption counter, in the back of the arcade. 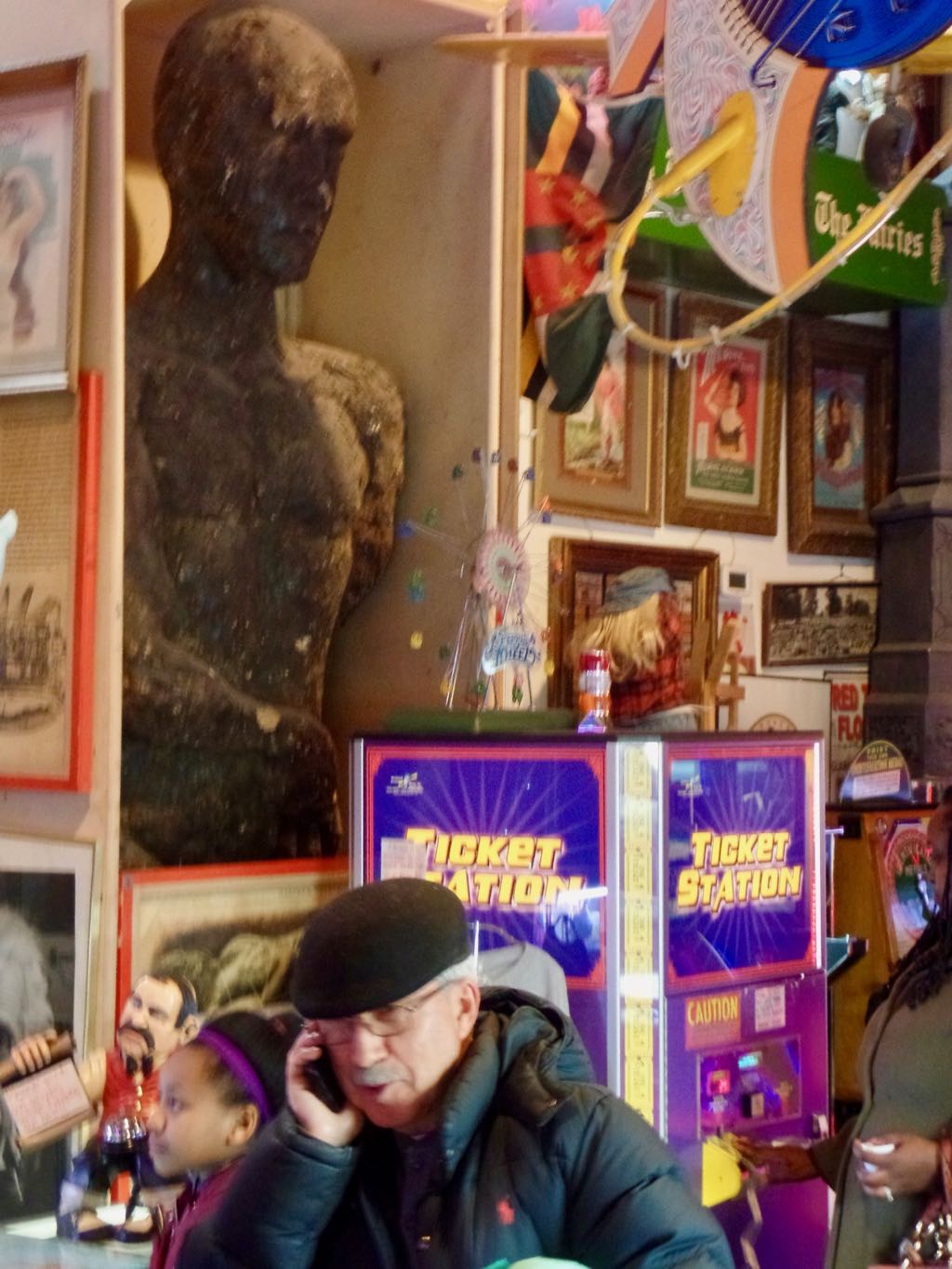 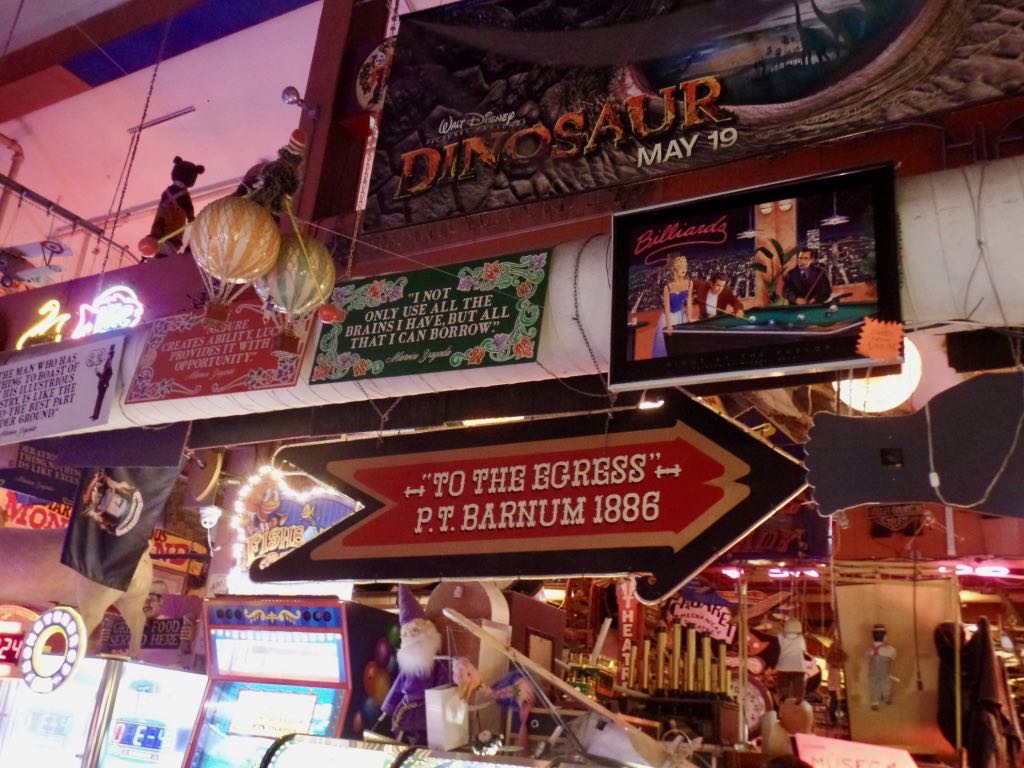 Again just looking up and photographing stuff. One of the fine jokes about that To The Egress sign is that it does not point anywhere near the egress. It's more directions to the women's restroom. 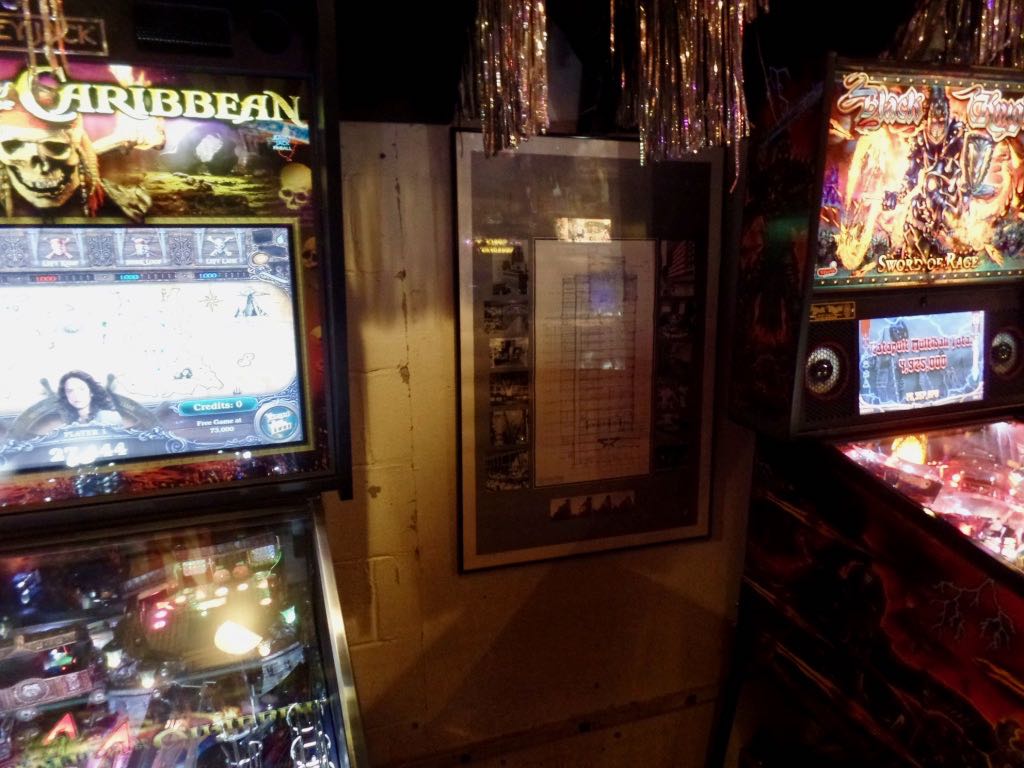 Poster hidden behind one of the pinball machines that I never suspected was there. Marvin's is just the kind of place where if they don't put stuff up where you'll never see it they'll never get all their stuff put up. 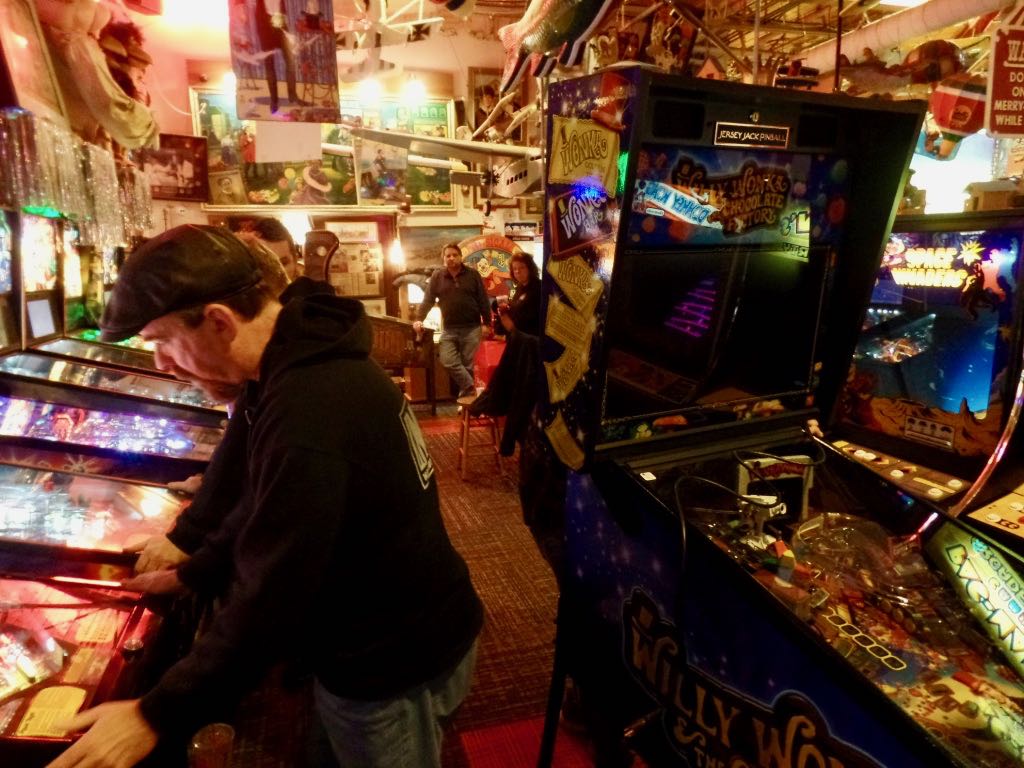 And here's the game that was taken out for hardcore repairs. It was back in service soon although I don't think we did play it that night at league. Just for fun. I really like Willy Wonka. 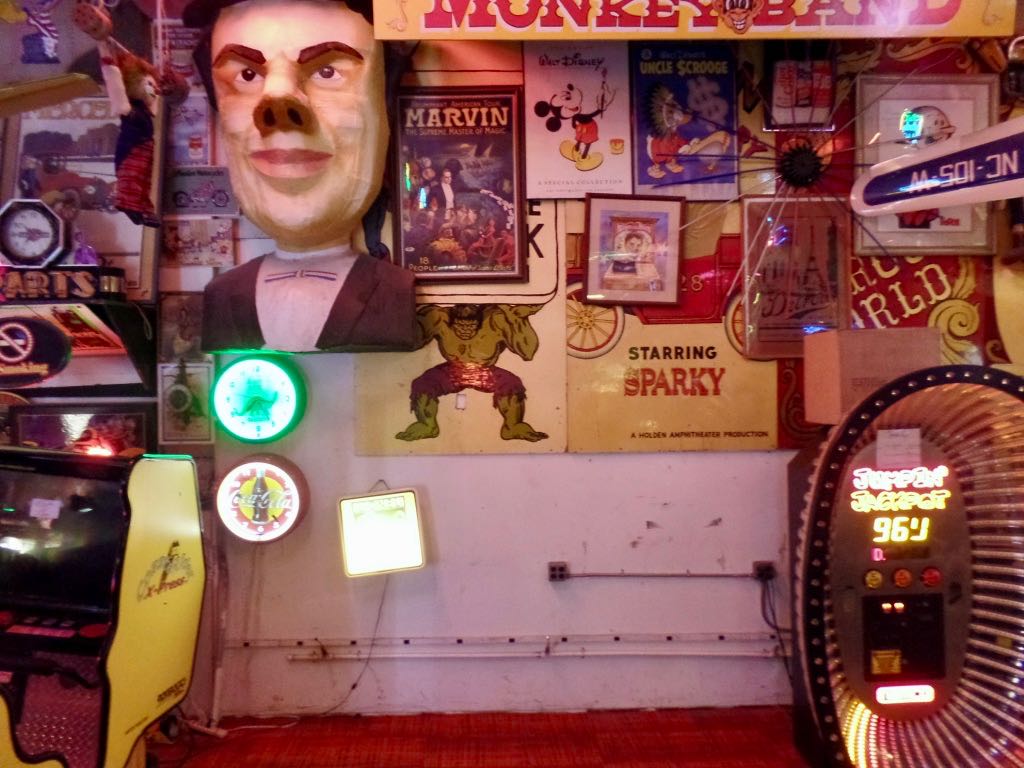 More unexpectedly exposed bare walls here, with a bunch of layers of poster and sign over each other. 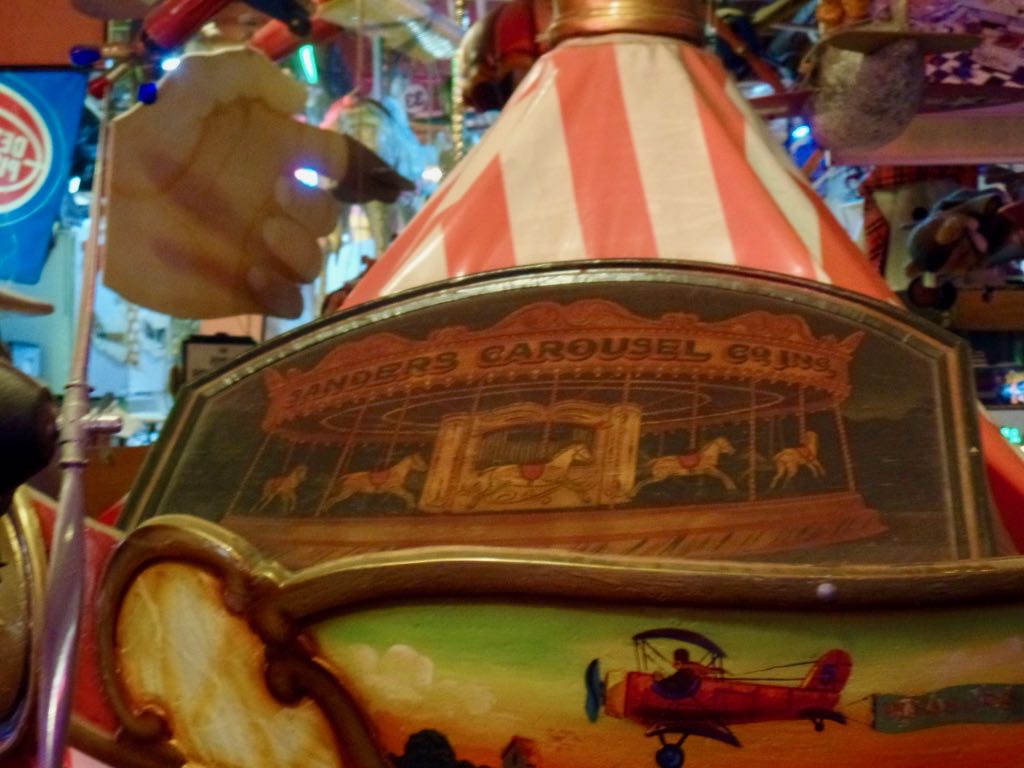 And a look at the art atop of the coin-op three-kiddie carousel that's just a little away from the pinball machine row.

Trivia: In February 1704 Christopher Wren proposed mounting Constantijn Huygens's 123-foot-long telescope in the southwest staircase of St Paul's Cathedral, to serve as a super-sized zenith telescope. Source: Ingenious Pursuits: Building the Scientific Revolution, (Constantijn was the elder brother of renowned astronomer Christiaan Huygens. The telescope was too long to use this way.)