The chorus of their squeaky horns was music to my ears

And here's my humor blog over the past week, for folks who didn't read it as it came out.

Now, a bunch of pictures from I think it was four different pinball-related things we went to between the 29th of February and 10th of March last year. 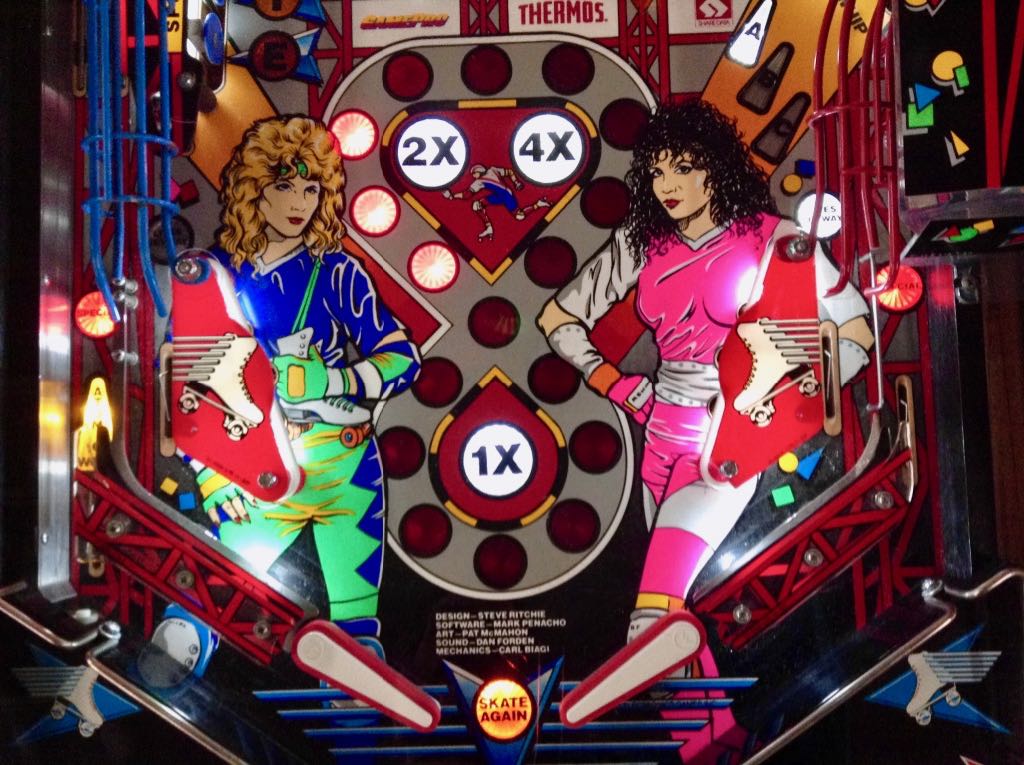 Fremont. They'd gotten in a Rollergames, but it wasn't ready for tournament play. It's a pretty fun late solid state game, really; its only real flaw is it blares this earworm every 45 seconds when it's in attract mode. I was looking forward to getting to play it in competition, though. 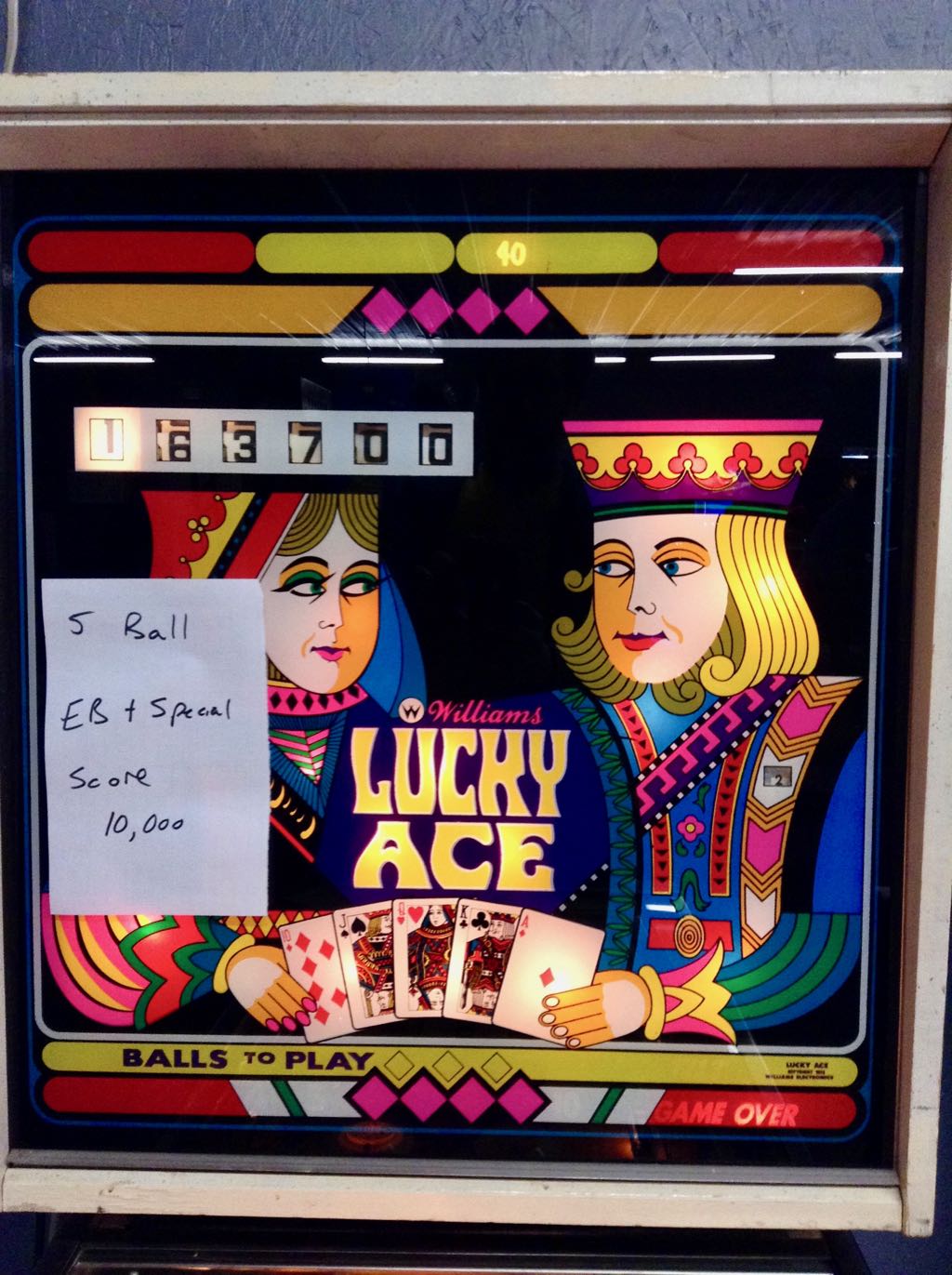 Also Fremont. Lucky Ace is an electromechanical game and good heavens but I came this near to rolling it on, I think, my first time playing. This score would seat me well for one of the tournaments to be played at the end of March. 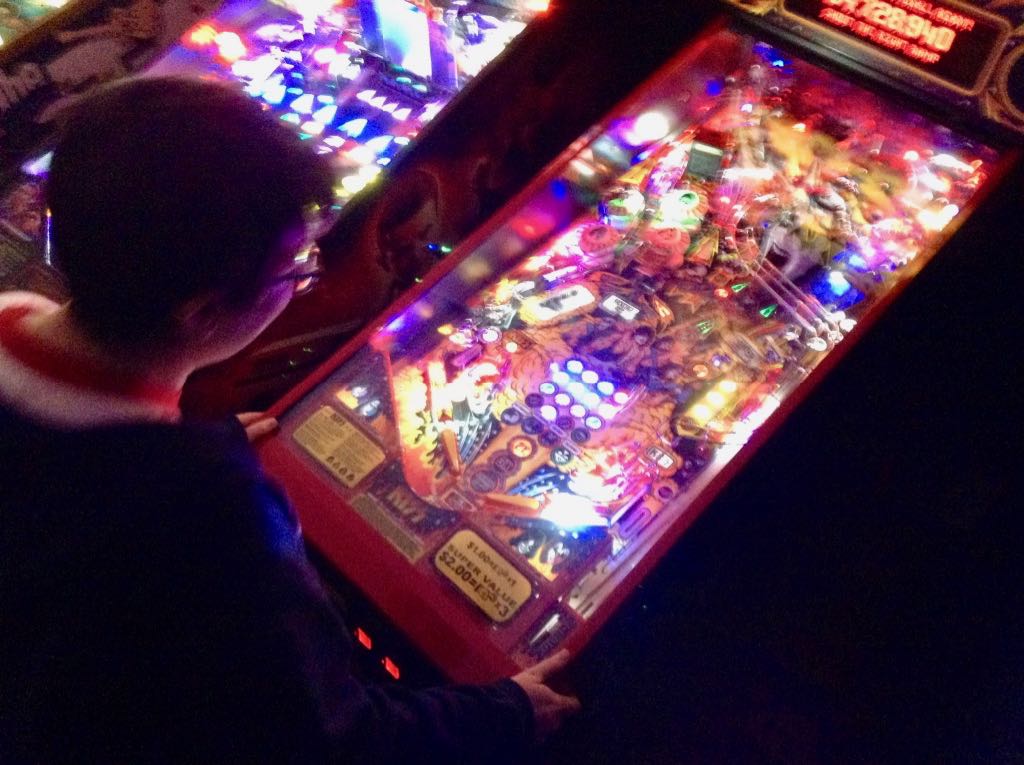 Lansing. 1st of March, I believe.

bunny_hugger having a good game of Kiss as part of the Destrier of Death tournament which I think was meant to let people try to get into the Black Knight: Sword of Rage worldwide leaderboard tournament. 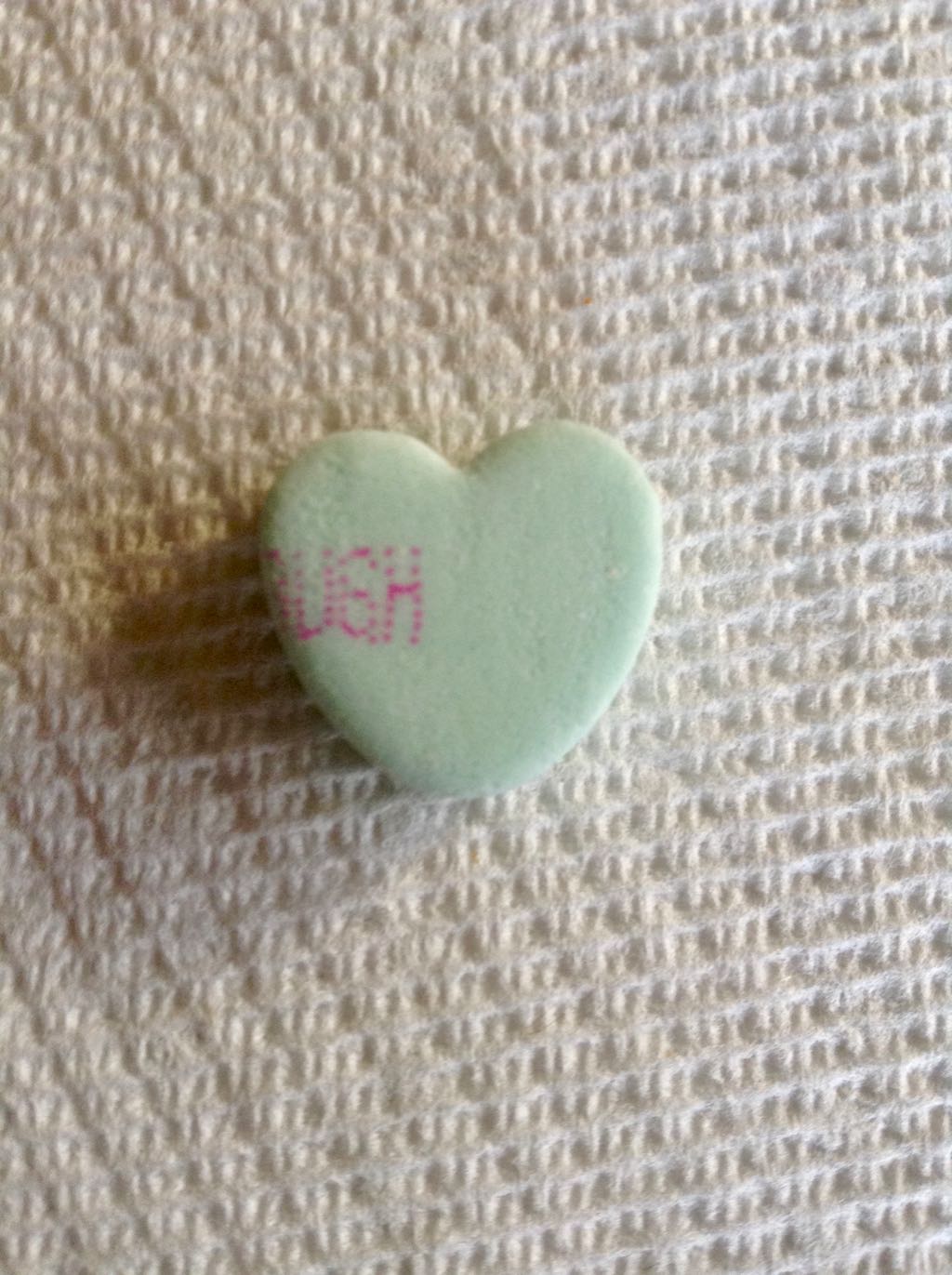 Oh, not a pinball thing. Just a candy heart with, in hindsight, the ominous message AUGH. 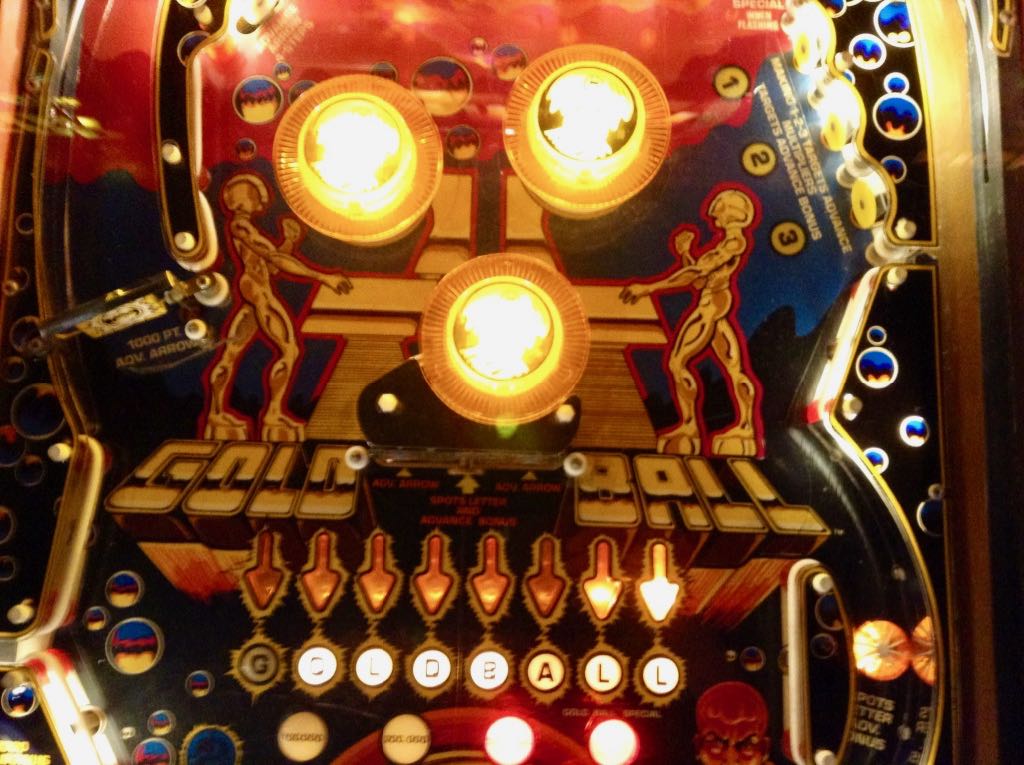 Chesterfield. 9th of March. Since it was Spring Break we had the chance to go out to the far east side of the state and play their mostly-80s-and-90s games. They'd just got in Gold Ball, an early solid state with the great theme of ``what if everybody were covered in gold''. 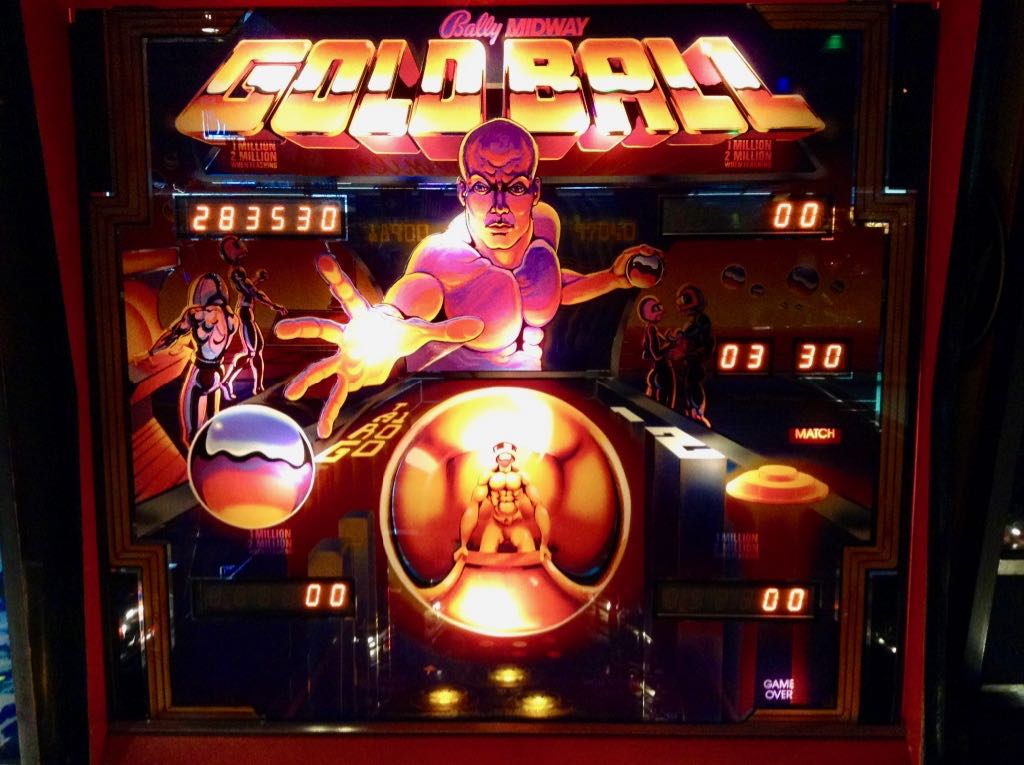 Gold Ball's backglass, with this fine robot imagery and a reflection-in-the-backglass bit that's quite flattering to my muscle development and also the idea that I would ever play pinball shirtless. 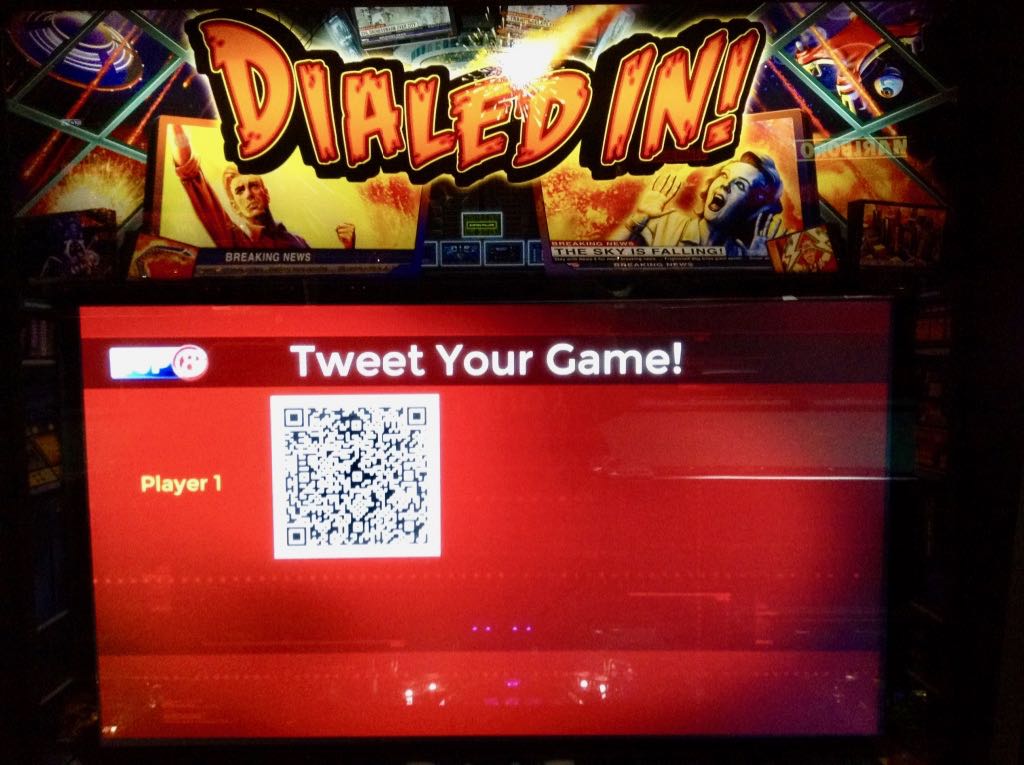 One of Chesterfield's few 2010s games, Jersey Jack's Dialed In! ... As the last thing I did for the night I had a really good game. Don't believe me? Look at this, whatever it is. 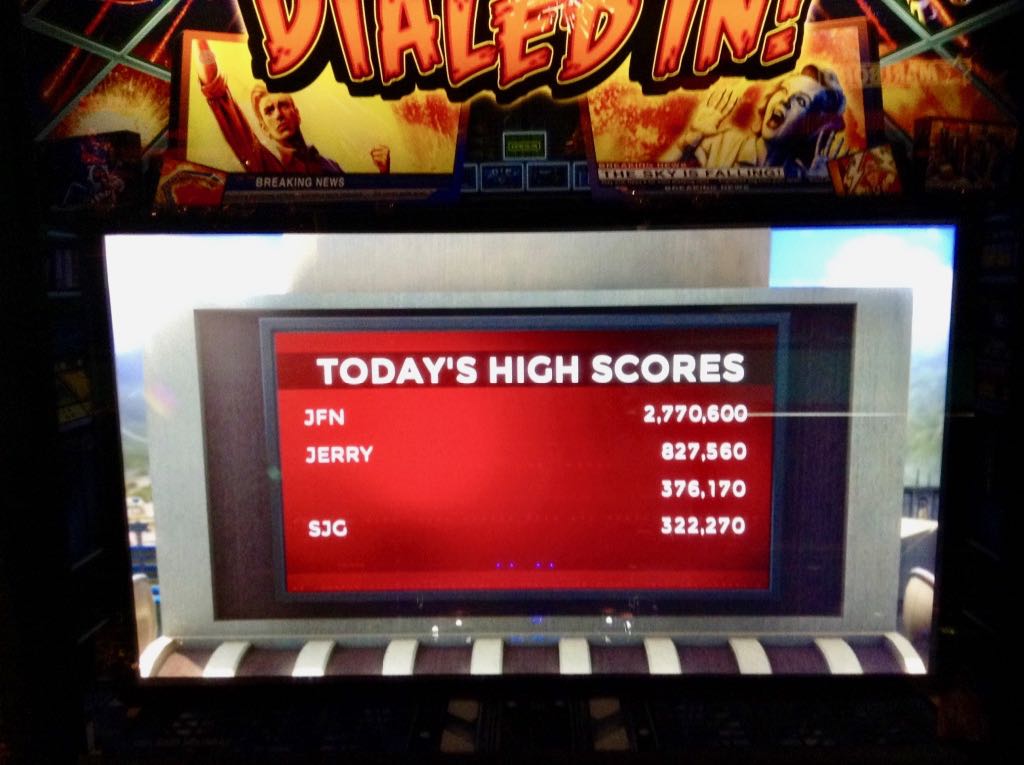 And there we go. The SJG there is a joke, too: someone had abandoned a game partway through, and I finished it off stronger than I expected. The SJG is the initials of Sean ``The Storm'' Grant, who I knew and admired and collected free games from back as an undergraduate. He's since gone on to be one of the top pinball players in the world; he's player #18 in the International Flipper Pinball Association's database. 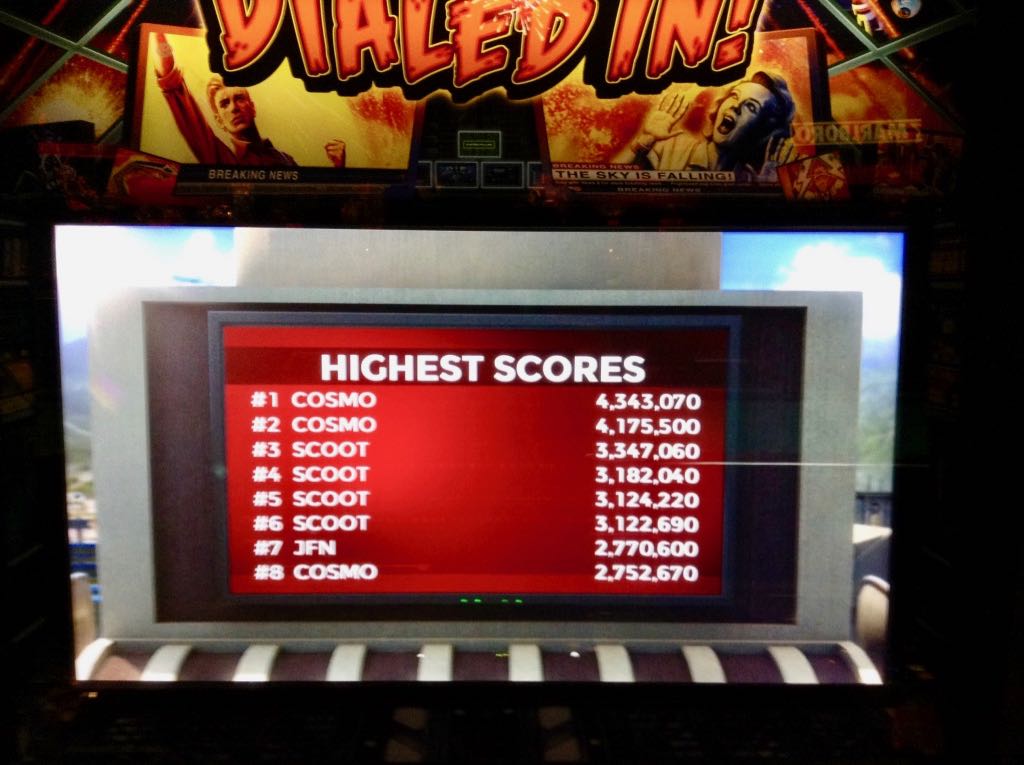 And there's the real high score table, not just the daily high scores. I'm glad to have gone out on a high like that, at least.

Trivia: The Apollo 14 crew and medical support personnel were released from quarantine the 26th of February, 1971. Source: Apollo By The Numbers: A Statistical Reference, Richard W Orloff. NASA SP-4029.

Currently Reading: Operation Moonglow: A Political History of Project Apollo, Teasel Muir-Harmony. So it mentions a moment so great that I'm surprised it hasn't been used in a piece of Space History movie. Allegedly, during John Glenn's Mercury flight, the proceedings in a Grand Rapids courtroom paused so that everyone could watch updates from Cape Canaveral on the stolen TV that was part of the trial's evidence. You don't even need dialogue for the scene, just start out on a TV set labelled ``Exhibit A'' and pan across to show Cape Canaveral on the TV and judge, lawyers, accused, audience all staring at it. How do you not use a moment so perfect it doesn't even matter if it actually happened?