And now we're into the times after the lockdown started. I got into the habit of taking daily walks and sometimes even bring a camera. 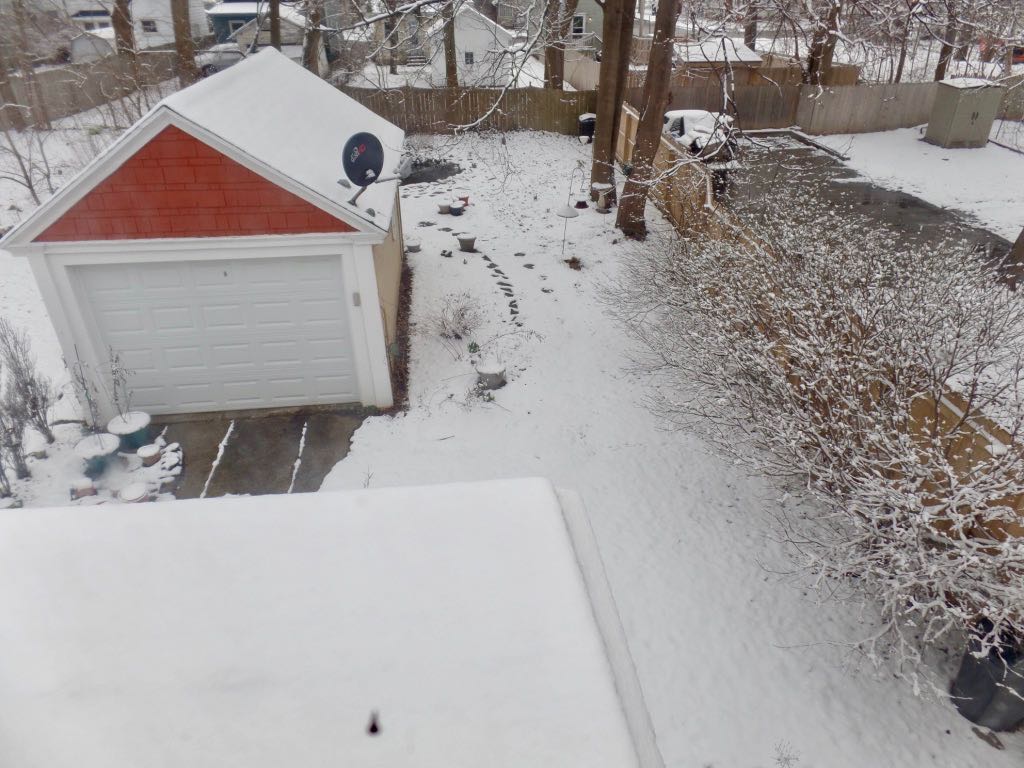 A late snowstorm! Just a couple inches and this after a pretty gentle winter, as these go, but still, kind of an obnoxious thing to find in late March. 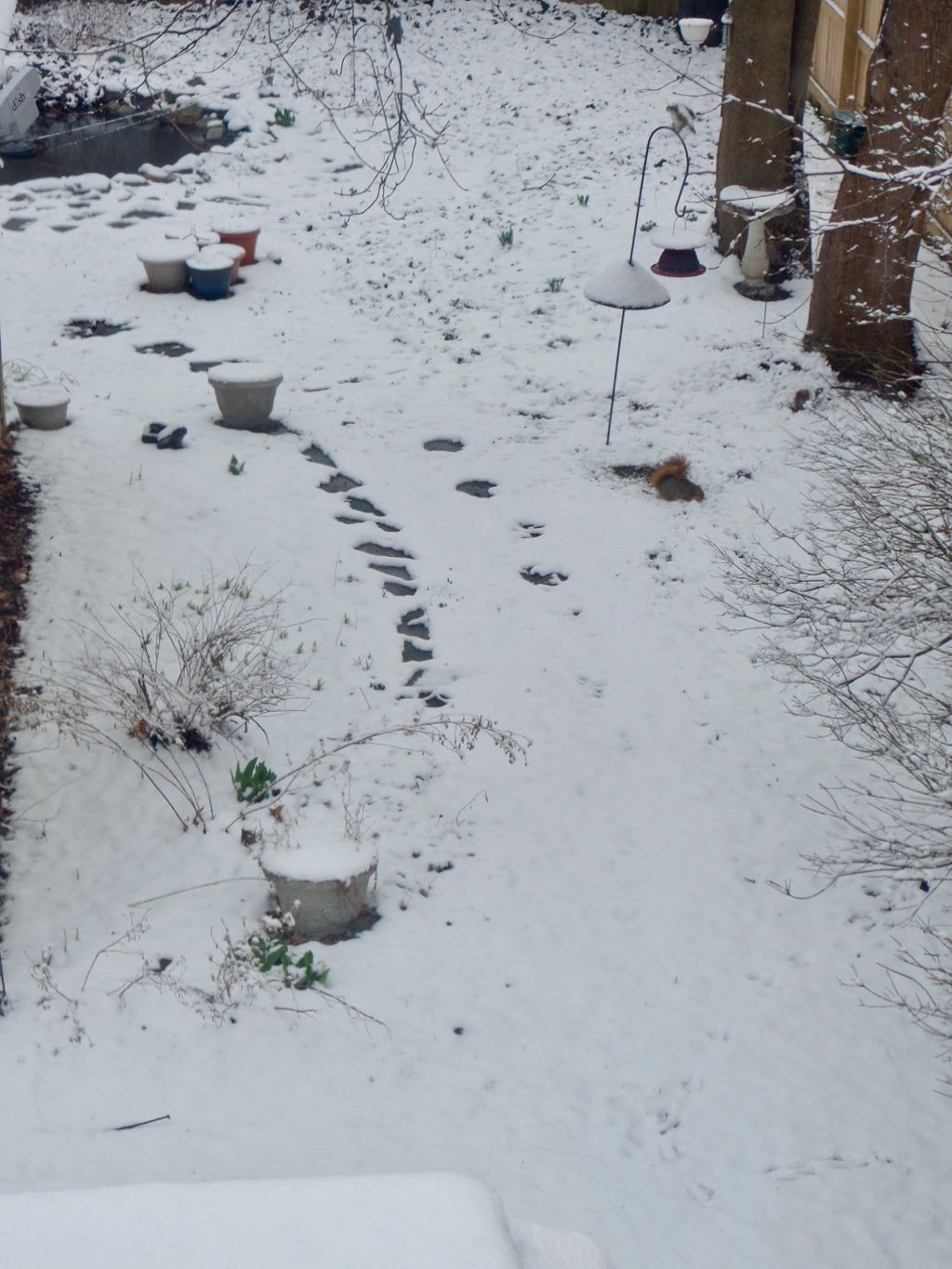 Squirrel digging around the bird feeder, taking advantage of gravity without directly contributing to it. 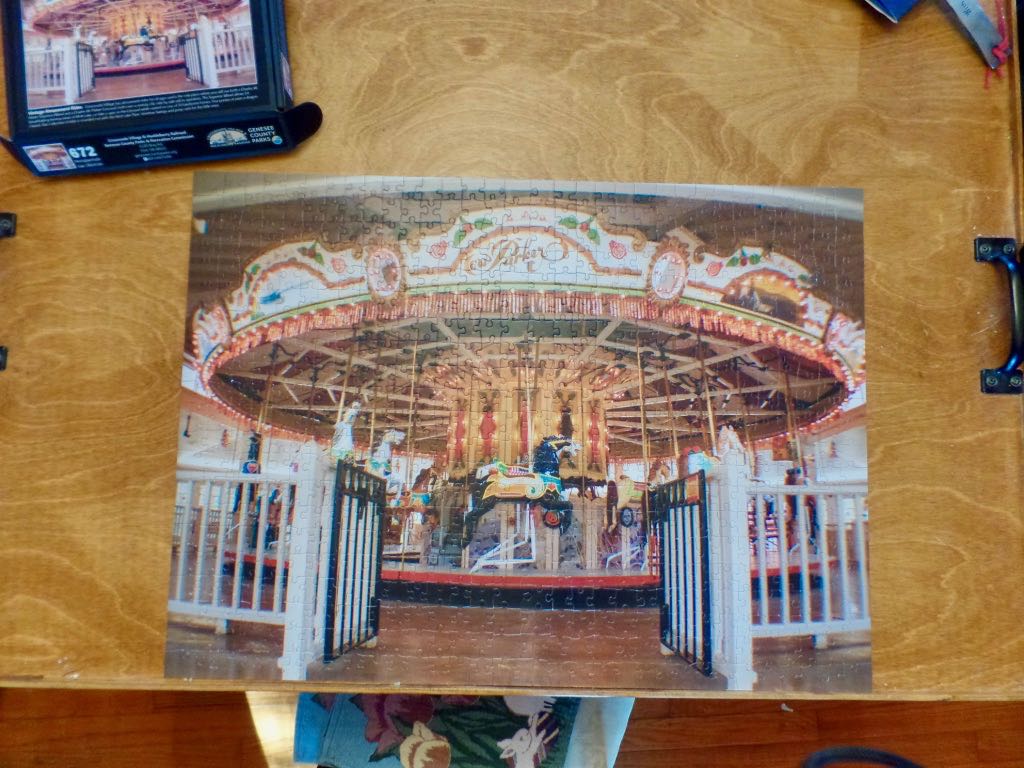 Our Christmas 2019 visit to Crossroads

bunny_hugger bought the jigsaw puzzle they'd commissioned of their own carousel. In March, she assembled it. 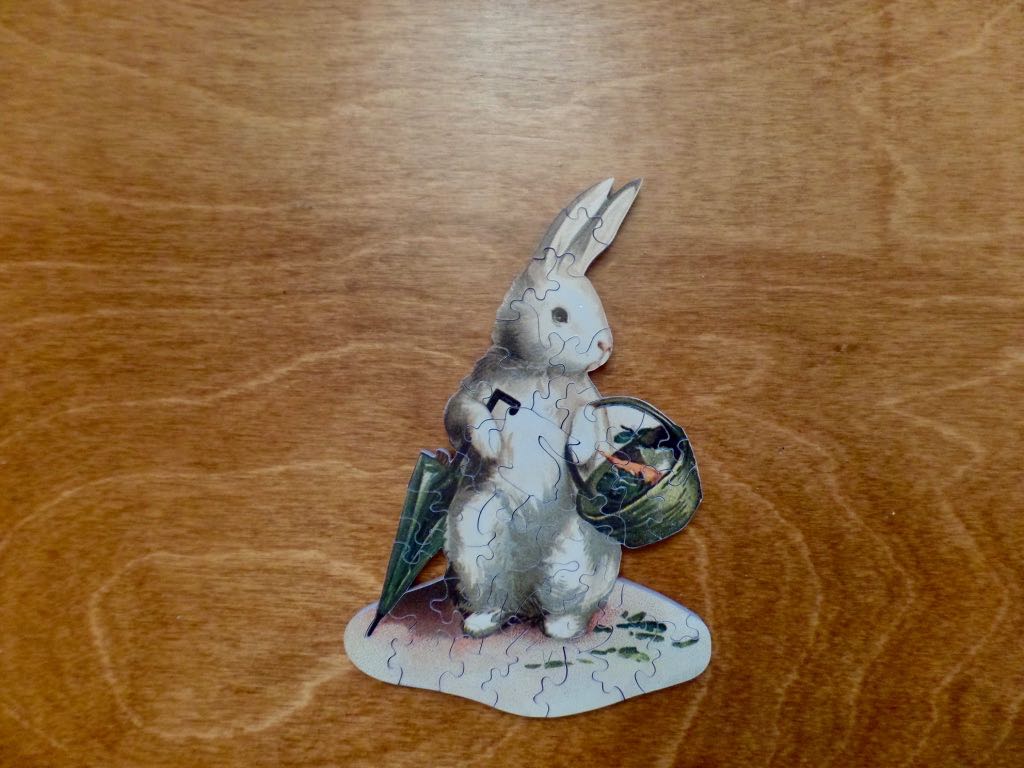 And her other jigsaw puzzle, a tiny one (50 pieces?) that her father'd given

bunny_hugger. Small but fun. Note the ``whimsies'', pieces cut out to look like things, such as the rabbit-shaped piece in the center. There's also a couple pieces that make the shape of a jester, the company's logo. 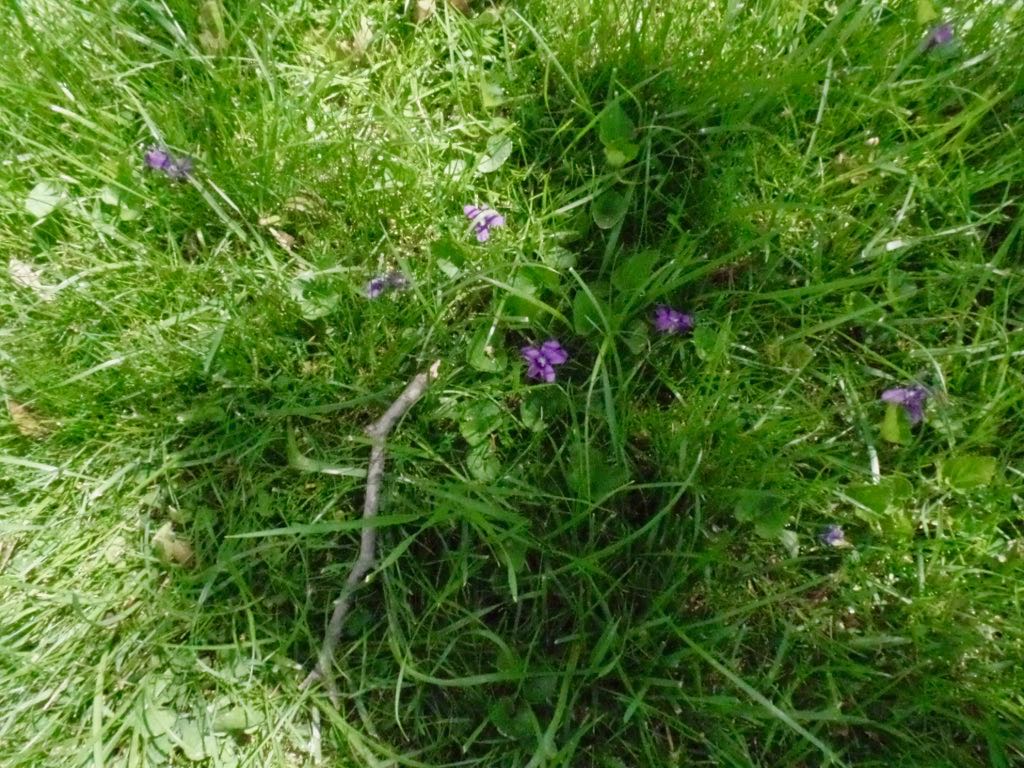 Flowers in our lawn. These cute little purple ones are escapees from a bunch of flower seeds

bunny_hugger had gotten, like, ten-plus years ago and put around the tree on the extension out front. There's still some there, but, these flowers have gone halfway across the property to settle in. I wanted a photo of them before the first lawnmowing of the year in case they couldn't make it. 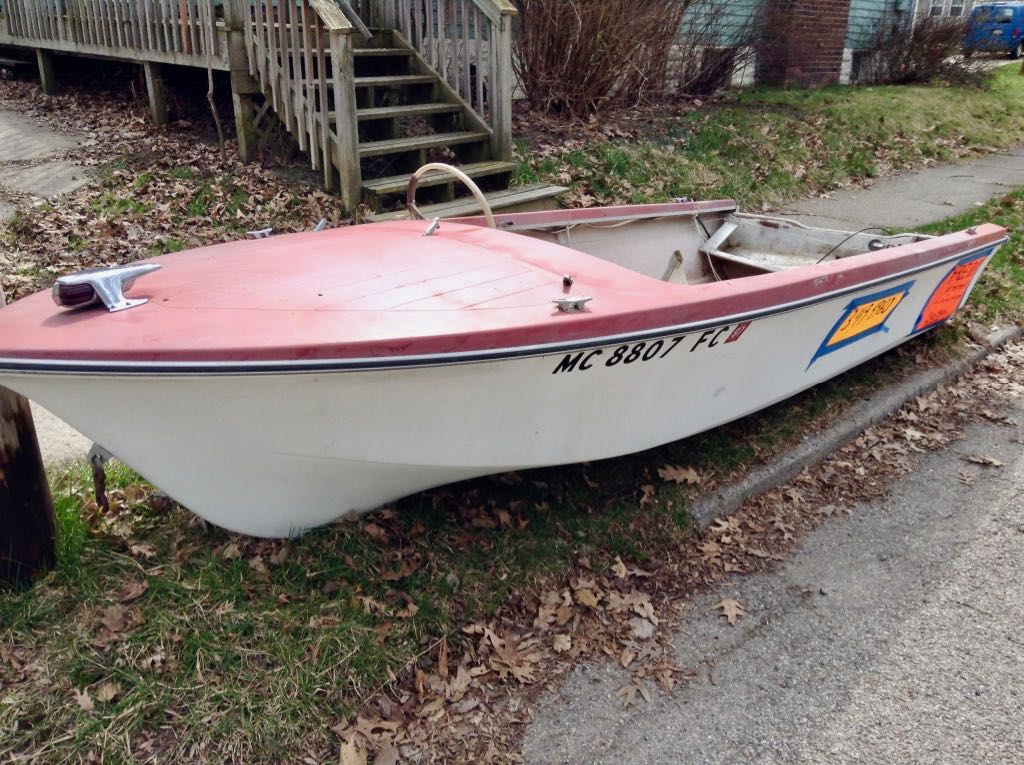 One of the things I discovered walking the neighborhood: this boat, offered for free to anyone who'd take a free boat on the side of a road. 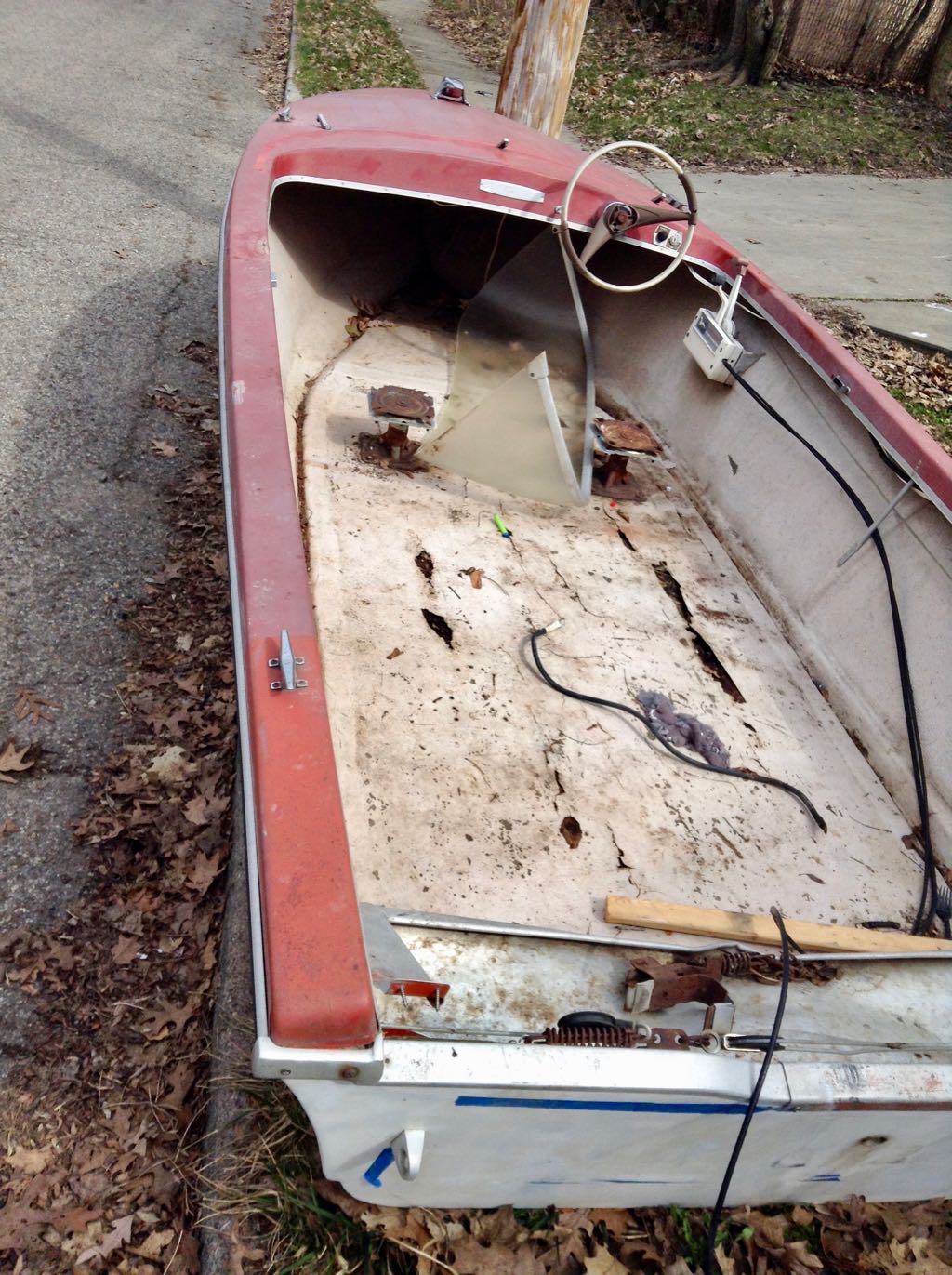 I mean, I understand a free boat is going to be barebones but this seems barebones even for that. It was gone two weeks later, I can't say where. 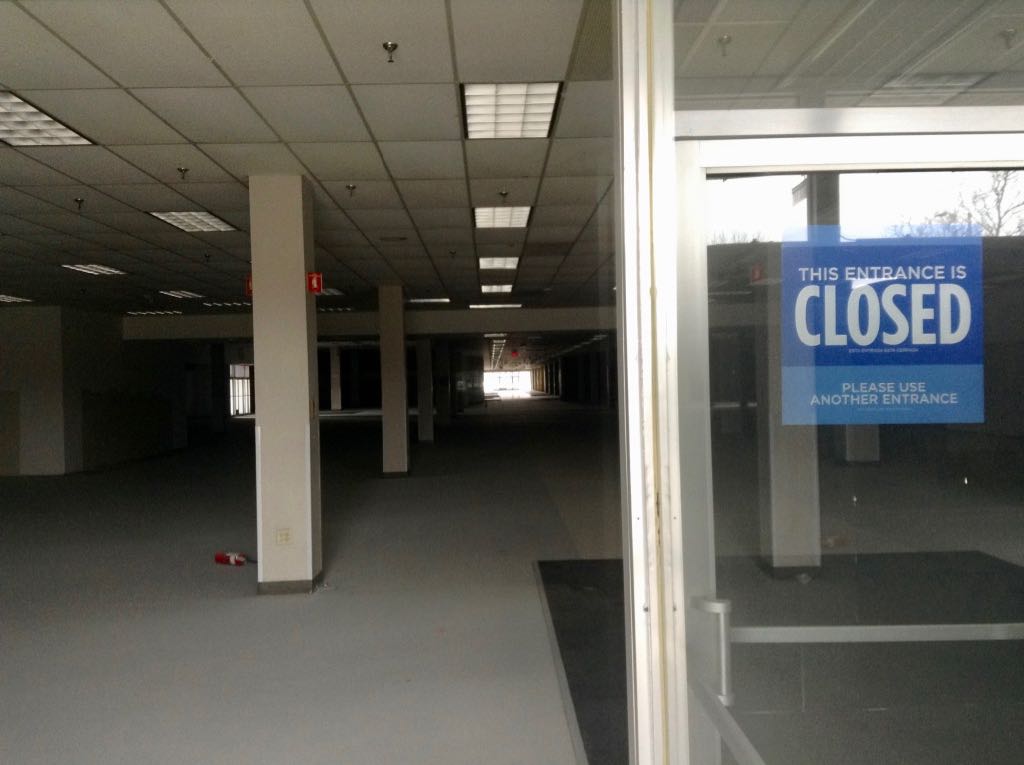 One of my first walking milestones was making it all the way to the Frandor shopping center. Here's looking into the closed Sears; I was impressed I could now see all the way through to the other end of the store. 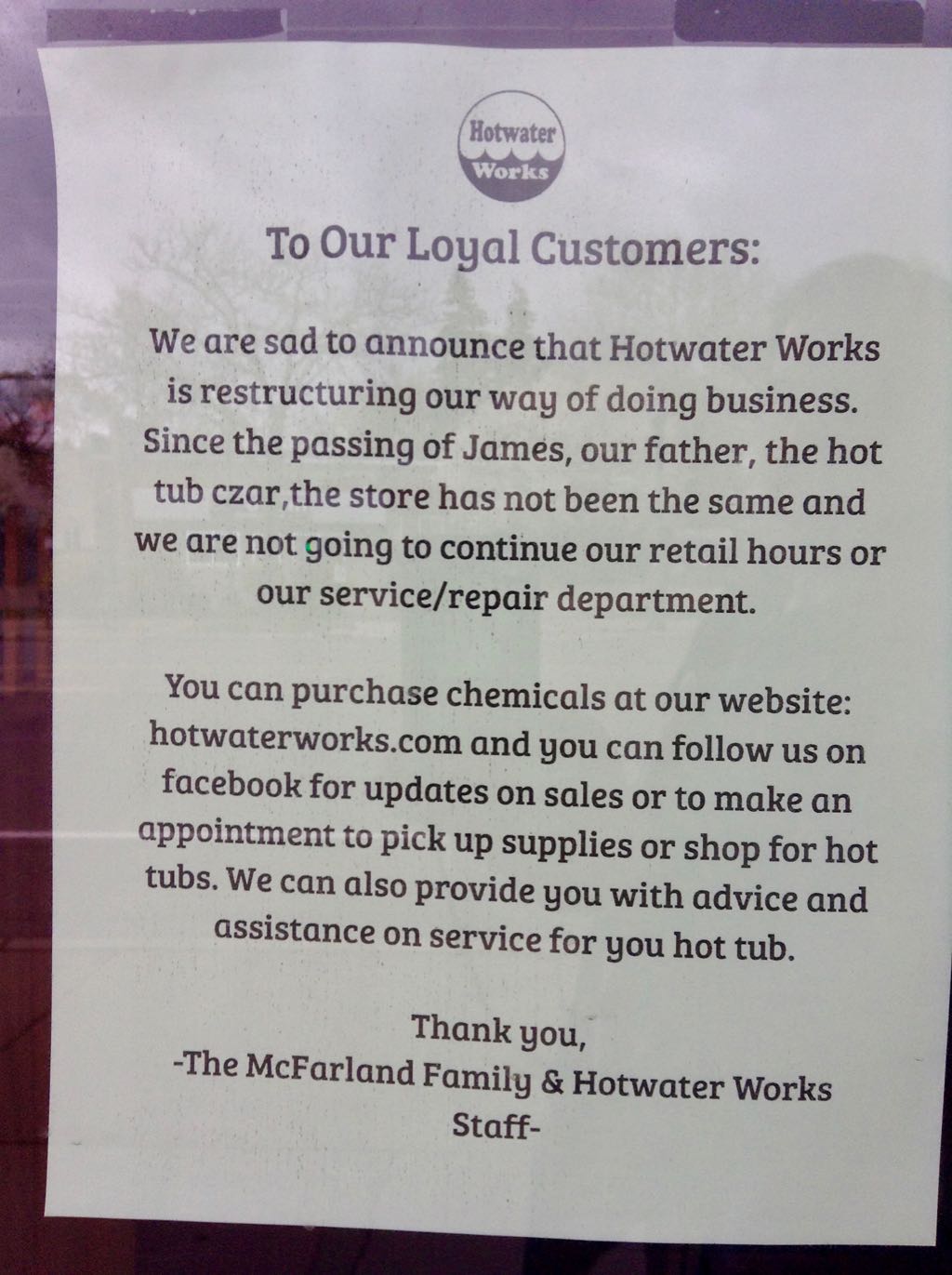 And then sad local news, as the hot tub dealer just up the block announced it was going out of business. This seems to be independent of the pandemic but also, boy, we used to have a hot tub dealer in short walking range, isn't that great?

Trivia: The 1928 Special Publication Number S.23, published by the International Hydrographic Organization [ as it is now known ], set the boundary between the North Atlantic Ocean and the South Atlantic Ocean at the latitude line of 4 degrees 25 minutes North, running between Cape Palmas in Liberia and Cape Orange in Brazil. Source: Atlantic: Great Sea Battles, Heroic Discoveries, Titanic Storms, and a Vast Ocean of a Million Stories, Simon Winchester.