Something for my mathematics blog: The Fundamentals of Mathematics, pointing out an essay with over two hundred and forty of the fundamental theorems of mathematics. Plus some talk about why they're fundamental. Even if you don't understand mathematics in depth, it's likely to give some idea of what mathematics looks like, so, enjoy!

Now to some more pictures of me walking around the zoo. It's become one of my standard longer walks, for when I need to catch up on podcasts, but this was from one of the first times when I wasn't sure I could do a hike like that again. 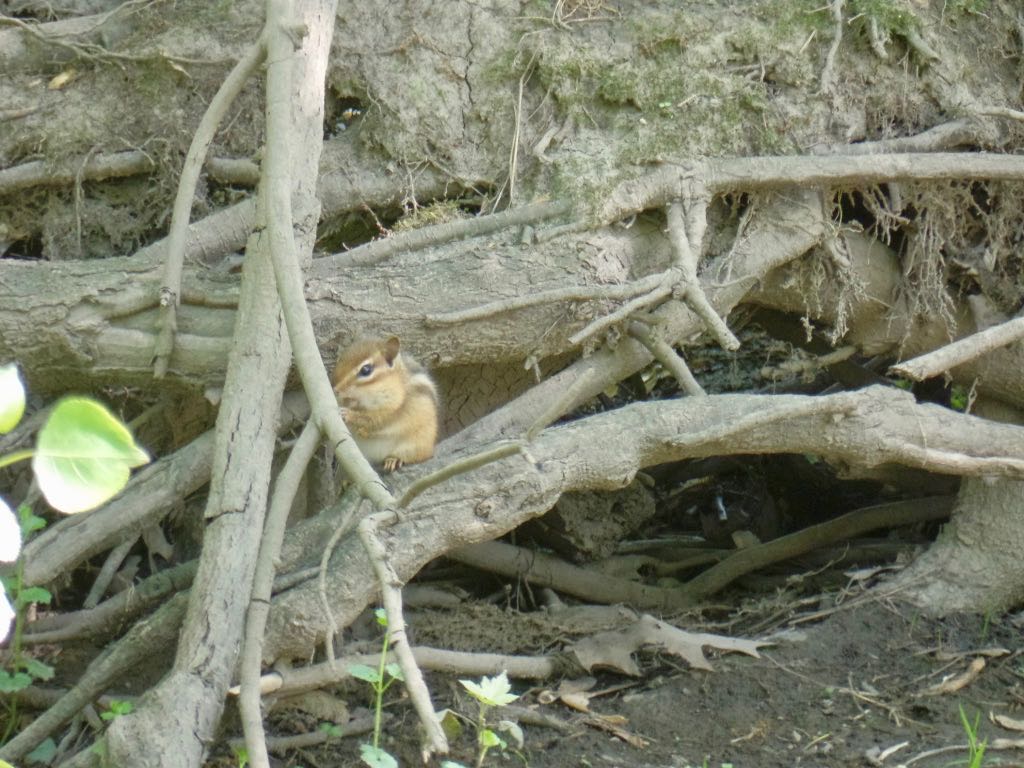 Chipmunk starting to suspect that I'm watching him. 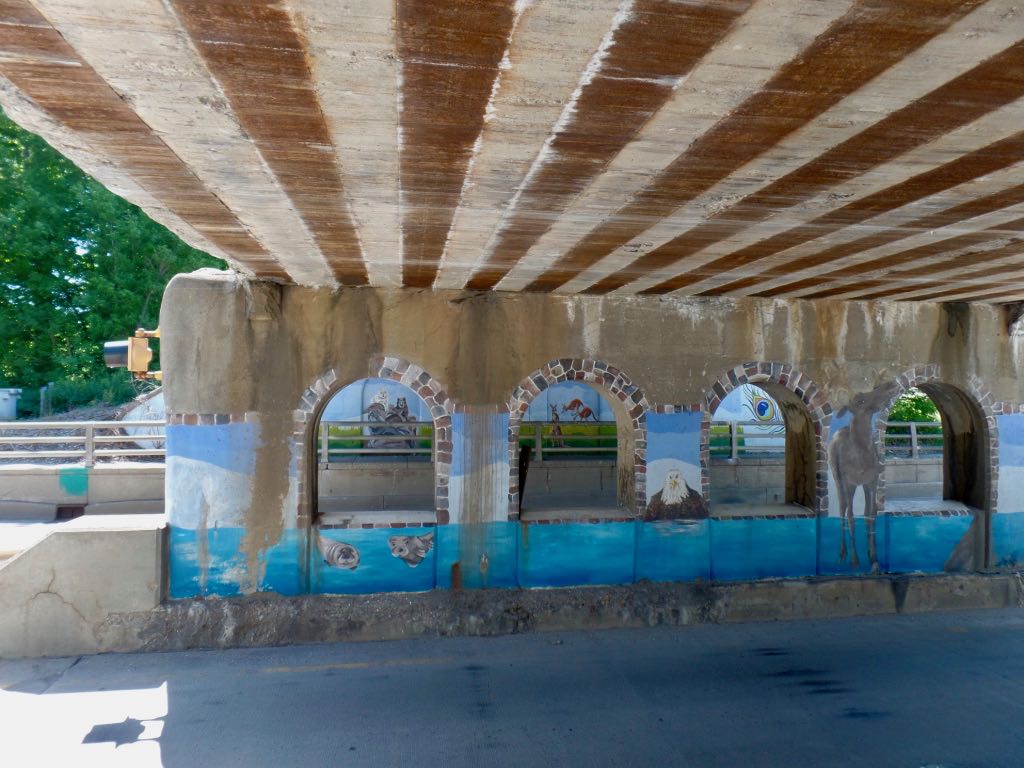 Underneath that railroad bridge. I don't know how old the paintings are; you can see how time's worn them down a bit. 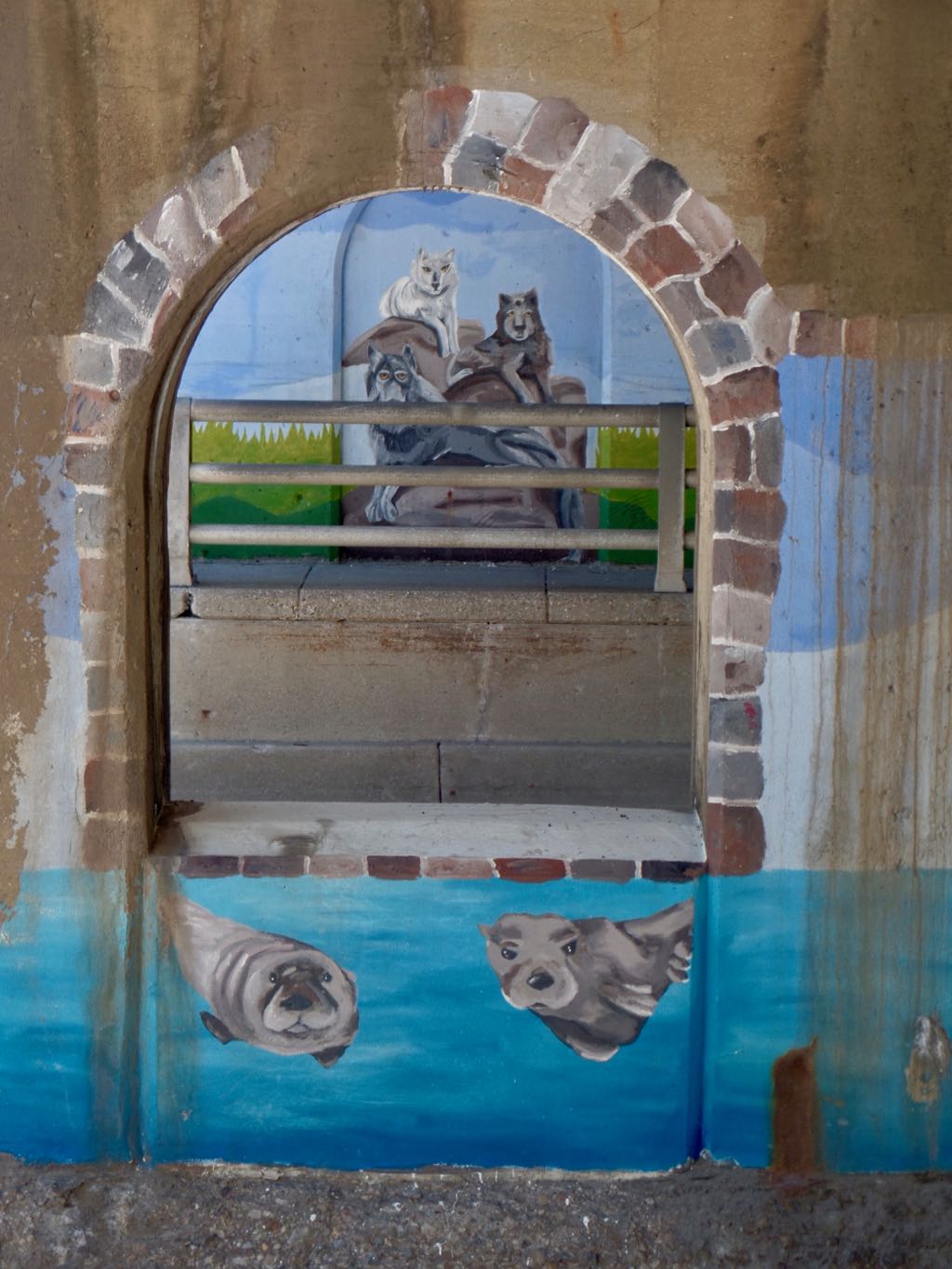 Wolves above and walruses and I guess an otter below. 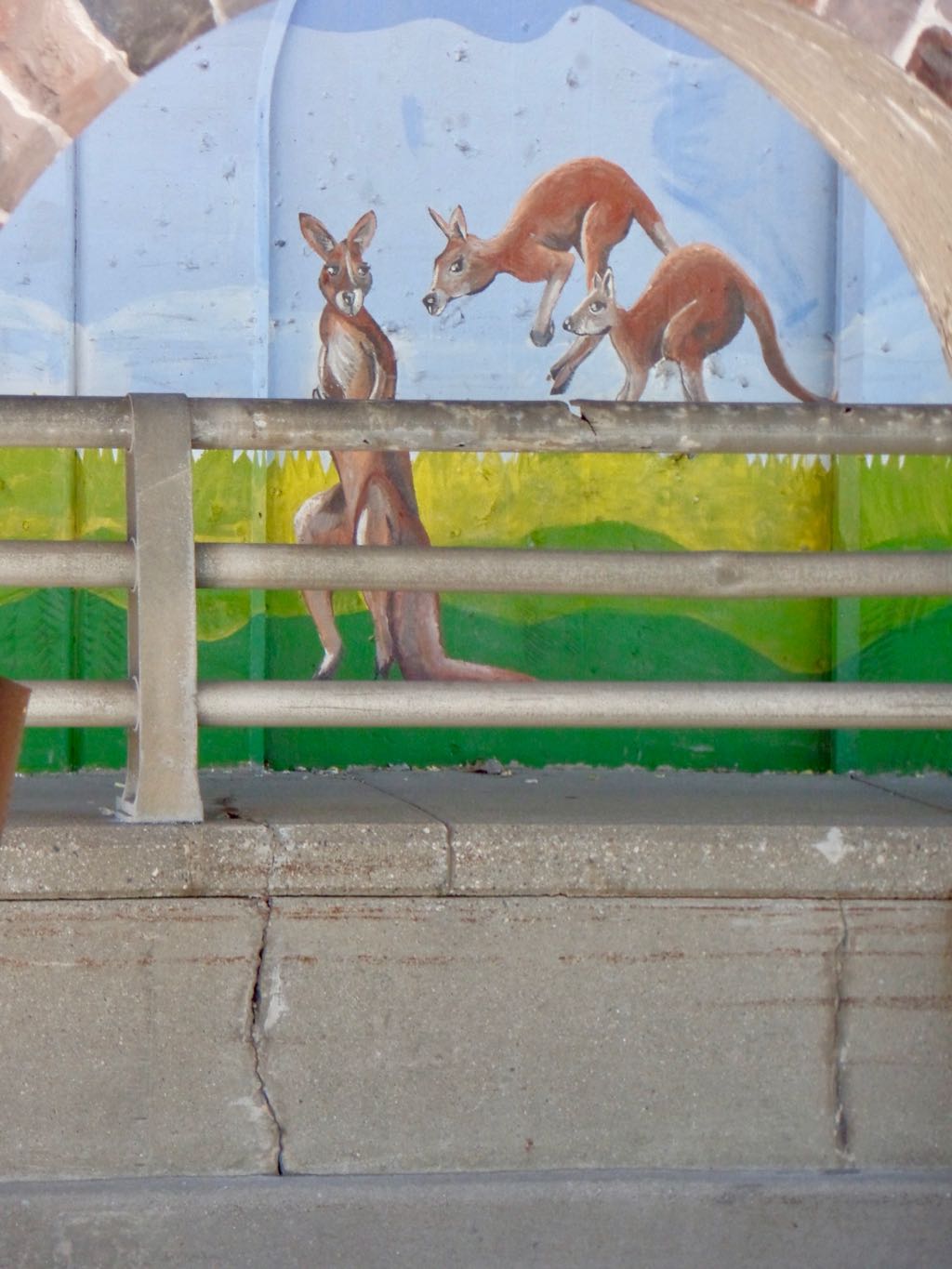 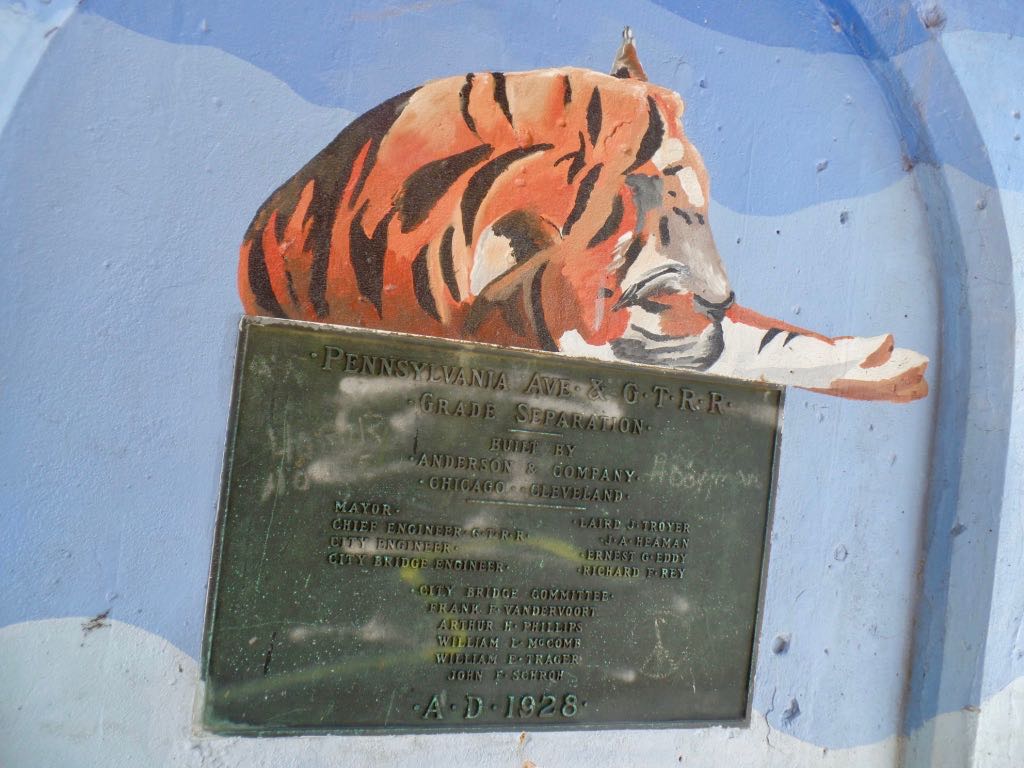 Tiger sprawling over the construction plaque for the railroad bridge. The Grand Trunk Railroad line is still in use and the zoo animals are admirably blase about the trains rumbling by right next door. 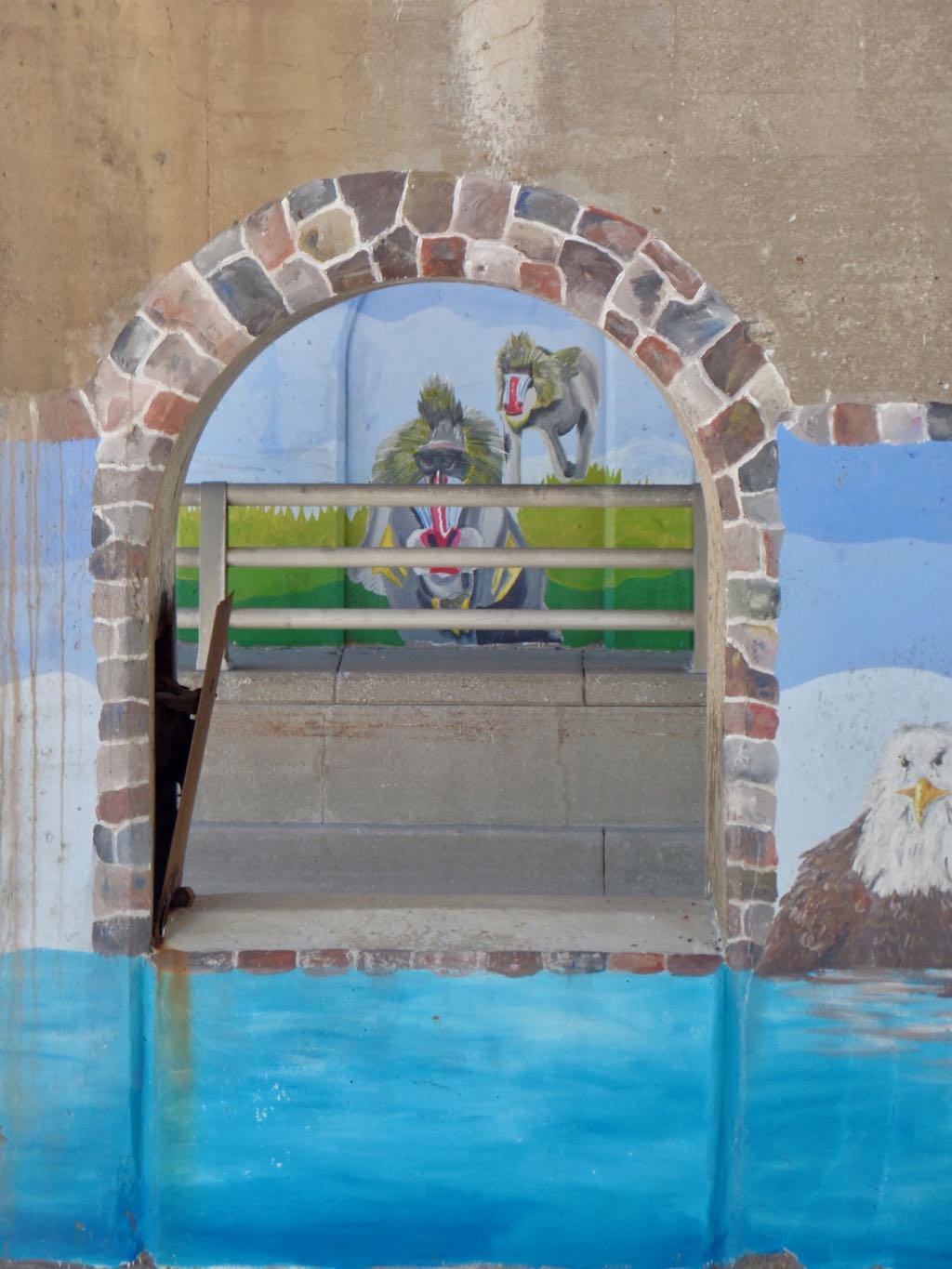 Mandrill seen through an arch in the bridge. There's an eagle unconcerned about being so wet nearby. 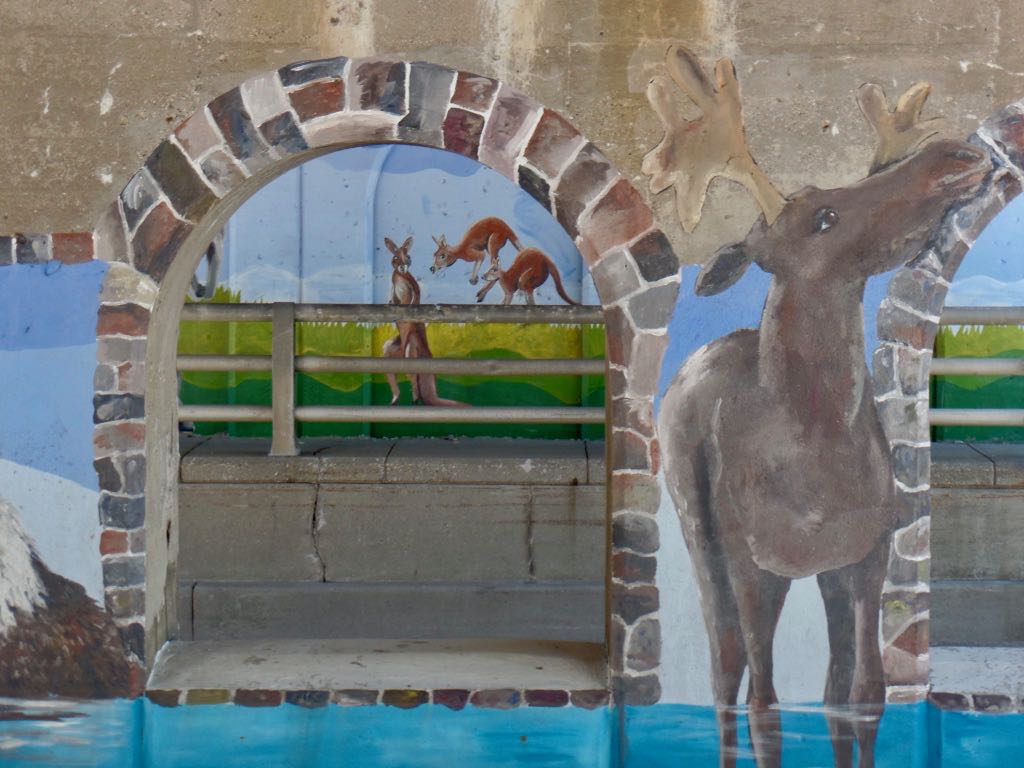 And here's your kangaroos and moose, as you might actually see in the zoo. 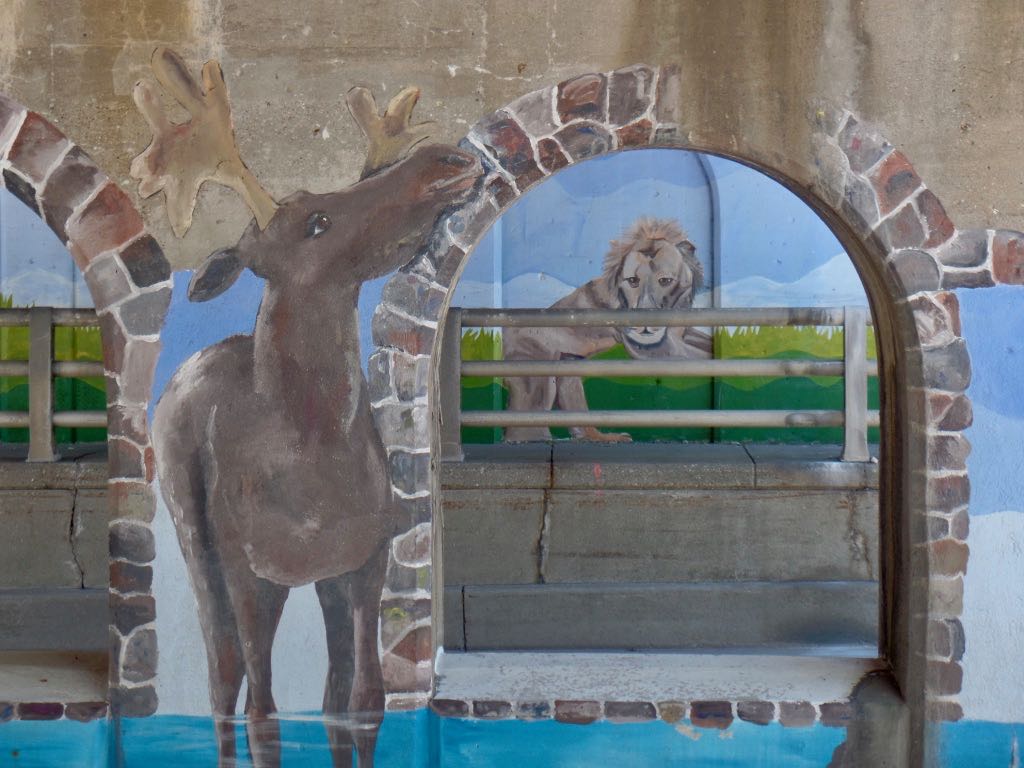 Lion too, at that. 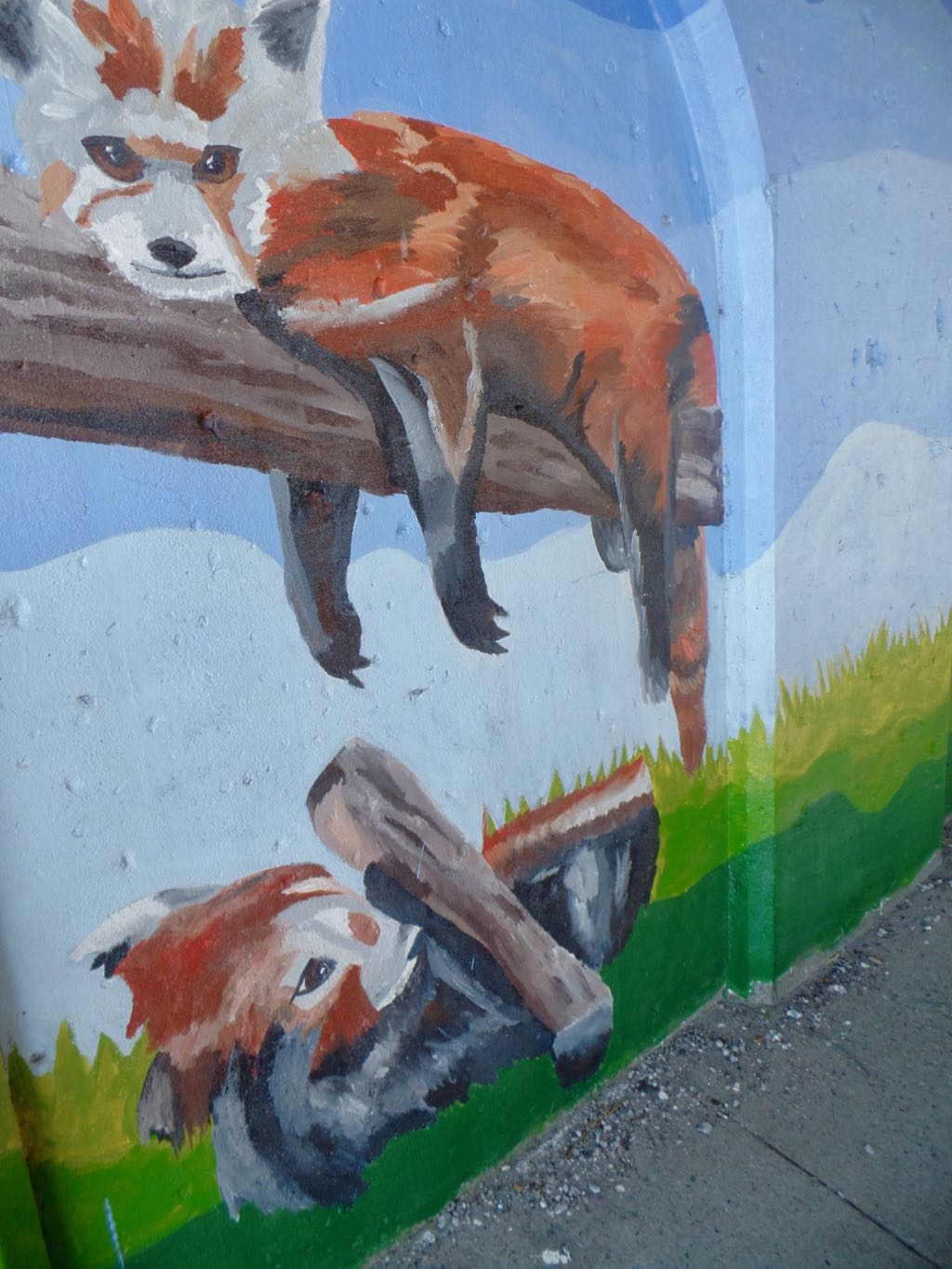 And red pandas. The zoo's got a couple of them, although we haven't seen them out and about in a while. 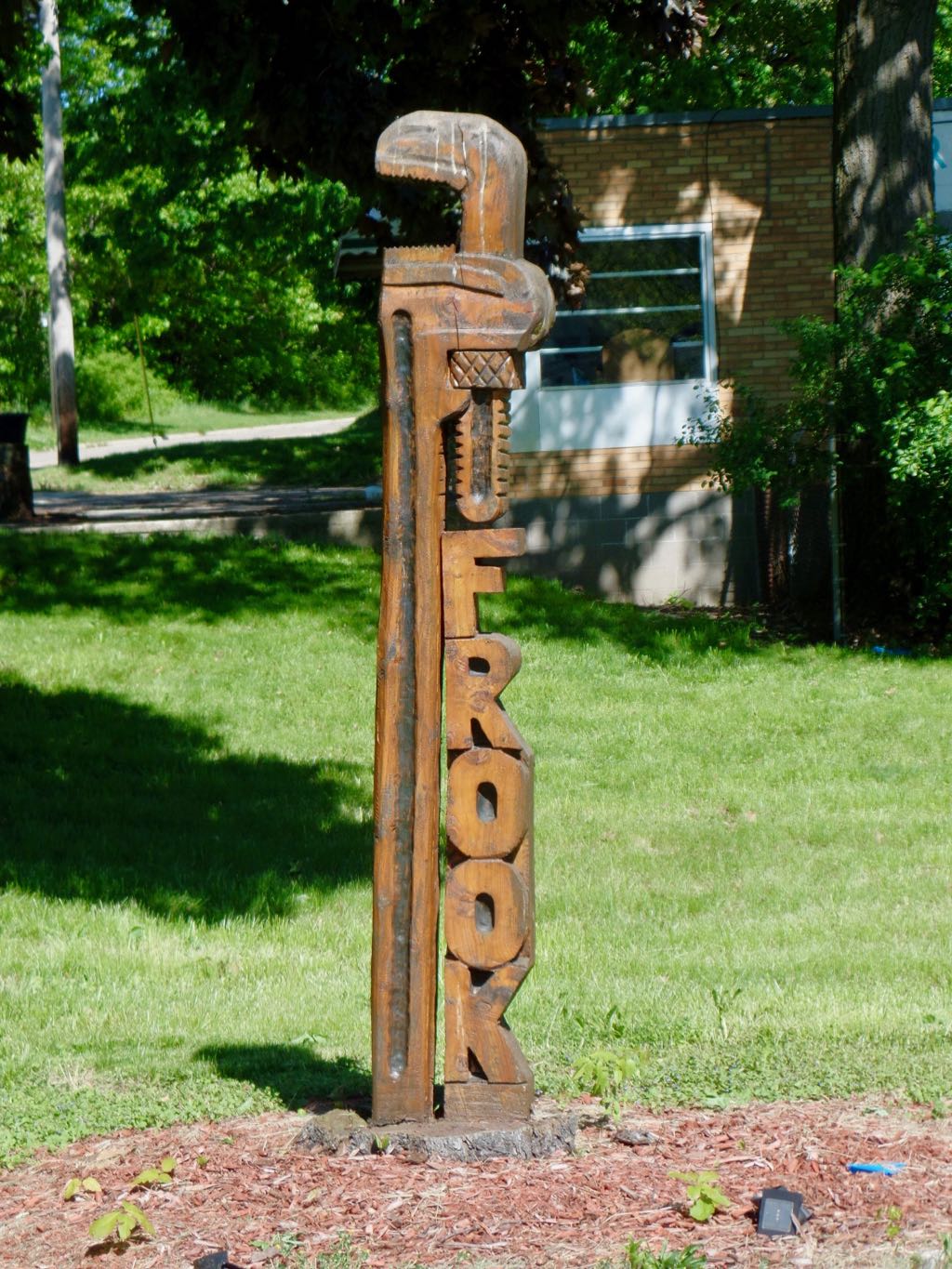 Not part of the zoo; just a catchy carved-wood statue sign for a plumber's.

Trivia: In 1908 the altitude record for airplane flight was officially 82 feet, although the Wright Brothers had flown higher in secret. Source: Mastering the Sky: A History of Aviation from Ancient Times to the Present, James P Harrison.