Nowhere to escape to and nobody there to fear

Been a big comic strip week over on my humor blog, and that before the big Mallard Fillmore news. (The Gannett newspapers are dropping Mallard Fillmore. Like, every one of them. Well, not to worry for fans of That Duck. I'm sure another newspaper in town will scoop up such a beloved and sure-fire circulation booster and I'm getting a bulletin that apparently there's something less than extremely good about every town having at most one newspaper and having them owned by one of three companies nationwide? How is that possible?) Anyway, here's what's running on my corner of the Internet, where I don't read Mallard Fillmore and you can't make me.

In my photo roll, I'm up to June, a point when I was pretty comfortable walking around a good swath of Lansing's eastern half and East Lansing's western half. Also bits of Lansing Charter Township which, ugh, don't get me started. So anyway here's the first of a bunch of photos from miscellaneous walks around town. 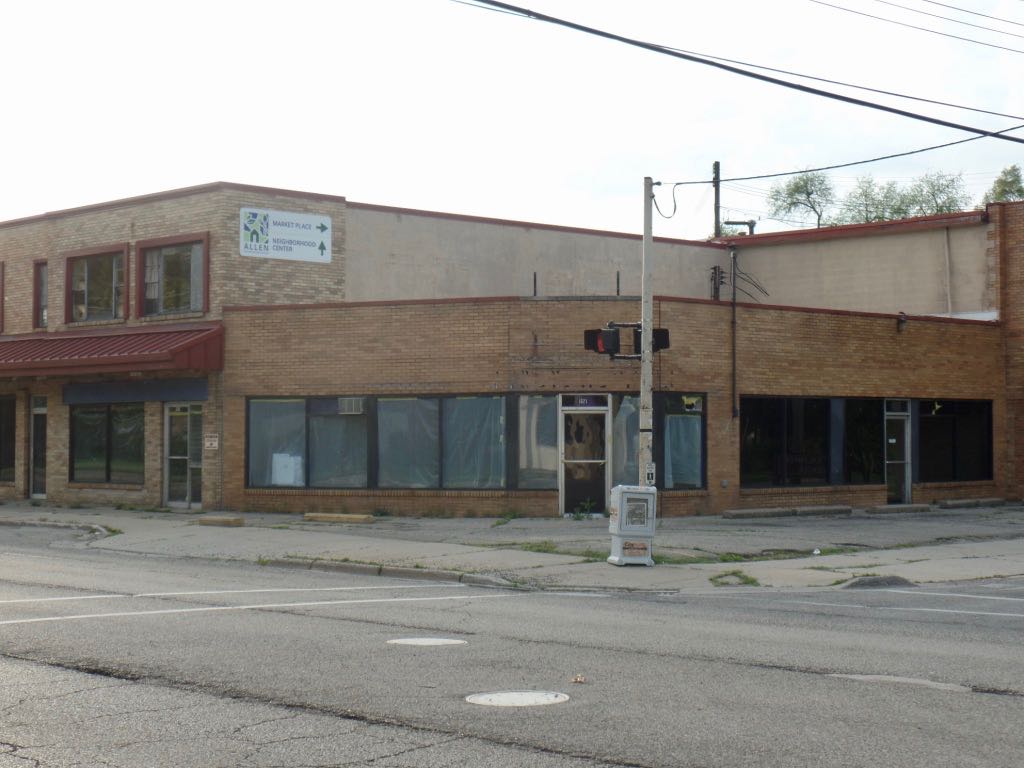 So here's the building that housed the Allen Street Neighborhood Center, and the once-a-week farmer's market. We learned the place was being renovated so I got some snaps of what it looked like before who-knows-what happened. 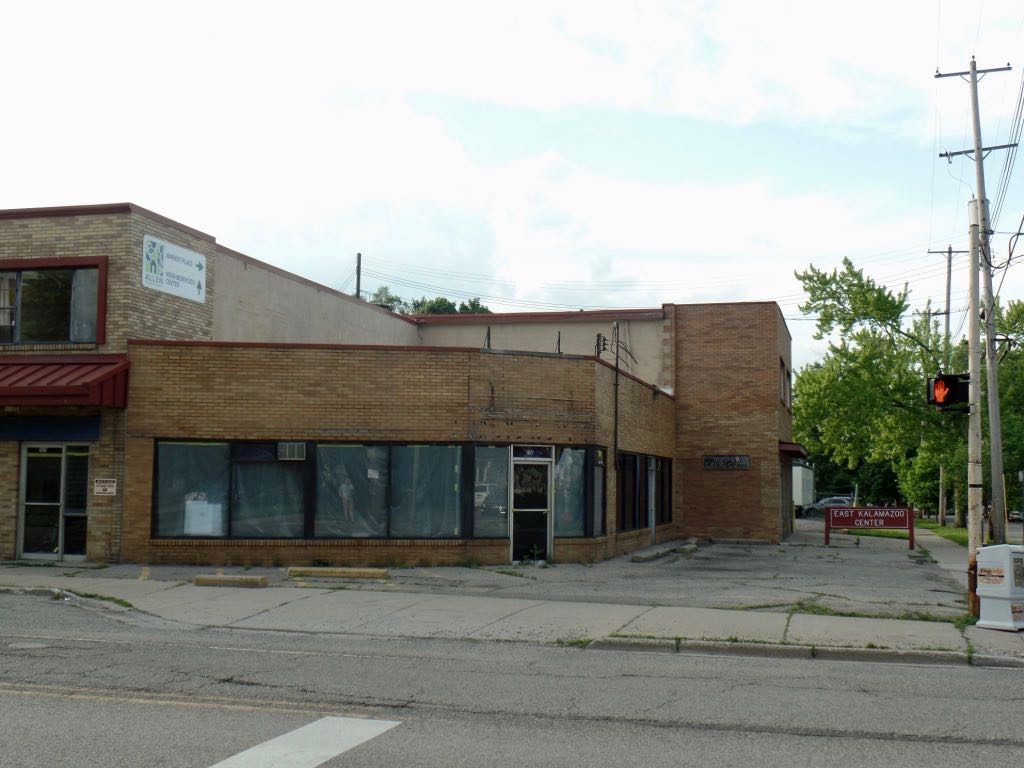 What's happened so far is that basically this part of the building, including that nice corner-cut door, has been demolished and turned into a parking lot. I assume renovations and maybe expansion of the rest of the building will balance things out some. 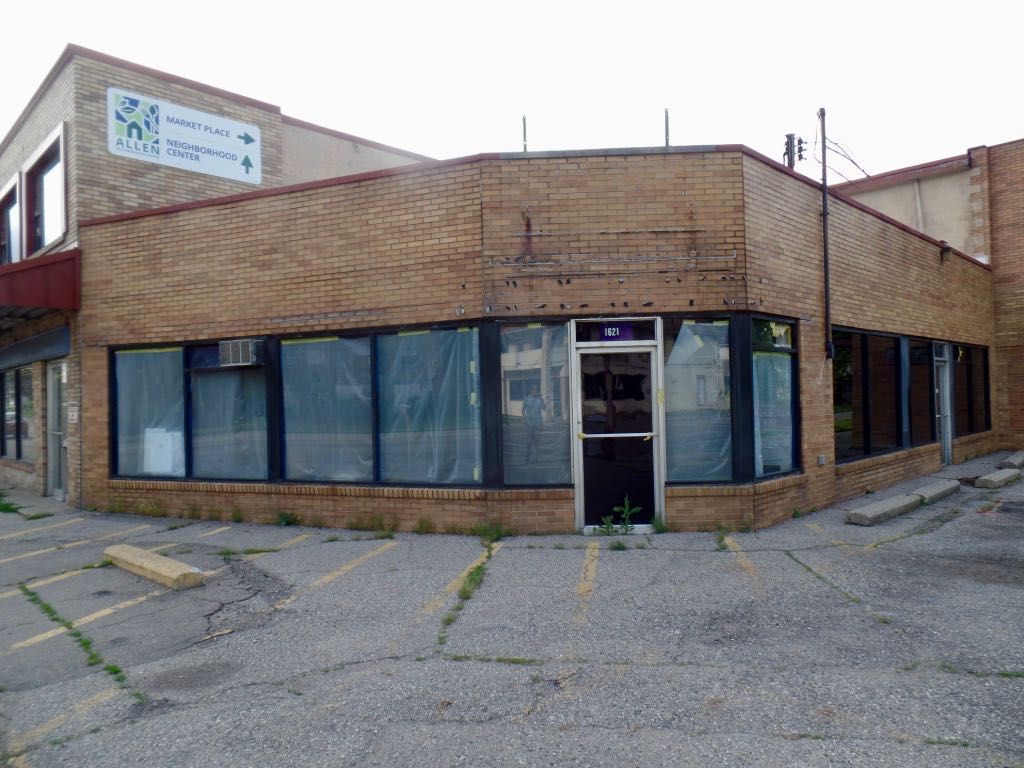 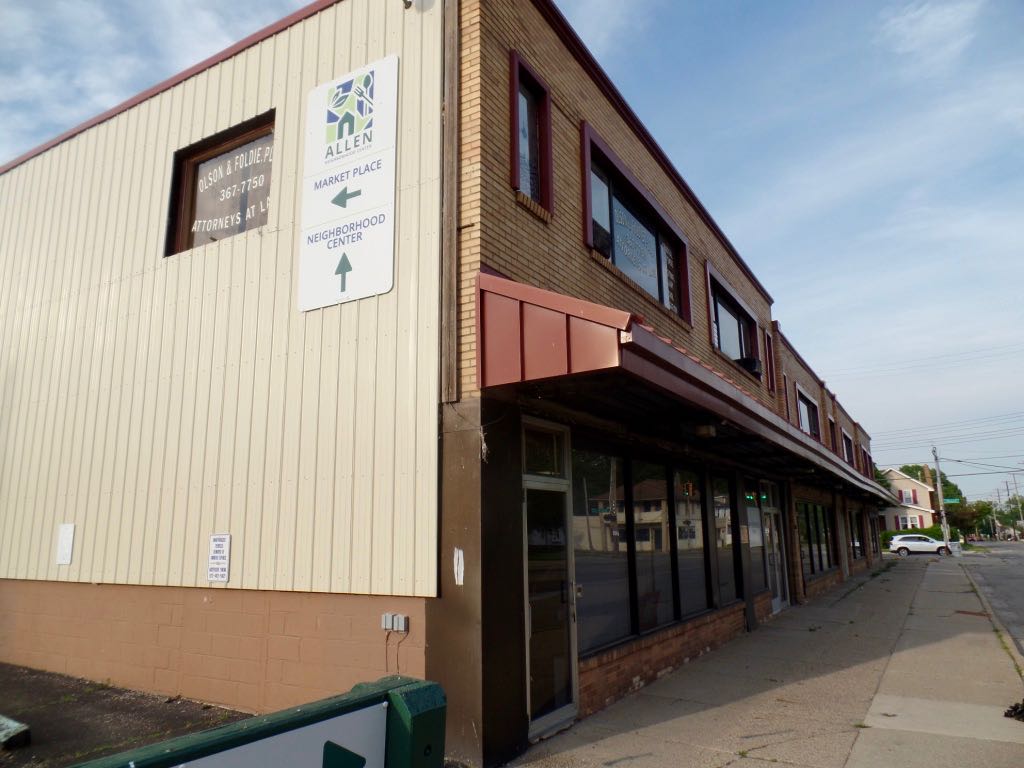 The far side of the building, so far still intact. Note the abandoned attorneys-at-law business that didn't see the need to include an area code. 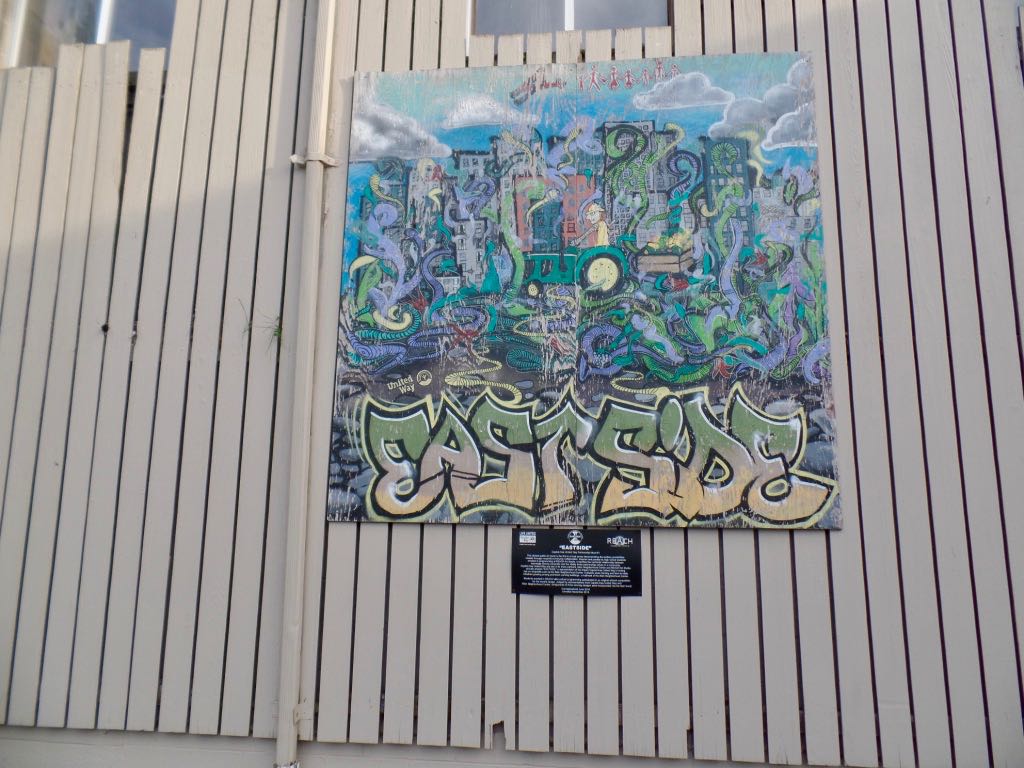 Bit of art on the back of the Allen Street neighborhood center, a battered but recognizable tribute to the Bastside. 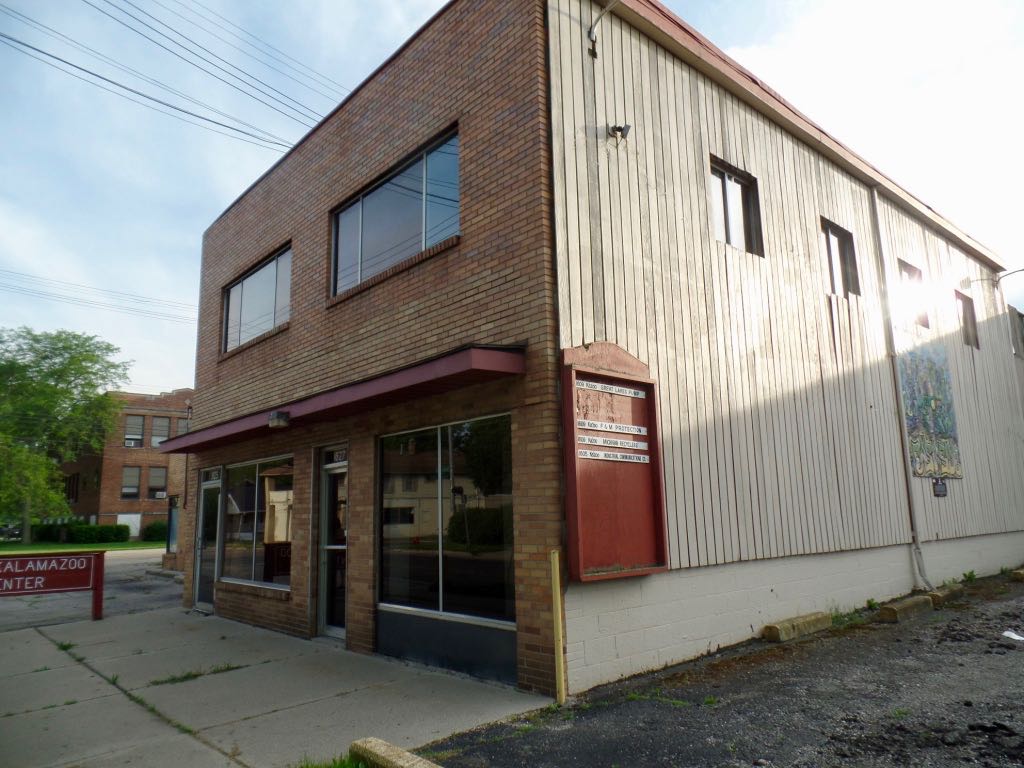 And here the part of the center that it turns out has been demolished, a couple empty storefronts. 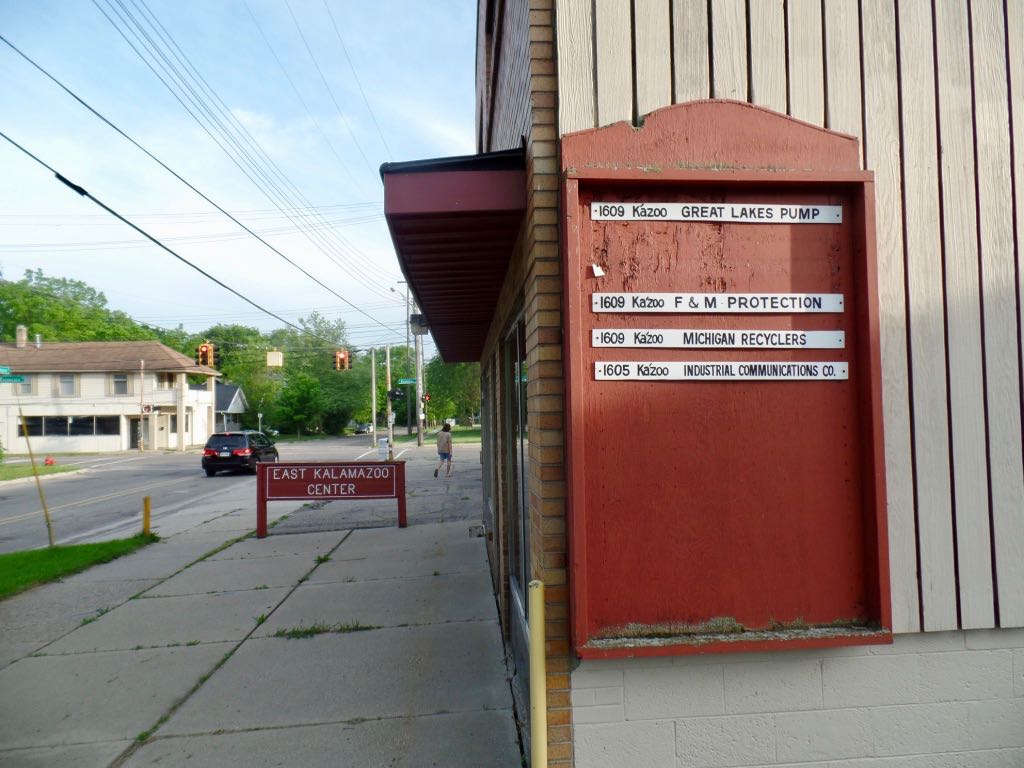 The last sign with long-since-gone tenants on the side of the building. Also catch that abbreviation for Kalamazoo Street. 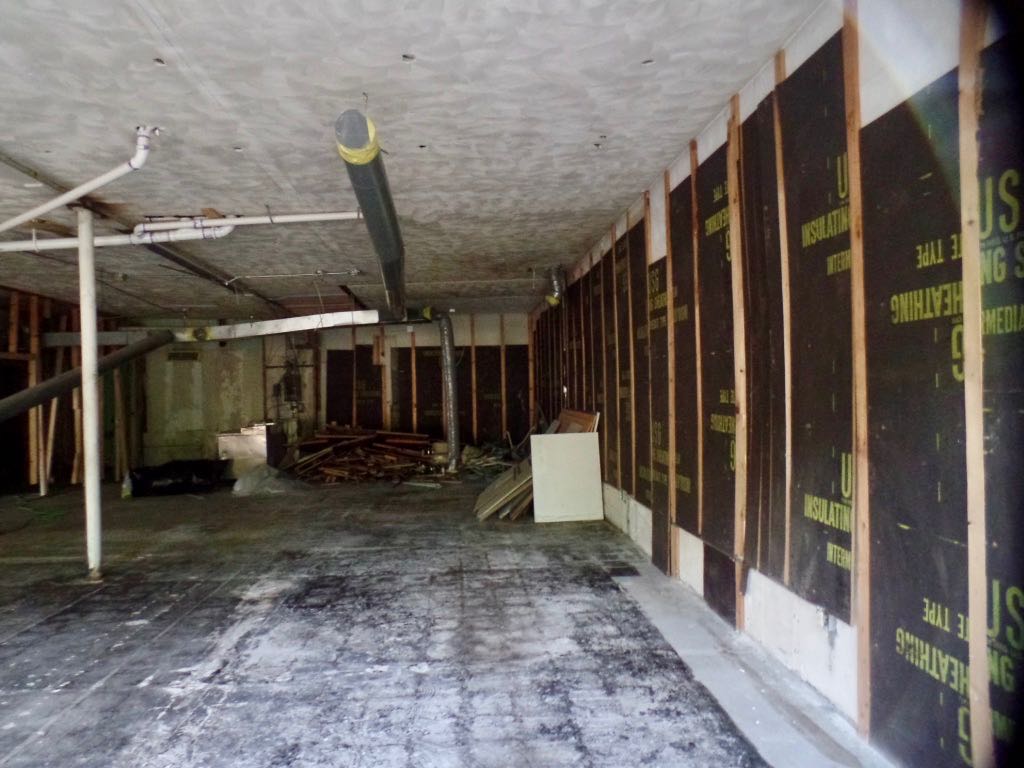 Peering into one of the abandoned storefronts in the now-gone part of the building.

Trivia: The future (British) King George III was born in a house in St James' Square, London, rented from the Duke of Norfolk at £1,200 pa for four years. Source: George III, Christopher Hibbert