We did our mouse Fezziwig's first post-Revolution litter-change. I'm sure it distresses him to have his nice comfortable home with all its scents and nicely built nest uprooted again; there's just no way of explaining our motives. We realized that an egg carton could be a good new shelter for his main nest, though, and we should finish off another dozen eggs in two weeks when it's time to change his litter again. While we weren't watching, to our amazement, he moved the whole of this 12-egg carton, changing its position and pushing it up enough that the structure closed. We'd set it down split open, facing down, and he would rather have a cardboard floor and ceiling. He is an amazingly industrious mouse.

Worrying us is that he's still scratching his back. The vet's said that it was normal as the fur mites died that they should itch more, and that we didn't need to change his treatment barring signs that it was getting worse. But, now, he's got a scabby part on his back and that seems worse? But we're not sure it's worse like they mean? We got some pictures of it so we can send them for an opinion and hopefully will be reassured that this is as it should be. But it'll be a comfort in two weeks when the next dose of Revolution, which kills the mites, is due.

Some more photographs from more walks around town. Also from just being in the backyard. 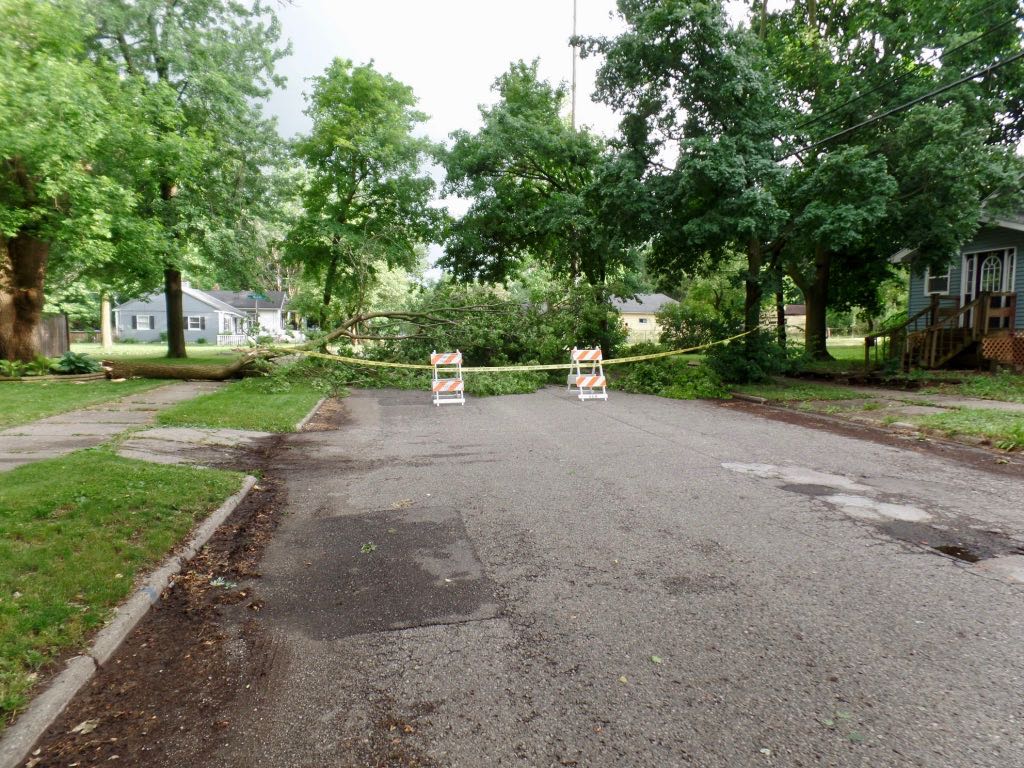 Something spotted during a walk: a tree that'd fallen down in the less-catastrophic direction. 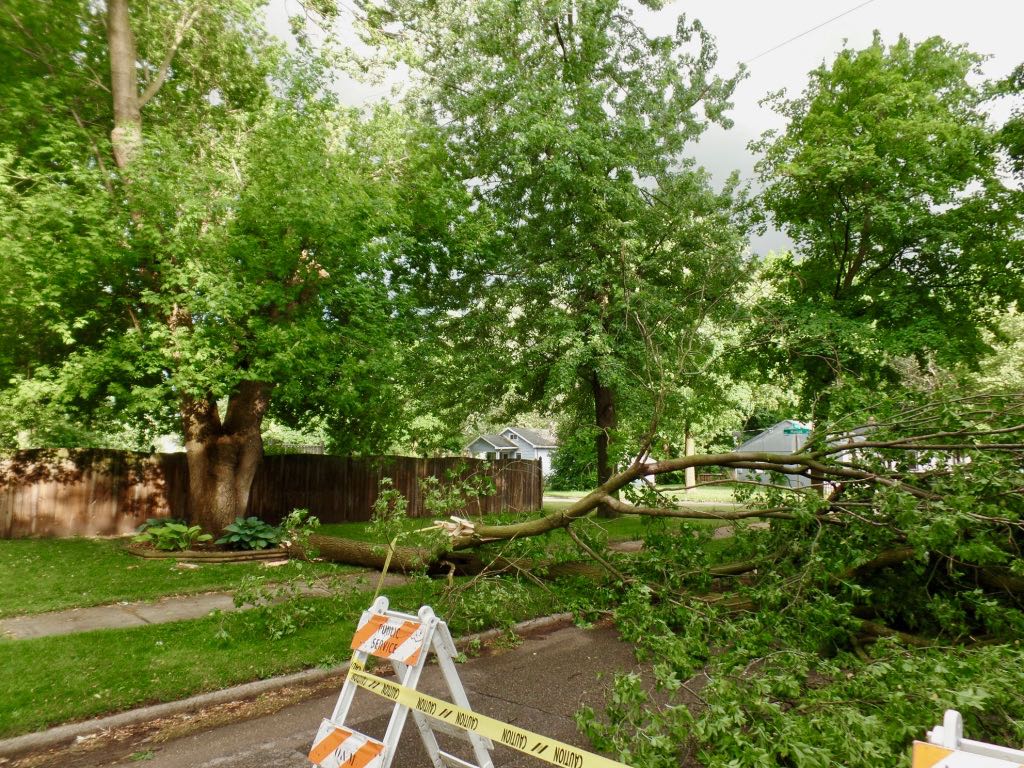 I'm curious why a tree that apparently healthy would have fallen over. We sometimes get strong winds but it seems like there should have been more to cause it. 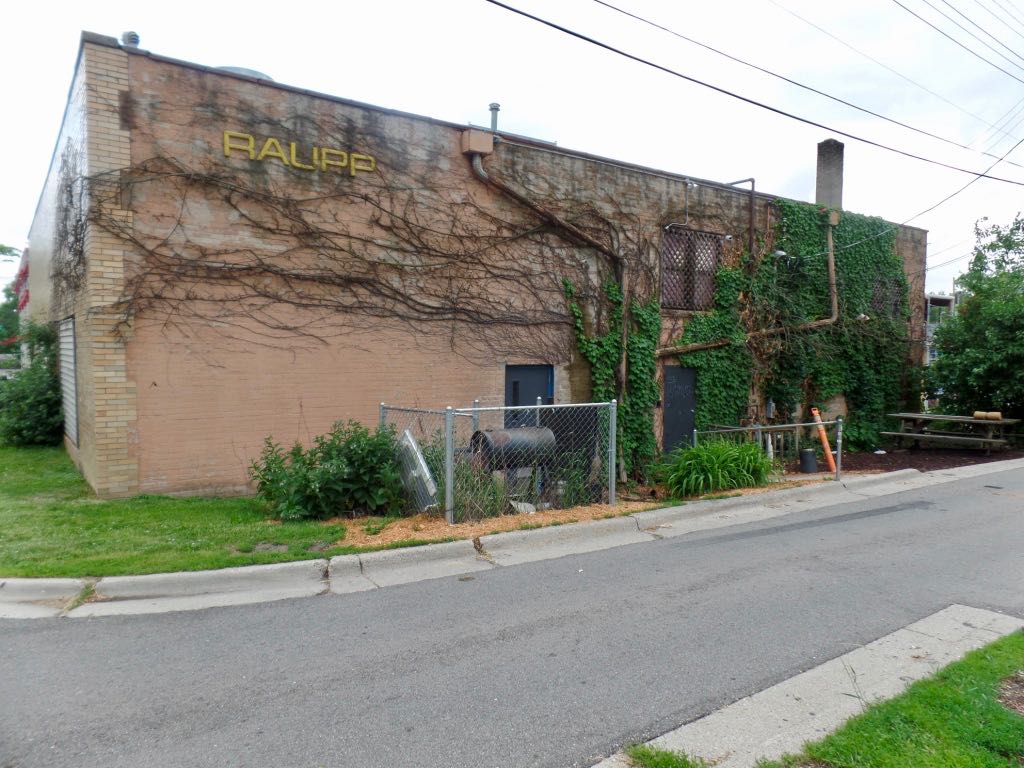 The back side of our hipster bar. Long long ago it was an outpost of a small local sporting-good chain, Raupp stores, and when the ivy's died back you can still see the sign. 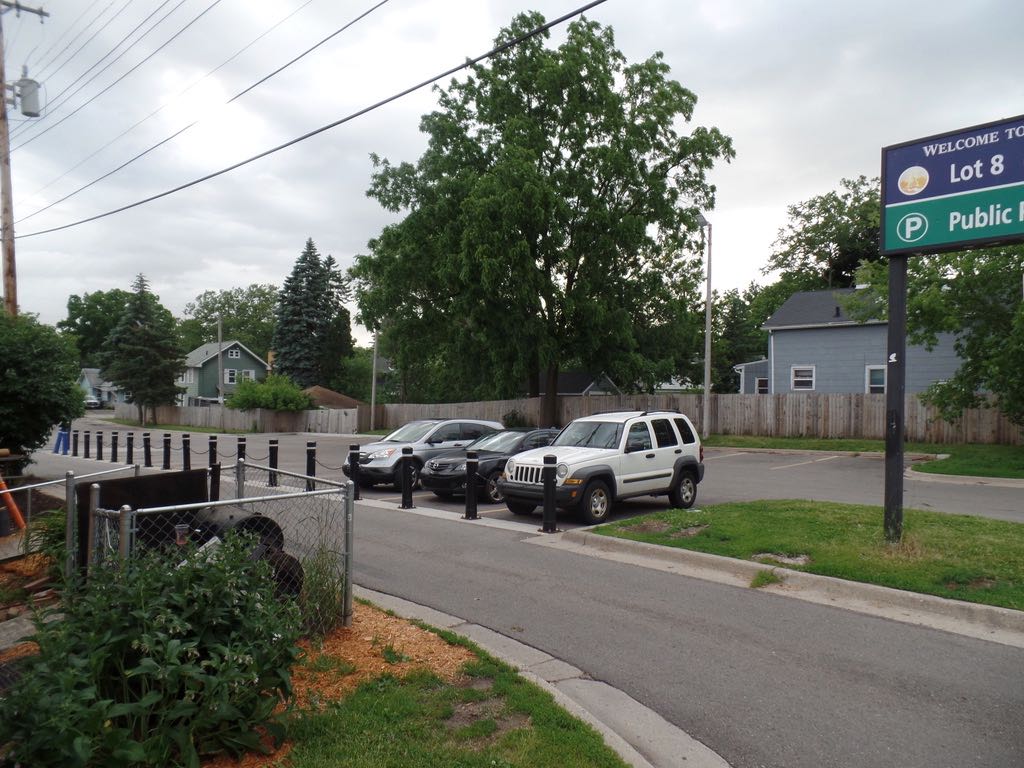 The parking lot behind our hipster bar and the other bar and oter stuff. It's 8 pm on a Wednesday here (service industry night; the pool tables were free); but given that nothing was opened up back in June, I'm surprised it's that busy. 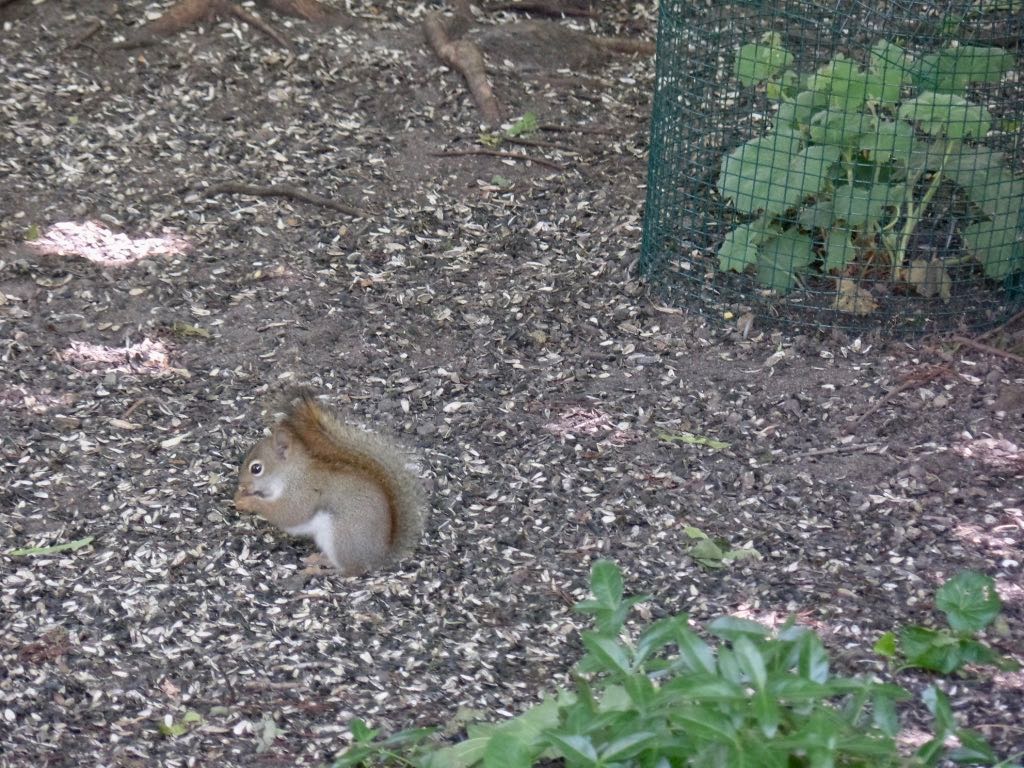 Young squirrel enjoying our backyard. Notice the plant that

bunny_hugger has put in Gardening Jail for sufficient reasons. 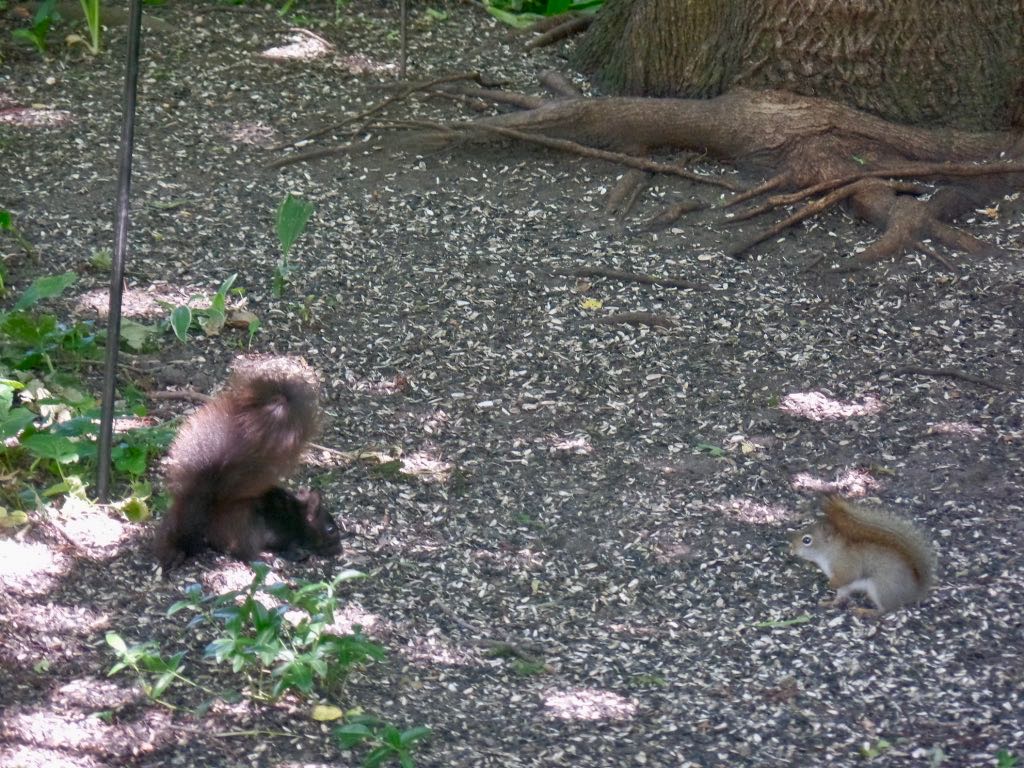 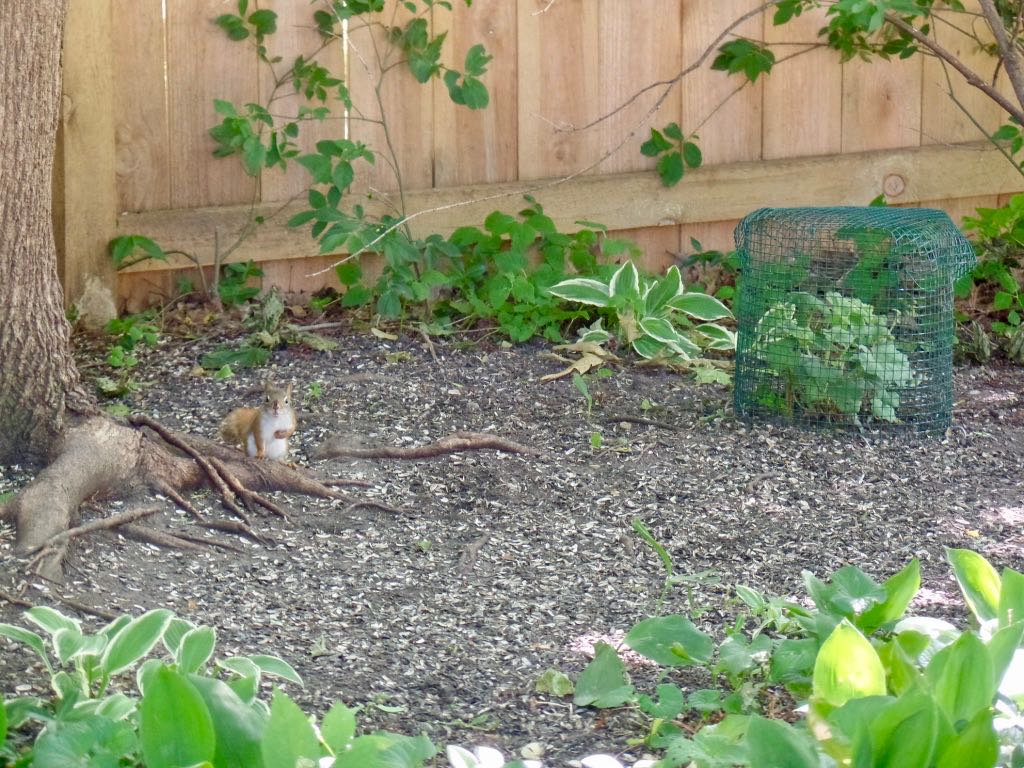 Squirrel wanting to know who I think I'm looking at. 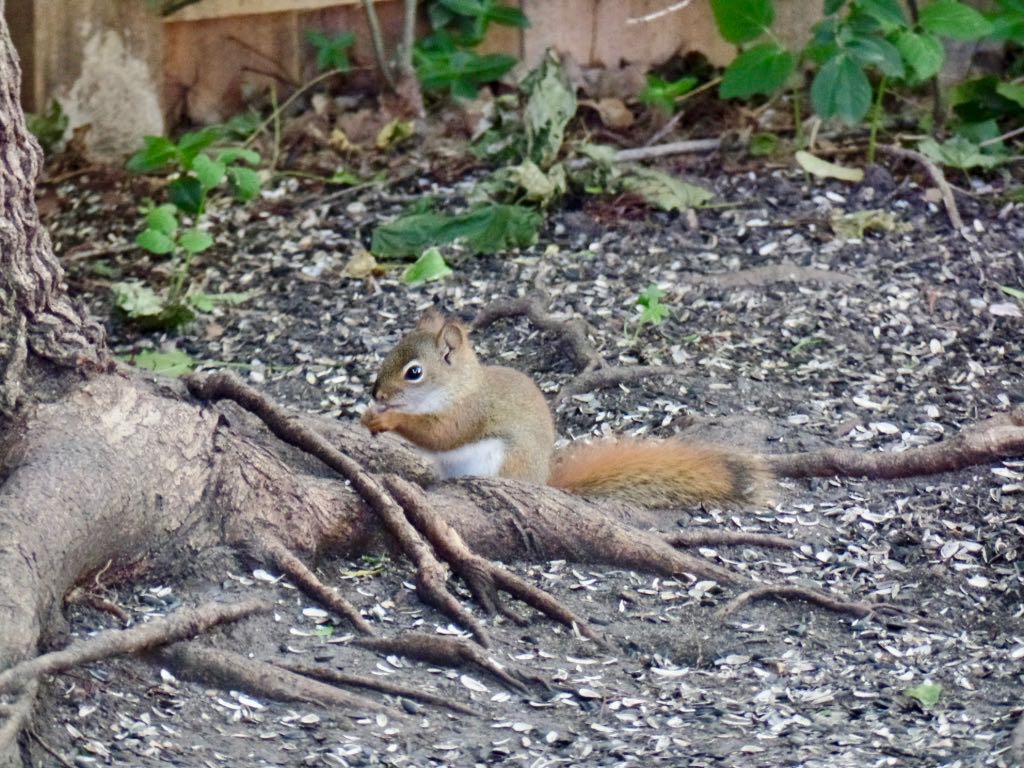 Satisfied that I'm not a menace, the squirrel goes back to business.

Trivia: An 1815 French book of games, Les Jeux des Jeunes Garçons, describes la balle empoisonée --- ``the poisoned ball'' --- which is essentially baseball, played on a four-base, diamond-shaped infield. Its significant difference from baseball as we know it is that the hitter at home plate struck the ball with bare hands, rather than using a bat. Source: Baseball Before We Knew It: A Search for the Roots of the Game, David Block.