Can't they see the existential threat is on the way

A year ago this time we were making our way home after another successful night of Lansing Pinball League, with the league having 20 people playing five games plus the side tournament game (The Simpsons, Pinball? Party!; I was mistaken when I claimed it was Junkyard in my photos recently). Even met the guy running Pinball Pete's, who came in to the bar after the league was done for the night, the first time we'd seen him at our hipster bar. I'd picked a good night to wear my new pink Pinball Pete's T-shirt, too. We'd drummed up business for the next week's March Hare Madness charity tournament, and MWS had announced how there were going to be strikes tournaments on non-league weeks. I didn't even take any pictures of substance and I think

bunny_hugger only took a few after all the big action because she would need some for the league blog.

bunny_hugger and I closed out the night playing The Beatles, and my recollection is that I put my name on the high score table for our last game of the night and, it turns out, year.

So. I would like to thank every single politician and TV personality and leader who's done everything they can to prolong the pandemic. To fight against masks. To push for opening anything that isn't a grocery store, pharmacy, fabric, hardware, or pet store. To not pay people to stay home and let the virus burn out. Thanks so much for all the dead people. For all the lives wrecked. For all the things that we could have been and never can be now. All you people who carried on as though the virus was something we had to ``not live in fear of'' and just carry on and accept that everybody was going to be worse off ... I would compare you to General Woundwort, in his rage-filled delusion ordering his underlings to believe dogs aren't dangerous, except that General Woundwort organized his warren to stop the myxomatosis pandemic. So good job running things worse than a bullying, brute rabbit who cannot comprehend ``five''. Good freaking job.

For the 4th of July, since there'd be no city fireworks, we drove to

bunny_hugger's parents and hung out, outside, at a distance, to ultimately set off home fireworks. Here's some pictures of our visit. 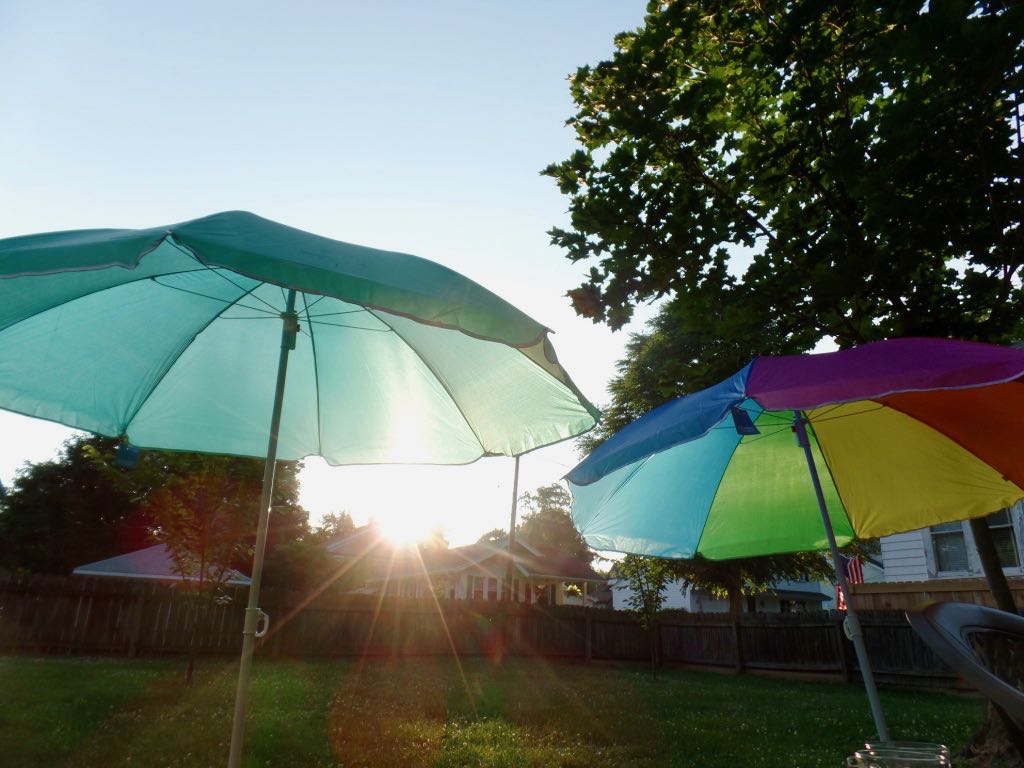 The evening sun as seen past our umbrellas. It was fiercely hot and we kept scooting around trying to get in the shade. ... Rather like the 4th of July in 2018, really. 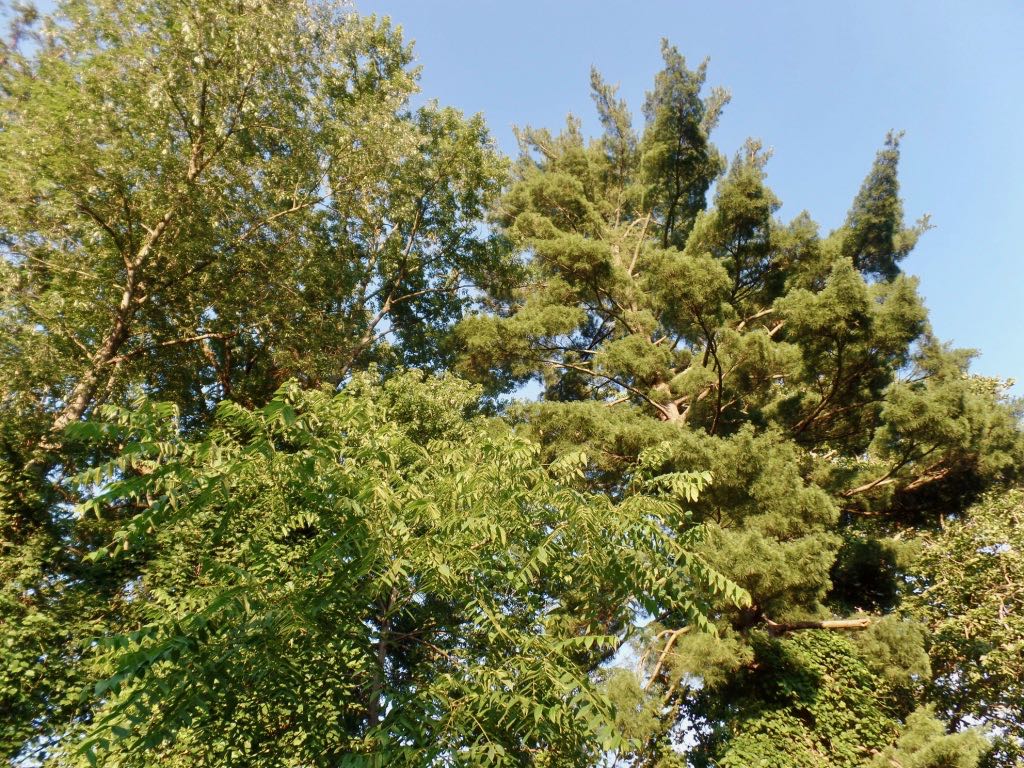 The trees of their backyard, just because they look so nice all lush and diverse like that. 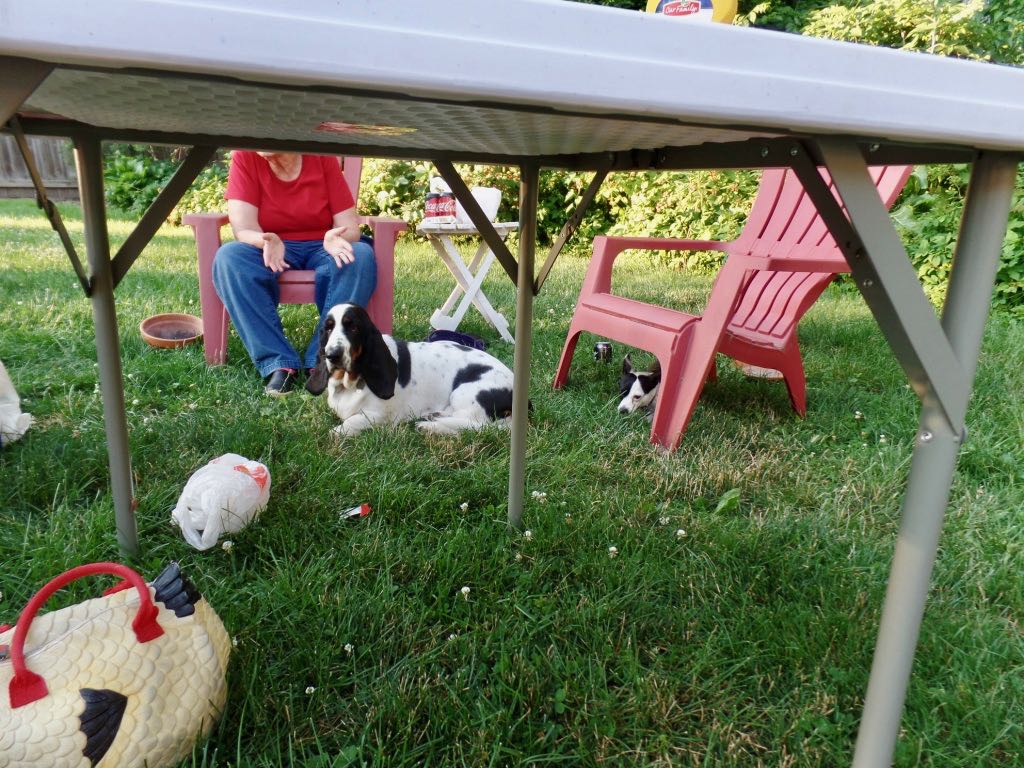 Under-the-table shot where you can see 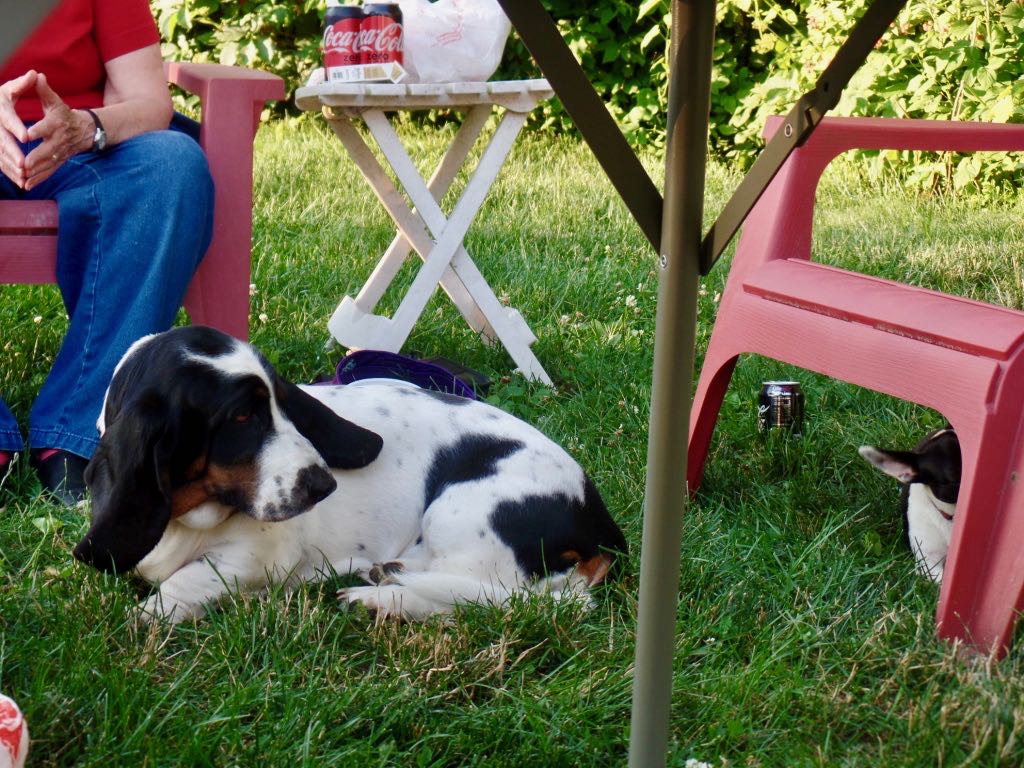 Very worried the other dog is talking about her. 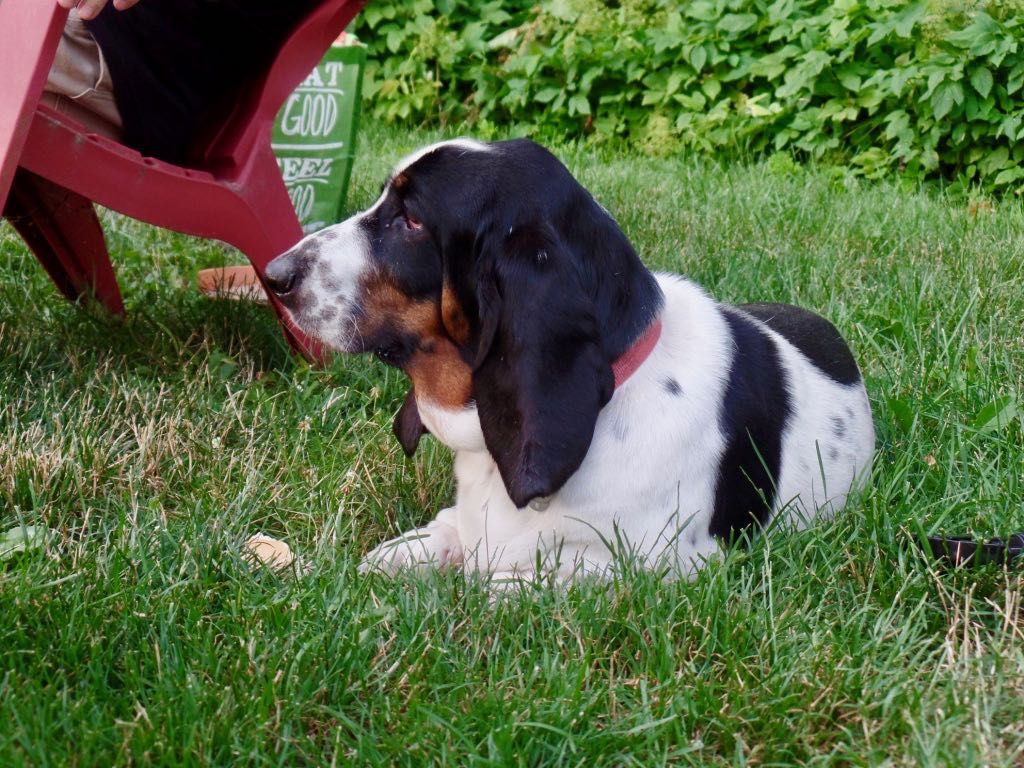 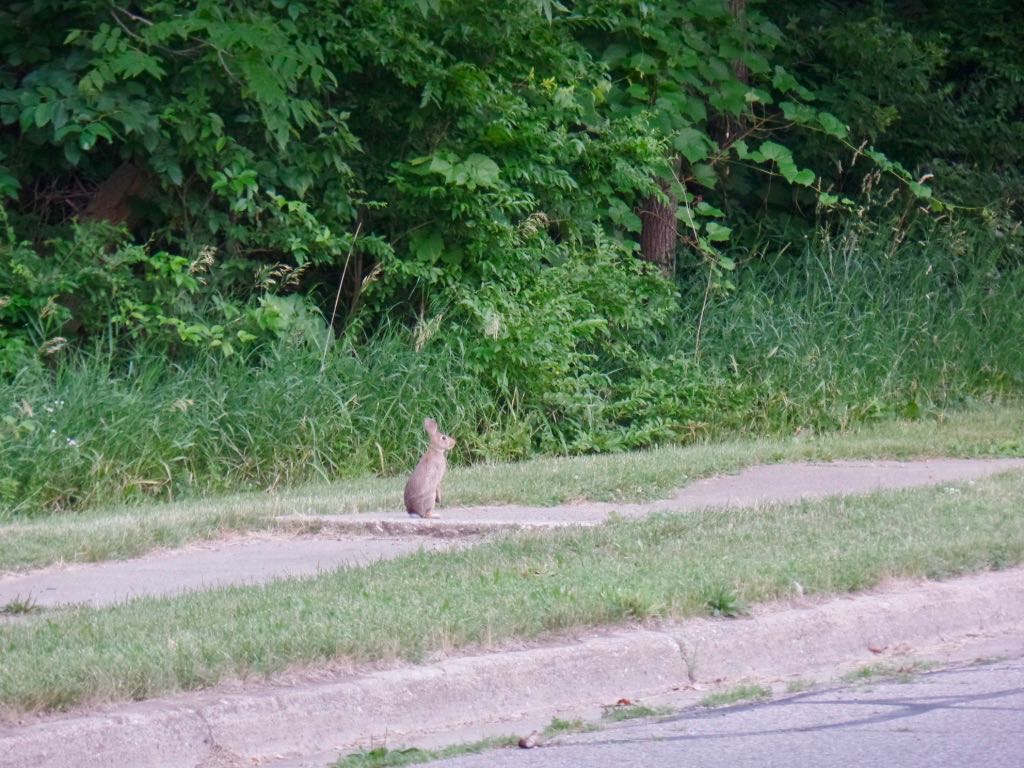 bunny_hugger and I went for a walk around town and we'd barely started out when we saw this wild cottontail rabbit! 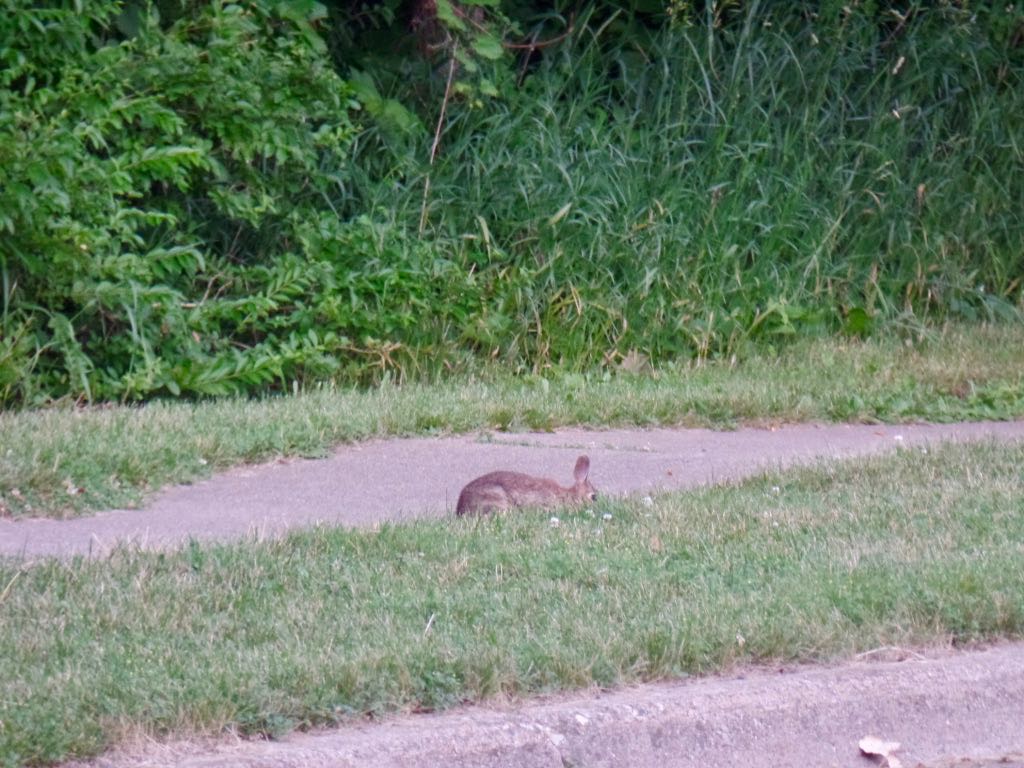 Cottontail enjoying the benefits of the sidewalk in providing a starting point to eat lawn. 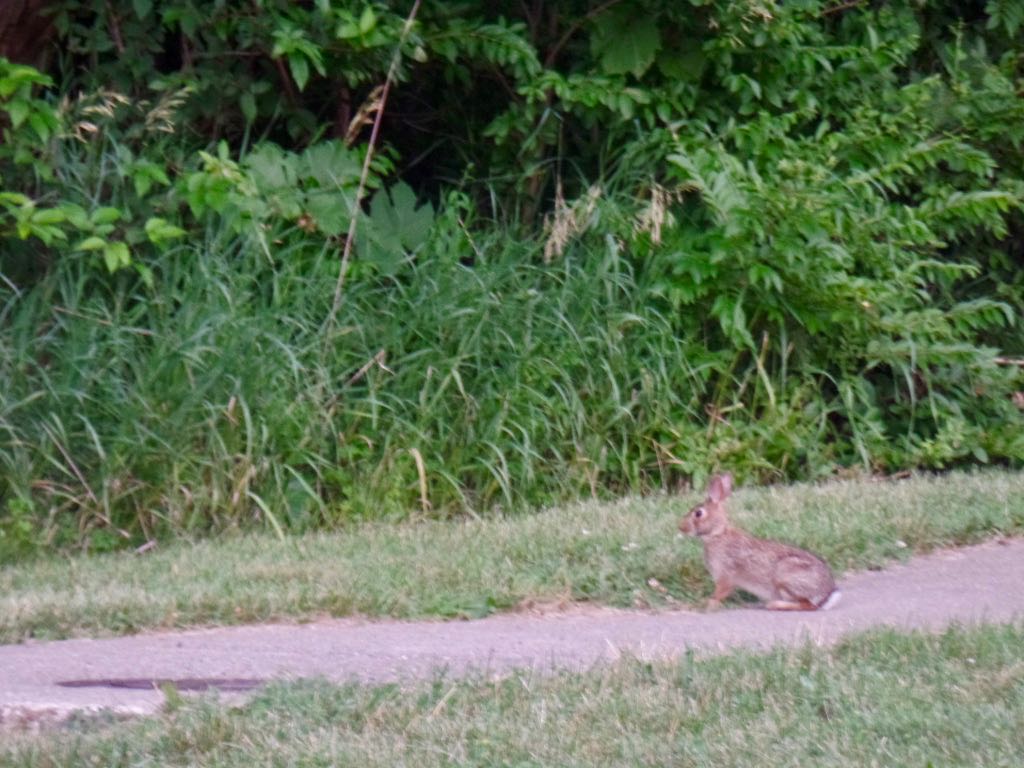 Cottontail figuring out whether we're close enough to require fleeing-from. We were on the opposite side of the street and a god distance away; this is like an 18x zoom. 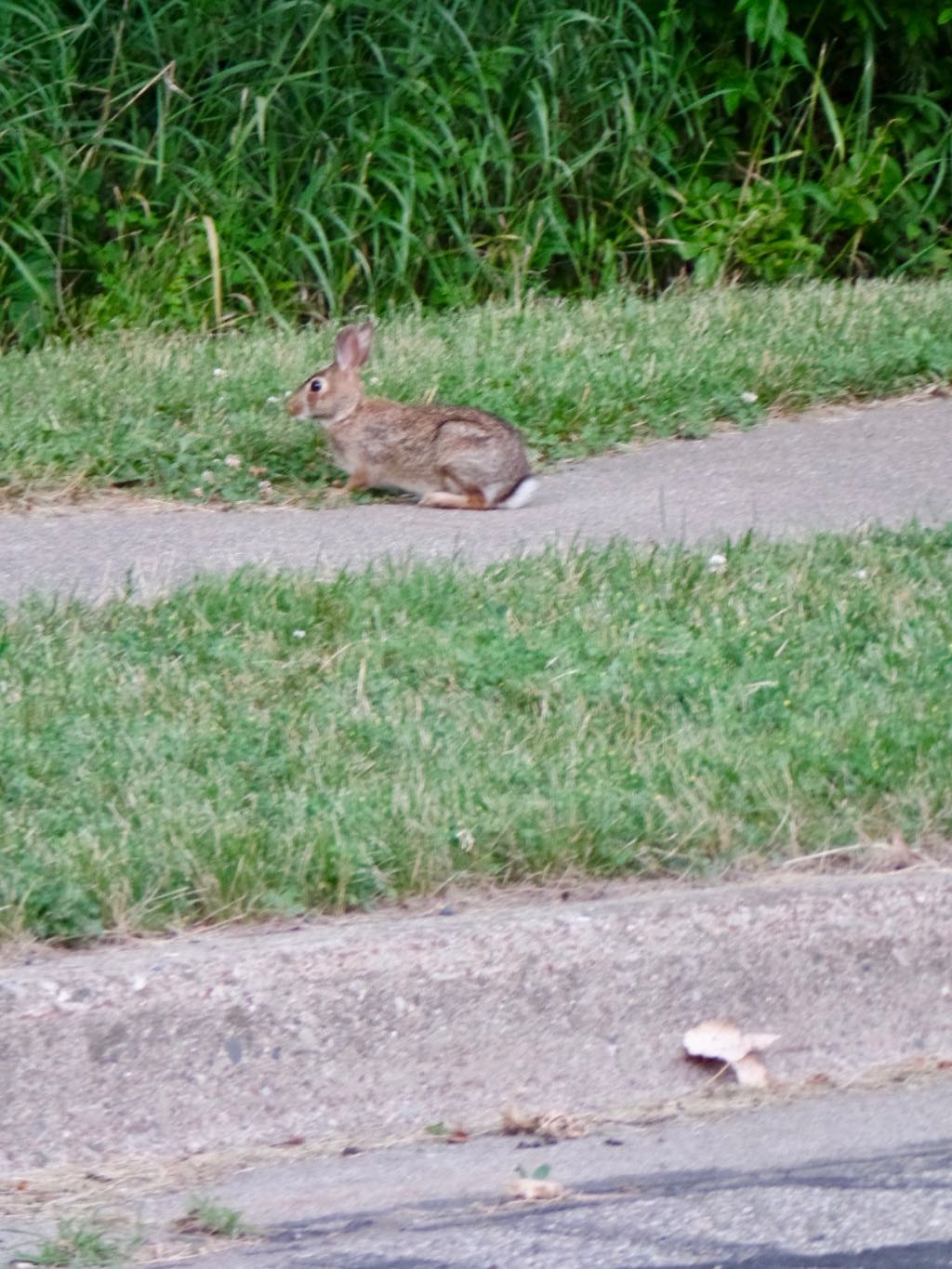 Rabbit guesses it's all right but is going to keep an eye and an ear on us. We let them alone, of course. 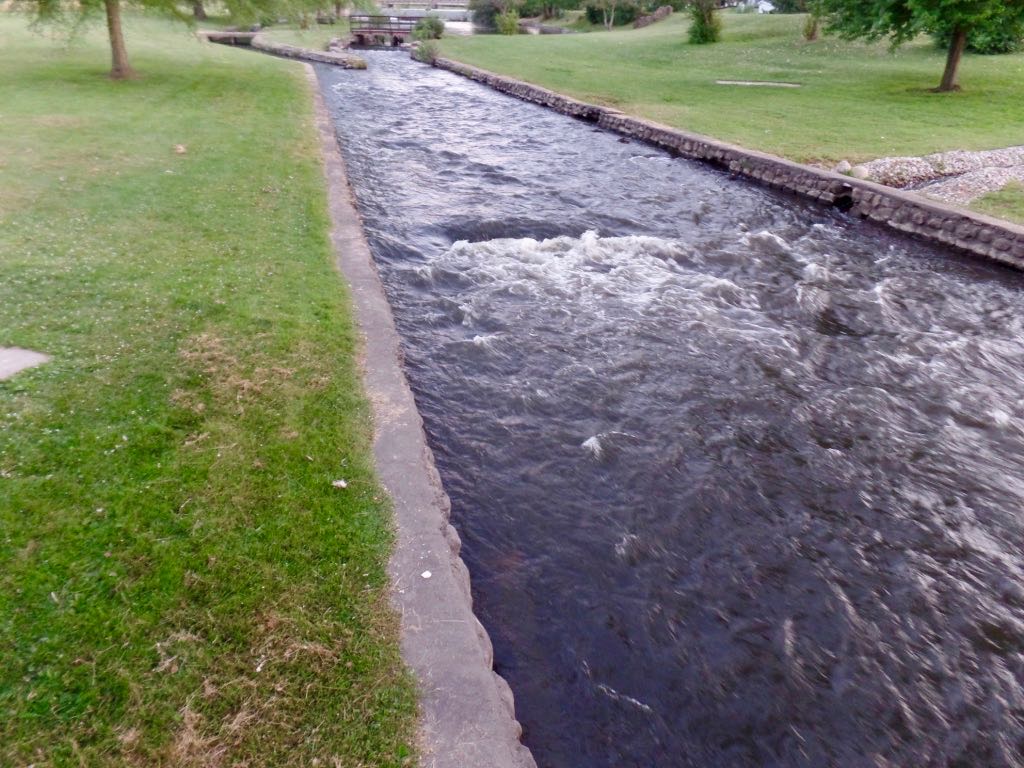 River running through the city park in easy walking distance of

Trivia: In 1939 there were at least 165 cargo ships serving ``intercoastal'' service, transport between the East and West coasts of the United States via the Panama Canal. In 1954, only 57 vessels ran intercoastal service. Source: Box Boats: How Container Ships Changed The World, Brian J Cudahy.

PS: Some Mathematics Books By Women which is a very short post but things ate up all my attention this week instead of letting me write my pleasant little mathematics bits.