When I'm walking down the street

Noticed while cleaning the rabbit's litter bin: the plastic along one of the edges has been chewed up terribly. Not surprising in itself. But it's only about half the length of the long side that's been chewed. About half the length of the other long side has been chewed too. The thing is, the chewed halves are diagonally opposite one another. That is, if you look at the bin from above, and then rotate it 180 degrees? The chewed-up pieces are in the same places, like they were the number-and-symbol on a playing card. The implication is that our rabbits, or at least a past rabbit, had a preferred direction to chew and was consistent about that, while we (or

bunny_hugger's starter husband) were inconsistent about how we put the bin down. Looking at the hutch, it seems the rabbit chewed the piece that was nearer the window consistently. But still, huh.

This simple tale of rabbit handedness would be huh-worthy enough, except that the other litter bins that are also at least ten years old don't have the same chewing pattern. Some scraping, sure, and some nibbling, but mostly the plastic's intact throughout. So some rabbit in the past was voracious about chewing down the one side of this one bin, and left everything else alone. I wonder which rabbit it was and what the planning there was.

Some more walking around 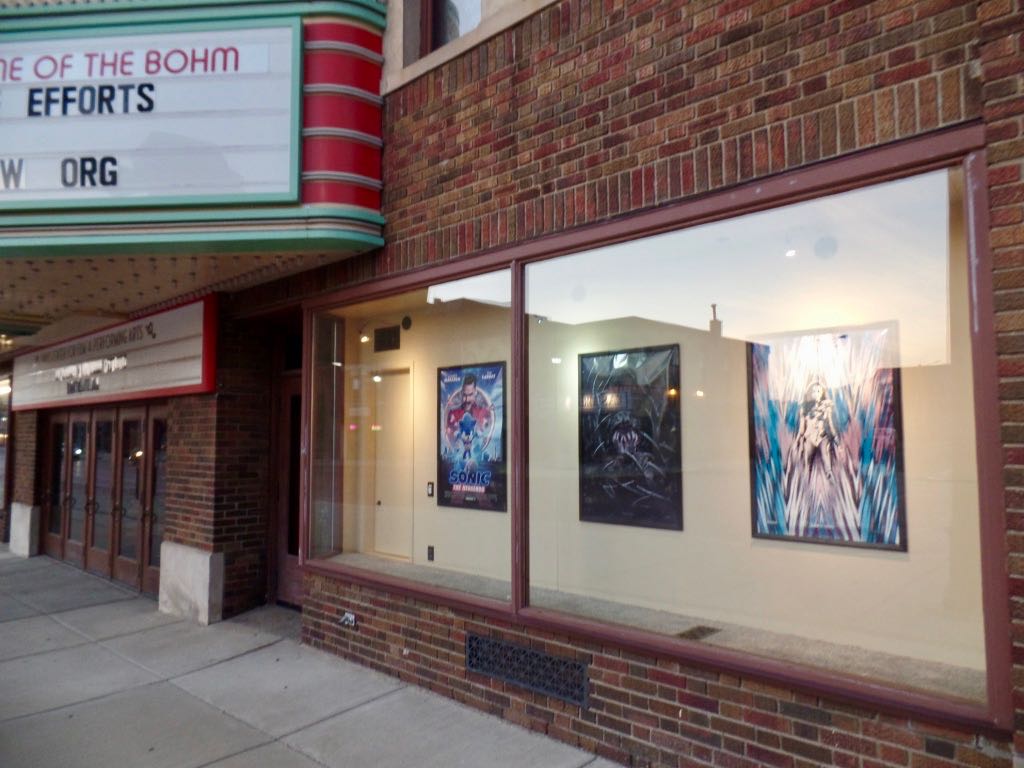 The Bohm's movie posters, fossilized from March 2020. So, Sonic the Hedgehog, with the promise of Wonder Woman Weighty-Wfour coming soon. I can't make out what the poster in the middle is. 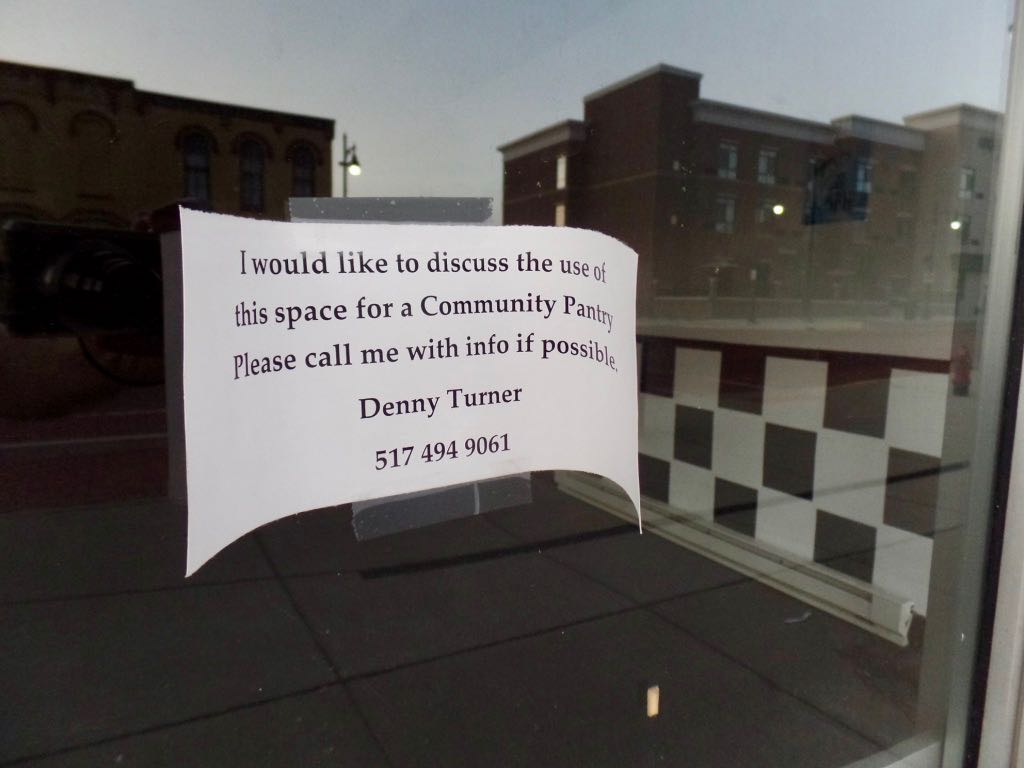 Sign in an empty storefront that seems all reasonable enough, I guess? Looking back at Cascarelli's. There's not much happening in town but for some reason they built a new hotel downtown. 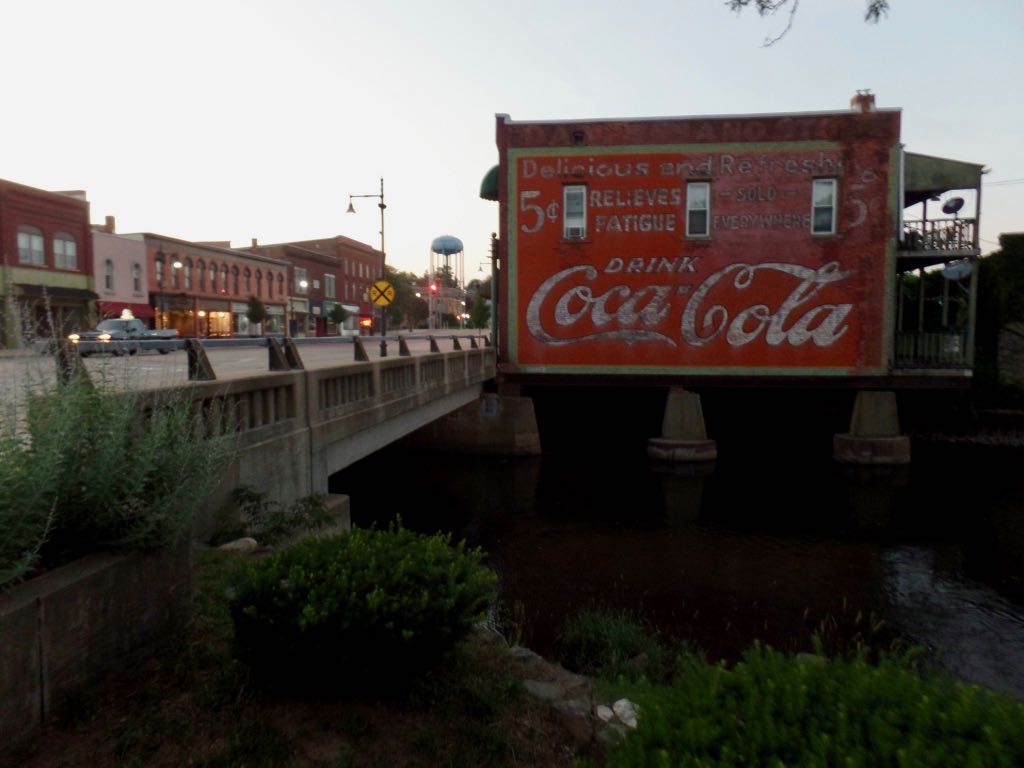 Old painted sign on the edge of a bar/restaurant. 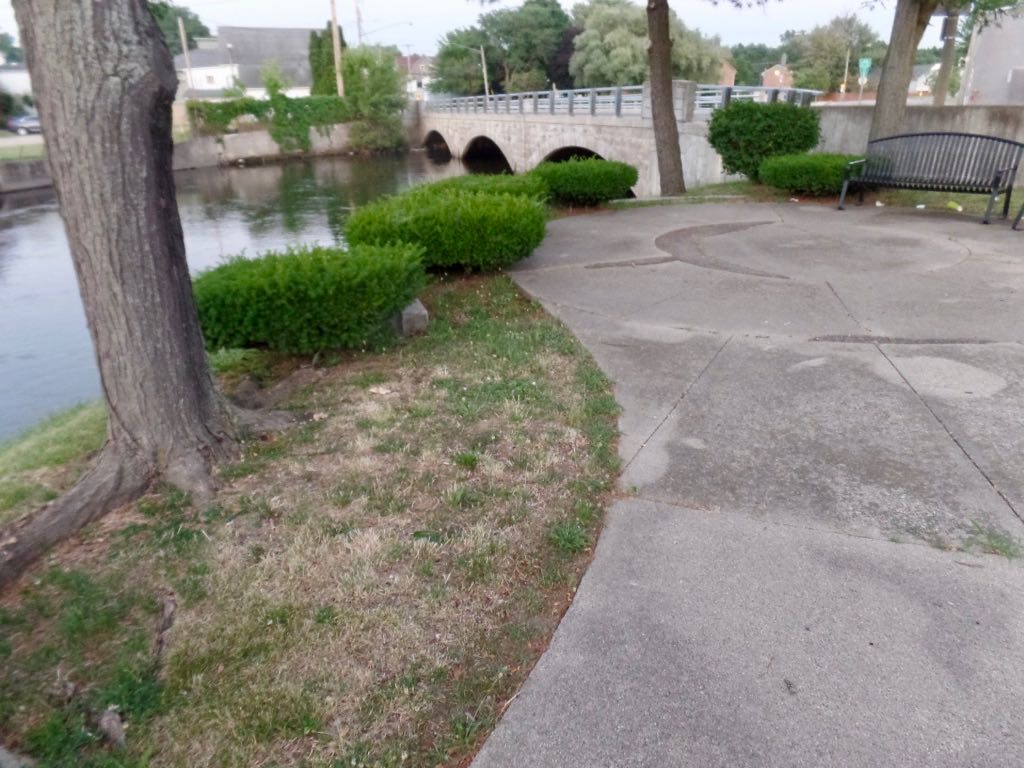 Looking down into a small concrete park by the downtown riverfront. 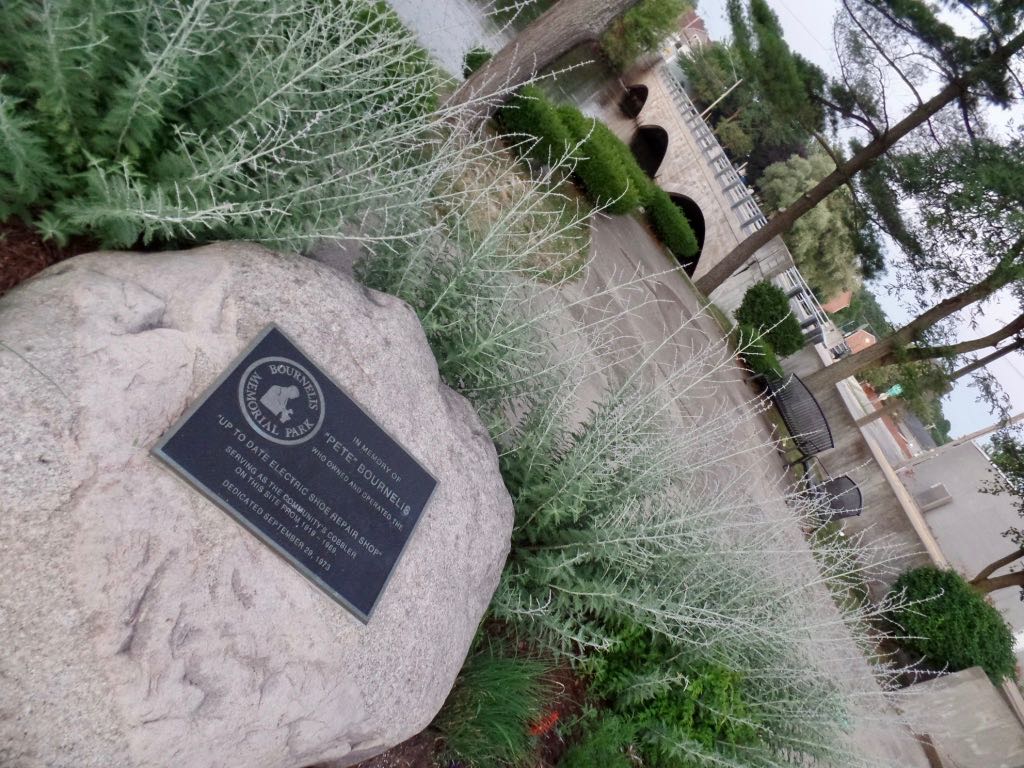 The park has a historic marker, though, in memory of ``Pete'' Bournelis, ``who owned and operated the `Up To Date Electric Shoe Repair Shop`'' on that site for nearly fifty years. The name of that shoe repair shop caught our imagination. 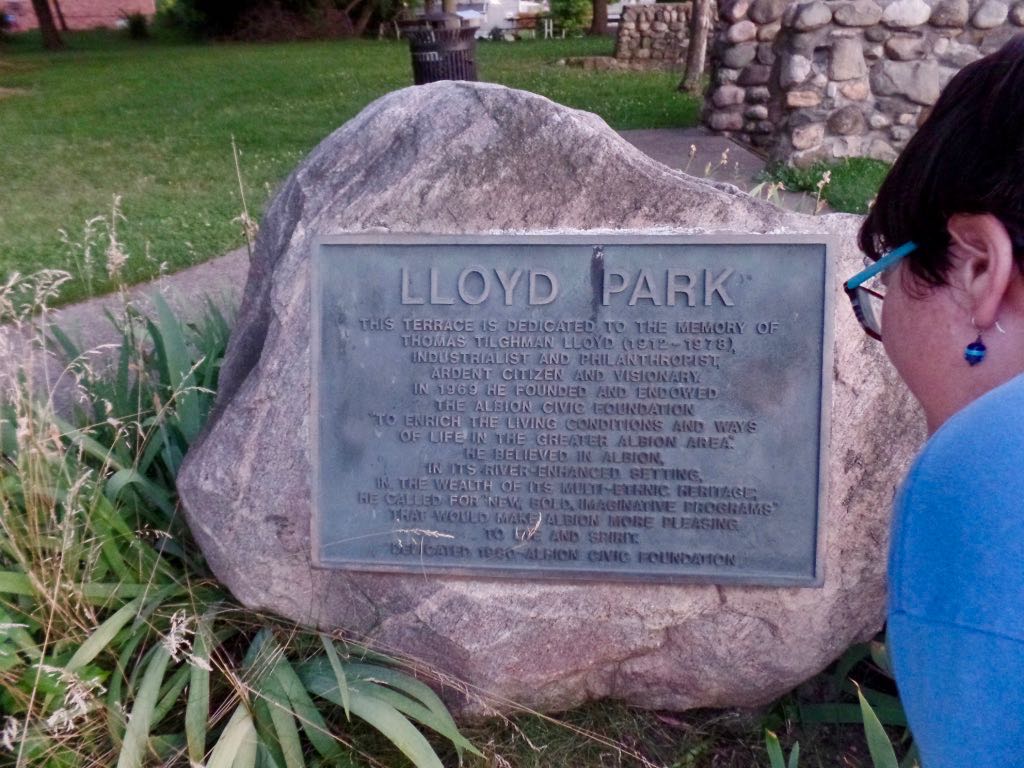 bunny_hugger scrutinizes the plaque explaining another park in town. 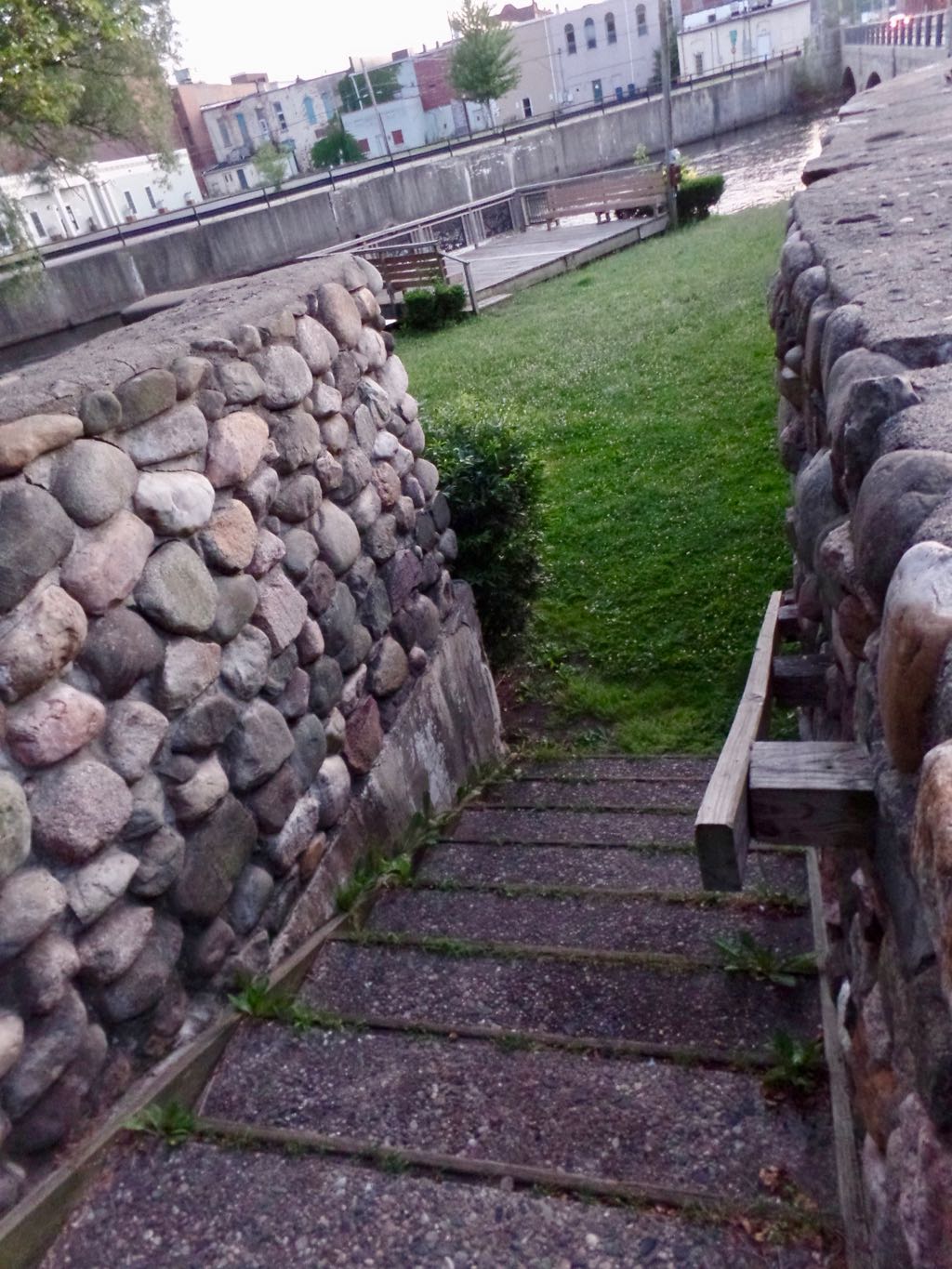 And the steps leading down into that park, which has boat access too. 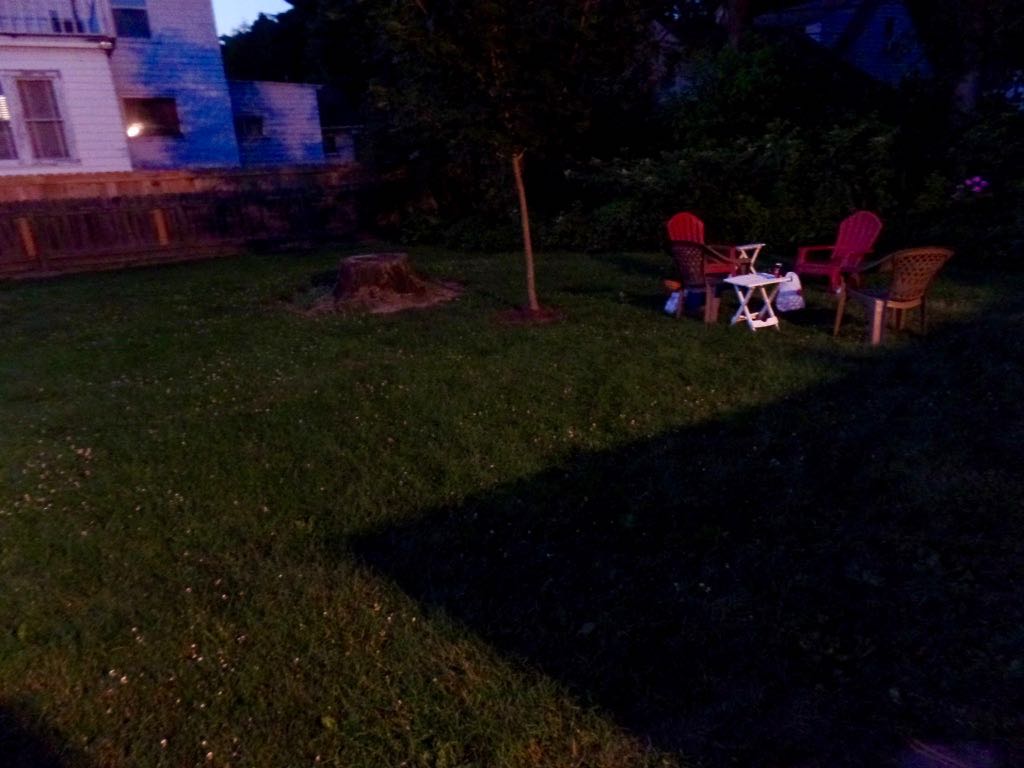 The sun is finally setting; that means, it's almost time for ...

Trivia: Potatoes were grown in Italy by 1601; they were not grown in Mexico until the 18th century. Source: Food in History, Reay Tannahill.