Or right behind the wheel

Our pet mouse is still scratching his back, and he's got a nasty patch of bare, fur-less skin. We had called the veterinarian's on Tuesday and asked what to do, and put a new dose of Revolution on his skin to treat him. That should have killed all the fur mites which were bothering him. Even if the first dose had gone wrong somehow, we definitely got Revolution on the second dose. We even kept the mouse from licking off the Revolution, by my holding him in my hand and rubbing his head until we were sure it had been absorbed.

bunny_hugger had given him some antibiotic on Tuesday, and again Thursday, in the hopes that would reduce the itching. But he still seems to be at it, and the sore spot looks as bad as ever. Monday I figure to call the vet and we'll just have to bring him in. I can't imagine how Revolution could have gone wrong but maybe the matter is something besides the mites that we know were there.

A bit more of the home fireworks from the 4th of July last year. 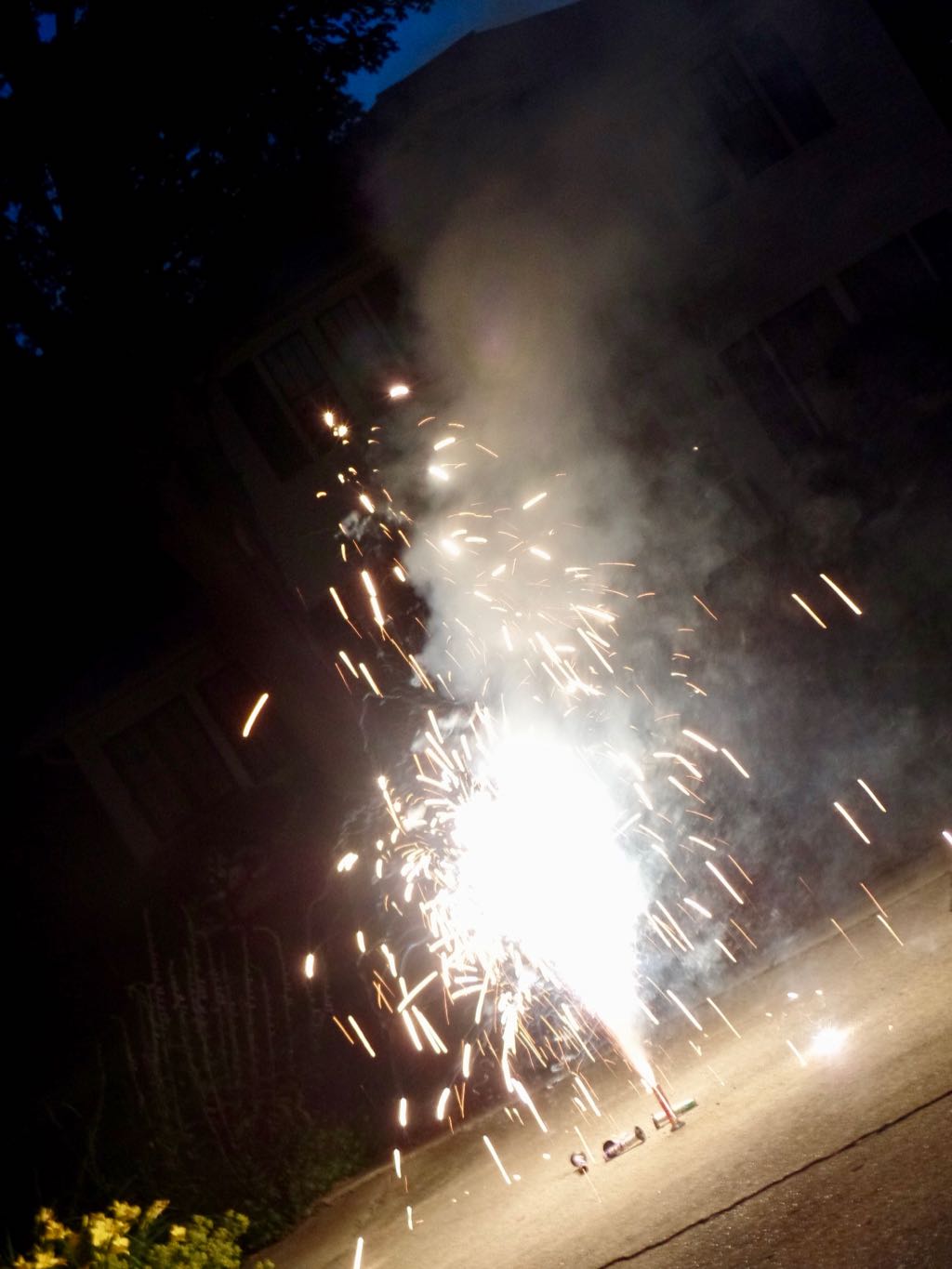 Firecracker fountain, since these are things easy to photograph. 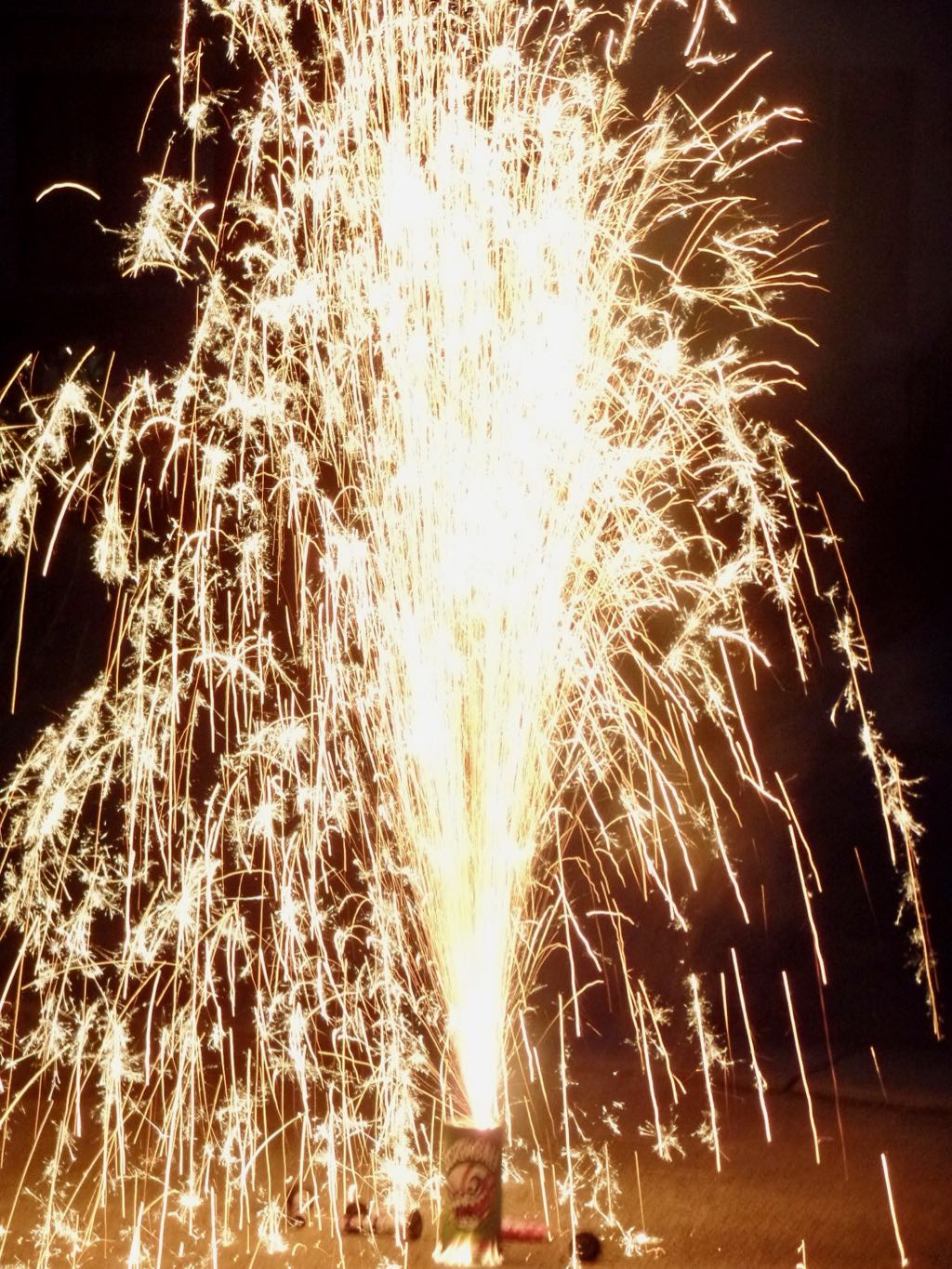 A more exciting heap of sparks and streaks of light. 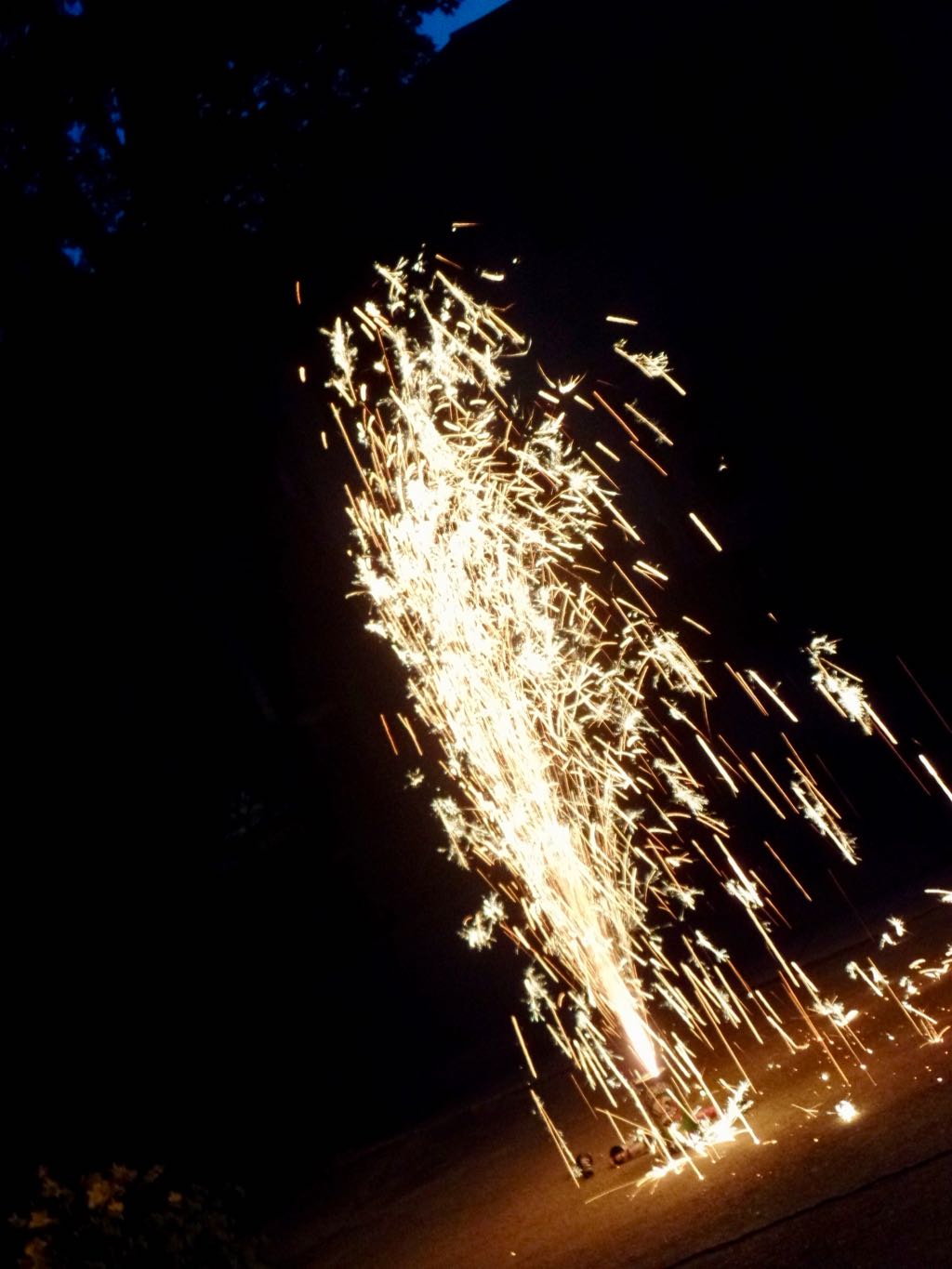 And here it's getting near the end of its run. 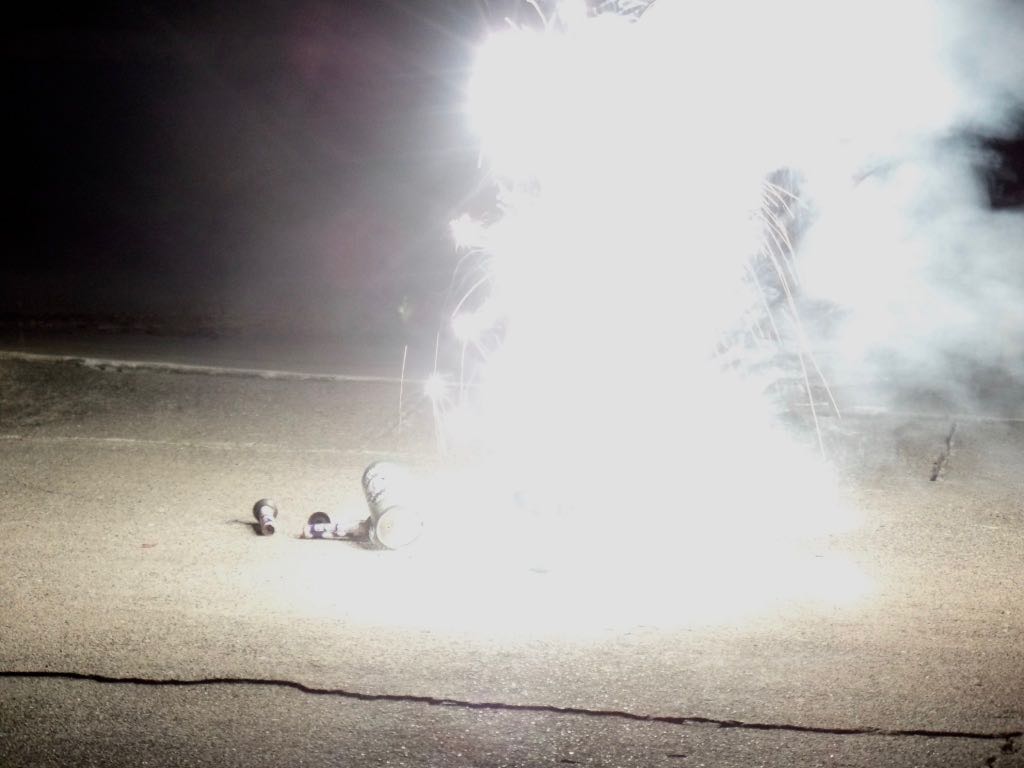 Something ripping open the fabric of space and time for us, that's cool. 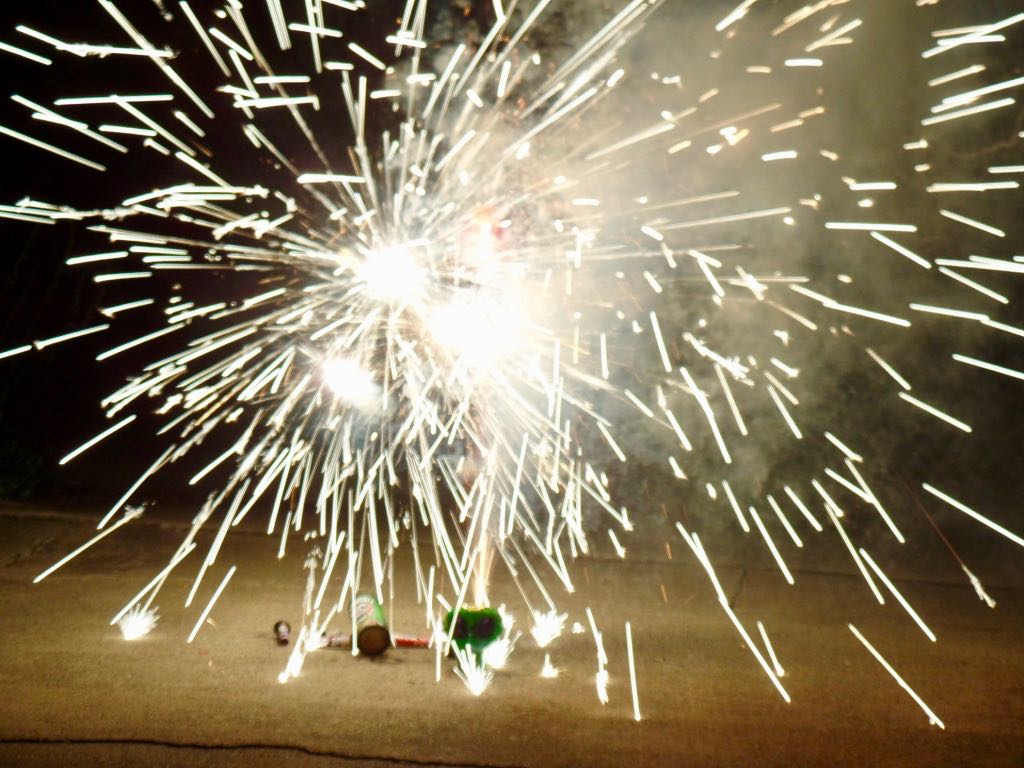 Great bunch of sparkles snapping off. 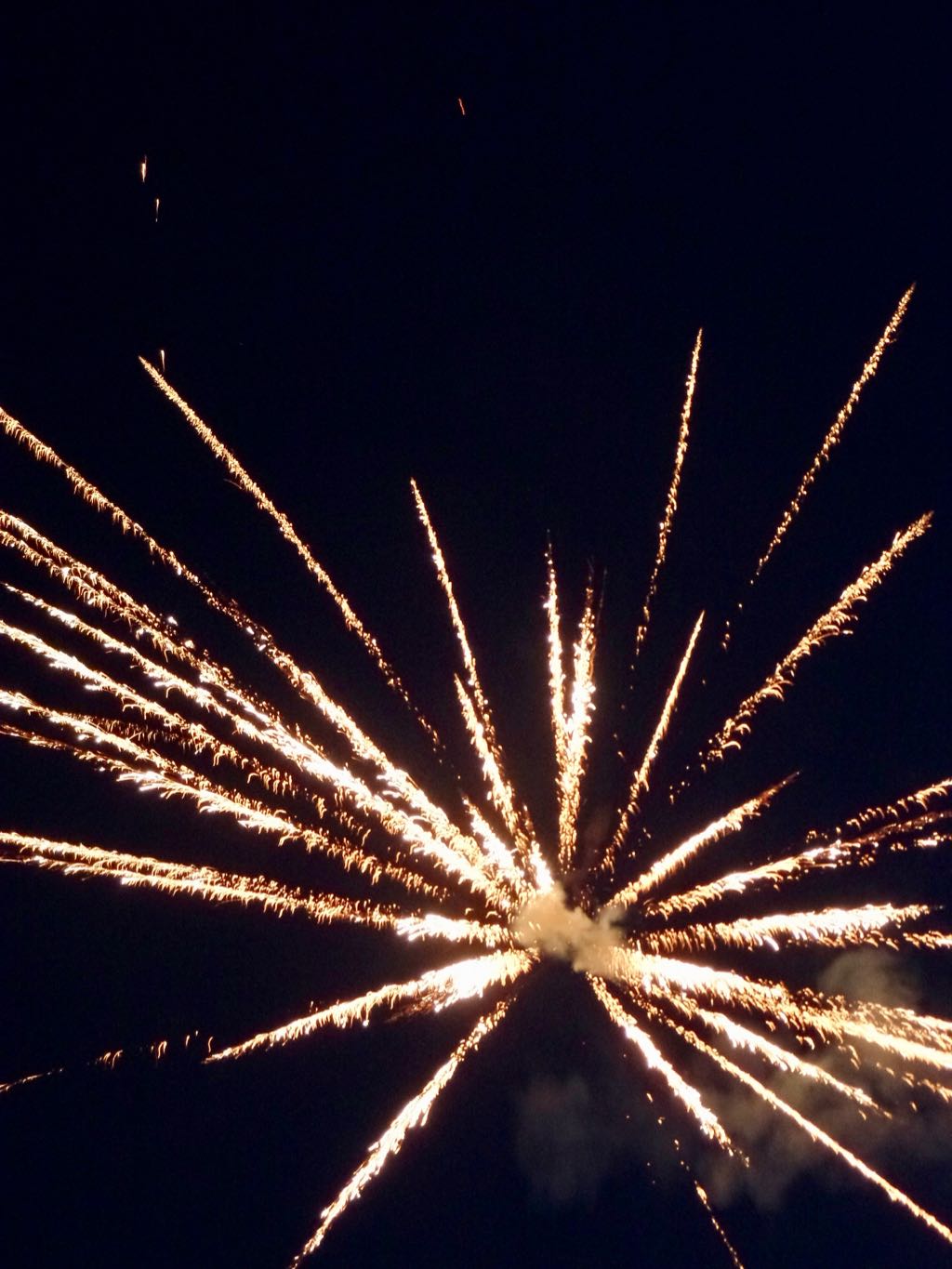 One of the launched fireworks. Look at that, I got a picture of the cloud too! 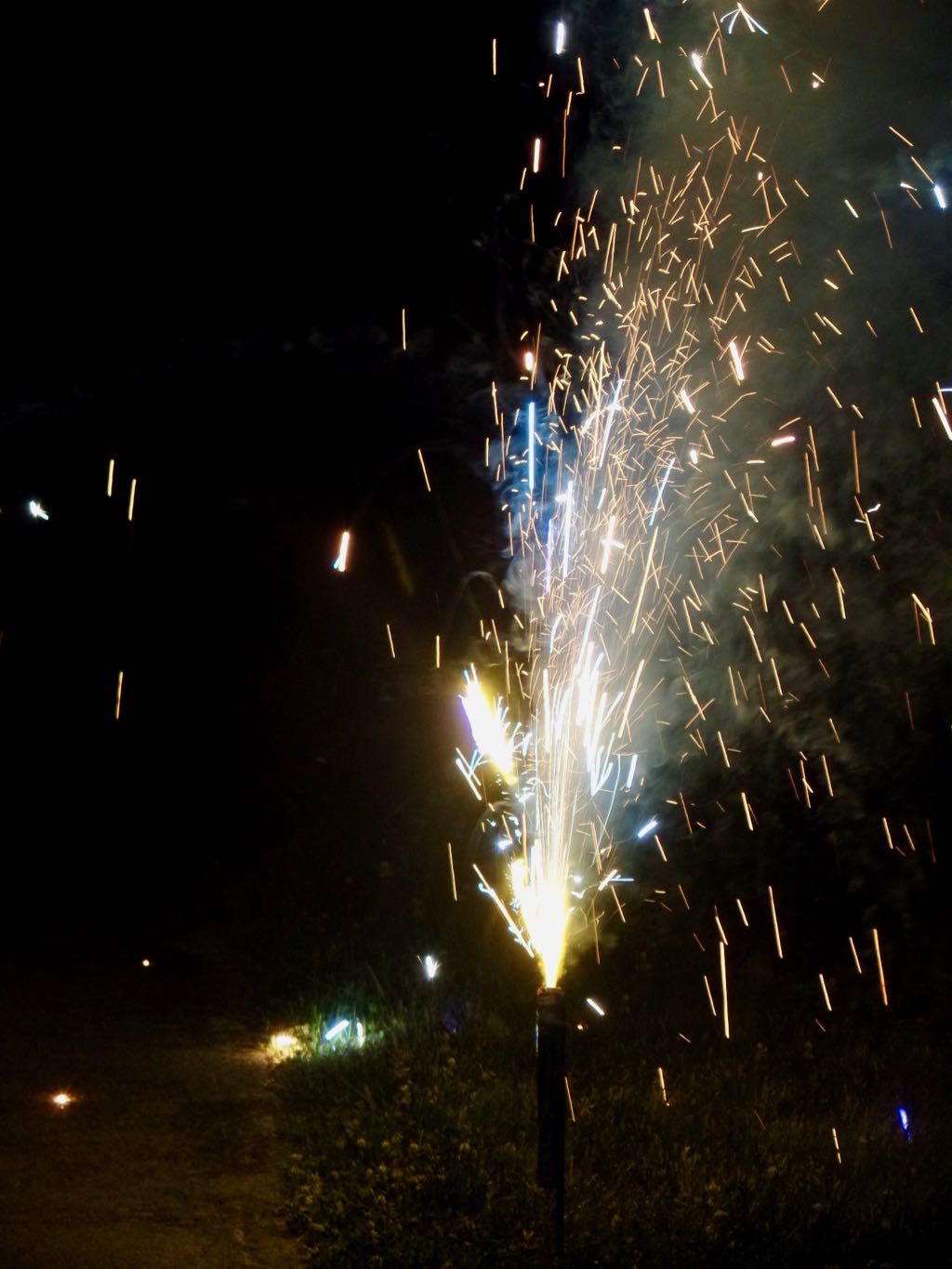 The rare sparkler where I can see multiple colors. 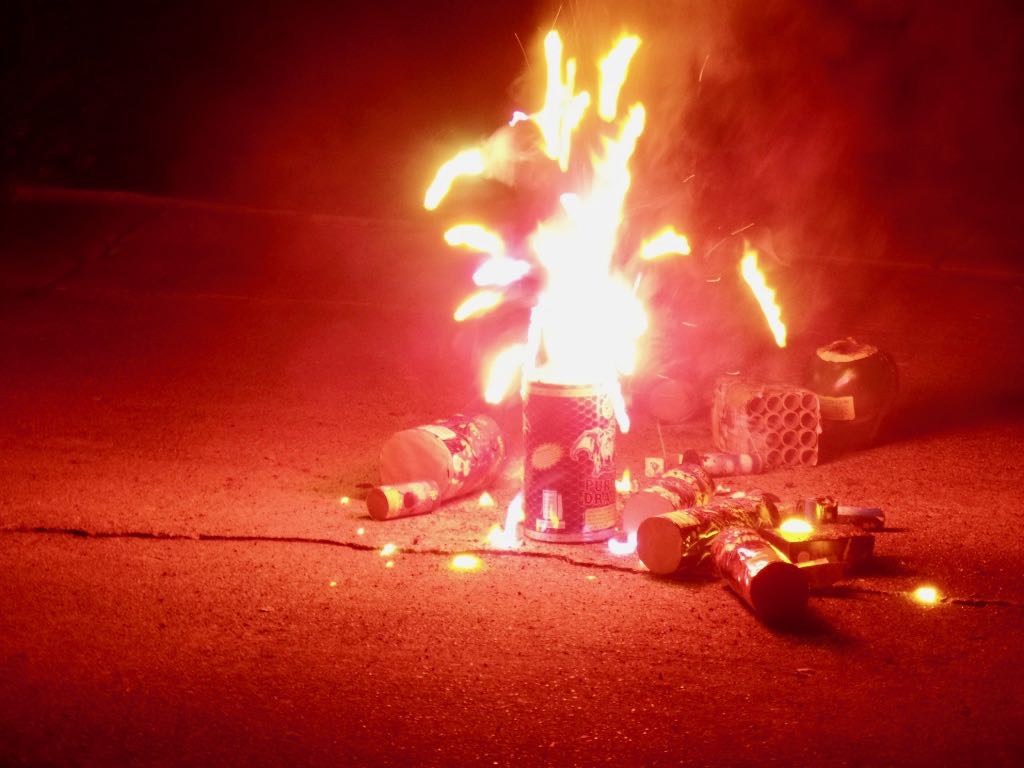 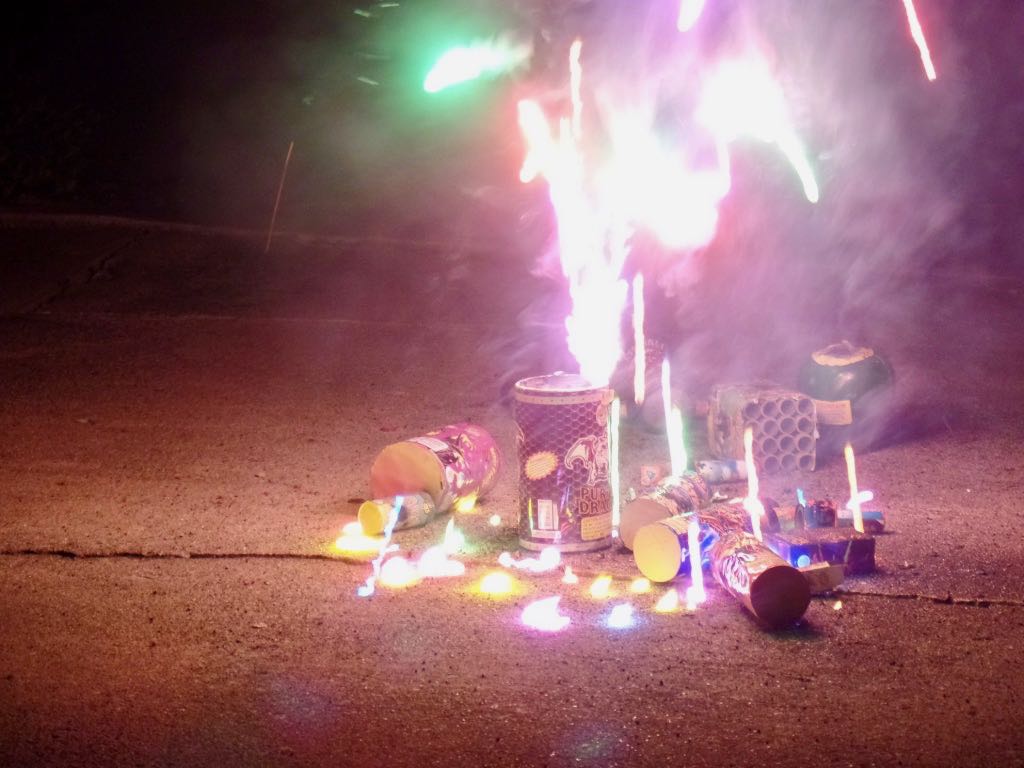 All the colors of fireworks! 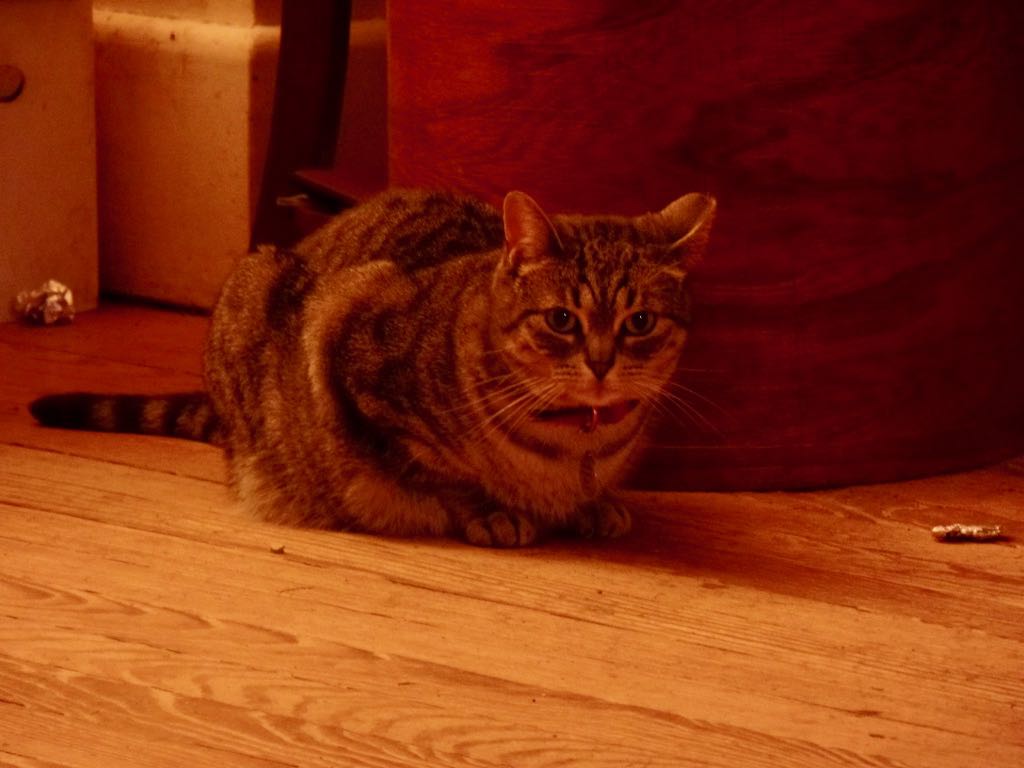 Their cat sees no reason to put up with this nonsense, though.

Trivia: Richard Arkwright's 1775 (British) patent for a carding machine was invalidated six years later when he brought suit against nine manufacturers who were violating it. The manufacturers argued the machine as described in the patent could not be manufactured. Arkwright had, he admitted, left components out so as to foil pirates. Source: Big Cotton: How a Humble Fiber Created Fortunes, Wrecked Civilizations, and Put America on the Map, Stephen Yafa.