And you may laugh out loud

So more pet health issues. When our mouse's scratching kept going we called the vet's. As instructed we applied a second dose of Revolution, to kill any fur mites on him. But he kept scratching and his back looked really bad. So we made an appointment and brought him in. Since it's pet-health stuff, I'm putting it behind a cut.

We ... forgot to ask whether he still has mites. What we did get was a cream that should help his bare back heal. Steroids, I imagine. This is a dab of medicine to be rubbed on his back twice a day for ten days. That's going to be exciting as he does not care to be picked up, or held. He'll get used to it, I suppose.

And then there's the upsetting news. He has a cancer. A sarcoma, on his belly, one big enough we have no idea how it is we didn't see it before. I suppose because his belly is usually obscured by litter and we've focused all his attention on his back. We knew female mice almost always got ovarian cancer, but male mice? This was a new one on us.

Worse than just being a tumor is that it's too large to operate on. We're to give him antibiotic, a dose twice a day for ten days. It's an oral medicine. We're not looking forward to getting a syringe into his tiny mouth. But the vet offered that it might be not so hard. It's cherry-flavored and so likely to be to his taste. And he recommended we try putting a drop on our fingers and letting the mouse lick it off. That seems much more practical and also like it would be adorable. Our mouse is willing to take treats off my hand --- he's not fond of geting in my hand for them --- so we may be pre-trained for this.

If all goes well, though, this means we'll have him healthy enough for surgery, the poor fellow.

In August 2020? I took almost no pictures. There's only a handful worth sharing and here they are. 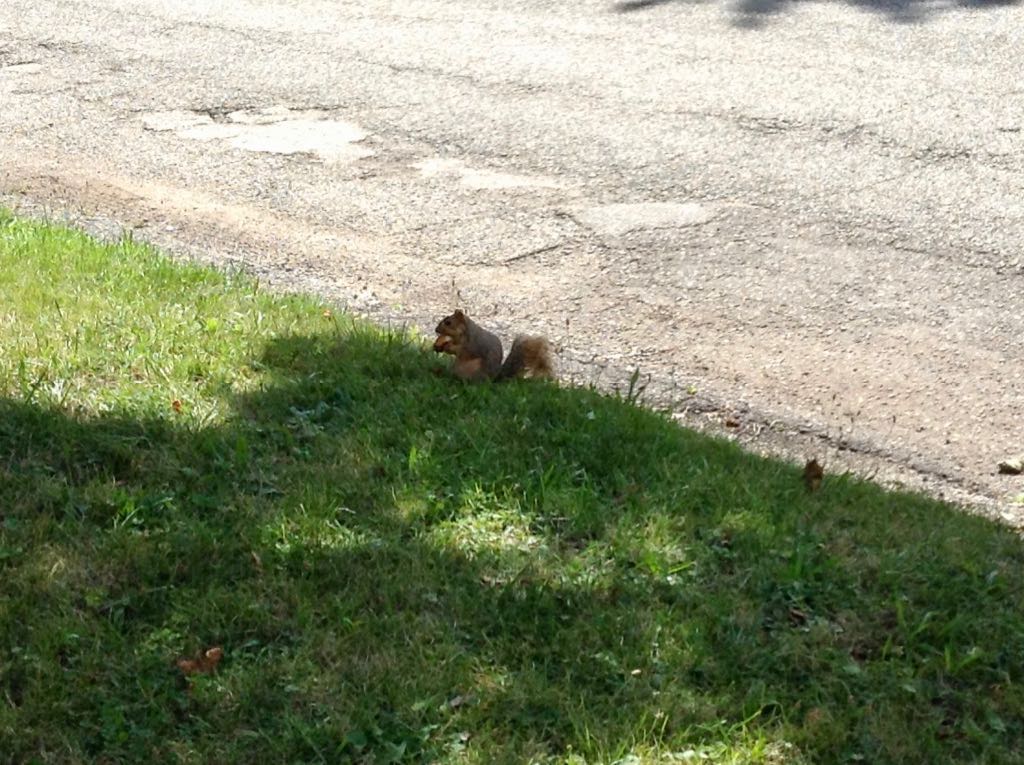 Neighborhood squirrel that I encountered while on a walk. Seemed to be doing well with whatever that project was. 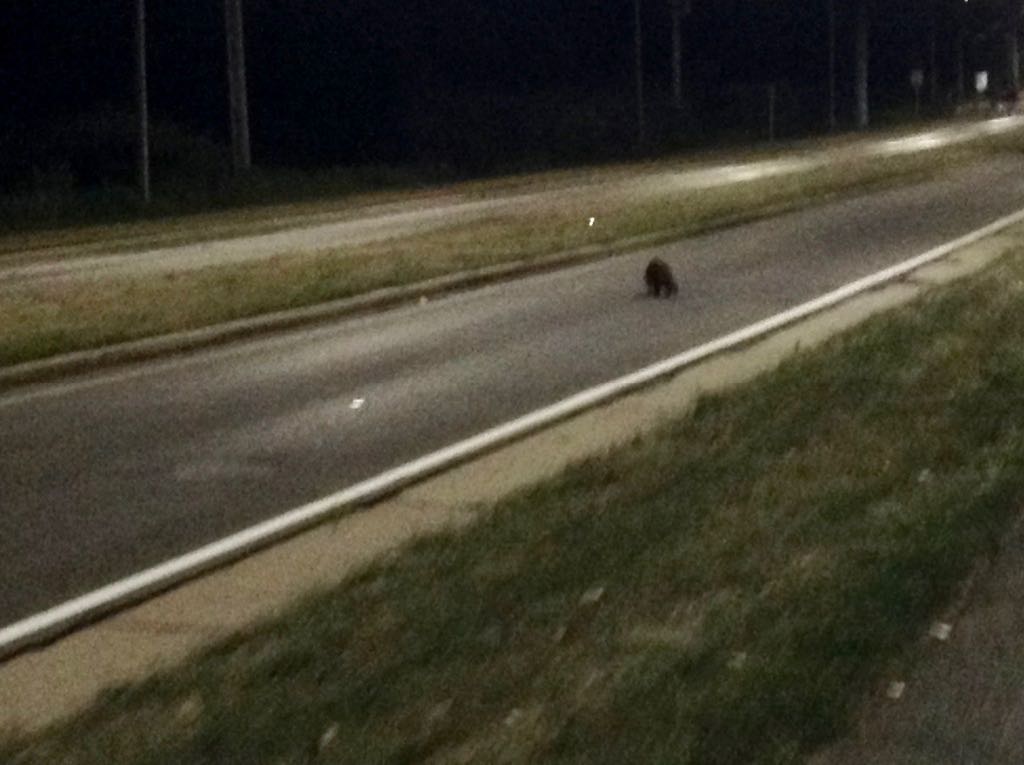 And look at this! On a nighttime walk I spotted a raccoon, who was getting something out of the middle of the road. Waddled off into the bushes before I could get a good picture, though I did get a brief and very blurry movie. I think this was the same walk where I also encountered a snake, a deer, and some frogs. 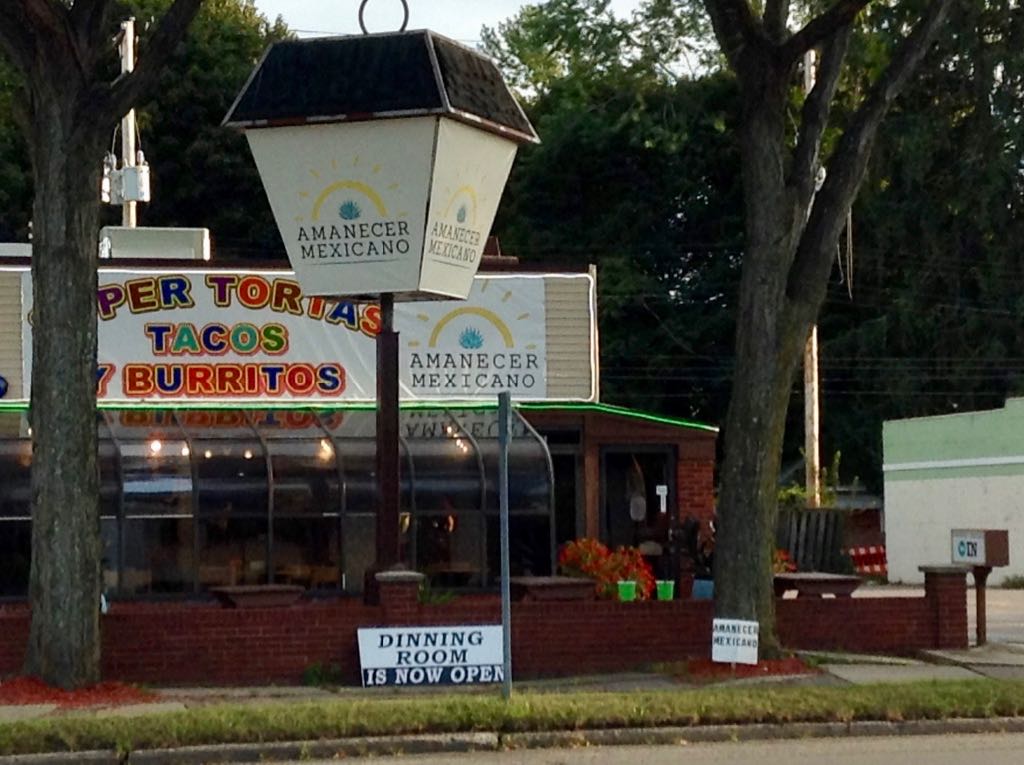 The former Fish and Chips opened in ... late 2019? ... as Amanecer Mexicano, and as you can see, by August 2020 they'd reached the point the dinning room was open. I imagine it's an awful racket though. bunny_hugger did this wolf-with-cubs puzzle and admired how put-upon the mother wolf's face looked. 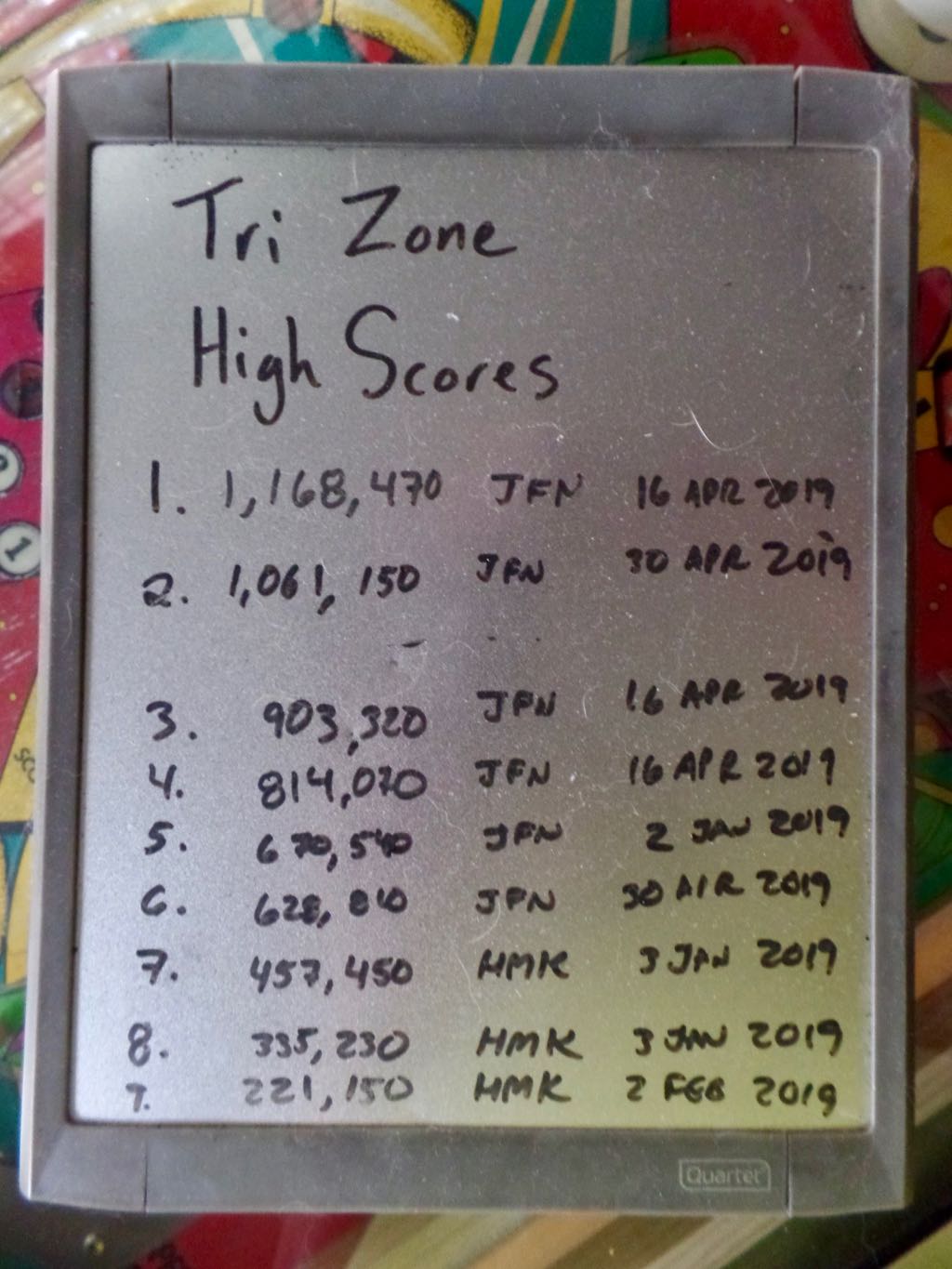 Our pinball machine came back to life in August, thanks to the help of that guy Dan that was one of the Pinburgh techs. It turned out what we needed, to get past this spray of numbers that came up on the scoreboard instead of starting up, was to turn the machine off and on a couple times until it let us play. And so it has! Anyway, here's the dry-erase marker we use as the high score table, preserved because it had been stuck like that for a year-plus and now there was the hope we might start putting up new high scores. And we have, some. Happy to say. 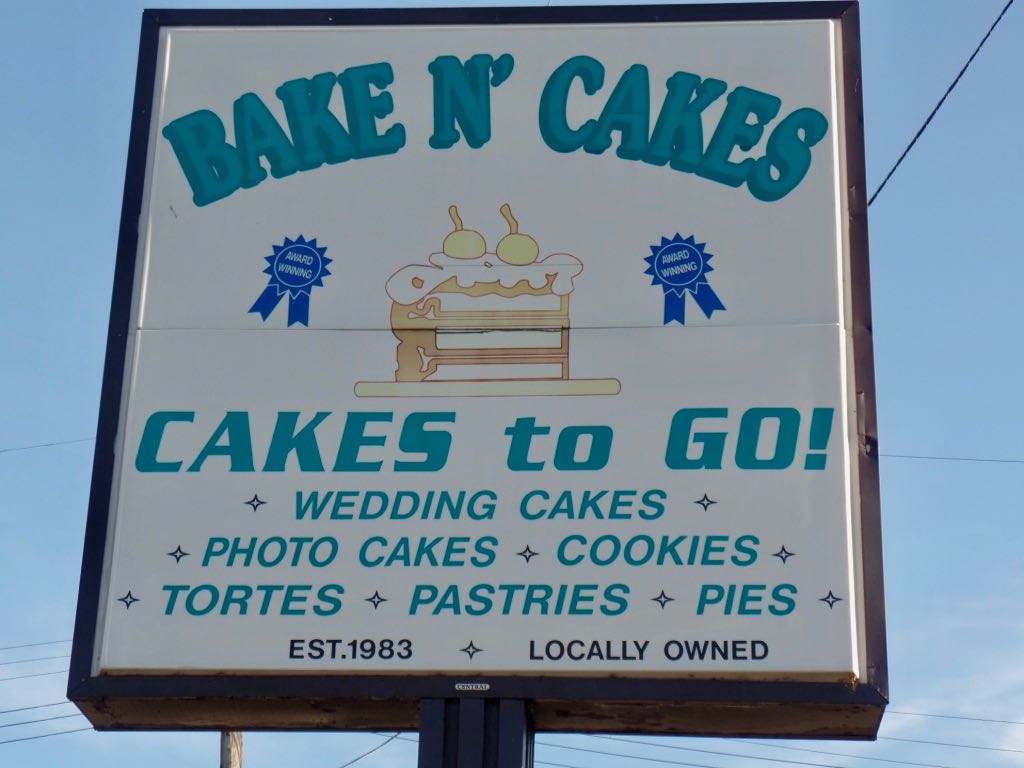 Bake N Cakes is a local bakery, just off US 127. About a decade or so ago it got a new and pleasant enough sign. This ... is not that sign. This is the reverse of that sign. The new sign faces oncoming traffic on the one-way street going past it. This is the opposite side, the sign facing away from traffic. You basically only see it if you're coming out of the parking lot, and one day while walking I looked and realized this was nothing like the ``real'' sign. So I wanted to preserve that in case they ever get around to replacing what I assume is the, or at least an, older sign.

Trivia: After the Pennsylvania Rail Road received its state charter in April 1846, the first meeting to plan the raising of funds was held in Philadelphia's Chinese Museum. Source: The Wreck of the Penn Central: The Real Story Behind the Biggest Bankruptcy in American History, Joseph R Daughen, Peter Binzen.

PS: Reading the Comics, March 14, 2021: Pi Day Edition, a roundup of eight (count 'em) comic strips that mention the 14th of March, plus two that don't. It's almost like old times around here.