Last night I took a walk after dark

It's a good time to look back at my humor blog as this week reached an important milestone! Can you spot what it is just from looking at the titles of posts? Here's your options ...

If you guessed ``I finally reached the end of The Tale of Fatty Raccoon and don't have that to MiST anymore'' you're right! Also, that one about Papal Regnal Numbers is maybe the silliest thing I've done in a long while. I'm happy I thought of it.

Well. Now time for a bit of a break from doing nothing and going nowhere and having nothing going on. Labor Day --- that's right, I'm up to September 2020, meaning I'm just six months and two weeks behind current --- we went to the nearest thing we could do to an amusement park for 2020. This would be Lake Lansing Park, located ... outside Lansing. It's near Lansing, anyway. 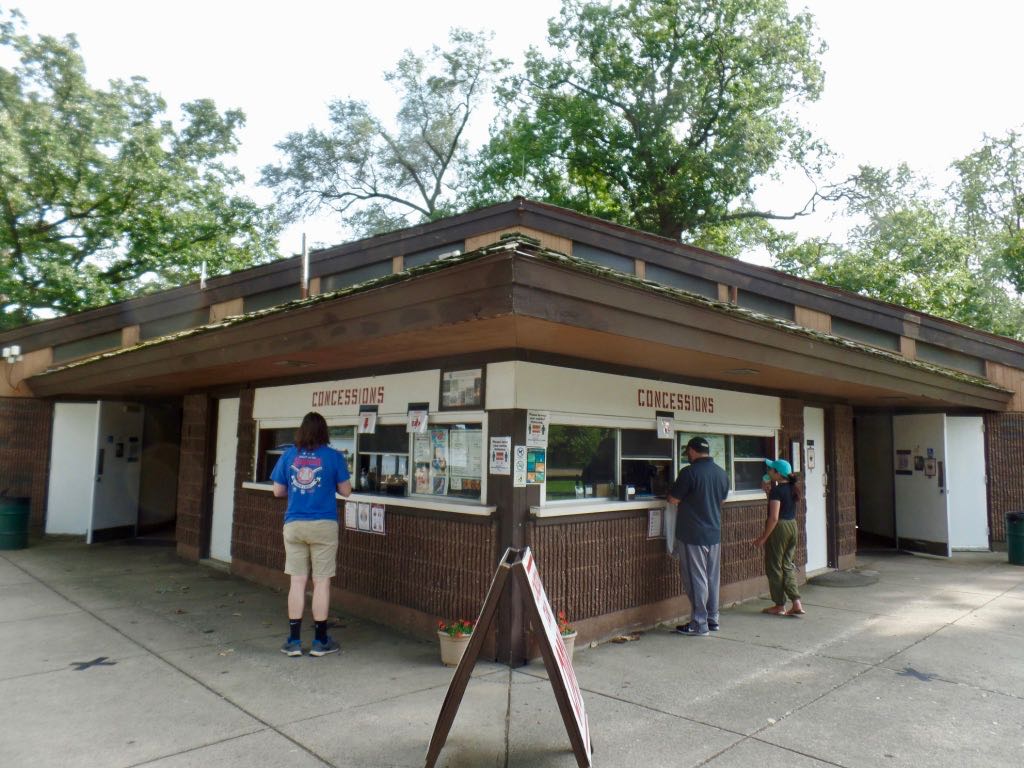 The concessions stand, and also bathrooms. Also one of the windows has a chart with all kinds of information about the place's history as Lake Lansing Amusement Park. I photographed that timeline but am not sharing because compressed to web-reasonable file sizes it won't be that readable. It's great having, though. 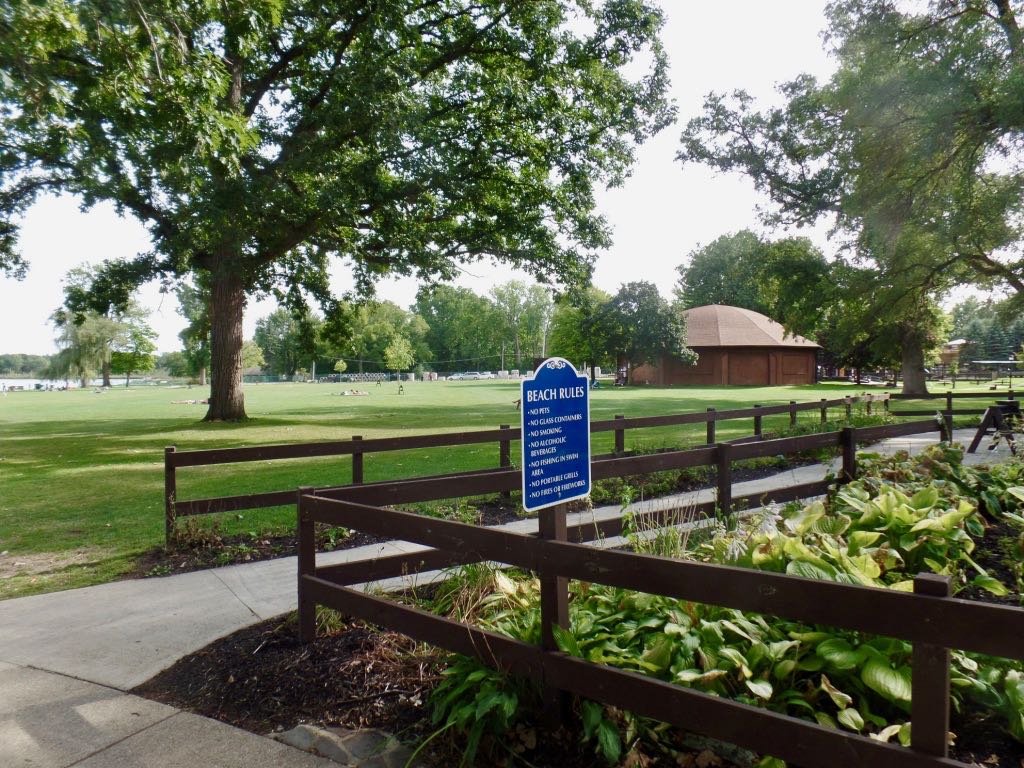 Beach totally rules! The laws of the land, here, plus a flower garden as one goes from the parking lot to the open space. 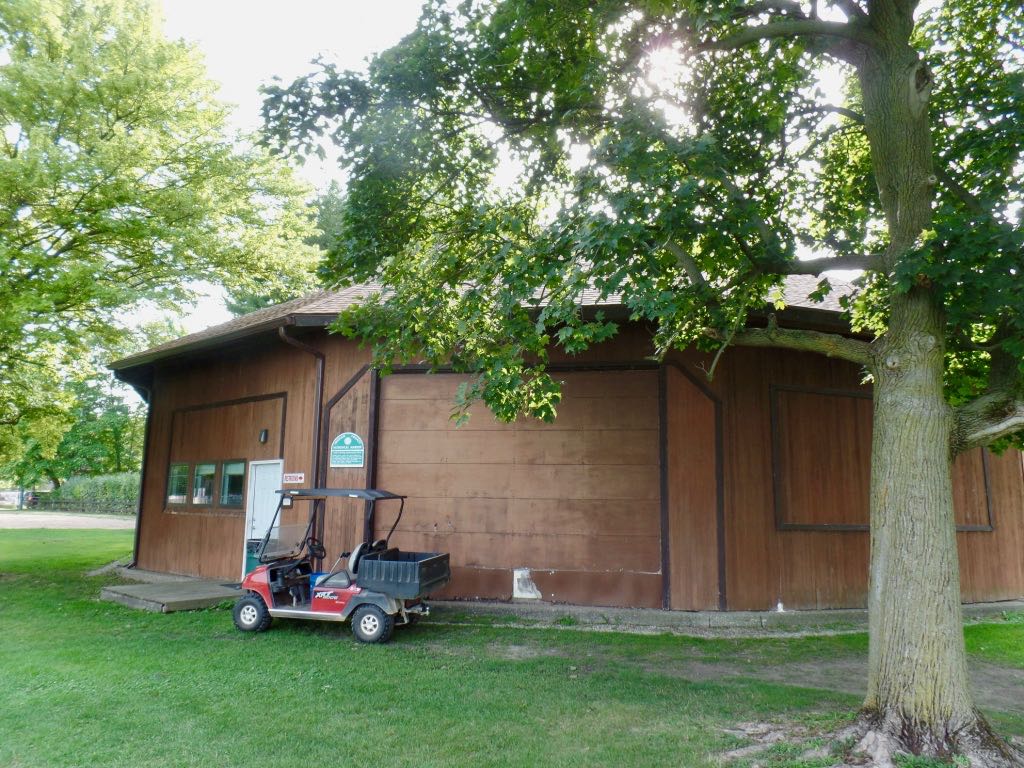 That building visible in the previous photo? Here it is up close. This was, in amusement park days, the carousel building. After Lake Lansing Amusement Park closed as an amusement park, the carousel moved to Cedar Point where it became the Frontier Carrousel. In the 90s it moved to Dorney Park, replacing their (fire-destroyed) antique carousel.

bunny_hugger's ridden that carousel in Cedar Point and Dorney Park; me, only in Dorney. 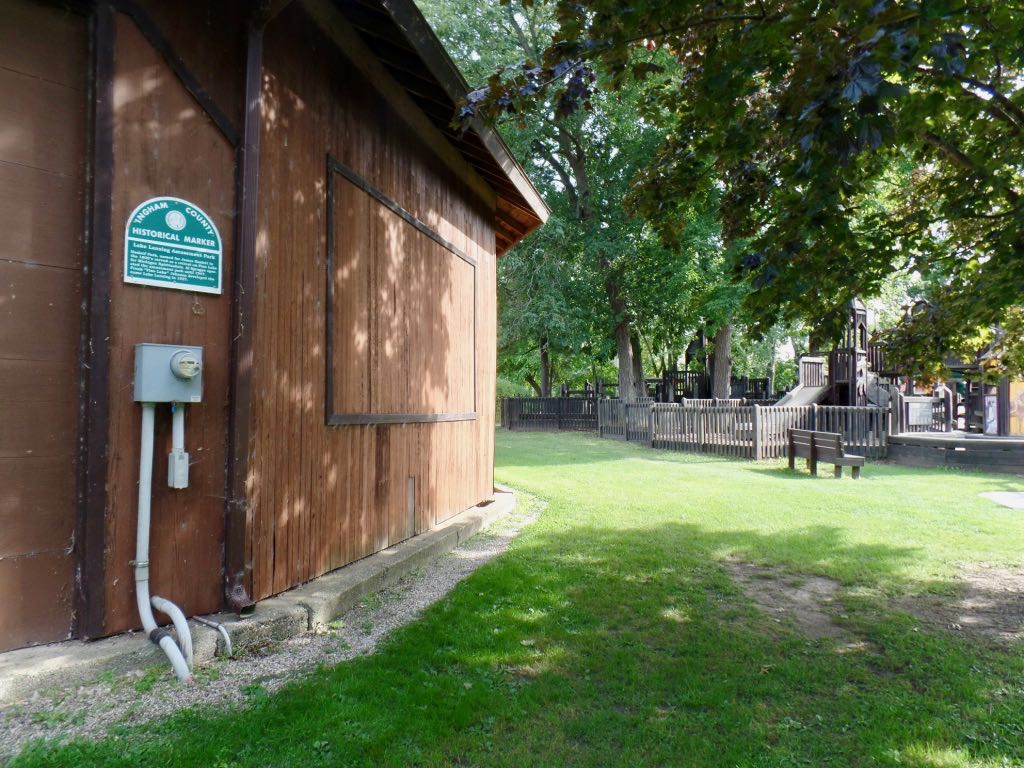 View of the side of the former carousel building (it's not maintenance and offices and whatnot) and the kids playground set off to its side. 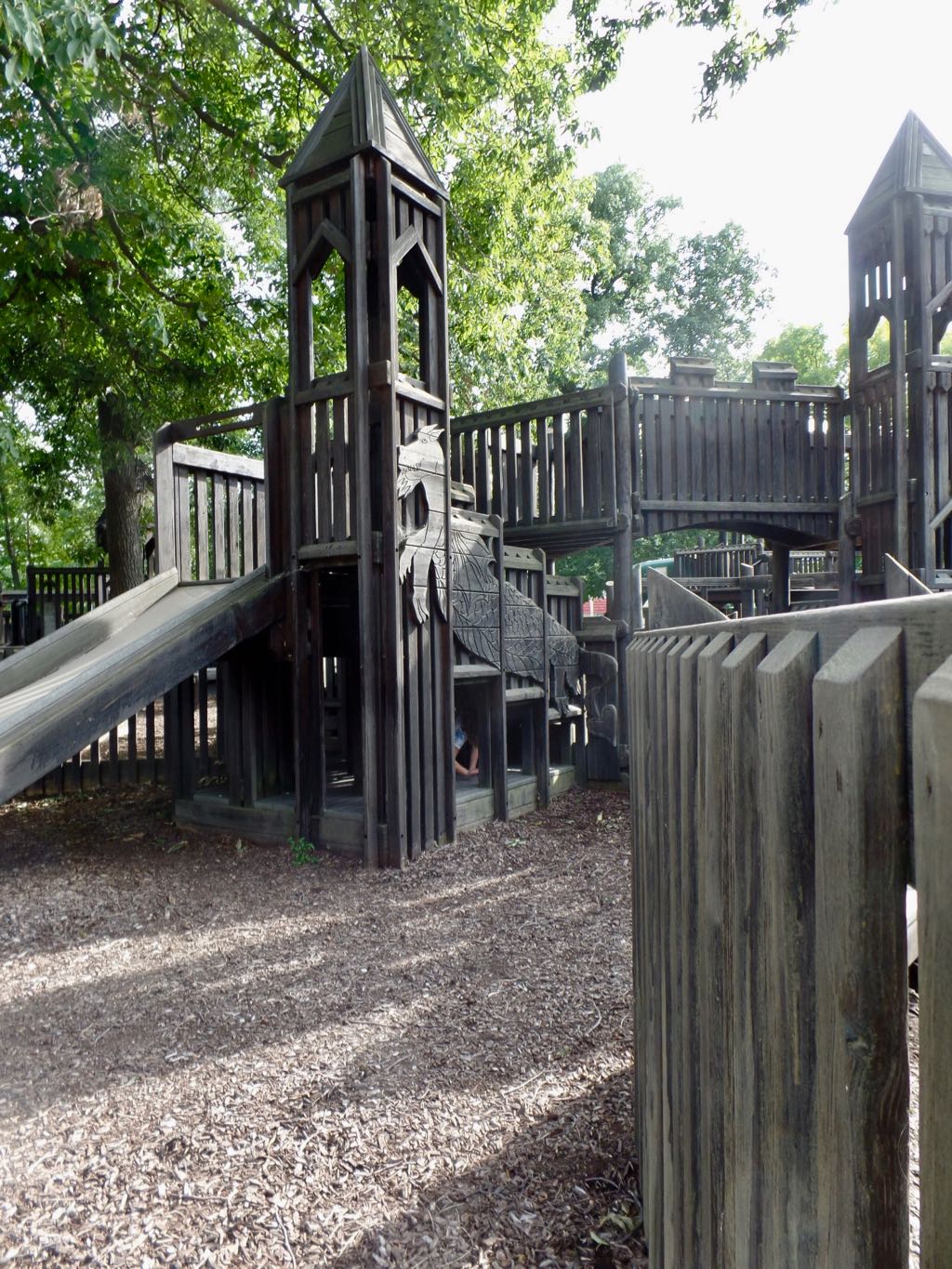 Some of the playground stuff, which looks all rather nice. Note there's a dragon figure carved into the edge of the slide. 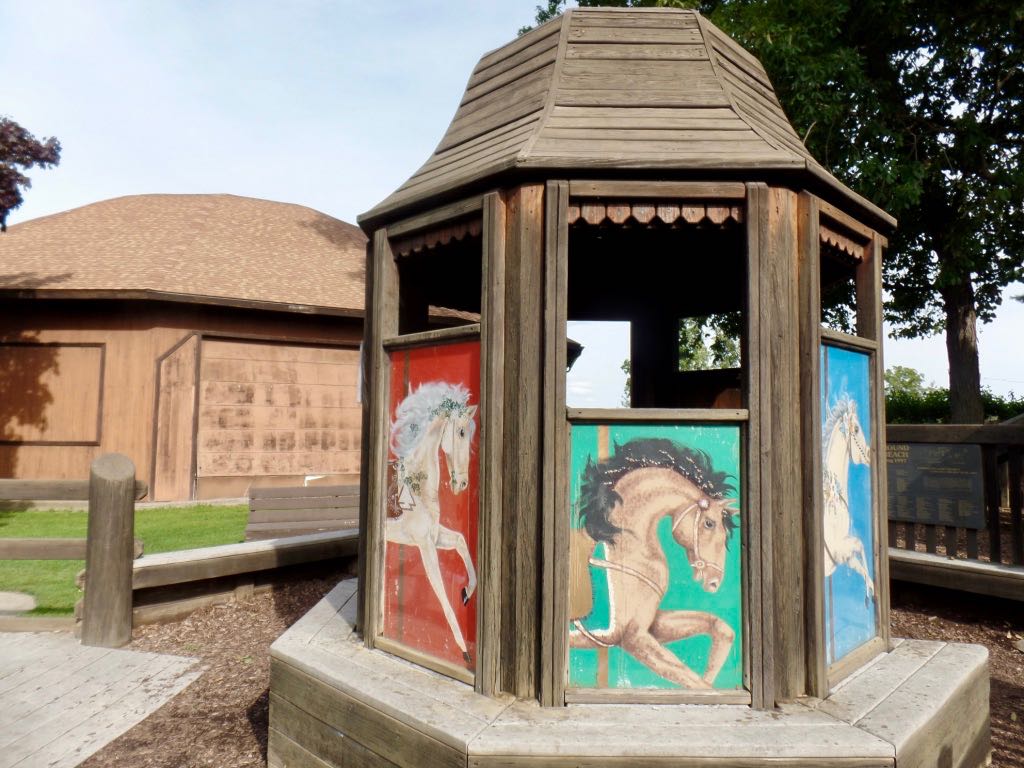 Gazebo among the playground equipment with carousel horses painted on it, which is near enough the carousel building that I wonder if kids put the two together. 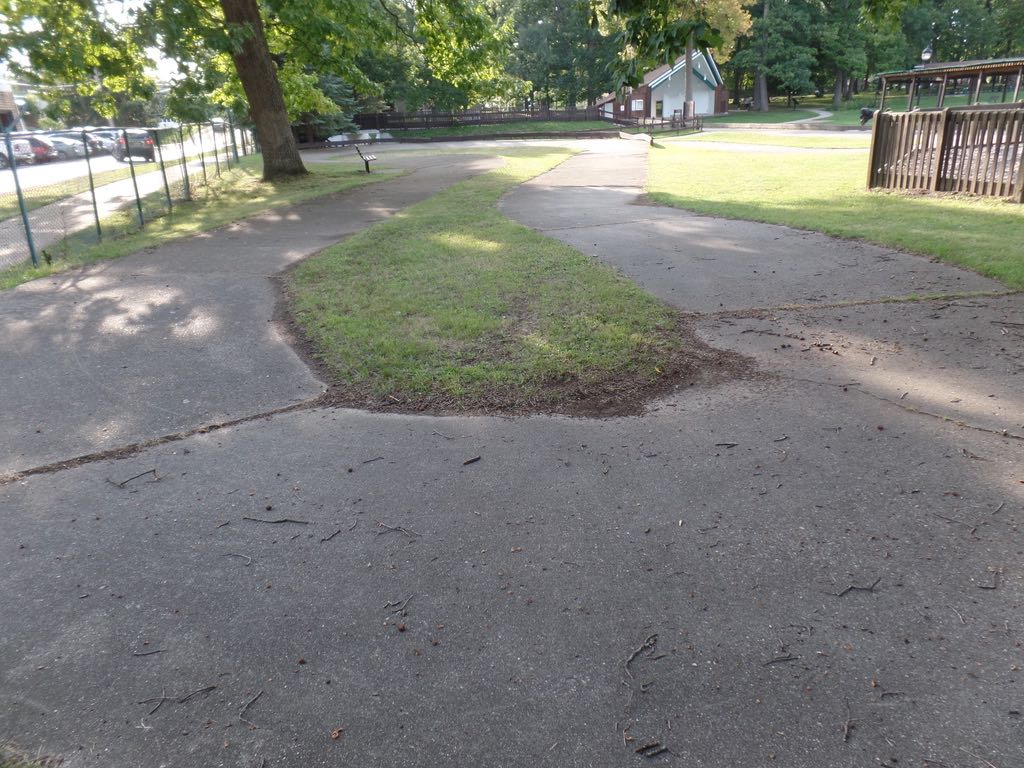 And here was an unexpected discovery: the last remaining ride from Lake Lansing Amusement Park! 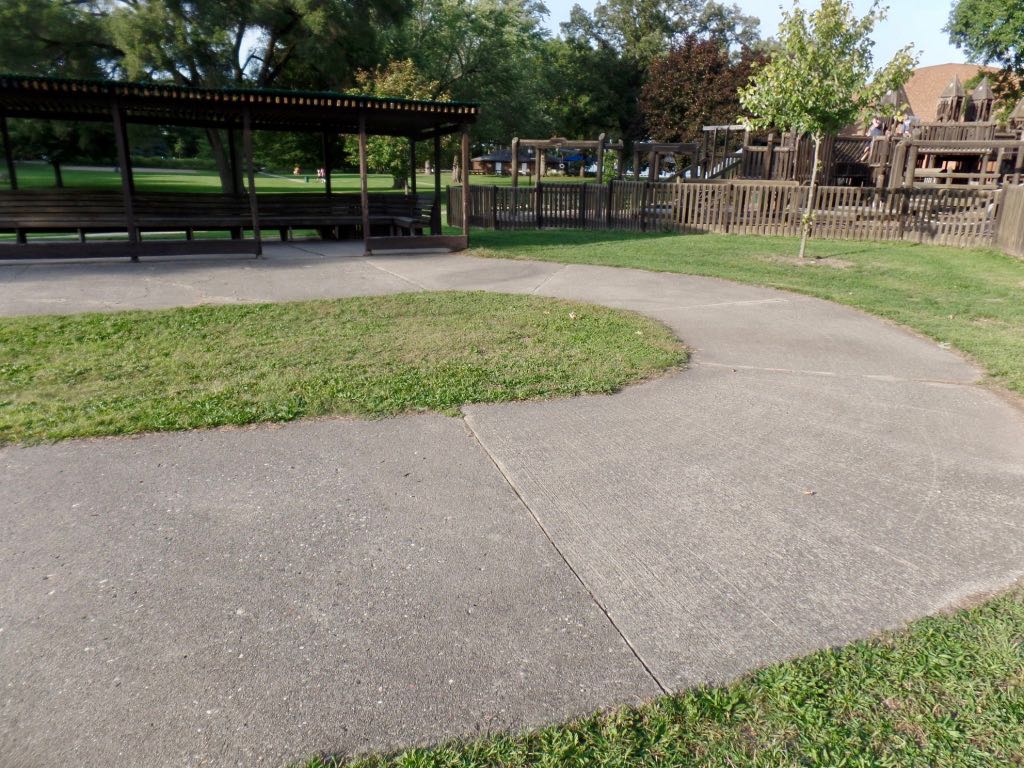 In the late 60s-early 70s, the park put in an Auto Ride, one of those things where you putter along in cars on a bounded track. And the track survives! I don't know whether the sheltered area is the original queue and loading area, but it's surely the location that it held. 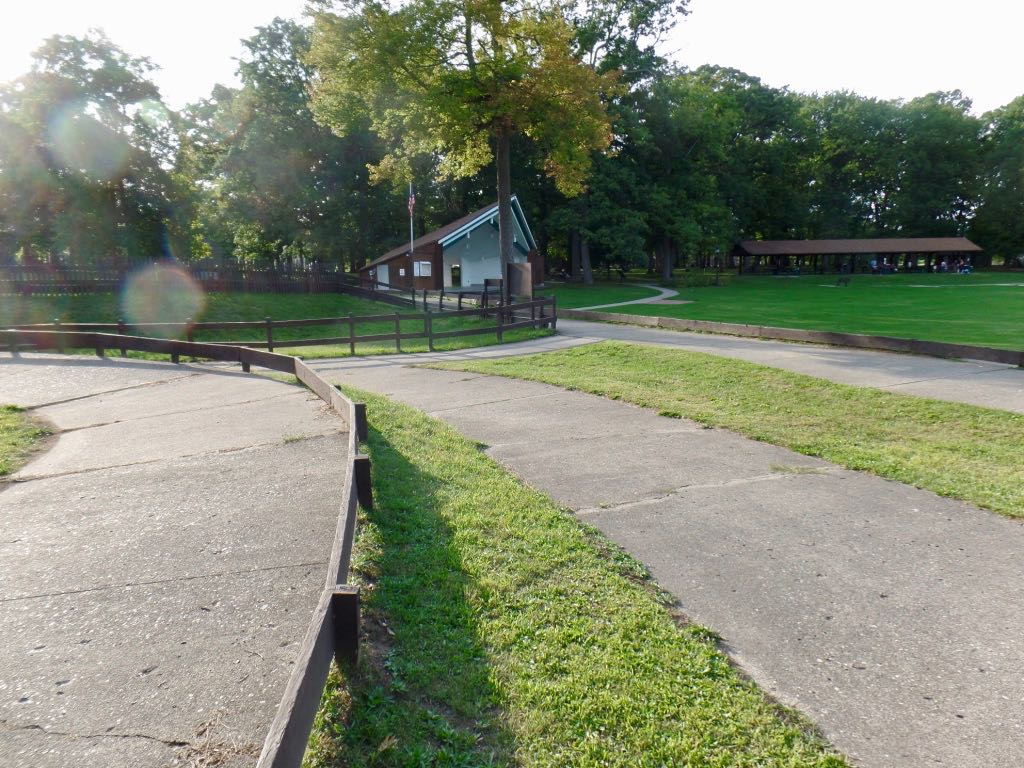 The Auto Ride track isn't long, but it does go up and down hills some, so it should have been a fair enough ride. 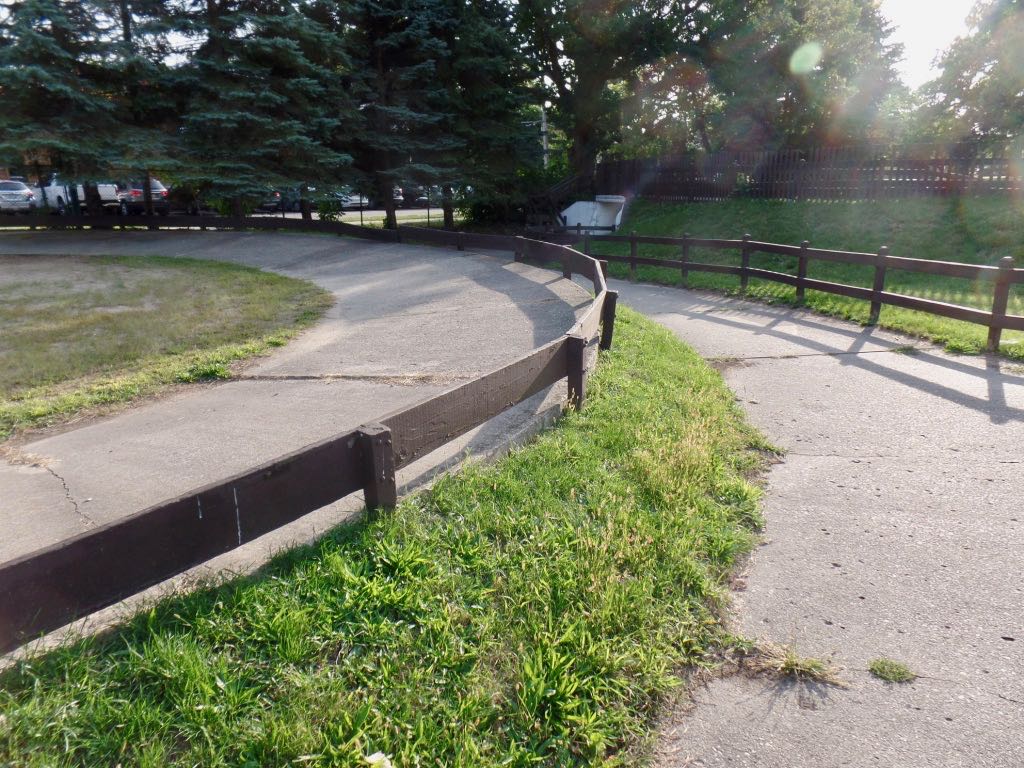 From what we can tell in old photographs the Auto Ride had bumpers on either side of the track but cars weren't confined by a central rail.

Trivia: Polish delegate Roman Dmowski, at the 1919 Paris Peace Conference advocated for a border based on the frontiers of 1772, a Poland which would encompass much of Lithuania and Belarus and Ukraine. Combined with German residents about two-fifths the nation would be ethnically non-Polish. Source: Paris 1919: Six Months that Changed the World, Margaret Macmillan.