Among other things this week I had my ``one-on-one'' with the Human Resources Generalist for the company buying mine. I wasn't sure what to expect from such a meeting, but my brother offered advice and I followed it best I could. Much of what I did was setting out things that the generalist has to refer to a Human Resources Specialist. Like, so, what does my pay look like compared to other people with my experience and education? Which is, way low, surely. Hopefully that will get improved soon.

But my brother advises me that I have most likely missed my chance to get the best pay I could from Group. That I should have been asking for annual or biennial reviews and raises, and there's just no making all that up at once. His advice is that I need to be ready to use the Group's good name to get me a job at another company. I hate that kind of change since, well, I like what I'm doing and who I'm doing it with and just want more cash for it. He did do a mockup of what my resume ought to look like and it's a little creepy to see my life described the way someone who knows how to market himself describes things. I also feel like I should have more to write but I just don't see where, or about what.

Other minor issues. I did ask the Generalist if they actually have health plans that apply to Michigan and that's being referred to a Specialist. And learned that yeah, the Group is very likely going to want me to have a Work Laptop to use. That's more or less fine, as long as they're buying it. I like the idea of separating my work computing from my life computing. Already work business has been shifting from my personal e-mail to the work e-mail that I can stop looking at after the close of business and that feels happier. Will see how that goes. 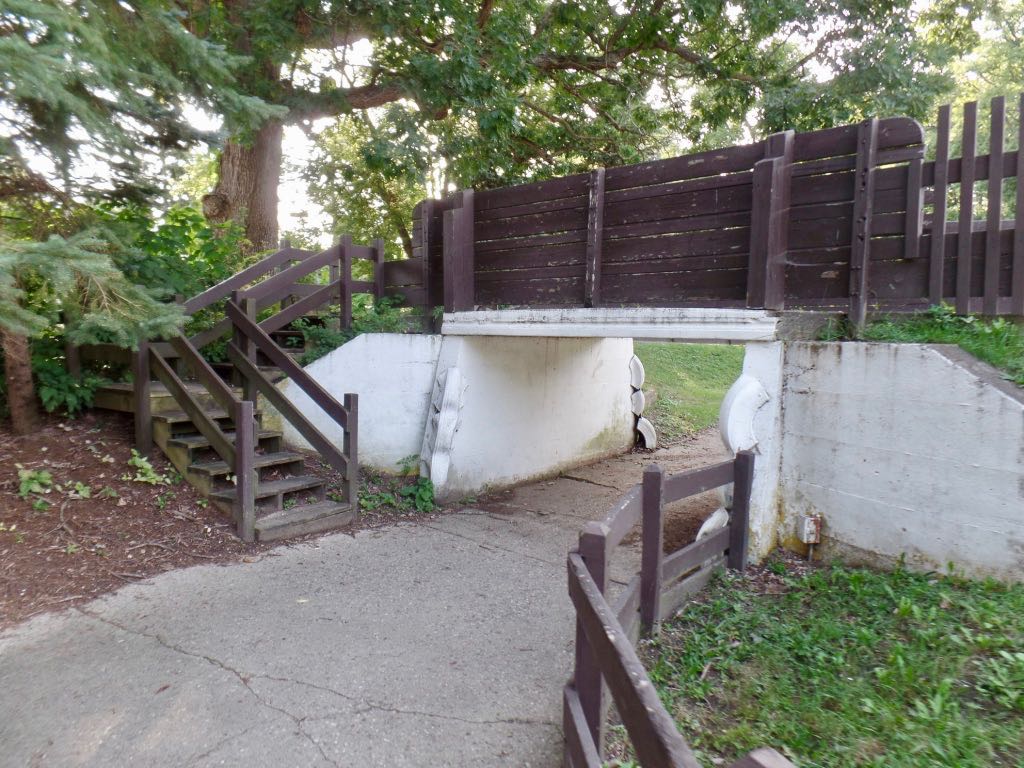 Like many an Auto Ride, the Lake Lansing Park one has a lowered area and a bridge so people can go over one another. It looks tight! 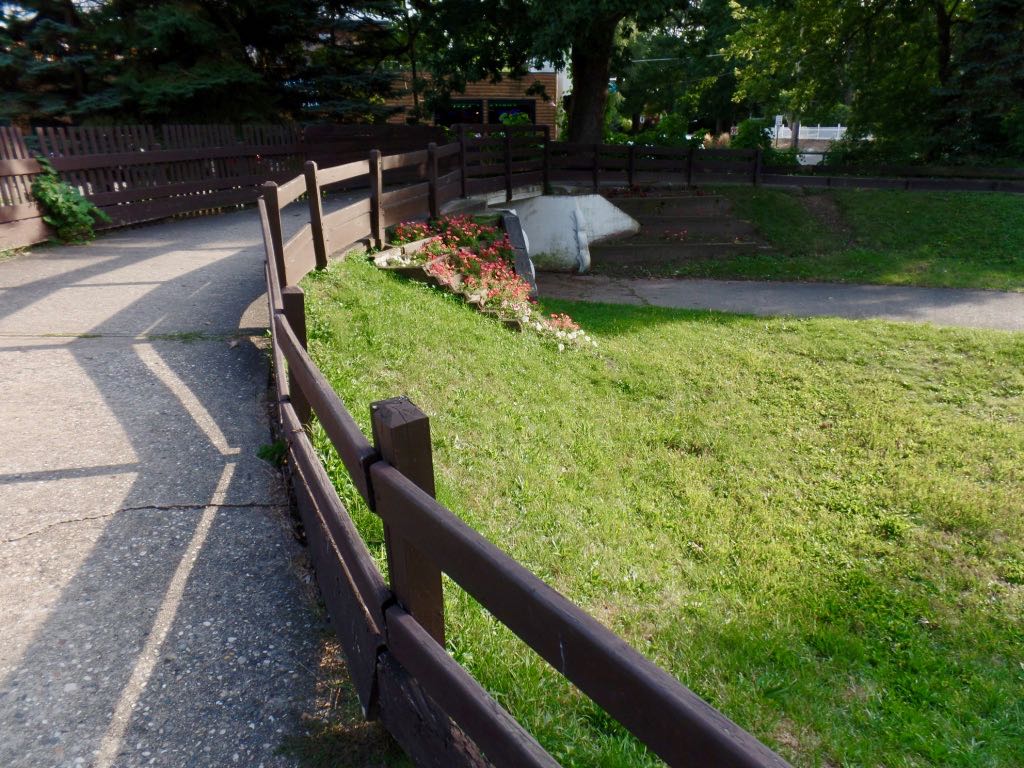 The track is still in use for trikes although given 2020's woes, they didn't have any out for rental or use. We just walked the track ourselves. 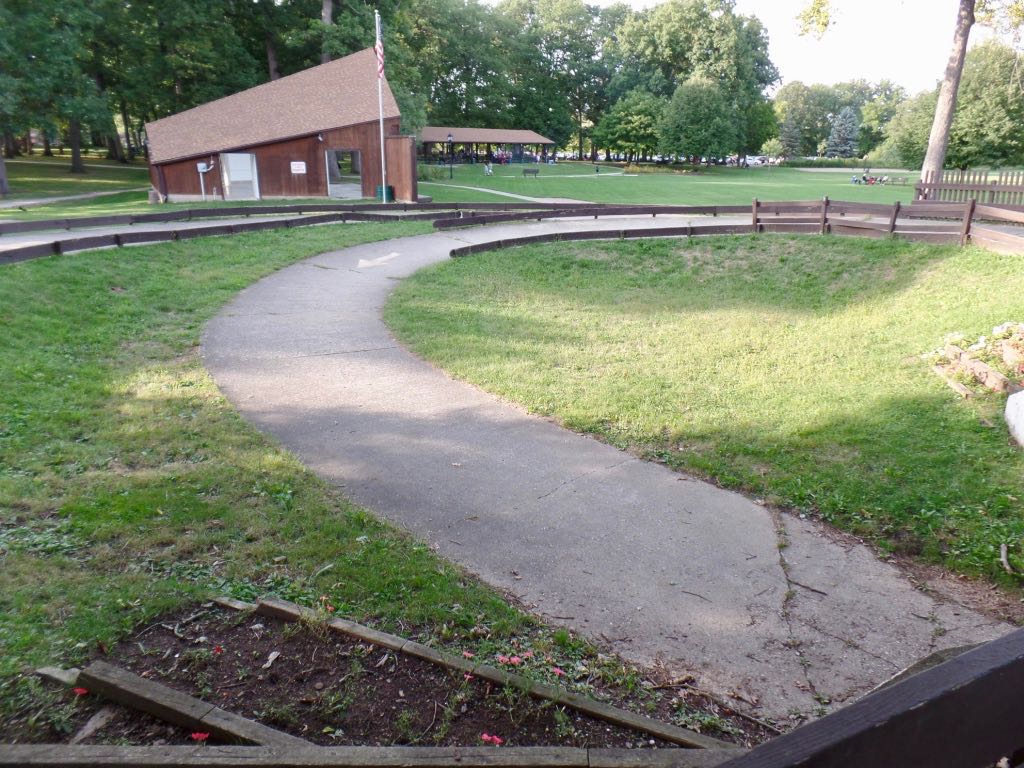 From on top of the bridge you can see the directional arrow and also into, and back out of, the band shell in the distances. 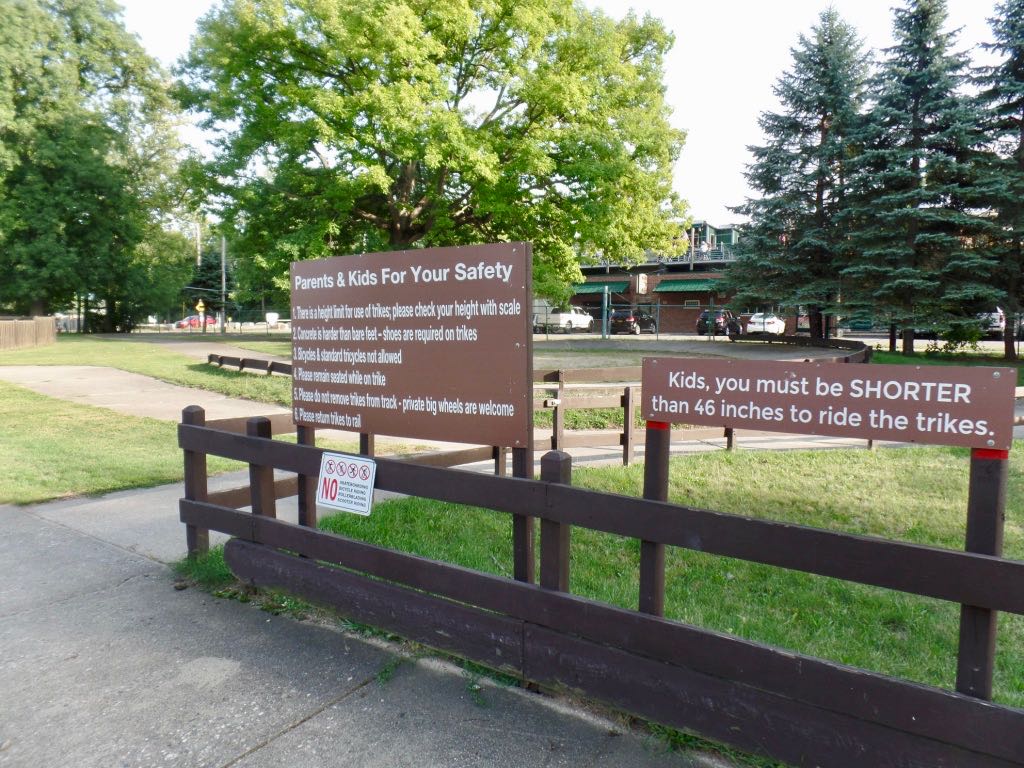 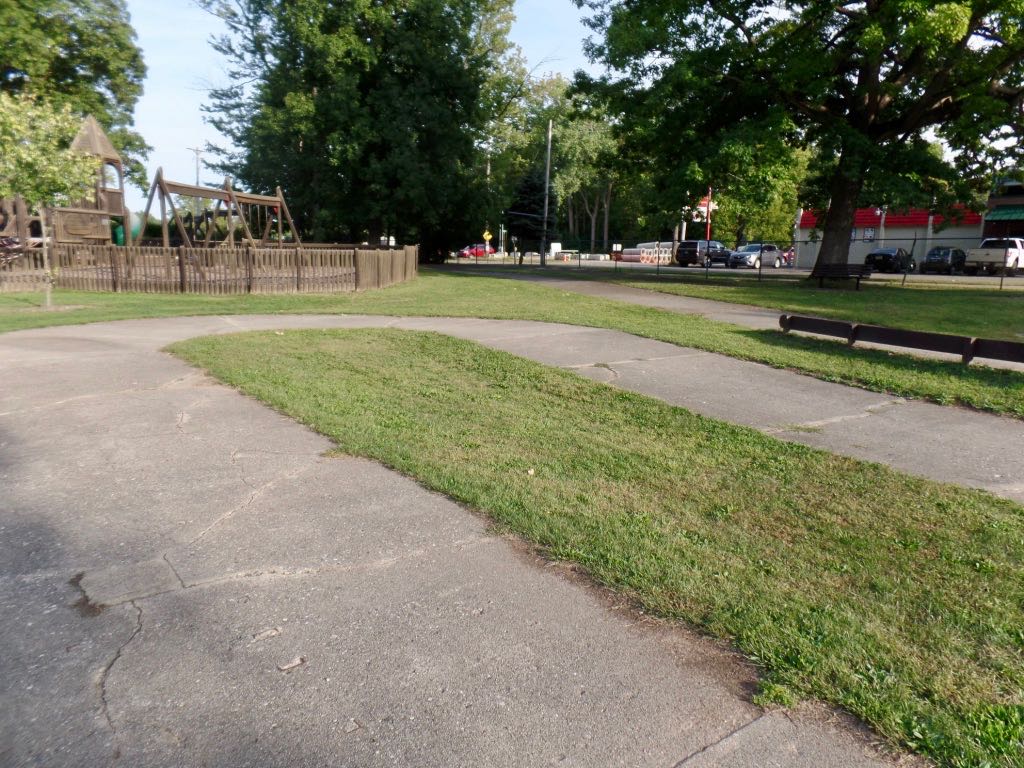 A look at the first turn of the ancient ride, which was right on the edge of the park's boundaries. 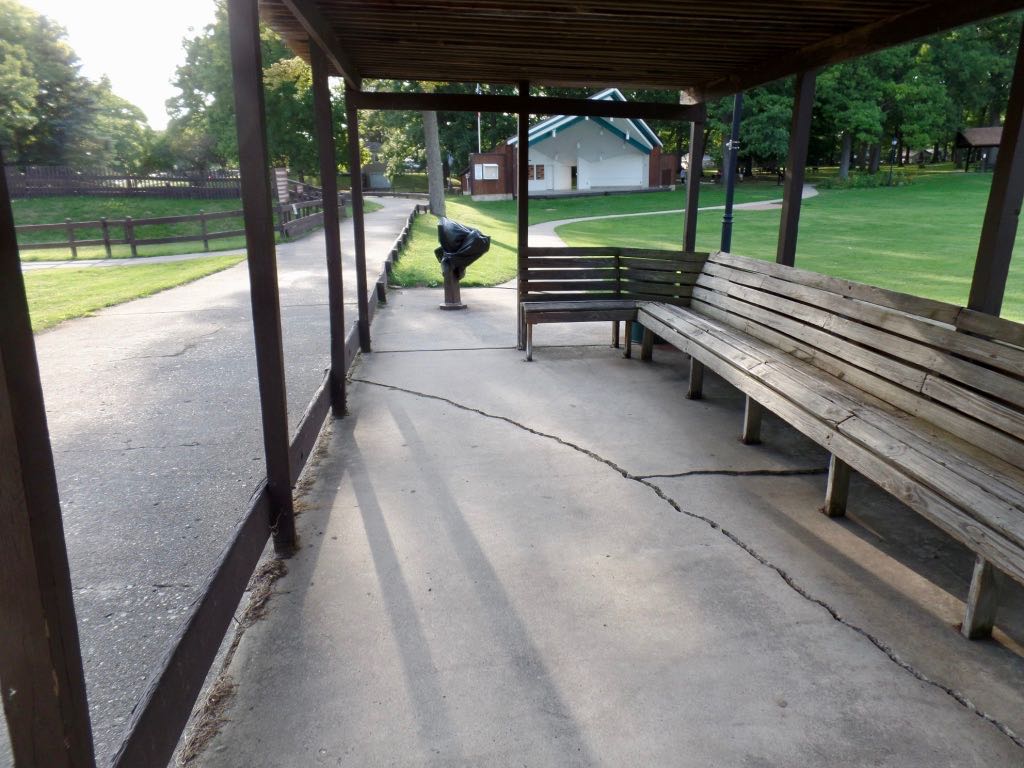 This must have been the location of the queue even if it's (likely) replaced the bench and structure. Note the water fountain that's turned off and bagged up, surely a way to date photographs to 2020-21 now. 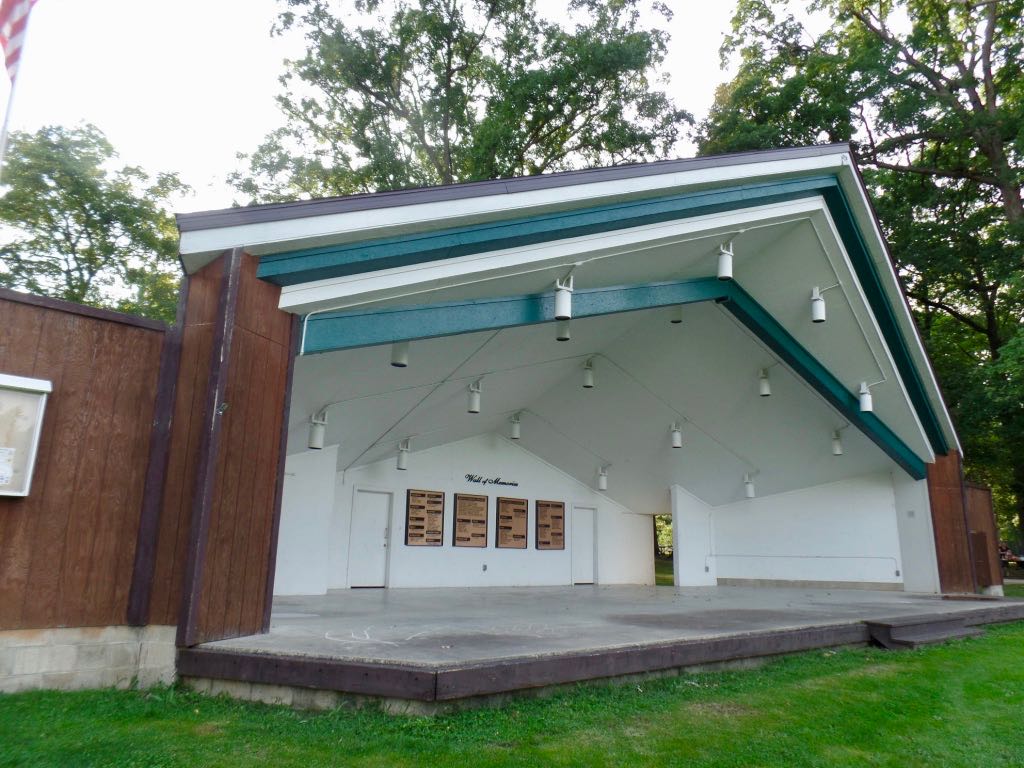 And here's the bandshell, which we haven't ever seen in use, but that probably gets some use in regular times. 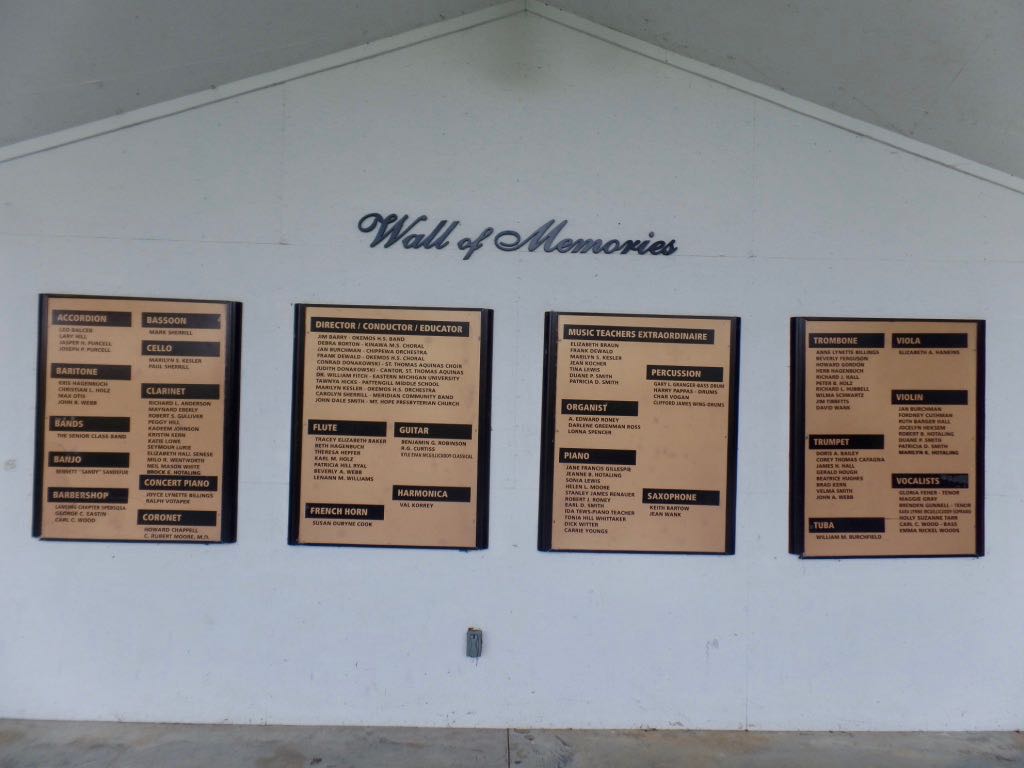 The Wall of Memories seesm to have rather too much space for the percussion and not enough for coronet. Also, interesting layout for the Music Teachers Extraordinaire. I do not know the significance of this layout or why the plaques are so ... oddly spaced. 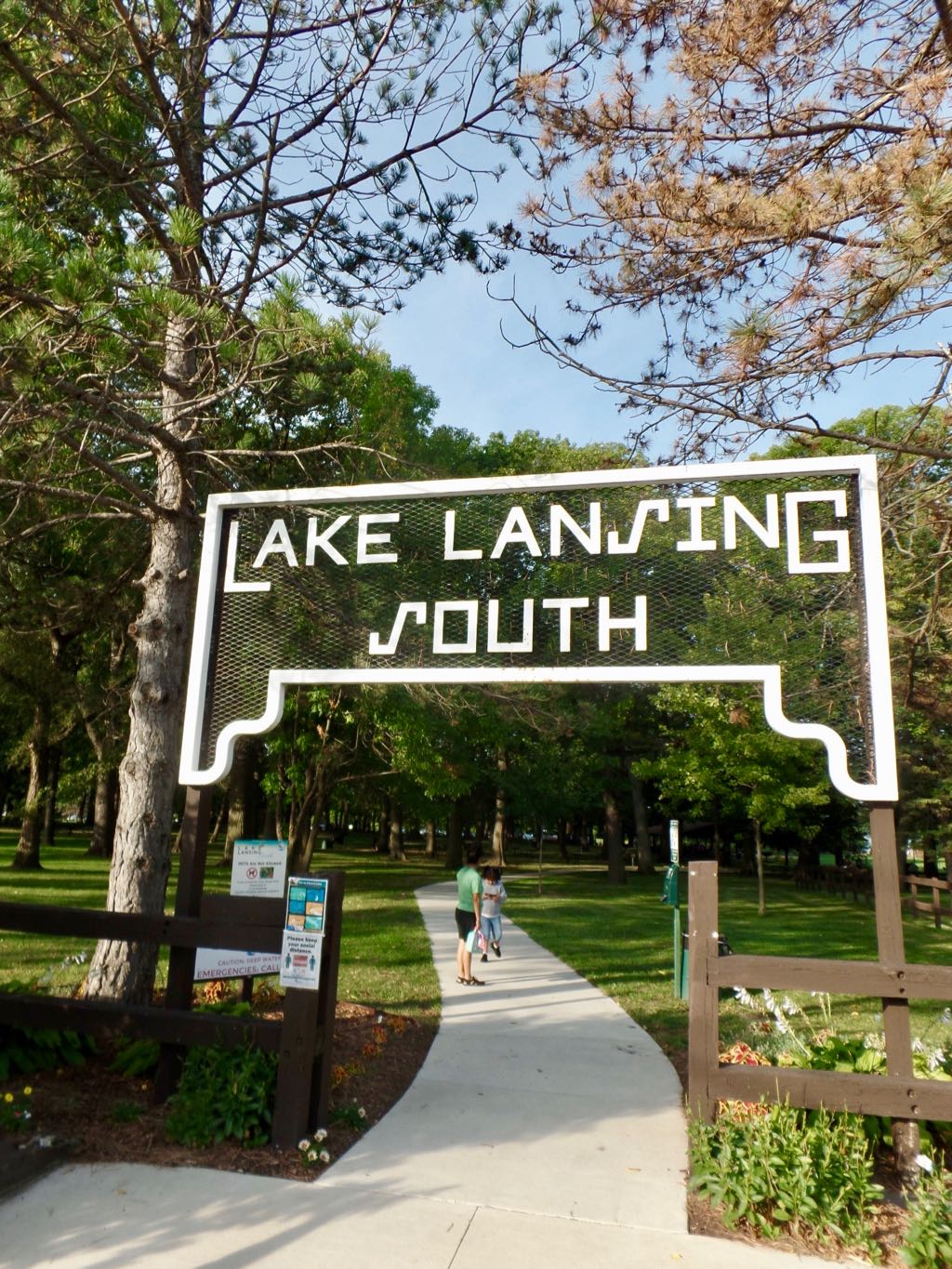 Gate sign at the edge of the park, where it faces the road. I infer that this is where people would have gotten off the trolley or bus to enter the amusement park. I like the strange letter S shape. 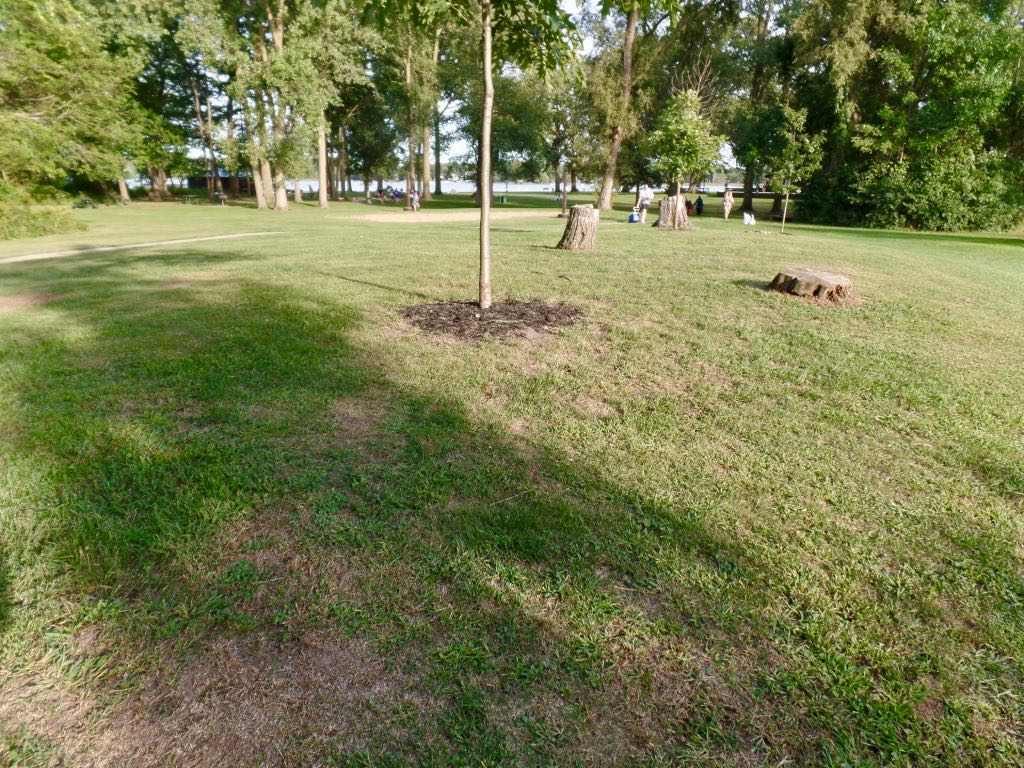 Looking from just inside the gate out towards the lake. Somewhere in here there'd been a roller coaster, once.

Trivia: Queen Eleanor, granted sole custody of the London Bridge for her personal use in 1269 by King Henry III, resigned her position in 1270, as it became clear the bridge was in desperate need of repair. Source: Old London Bridge: The Story of the Longest Inhabited Bridge in Europe, Patricia Pierce.

Currently Reading: The Gangs of New York, Herbert Asbury. Yes, I totally and absolutely believe without question that the strong man for one gang was arrested carrying a card with the price for various things that could be done, like $2 to punch a guy in the face, or $25 to break an arm or $100 for the big job. That definitely is not a tall tale possibly made up on the spot to impress the writer nerd who's wandering the Bowery asking questions. (It's an interesting enough book, just, I know the subject defies rigorous sourcing and I feel like Asbury wasn't interested in justifying why a particular claim might be credible despite your skepticism.)