Orangutans are skeptical of changes in their cages

bunny_hugger called down to ask if I'd heard the news about Clementon Park. Clementon, in South Jersey, was shuttered without warning near the end of the 2019 season --- on Customer Appreciation Day! --- and never reopened. It got put up for auction this month. I knew of at least one group that wanted to buy it and run it as an amusement park, but that was a slim hope, especially as it was a group of investors who'd only recently come together and who hadn't run parks before.

She said the park was bought and by someone crazy. Guess who?

My thinking: Well, she's not despairing, so that suggests someone who'd run it as a park. Obviously not Six Flags, since they already have Great Adventure in the area. Also likely not Cedar Fair, since they have Dorney Park, a couple hours' hike but still right in the area. Parques Reunidos, who owns Kennywood, Idlewild, and Dutch Wonderland? ... That would be a bit wild but not crazy. Clementon's the sort of small and ill-used park --- with a history; it opened in 1907 and is one of the dozen or so trolley parks still extant --- that they could take over and maybe revive, the way they'd rescued Story Land in New Hampshire. So I thought of who might be crazy and guessed, ``Knoebels?''

The answer was Indiana Beach. Gene Staples, who'd put together the salvage of Indiana Beach from a sudden unexpected closure at the end of 2019, apparently learned of Clementon in February. So put in the high bid, for about US$2.6 million. The plan apparently is to get the water park at least open by Memorial Day and the rest of the park open as practical.

It's awfully hard to not see this as good news. The group at Indiana Beach has only had one season of running a distressed park, but they managed it, and in (I hope) the worst possible conditions to have an amusement park open. This year won't be easy, but it won't be impossible either. And that they're looking to expand already is ... well, this is probably the cheapest you'll be able to buy any amusement park this decade (and I sorely hope that's true). It's got to be very good news for Clementon. It's hard to think of a better buyer without getting into fantasies.

So now I am again more than six months behind real-time in my photographs, although I think that's still closer to current than I have ever been before. From the Potter Park Zoo at the end of September 2020: 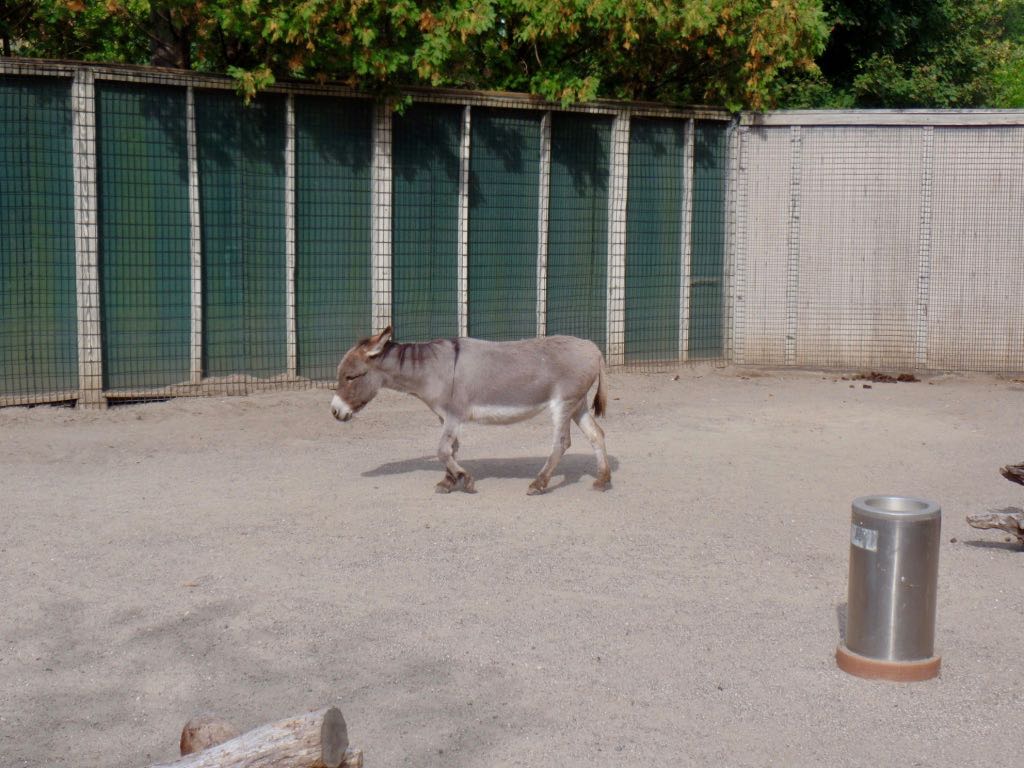 Donkey wondering if this was the best use of their time. 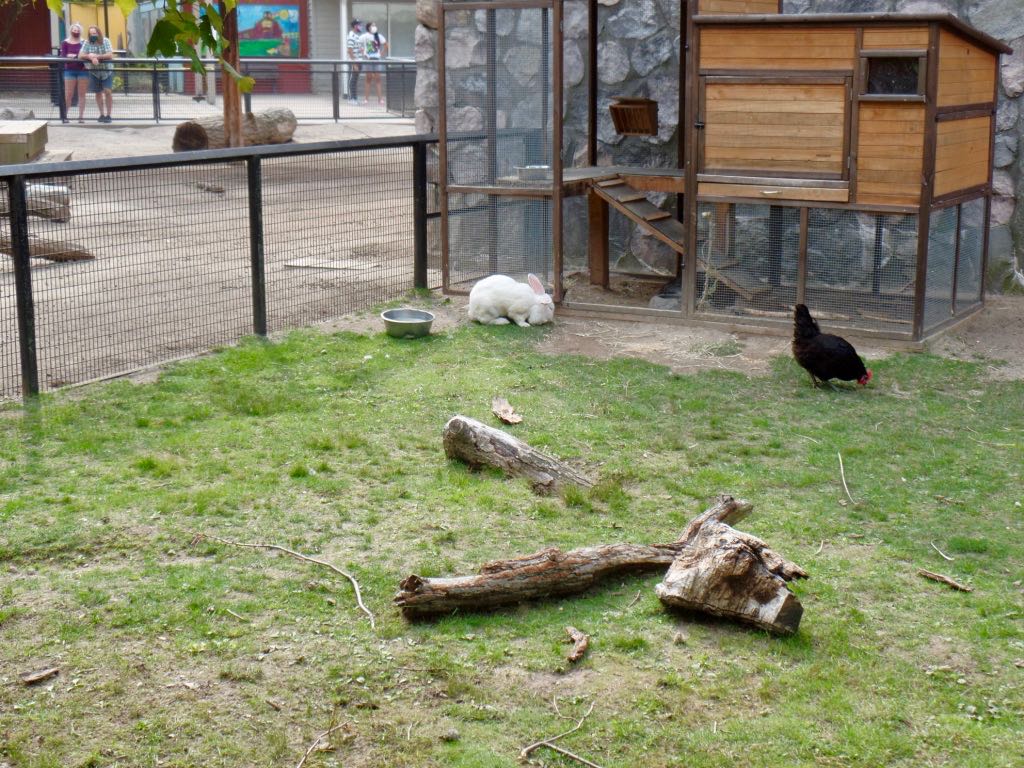 And here we see a chicken got into the rabbit enclosure. We did see the chicken going back home across the fence. 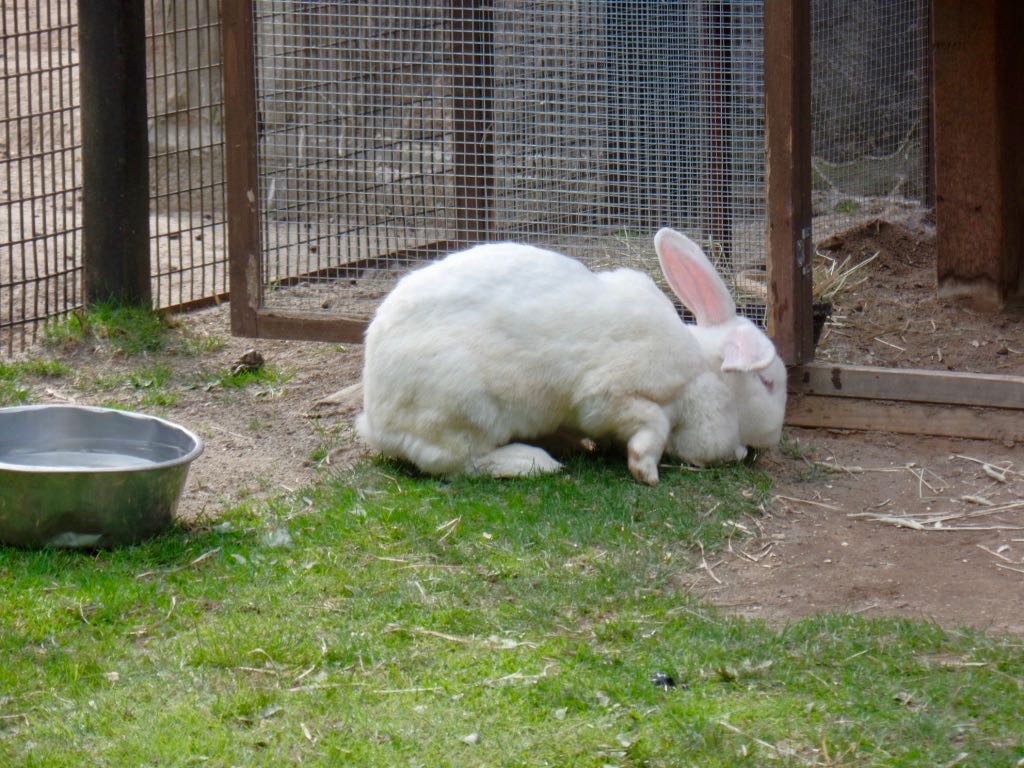 Oh, this rabbit's so dainty; look at how elegantly she holds her forepaw while eating. 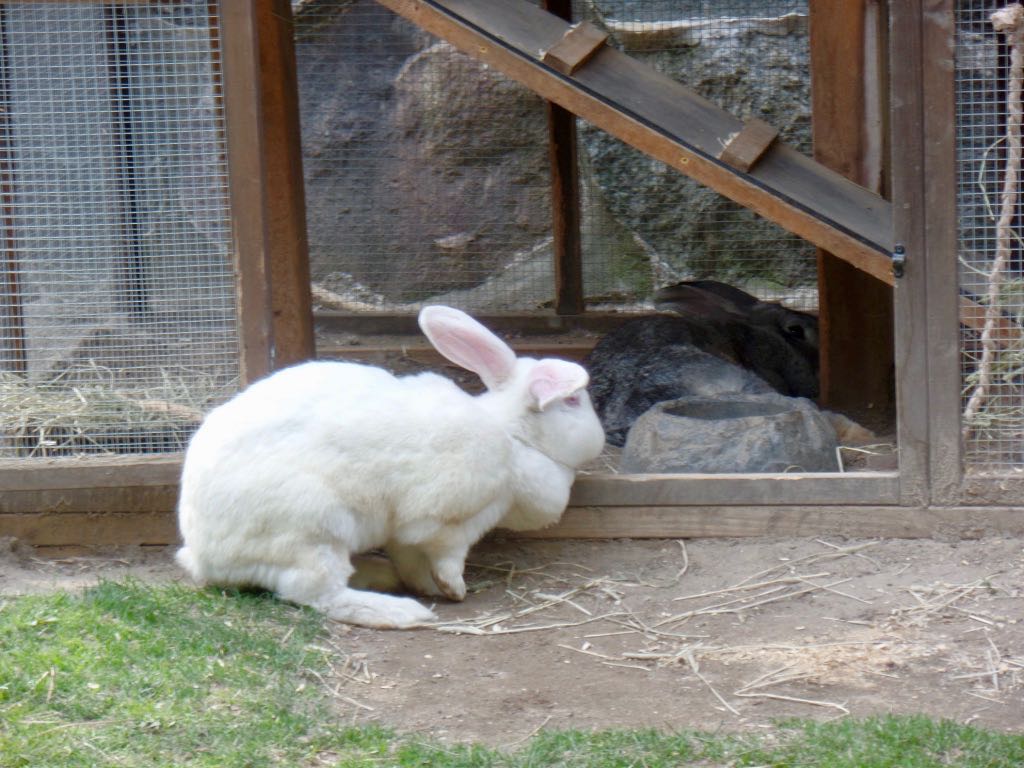 Oh, also there's other rabbits. Did you see? ... And that's a lot of foot, by the way, on the red-eyed white rabbit. 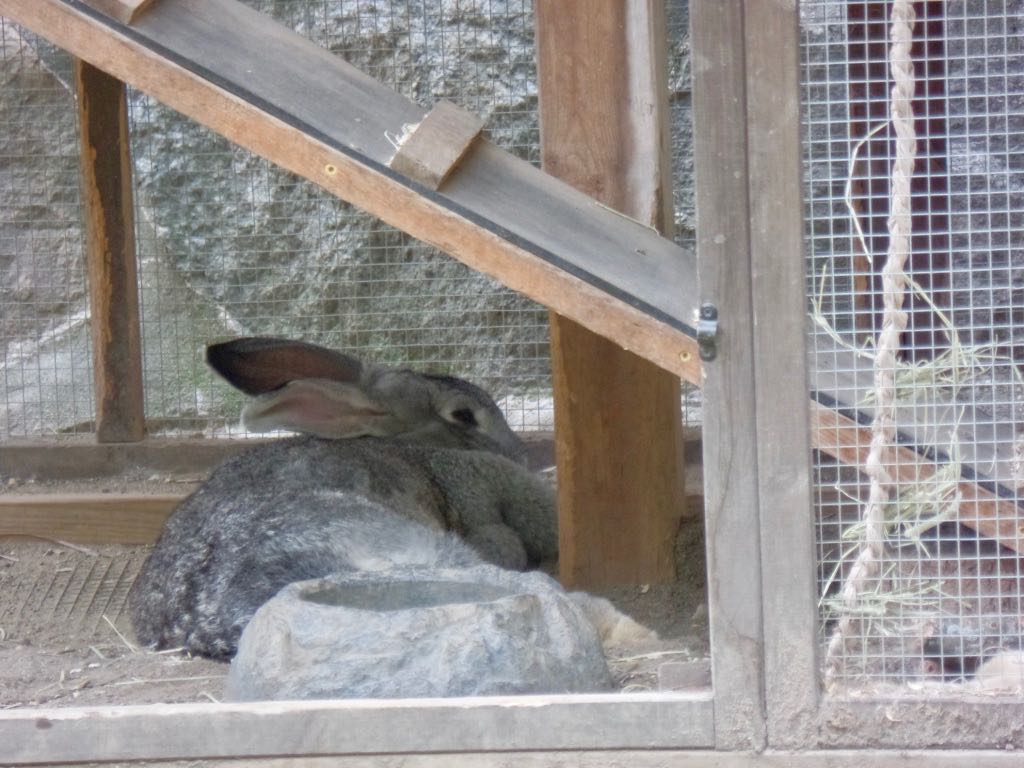 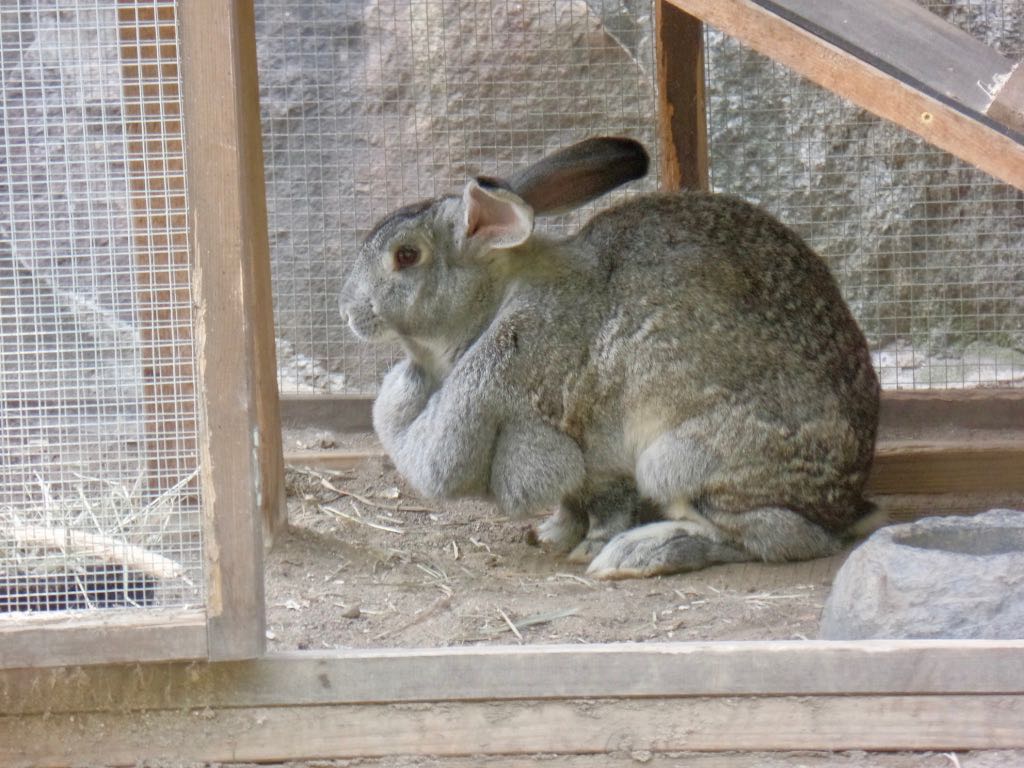 That is a lot of dewlap. 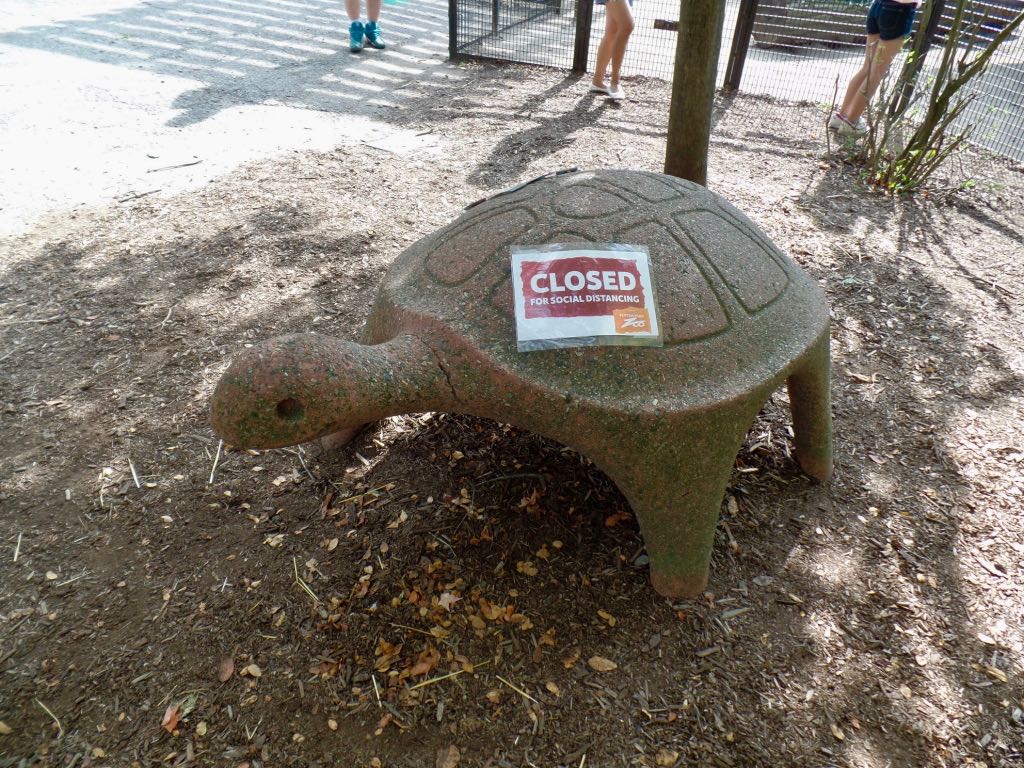 (Person blocking off the turtle statue kids could sit on before they get bored with sitting) ``I'm helping!'' 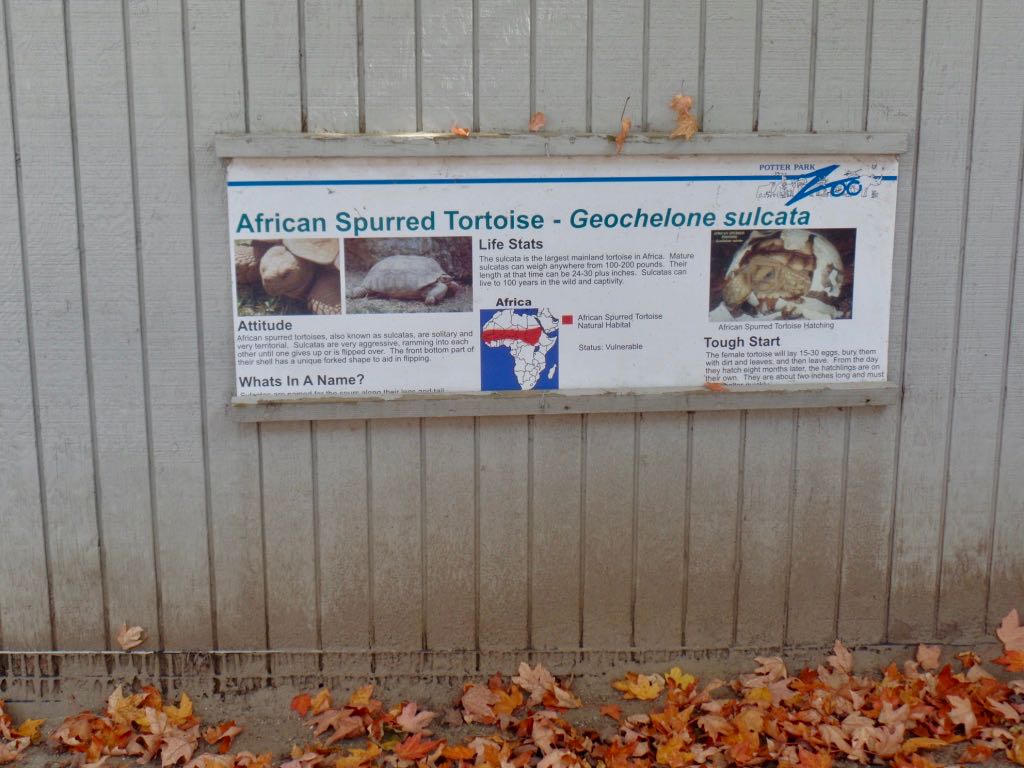 Slightly misaligned old sign that would explain something about the name of the African Spurred tortoise if only the bottom slat were nailed in two inches lower down. 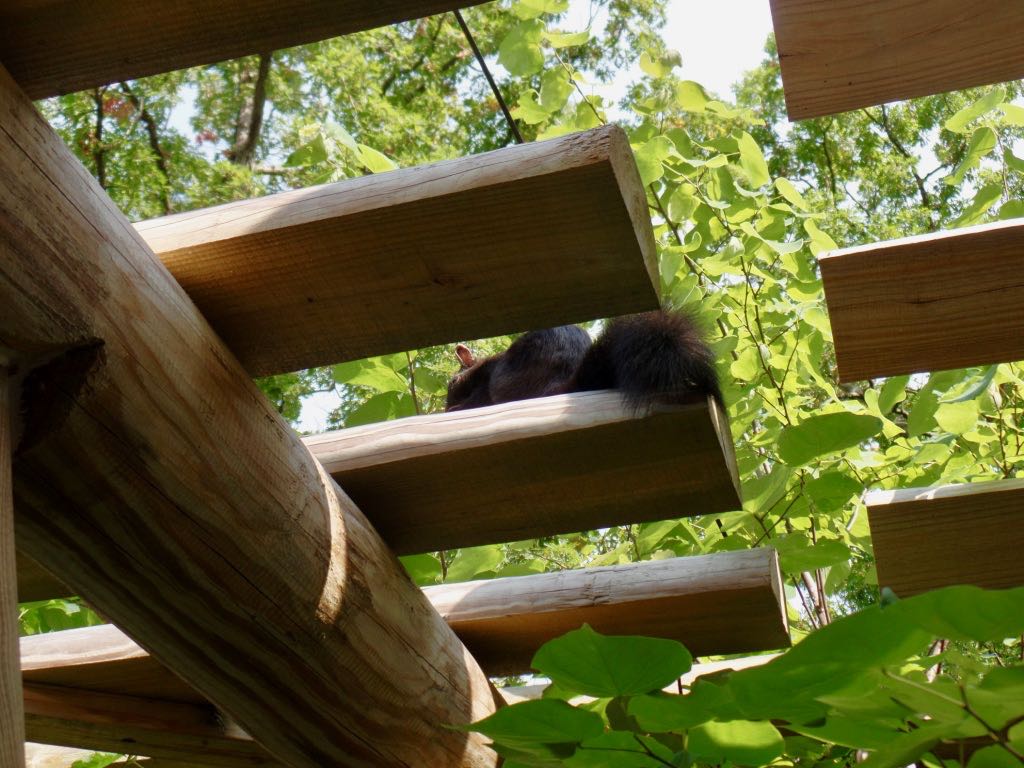 A local black squirrel figured out the red panda enclosure's a cozy place to reside too. 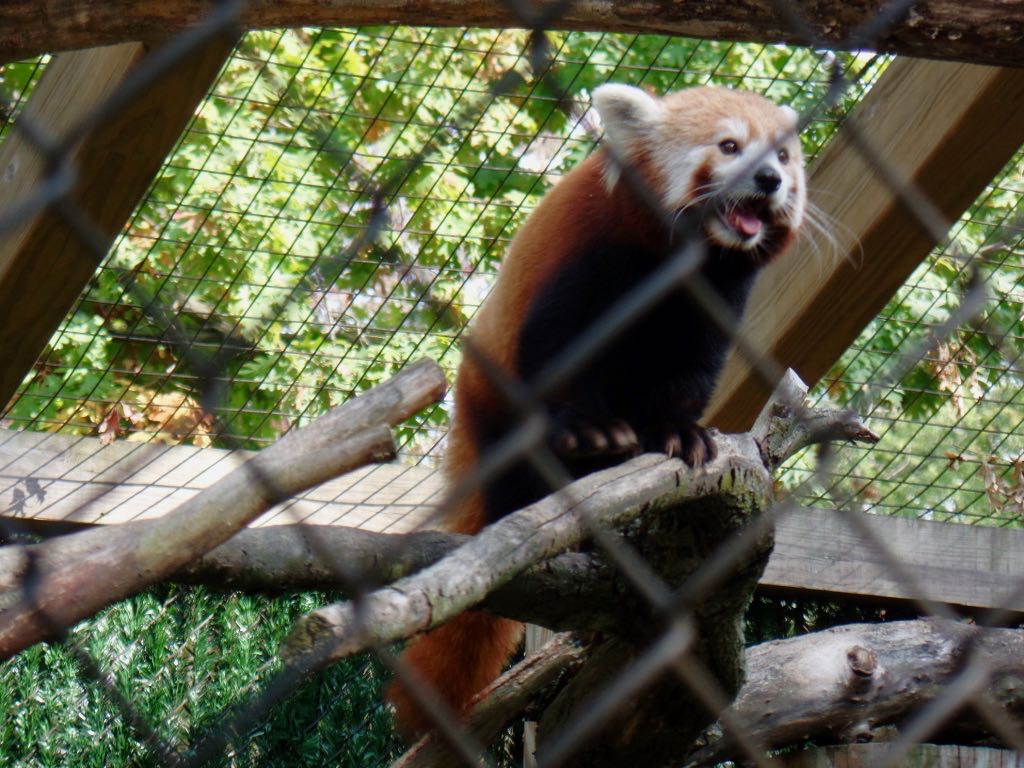 And here's a red panda yawning at us all. 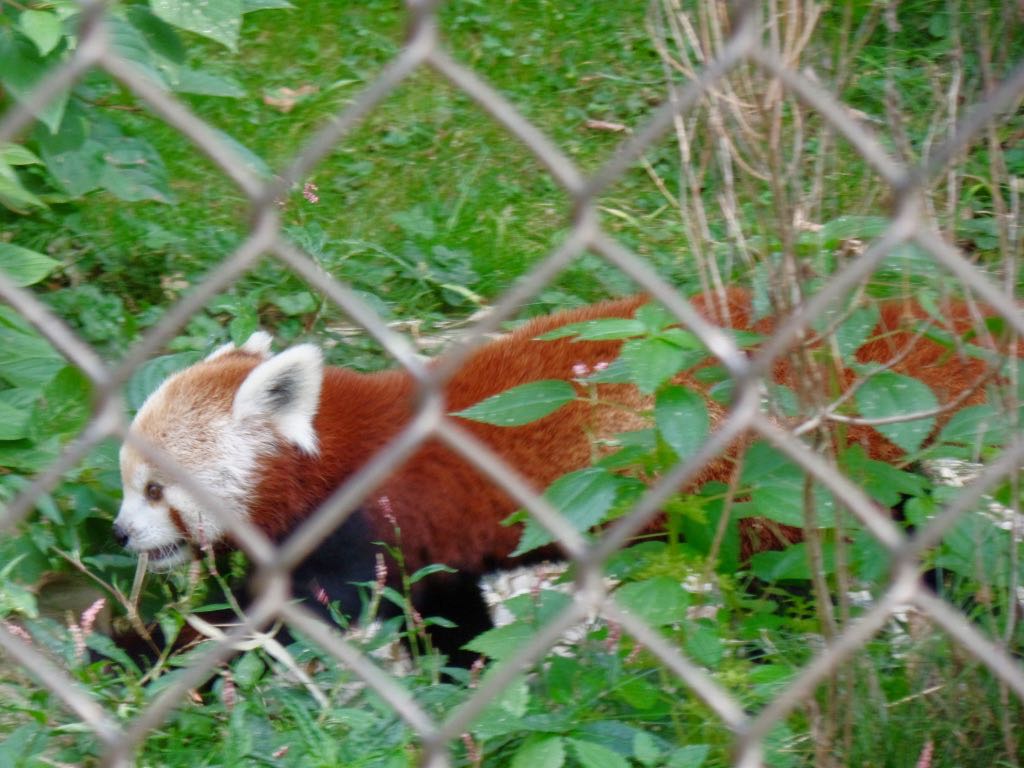 Another red panda trying to remember an appointment on the other side of the pen. 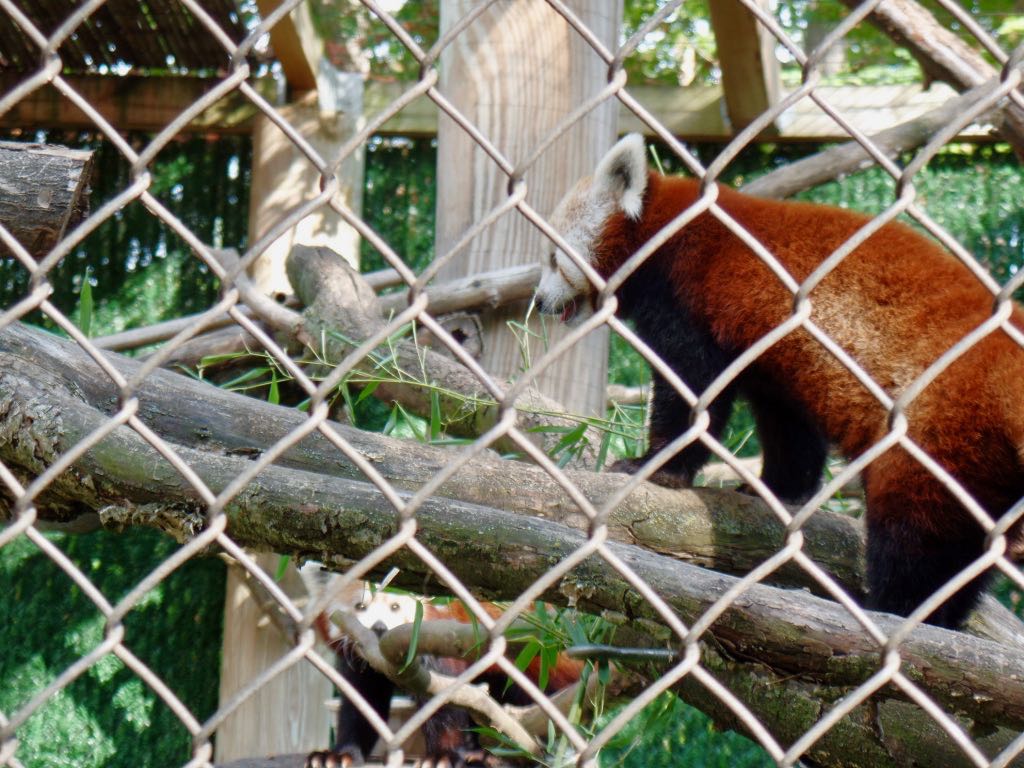 Red panda wondering how it's all come to this, though.

Trivia: England's King Charles II said of Thomas Hobbes --- who had taught him --- coming to court, ``Here comes the beare to be bayted!''. Source: Infinitesimal: How a Dangerous Mathematical Theory Shapes the Modern World, Amir Alexander. If I'm parsing Alexander's writing and reference correctly this seems to have happened just the once. It's still ... well, funny, but you kind of see why Hobbes was like that, then.

Currently Reading: The Disordered Cosmos: A Journey Into Dark Matter, Spacetime, and Dreams Deferred, Chanda Prescod-Weinstein. Um. So, yeah, did not realize there were people who referred to Quantum Chromodynamics, developed in the late 50s through the 60s, as ``colored physics'' and that this was a name picked by people who never imagined talking to a Black person.