Finally after a bunch of dumb problems got my New Work ... uh ... workspace ... user id thing set up. It's not for e-mail, but for their web portal for other stuff. It's also given me my first really serious and undeniable warning sign about the company: I'm supposed to change the password every 90 days and can't reuse a password within a year. That can't be good .

Somewhat good? Story comics. Learn What's Going On In Alley Oop? Why was Lady Worthington killed? January - March 2021 in recap. That's not a really compelling secondary question to differentiate this essay. But, like, I can't imagine what search query would lead to this particular plot recap. Sometimes there's ones where it's obvious, like wanting to know who put Alley Oop in Time Jail. This? It's just not there. Maybe someone might ask why Alley Oop shrank until he was bigger than a galaxy? I don't know.

Now back to the Potter Park Zoo, for my birthday visit just over six months ago. And finally some of that content specially for 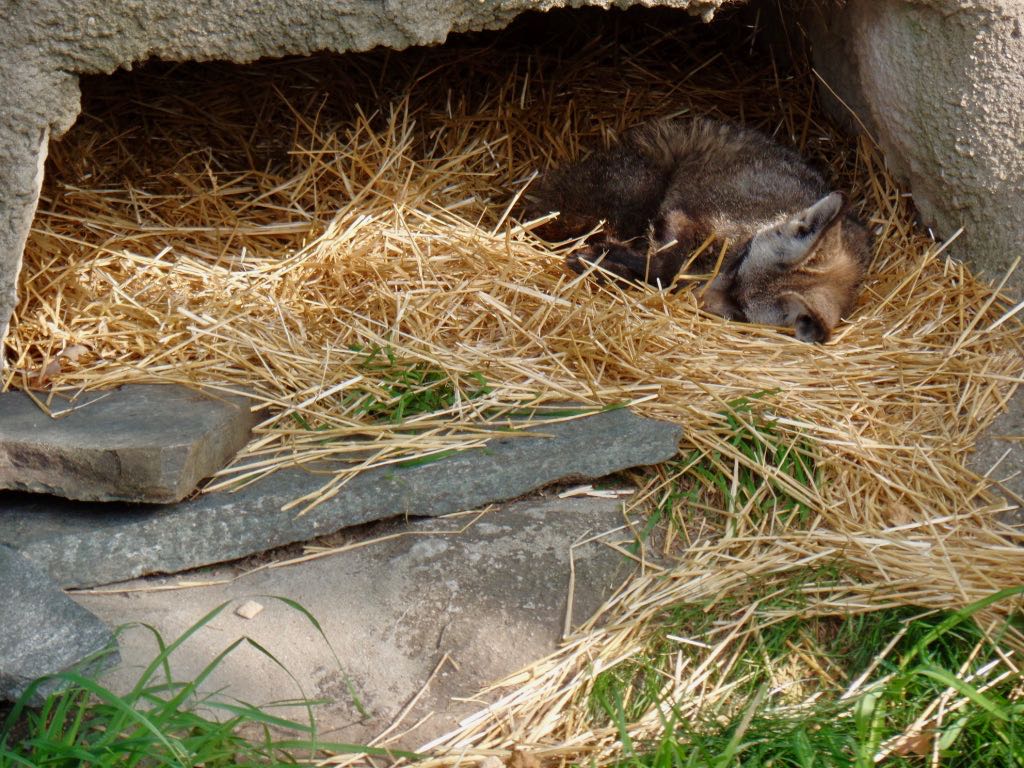 See? Told you there'd be a fox in there. 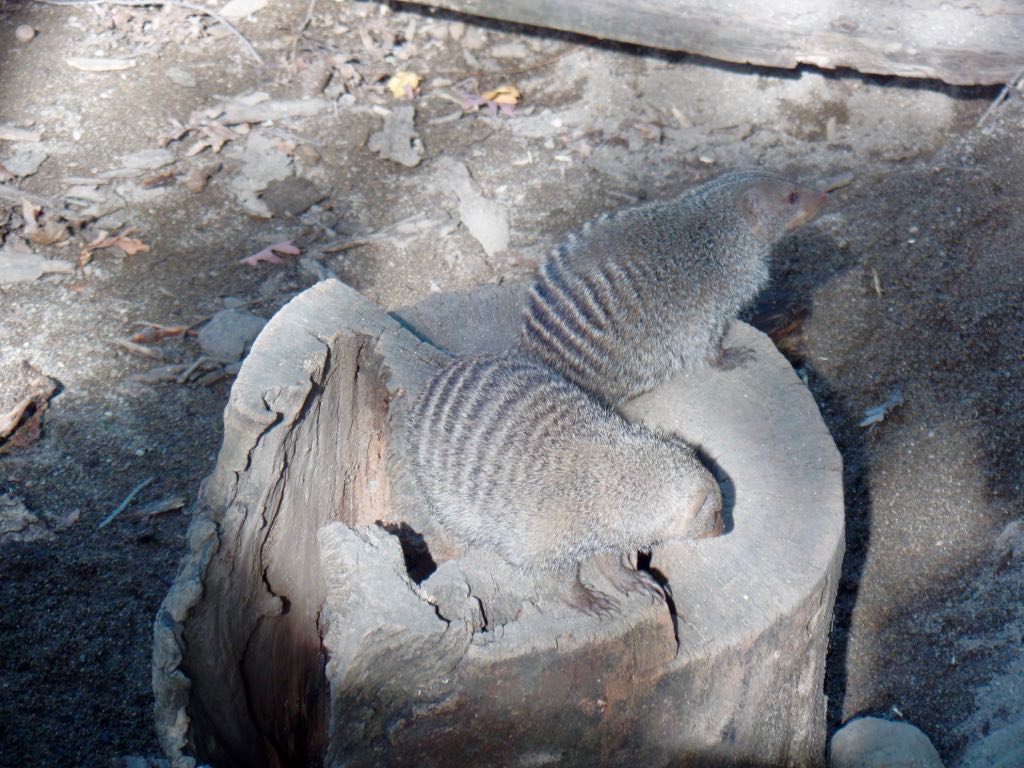 And now to the banded mongoose band! 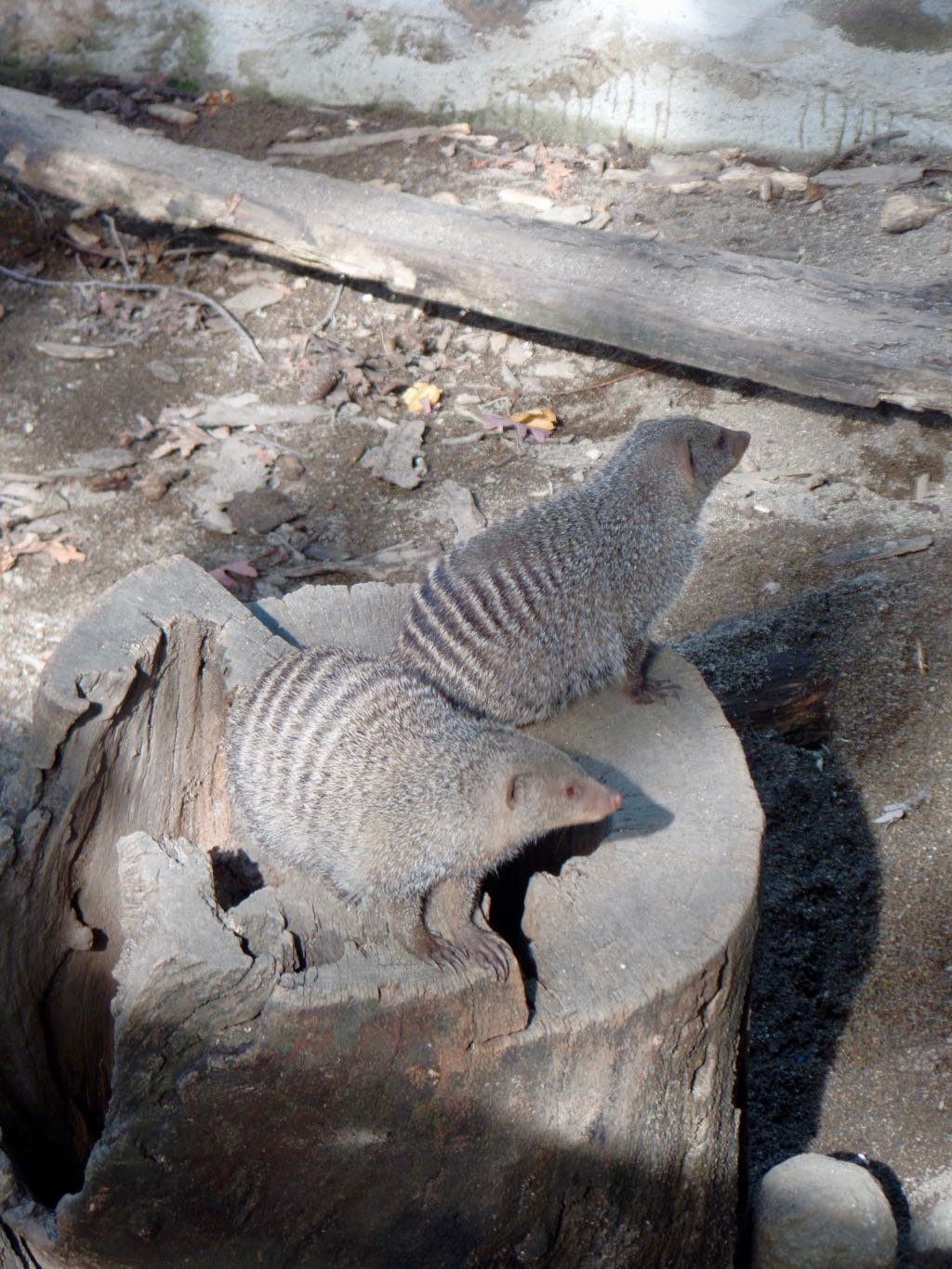 They don't feel the same need to keep sentries posted that their meerkat cousins do. 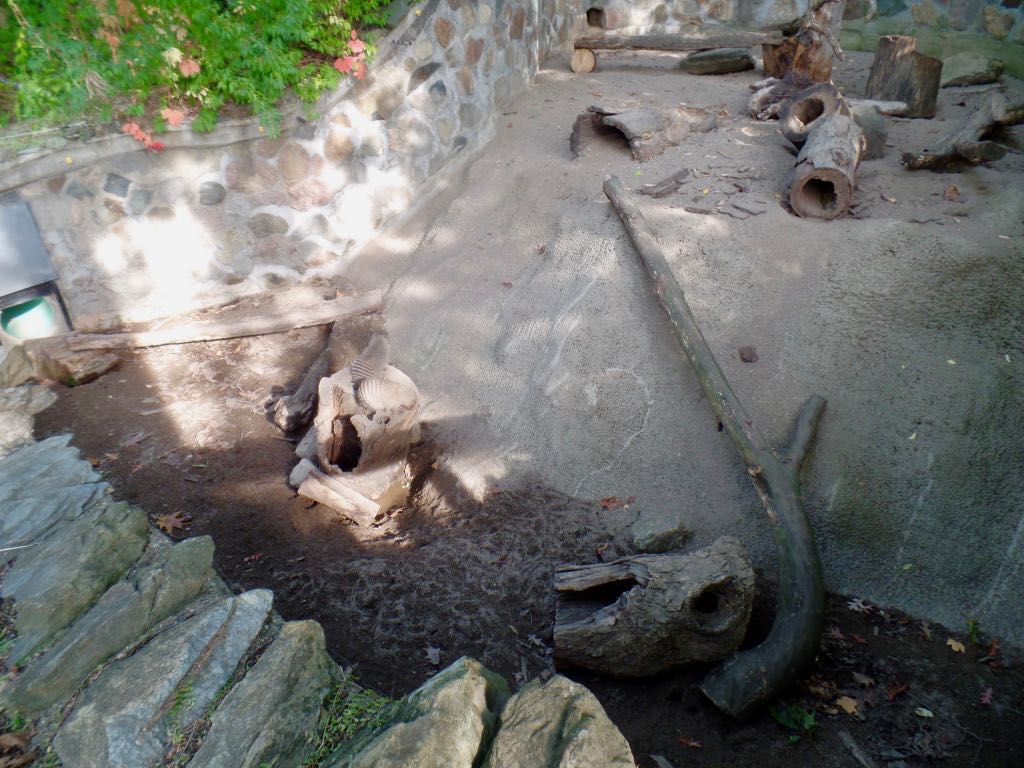 Given the slope here I wonder if this grotto didn't used to be used for otters, and that that might have been water up front. 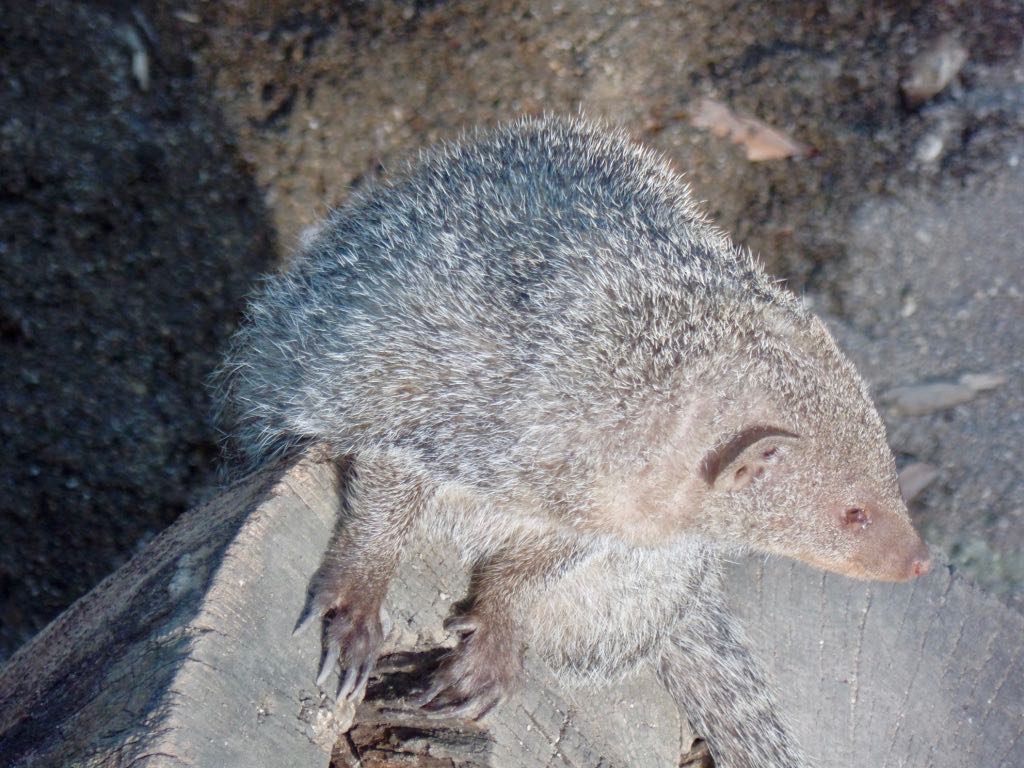 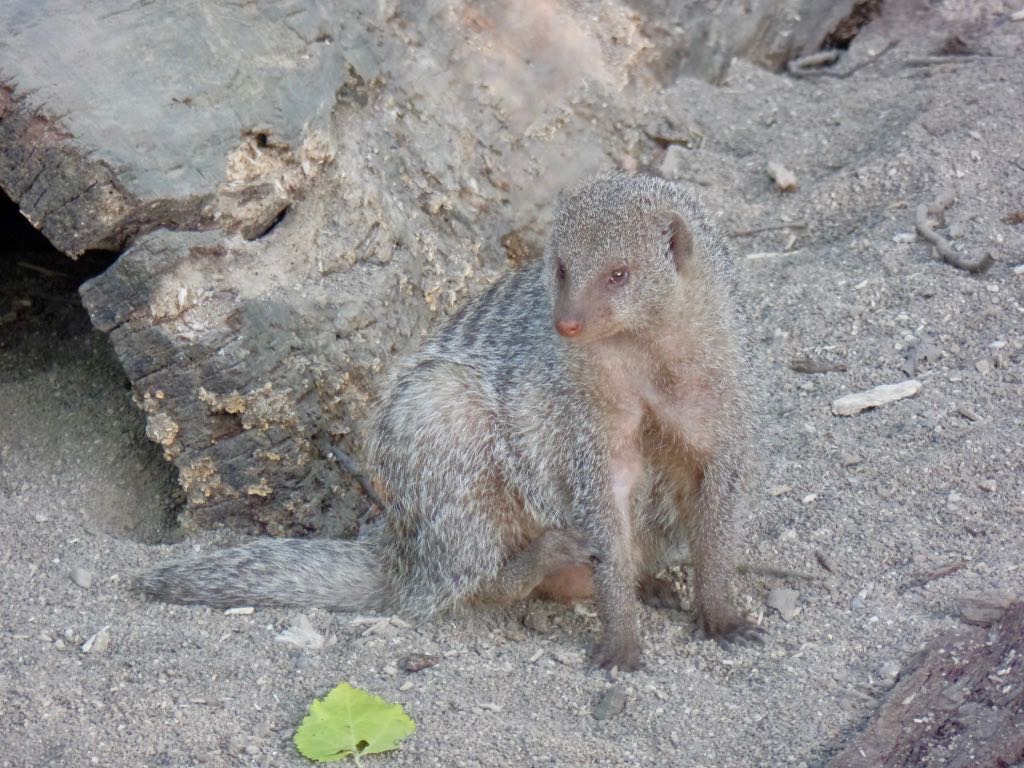 The mongooses have done a great job blending in with their surroundings! 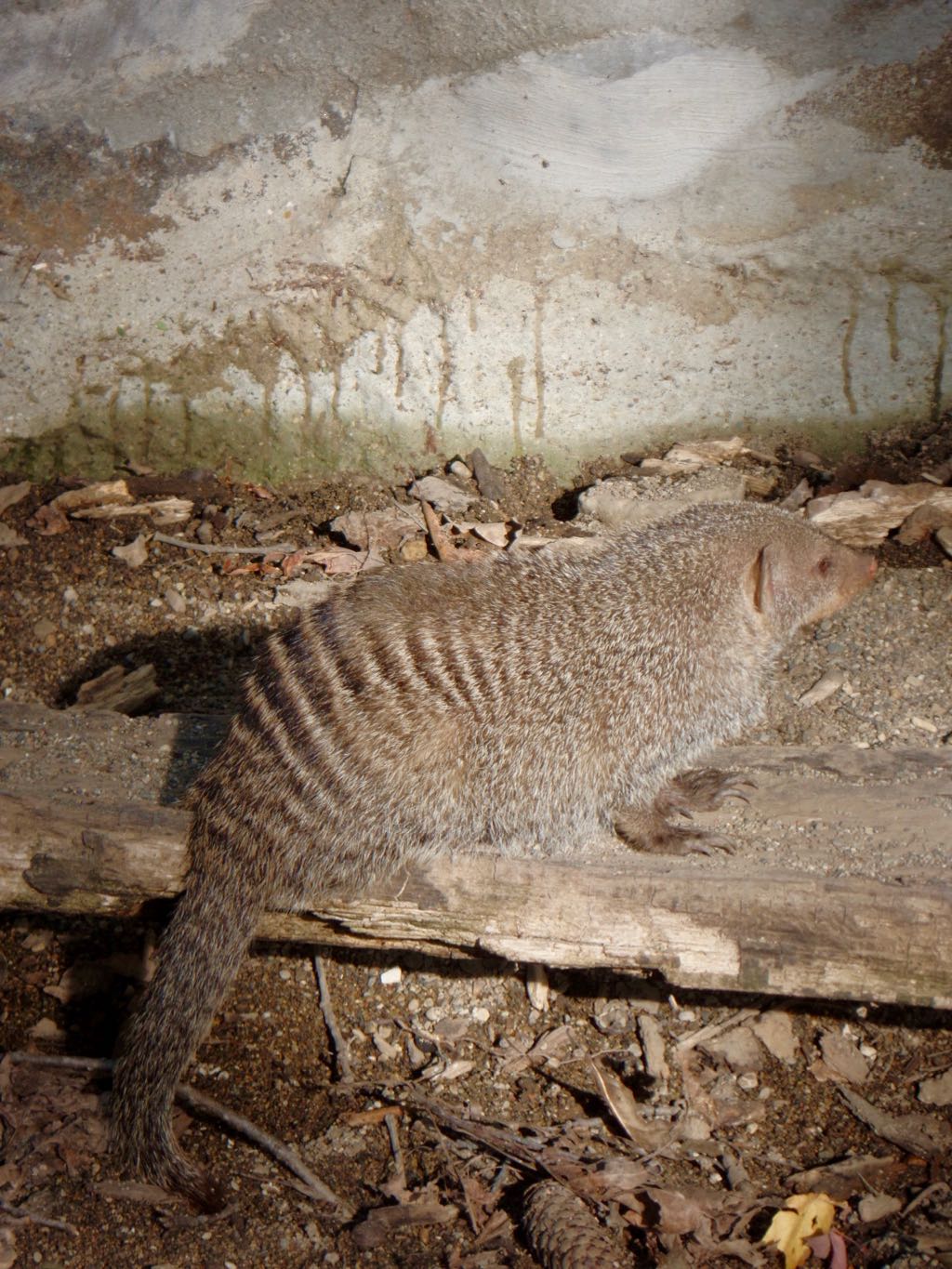 Mongoose pausing in a stroll by the back wall. 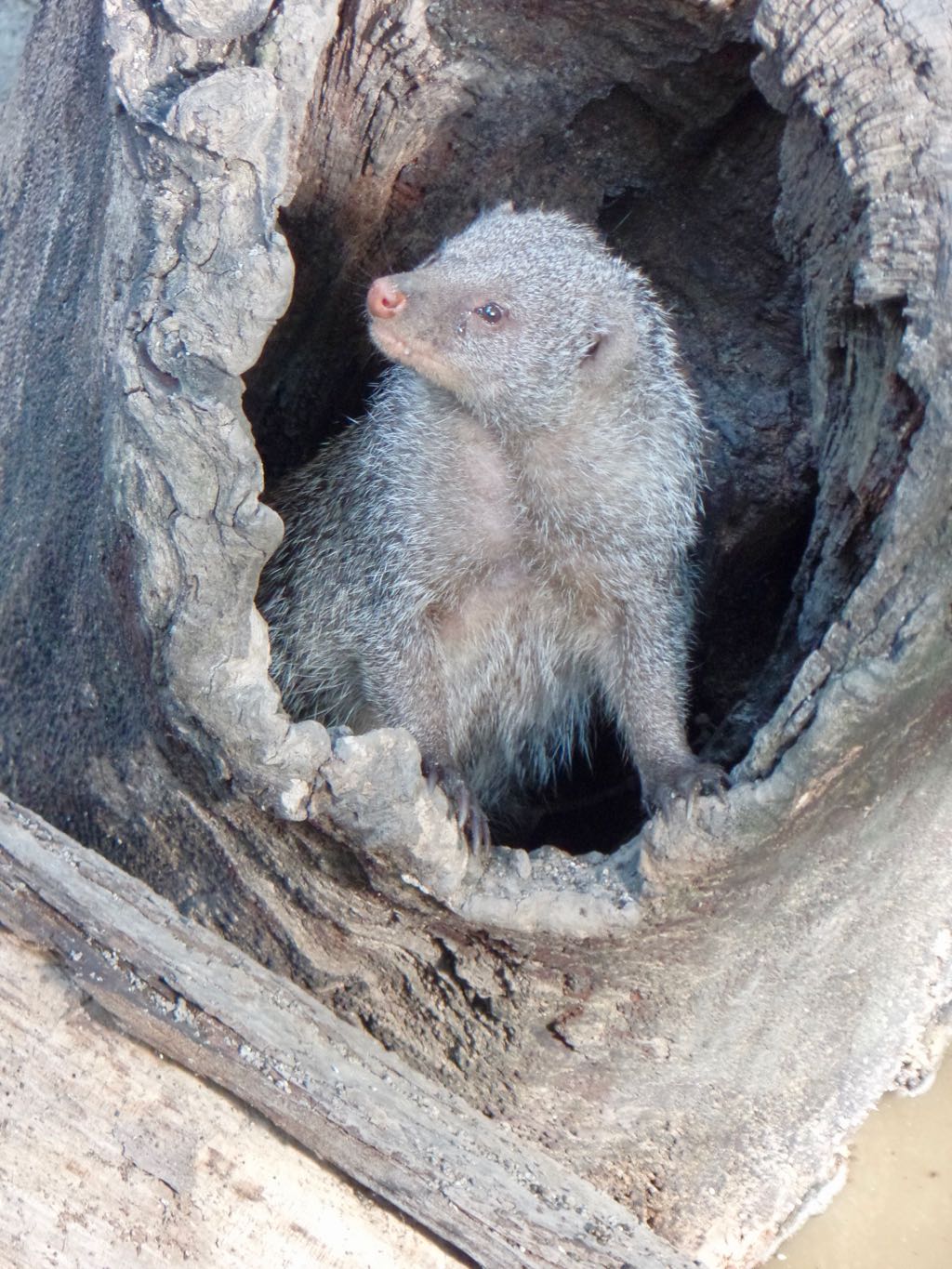 And here's one posing dramatically from a hollow log in a move that doesn't look at all like a puppet interrupting the main performers. 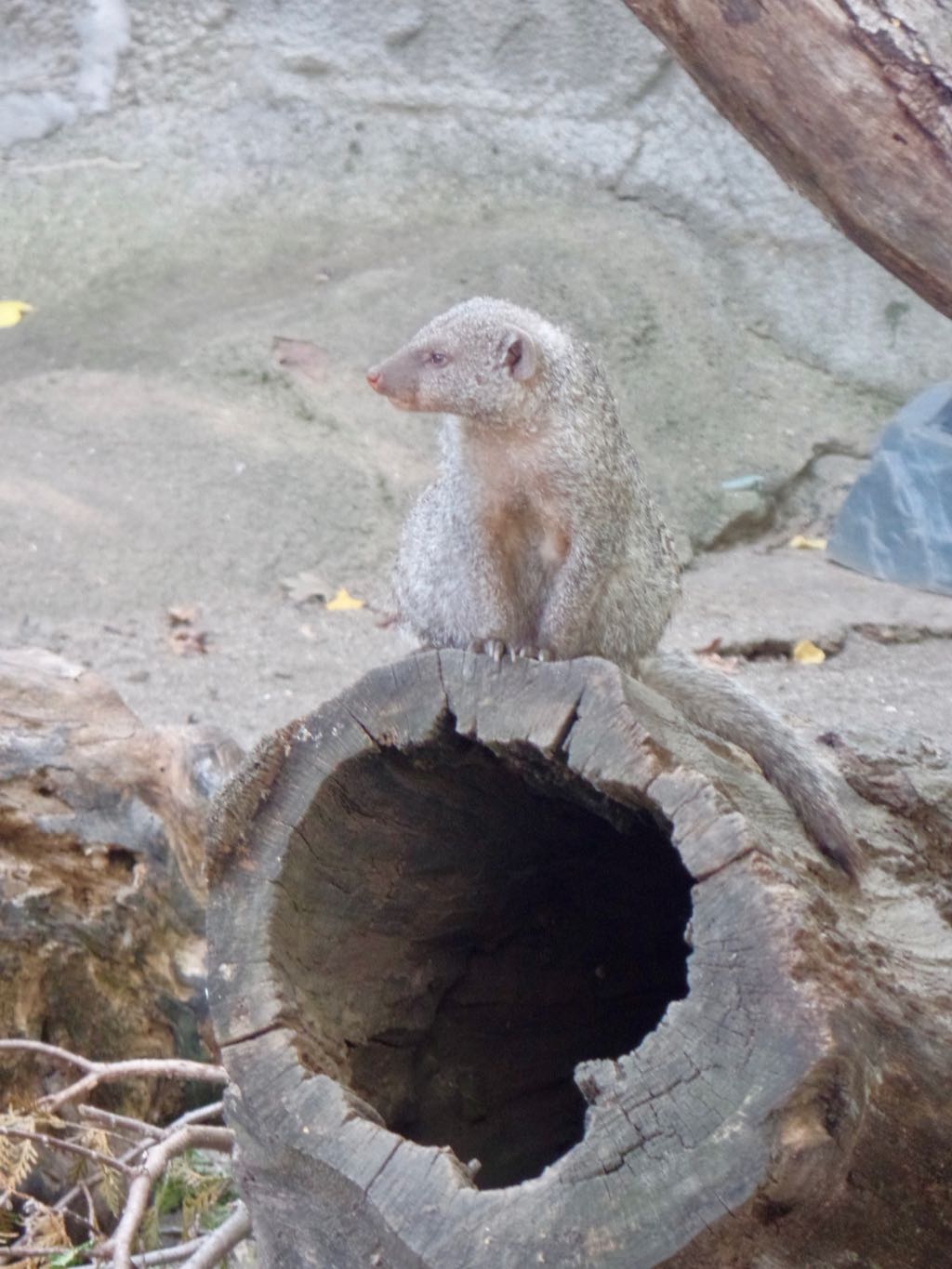 Mongoose telling you kids over there to knock it off. 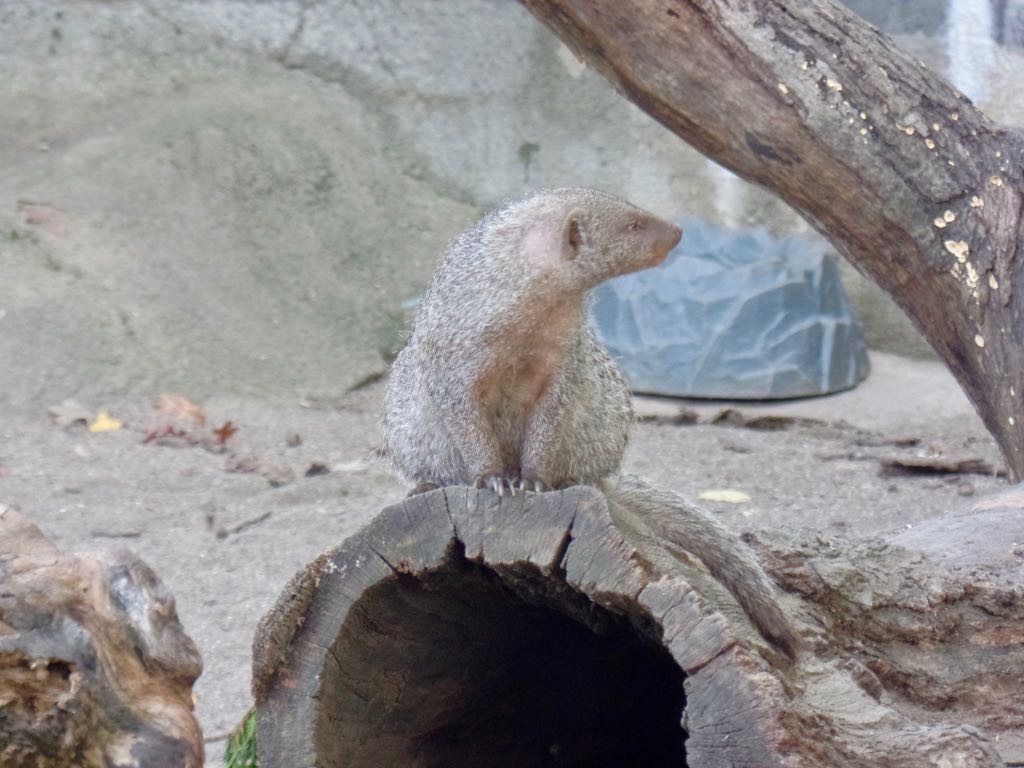 Don't think that doesn't mean you kids on the other side don't have to knock it off, too. 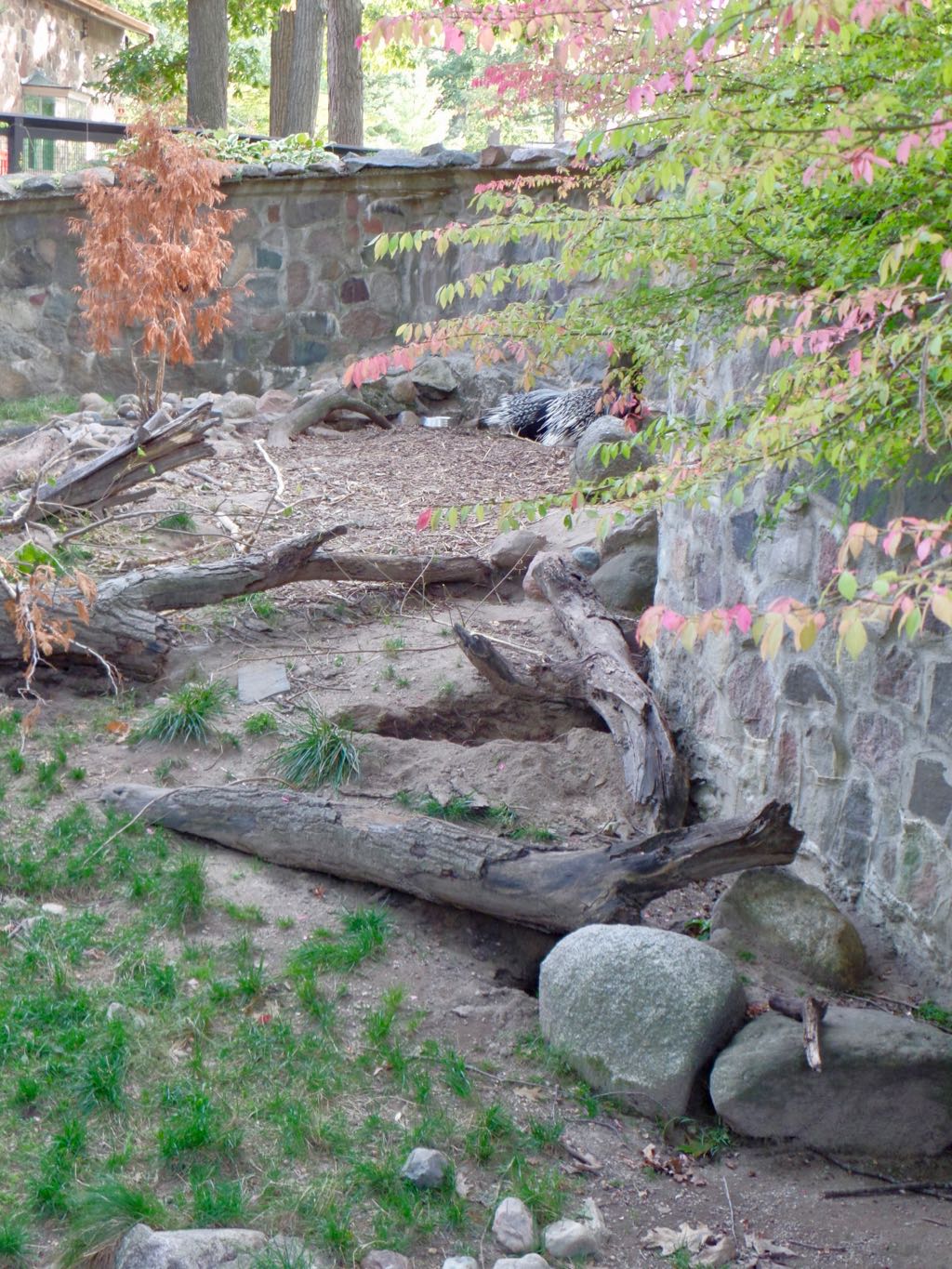 Another enclosure, this one with African porcupines inside. 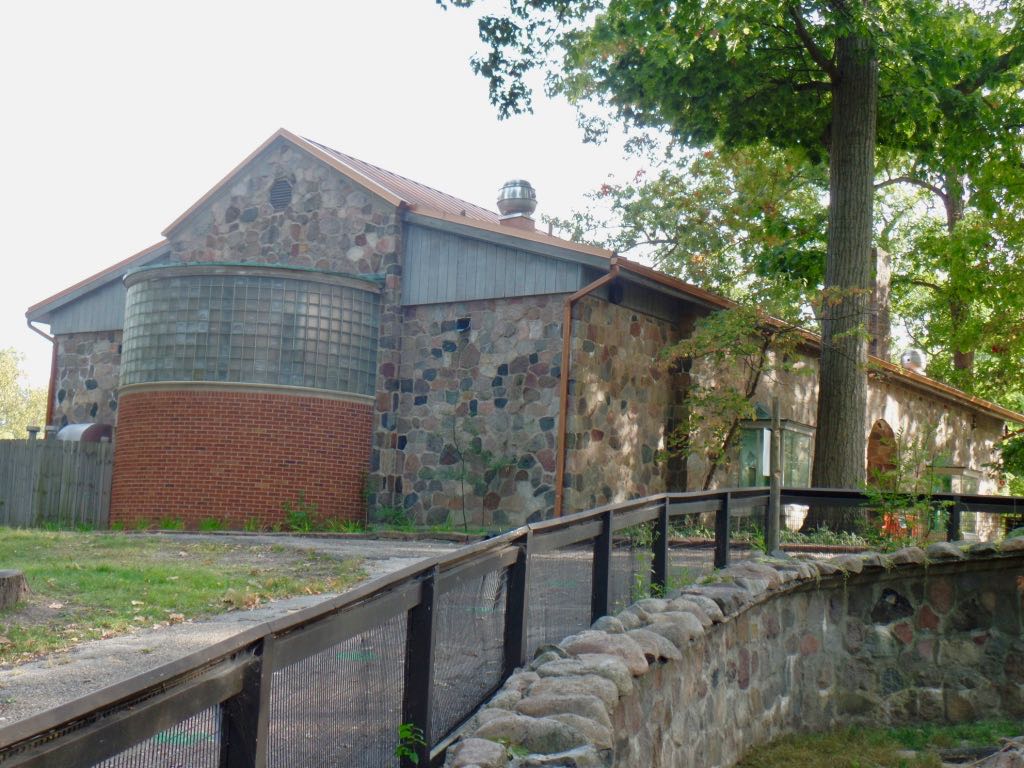 Next to these grottos is the reptile-and-bird house, which I'm used to seeing as an island of warmth when we visit for the Holiday Lights show around Christmas. It was closed to visitors, though.

Trivia: Among the reasons Walt Disney broke with United Artists in 1936 was United Artists's insistence on securing the television rights to Disney films. At the time there were about two thousand television receivers in the world. Source: Disney's Land: Walt Disney and the Invention of the Amusement Park That Changed the World, Richard Snow.