The existential threat is never going away

We spent Easter with

bunny_hugger's parents. Her parents are fully vaccinated, and

bunny_hugger had her first jab three weeks ago, so we figured this was a reasonably safe arrangement. More about all that in the next couple days. The quick important thing is that we brought Fezziwig with us, so he wouldn't go untended for a day and a half and so we could keep giving him painkillers.

And ... we both believe we see him regrowing fur, in the denuded area.

bunny_hugger's parents, particularly her mother, spent a fair time studying him too and didn't see him scratching obsessively. This is a very slight signal, of course, but it suggests that maybe at least his back is itching less and that problem is getting under control. I hope so since that's probably the most important factor in how comfortable he is, for now, and it is a great thing if he's feeling all right there.

Meanwhile, I have my first vaccination appointment and if all goes well in ... seven? ... weeks I should be as safe as possible. Now I'm really feeling that short-timer's syndrome. I just have to not screw up for two more months and I'll have escaped the worst of this. But, like, with Covid-19 completely out of control, in a development foreseeable only by people who know what the words ``highly'', ``communicable'', and ``disease'' mean, it feels like I'm at maximum personal risk in the last rush to safety.

Here's some more of what the neighborhood started looking like around Halloween last year. 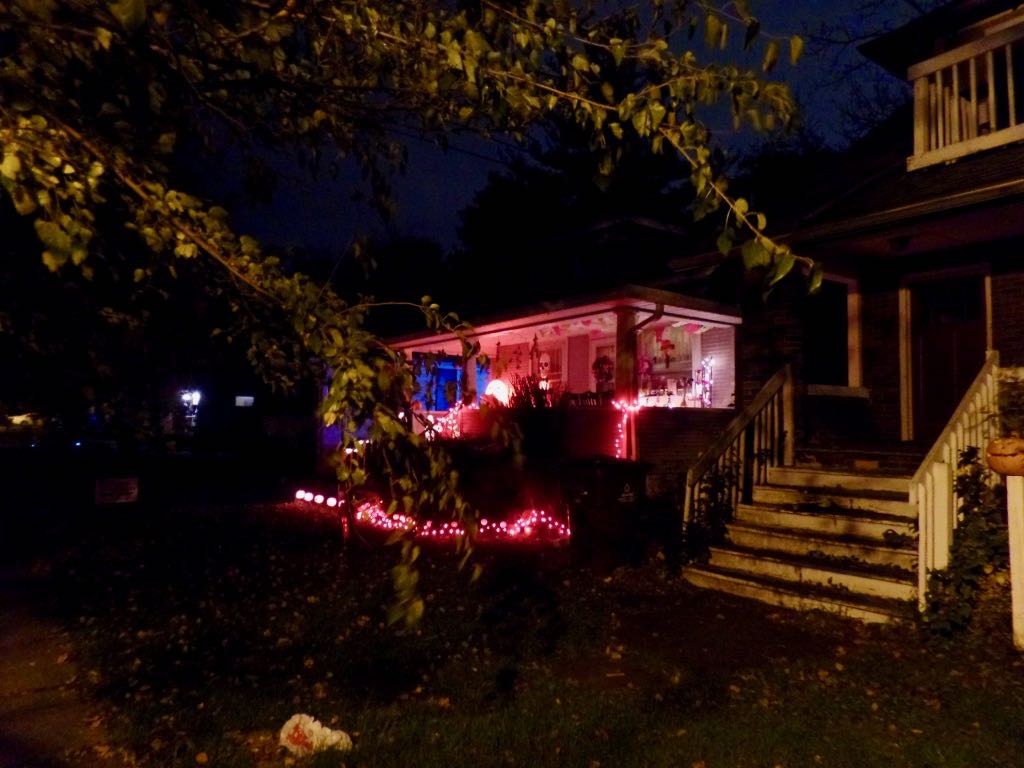 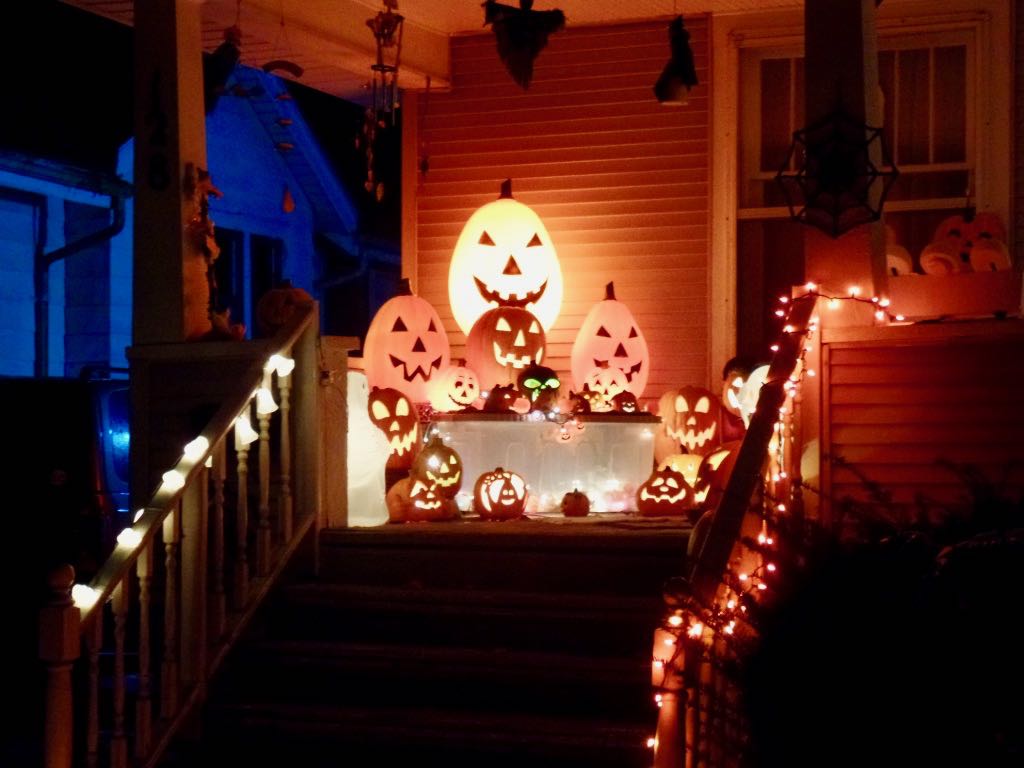 You can imagine, we had high hopes for what the place would look like for Christmas. 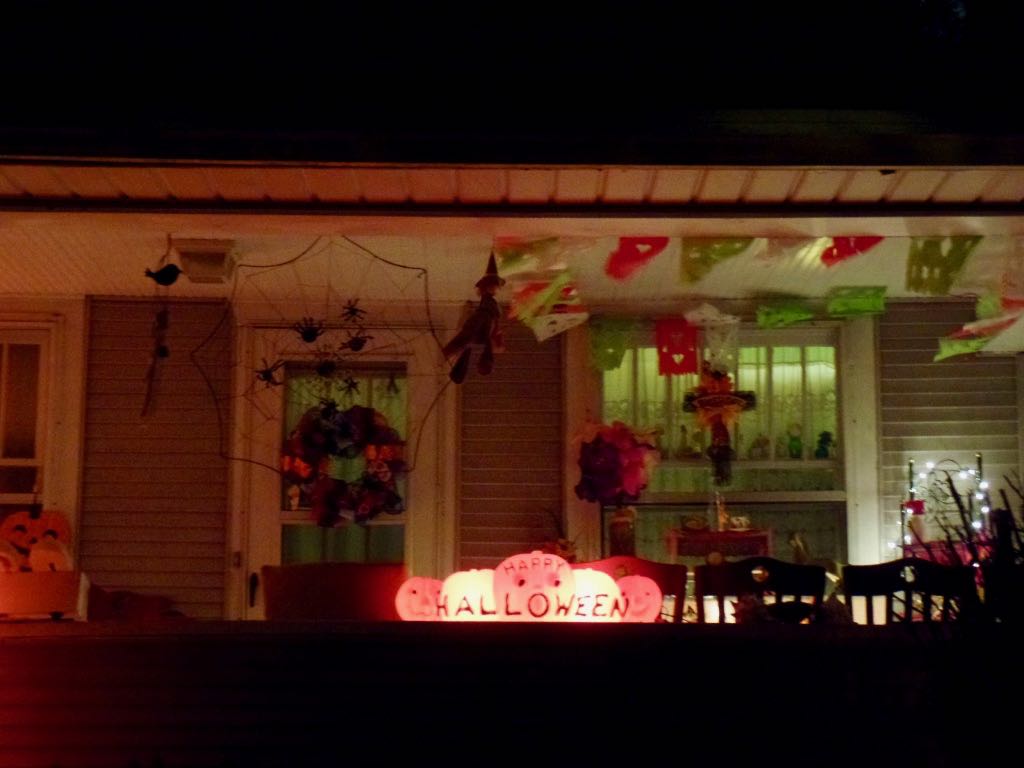 More of that same house. 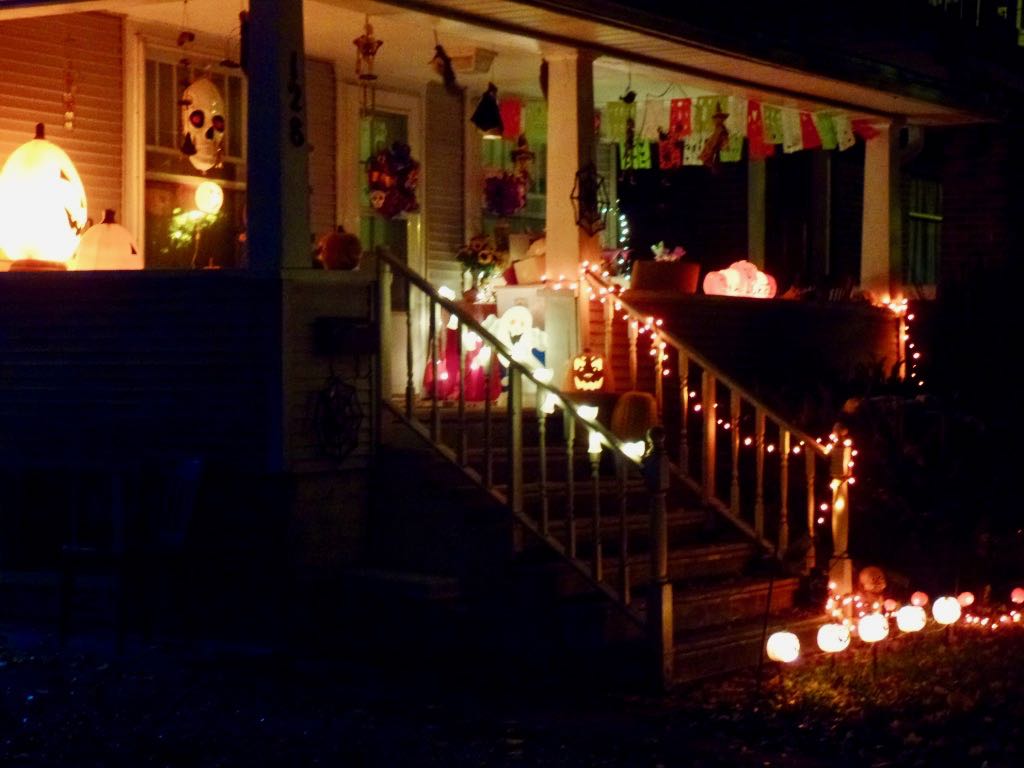 And a last look at the house. I think this is the one

bunny_hugger sent a card thanking them for brightening the neighborhood so. 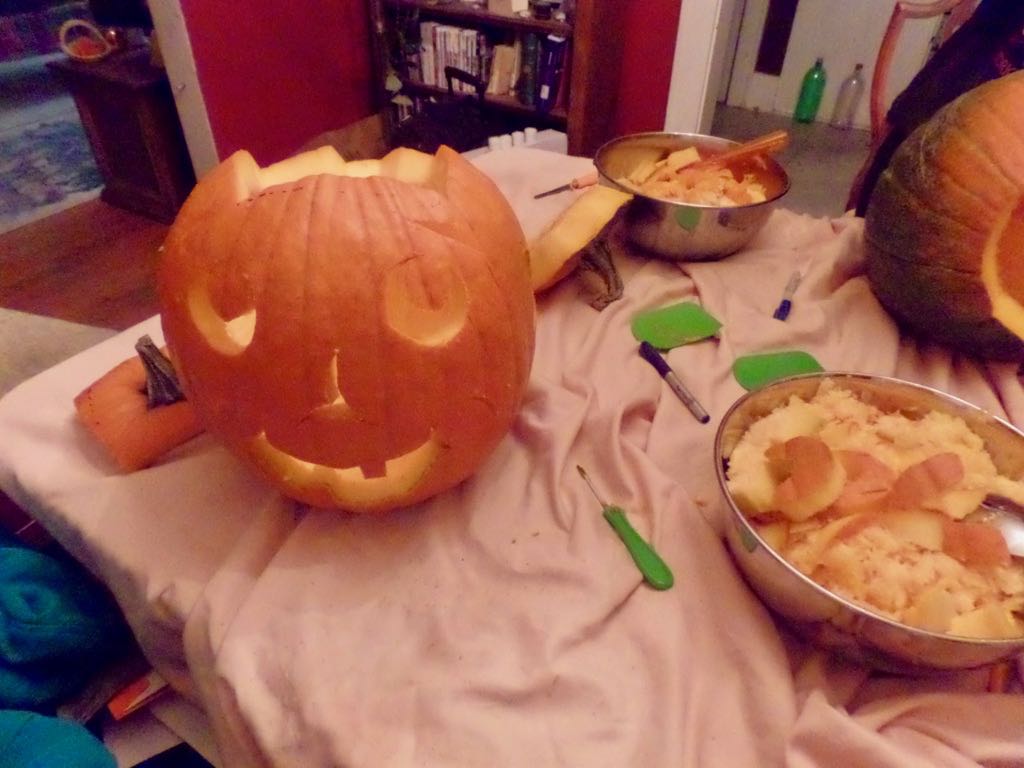 We couldn't gather with

bunny_hugger's parents for pumpkin-carving, so we did it on our own, making a mess on our own table for a change. 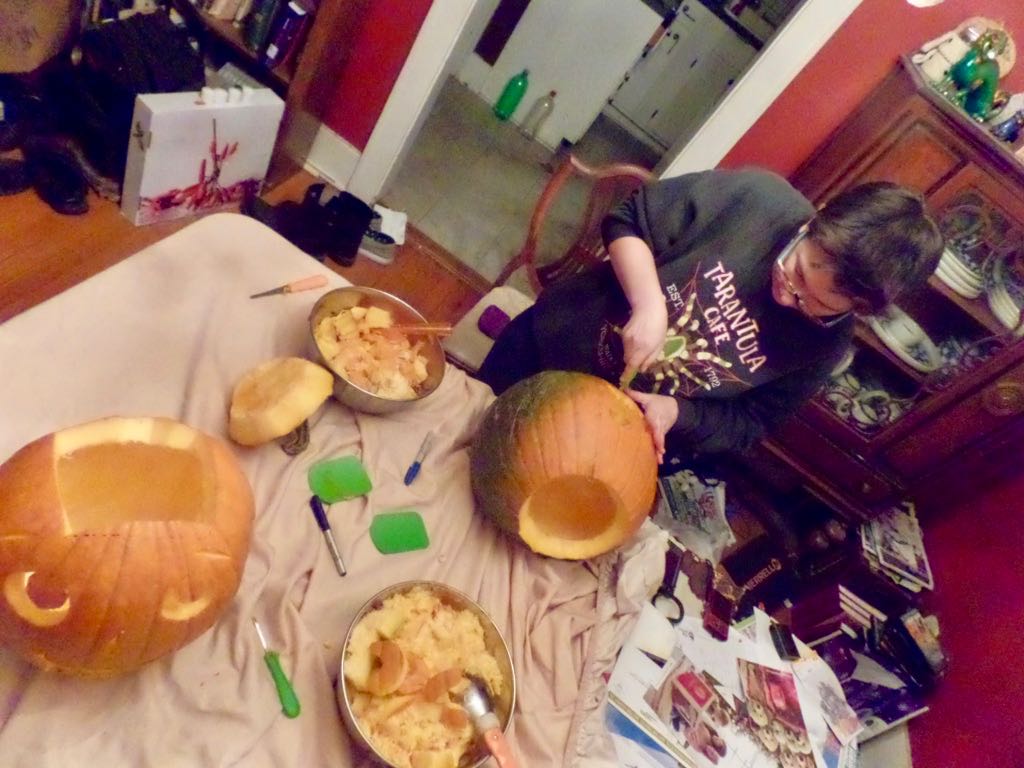 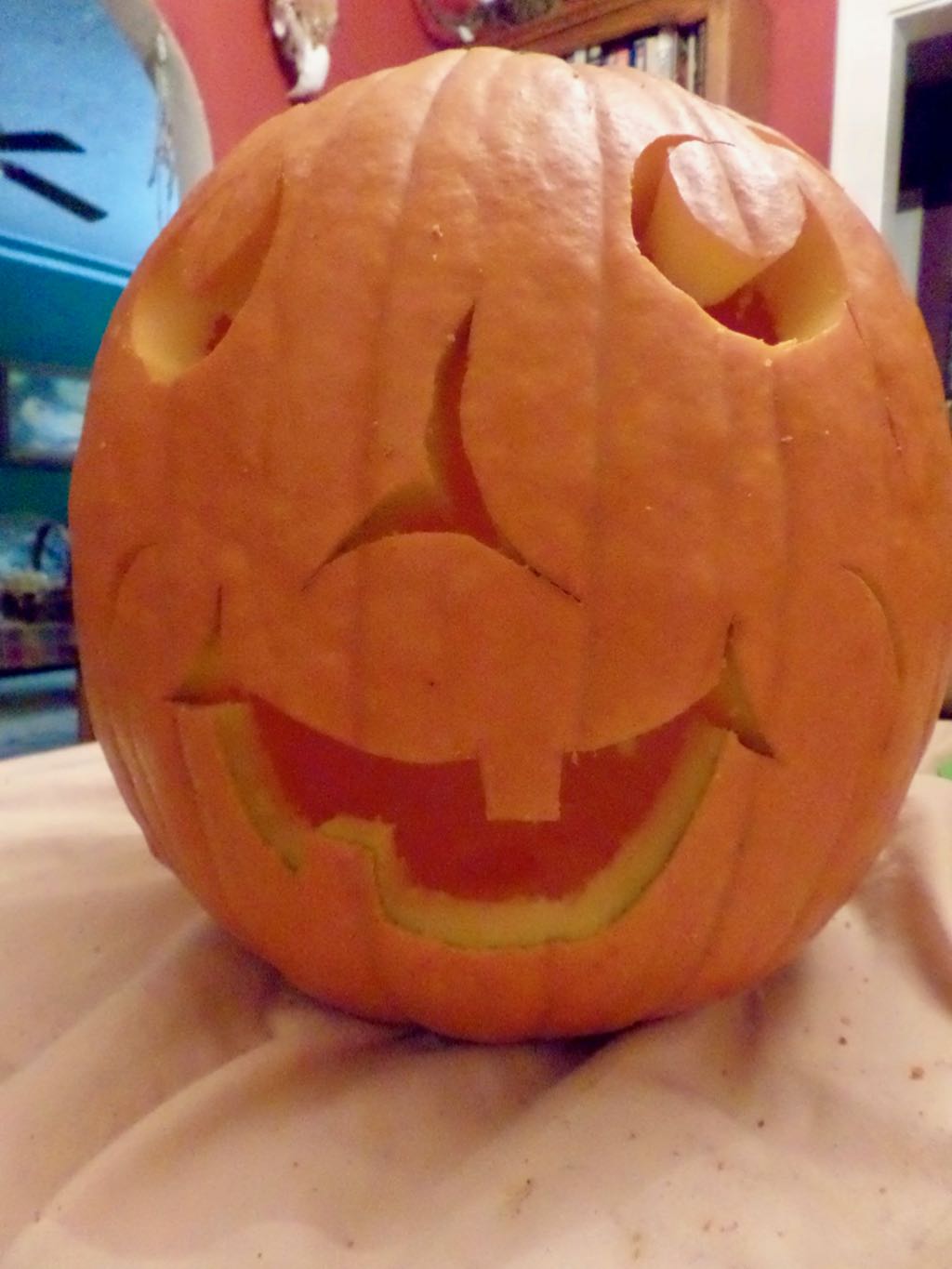 I chose to make a cheery, friendly jack-o-lantern because 2020, you know? So that's why this has the Harvey Comics Character nose and all. 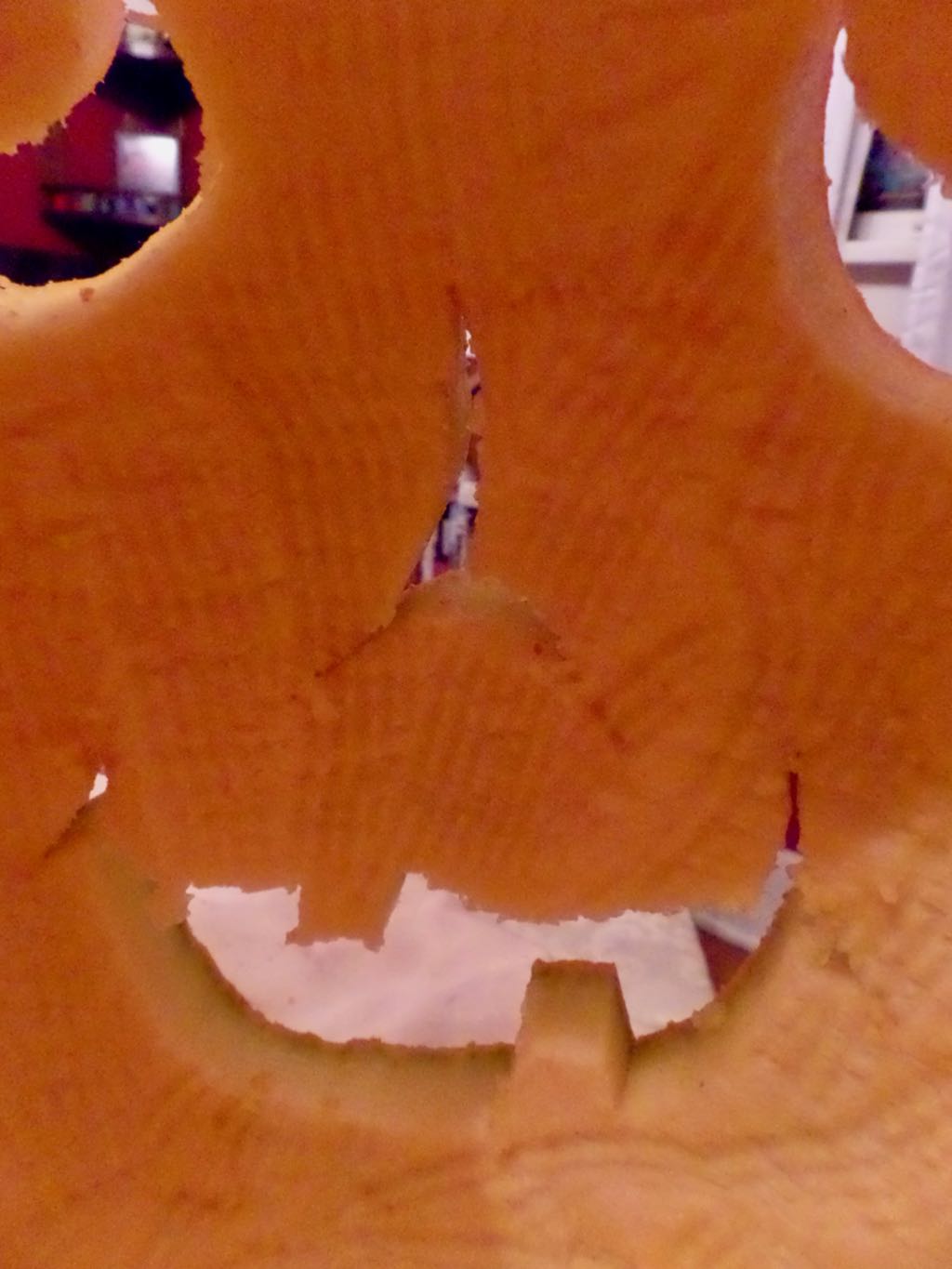 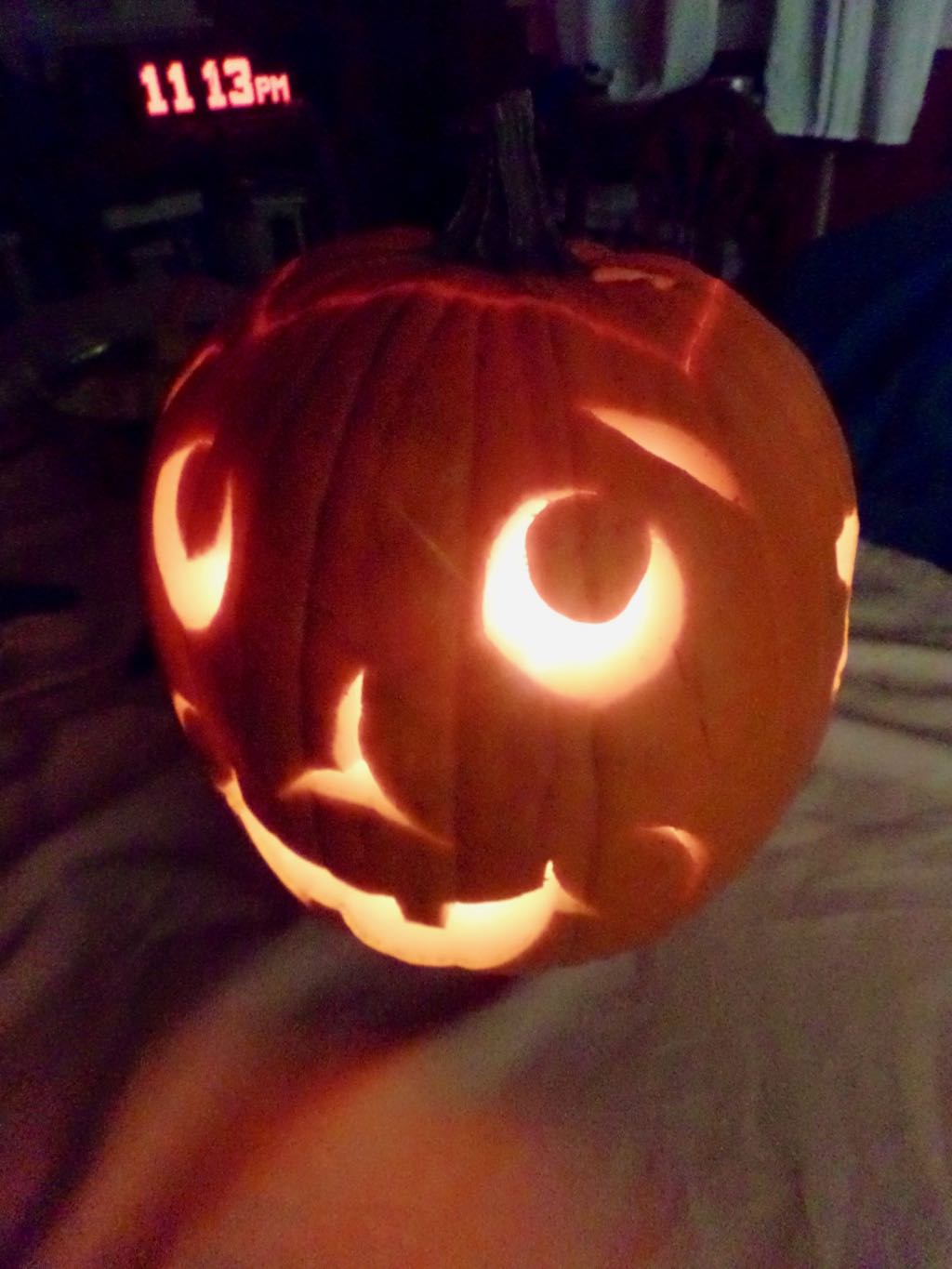 And here it's lit up. I always put little eyebrows and dimples and such that never work as well as I think they're going to. 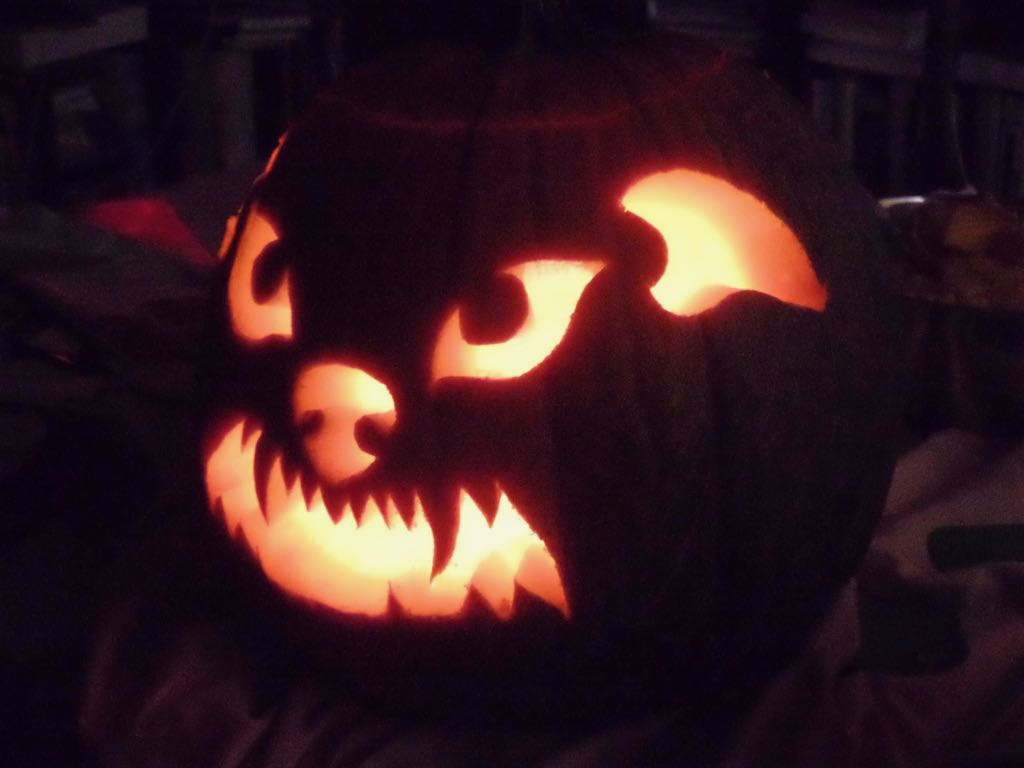 bunny_hugger's jack-o-lantern, a more traditionally frightening one based on a bat.

Currently Reading: Thurber: A Biography, Burton Bernstein. OK so at a speakeasy James Thurber got in a fight with Dashiell Hammett (over Lillian Hellman's honor) that was so bad that the speakeasy's owner called the cops on him? Bernstein admits that a lot of legends gathered around Thurber's drinking but presents this as just something I think we're supposed to trust? (By the way I don't feel quite happy with Bernstein putting in a footnote how there's just something about Lillian Hellman that encouraged people to throw whiskey in her face, the way Thurber allegedly did. It may be true but it feels unpleasant to have pointed out.)

PS: A quick reading recommendation, for that physics book I was reading last week. Finally got around to posting it on my mathematics blog.