I said what are these?

Couple weeks ago Sparrow Hospital, one of the two big hospital chains squatting on Lansing, opened up appointments for people in my category, Class XVIII, adults with absolutely no known underlying conditions. I signed up for the first slot I could get, this Saturday at 1:45 in the former Sears that Sparrow's set up as a Covid testing and vaccination center.

Tuesday morning Meijer's left a message that they had appointments available at the South Lansing store for Wednesday. Was it worth trying for a shot three days earlier? I asked the question and then realized yes, of course it was. But by the time I called back they were full up for Wednesday. They had Thursday appointments, though, and two days earlier is still two days better. Made an appointment for 12:25.

The one caution: as best

bunny_hugger could tell Meijer's was giving out the single-shot Johnson and Johnson vaccine. Which is vastly better than waiting nervously, of course, but I'd prefer the higher-efficacy two-shot vaccines. (We were both shocked to learn of someone who cancelled an appointment for a two-shot vaccine when a single-shot came up. Like, I understand being afraid of the needle, but so afraid over a matter this important?)

I got to the South Lansing Meijer's and at the door someone asked if I was there for the vaccination. They were asking everyone, although I suspected they might have guessed the printout of my appointment time was what prompted the asking. They set up a queue wandering through some of the kitchenware section, and though it was long it was moving well. I entered the store about ten minutes ahead of my appointment and was at the check-in desk just at 12:25. Another clipboard, for me to record my address and doctor's name and boring medical history (no known allergies, no medications I'm on, no recent vaccinations, no surgeries, no nothing) and join the queue wandering through the seasonal items. So, ah, if you need a barbecue grill scrubber? This isn't a good week for that.

So, I got to the station and the nurse asked how my day was going, and I realized I had to say this was a great day. Not sure the nurse took my meaning, but that's all right. The jab was fast and painless, I got a fresh appointment for 12:25 three weeks from then, and went to sit out my fifteen minutes. This on a set of folding chairs that Meijer set a coupon booklet titled 'Redefine Wellness' or something like that on. Many people abandoned the booklets from their chairs, forcing the employee sanitizing chairs to have to collect and discard them. It's a strange reaction to me, since, like, it's four pages of health-related coupons. Would you say you definitely aren't going to need a bottle of Tylenol before the end of the year, and wouldn't rather have that for one less dollars of money?

I have been nervous about shopping given that the pandemic is completely out of control and the governor has apparently given up on even trying to contain it. Like, to the point that I did not go with

bunny_hugger to Horrock's for vegetables this week. But since I was already at Meijer's and had accepted the risk of spending about forty minutes there for everything related to vaccination, I figured to take the chance for the rest of our grocery shopping. So I hope we're stocked now with enough of the basics for a couple weeks. My guess is after two weeks I'll be reasonably safe to drop in on stores again. I did get a fountain drink from the Meijer's freestyle Coke machine, a Mello Yello Zero limeaid/citrus blast that was wonderfully, intensely tart, as happy treat.

My arm did start feeling a bit sore by evening, and moreso in the morning. The kind of soreness from a good punch, or from sleeping on it wrong, that sort of thing. I wasn't sure in the morning if I was actually sore or if I'm just 48 years old. Did decide I wasn't going to do anything productive today, and if you don't count my blog-writing, I kept to that. Don't tell work.

Now on to the pictures! So here's stuff from early November, including my walking down to the Capitol the Saturday after the election. 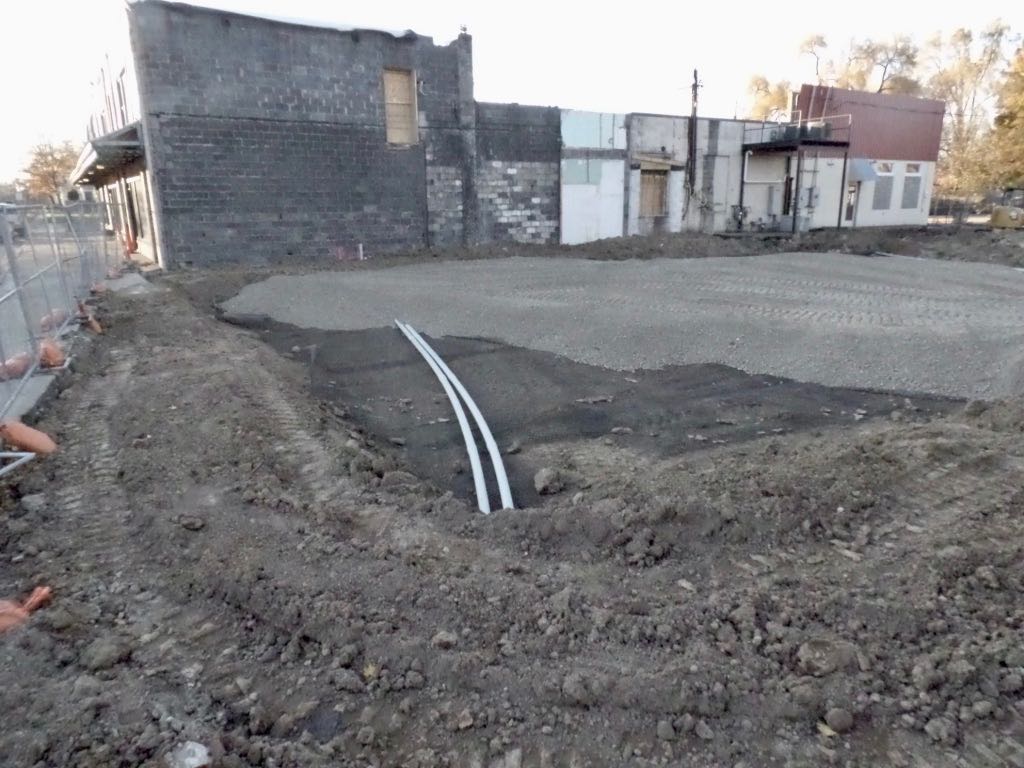 Walking past the former and future neighborhood center. Here they've demolished the building that used to have that nice corner-facing entrance, but you can still see the old doors and access to the now vanished sections. 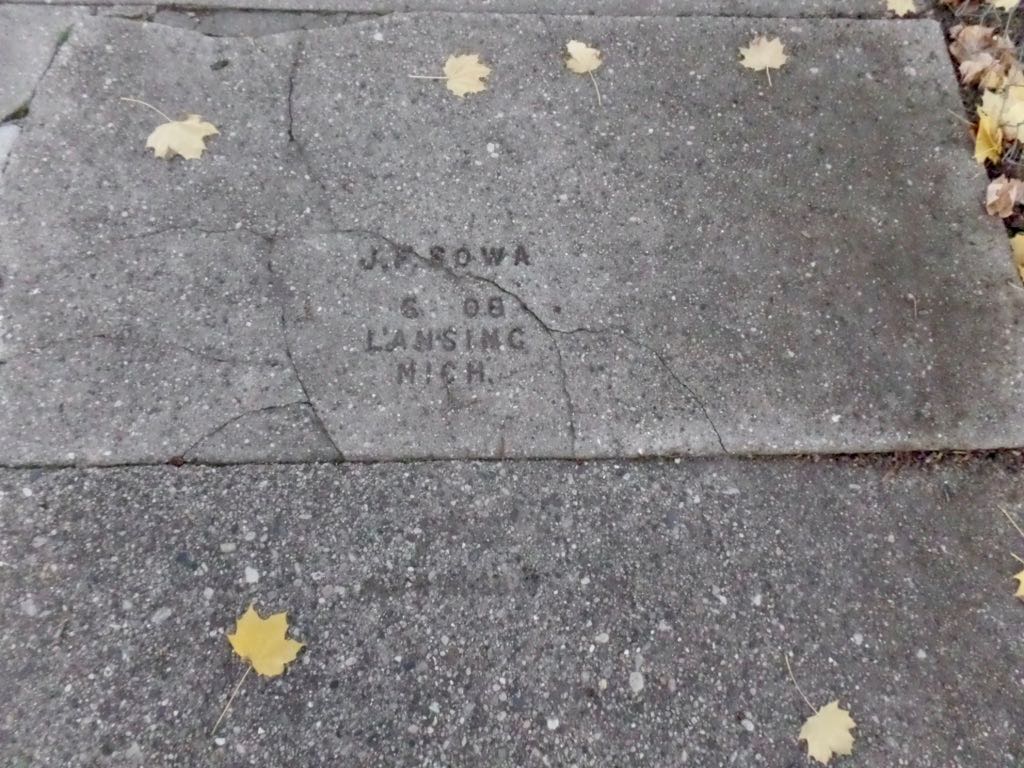 A sidewalk block laid down in June of 1908, by J F Sowa's construction company. This nearly 113-year-old block of sidewalk is not the oldest in convenient walking distance of our house. You can learn a bit more about Sowa at 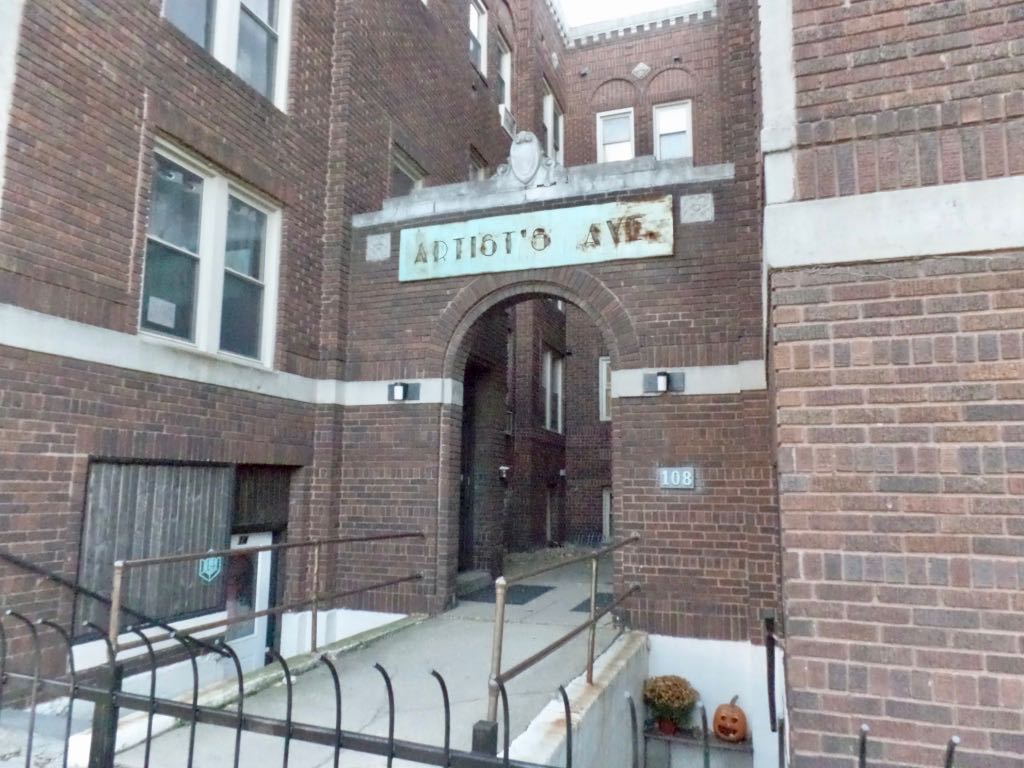 The Artist's Ave apartment building, one of those things I didn't even know existed before the pandemic got me walking around town. Note that they're still decorated for Halloween. 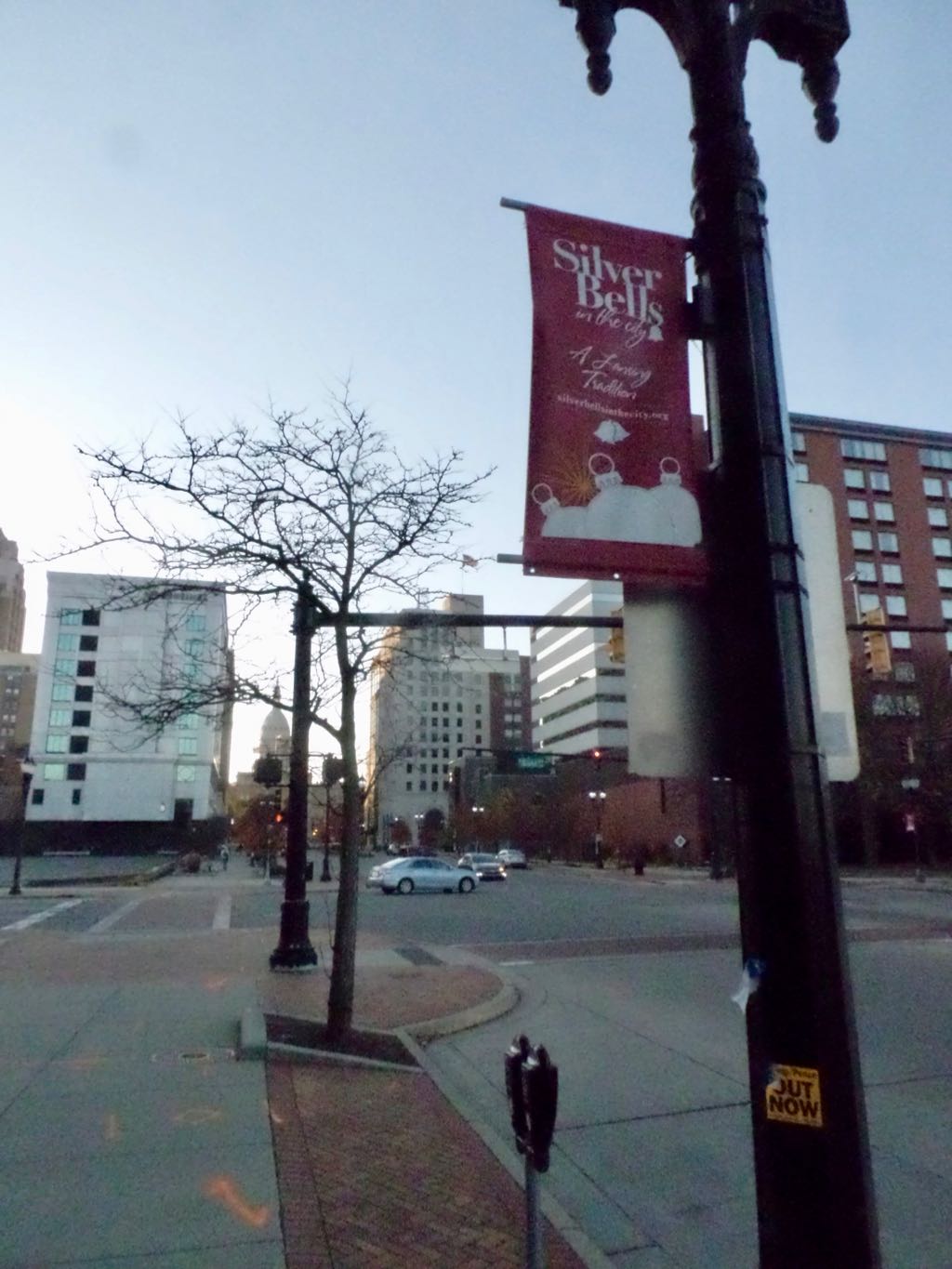 Though the city would, sanely, not have a Silver Bells parade, it did decorate for the event. 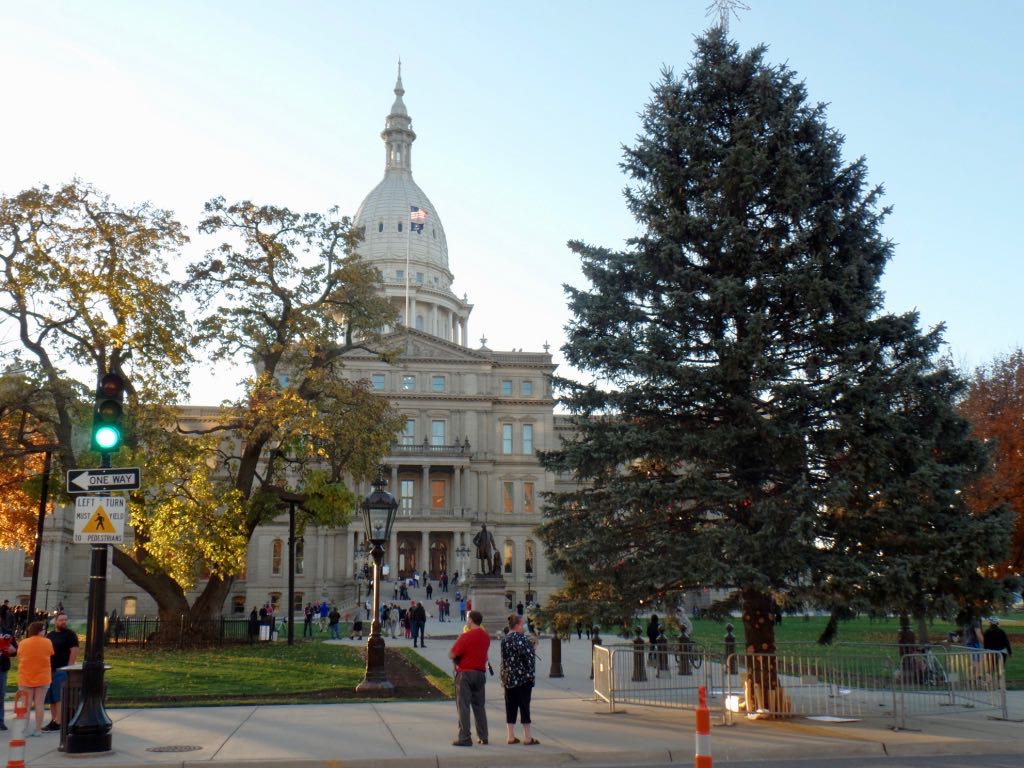 The State Tree, set outside the capital. Also a gathering of Covid-45 supporters who just could not believe that he lost and America won the 2020 election. 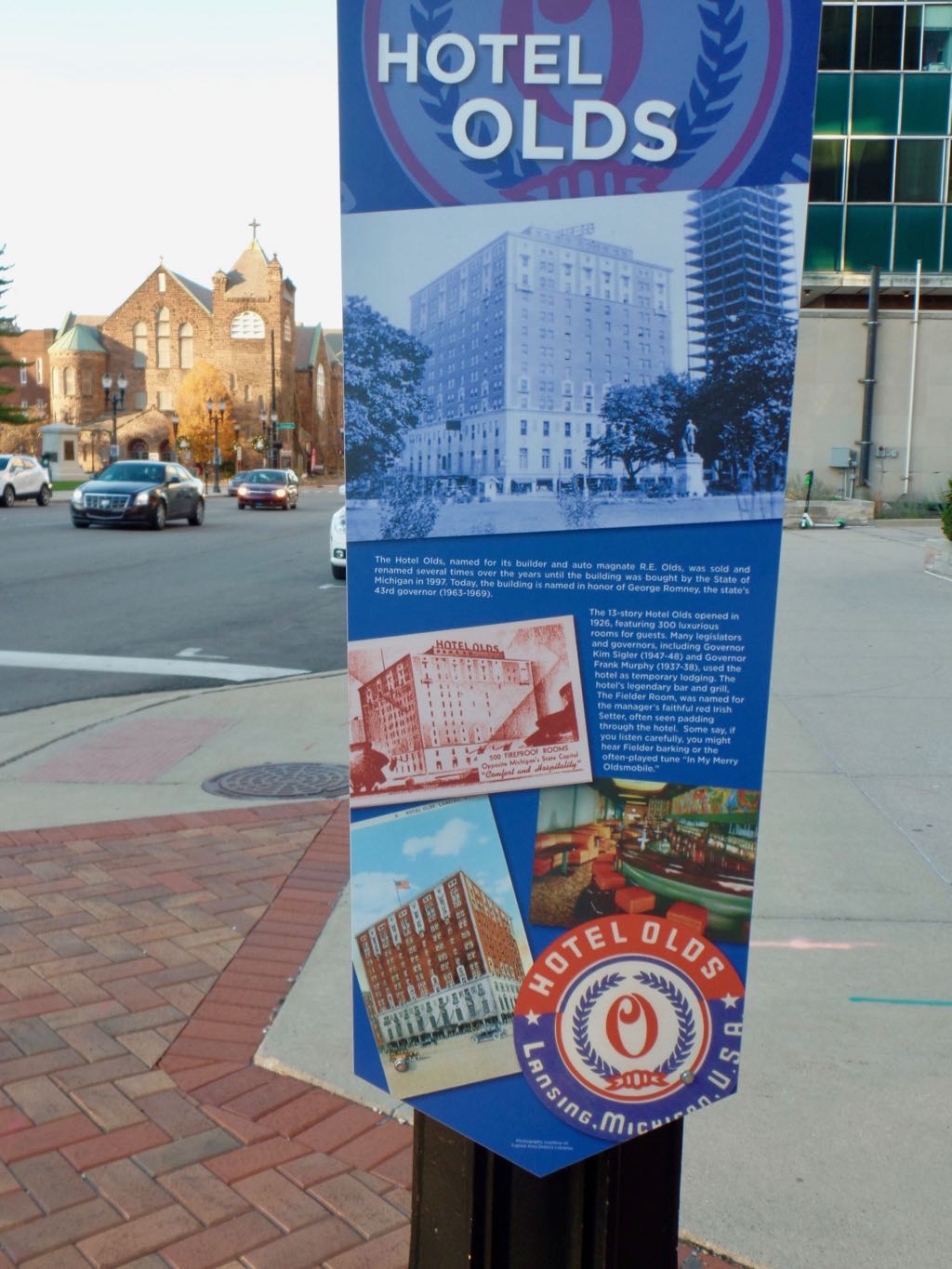 New around town: historical banners. This one's for the Hotel Olds, built in 1926, which in the 1960s would be taken over by the Jack Tar hotel chain. It's now the (Not That) Romney State Office Building. 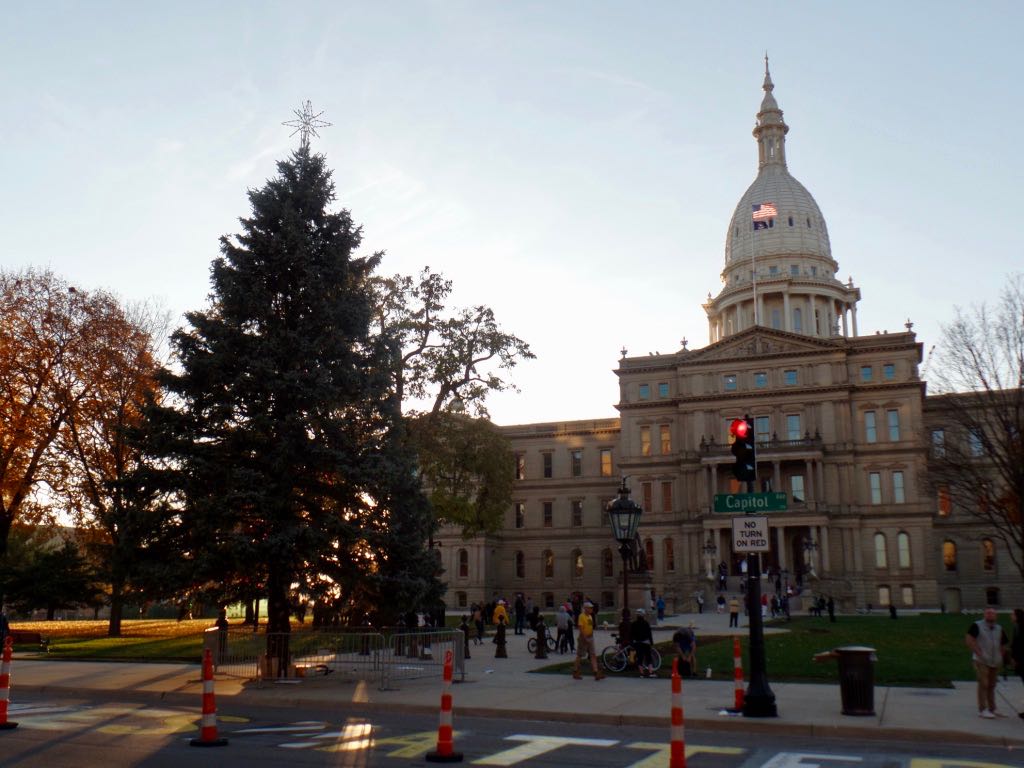 Sunset view of the State Tree and the capitol and all. 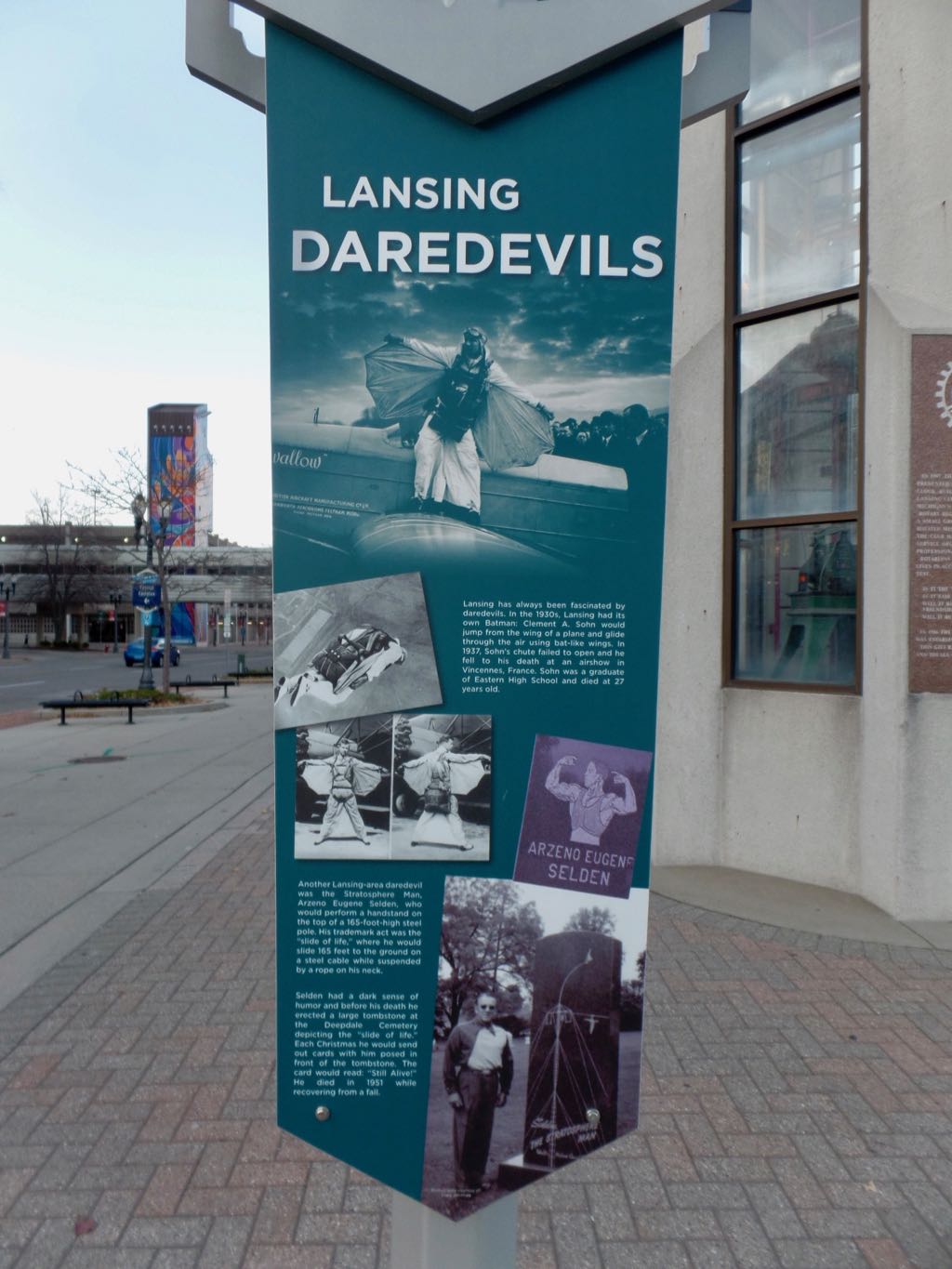 Historical marker for stuntmen, including Clement A Sohn, who'd dive from planes using bat-like wings and Arzeno Eugene Selden, who'd do a handstand at the top of a 165-foot-tall steel pole. 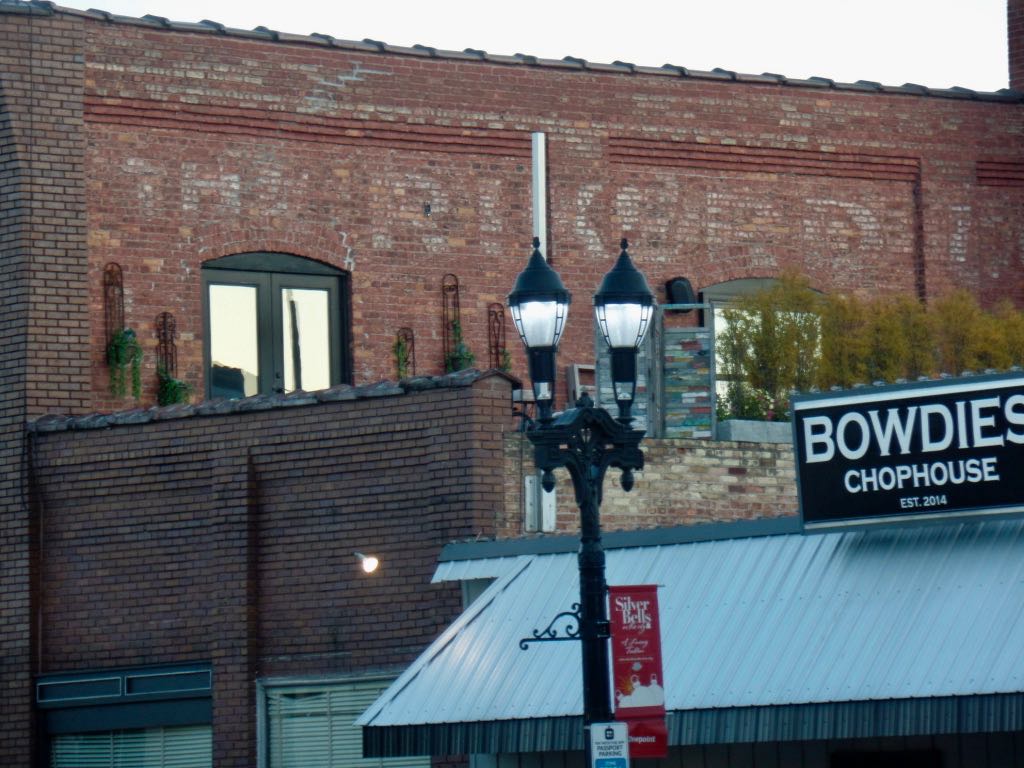 Ghost sign for ... I can't make it out ... in one of the brick buildings downtown, near 300 East Michigan Avenue. The building is a gallery today.

Trivia: An act passed in 1536 by Henry VIII made it treason for persons of royal English blood to marry without the sovereign's consent. Source: The Life of Elizabeth I, Alison Weir.