He said that they'll cure

No interesting or fun side-effects like alligator transformation or turning into a puddle of goo or anything yet. Sorry to report. I'll let you know if that changes.

Later in November I walked all the way to East Lansing, paying a return visit to one particular place. You'll see photos of that today and tomorrow, all going well. 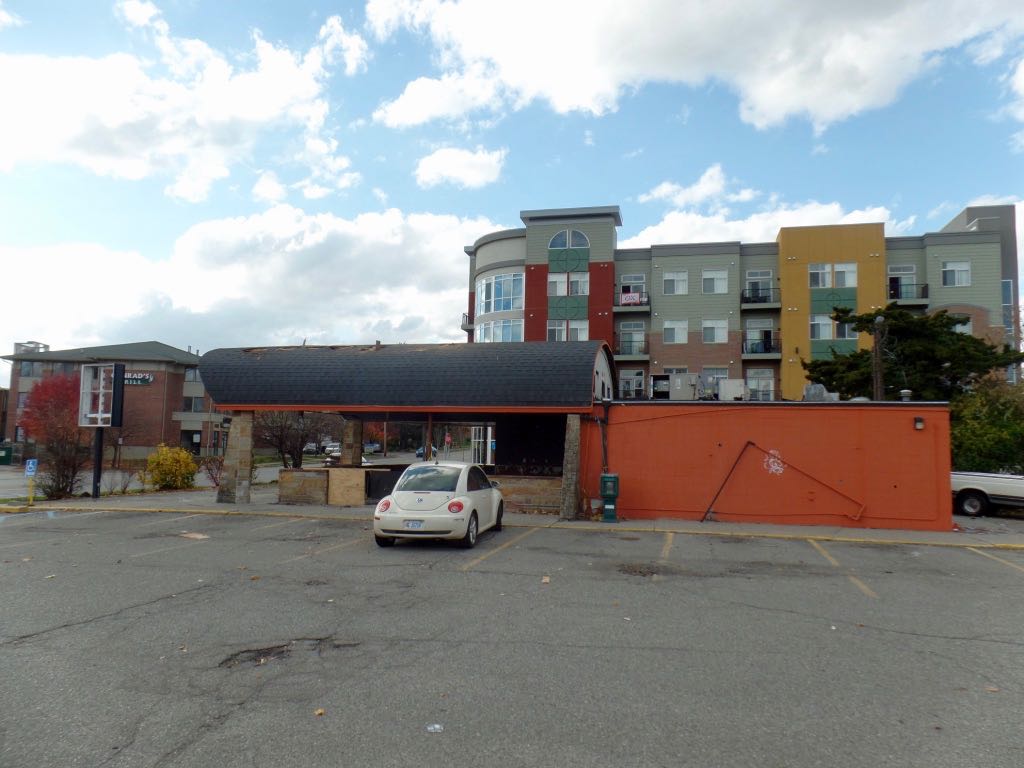 The parking lot of the former Biggby #1, and obviously long before that, an Arby's in East Lansing. That's not my car in the parking lot there. I don't know whose it was. After I'd been photographing a while --- without going into the actual building --- someone came up and asked if I needed anything and maybe it was him, but then, where was he for the half-hour or so I spent circling the property? 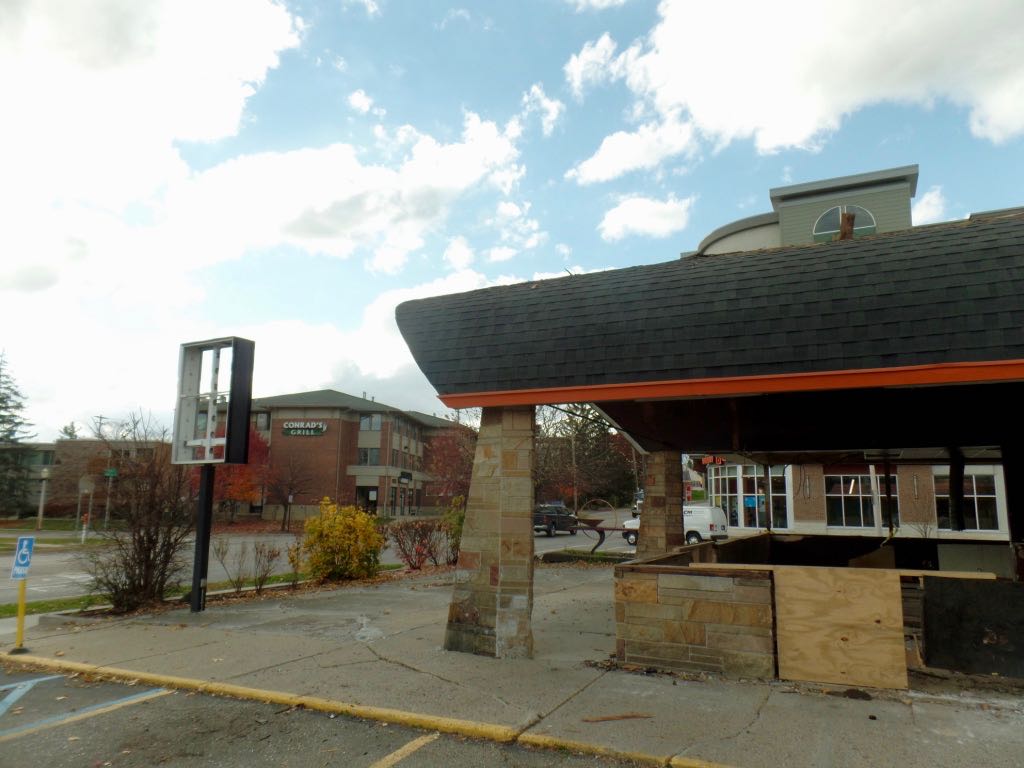 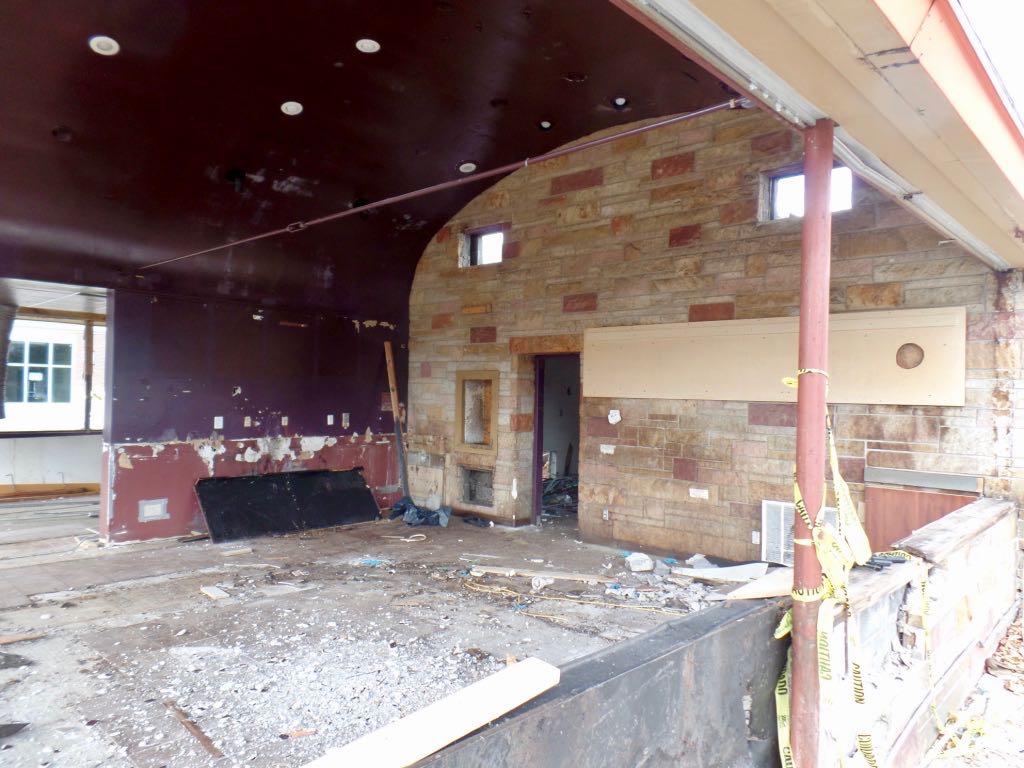 What's left of the front room, with the fieldstone wall and everything. 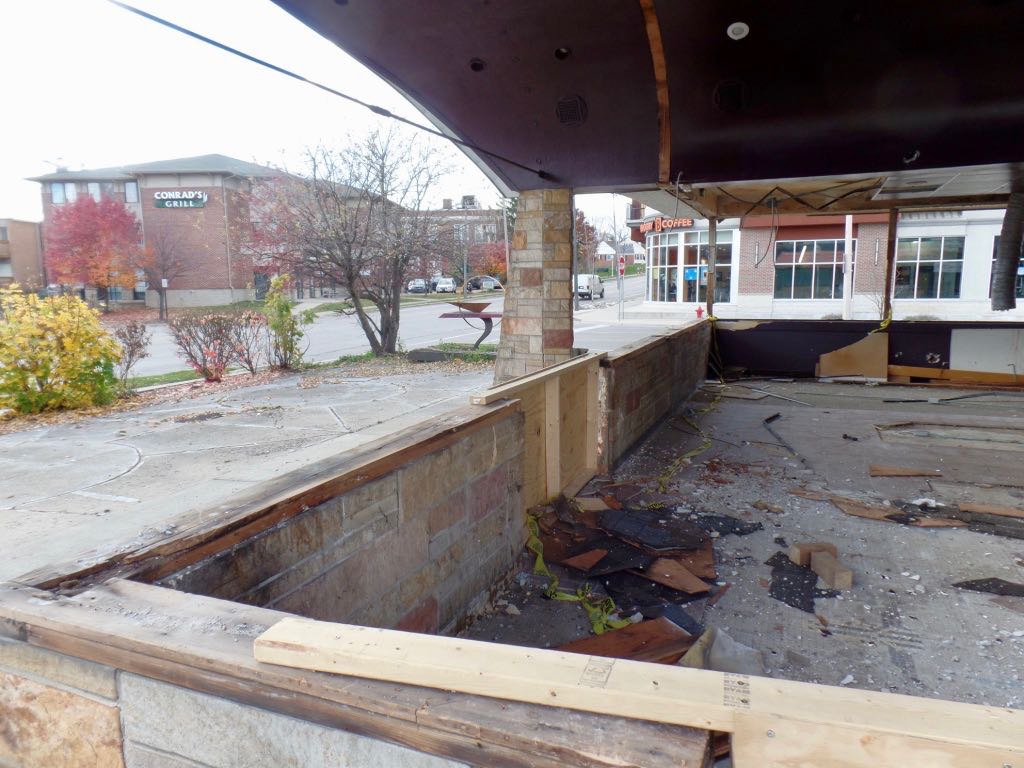 Looking ``out'' and through the front window. 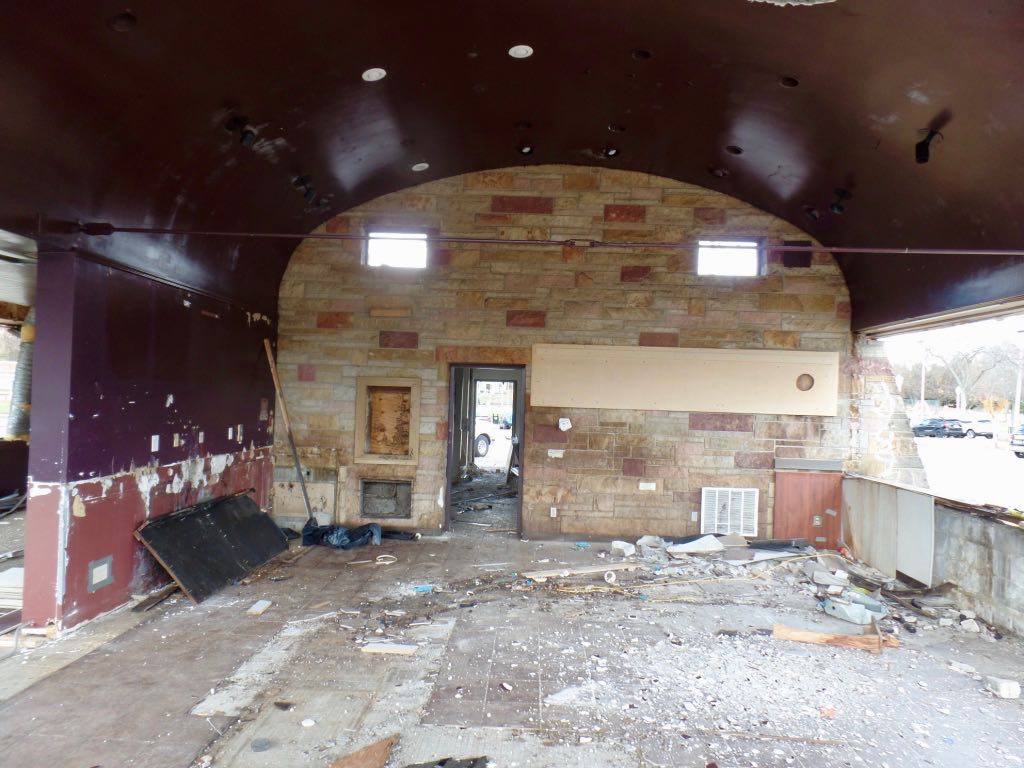 You'd hardly know it ever had a Trivia Question of the Day blackboard there, would you? 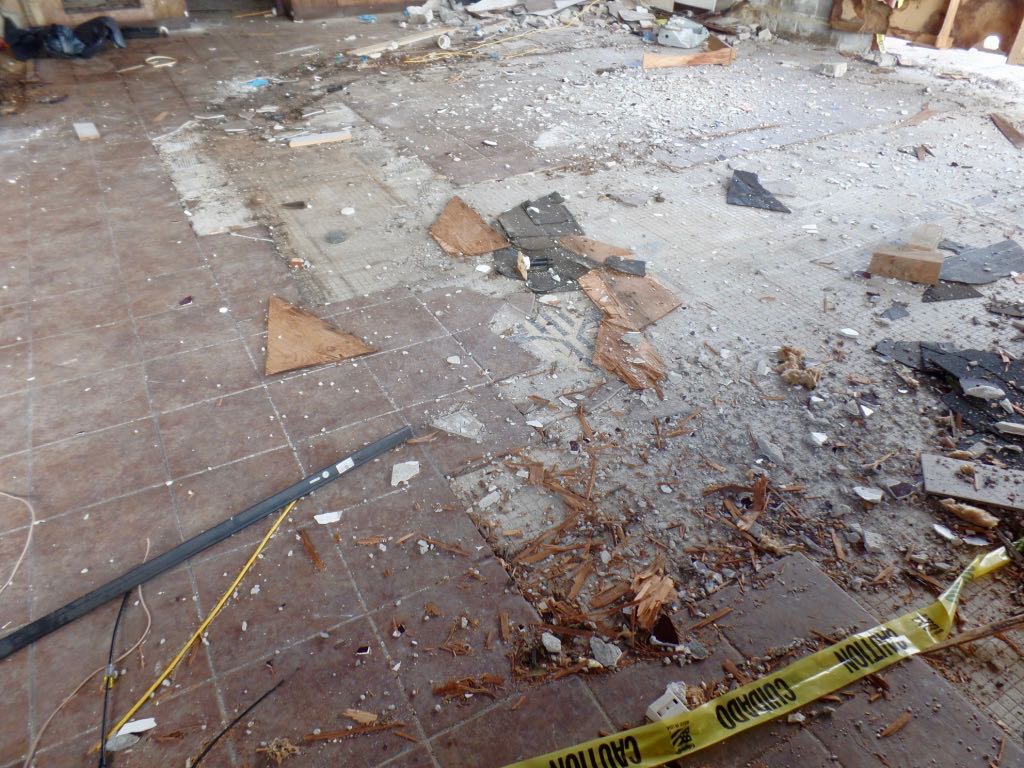 Tile floor partially torn up and revealing an earlier tile floor beneath it. 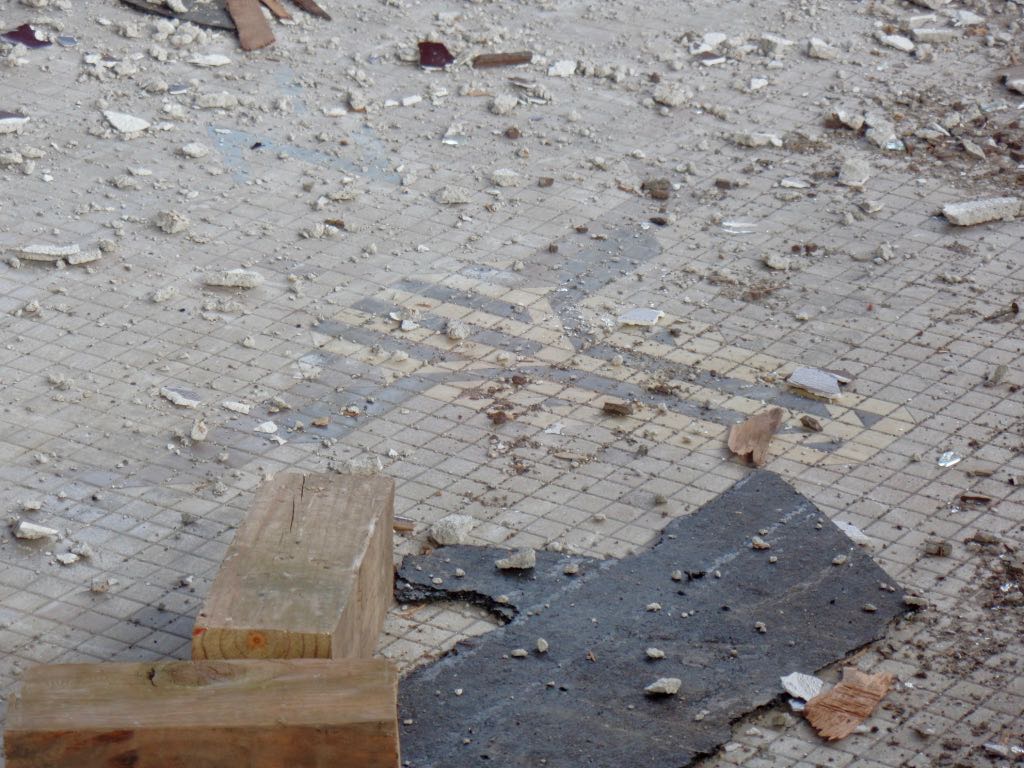 It looks to me like directional arrows to, I don't know, guide people swiftly through the Arby's line? Except this is pointing out the door so I guess it was there for people who'd finished eating and didn't know where to find the exit? 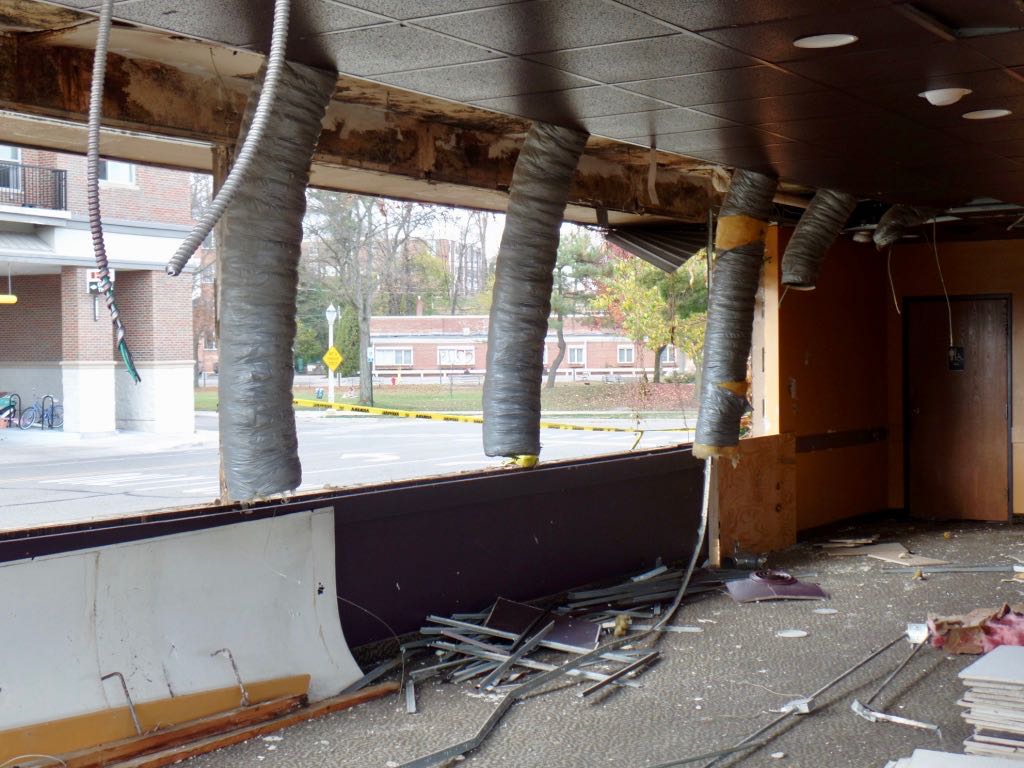 The remains of the dining room. Our last visit we sat around where the leftmost pipe was. 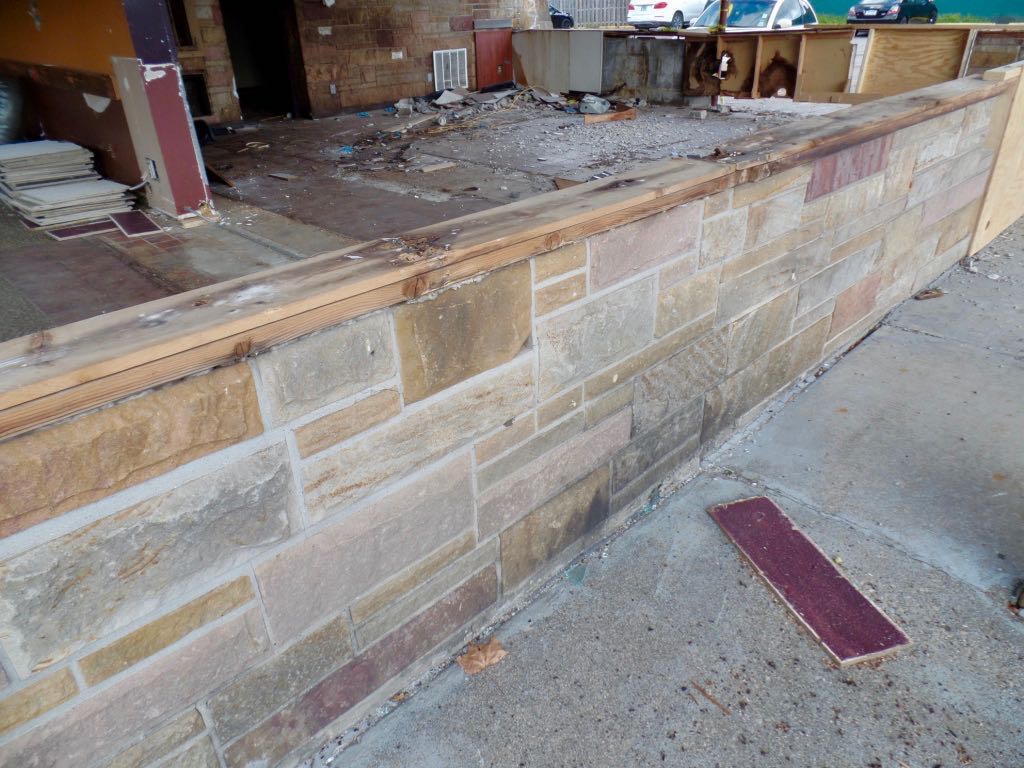 Looking from the front into the dining room (left) and ordering counter (right). 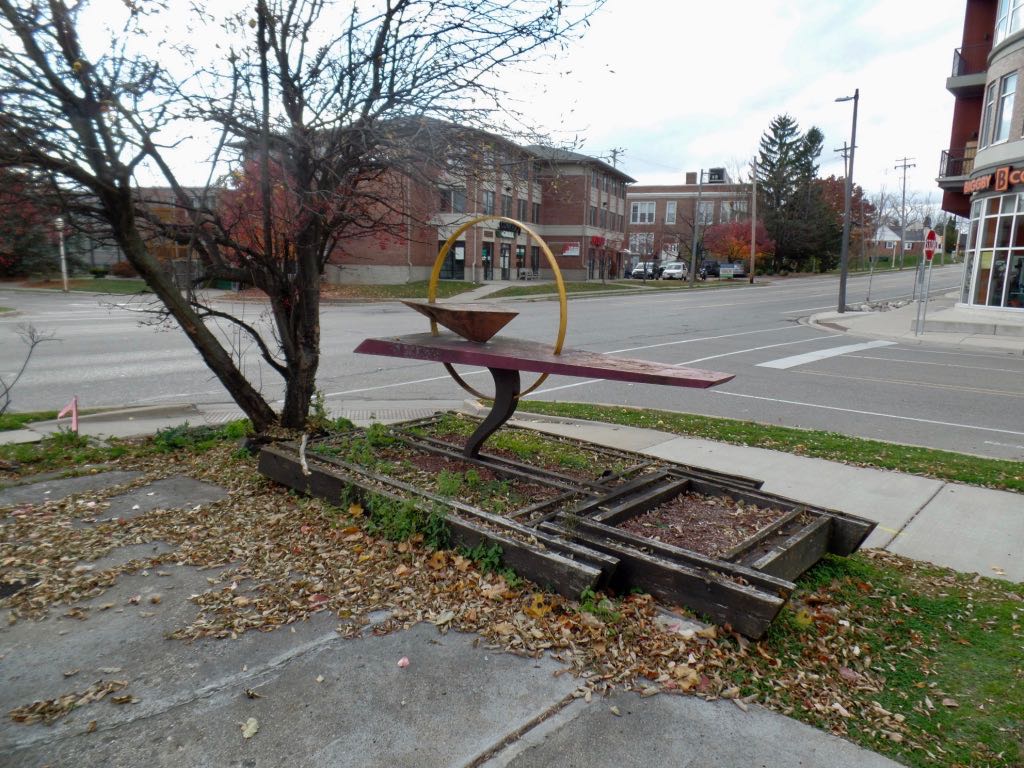 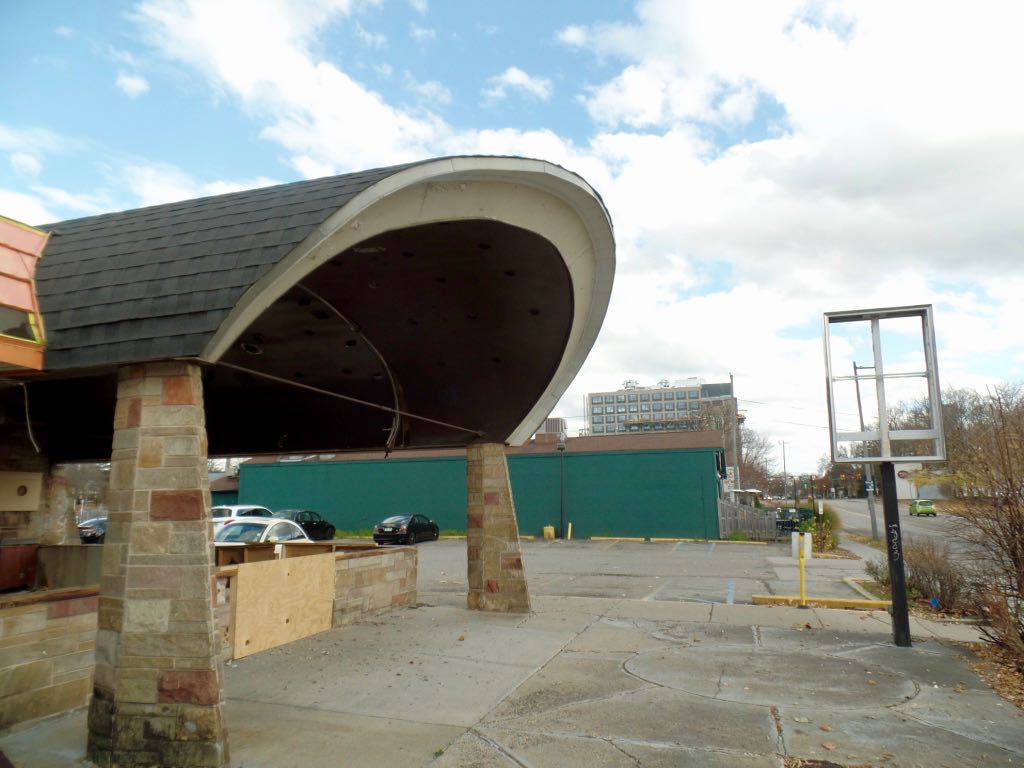 The overhang and empty sign, with East Lansing in the background. The apartment building there is new, not two years old.

Panorama view of the building from the west side. Someday I will take a panoramic view that works.

Trivia: In October 1910 William Randolph Hearst announced a prize of $50,000 for a flight from coast to coast that took less than thirty days. Source: First Flight: The Wright Brothers and the Invention of the Airplane, T A Heppenheimer.

Currently Reading: Thurber: A Biography, Burton Bernstein. Not a word about the short-lived cartoon The Secret Lives of Waldo Kitty, just because the series came out a year after the book was finished. Tch.