Got my mathematics blog still. Here's the stuff running there the last couple weeks:

And now, the last views of Biggby #1's old location.

Panoramic view of the former Biggby's from the east side. In the background is the replacement Biggby's, in space that had been designed to be a bank which it turned out no bank wanted. 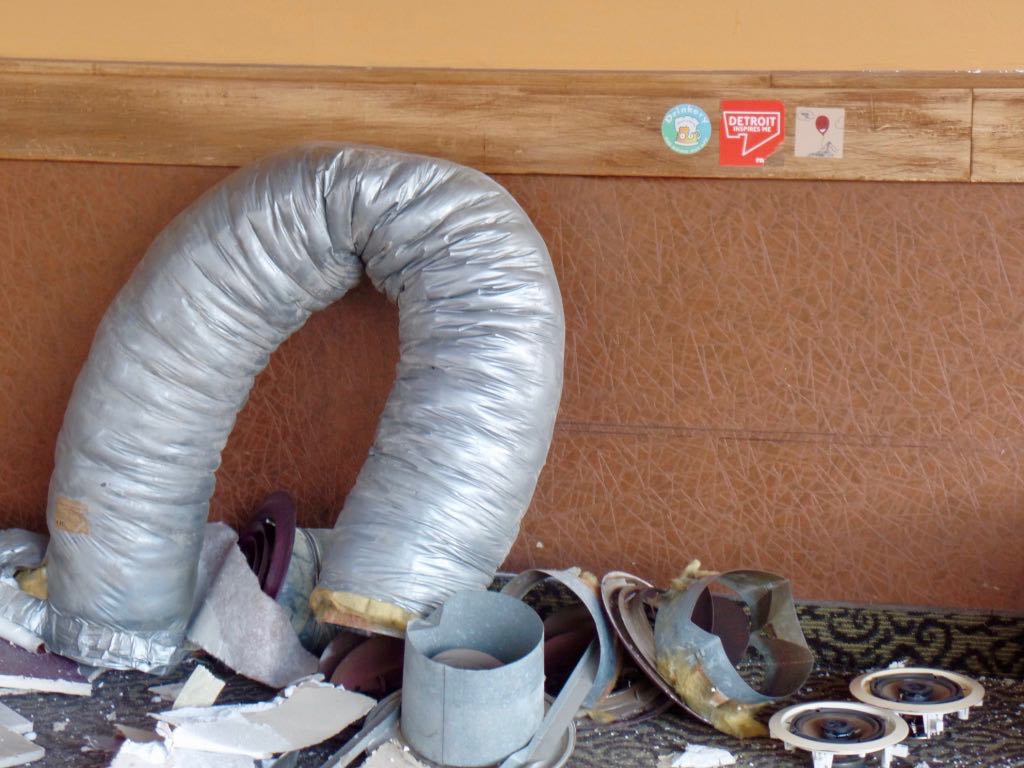 Remember when these stickers were sitting beside a dining table? Good times, good times. 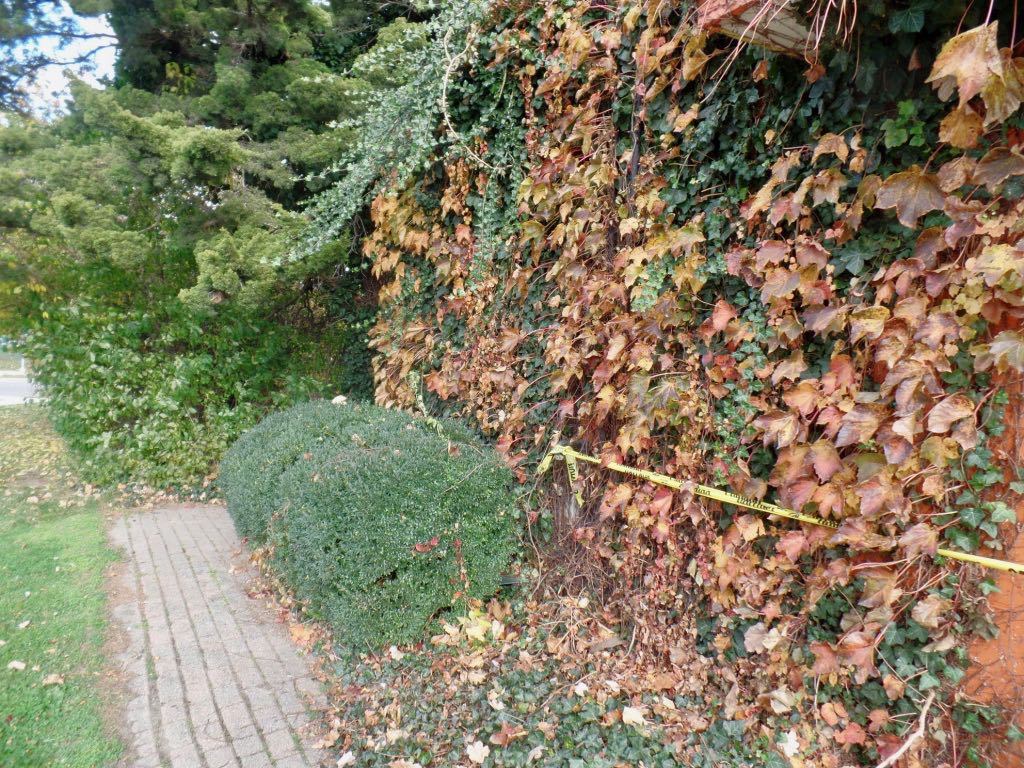 The back side of the building was covered in vines, and color-turned leaves. It looked great, really. 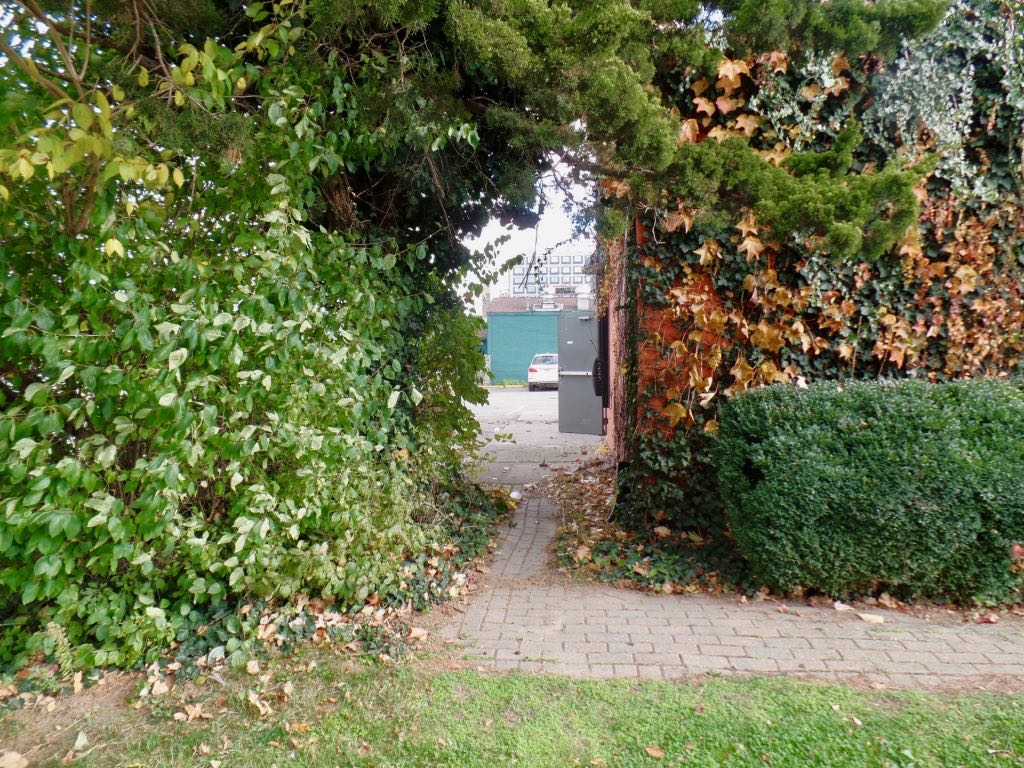 Path behind Biggby #1 that looks almost like a garden path to an enchanted land that turns out just to be a parking lot. 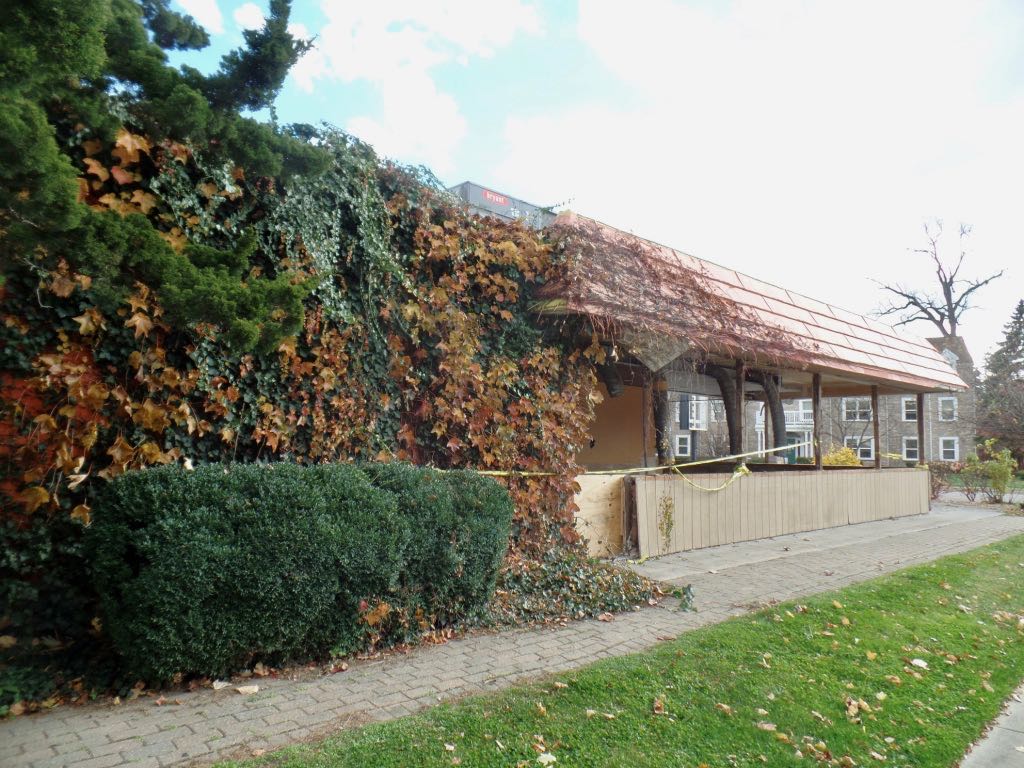 From the back to the front of the coffee shop, though. Looks good, doesn't it? 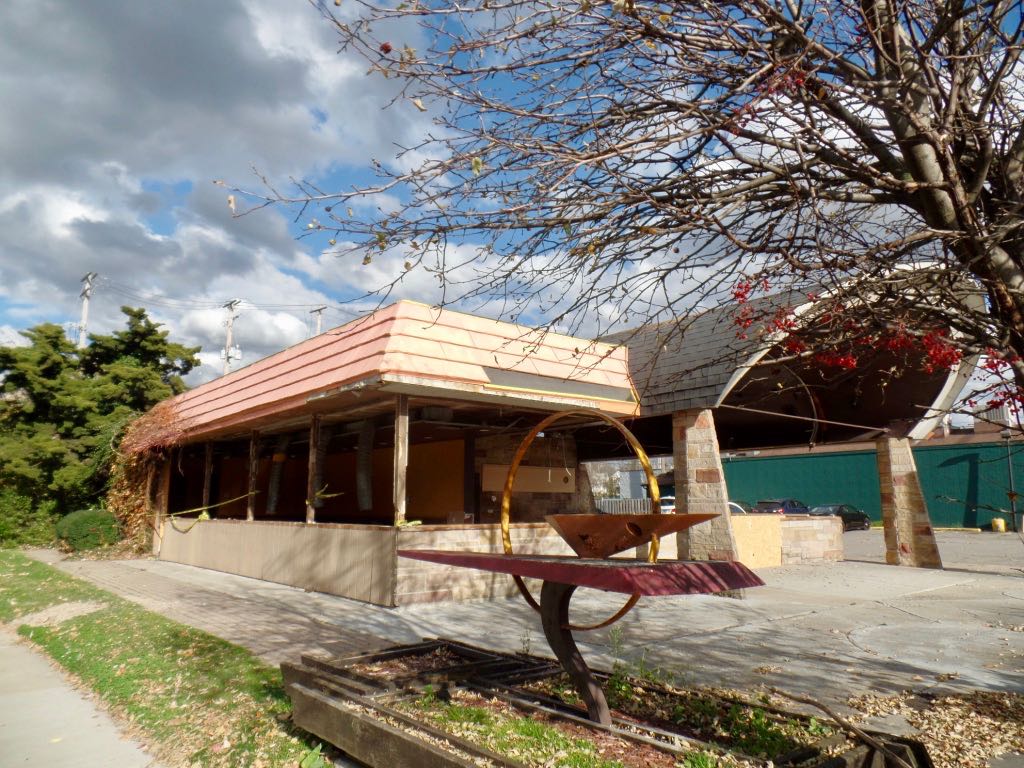 That piece of art behind the shell of the former everything. 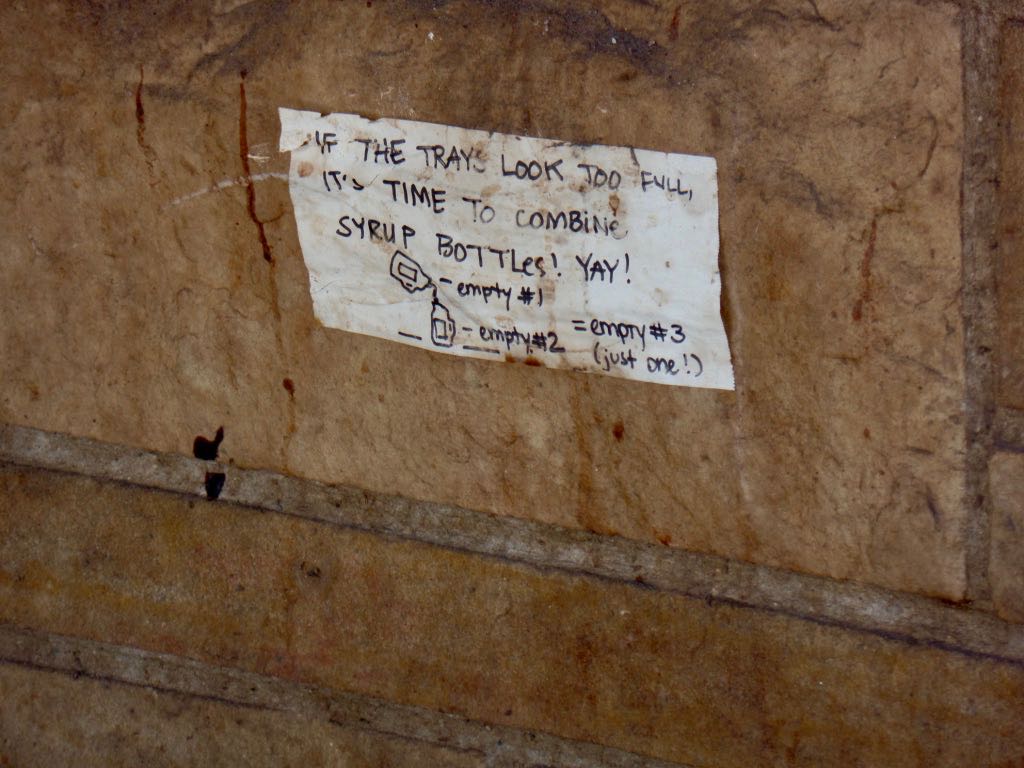 Sign to the employees that never got taken down. 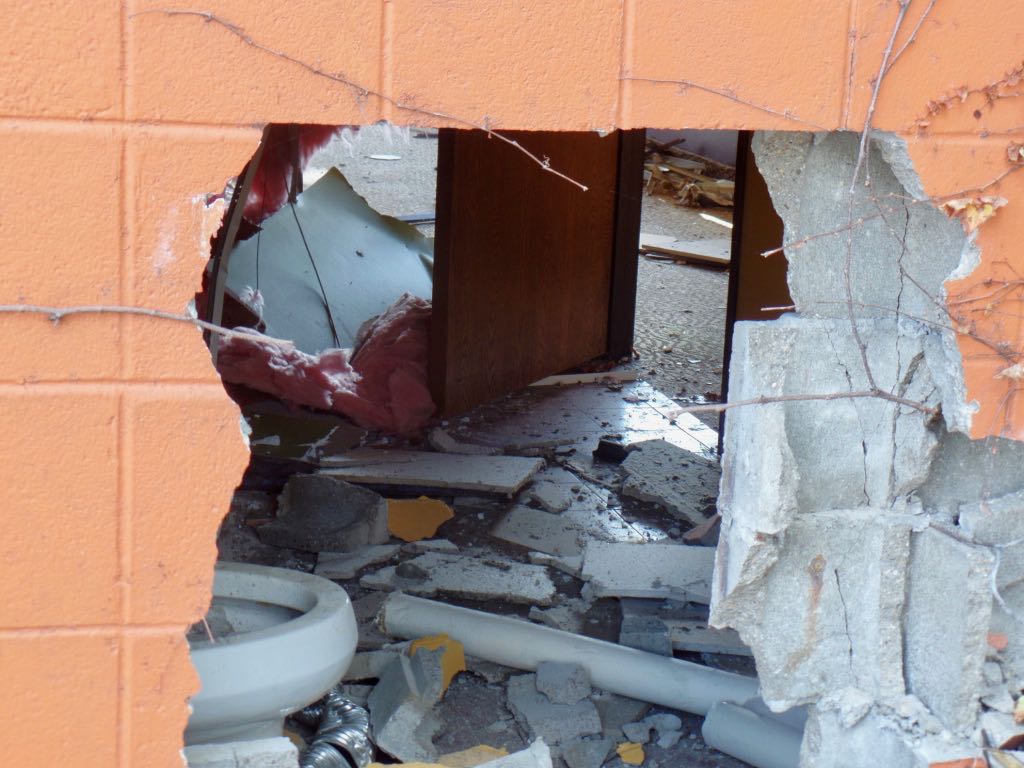 View from outside through the smashed walls to see a bathroom and the dining room. 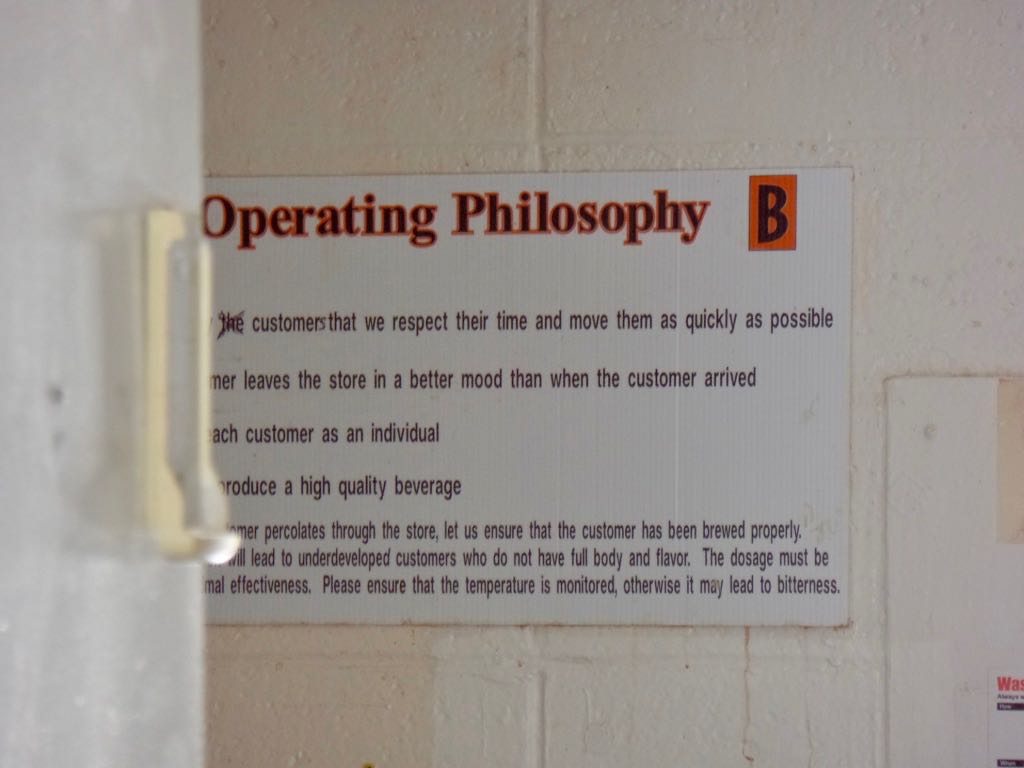 Glimpse of the Biggby Operating Philosophy through the opened rear door. 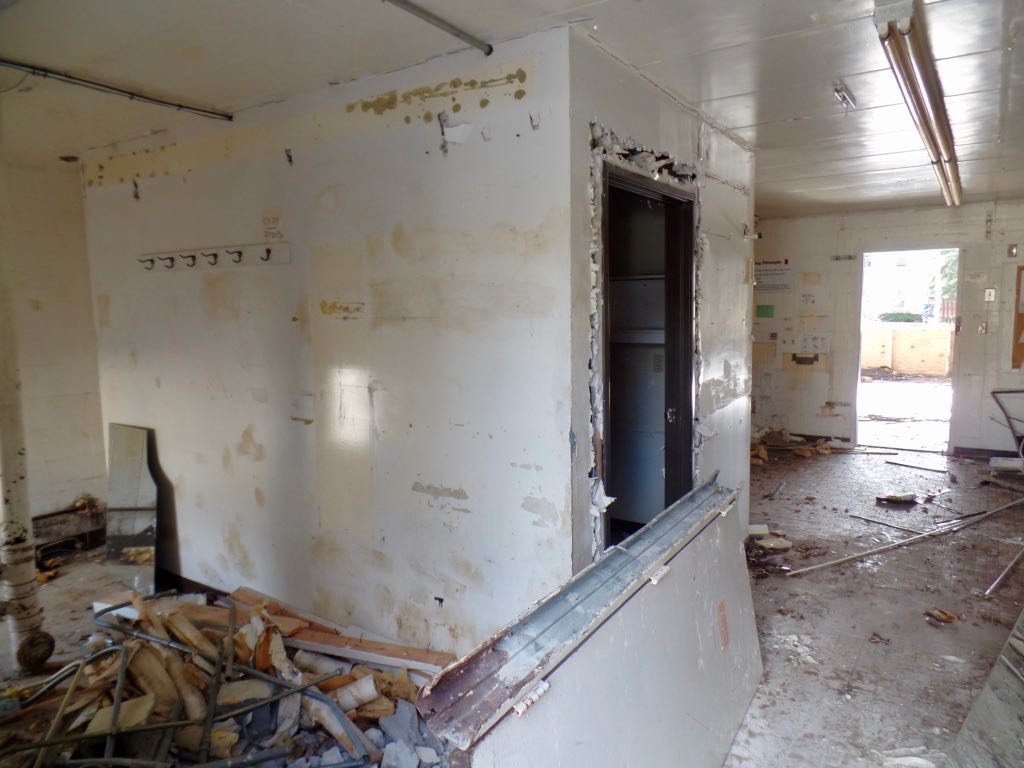 The back room, though you can see all the way through to the street out front of the building. 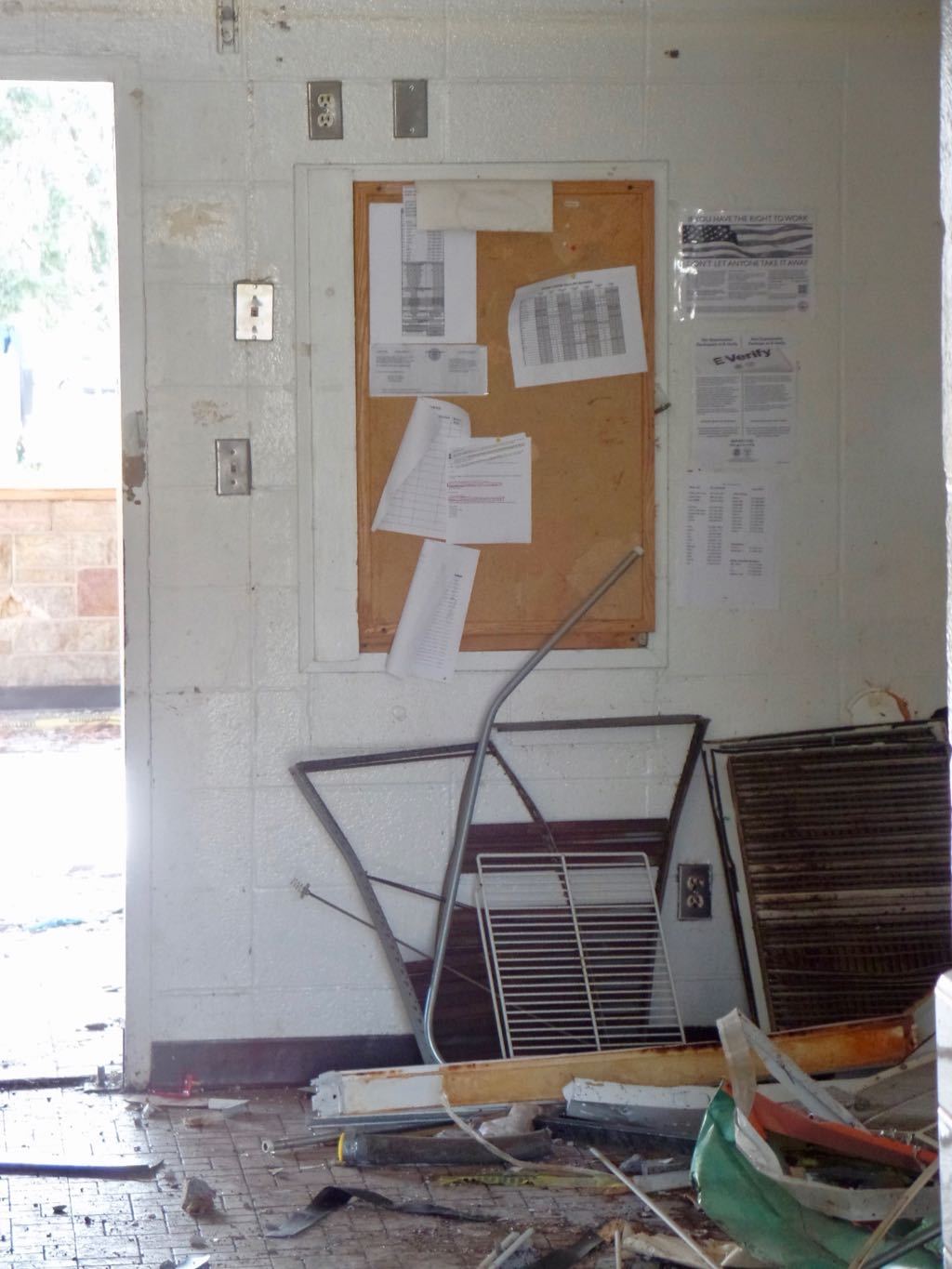 Hey, aren't they going to need those posters about how they totally have to verify that only government-authorized residents of the United States can make coffee over at the new place too? 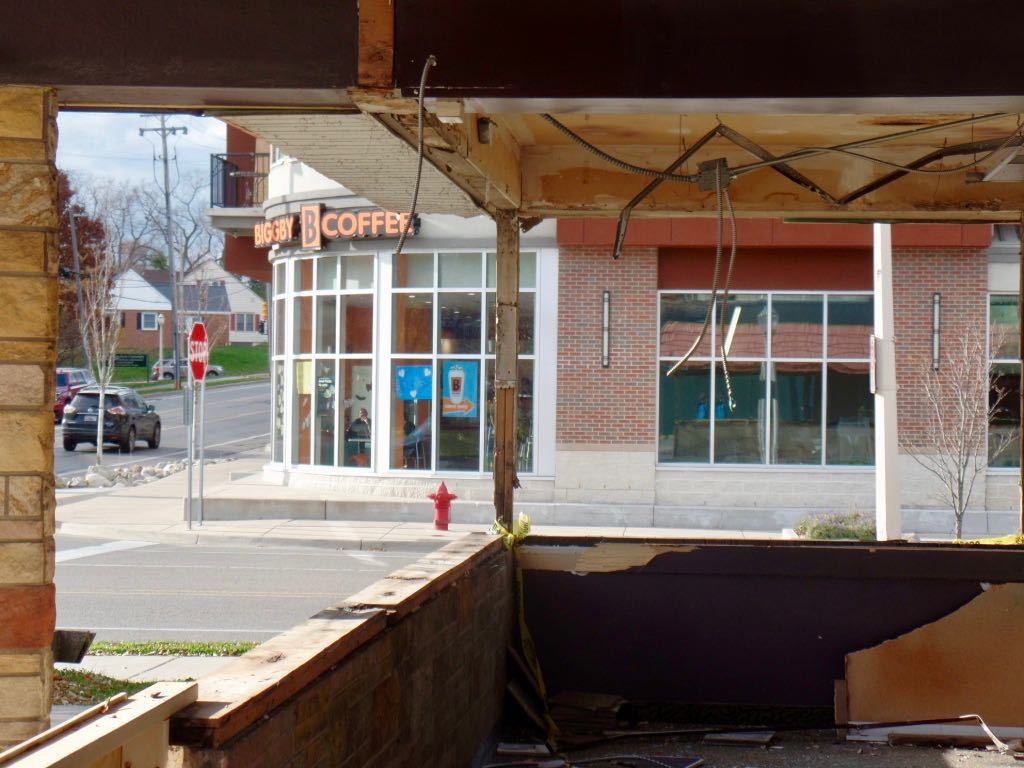 One last look, from the old Biggby into the new.

I haven't been back to this spot since taking these pictures, believe it or not. My understanding is that if all went to plan, then, what's there now is a parking lot, because that was the worst of all possible options.

Trivia: The ``twang'' --- the lurching forward of the orbiter when the space shuttle main engines first ignited --- at the Flight Readiness Firing ahead of the first space shuttle flight was 25.5 inches. The expectation was 19 inches, but this was considered ``not out of the spectrum''. Source: Development of the Space Shuttle 1972 - 1981, T A Heppenheimer.