But I'm keen to try whatever

A happy birthday to our precious bunny. It's probably not her actual birthday but it is the third anniversary of our adopting this rabbit who'd been left at the shelter, the day after Easter, with no explanation. We estimate her age at five, making her now a senior rabbit. She's lost the food-insecurity that made her easy to train, in the early days, but she's still warm and mostly friendly, even if she has decided there's ever-expanding areas of our living room where she's justified in biting our feet.

There's no guessing how much longer we'll have with her. We had thought the shelter's estimate of her as two might be an overestimate, based on her energy. But we noticed this winter she won't summon the effort to run up the ramp in her cage, even to escape the fireplace being lit, a suggestion of greater age. Call it five, then, and hope she has the majority of a good life ahead of her yet.

I'm up to December 2020! I know, right? So here's pictures around the time we got our trees. 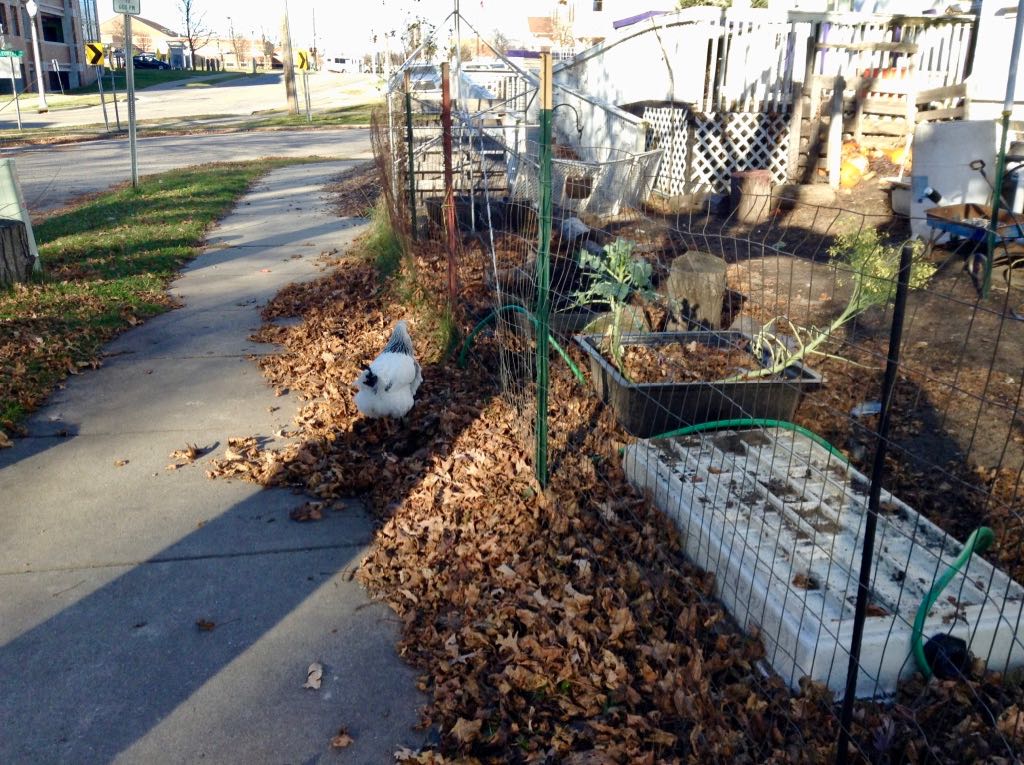 So around the western edge of my common walks is this Incubator Facility called the Fledge and what do you know but they have chickens. Like this one, who's got outside the fence somehow. 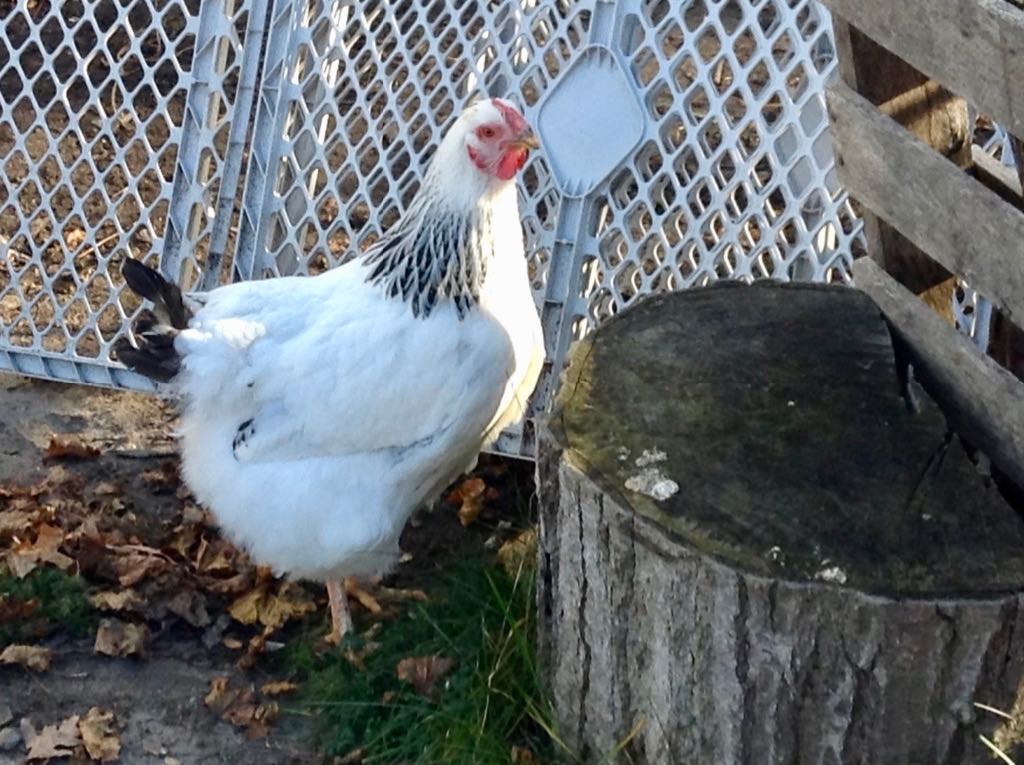 Of course I left the chickens alone because, you know, I'm not a cop. 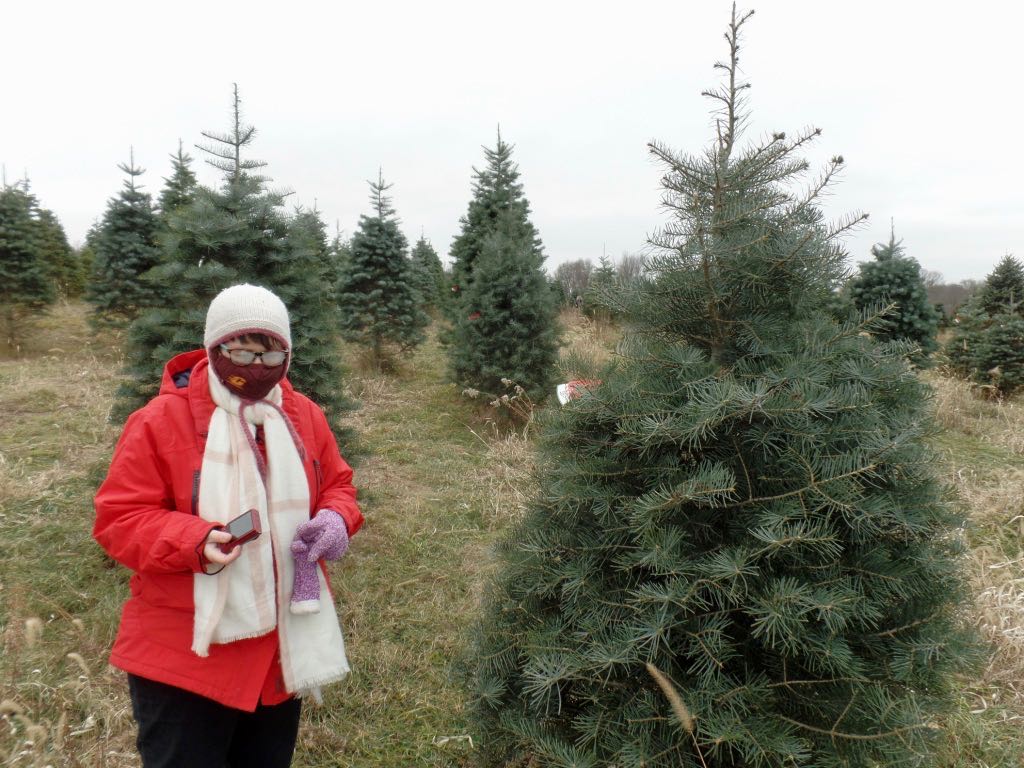 bunny_hugger beside one of the trees we'd cut down for Christmas this year. This would go downstairs and it's shorter than our usual but adorable. 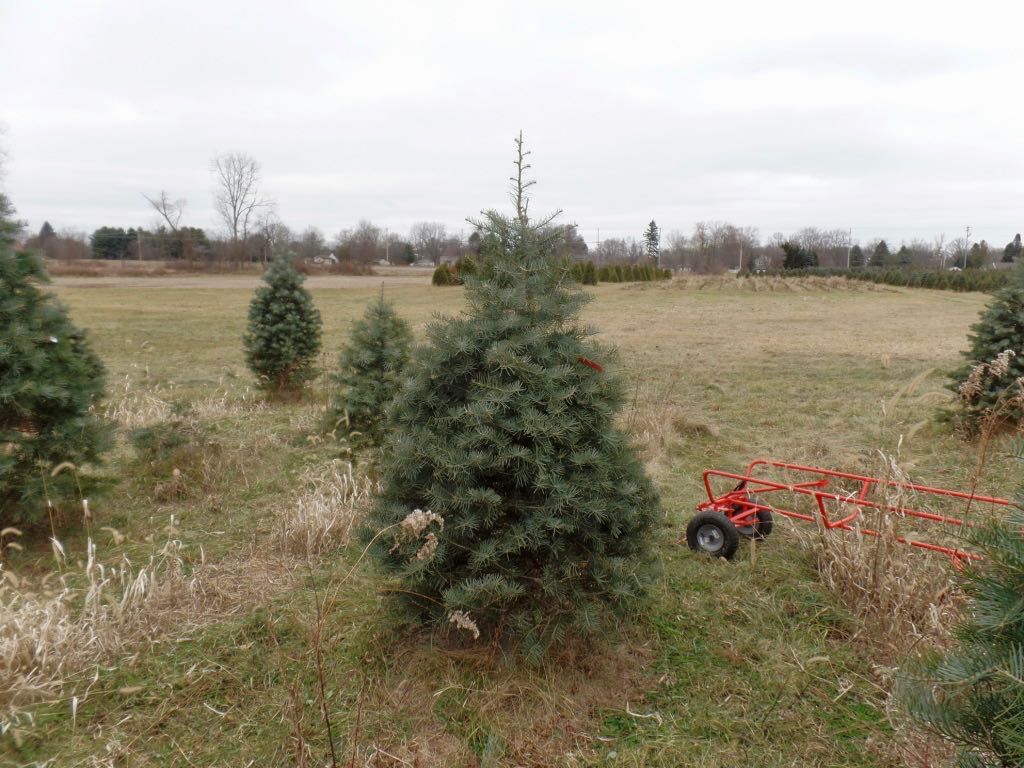 The tree in its natural environs. The shape was too good to pass up. 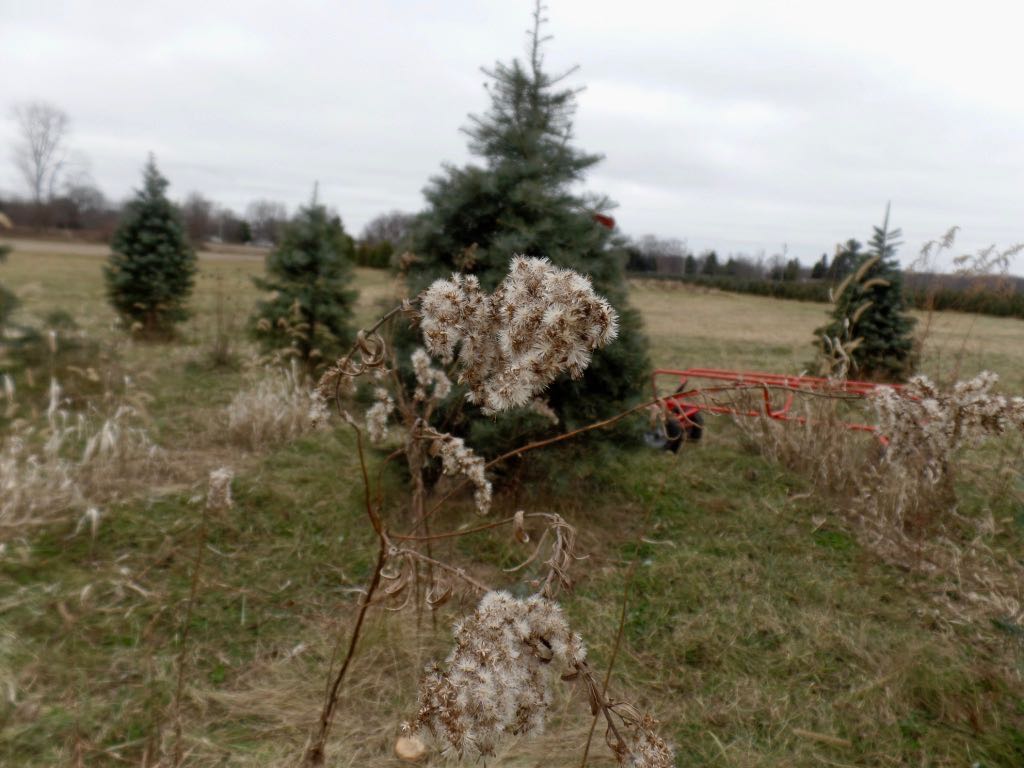 And here I get arty with the flora around it. 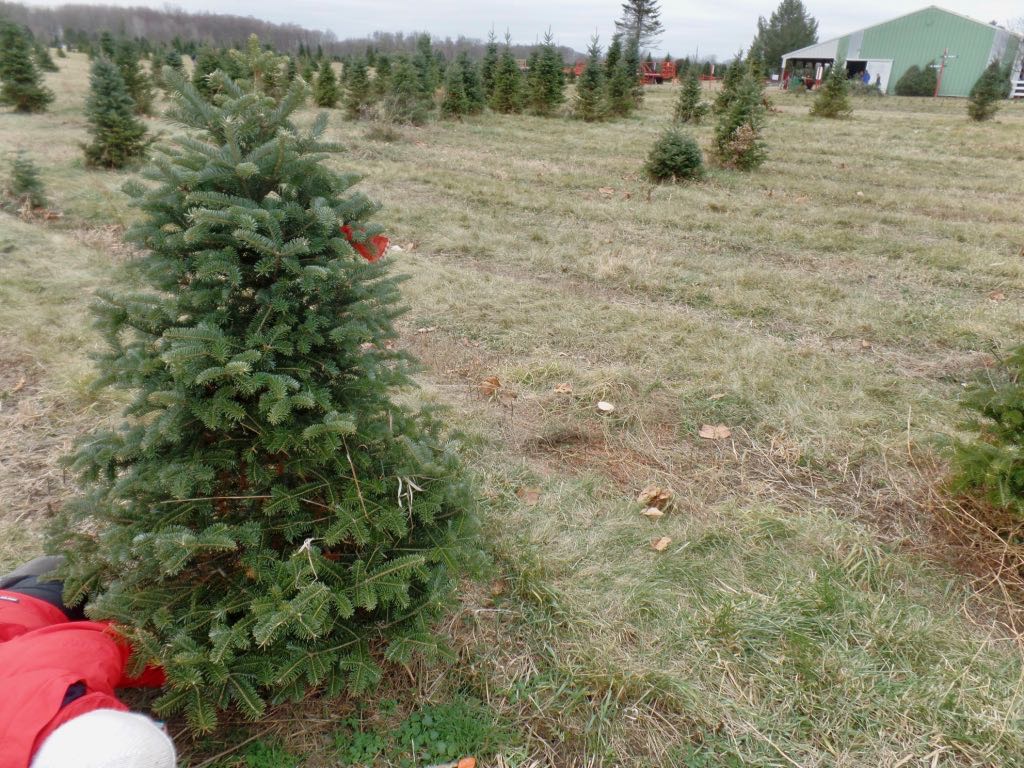 bunny_hugger cuts down our upstairs tree. The main building is in view in the upper right. The bound tree in our living room, ready for relese. 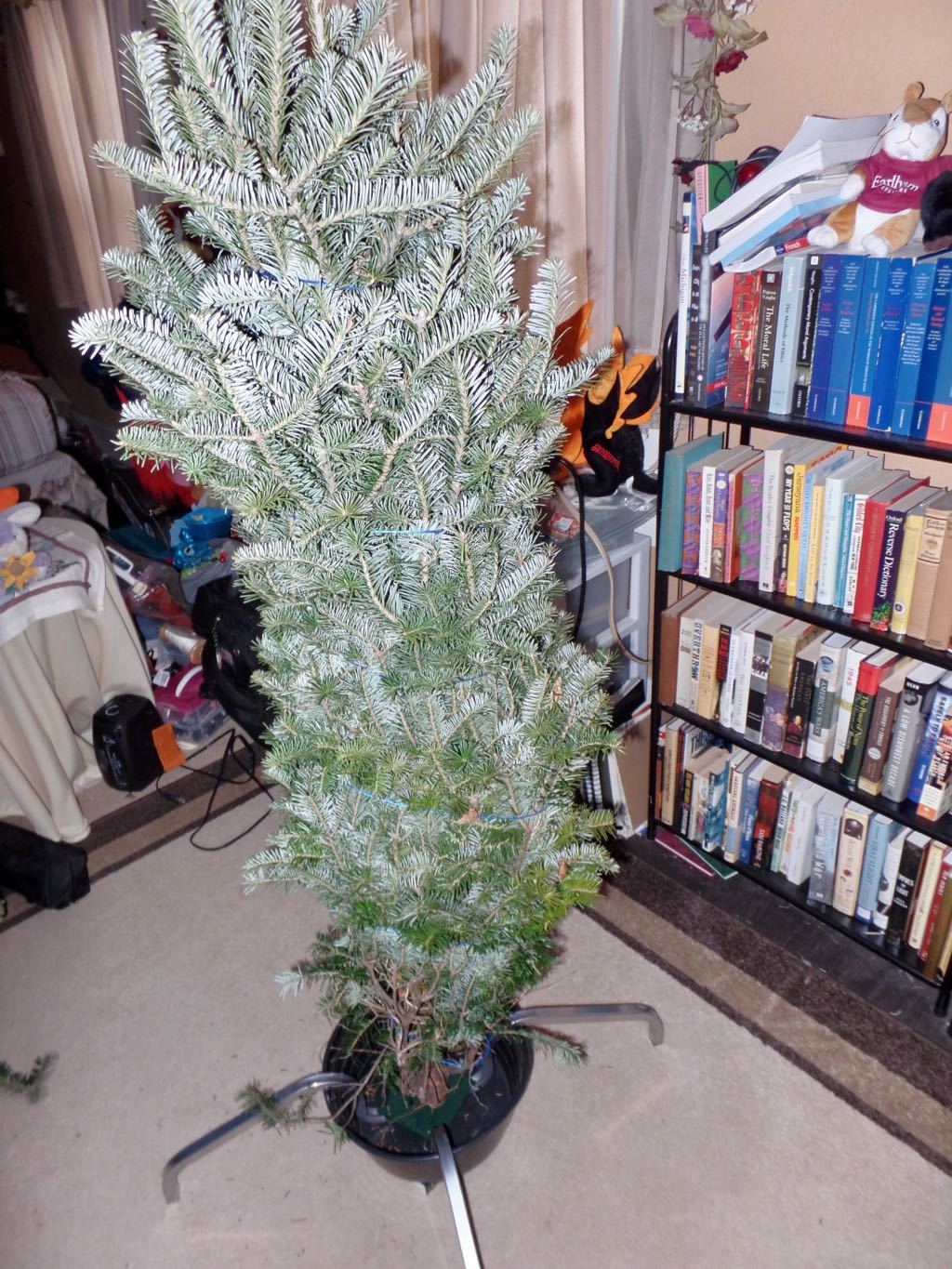 And our bedroom tree, similarly about to be set free. 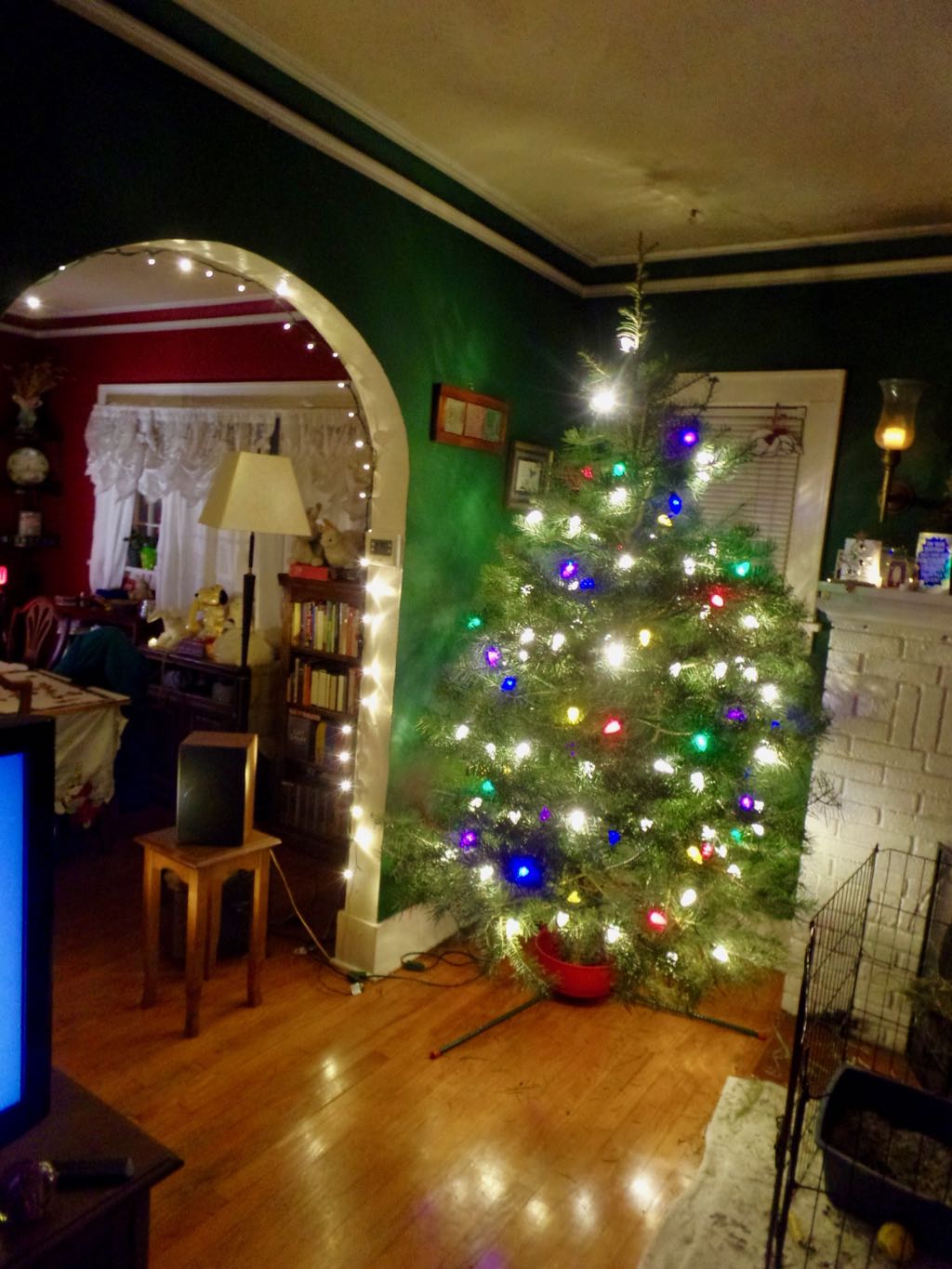 Our tree with lights, a combination of color and white lights. 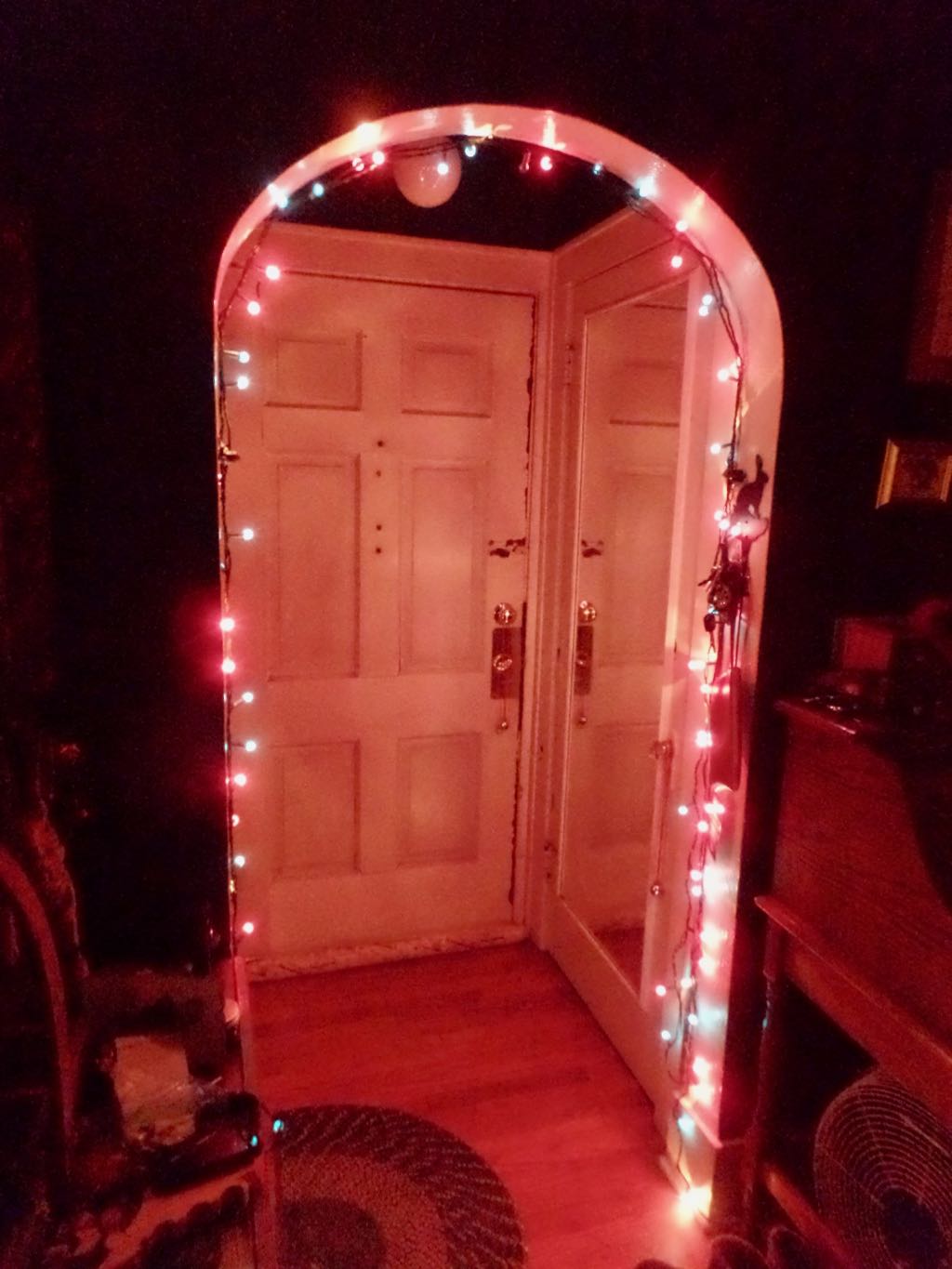 Our front entryway, with the color lights around it. After Christmas

bunny_hugger would replace them with white lights and we kept them up through St Patrick's Day.

Trivia: Two workers died of asphyxiation during launch operations for the first space shuttle. Several had entered the aft section of the shuttle as it was being flushed with nitrogen (to eliminate potential buildups of explosive gasses) and passed out from lack of oxygen. The deaths did not delay the orbiter's launch. Source: A History of the Kennedy Space Center, Kenneth Lipartito, Orville R Butler.