And he said here's the bill

It's a Thursday, or it was up to ten minutes ago, so here, let's see what my humor blog had recently:

Seriously, that durations-measured-by-Turbo piece was dumb and you have no idea how much time I spent making sure the data was as correct as can be. 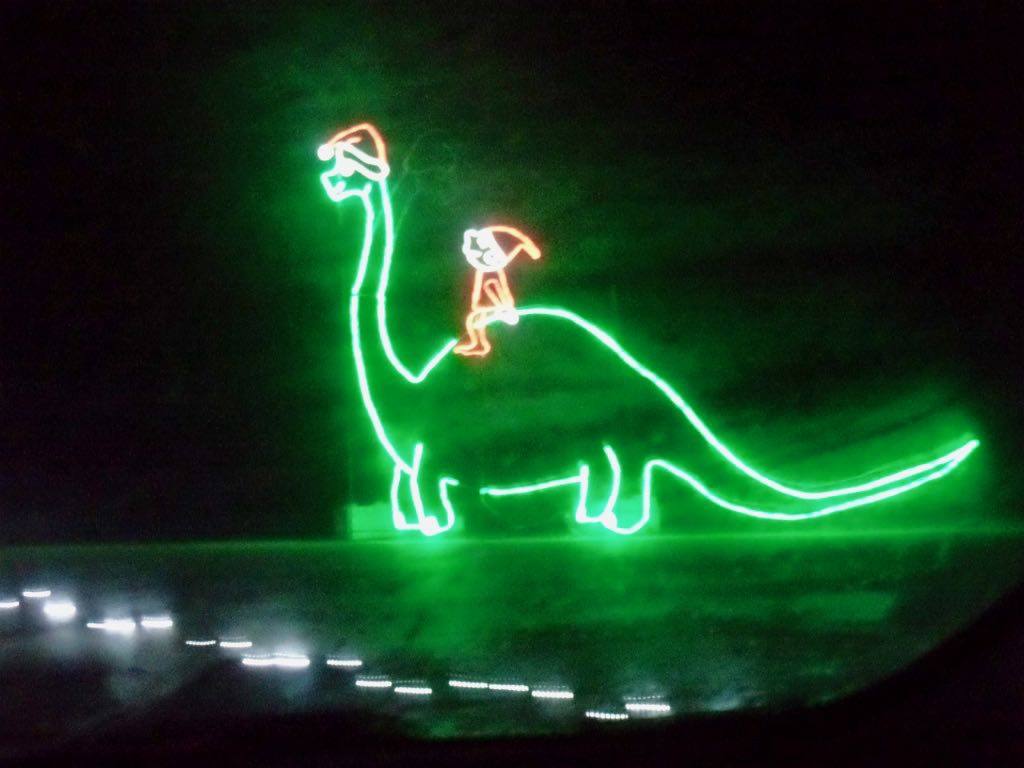 Santa riding a dinosaur is a companion piece to the sea serpent (as arranged). You can maybe see where the dinosaur turns around to look at Santa. 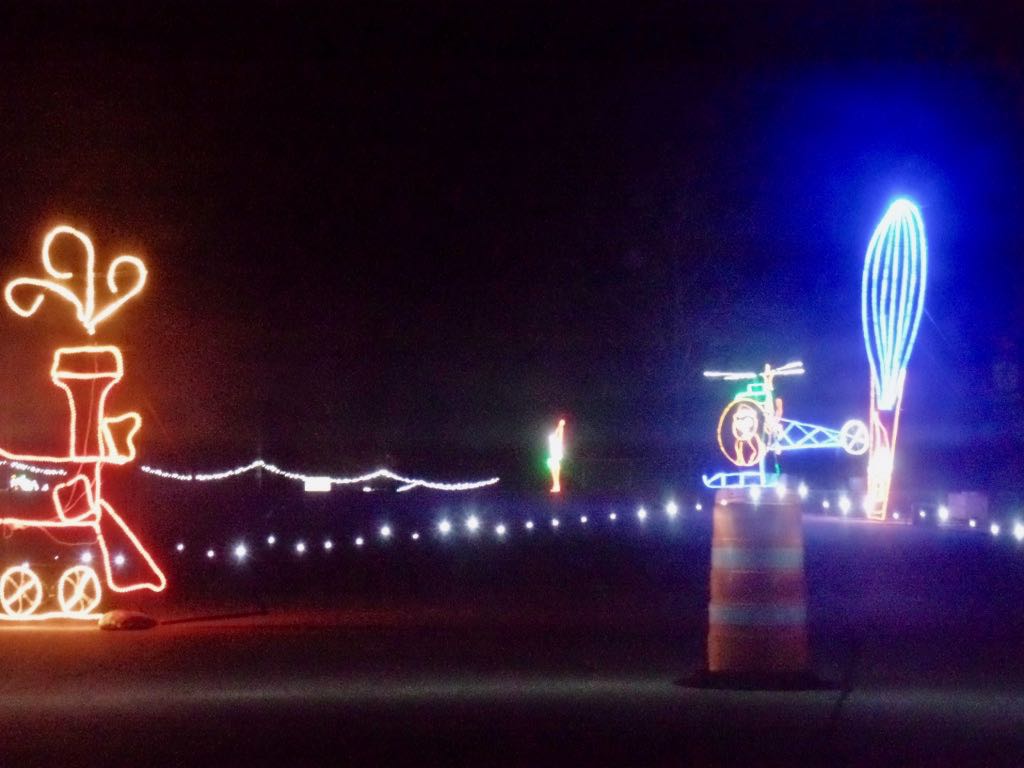 Traditional Santa vehicles such as the train, the helicopter, and the hot-air balloon here. 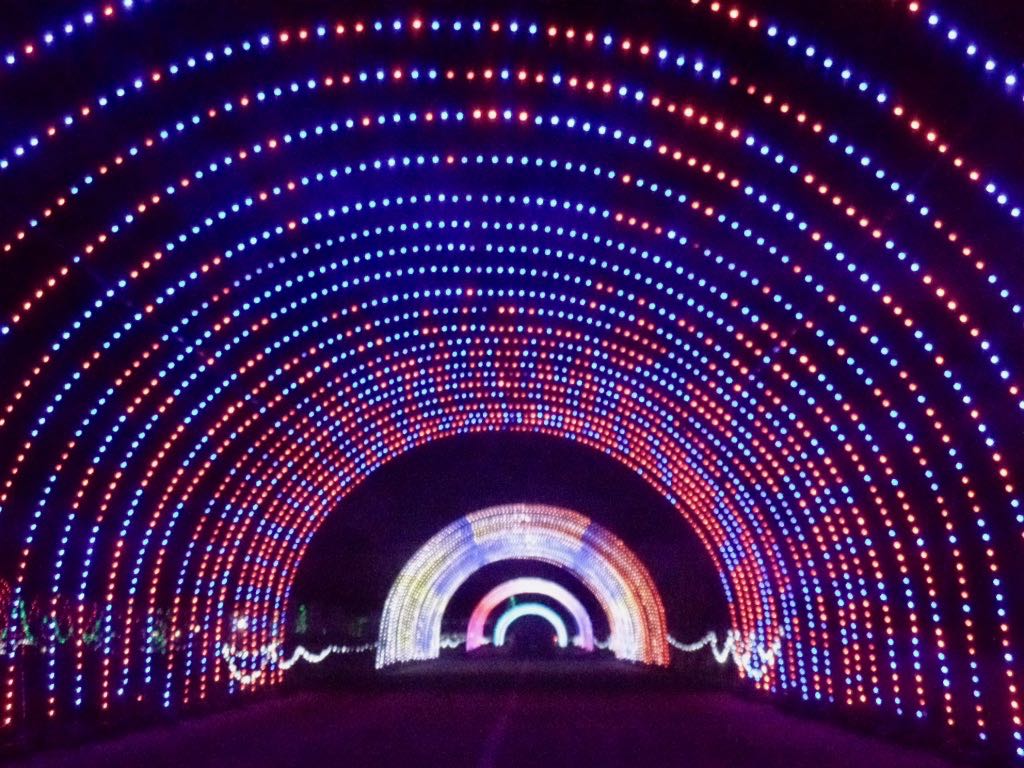 And here's the tunnels! The signs warn to not slow down going through these. The colors change in these great sweeps, sometimes front to back, sometimes rotating. It's very dazzling and a little like driving through one of those spinning-barrel illusions. 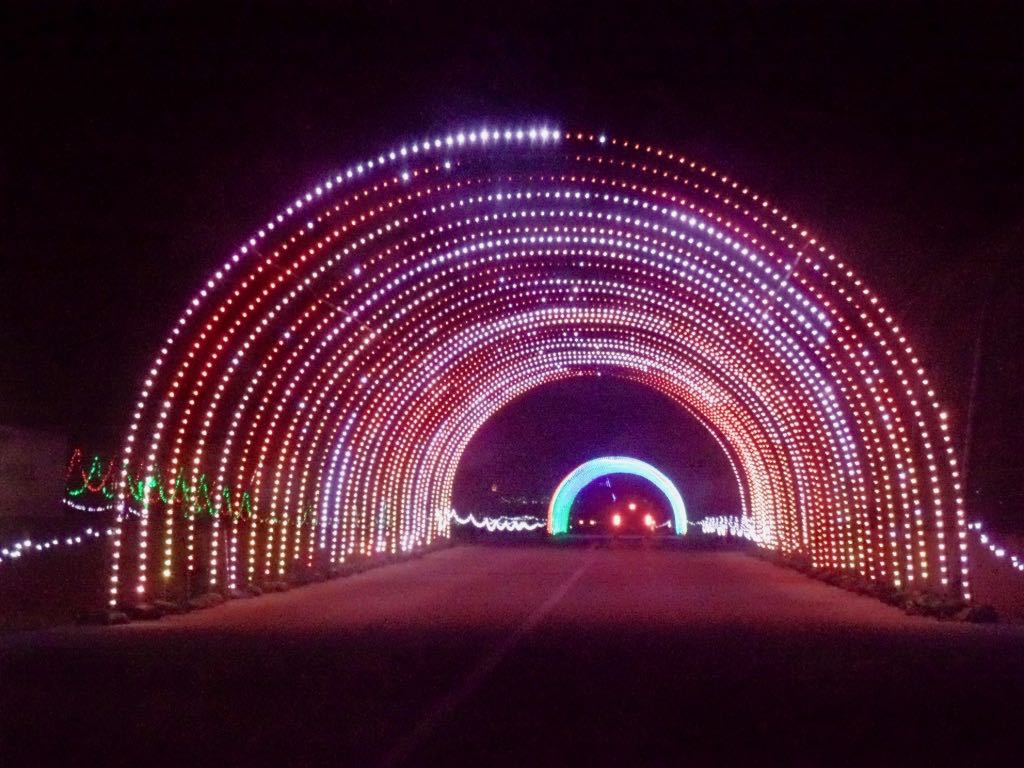 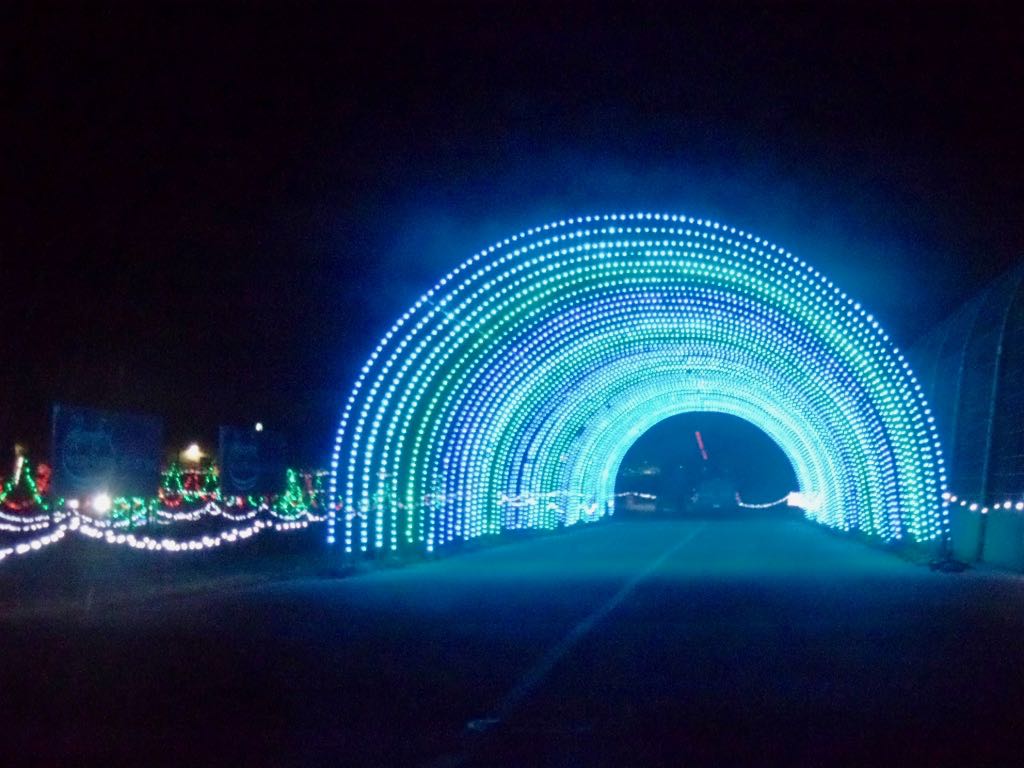 ``Captain, the ship has been programmed to Reinhardt's course.'' ``You mean we're going into the black hole?'' 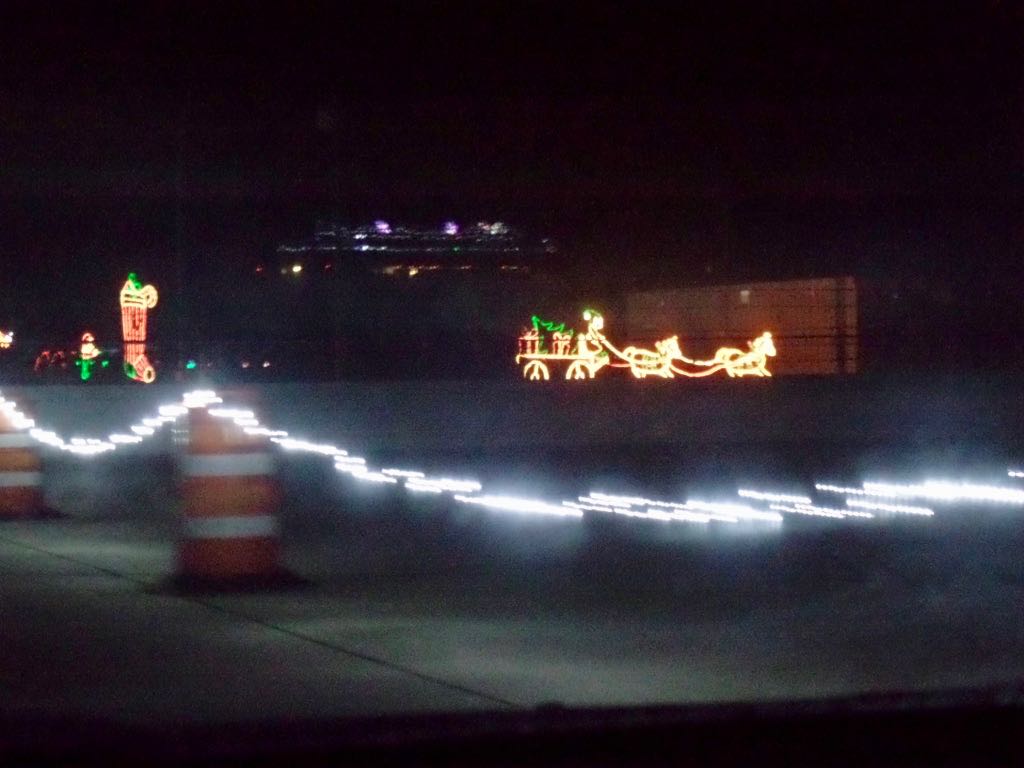 We made it through the black hole and could see some of the more distant lights here. 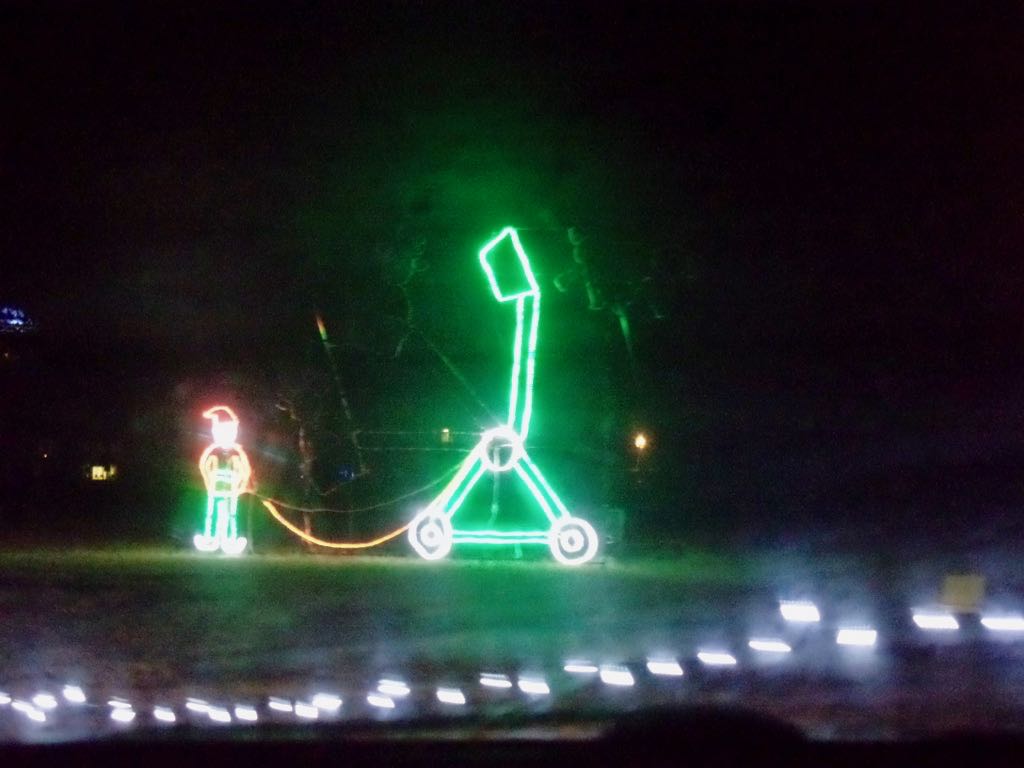 Another animated fixture, a catapult that heaves some gifts onto the ground. 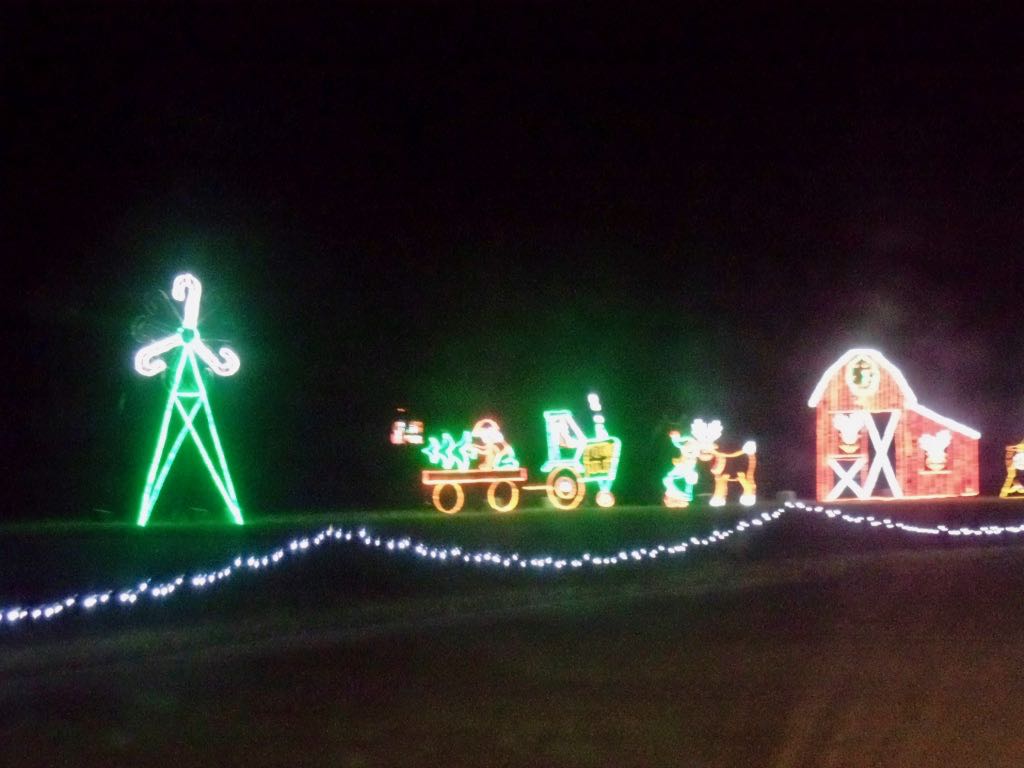 The candy-cane windmill is a fun one. 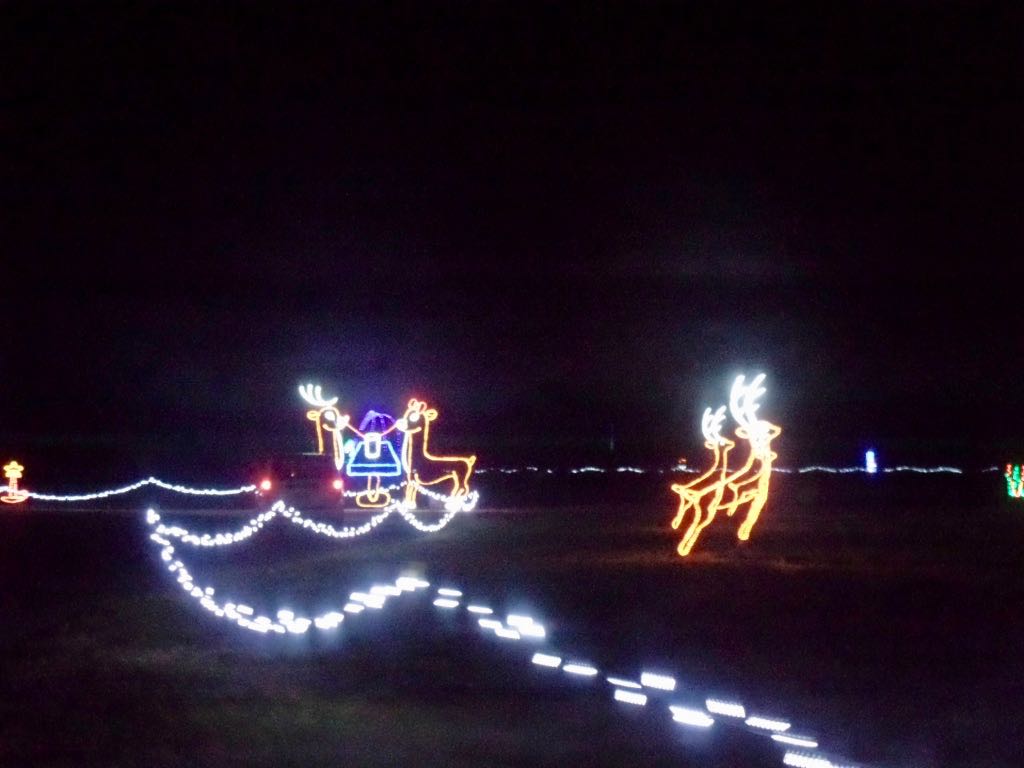 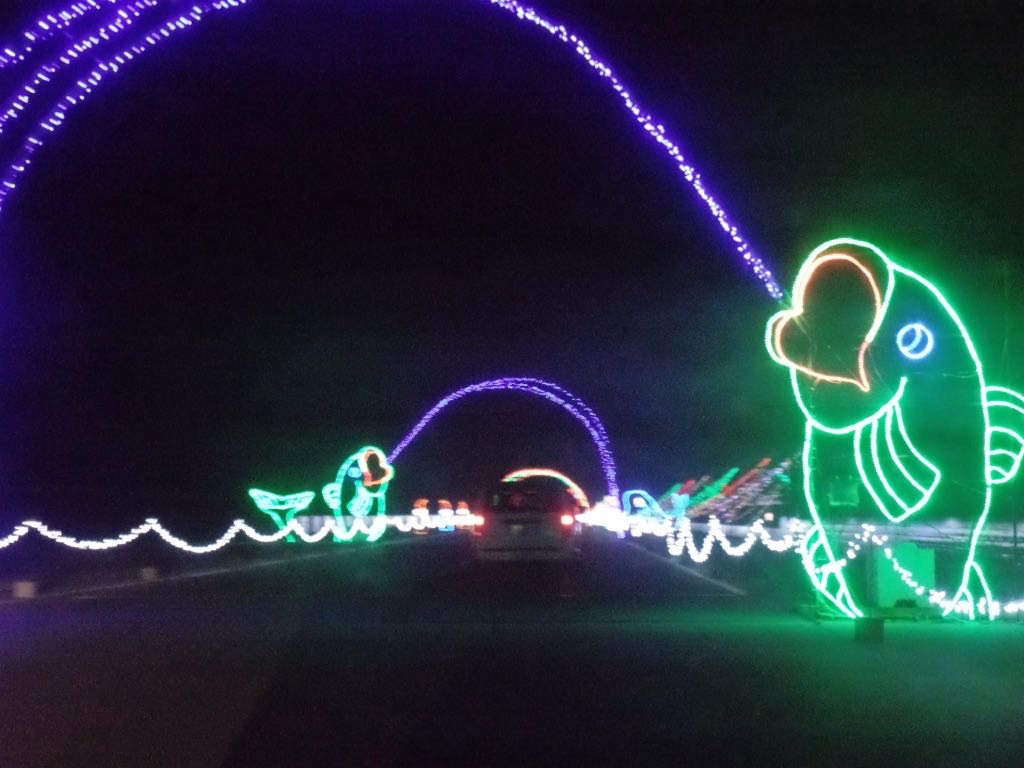 Procession of fish fountains as we approach the raceway grandstand. 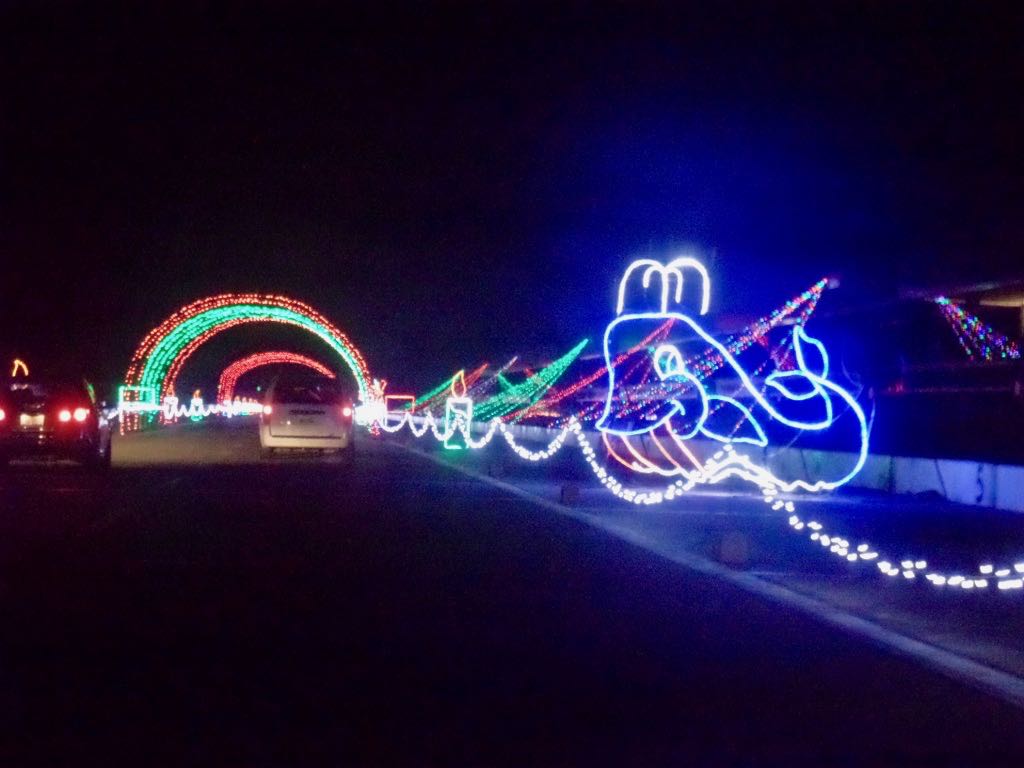 Some more, smaller, tunnels as we get to the stands . 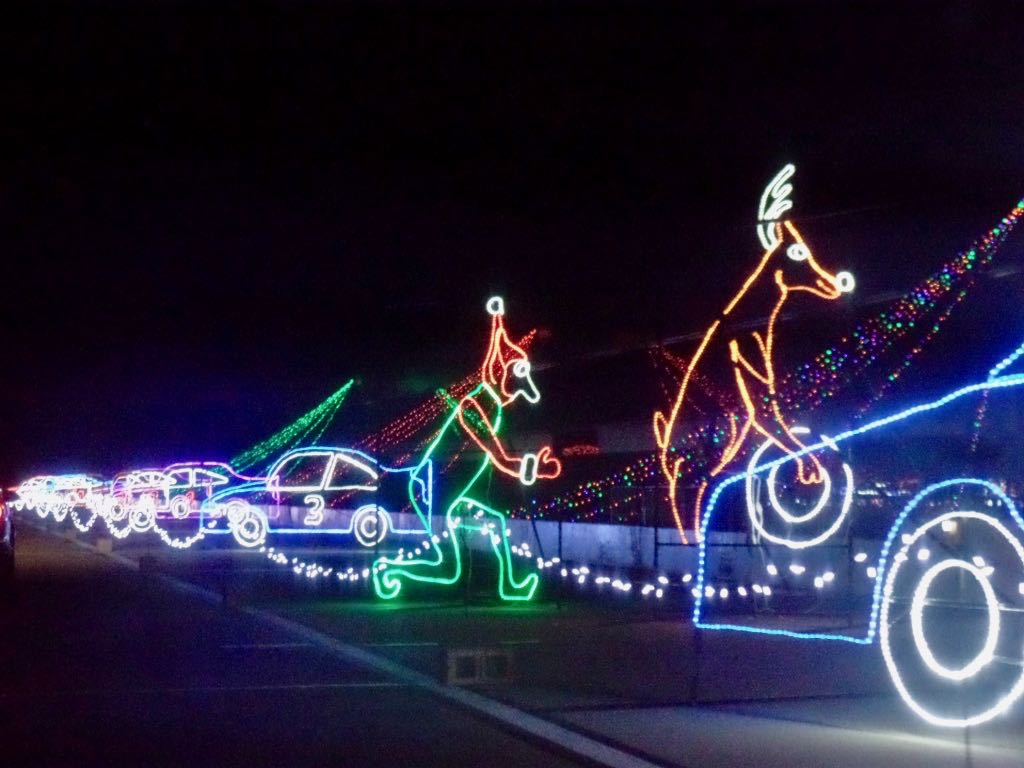 And here they are, a bunch of cars getting pit stop service from elves and reindeer.

Trivia: On the 15th of April, 1945, the US Army's Fifth Army campaign in northern Italy was supported by 2,300 tons of aerial bombardment, a record for the campaign. Source: History of the Second World War, B H Liddell-Hart.