Now back to December 2020; let's take in some more of the Michigan International Speedway lights show. 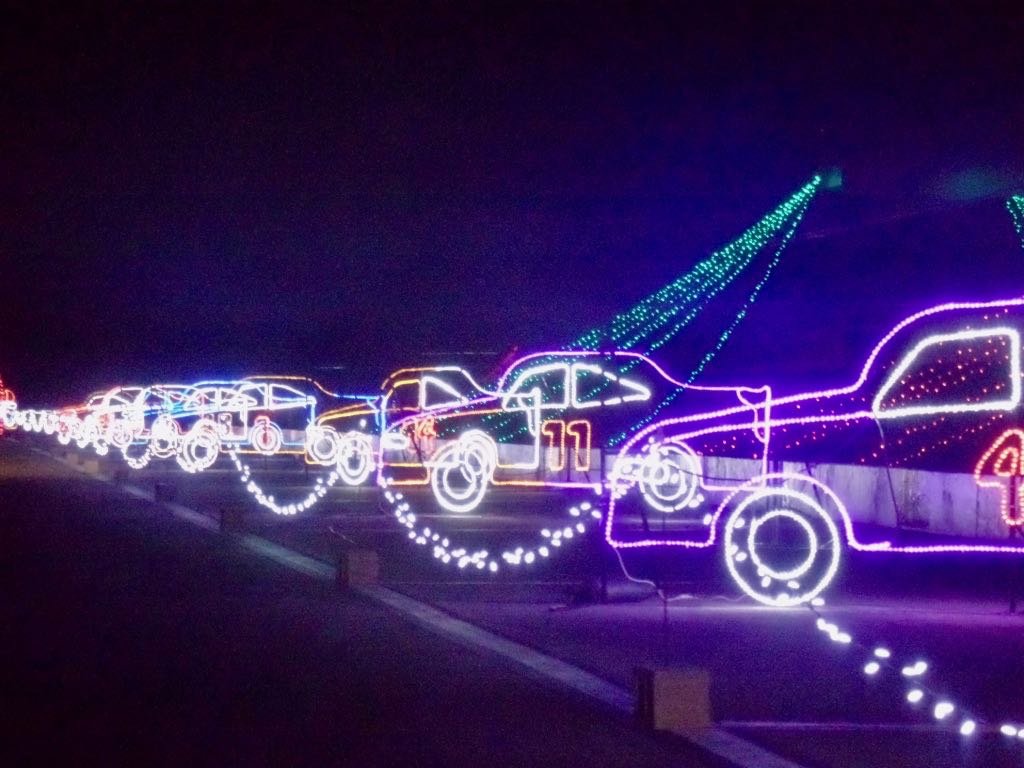 More of the cars, with a bit of the view of grandstands. I'm curious what it all looks like during the day. 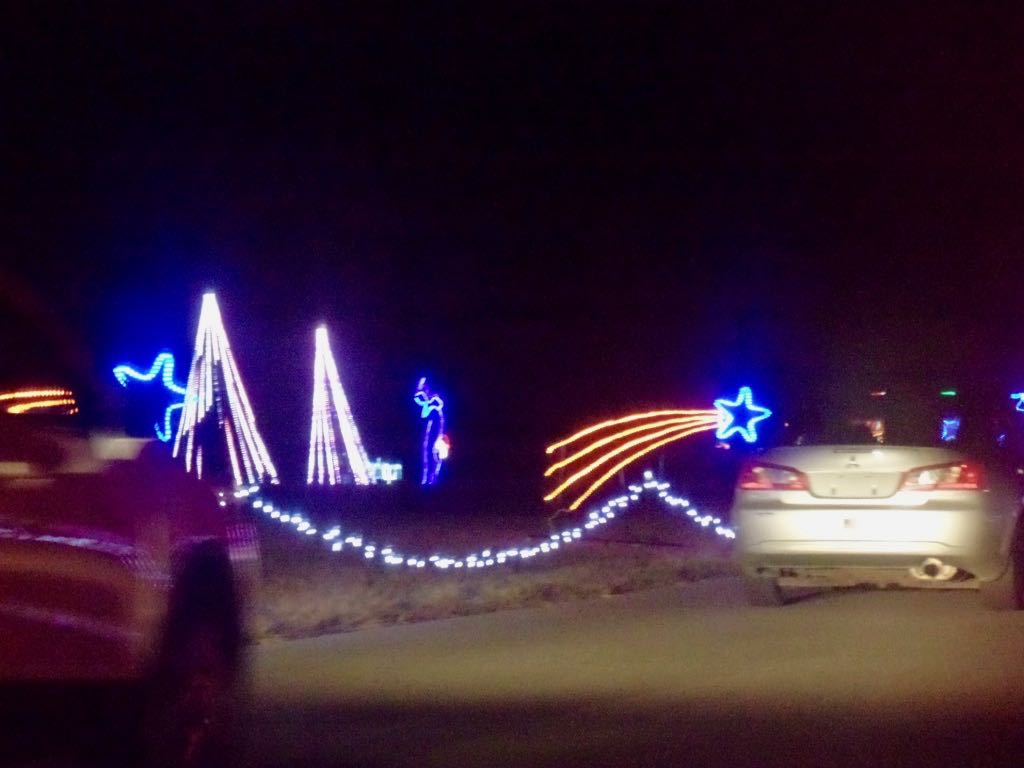 Hey, it's the logo for Waldameer's Comet roller coaster! 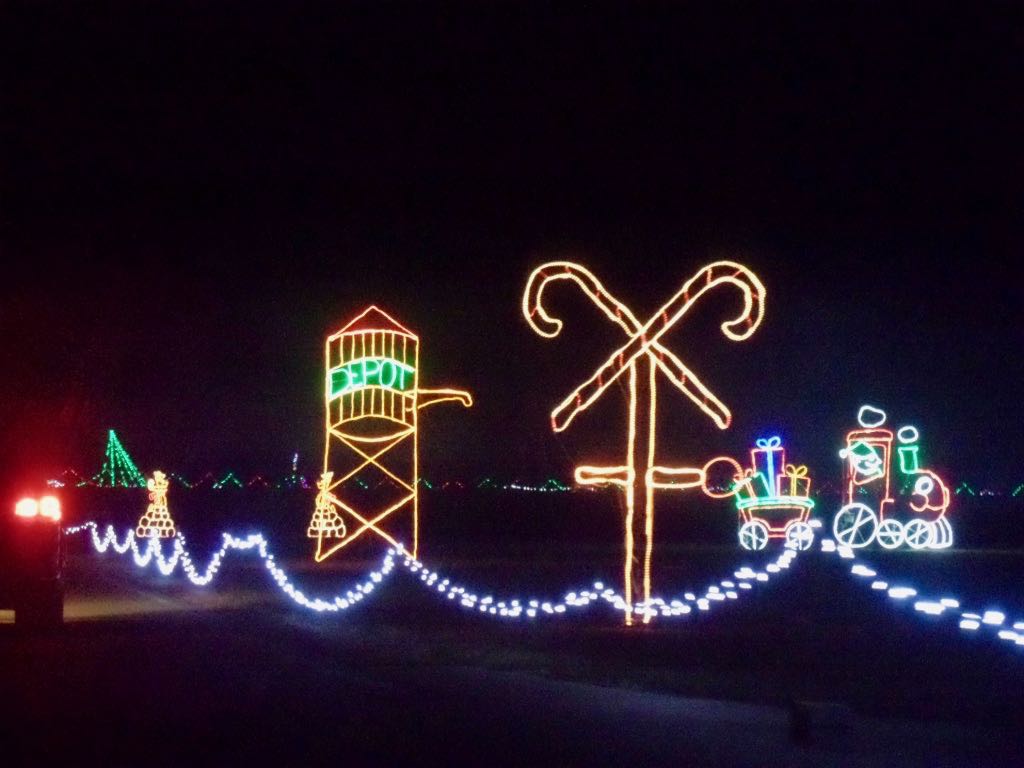 A whole train depot. I don't think they have one like this at Crossroads Village, but it would fit. 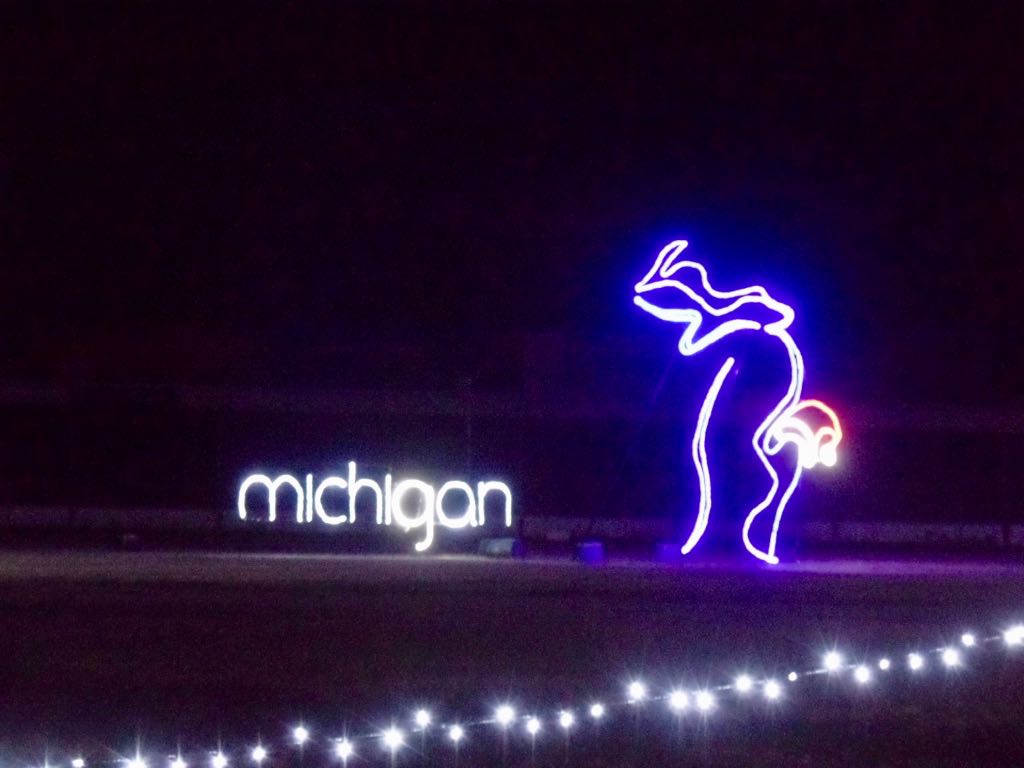 It took me so long to work out that this was supposed to be Michigan, but with a cap on the Thumb. The red streaks are, I think, loose representations of I-75 (lower peninsula) and M-28 (upper peninsula). 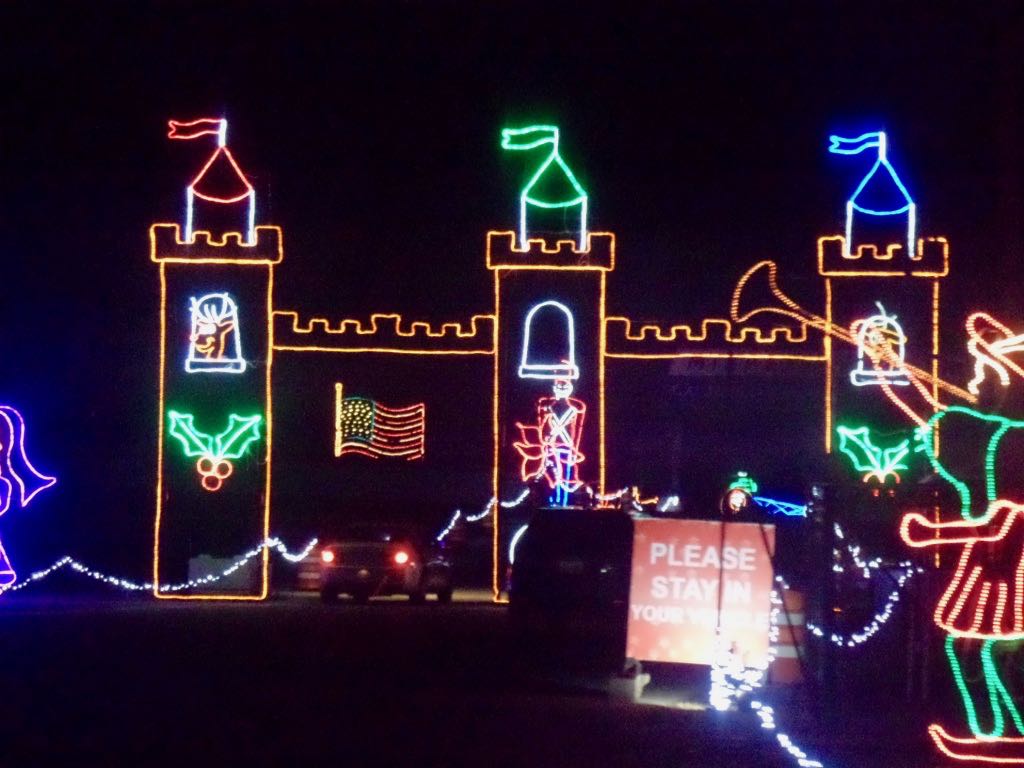 A castle, one of the handful of fixtures you actually drive through. 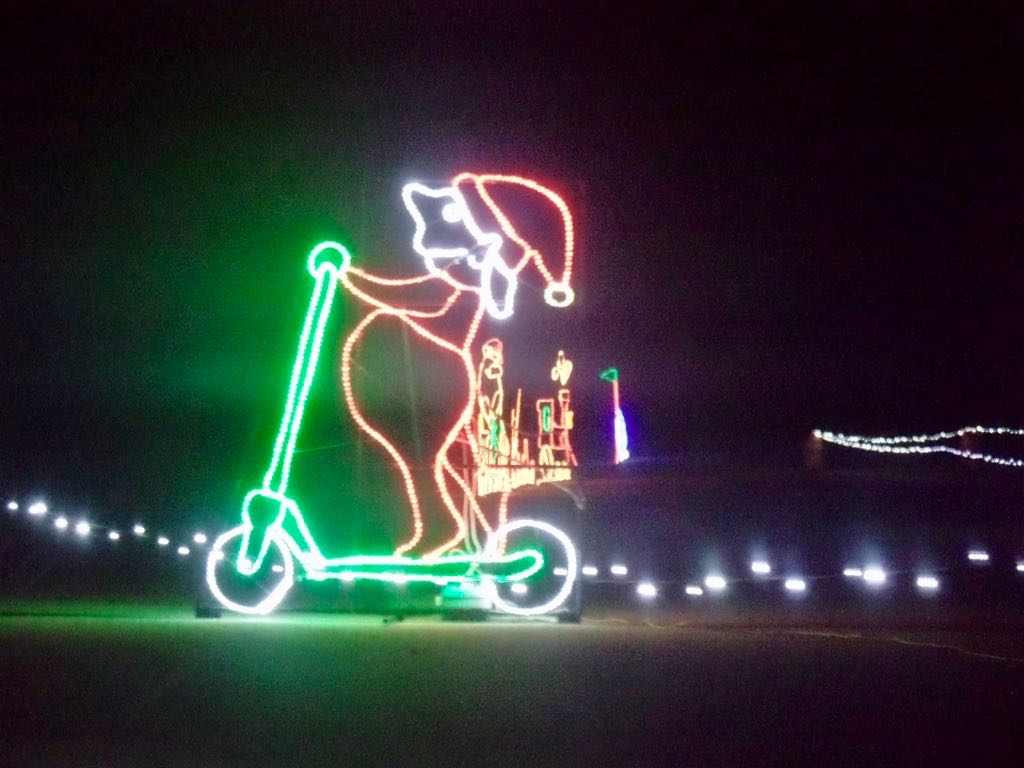 Ugh, the elf's on one of those annoying rental scooter disruptor things. 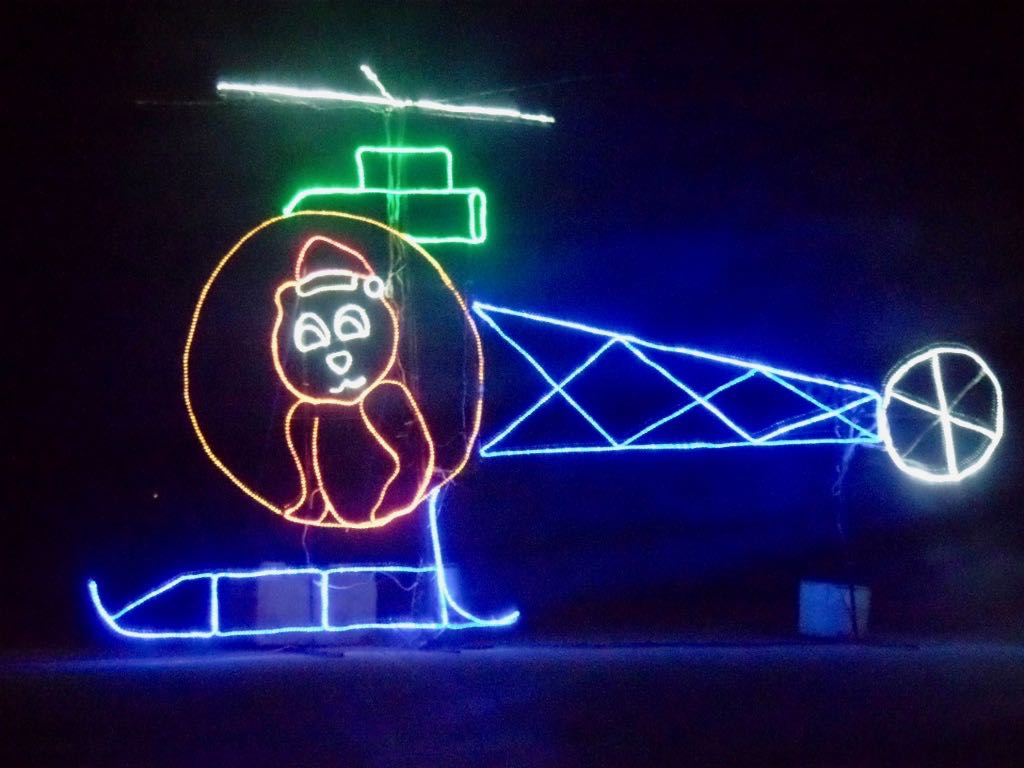 Better view of the teddy bear in a helicopter. 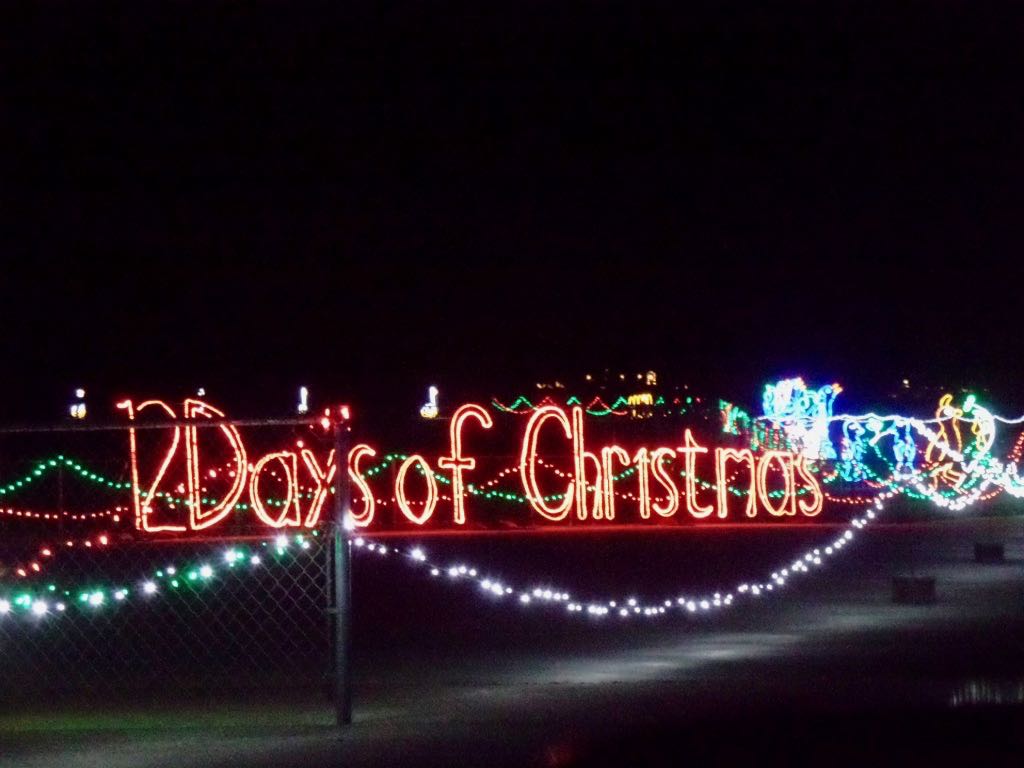 Ah! Ready for the 12 Days of Christmas? We wondered if it'd be the same lights as at Crossroads Village. 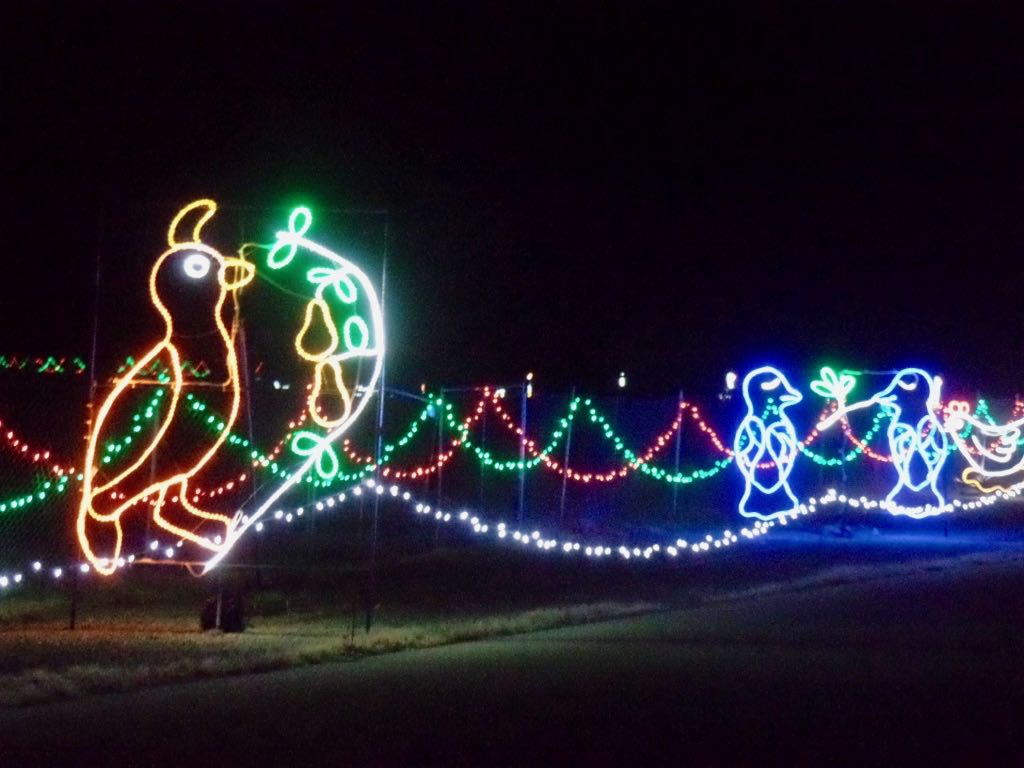 Nope! Very un-Crossroads here with your basic partridge in a pear tree and two turtle doves. 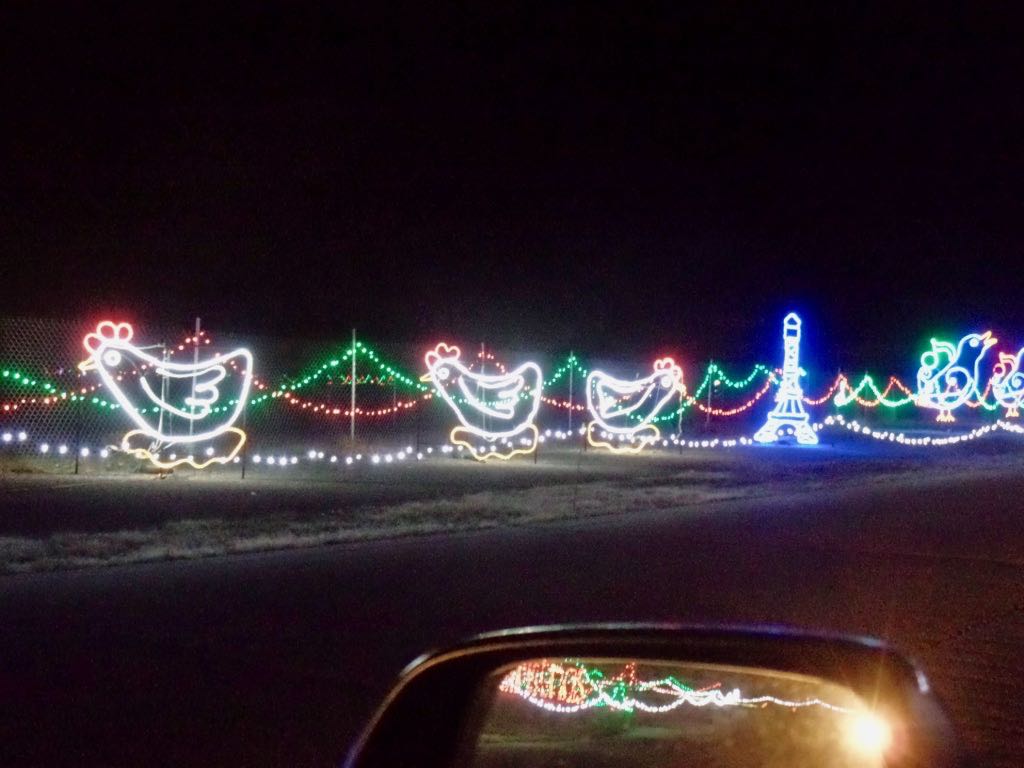 Three French hens, as proven by the Eiffel Tower there. 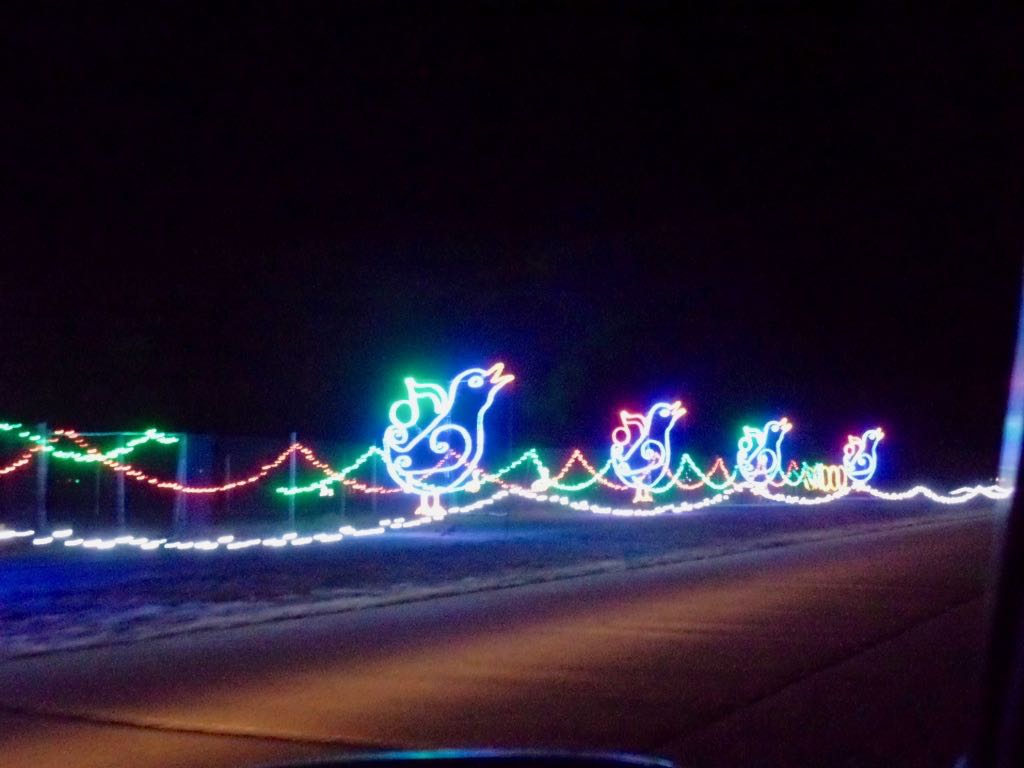 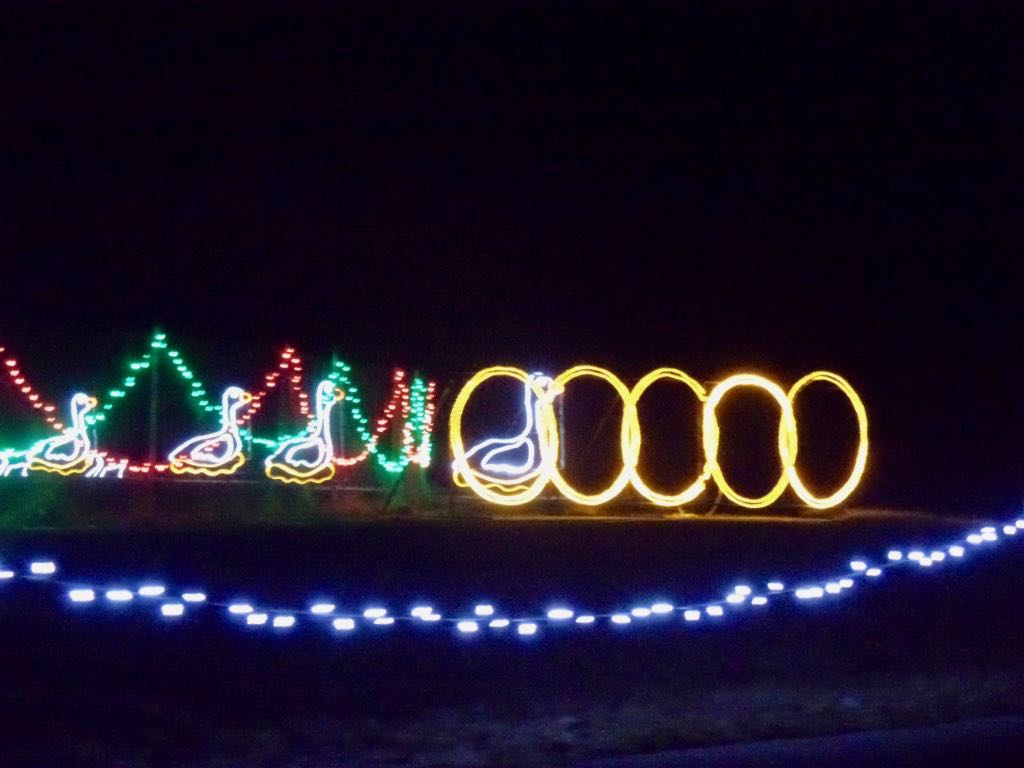 Five gold rings! We were hoping for them.

Trivia: When Rene Descartes's coffin was exhumed in May 1666, it was taken by cart to the residence of the French ambassador, the building from which his funeral procession had started, and by the same route. Source: Descartes' Bones: A Skeletal History of the Conflict Between Faith and Reason, Russell Shorto.