Now I'm not frightened of this world believe me

We found him after midnight last night, when

bunny_hugger was trying to give him the meloxicam that should have relieved his pain the last couple weeks. We couldn't see or hear him and had to search his cage, and found him just there, motionless in the litter, not far from the Eating Hut that became his final nest.

Just on Thursday we had grabbed him one last time, to change out his litter in the hopes of breaking the life cycle of any mites that had yet survived. This meant throwing out yet again the boxes and tubes and rabbit fur and pieces of hay that he'd built to be just how he liked them. We compensated, of course, with new boxes --- including an egg carton --- and tubes and more fur from the ever-shedding Sunshine.

And he was still up for building; I'd heard but not seen him Friday morning, scratching and tugging on things. We found the paper towel tubes tugged into the cardboard box that once held tea. So he was still working on making his system of tunnels and escape tubes up until the day of his death. It's hard not to think, though, that he was already feeling exhausted by the cancer growing on his belly --- and spread to his chest --- and now he had to start over yet again.

When we changed out his litter Thursday I held him. Past times I'd discovered he would happily walk forever, if I held my empty hand just below the one he was in. Thursday he wasn't interested in that and

bunny_hugger hypothesizes that the growth on his belly was so big that going hand-to-hand became painful. He was still interested in looking over the edges of my hands, and poking into my sleeves. I was thinking what I would do if he got into my hoodie, and how to get him out safely.

We're relieved that he seems to have been healthy and active until very shortly before dying. That we didn't have to decide he was having such a miserable time he couldn't be dragged through more. His disinterest in walking hand-to-hand was the first unusual behavior he'd shown, and it didn't seem that unusual. Stranger was that Thursday night he'd eaten most of the bread-and-meloxicam-and-peanut-butter mixture that held his medicine, but dropped the last and didn't pick it up again. That was the first we ever saw him disinterested in appealing foods.

I do wonder how much Fezziwig understood of his environment. Whether he had hypotheses about why we were giving him so many more treats now. What he made of this blend of bread and peanut butter and meloxicam. What he made of me sometimes grabbing and holding him while a steroid cream got smeared on his back, and whether that made him feel any less bad, and whether he connected those at all. He could make connections. He understood our giving Sunshine her eyedrops meant it was a good time to ask for treats. He understood

bunny_hugger coming over and calling to him meant food was likely. But how far did that go?

He seemed like he was happy, as far as we could tell. He did give us cause to be happy for so much of his life.

We buried him today in the backyard, digging a good six inches or so through hard ground. We set on top a concrete slab the neighbors tossed in our yard when they demolished their old garage. This in the hopes the slab will be too big and too heavy for any raccoons to dig up and disturb his corpse. Enough things pick on mice; we can at least give this one quiet.

And to close out here's a couple pictures of Fezziwig that I was scheduled to post this coming week anyway. 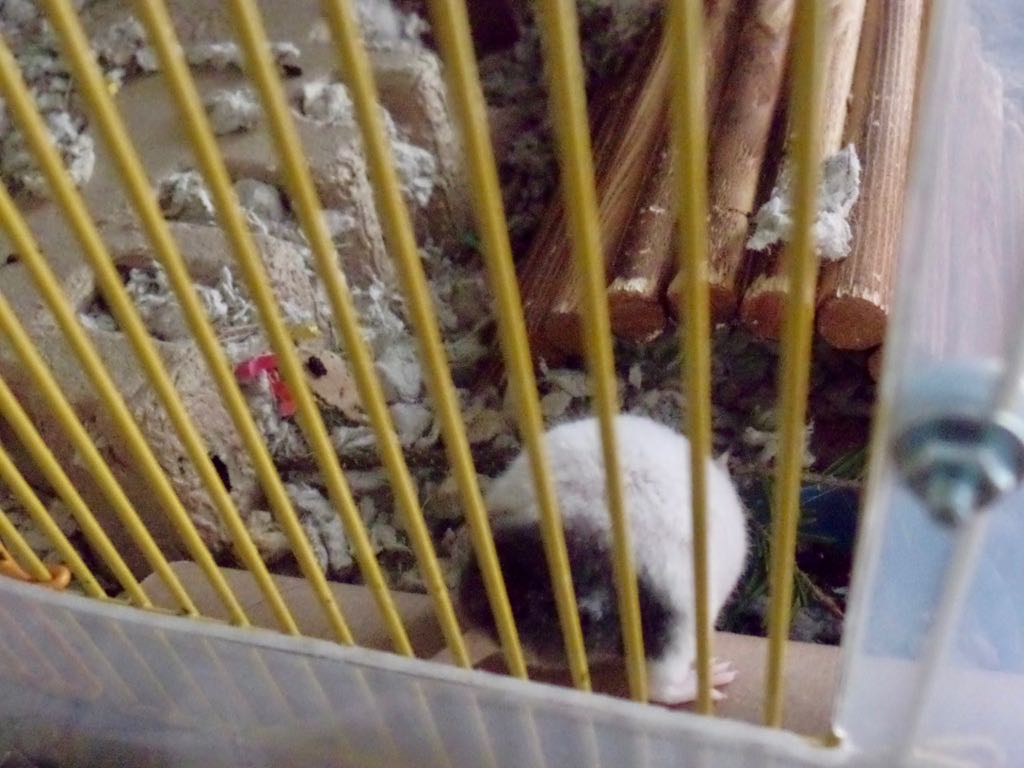 Fezziwig sitting on top of a paper towel tube, judging whether to leap down. You get a good view of his 'pants' here. 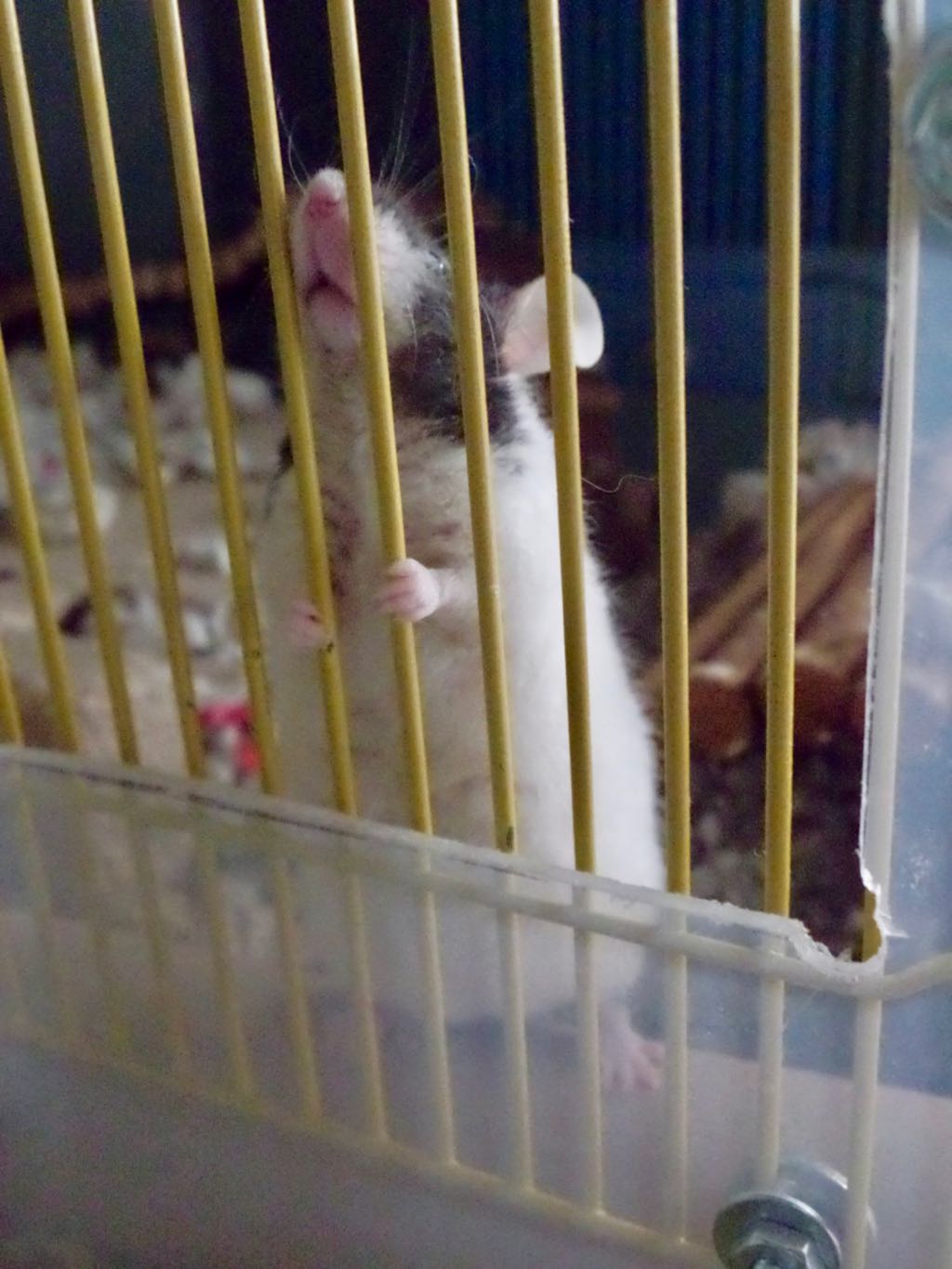 And here the little guy is standing up by the bars with hope. He was always optimistic and we tried giving him reason to be.

He was hard to photograph. He was always fast-moving, and lived in a corner of the house that's always terribly dark. And he was only really behaving naturally when in his cage, which was translucent plastic with a couple windows cut out and covered by metal bars, a hard thing to focus through. But we have some that are great and many times we could remember.

Trivia: In May 1574 Henry, who had been crowned King of Poland three months earlier, fled the country in disguise and under cover of darkness (and taking with him diamonds from the Polish crown valued at 300,000 écus) for France, where he would reign as Henry III. (This following the unexpected death of his brother, Charles IX.) Source: A History of Venice, John Julius Norwich.