I paid the whole bill

We had a brief scare, as we couldn't specifically remember having put food in Fezziwig's dish after the last time we cleaned his cage. We tried to reason it out, for example that on his last day he didn't come up to the bars, begging, when we took care of our pet rabbit, when he had worked out that treats were readily available then. Our comfort came when we rooted around and found that yes,

bunny_hugger had filled his food dish. More, he had partly emptied it, having the seeds and some of the tastier monkey biscuits, which is a pretty good bit of eating for being under a day. (He may have cached some of this and we haven't found that, but it does mean he wasn't going hungry.) So the anxiety is relieved.

Now to miscellaneous December 2020 pictures, mostly from me walking around Lansing. Some from being at home. 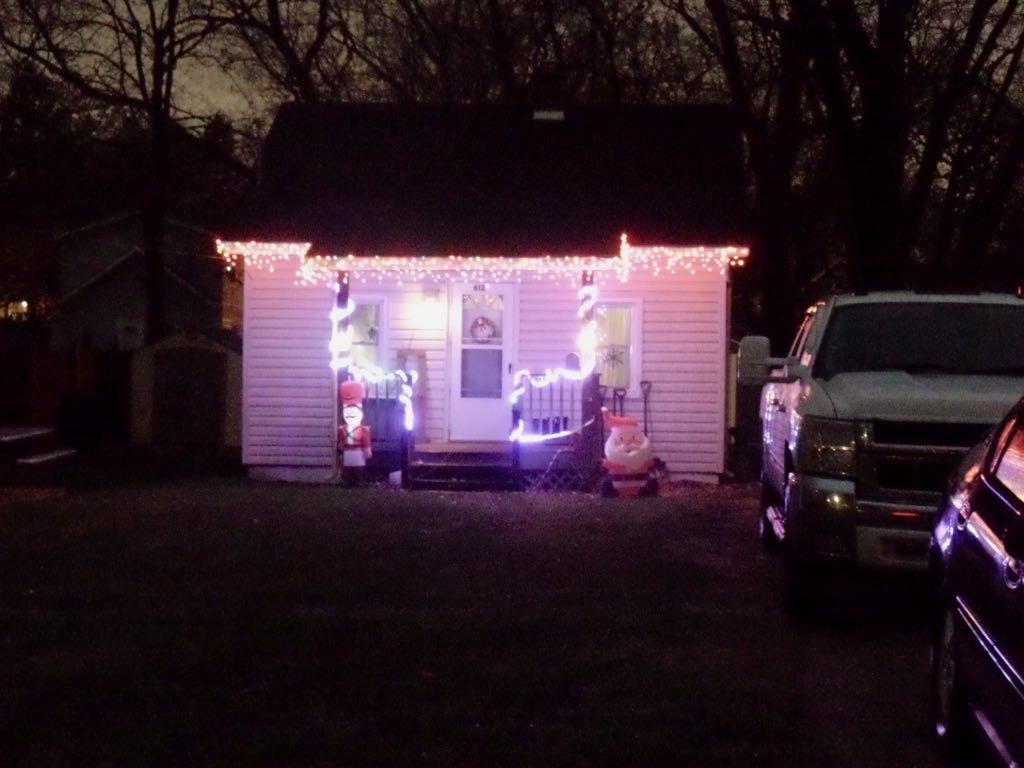 Modest house with icicle lightings along the roofline. 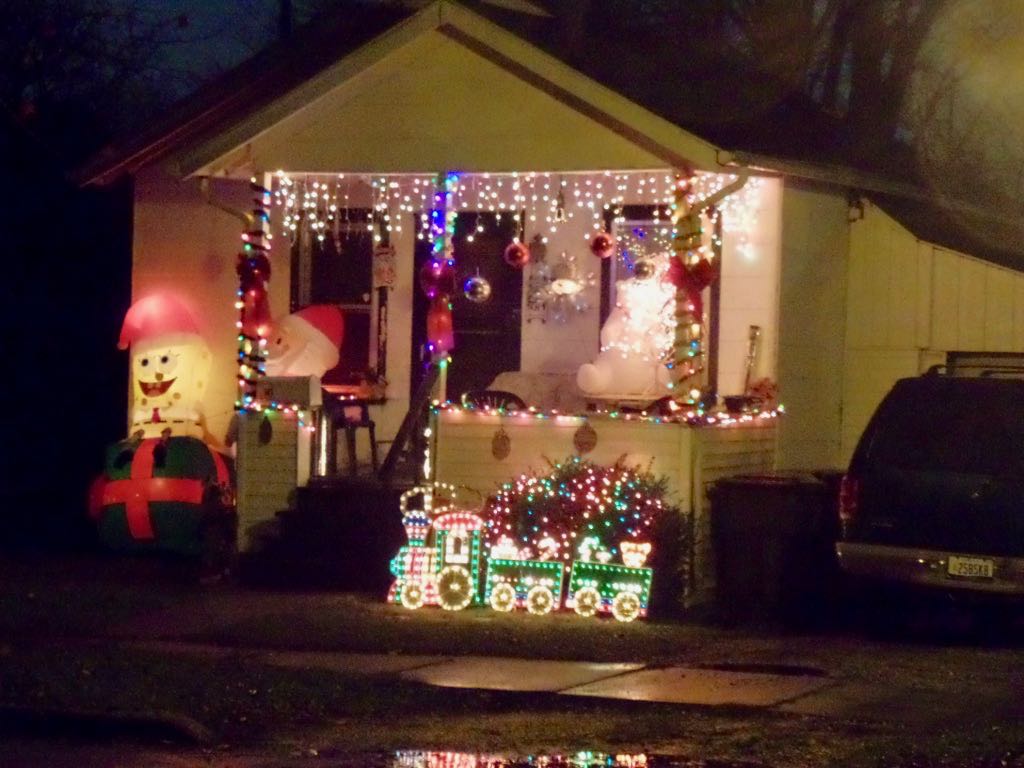 Another small house but with a bigger toy train budget. 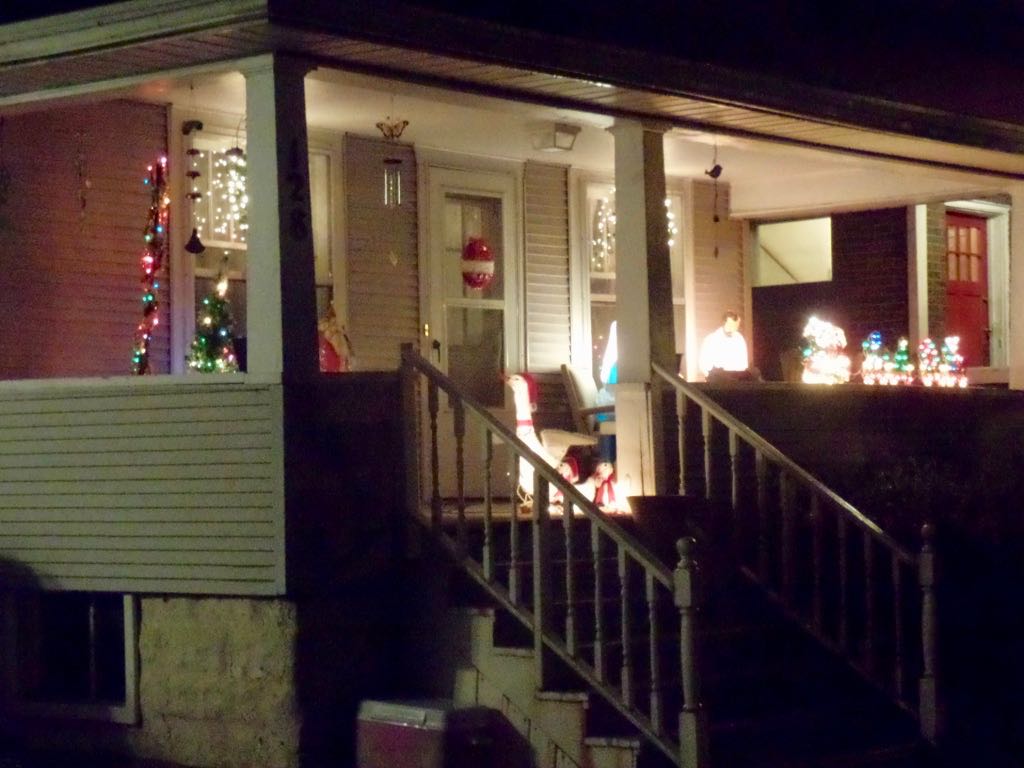 One of many advantages of having a porch is filling up the space like this. 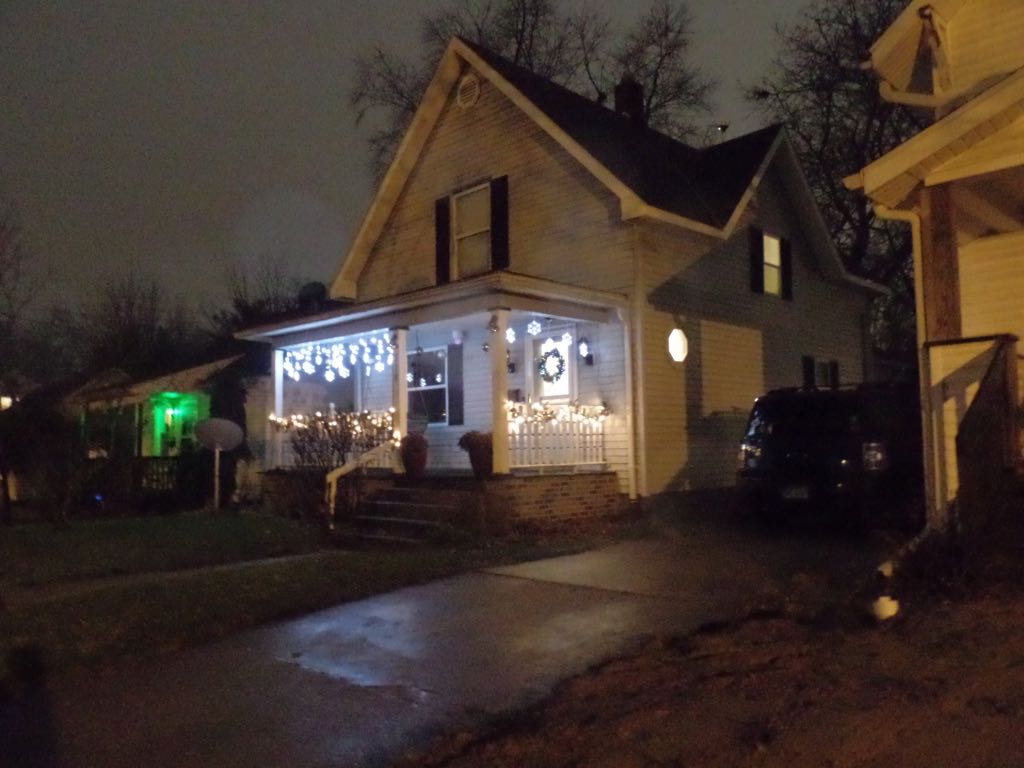 See? Got a porch, got a lot of lights. 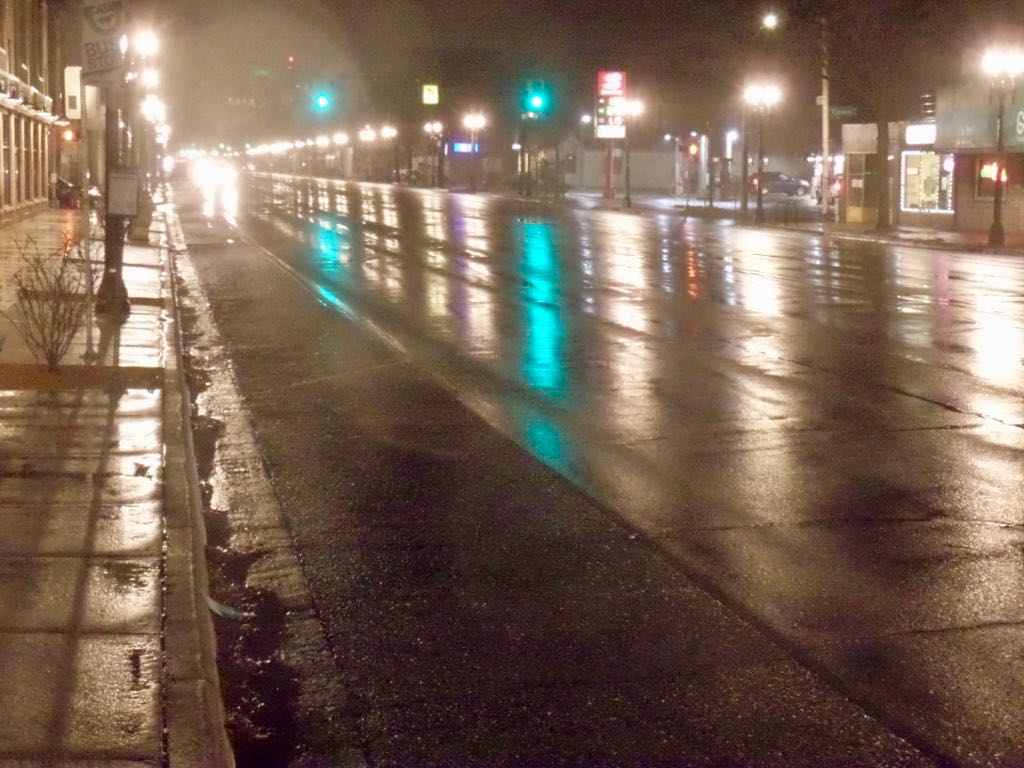 We never had a really major snowstorm all winter, but we did get rain and mist and melting snow enough to allow for gorgeous reflection shots, as for example this view of a boring stretch of Michigan Avenue. 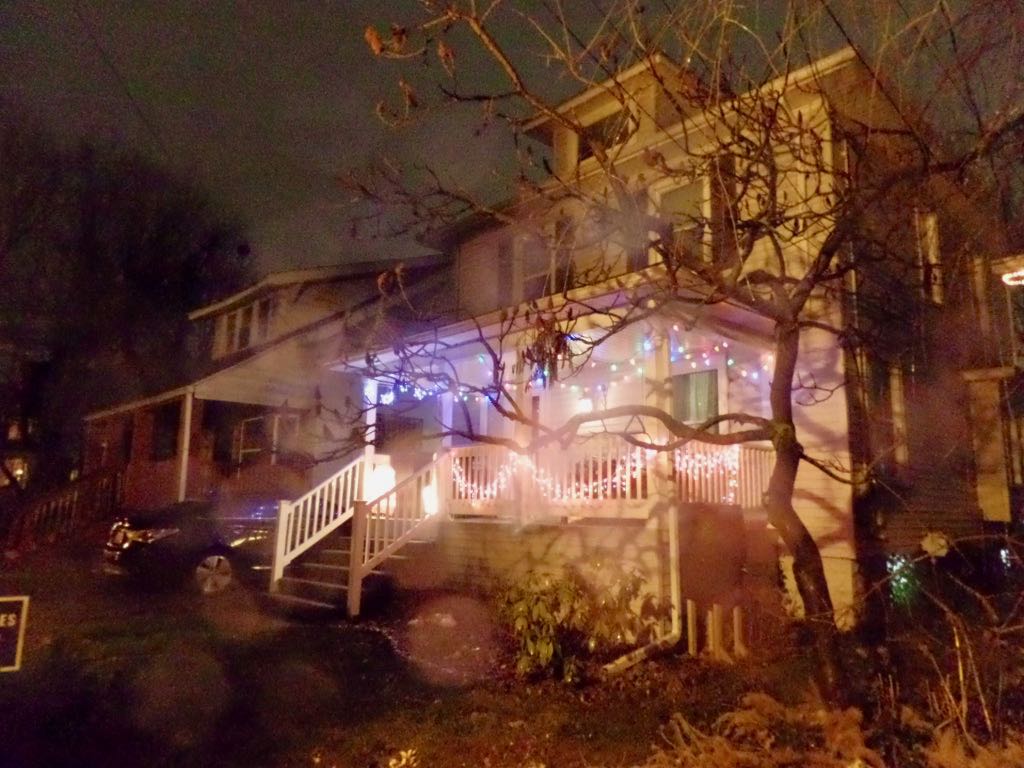 Okay, now the mist is getting in the way of my camera. 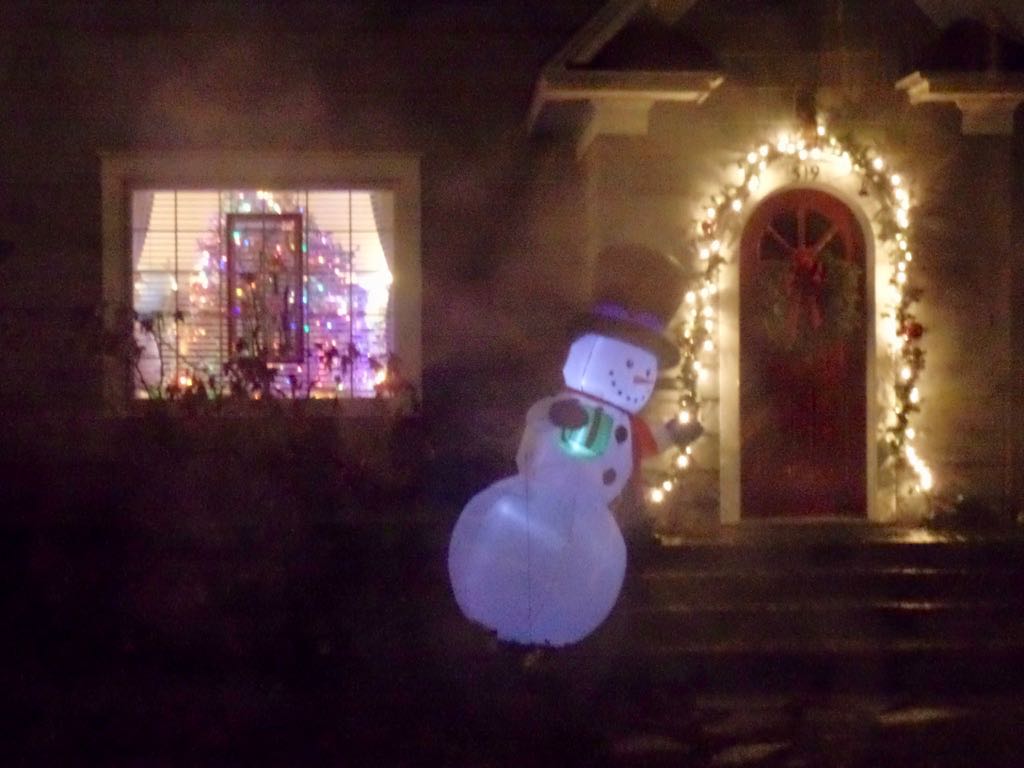 That's a lot of Christmas tree inside, behind the tipsy snowman. 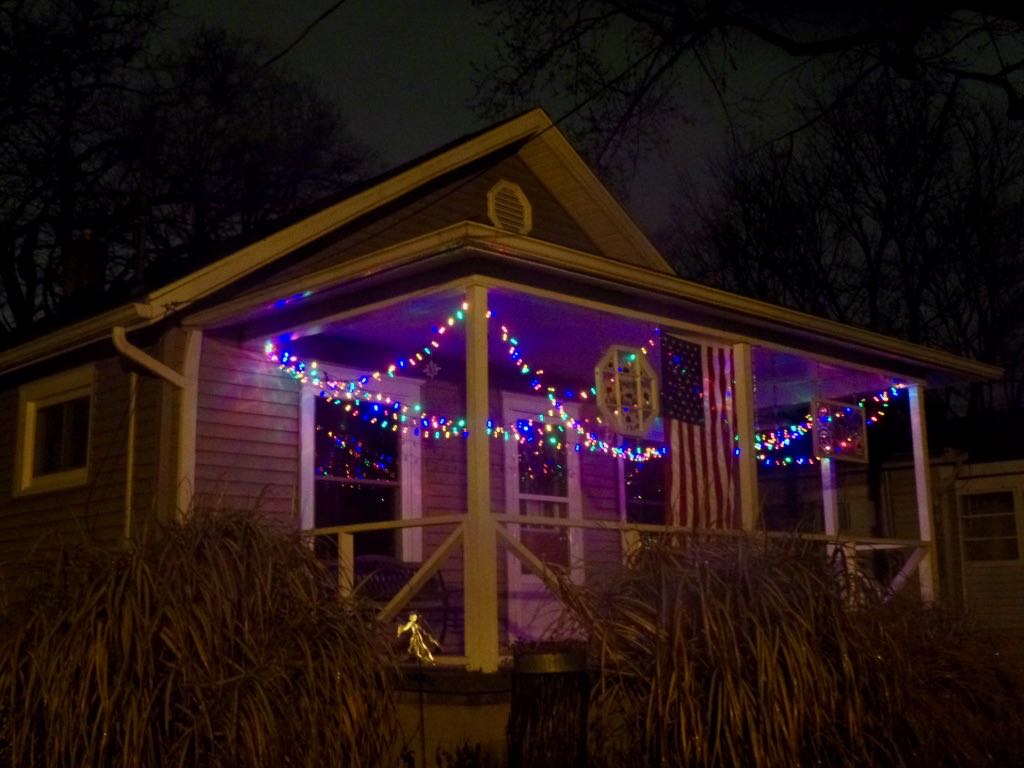 Another nice bit done with the porch. 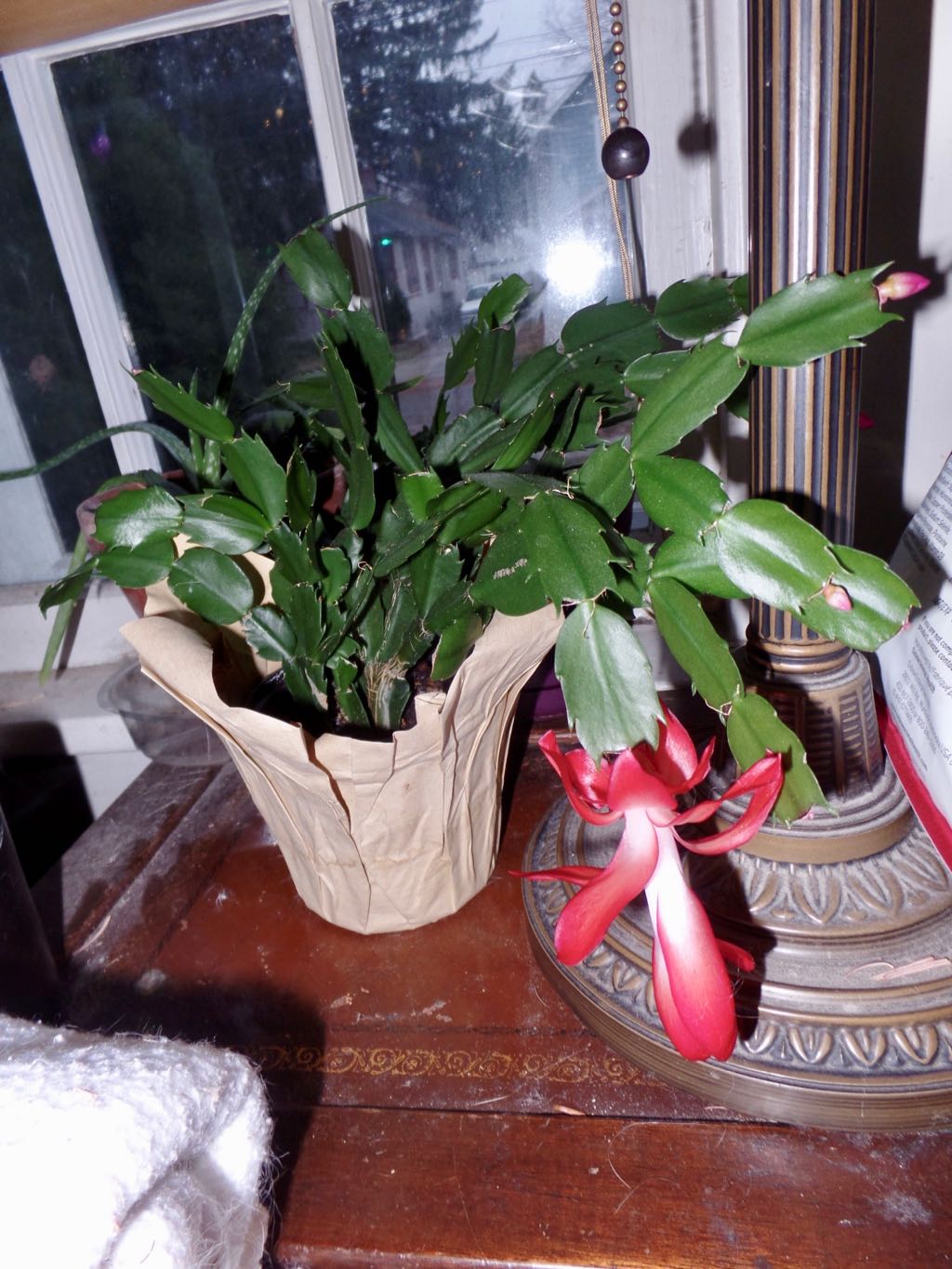 Inside our own house.

bunny_hugger's Christmas cactus flowered! Several times over, in fact. Sunshine bit off one blossom but we saved the rest. 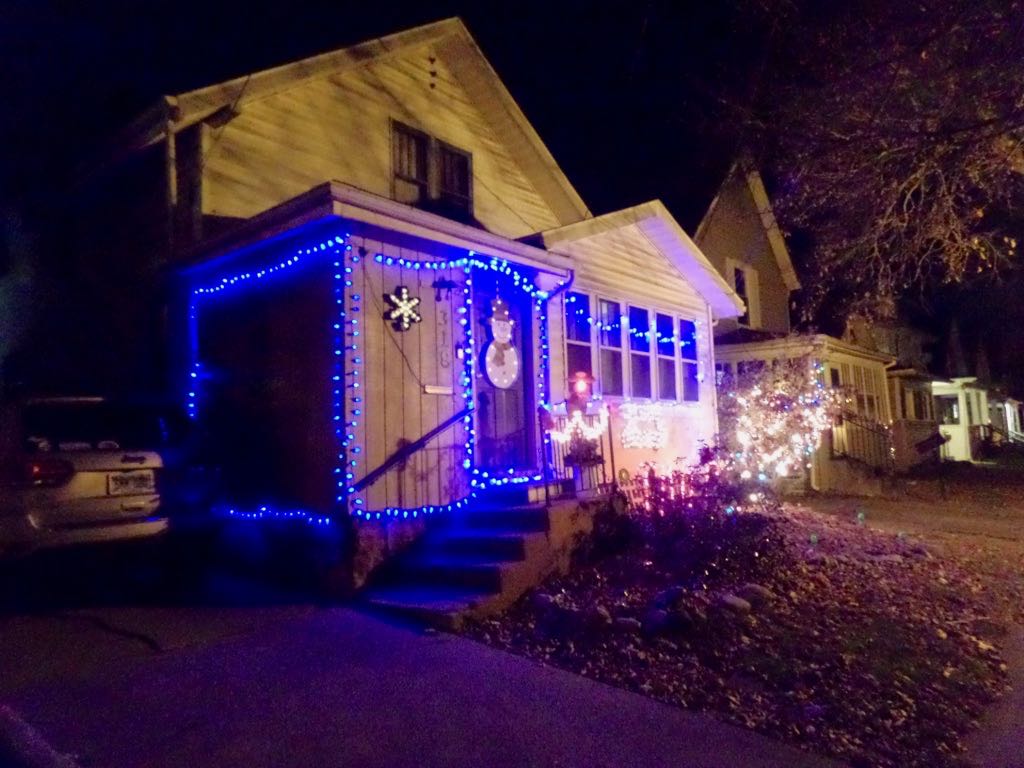 More walking. Here's the front door and the bushes festooned with lights. 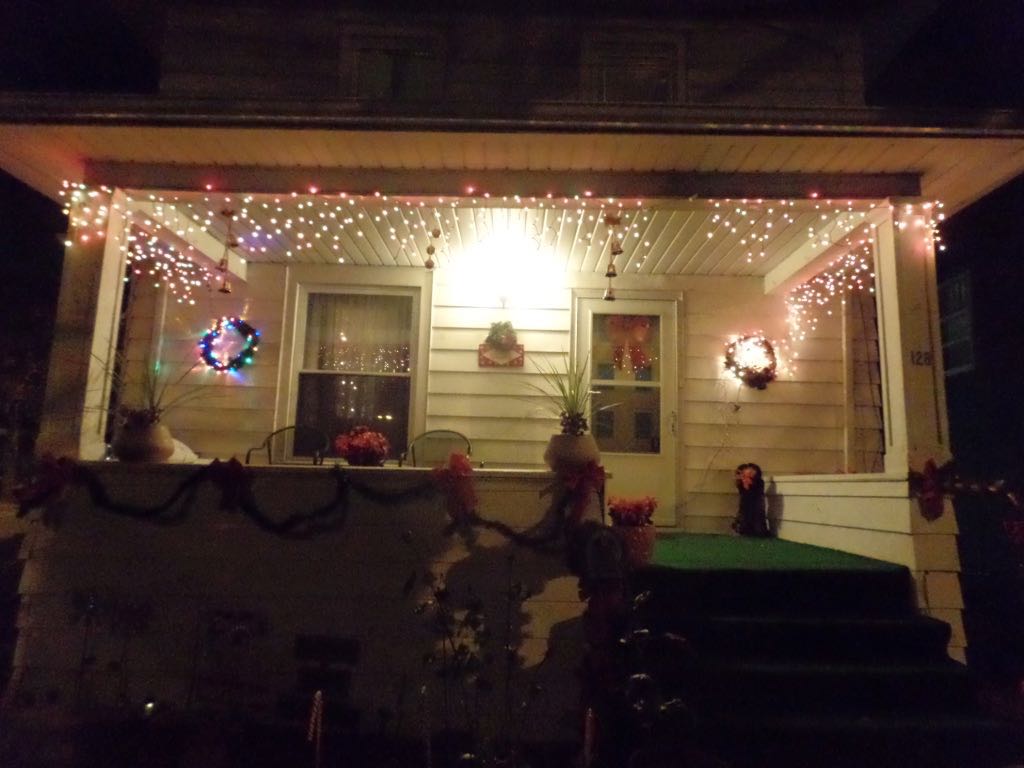 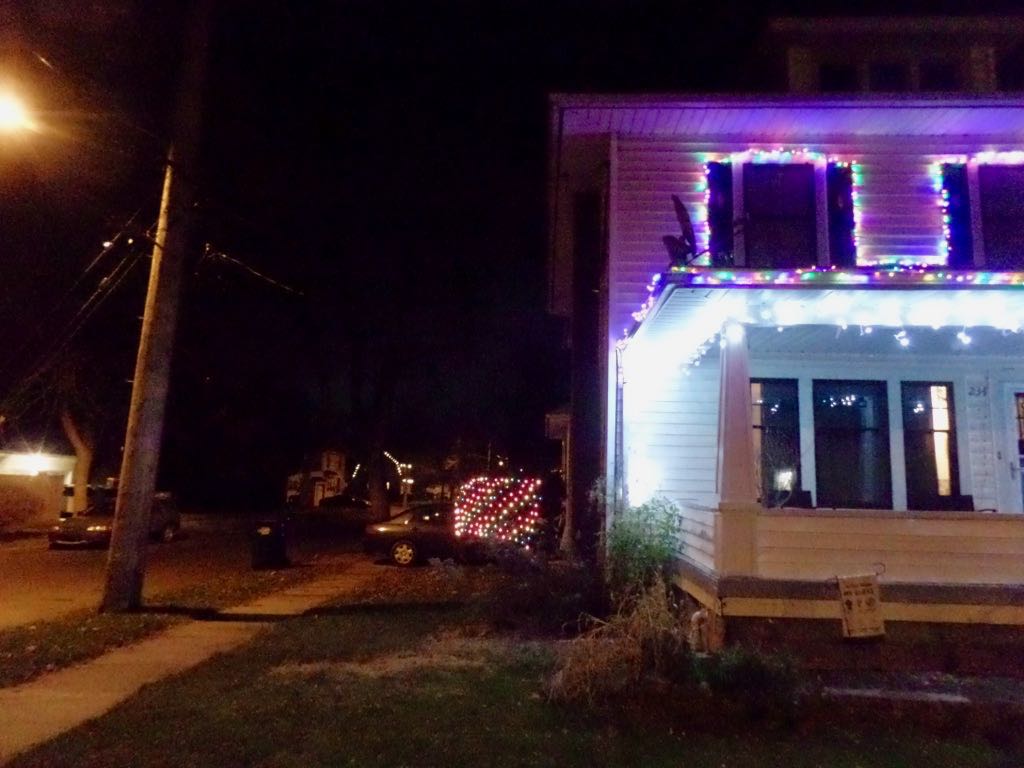 Lighting both on the house and around the corner.

Trivia: By 1770 the (European-settlement) population of British North America was about 2.3 million, greater than the population of Scotland. Source: Empire: The Rise and Demise of the British World Order and the Lessons for Global Power, Niall Ferguson.

Currently Reading: Great Comics Syndicated by the Daily News-Chicago Tribune, Editor Herb Galewiz. Published 1972, which is why it writes about comics like Smilin' Jack or Winnie Winkle as if they're ongoing affairs or beloved or that anybody knows what the heck they are. It also speaks of an older strip, Tiny Tim (about a boy with a magic amulet to shrink) by mentioning there's a new Tiny Tim in pop culture and ... eh ... I think by 1972 Tiny Tim had pretty much left the pop culture, but it's nice to be thought of.