Because insurance won't, they just won't

Very glad for this moment. I know Derek Chauvin will ultimately be sentenced to 12-to-15 minutes of sitting in a slightly-too-warm conference room. And even that sentence will be overturned when the appeals court rules the jury ``improperly regarded the murder of a Black man as though it were a crime''. And then Chauvin will go on to a high-paying job in the right-wing dingbat grifter speaking circuit. But this moment, at least, is a good moment.

Oh, a mathematics post: No, You Can't Say What 6/2(1+2) Equals based on that thing going around Twitter recently.

And in the story strips, What's Going On In Dick Tracy? What was in Pouch's blue balloon? January - April 2021 which centered on a building at 1312 Bedwell and who knew the comic strips were that hep to the lingo? 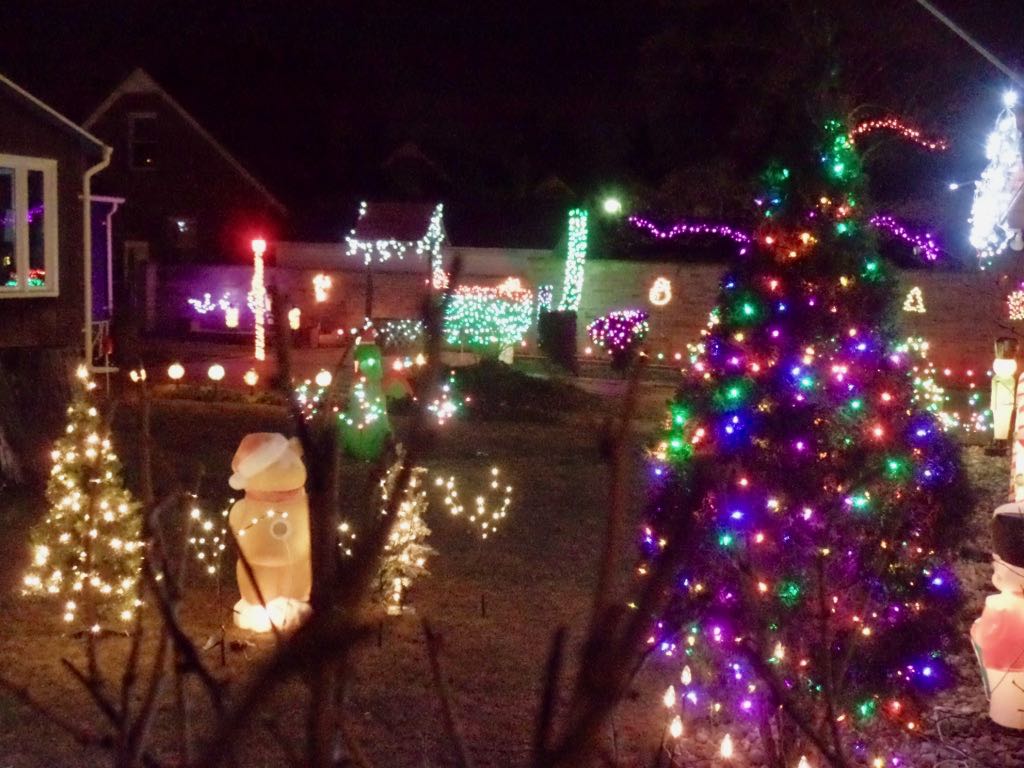 One house went wild, packing the backyard with everything they could. 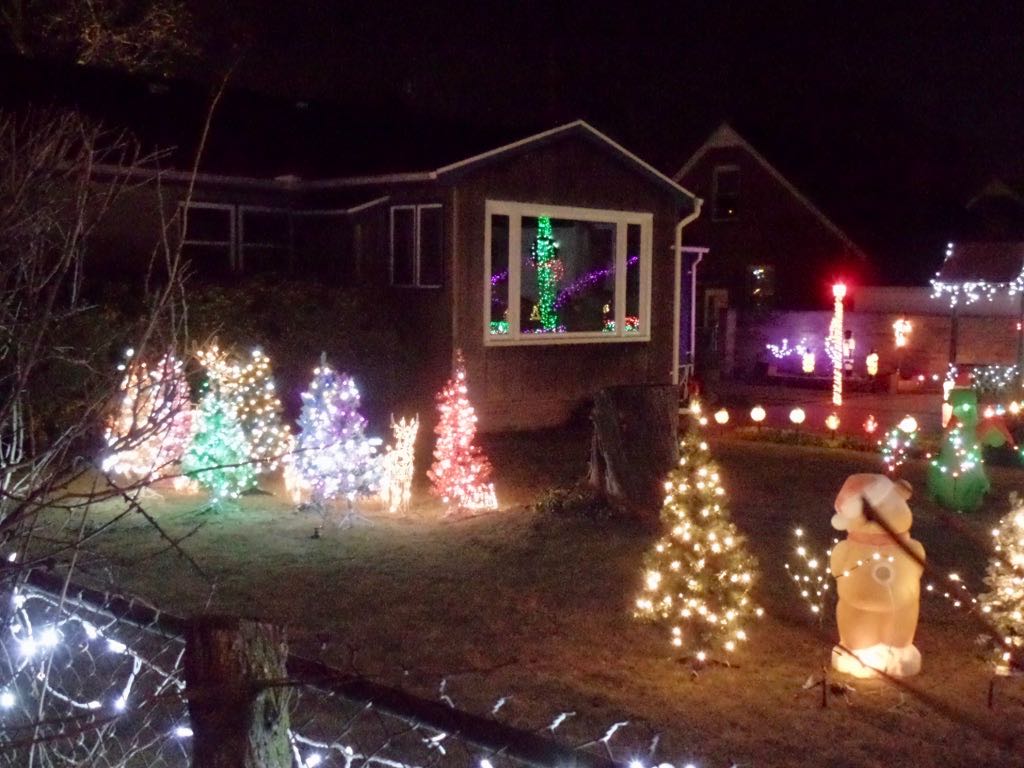 More of that backyard. The lights in the window are reflections, not interior decoration. 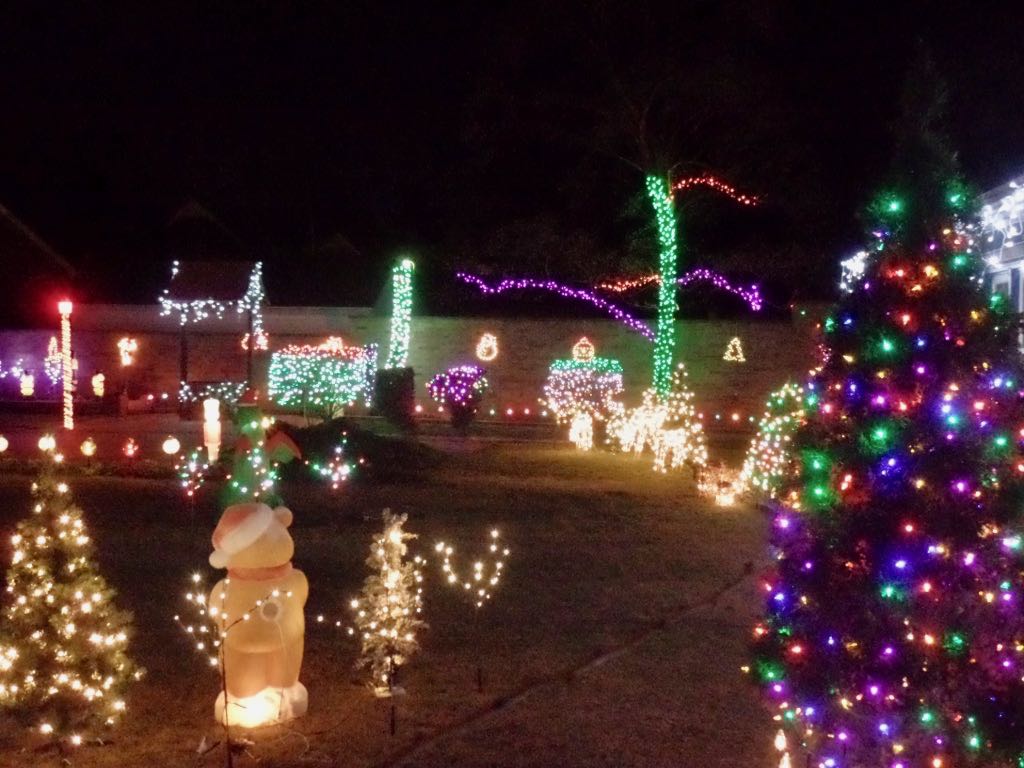 Here's the backyard being reflected. I don't know why there's an inflatable Ziggy in the lower left. 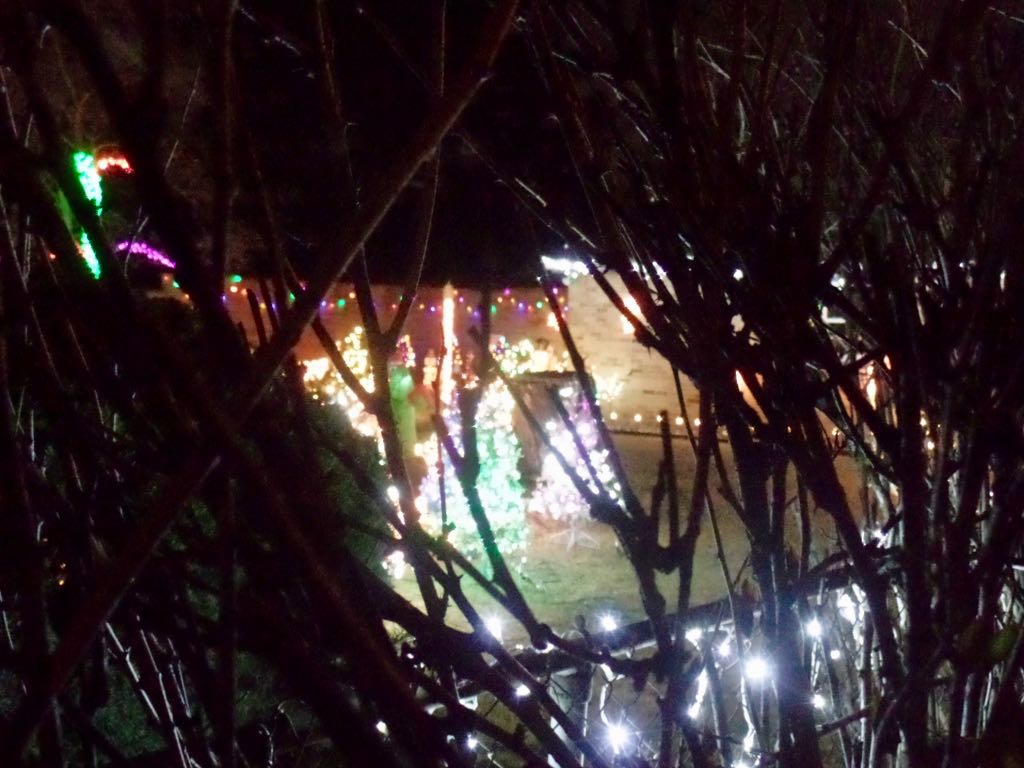 And the overstuffed backyard seen through the bushes. 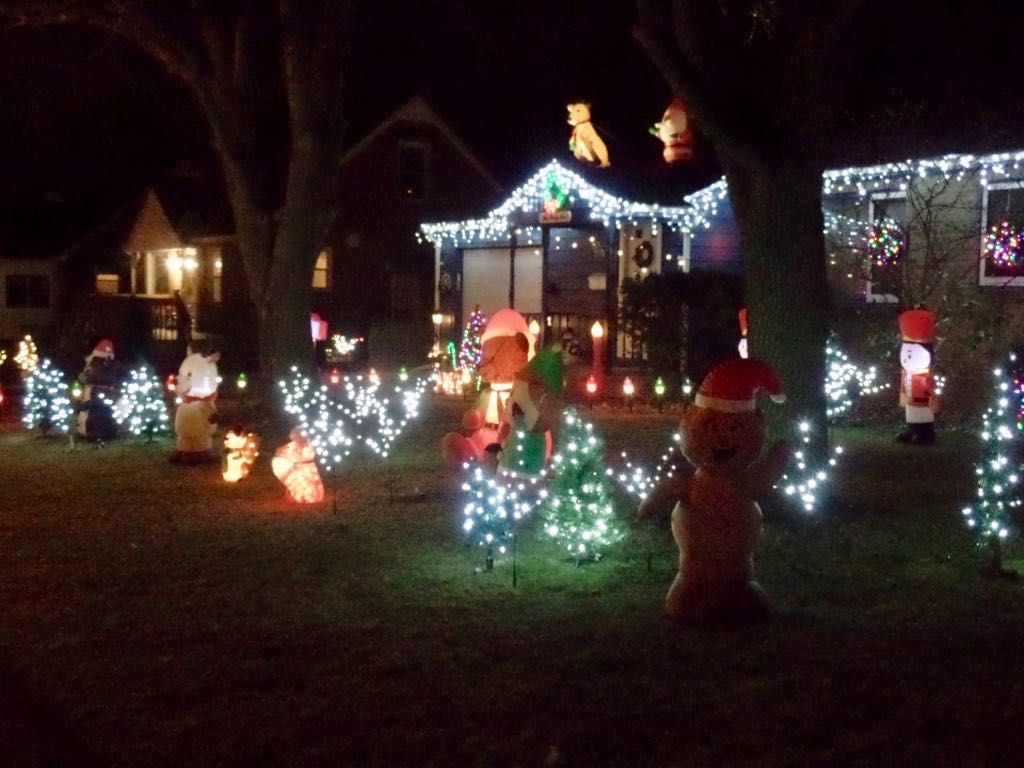 Oh, and here's their front yard, in case you worried they were back-yard-heavy. 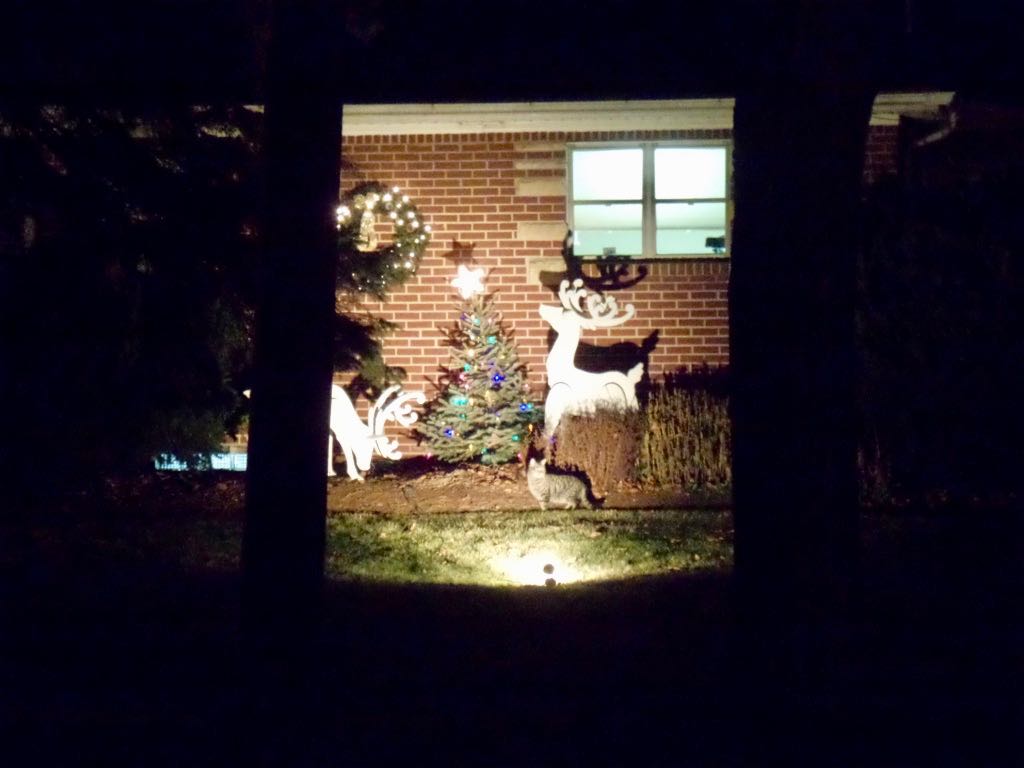 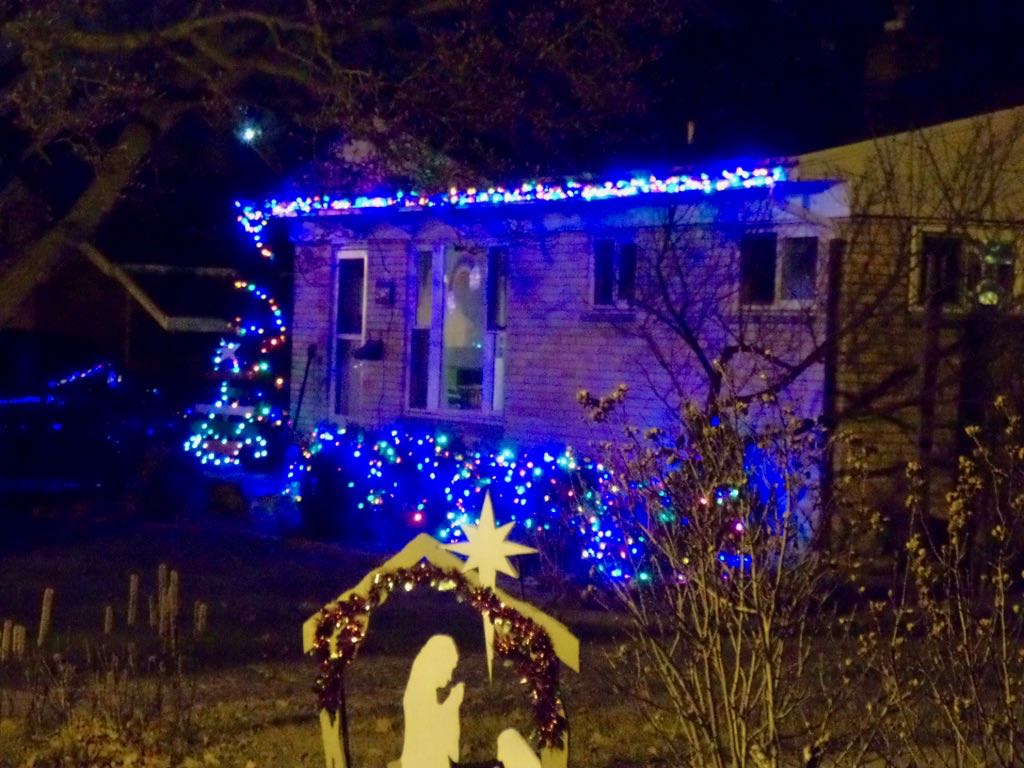 A nativity silhouette and then the decorated house behind it. 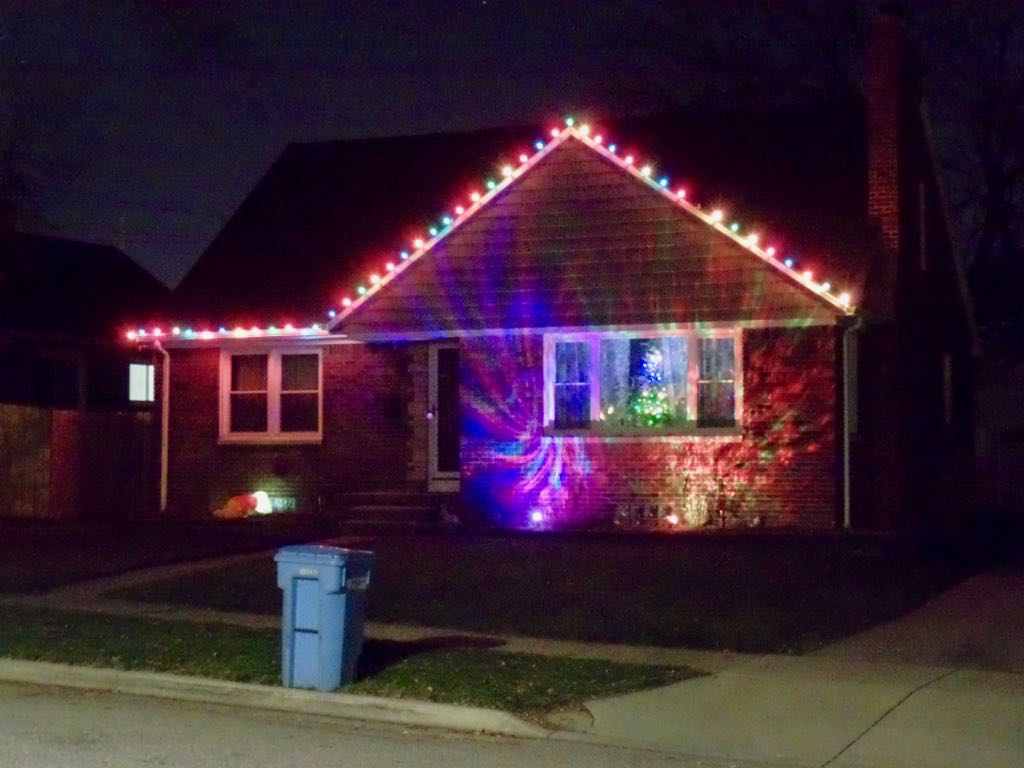 Some folks had light projectors to add to their style. 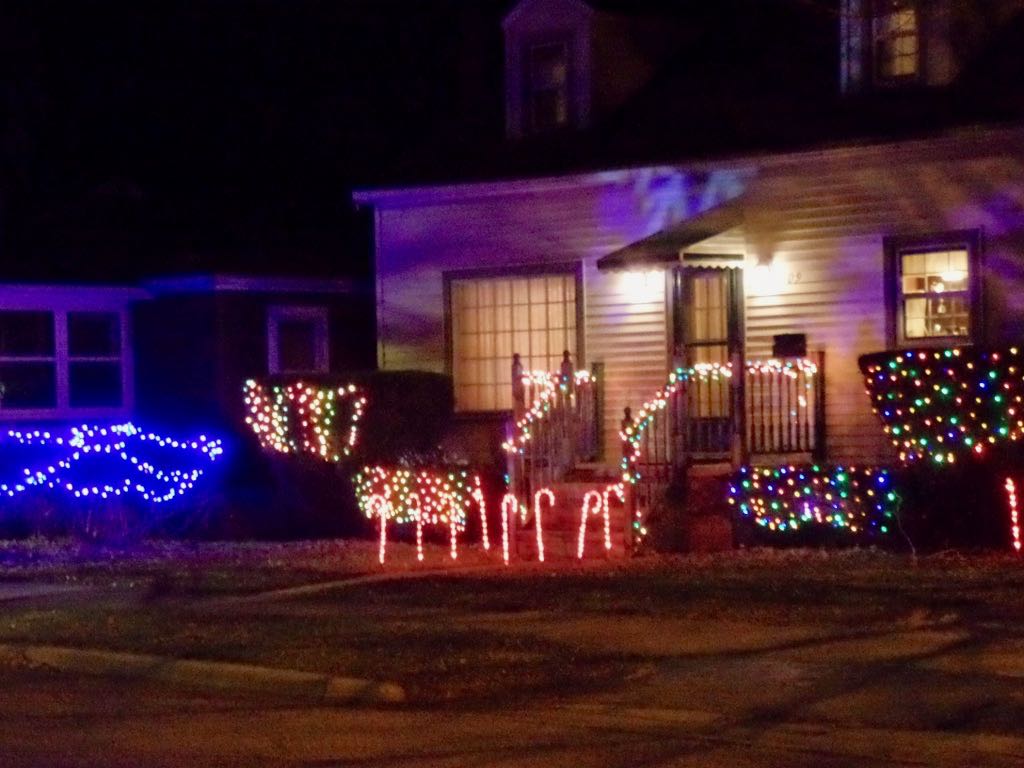 Candycanes lining the walkway. Lucky not to have had heavy snow this season. 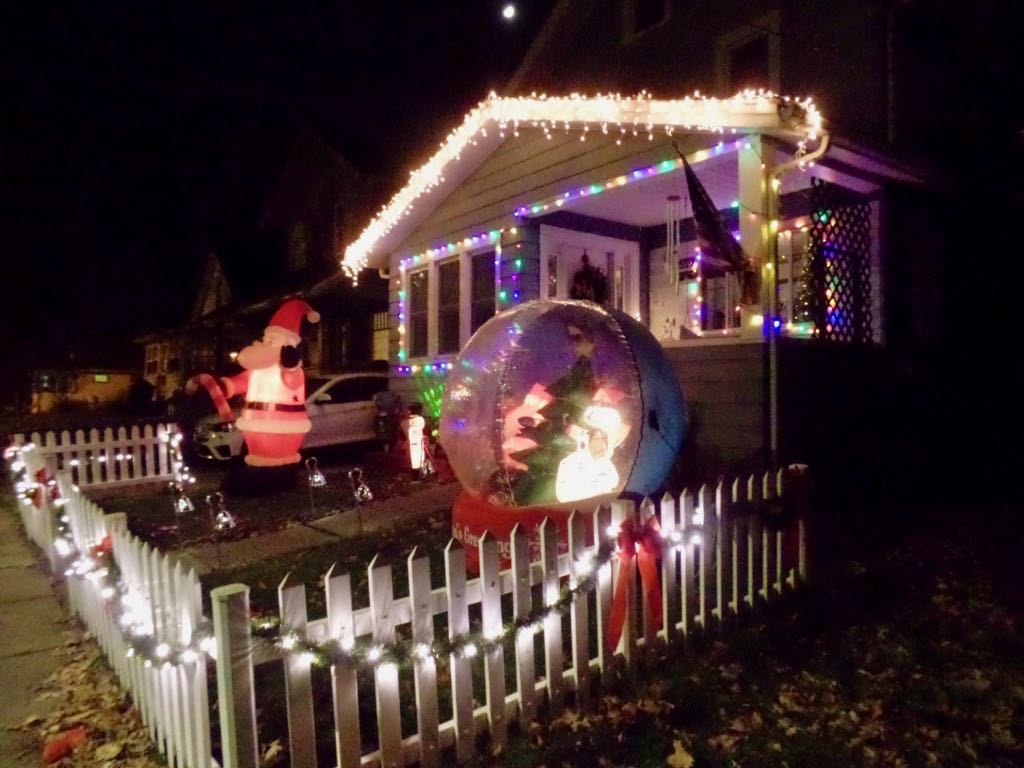 These folks went all-out on their inflatable decorations here. 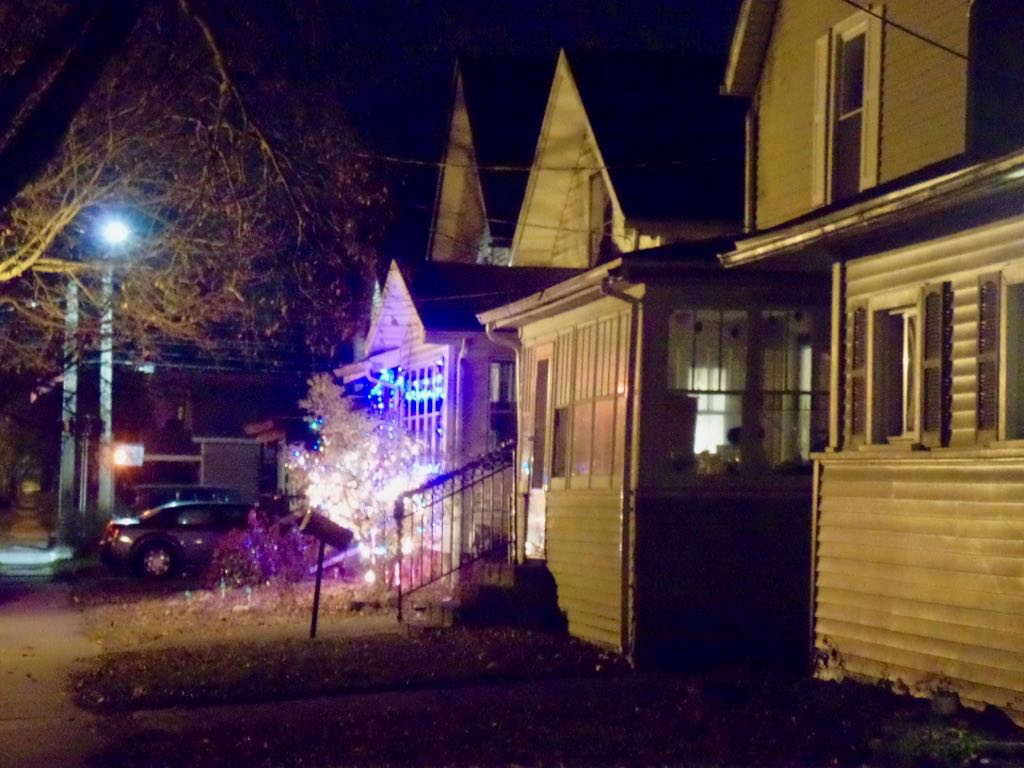 A bush looking as though it's all lights. 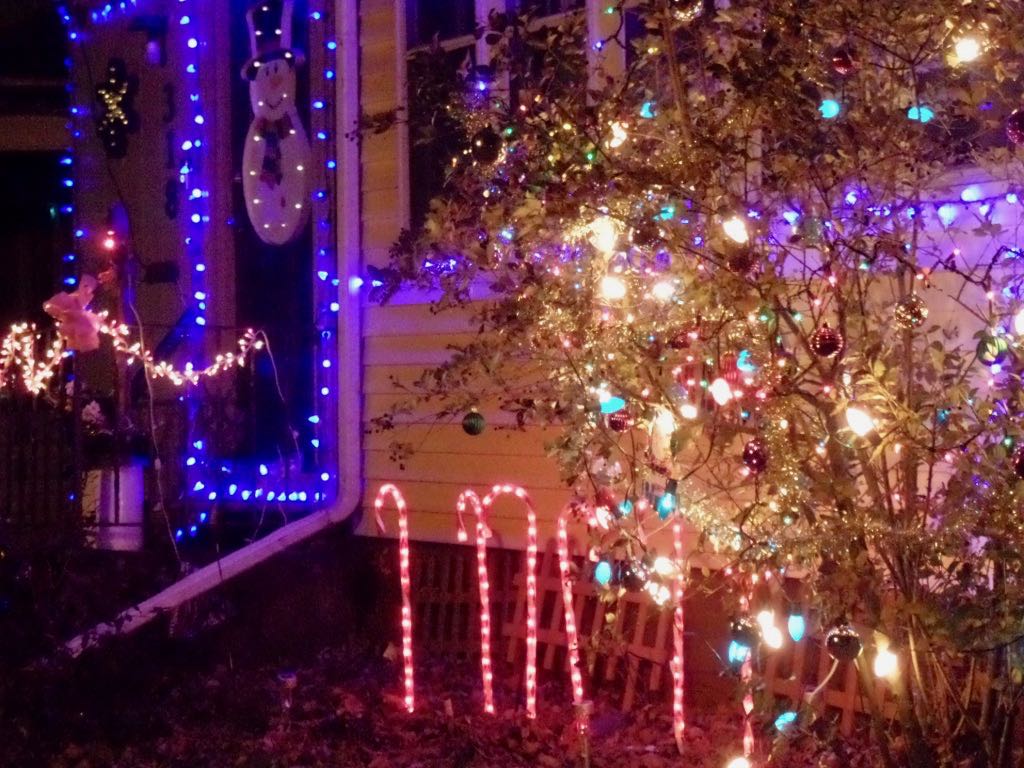 And why that bush looked so much like it was made of light.

Currently Reading: Great Comics Syndicated by the Daily News-Chicago Tribune, Editor Herb Galewiz. So I get that The Gumps is of great historic interest --- it was the first really successful story strip, including the first death of an important character --- but seeing reprints of a 1919 comic meant to fill a broadsheet, condensed to an 8½-inch-wide book? That's a strain on my better-than-you'd-expect-for-my-age eyes.