We had company in the house for the first time in over a year. It was EJL,

bunny_hugger's friend from grad school who still teaches at Michigan State. He'd got his second shot two weeks before, and

bunny_hugger had her second shot a week before. I'd had my first shot two weeks before. So this seemed a tolerably low risk. If it hadn't been raining all morning and early afternoon we might have gone outside anyway, but this still seemed all right.

So after an initial bit of awkwardness we settled down and into very usual patterns: drinking coffee, occasionally being interrupted by Sunshine demanding attention, eating soft cookies, sharing stories about the frustrations of teaching. Also the dire state of both their jobs since society has deprecated in the liberal arts and the humanities and is terminating support for them as soon as possible. Also I shared my own job ... weirdness, and confusion, and all that. It seems like we're all stable enough for this year and hope that this will carry us through the crisis.

We spent longer together than usual, the coffee time running to more than three hours. But it was also our first get-together of any kind since October, and the first in our house since ... well, no later than January 2020.

It's strange to think but there will be a day the pandemic is over and we can just go and do a thing without judging its wisdom again. When we can just pop over to play pinball all night, or go to an amusement park, or whatever. Saturday with EJL's visit was the harbinger of that; not quite feeling normal yet, but stumbling towards it. The strange reference it puts in my mind is that Next Generation episode where an alien probe gives Picard a lifetime of memories on some pre-warp planet, and he recovers, and he's taken aback by the no-longer-familiar mundanity of the door sliding open. There's so much of that to come yet.

We ended Christmas with

bunny_hugger's parents so we could get to another annual tradition and one that was less mangled by the United States's decision to drag out the pandemic longer and more miserably than it needed to be. This was the Wonderland of Lights at the Potter Park Zoo, decorations set up around the zoo that's just a quick walk away. (We drove, though, because we figured we didn't want to add another 40 minutes to how long we'd be outside.) So please enjoy photographs of that. 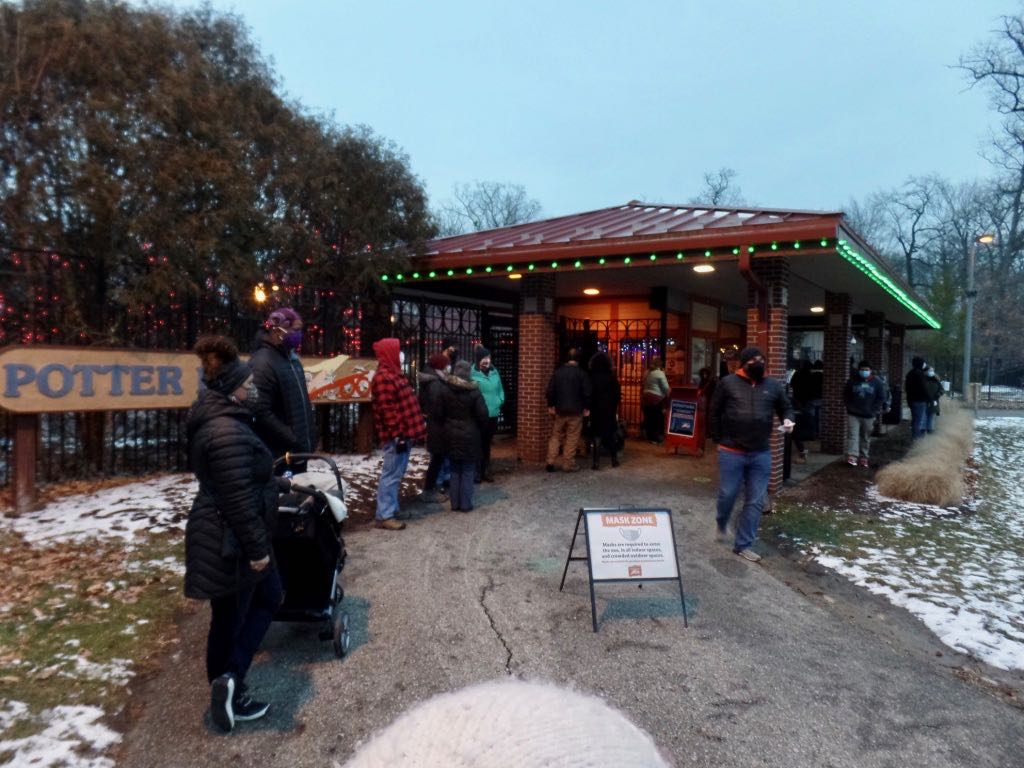 Lining up, at intervals, to get into the zoo. We went at opening, for the Wonderland of Lights, the better to find a spot when someone without reservations like us would be able to attend. We were able to get in right away, glad to say. 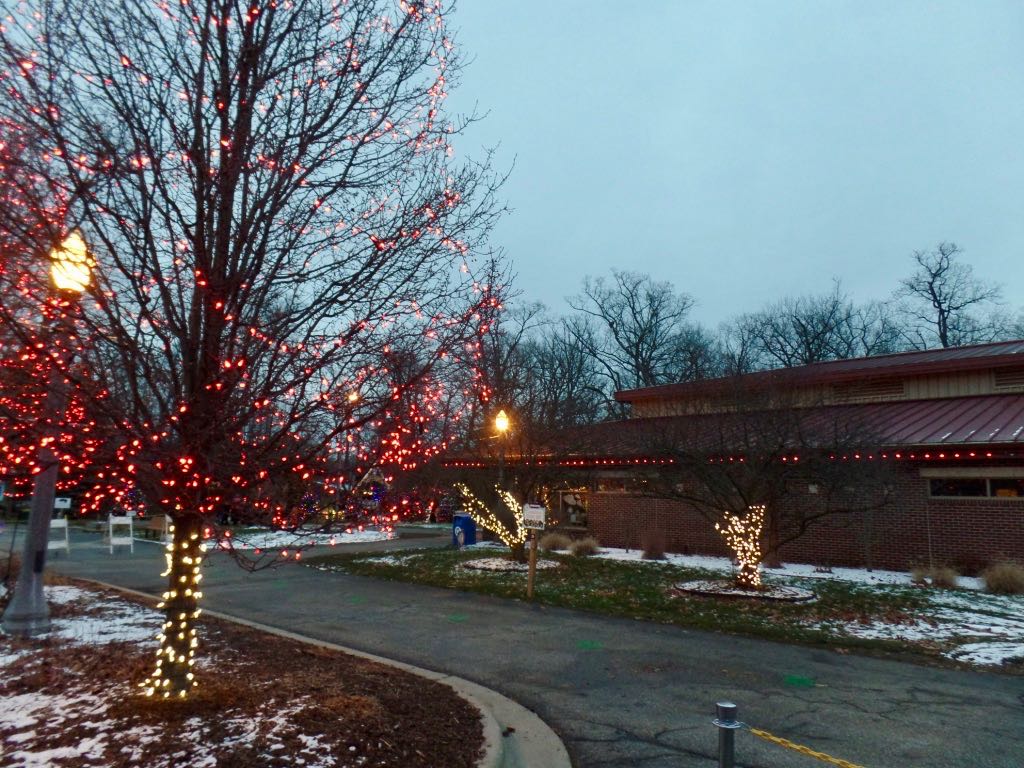 The entrance walk of the Potter Park Zoo. The building there normally houses animal-encounter experiences where, like, you pet a rabbit's backside. Or you build a mask or a decorate a cookie. Maybe for 2021. 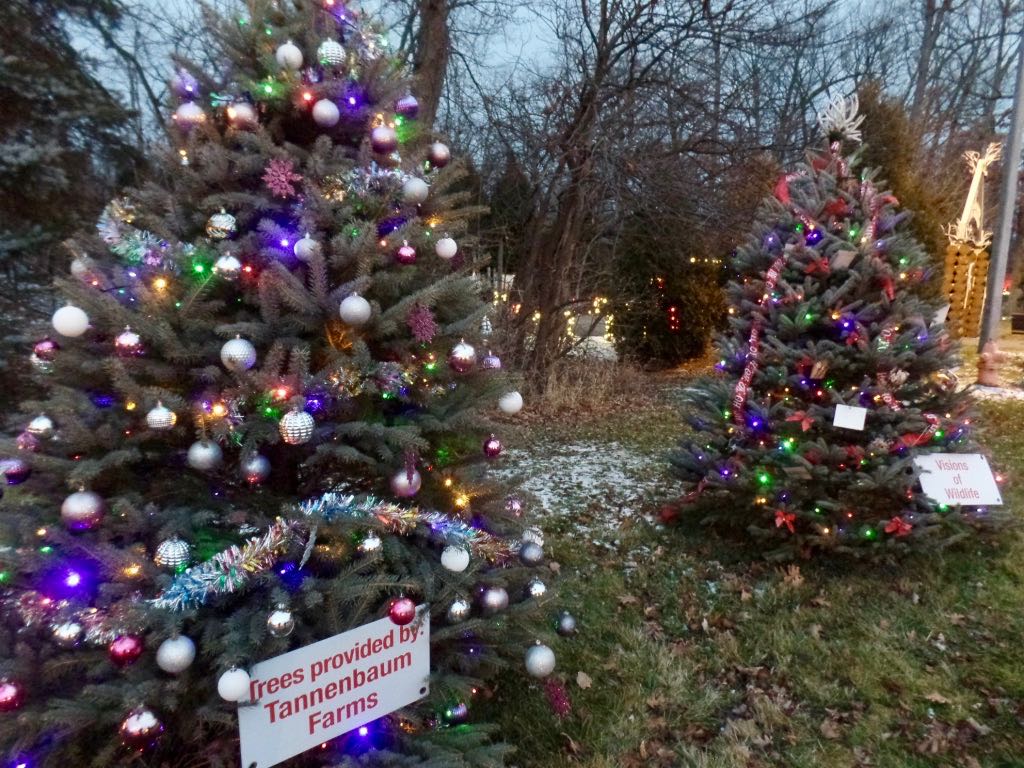 They still had the sponsored trees, though, decorated by people who ... I don't know how they arrange this. We didn't go to a corn maze this year but at least the corn maze was thinking of us. 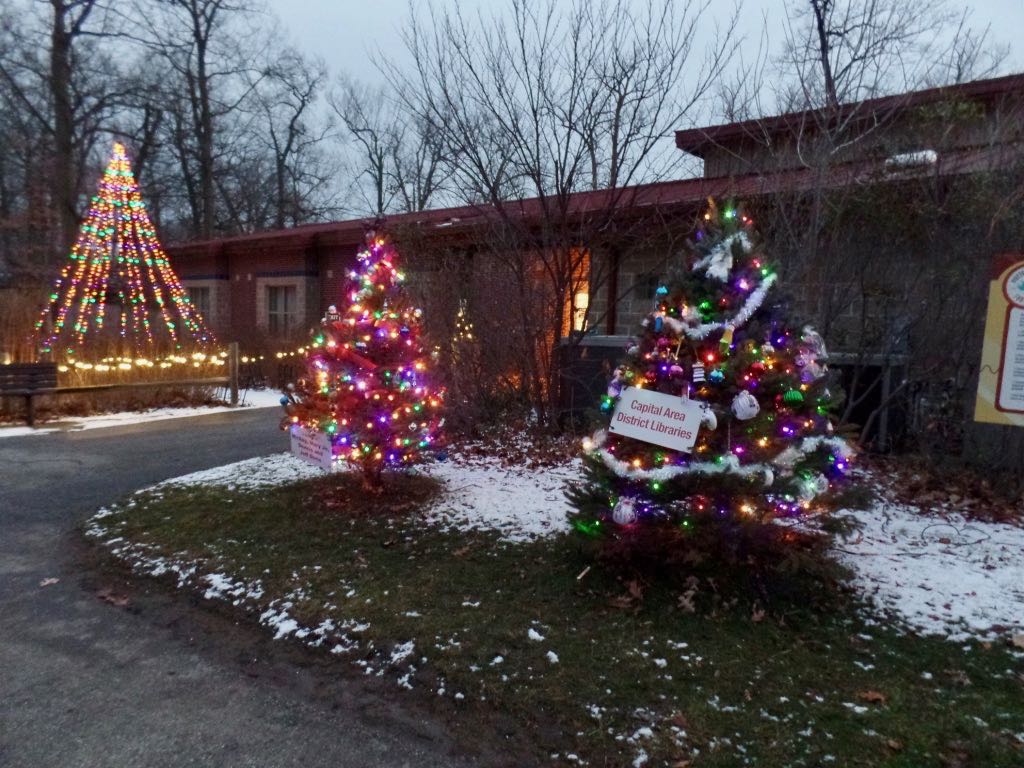 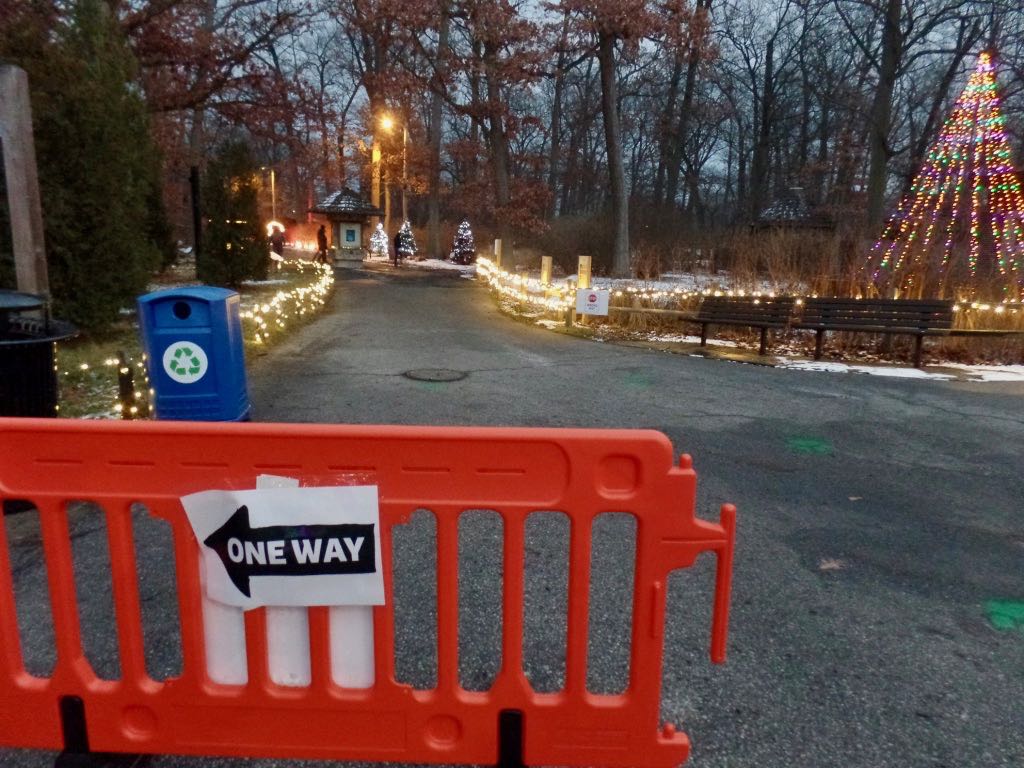 They still marked out a one-way circuit of the zoo, which did allow us to not worry this year about whether we were missing anything. 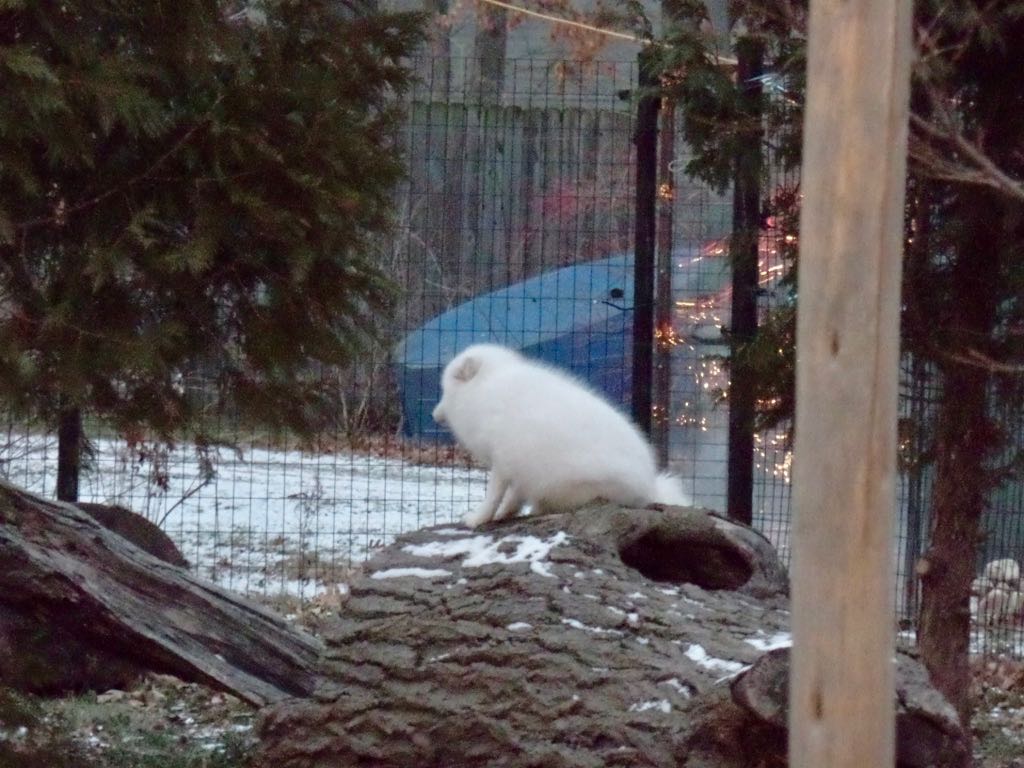 Arctic Fox swearing this is the last winter before moving to Florida. 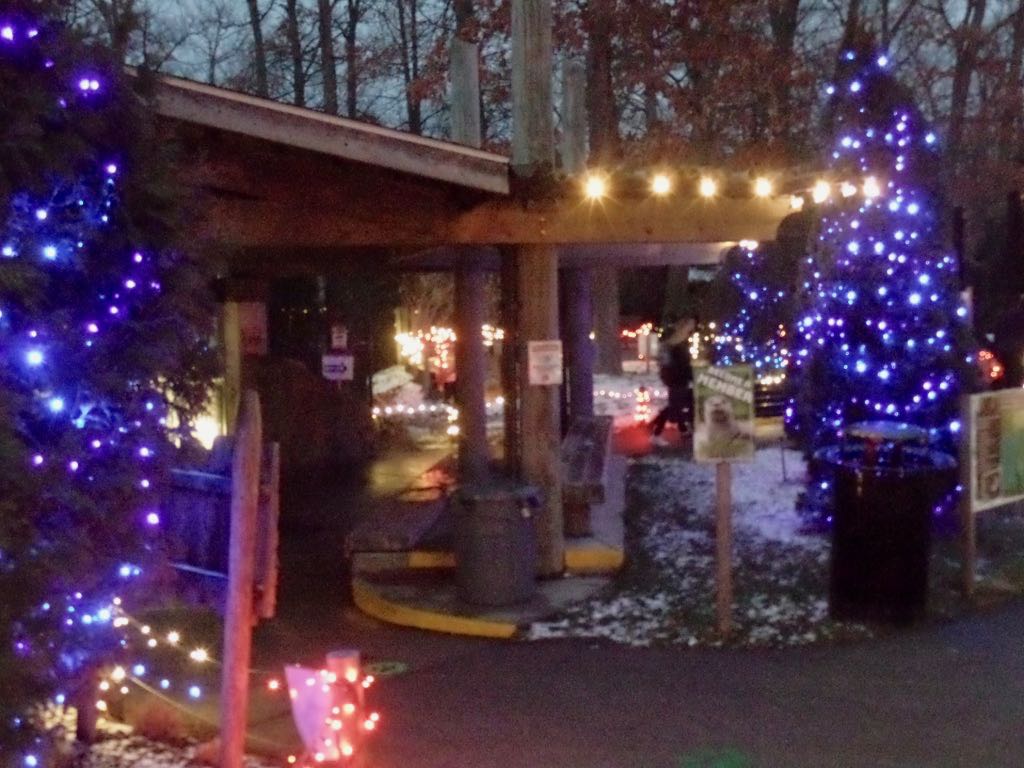 The otter enclosure, with the overhang that lets you see into their water tank. 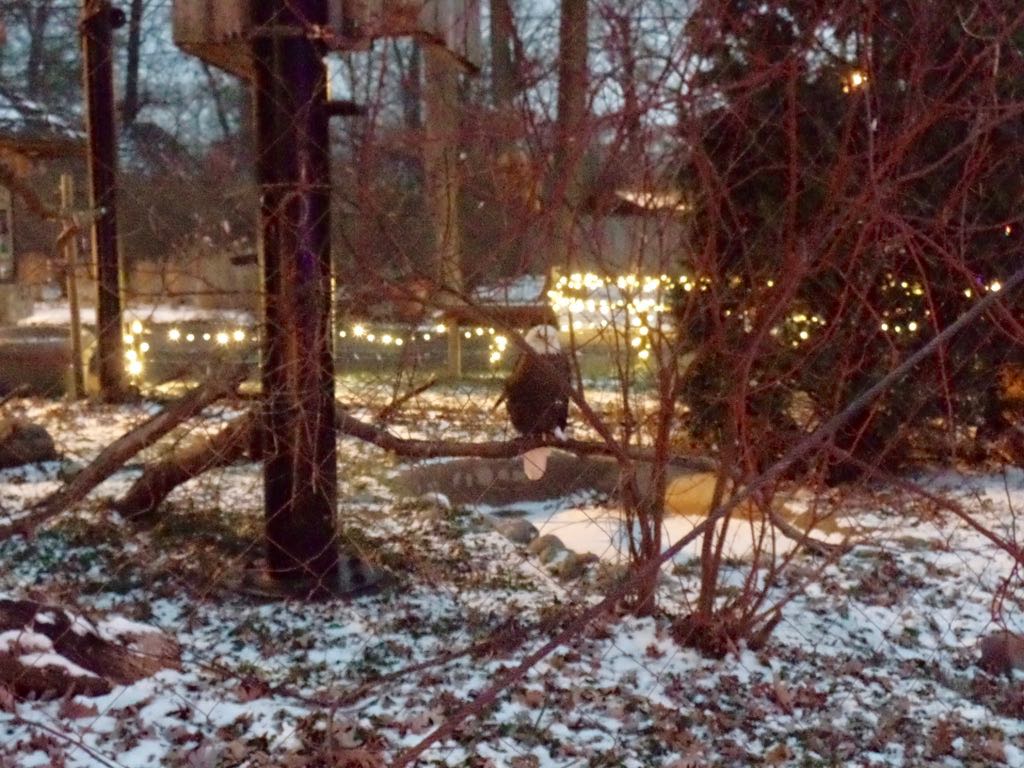 Bald eagle has had enough, I tell you ENOUGH, of these shenanigans. 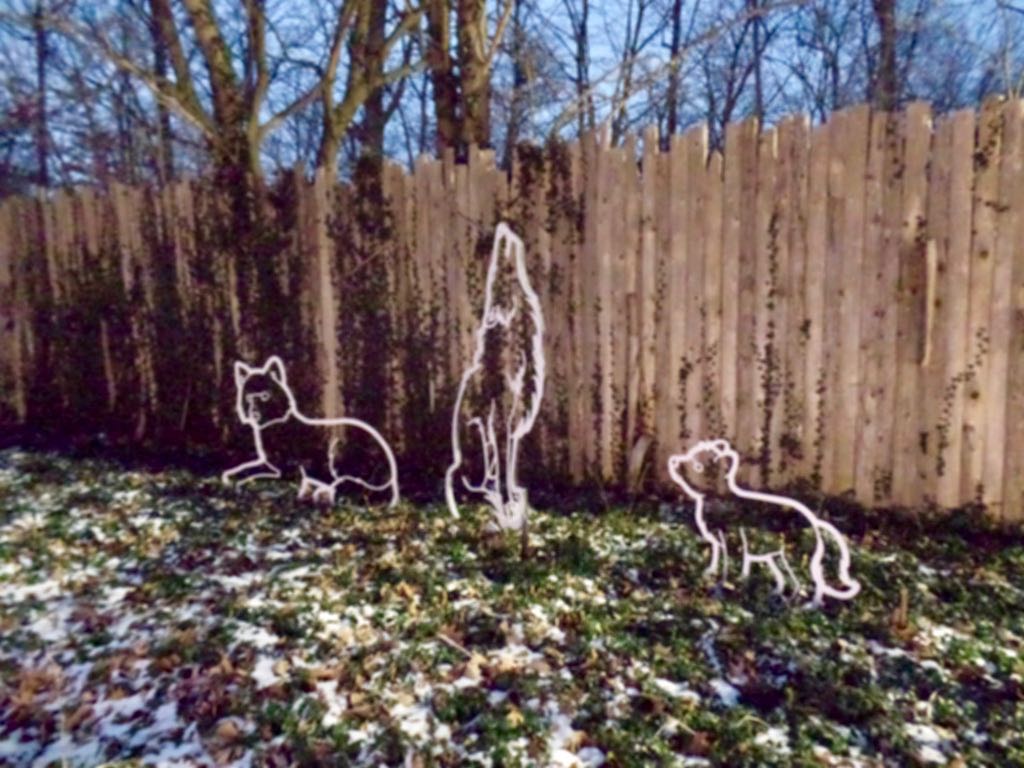 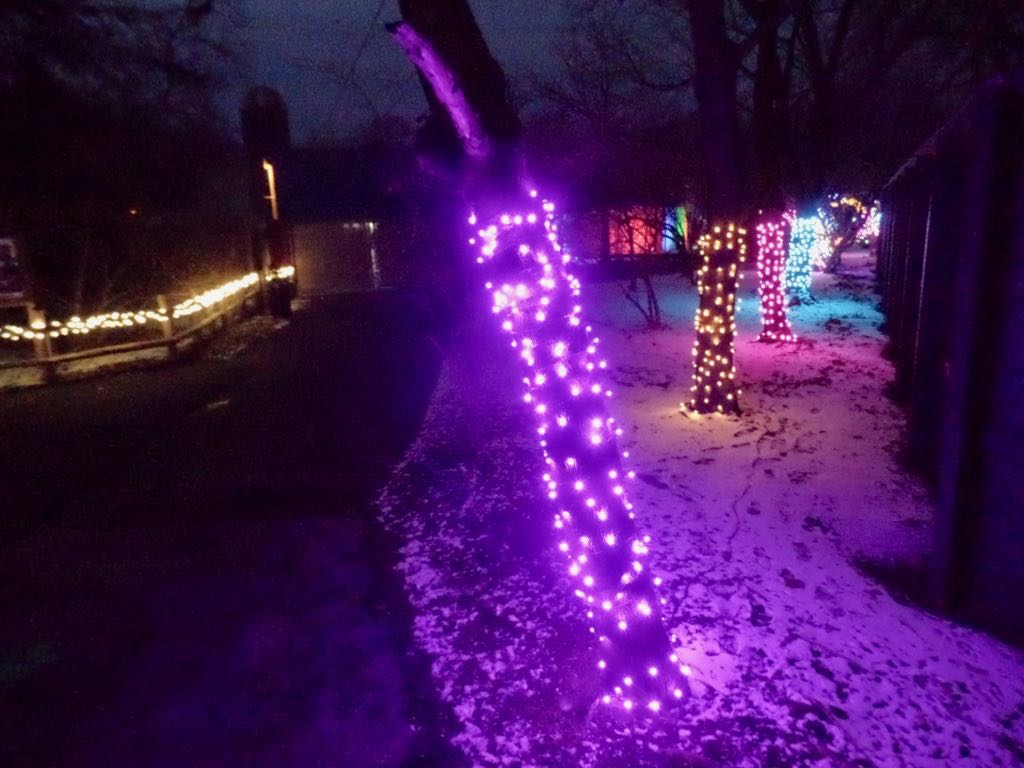 And now the sun's setting and we get to see the lights doing some hard work. 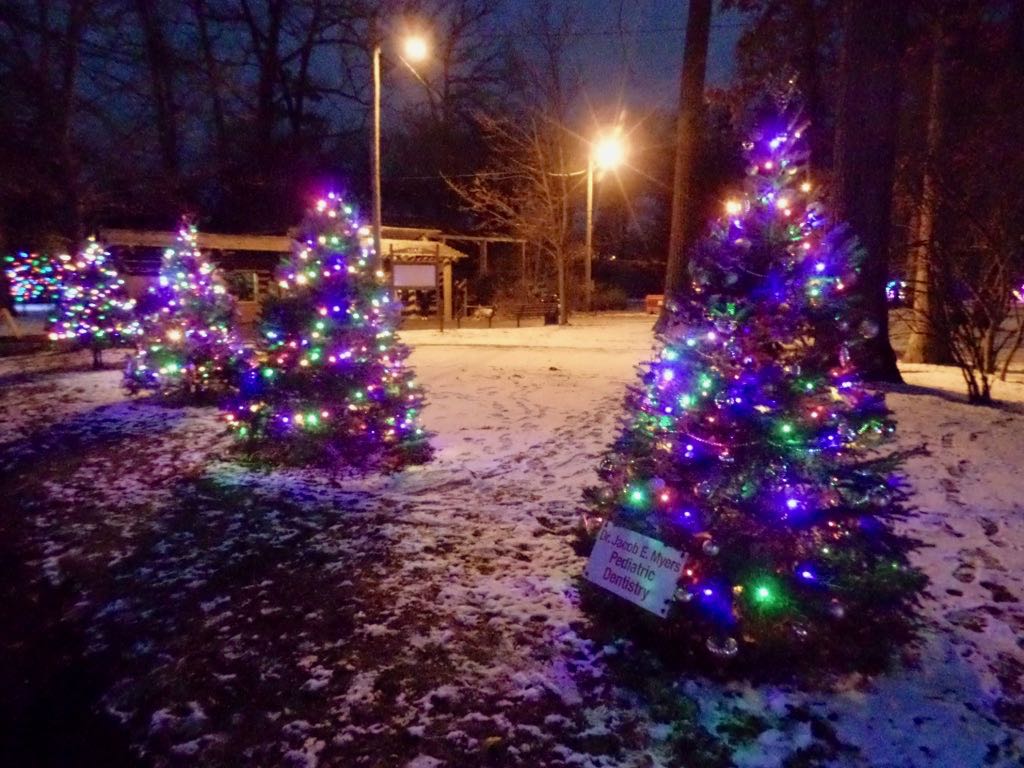 Trivia: Sammy's Bowery Follies, a longtime vaudeville house, was closed the 22nd of September, 1970, for a redevelopment project. Redevelopment would not actually come until the 21st century. Source: The Bowery: The Strange History of New York's Oldest Street, Stephen Paul DeVillo.

PS: Reading the Comics, December 20, 1948: What is Barnaby's friend's name Edition? as there's a bit of a recreational-mathematics puzzle in one installment of one strip.