I cannot elucidate the danger that is always there

So I finally signed up for health benefits from New Company Owners. They have a bunch of different health insurance, dental insurance, and vision insurance plans, plus additional plans you can buy for extra money. This is harrowing since every one of these plans and these add-ons is described as doing the same thing. I deferred all these choices to

bunny_hugger, as she knows what our current health insurance is like and I trust her to be able to figure out what these very similar-seeming things are. So I should go onto New Coverage the 1st of May, and she's arranged to drop me from her university's coverage. I just know I'm going to get hit by a bus between 11:59 pm the 30th of April and 12:01 am the 1st of May.

The big new frontier for me, though, is having vision coverage. It costs around twelve cents a year, out of my pocket, so it'd be silly not to pick it up. One I'm confident that I do have coverage, and once I feel like it's safe to go to professional offices, I'll get my eyes checked. I know they're still good --- I'm 48 and don't need glasses, for crying out loud --- but I also know they're not as good as they used to be. I had to read so much of that Great Comics book with magnifying glass and, yeah, part of it is that they shrank comics that would have filled a broadsheet newspaper page (back when broadsheets were big enough to be blankets) down to 8½-by-11. But it's not all that.

Now to enjoy some more pictures of the Wonderland of Lights at the Potter Park Zoo. Still running about four months behind current, in these pictures, but ... I'm actually not catching up, since the day of publication is moving farther from the day the photos were taken. But it feels like catching up. 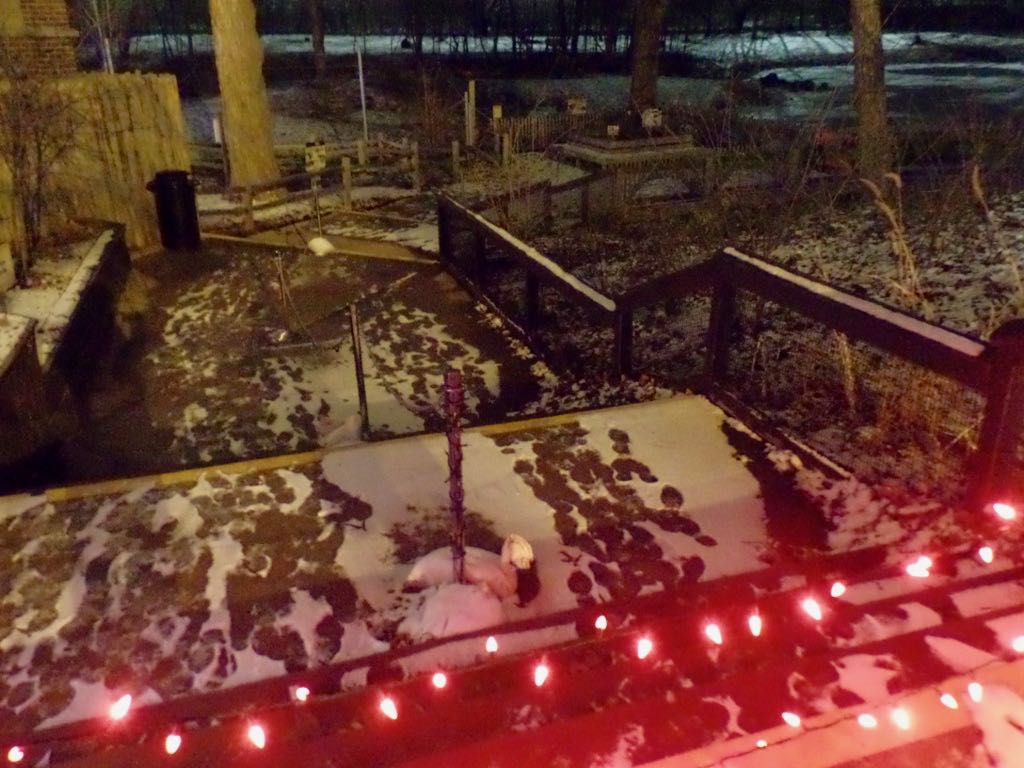 The steps down to the moose(?) enclosure. It was fenced off from the public so I suppose this just shows how much staff work was there. (Though it's strange they didn't shovel the steps for staffers.) 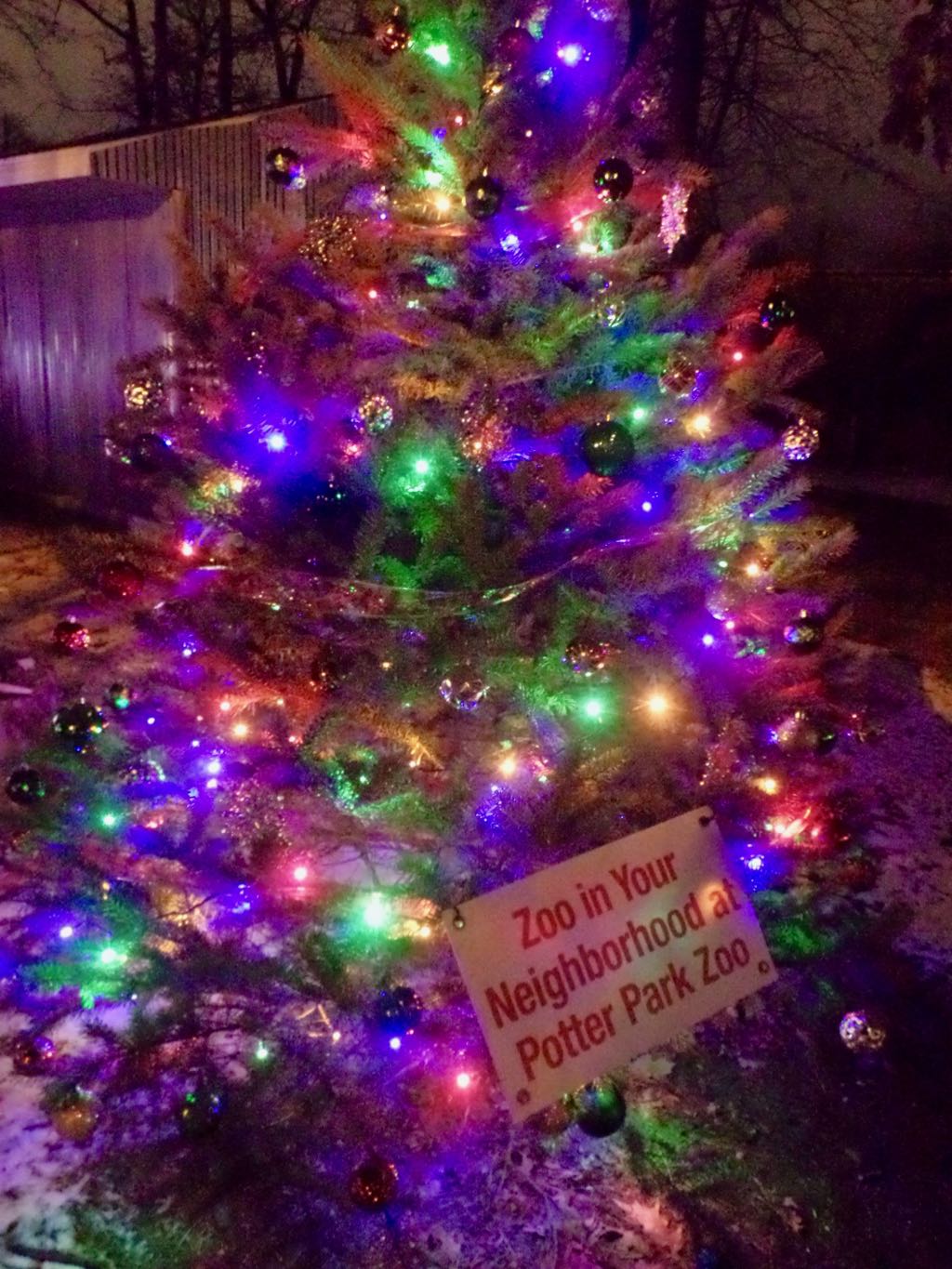 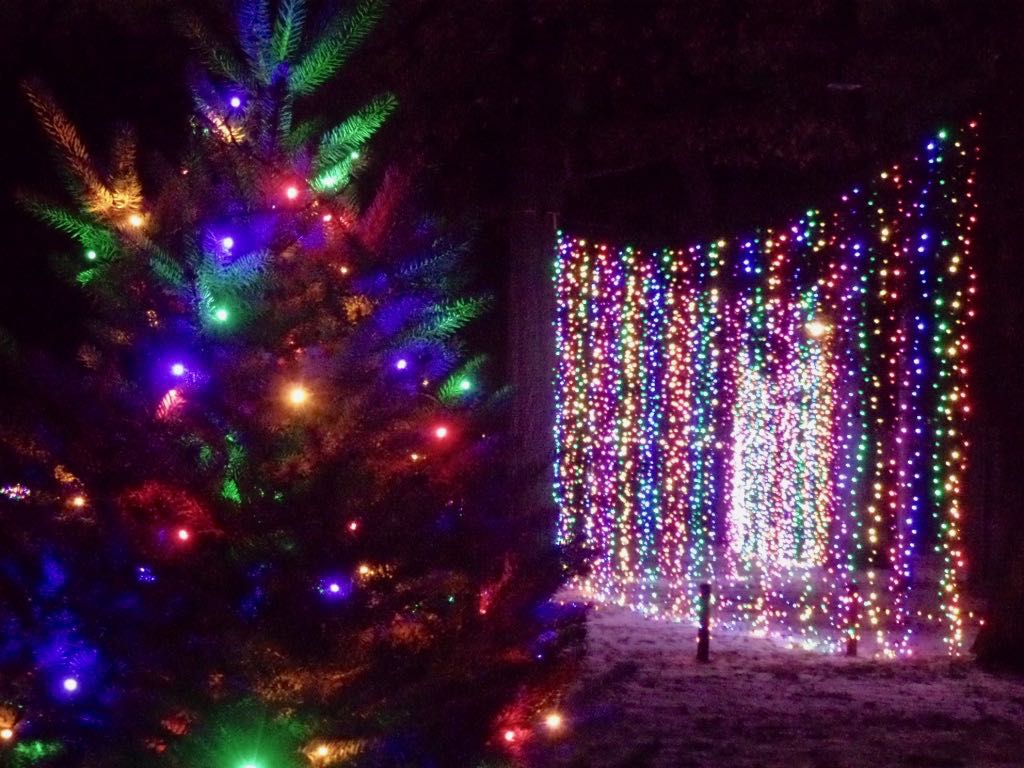 A tree and part of the great curtain of lights that's a great picture every year. 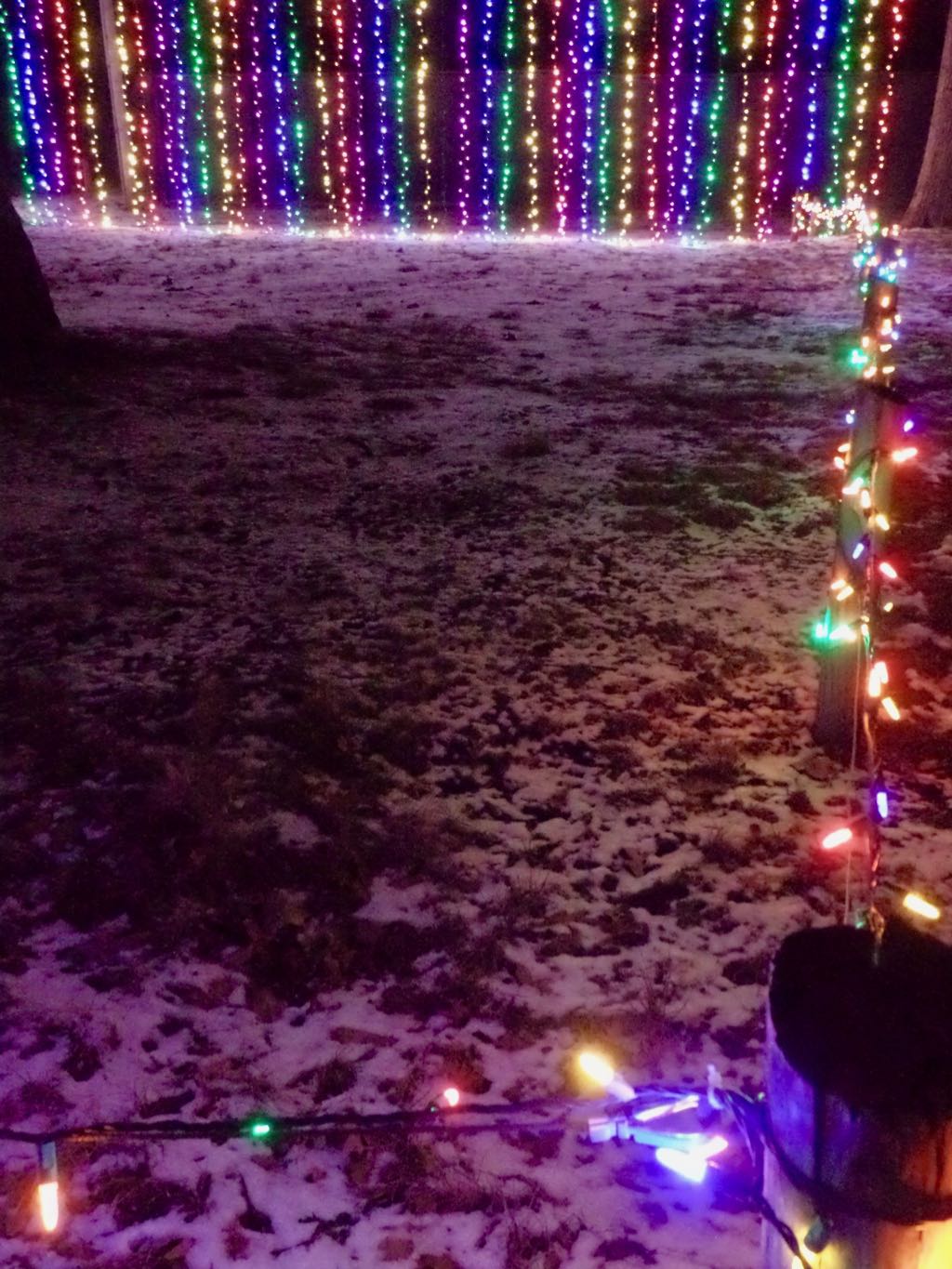 The curtain of lights and some of the yard buffering it. 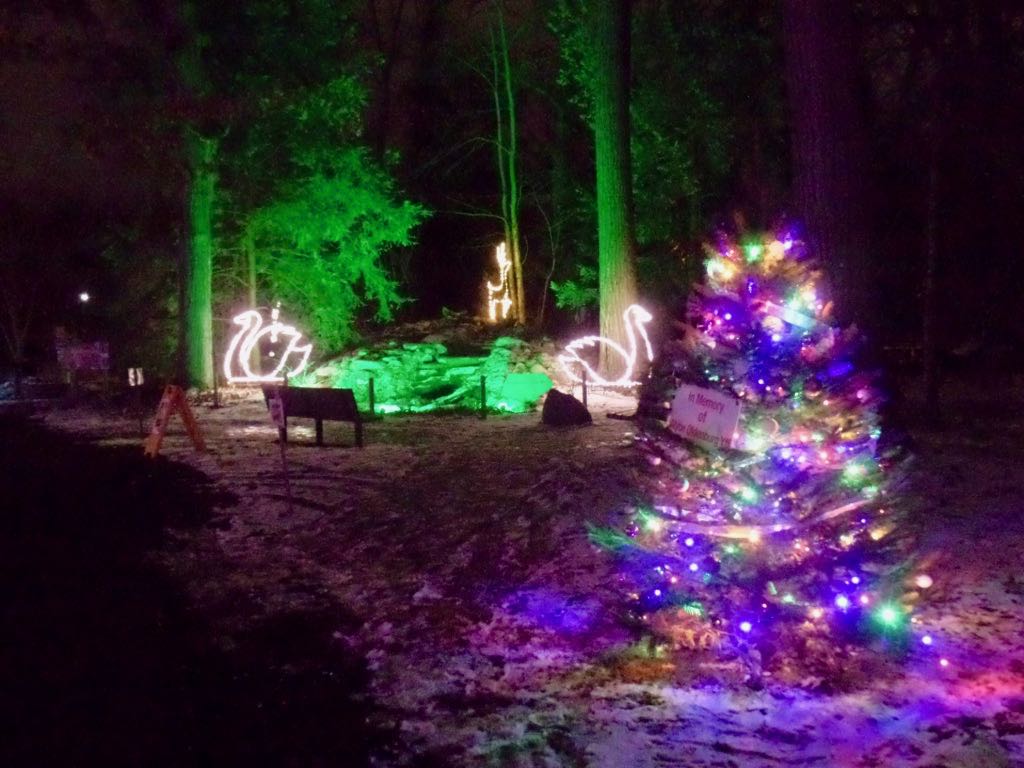 The swan fixtures were set up at the Lions Club waterfall. 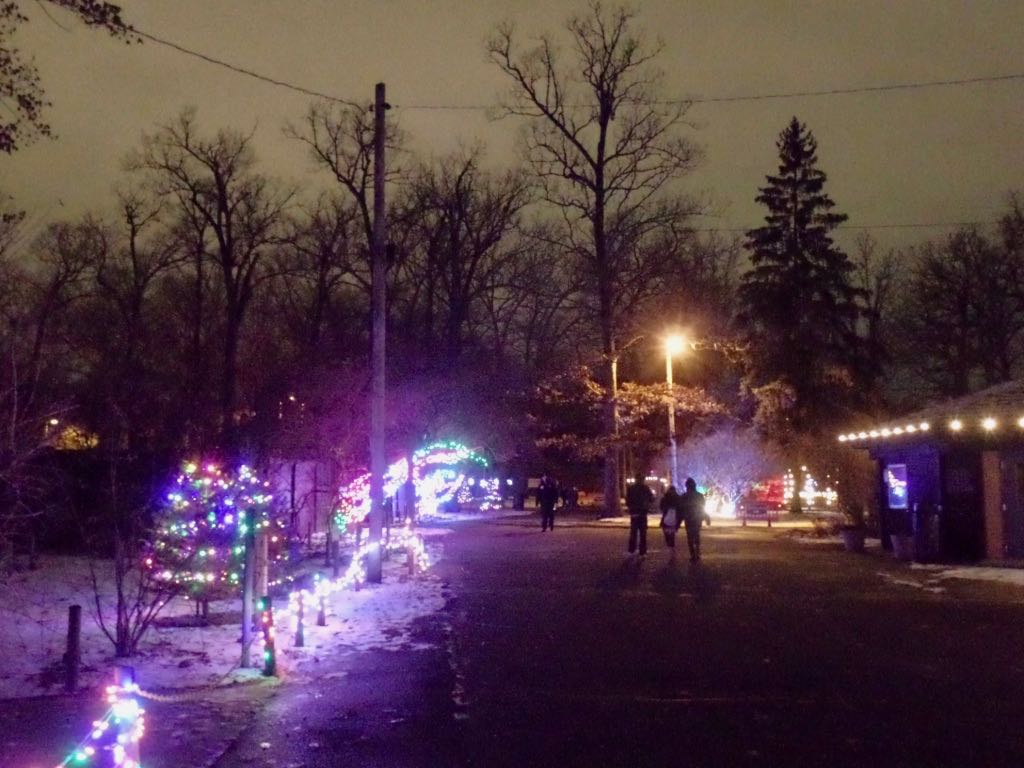 For 2019, and I assume earlier years, the building on the right held Santa's Workshop. 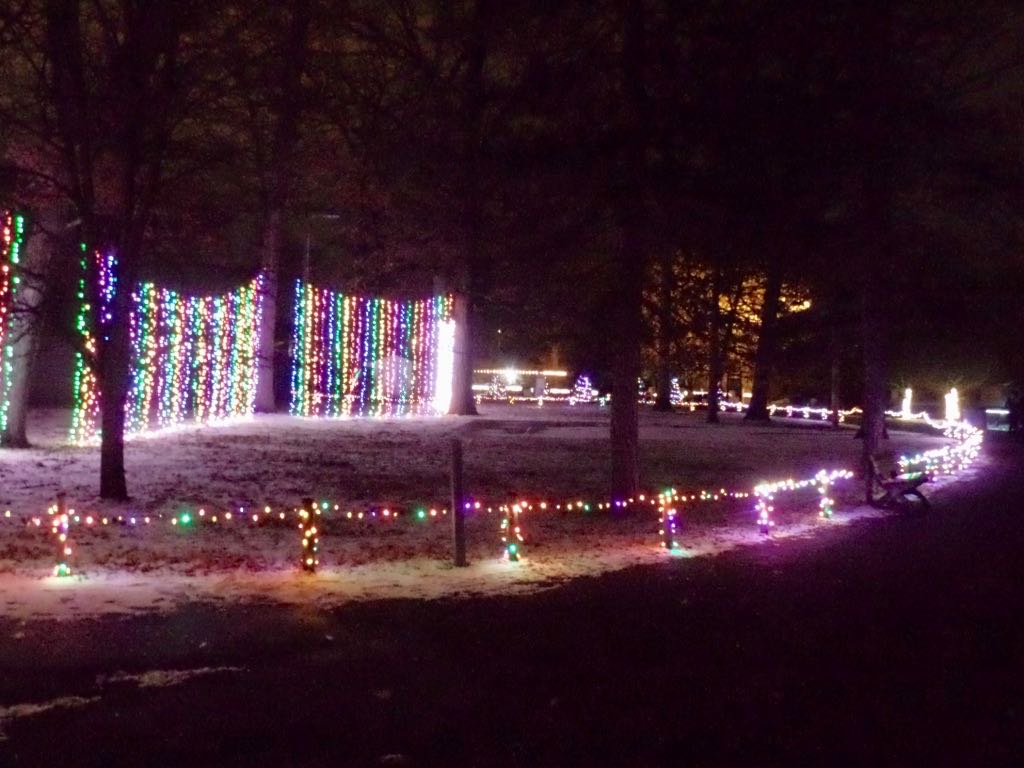 Looking back at the curtain of lights. I think this is the area they used to have camel rides in for the summer. 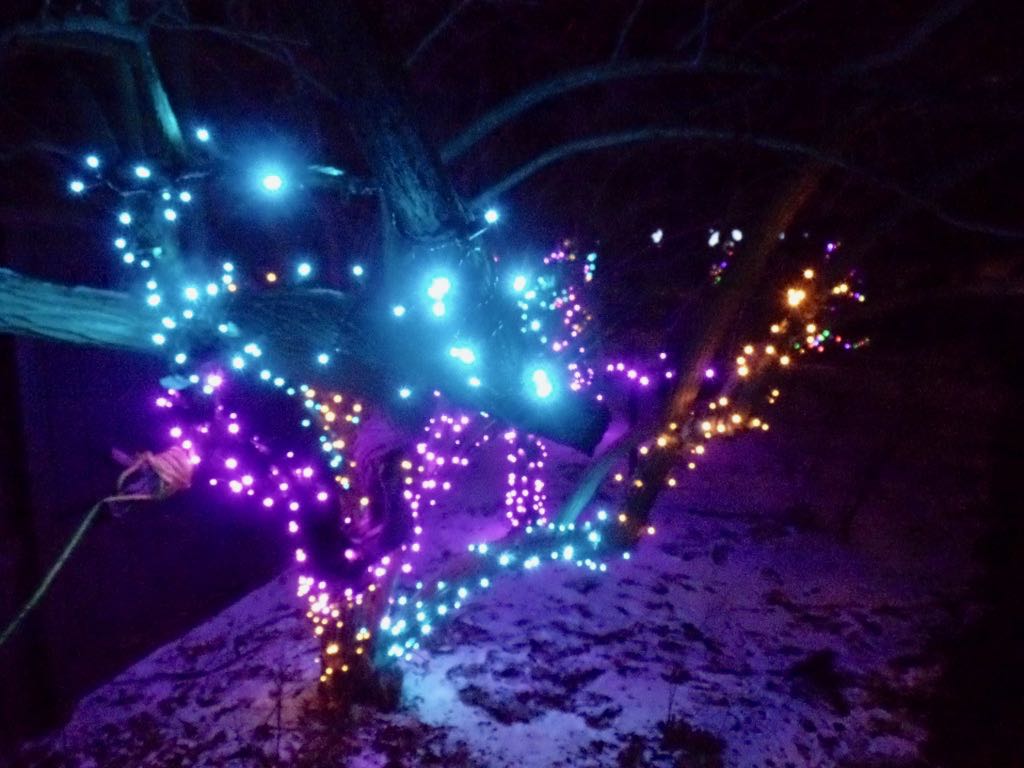 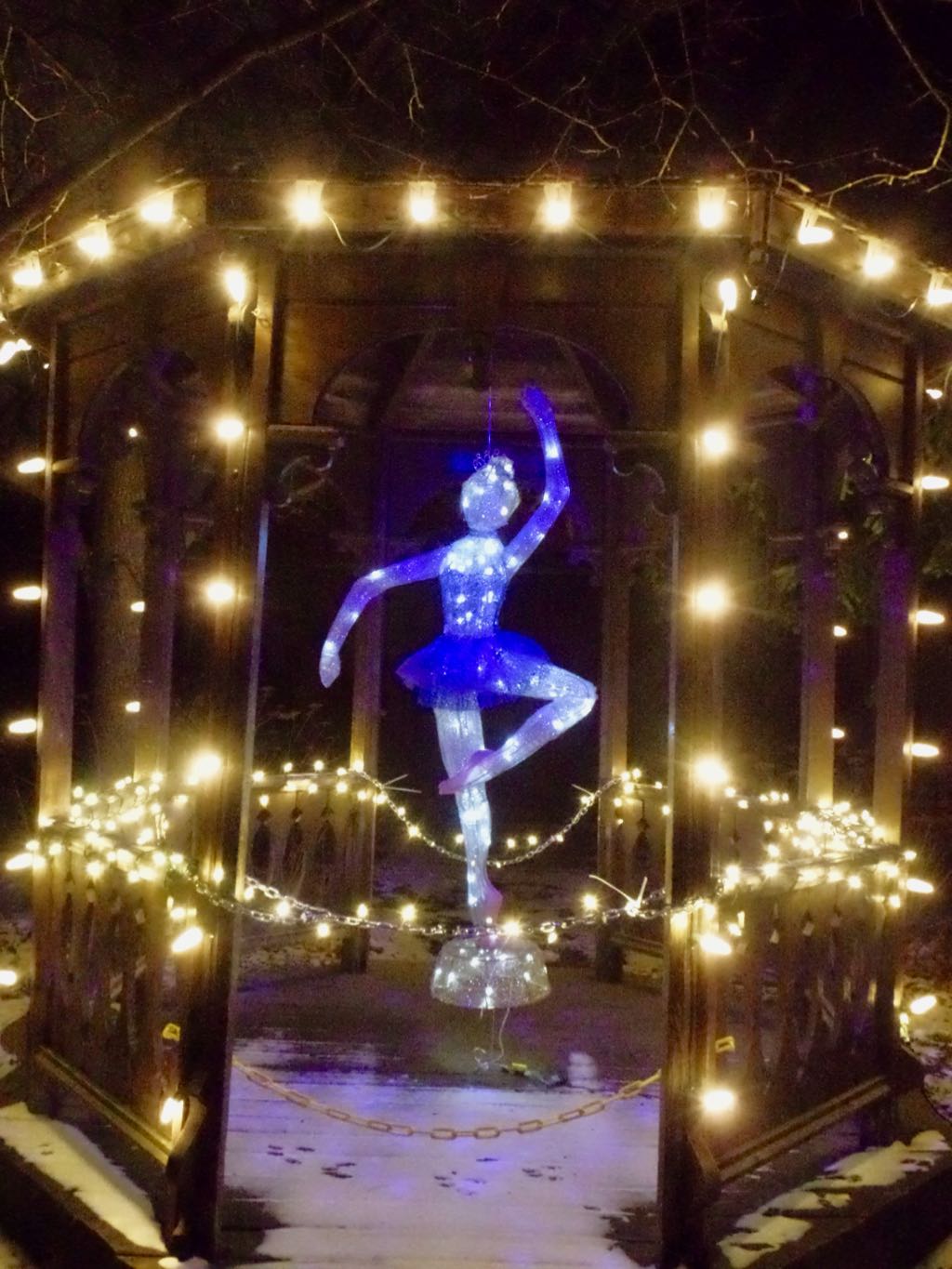 Gazebo with a ballerina light fixture that I'm guessing they snagged when the Macy's on the west side closed. 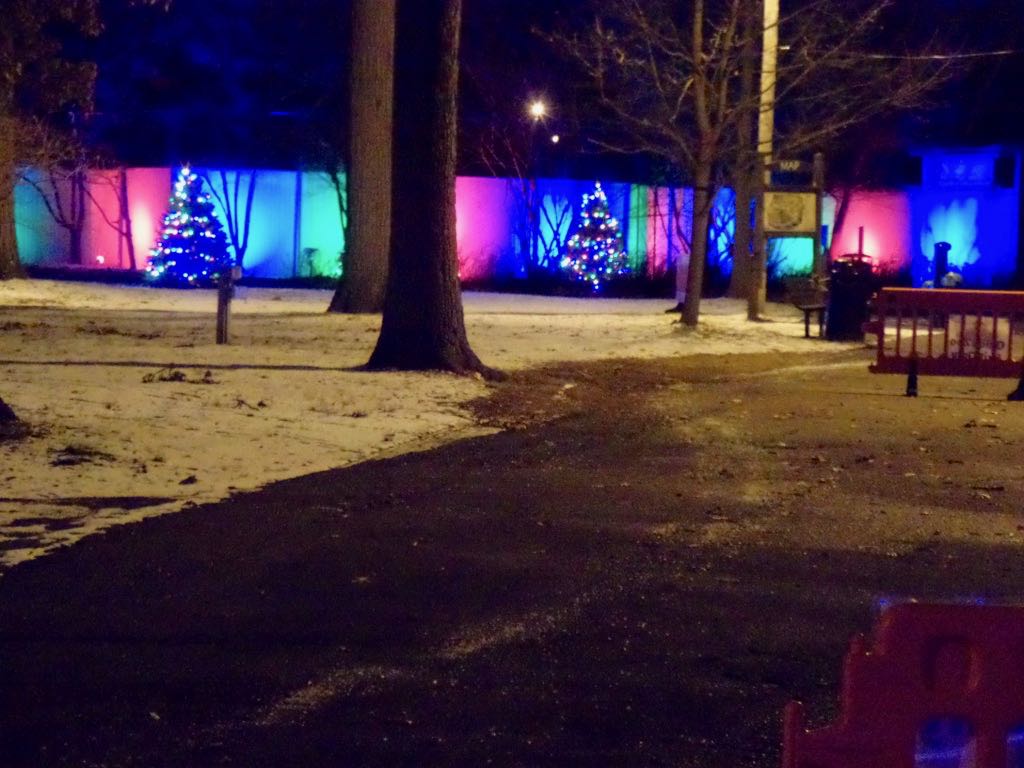 I think the walls here provide shelter for the kangaroo enclosure. They're lit by simple spot lights, though. 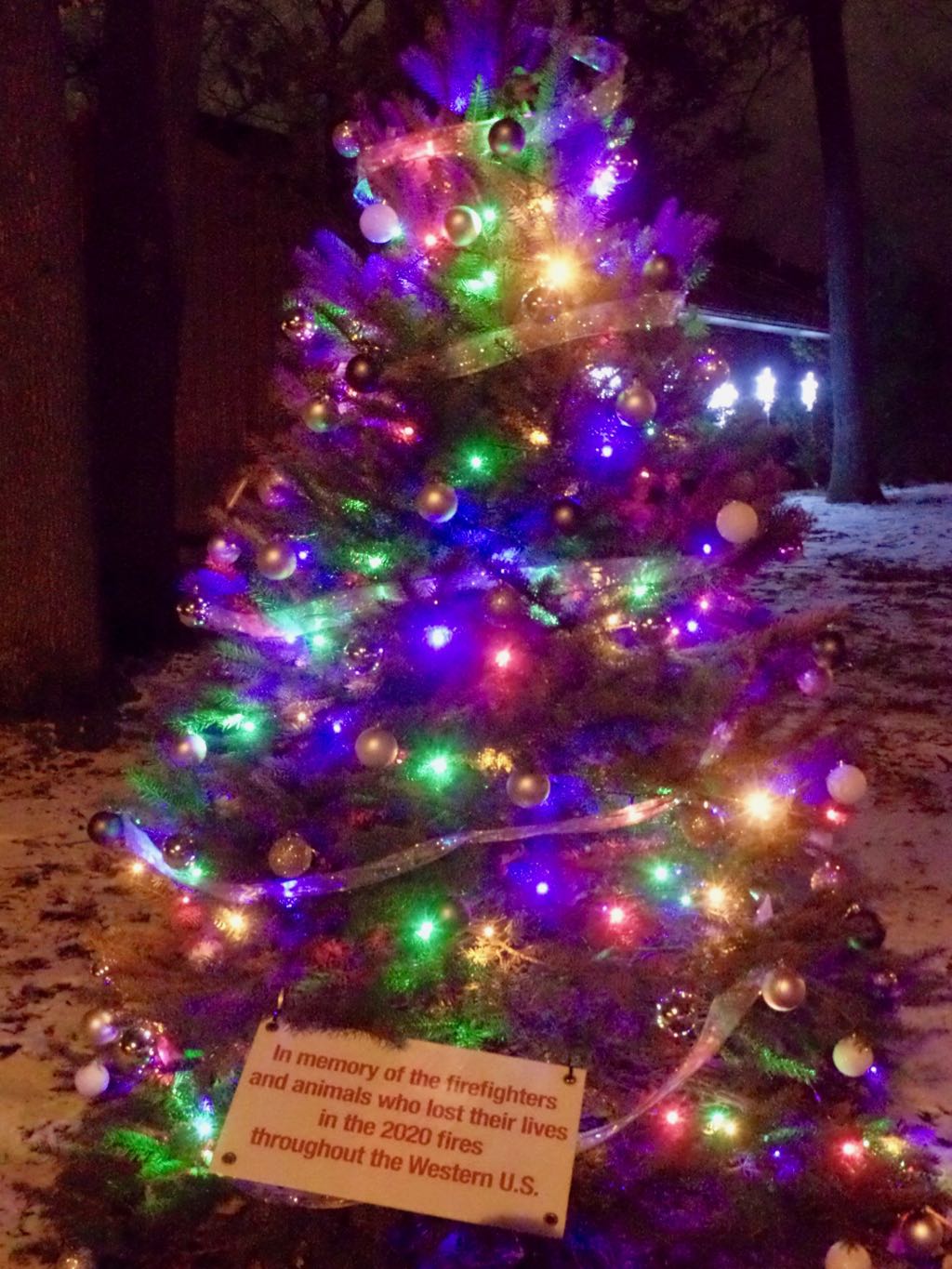 Tree commemorating the firefighters and animals killed in the 2020 wildfires in the United States. (Little surprised there wasn't a mention of the Australian wildfires but so very much did happen in 2020.) 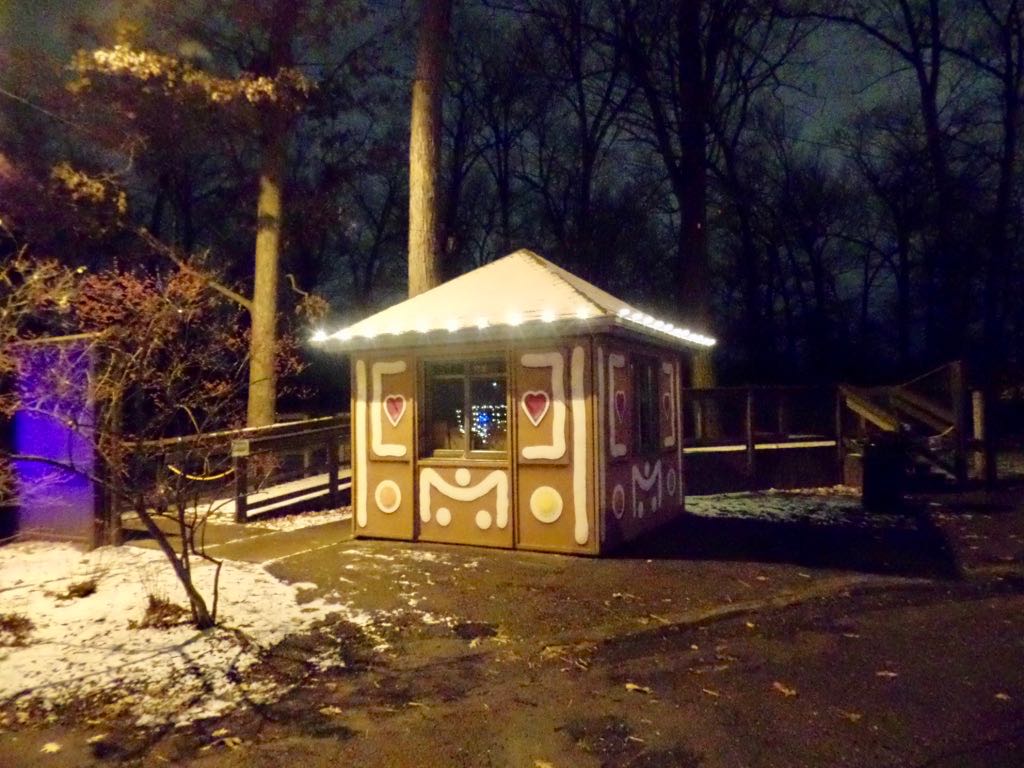 I don't know what this gingerbread booth is in the regular season.

Trivia: Michael Collins's first EVA, on Gemini 10, was cut short after 39 minutes (instead of the planned 115 minutes), as both his and Commander John Young's eyes were watering up, to the point they were having trouble reading checklists and seeing instruments. It appears to have been loose crystals of the lithium hydroxide used in the carbon dioxide filters. Source: Gemini: Steps to the Moon, David J Shayler. (This was not the EVA where Collins lost the 70mm camera.)

Currently Reading: Lost Popeye Volume 1: Spinach Juice Springs, Tom Sims, Doc Winner. Editor Stephanie Noell. So this is an e-book, that you can download for free or pay-what-you-will, collecting the first newspaper Thimble Theatre story from after Elzie Segar died. As far as Noell can tell it's gone uncollected, so this recovers what could be found in newspaper archives from 1938 and 1939. In this 14-week-long story, Sims and Winner find a couple of pretty neat ideas that they shuffle around a while before running out of things to do, grabbing on to another neat idea, and shuffling that until they decide the story is over. So they legitimately do a pretty good job at capturing the Elzie Segar vibe. Noell runs the Out Of Context Popeye Twitter feed, a bunch of lovely daft panels, mostly from the post-Segar era of the comic strip.