But it is looming large

I'm liking this low-key air on my humor blog, made possible by having the big pieces be MiSTings I wrote years ago. I'm continuing that. I don't know when I'll get back to writing original stuff. Posted the past week has been mostly me writing about cartoons or comic strips, though. To wit:

Now let's finish off the visit to the Potter Park Zoo's Wonderland of Lights. We did walk another loop around, since we had time, although took fewer pictures. That was more about just appreciating the nice setting. 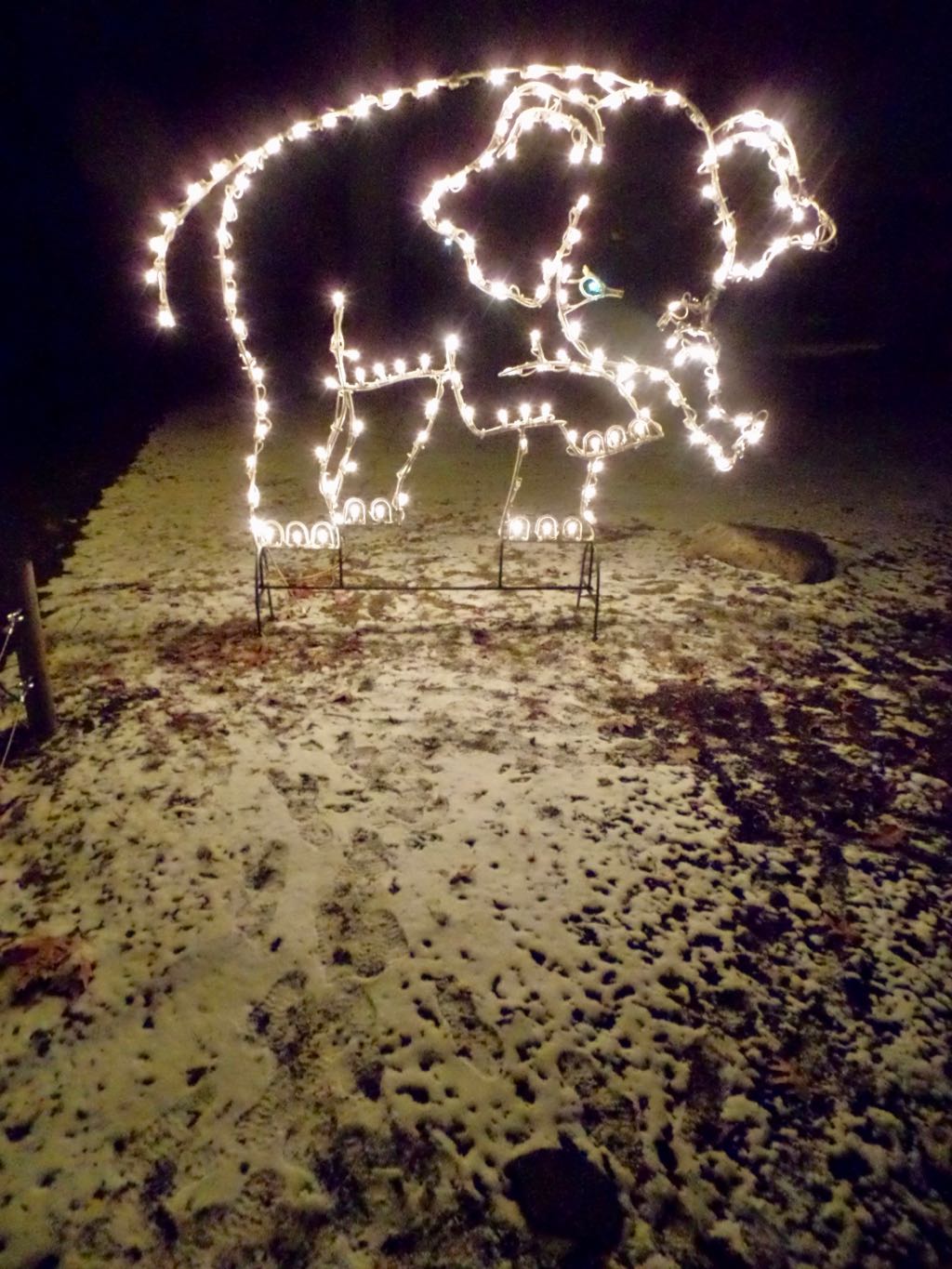 Elephant fixture that at least a few people have gotten photographs next to. 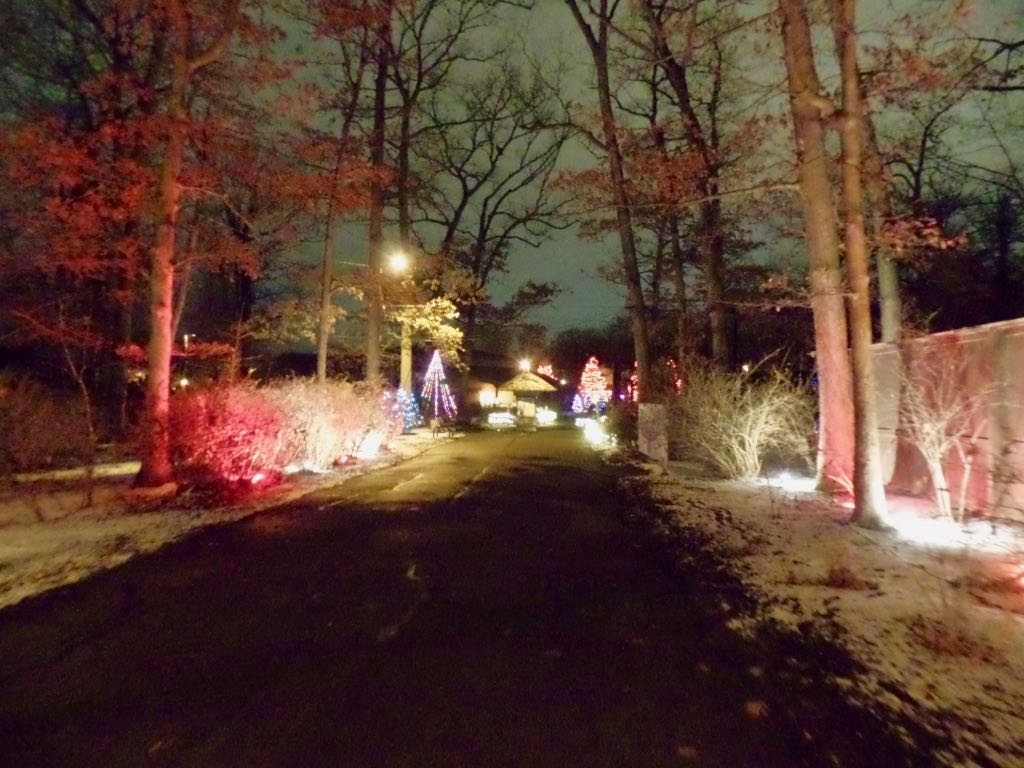 The path leading back to the front of the zoo. 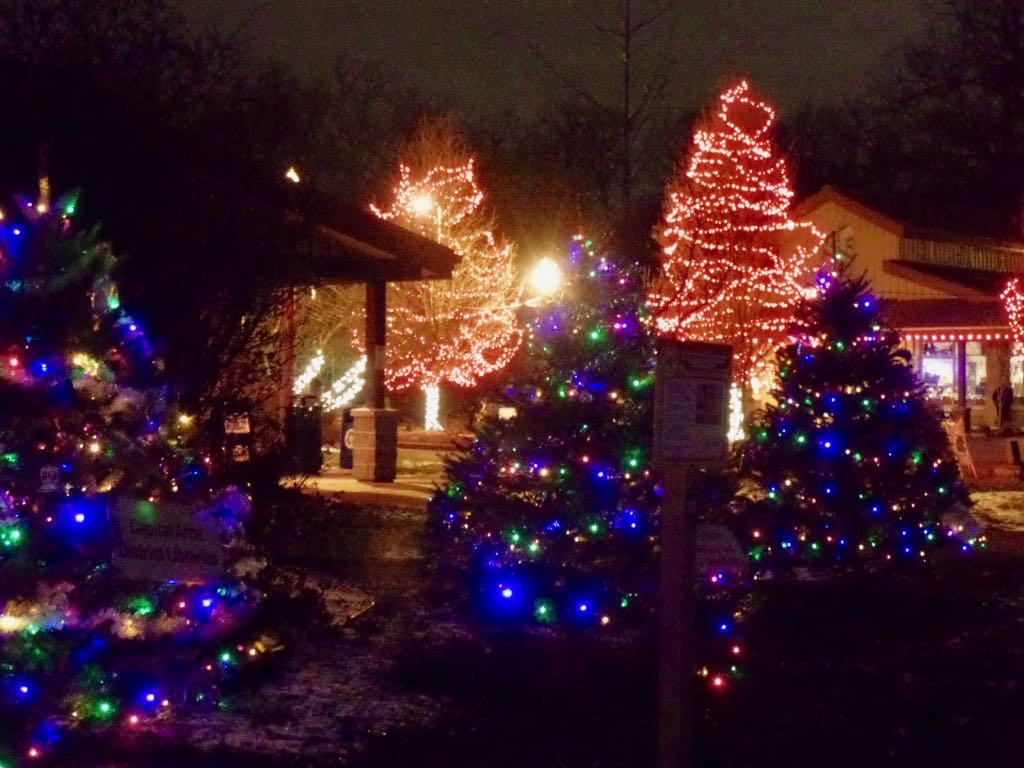 The trees from up front and the entrance midway. 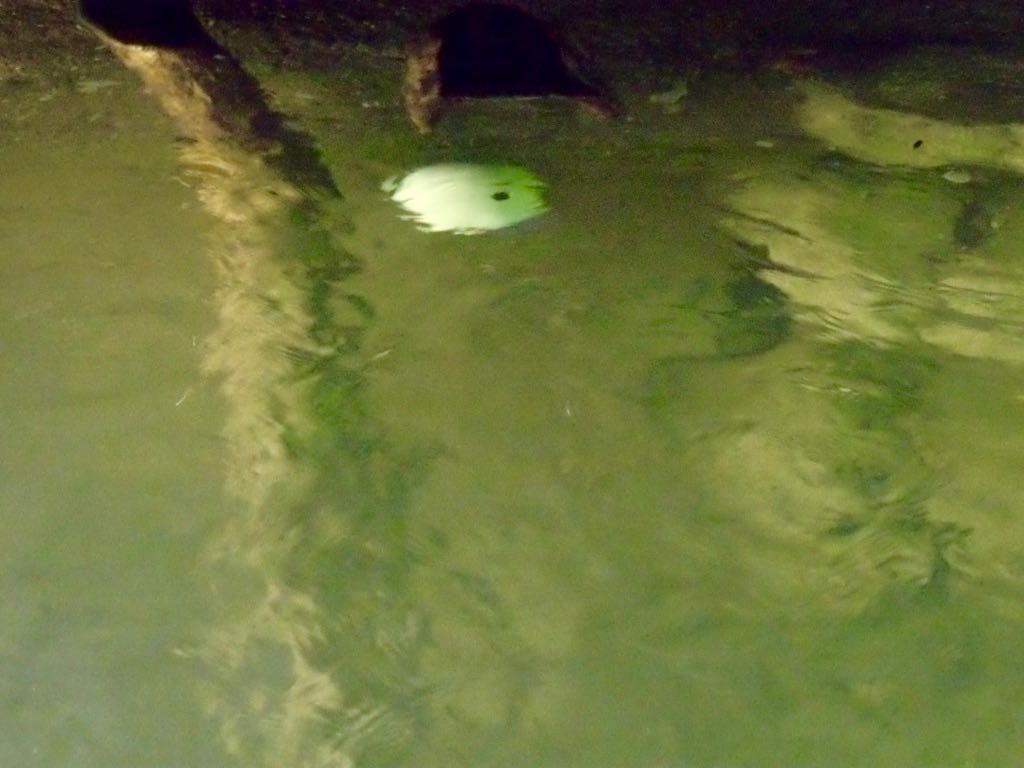 We went back around. Here in the otter enclosure I noticed ... this strange thing, a volleyball-sized plastic-looking hemisphere with a black dot. Must be some kind of animal-enrichment toy but we didn't see any otters doing anything with it. 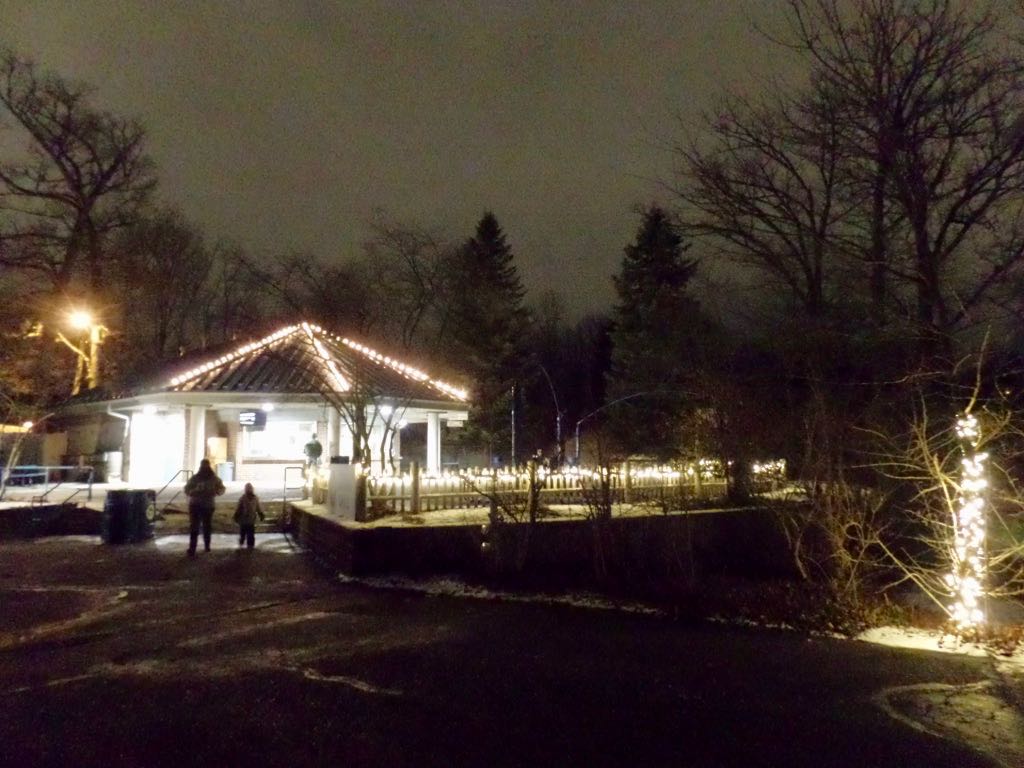 Another view of the concession stand. 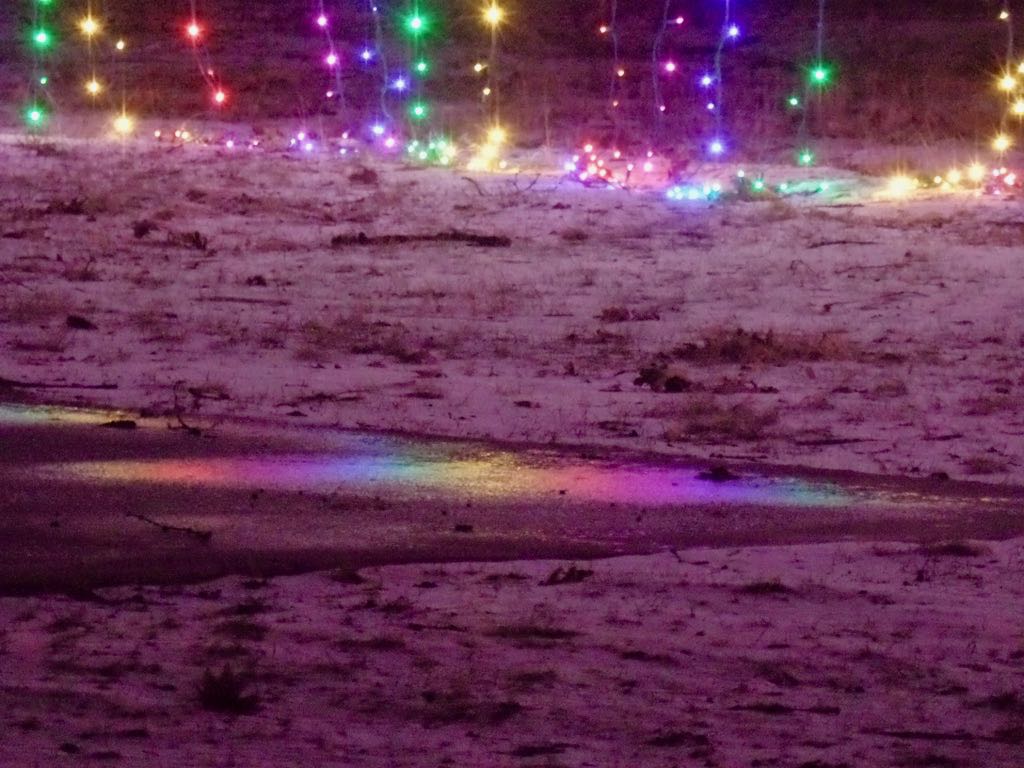 It was a warm winter, one without a lot of snow. But we did get some snow, and some melting-and-freezing, and that allowed a few gorgeous bits of reflected light here. 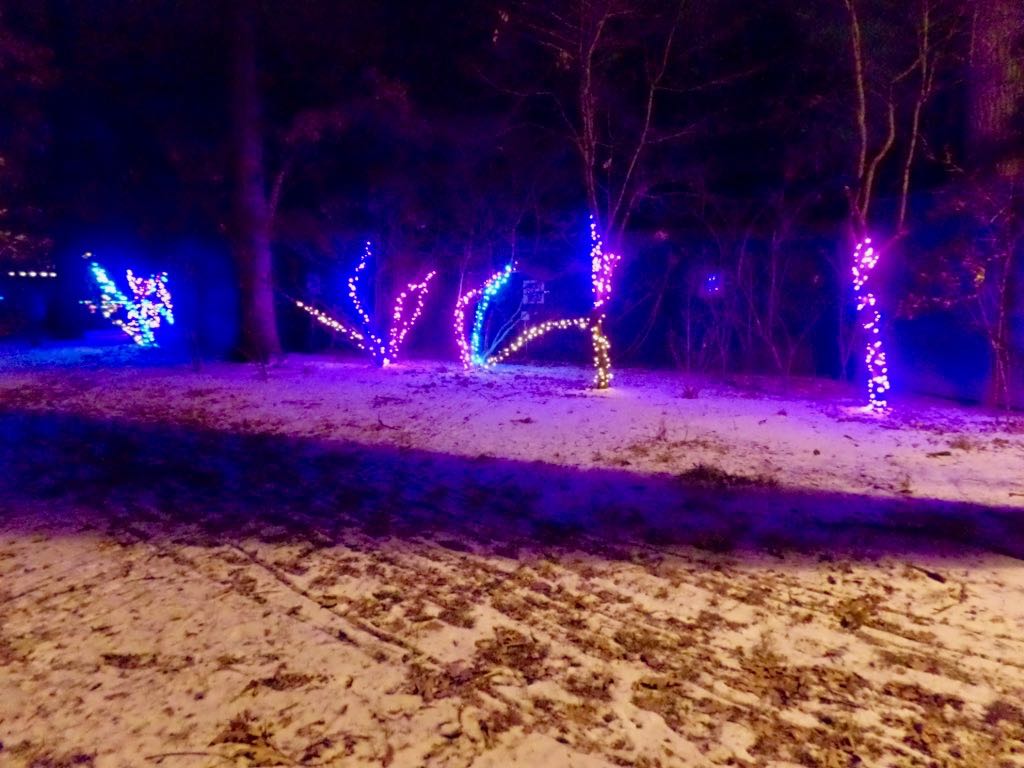 The bases of trees wrapped up. 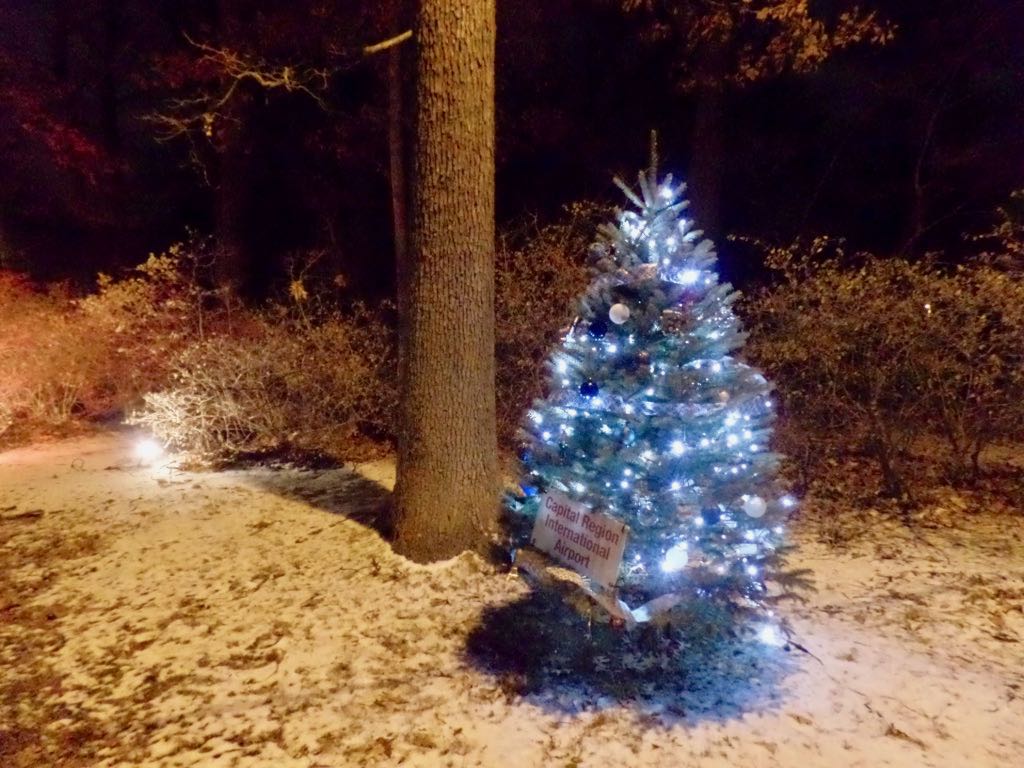 A cute little tree, this for the local airport. 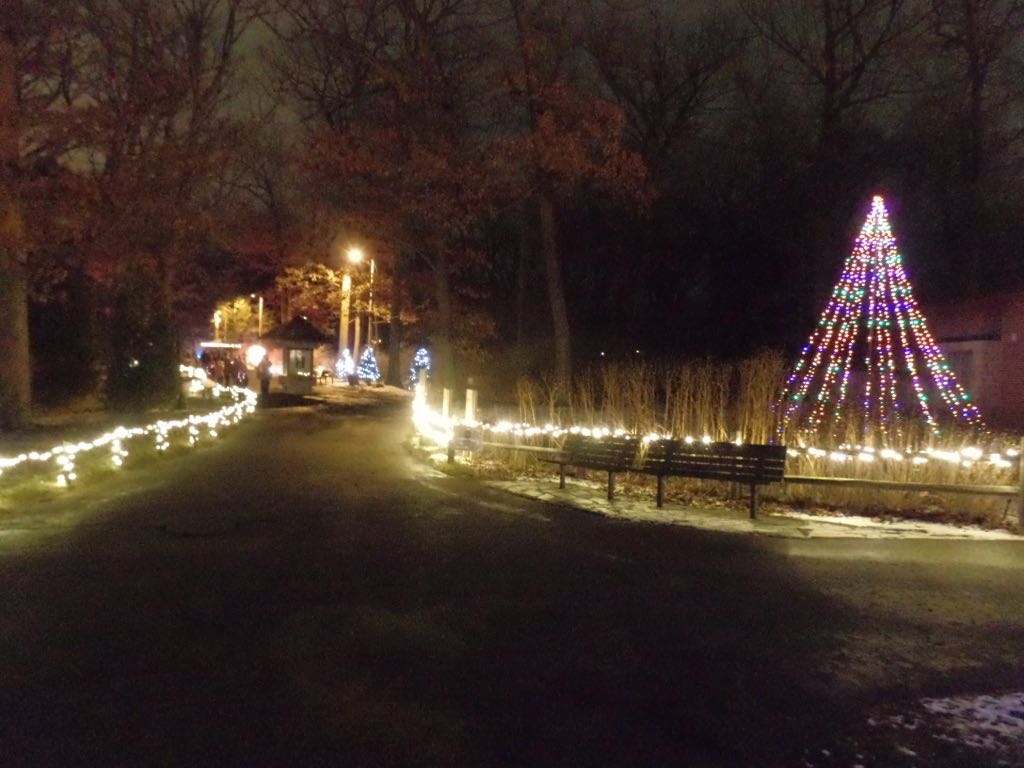 And here more of the paths, with a light tree to the right. 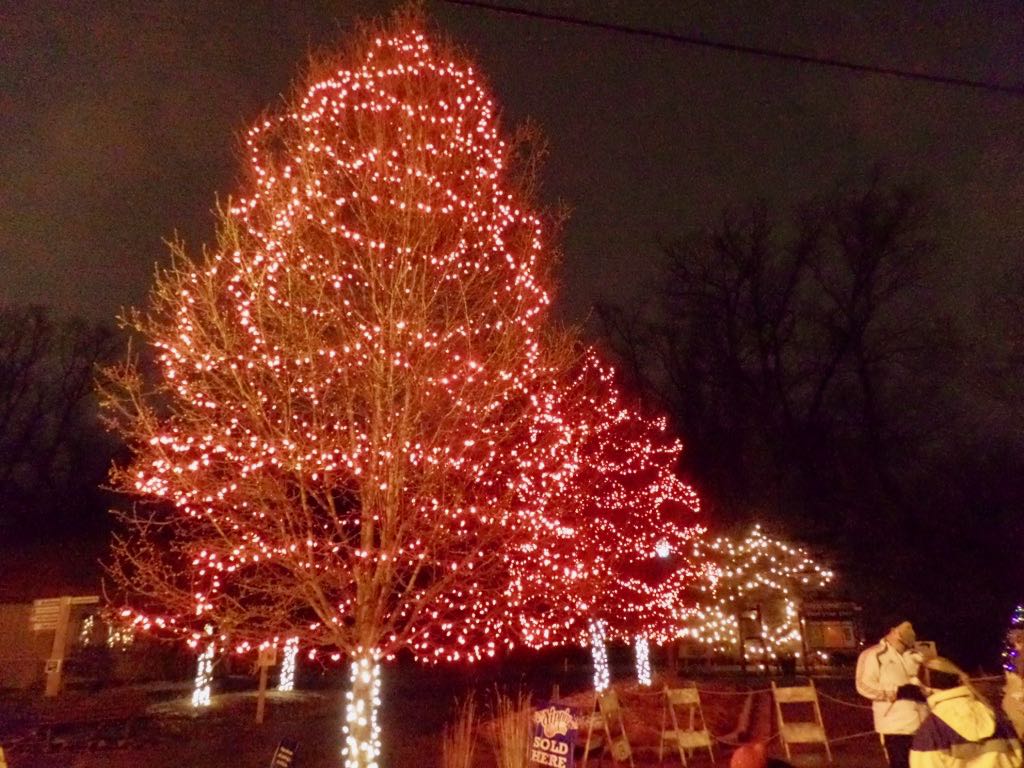 The trees around the entrance midway. 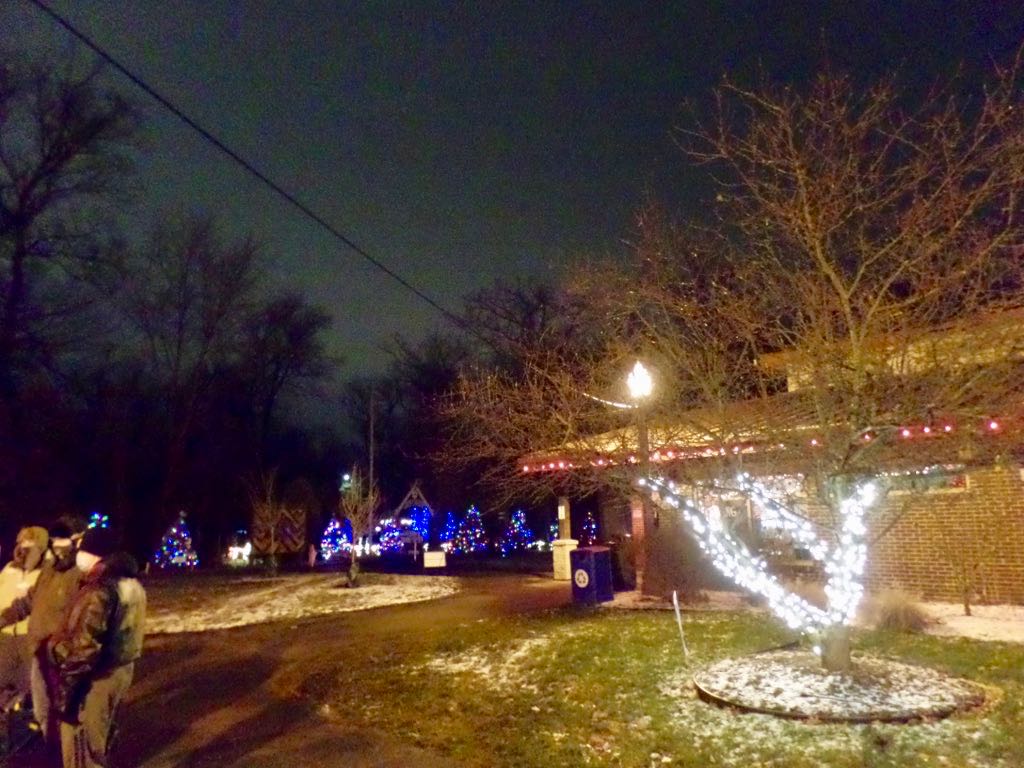 Looking back at the entrance midway and the education building and all, this time at night. A zoo worker was passing out the craft project kits to make an ornament and such. 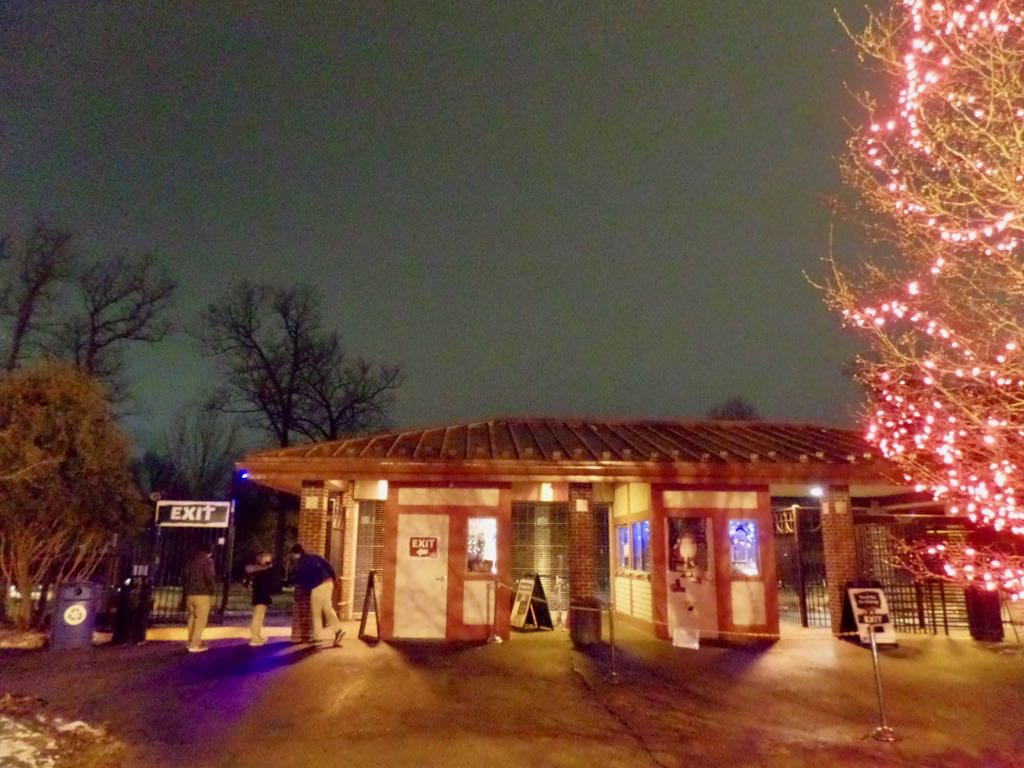 Looking out of the zoo. It was an overcast night, but didn't get up to snowing, as I remember it.

Trivia: In 1945 H L Mencken wrote that the Franklin Expressway which Robert Moses proposed for Baltimore --- a six-lane, mostly depressed freeway bisecting the city --- would win approval as it had ``everything in its favor [ ... ] including the fact that it is a completely idiotic undertaking''. The project was rejected. Source: The Big Roads: The Untold Story of the Engineers, Visionaries, and Trailblazers Who Created the American Superhighways, Earl Swift. (It didn't die forever, though; the stretch of US Route 40/former I-170 through the city follows much of the plan. Only a short stretch of it, though; the highway was so unpopular it was never finished.)

PS: How do I do a matrix in WordPress LaTeX? Seriously, I'd like to know.