My semiautomatic weapon ready to discharge

Feeling a good bit better today. Still felt a certain soreness in my foot, but not bad enough to skip taking a walk. Not my longest walk, but a respectable enough one. So, twelve more days before I'm as safe as can reasonably expect. I am looking forward to it.

Today (the 1st) I filled my car with gas for the first time this calendar year. 320.9 miles on the trip odometer. I'm looking forward to when it's decent to travel to Michigan's Adventure or to Cedar Point and put that on the car in a day.

Now back to just before New Year's, as we finally drive into Crossroads Village. 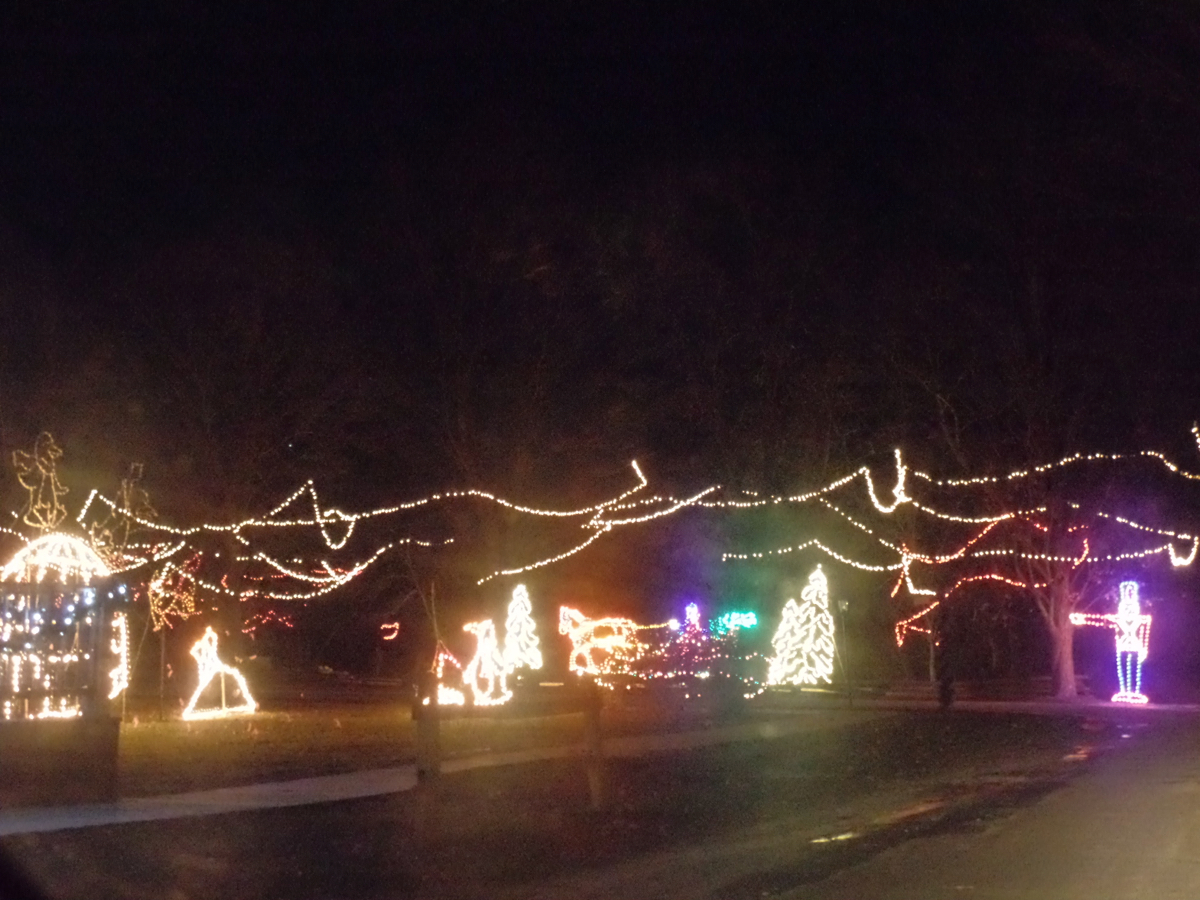 Driving from the Atlas Mill --- which we almost never visit as it's way off on the end of nothing --- toward the main drag of Crossroads Village. Note the Nutcracker soldier pointing the way to turn. 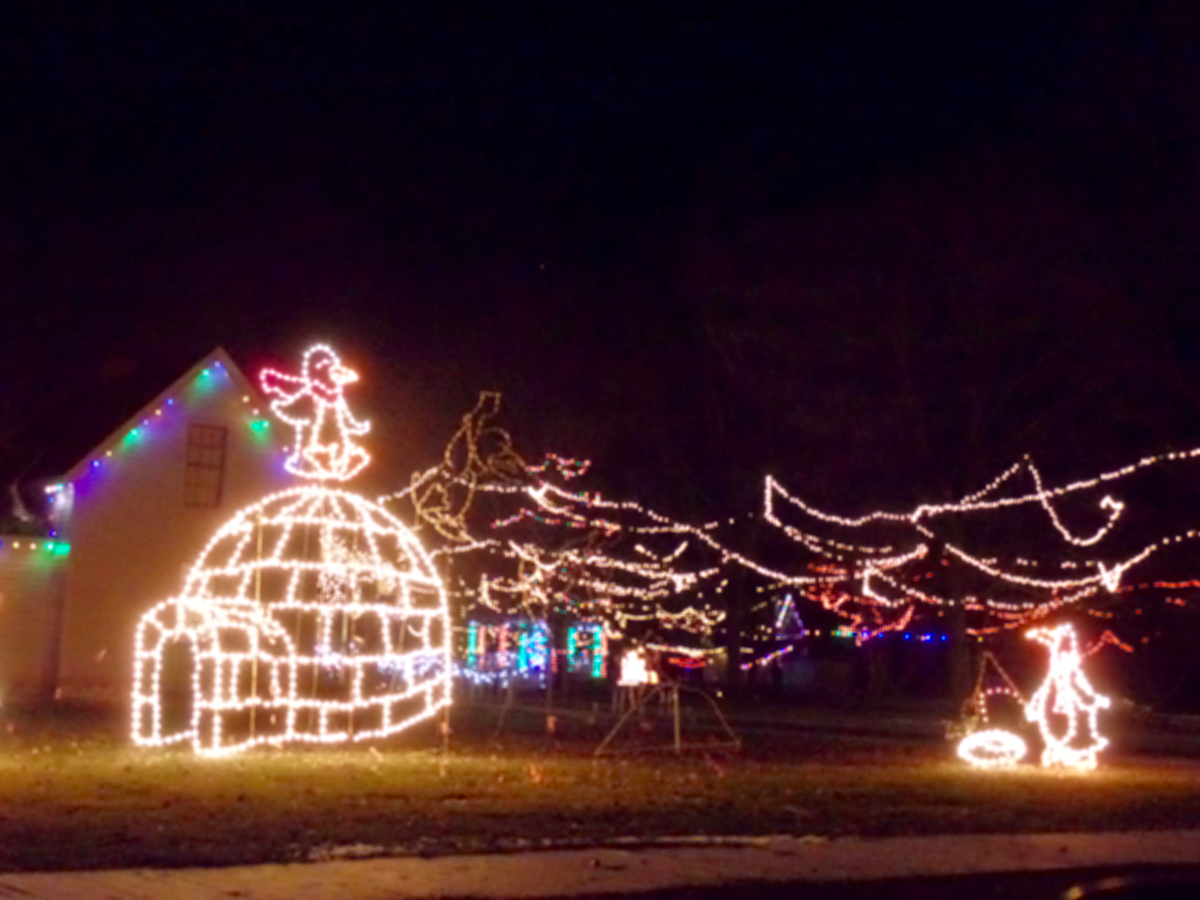 Penguin who falls off an igloo. The main town square is in the background. 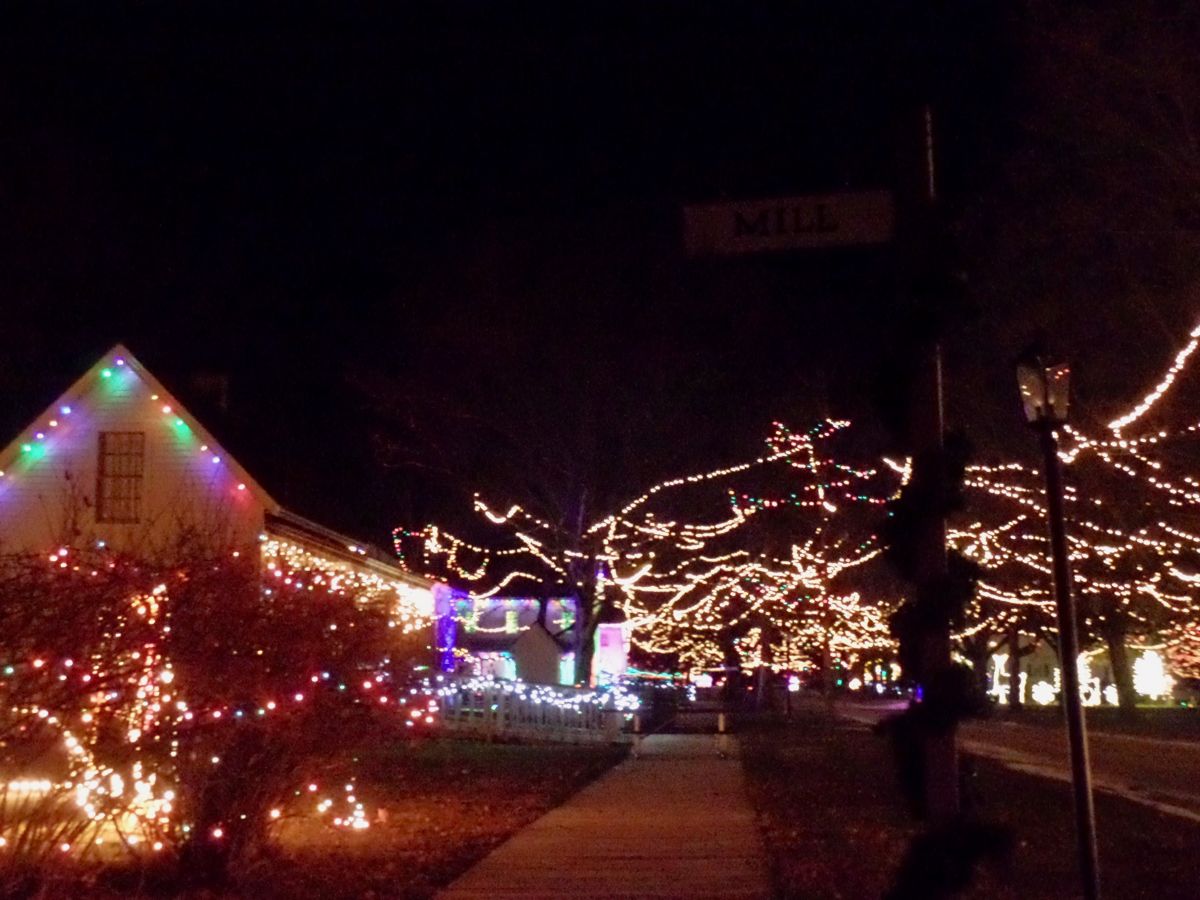 And here we're looking up the main street for Crossroads Village. The normal entrance is off in the lower right corner but good luck making it out. 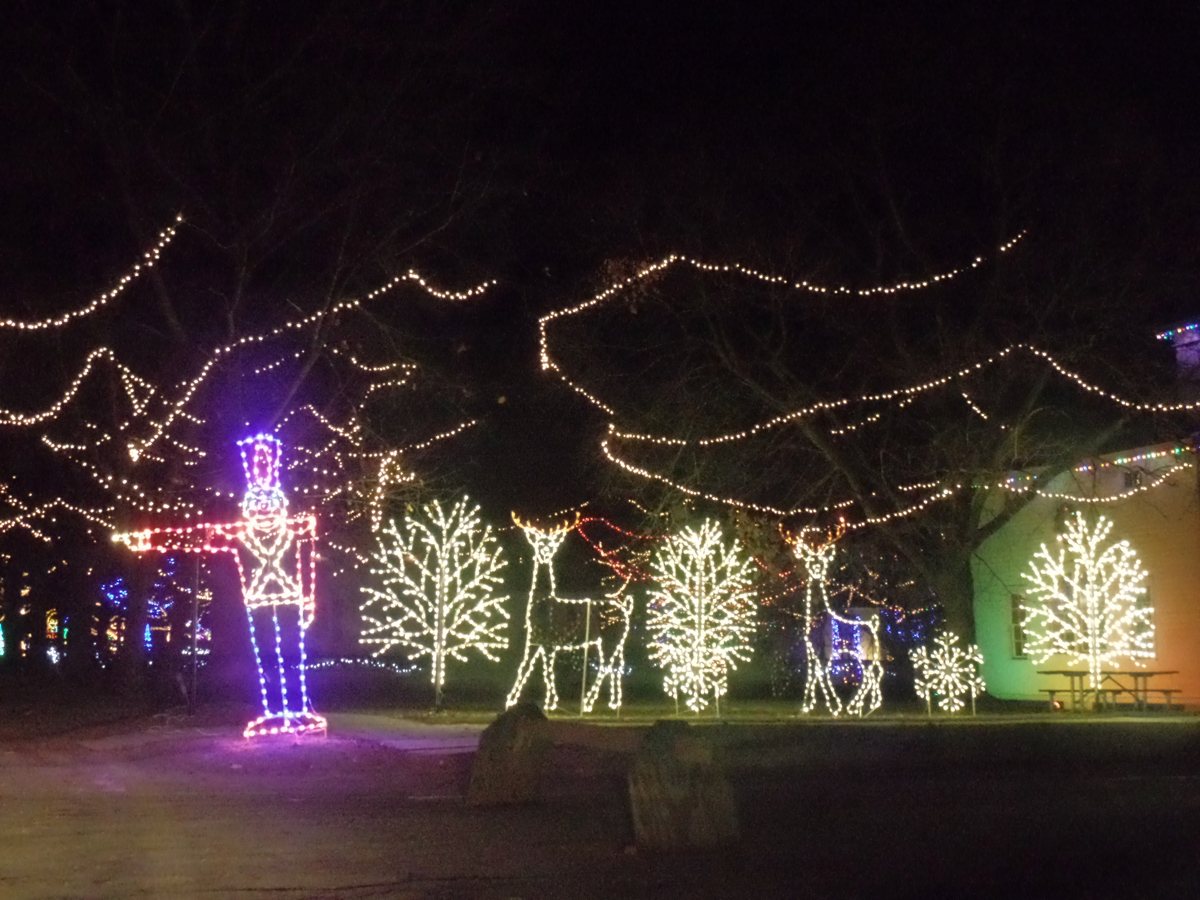 The directional Nutcracker plus some reindeer and lighted trees. 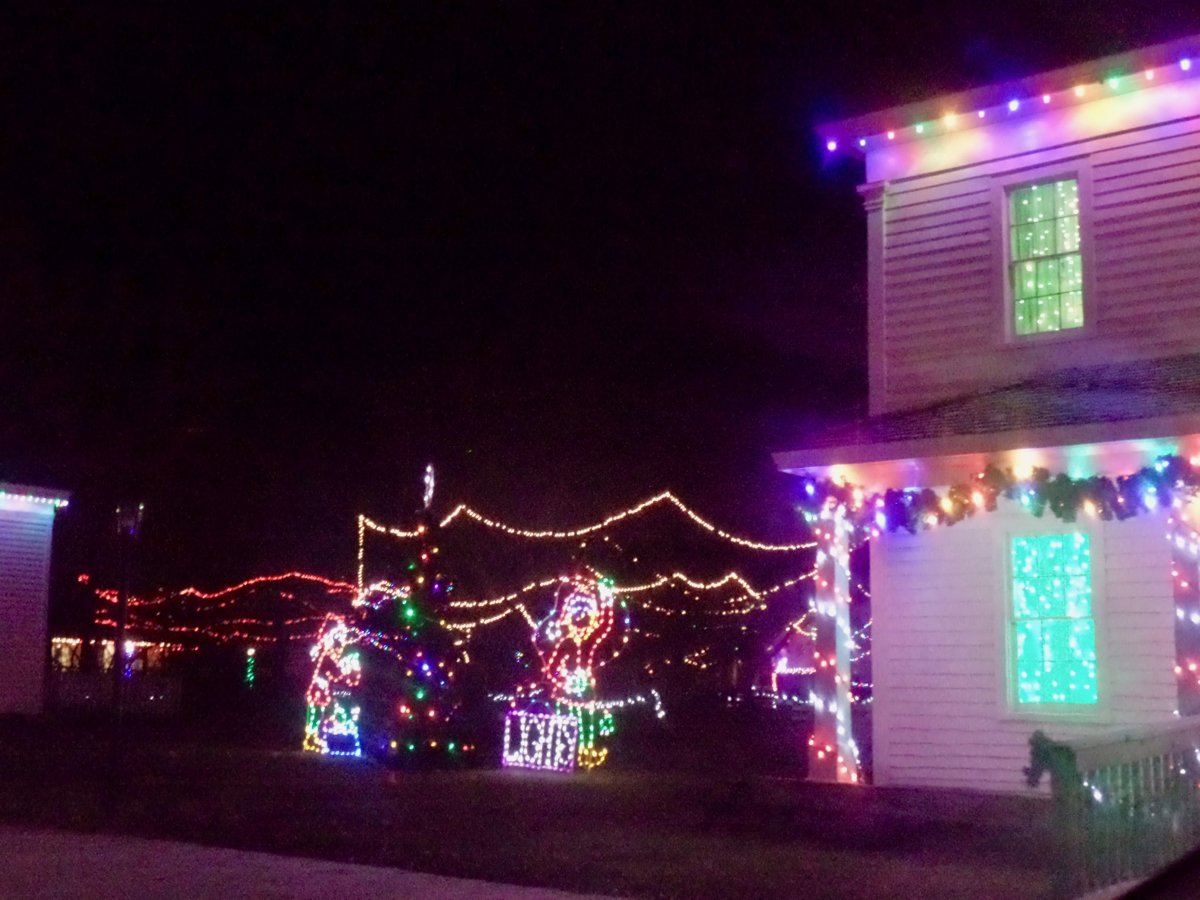 I think the building on the right houses the village printing press. 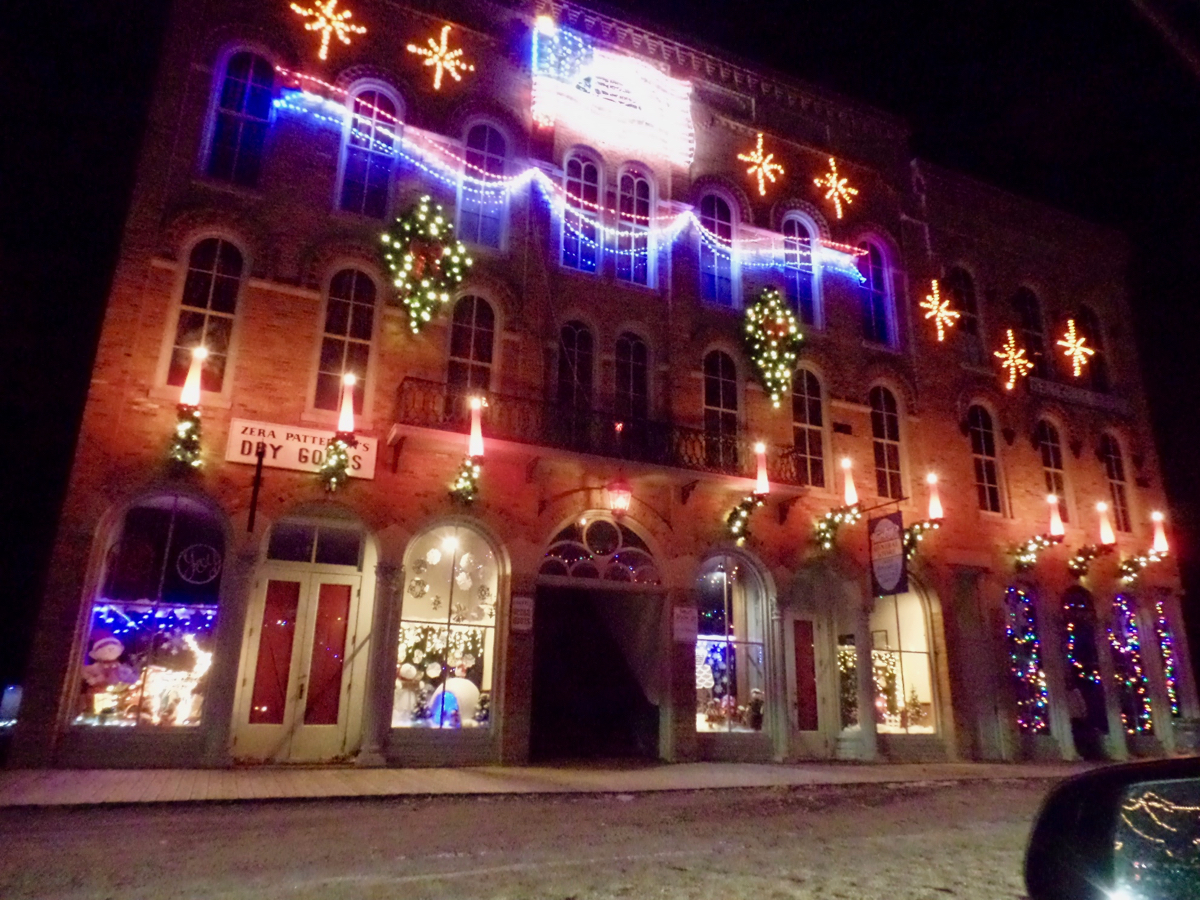 And here's the souvenir shops (the first floor doors; they're connected inside), the opera house (the upper floors), and the cafe (way off on the right). 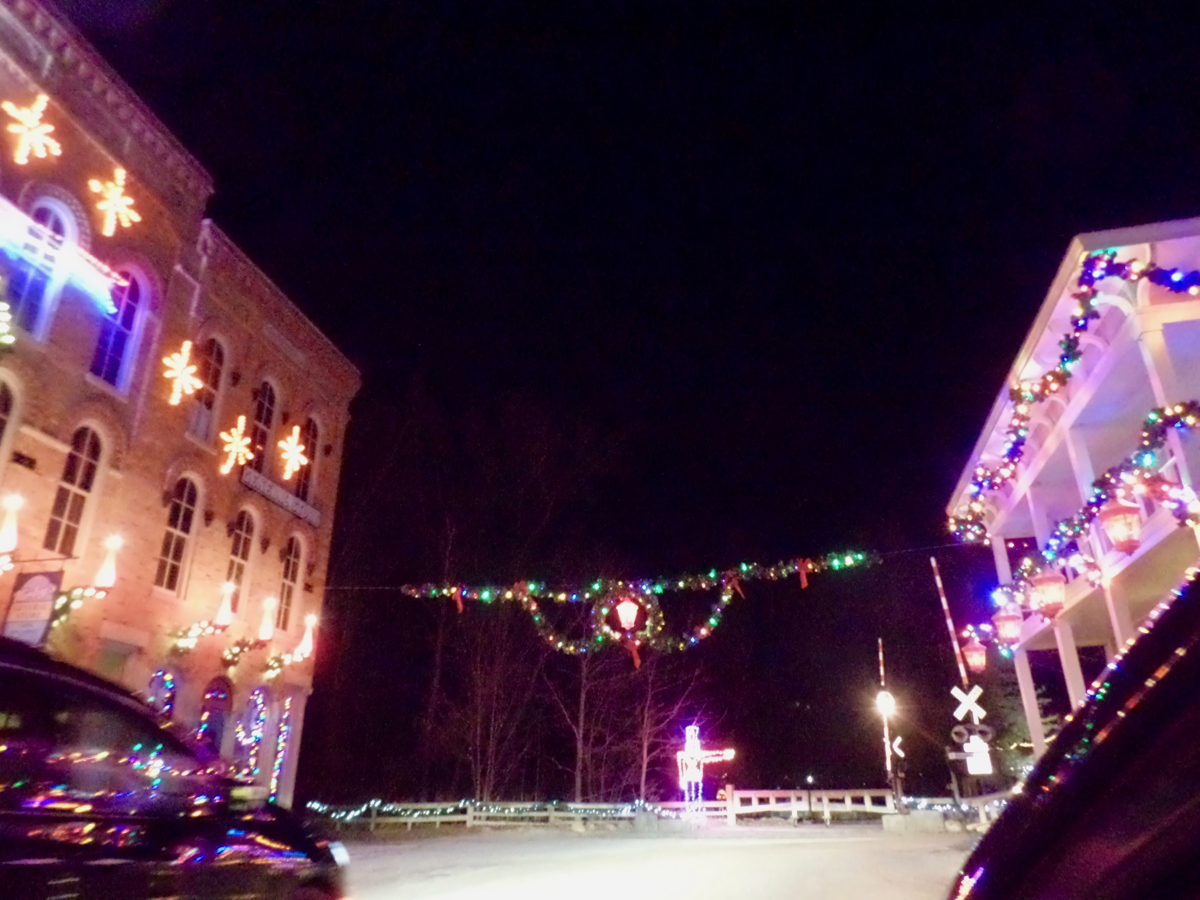 The front end of the main street; the closed gates are where the train crosses. 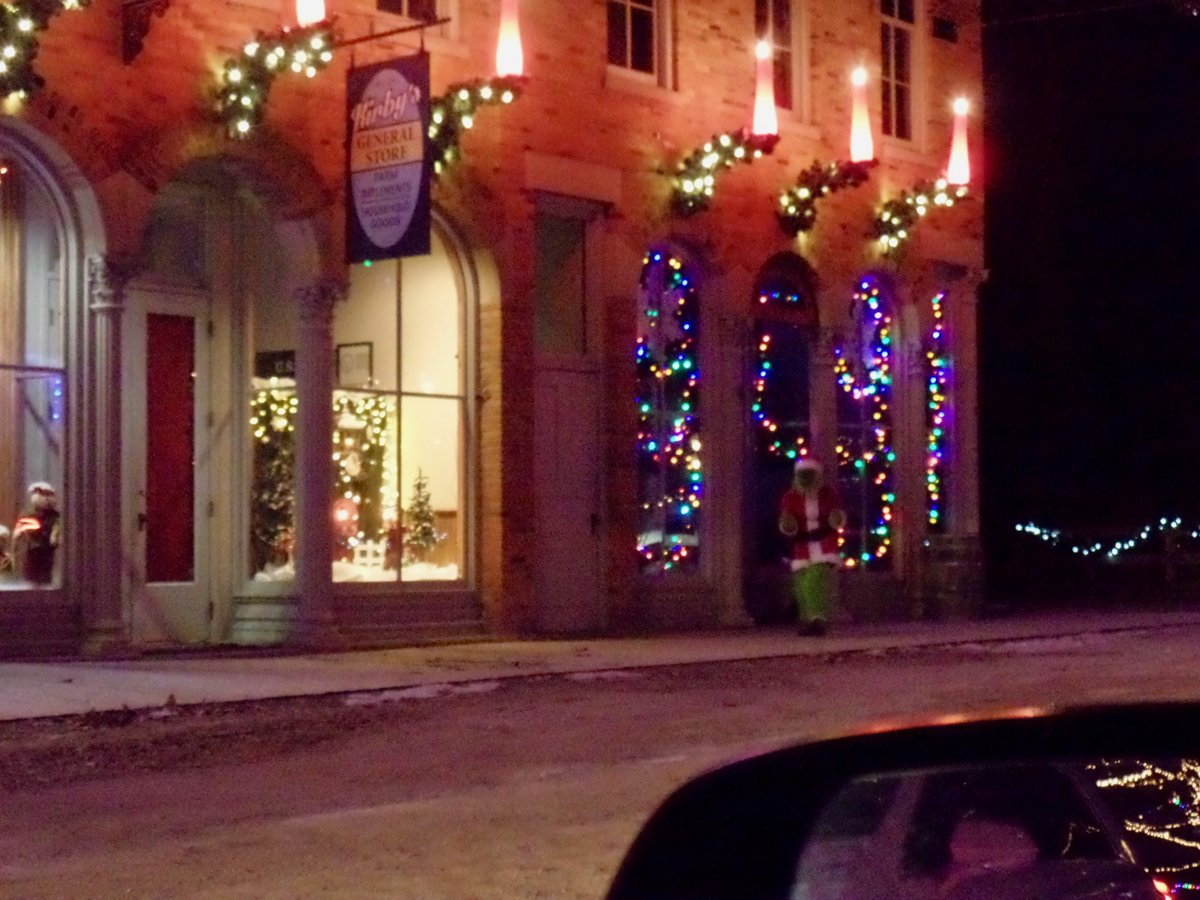 And they had a Grinch in! He was just walking back and forth, this time, but maybe he did some crowd work other times of night. 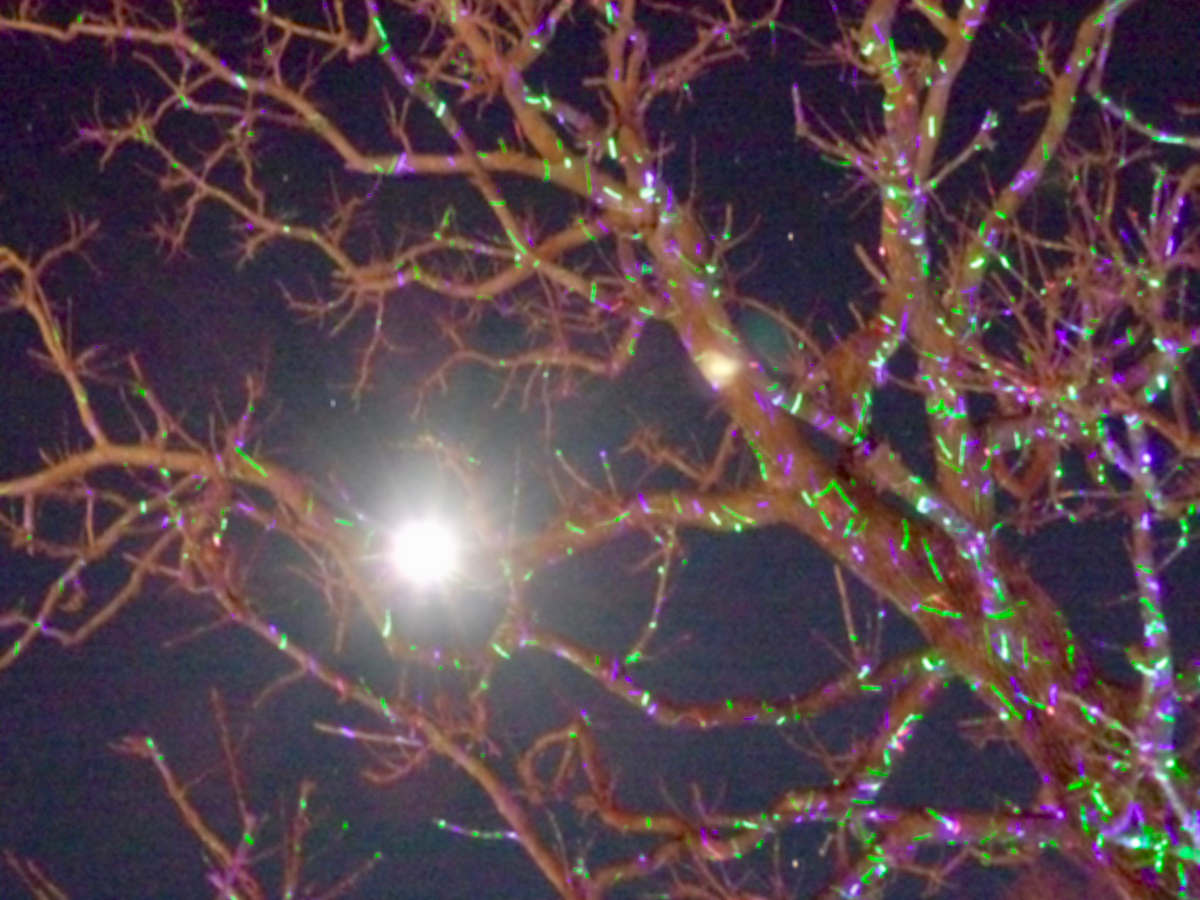 The most shocking thing: the tree in the town square that's normally wrapped with all the lights in the world was unlit. They explained that they didn't have time to prepare it, which startles me as I thought we'd been there in summer and seen the tree was wrapped year-round. (Maybe it's not always wrapped with lights.) They promised to try an alternative and here's what they did, illuminating the tree with many laser-pointer spots. How do you think it looks? 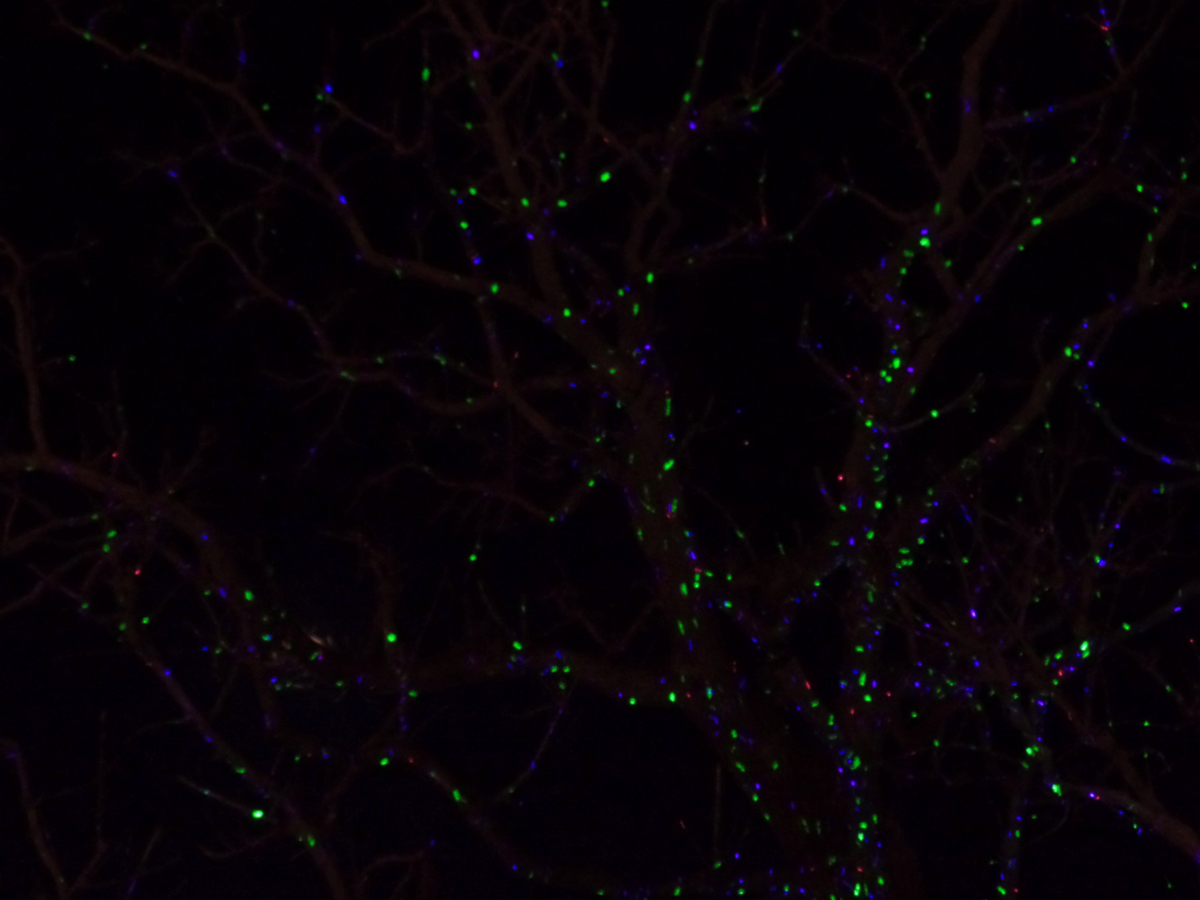 Here's how it looks without a camera flash that shouldn't have been on. The lights were moving around, of course, and you can see how many different colors there were. I suspect it was not a popular alternative, but I didn't read the Facebonk reviews. 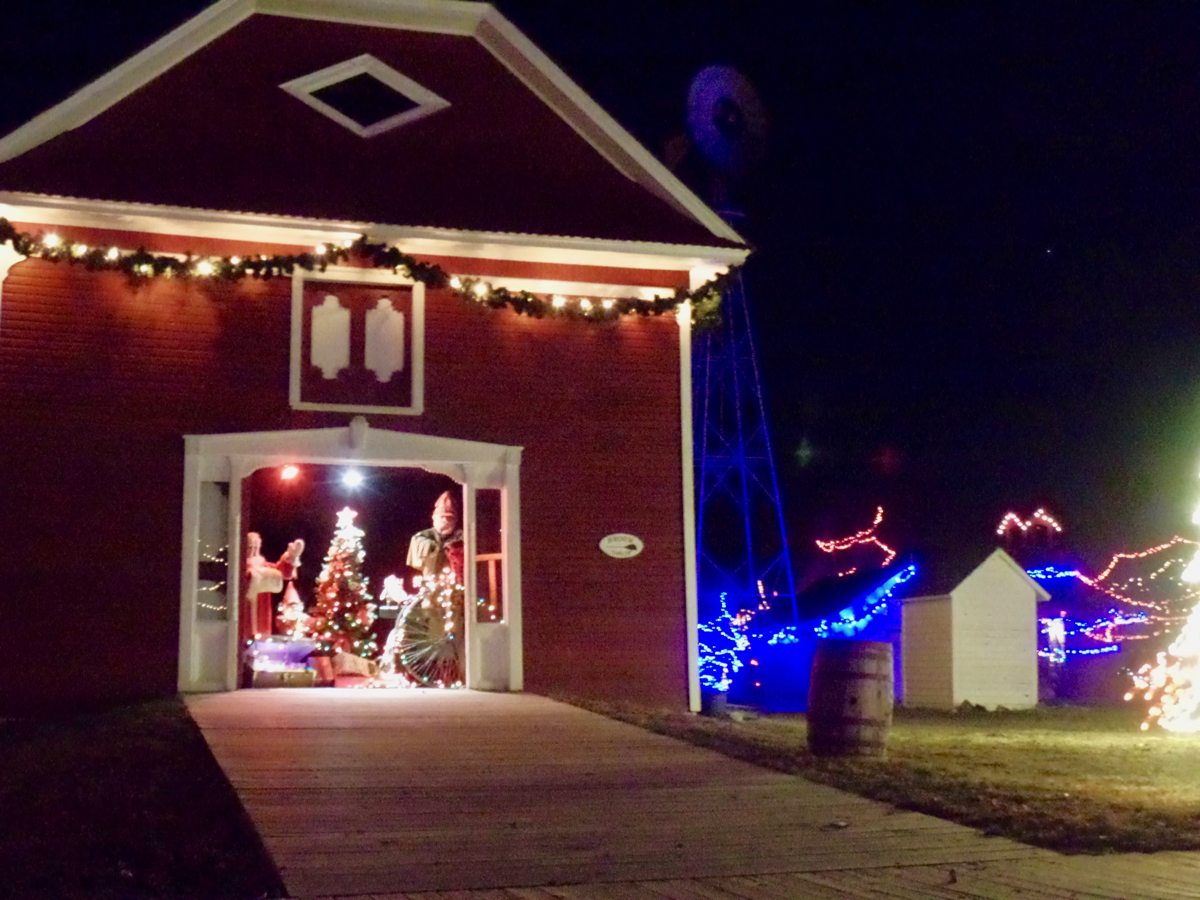 Nativity scene set up in the building that normally houses the model railroad layout. 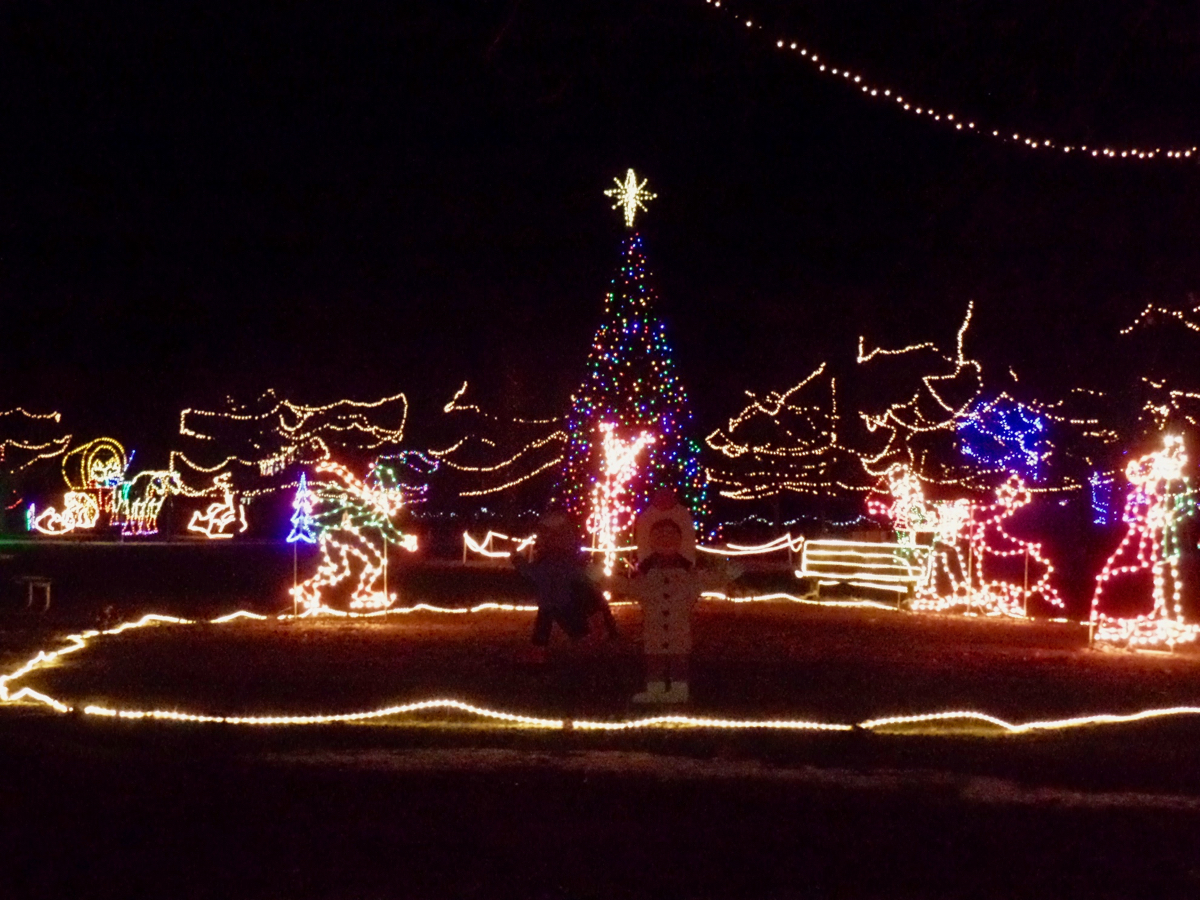 And looking into the big open space between the main streets.

Trivia: In mid-1949 President Harry Truman decided to reduce annual military spending from about $15 to about $13 billion. Source: The Vulnerability of Empire, Charles A Kupchan.

Currently Reading: Pogo: Pockets Full of Pie, the Complete Syndicated Comic Strips Volume 7, Walt Kelly. Editors Mark Evanier, Eric Reynolds. It's an era I haven't read before and I'm not sure if it feels off just because I haven't committed the story beats to memory or if it seems like there's more intrusions from guest characters out to stir up villainy. Also a little disappointed that Kelly seems to have bought into the notion of Fidel Castro as a great menace causing misery to the Cuban population; I know Castro's life was way more complicated than that, and that it was not at all clear what was happening in spring of 1961, but ... like, there's reasons he was able to kick the old guy out. And why the CIA couldn't manage to overthrow him, when they were happy to throw out anyone up to Harold Wilson given a running start.