But it's a futile act

Keeping at my two-a-week pace on the mathematics blog. How's that looking for me? Recent posts include:

Meantime in cartoon-watching, here's 60s Popeye: Model Muddle, featuring one model, who's not confused about it. It's not bad exactly but the biggest thrills are irony-tinged.

Now let's enjoy some more of the drive through Crossroads Village, December 2020. 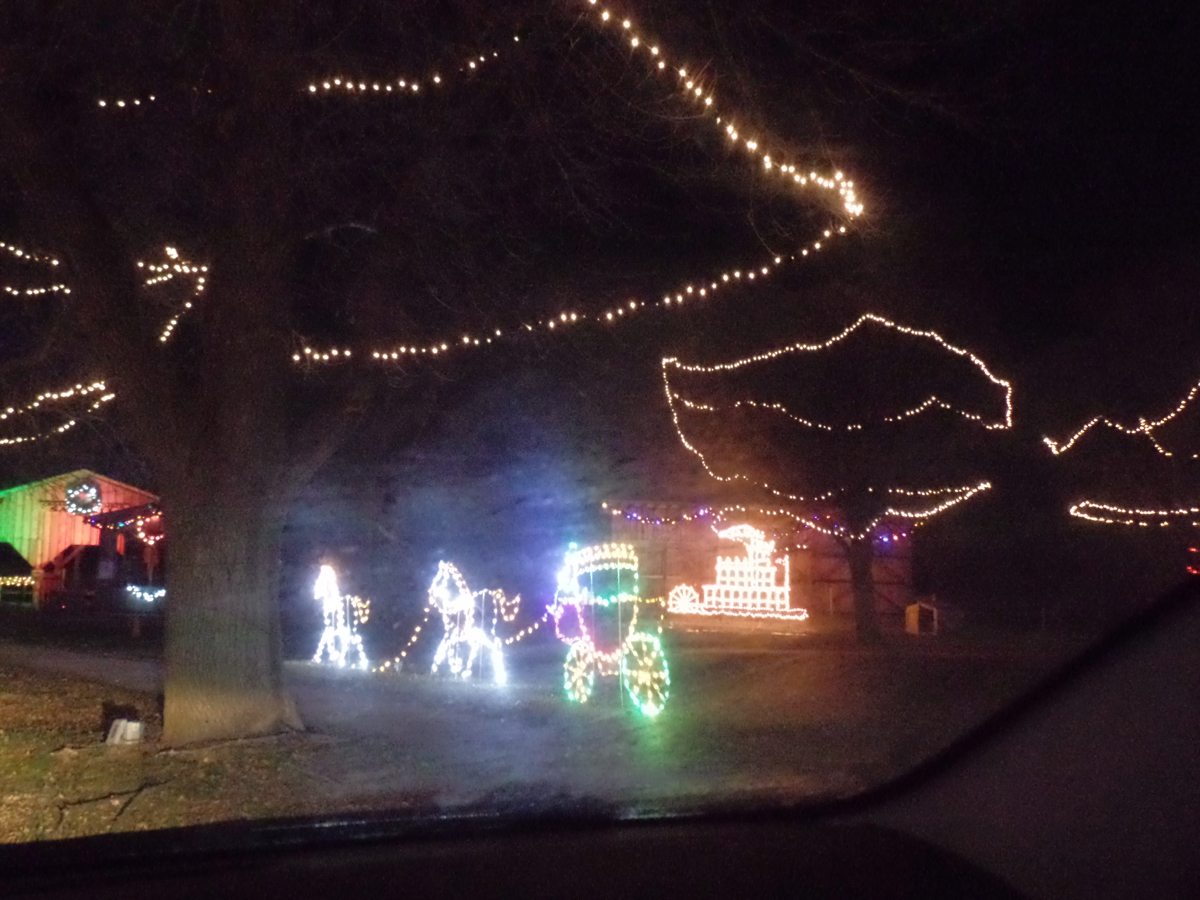 A horse-drawn carriage figure and what's that in the background? 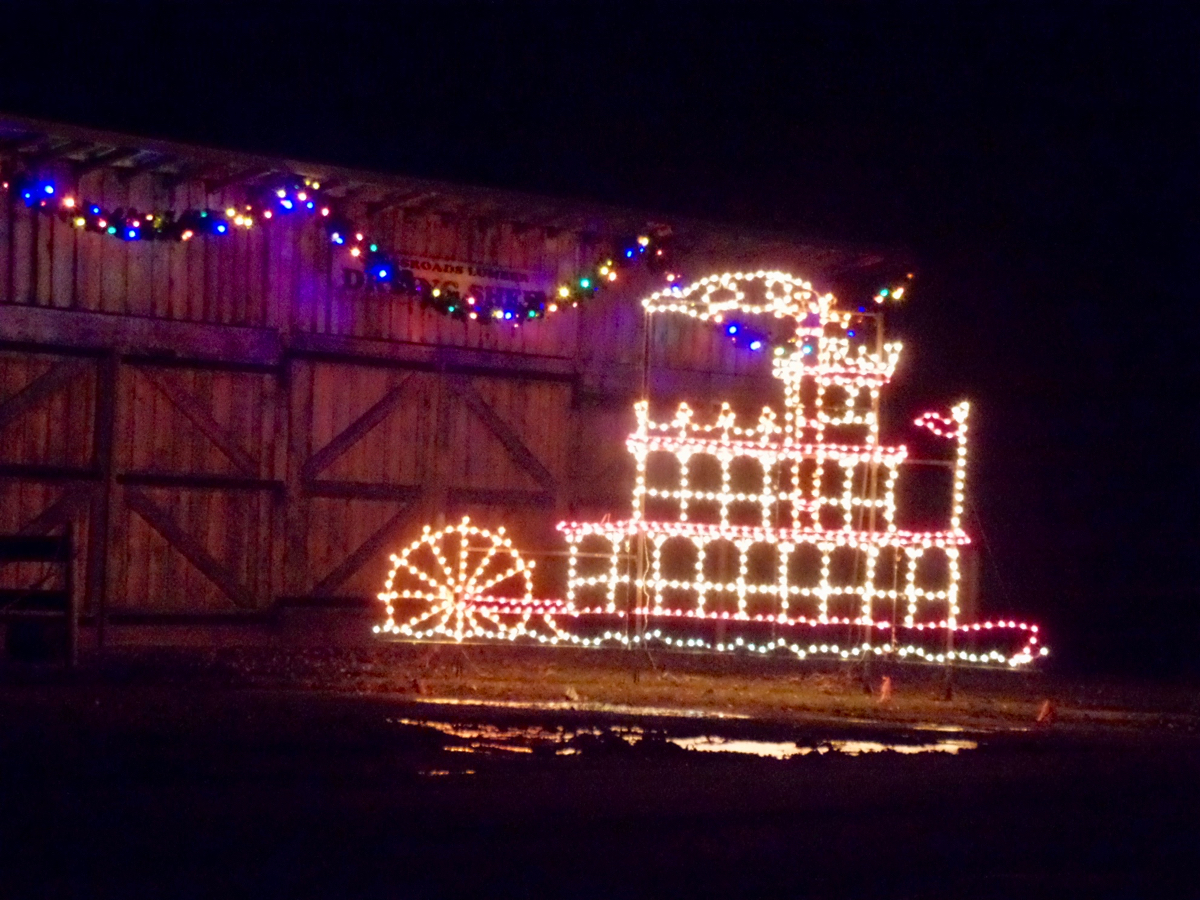 It's their fixture representing the Genesee Belle, their steamboat. This is one of the figures we normally only see on the train ride. 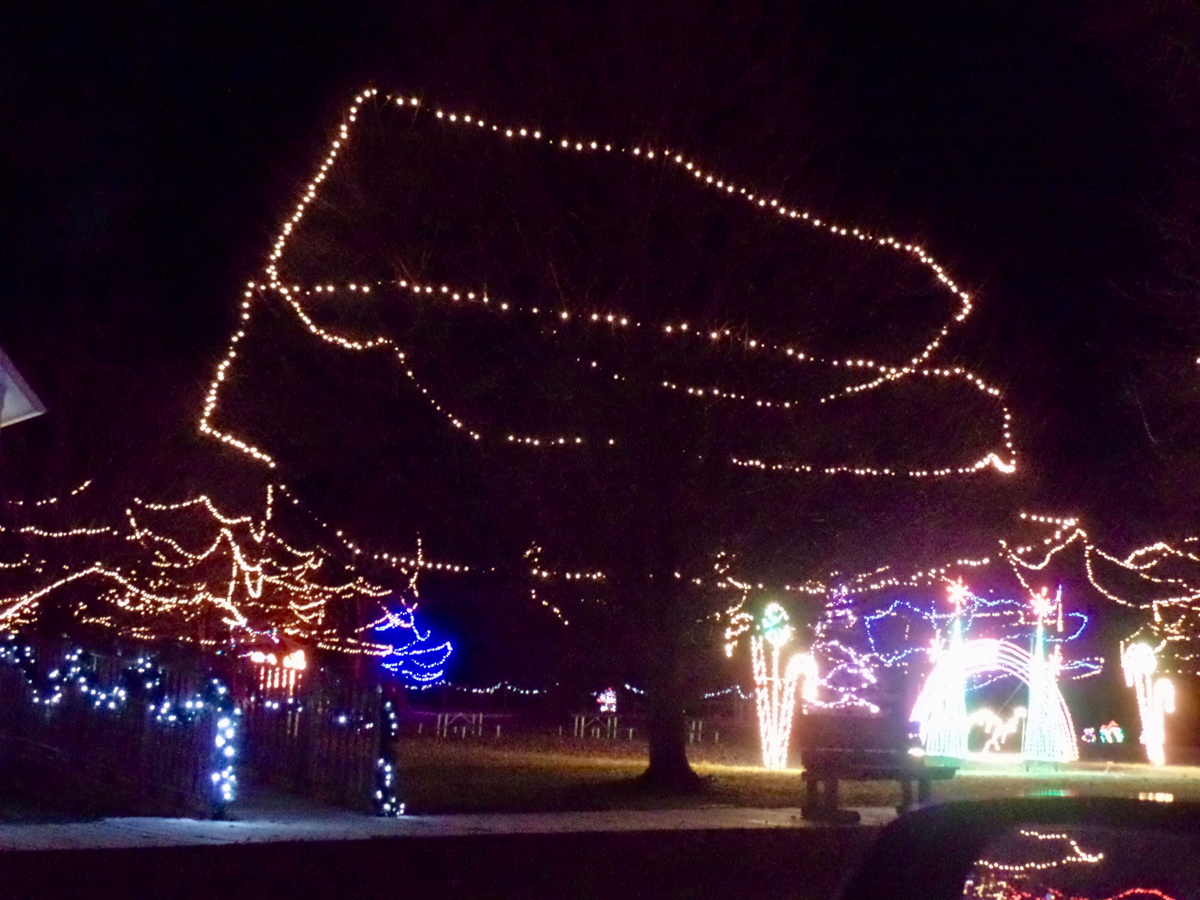 You can infer the locations of the trees from their illumination here. 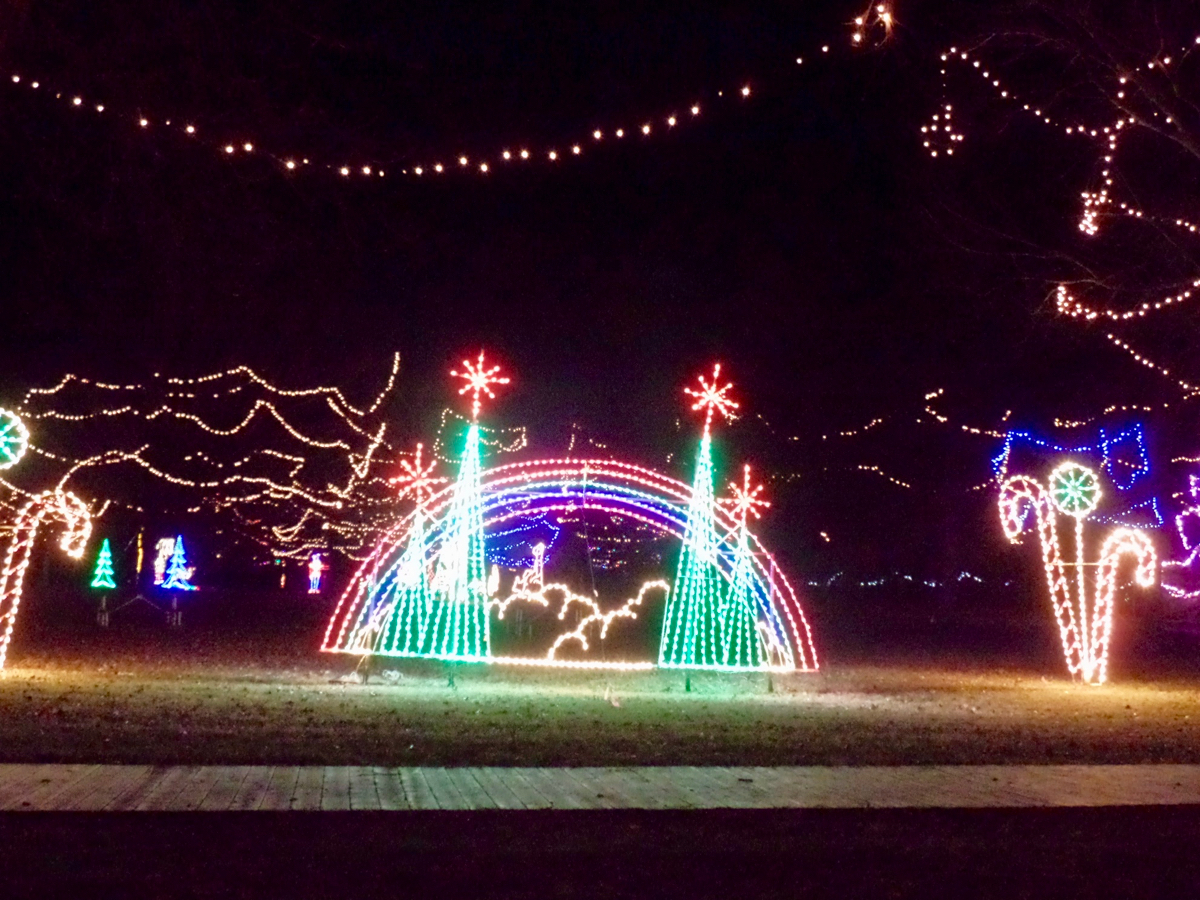 Rainbow and trees here. I think this is another fixture we normally only see from the train ride. 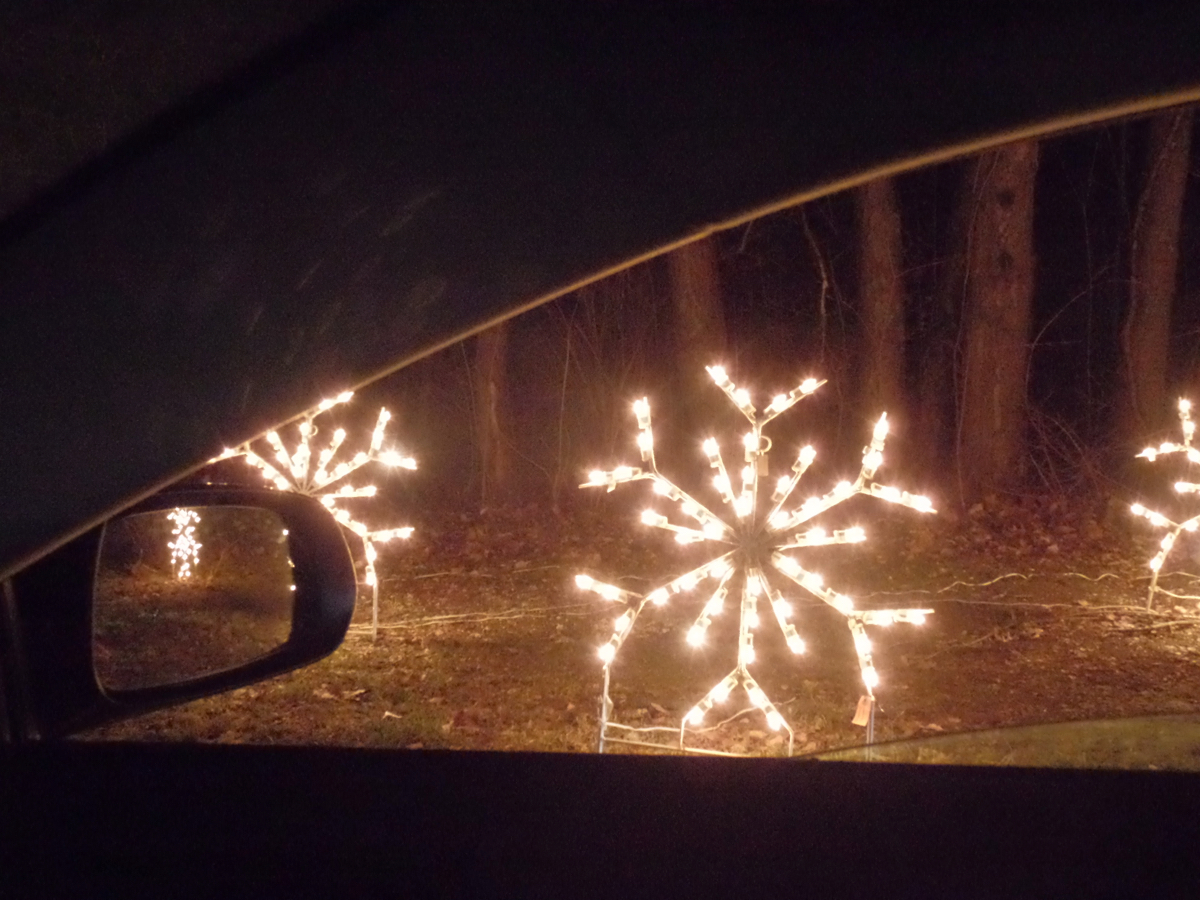 Couple of large snowflakes. Check out my side mirror, too, showing stuff. 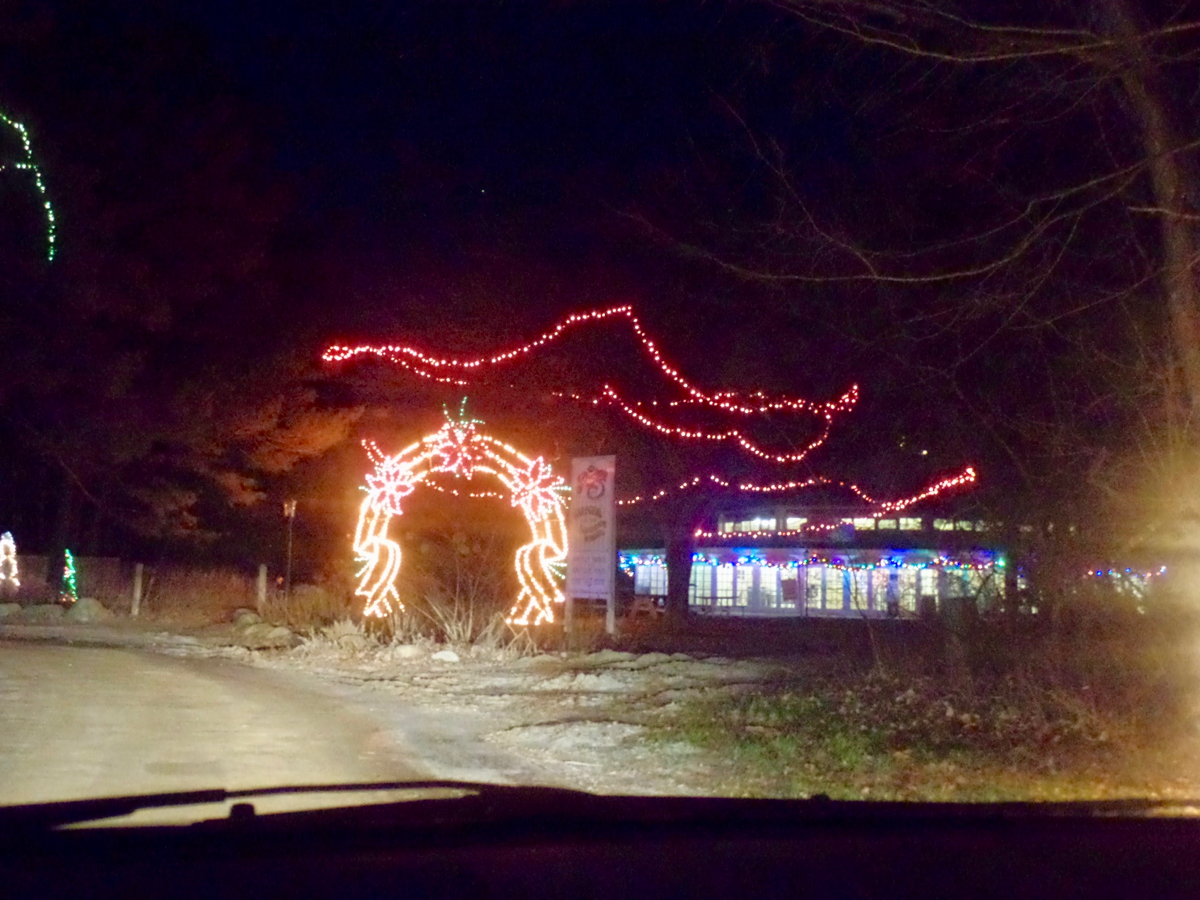 And here's their C W Parker Carousel building! The only carousel that

bunny_hugger and I would see together in person for 2020. 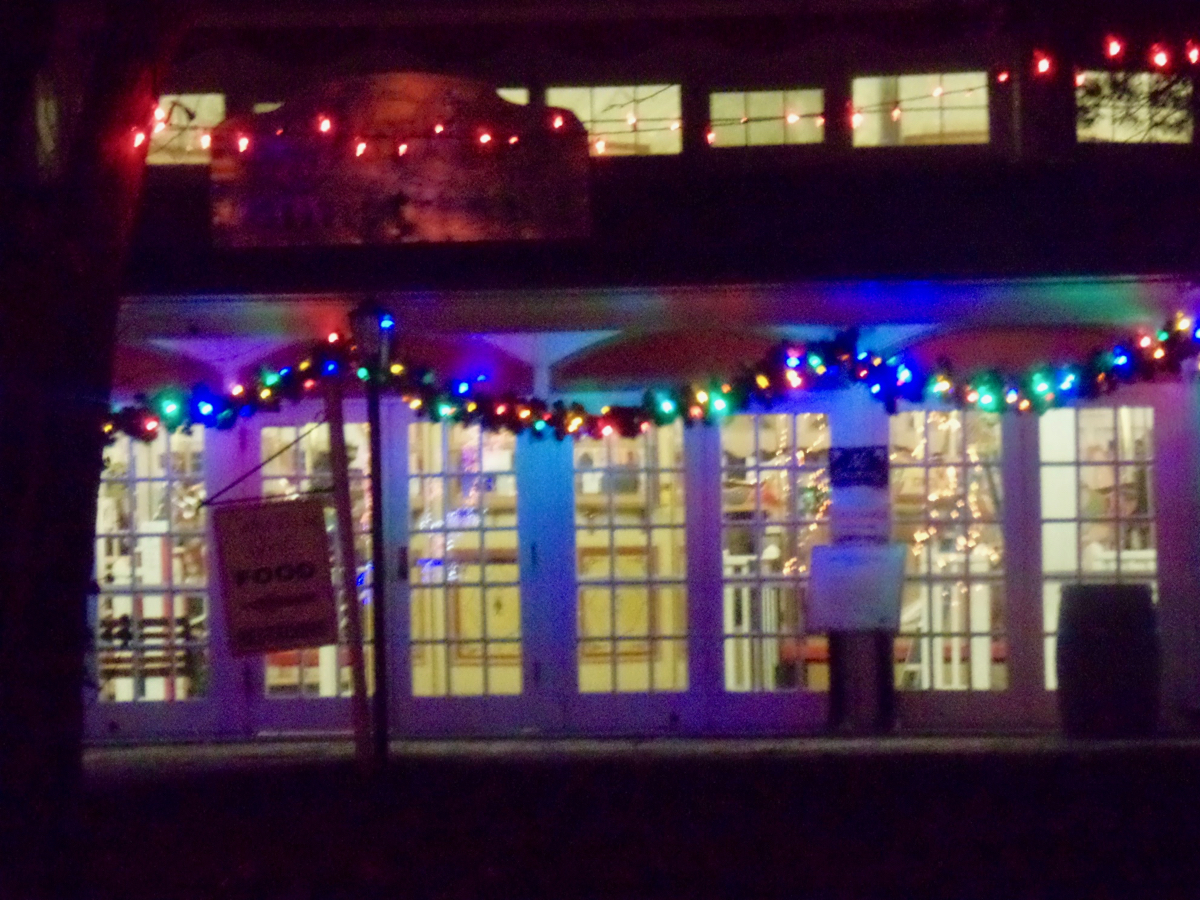 As close as we got to the carousel, too. So what do you think; are the horses decorated with the blankets that look all seasonal and protect them from mud and snow being tracked in? 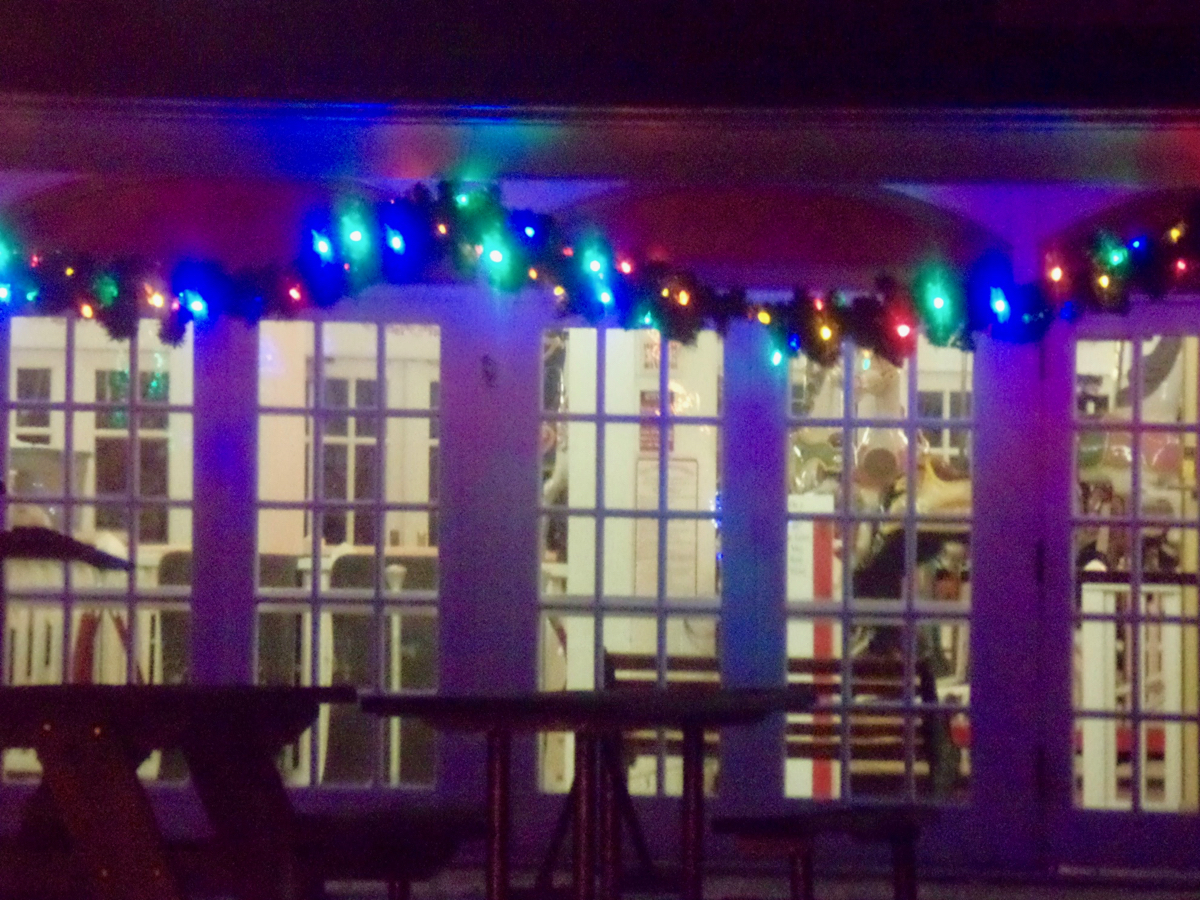 What do you think now? The best view of the carousel that I got. 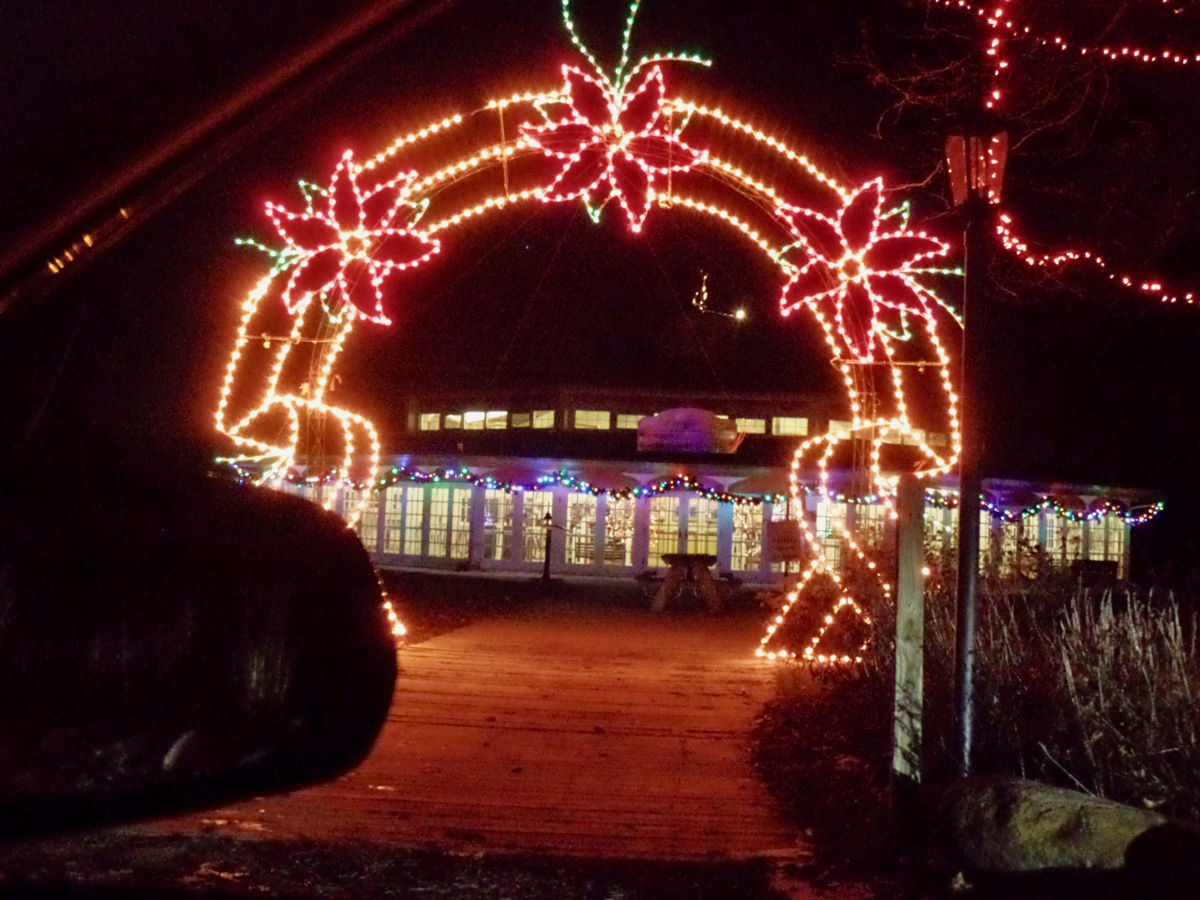 A last look at the carousel and at the arch that's always good framing for a view of the building. When my side mirror's not in the way. 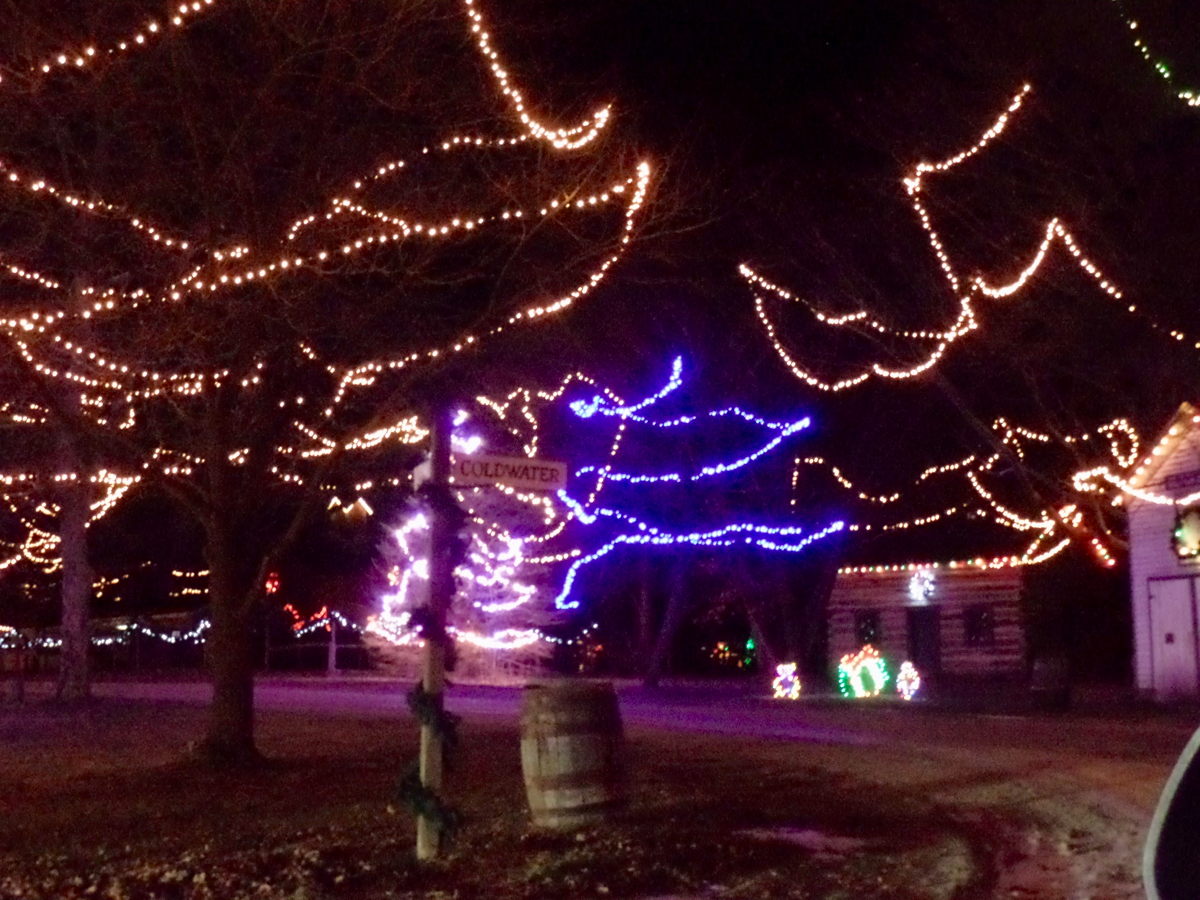 Looking from outside the carousel to the edge of town. Beyond here is a bunch of space that's reserved for the park but not normally public. 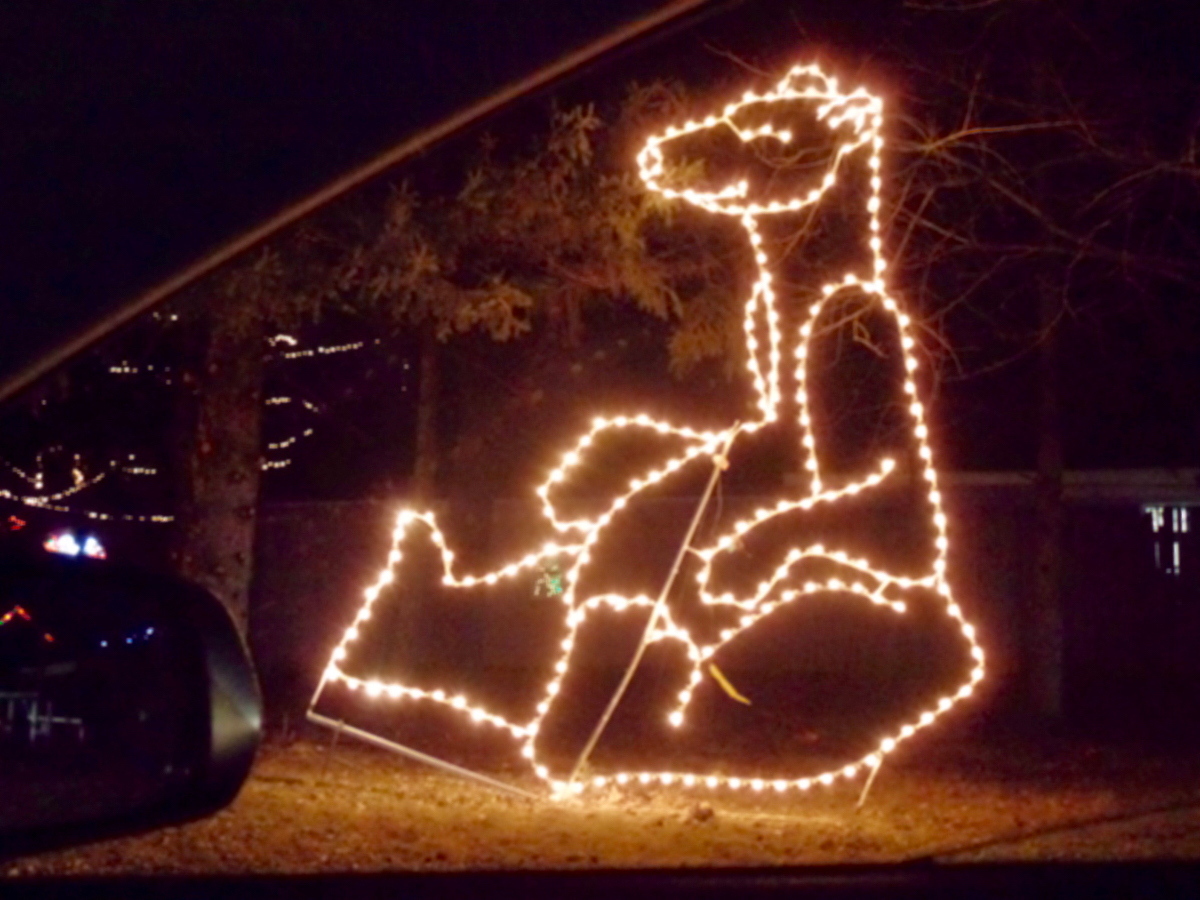 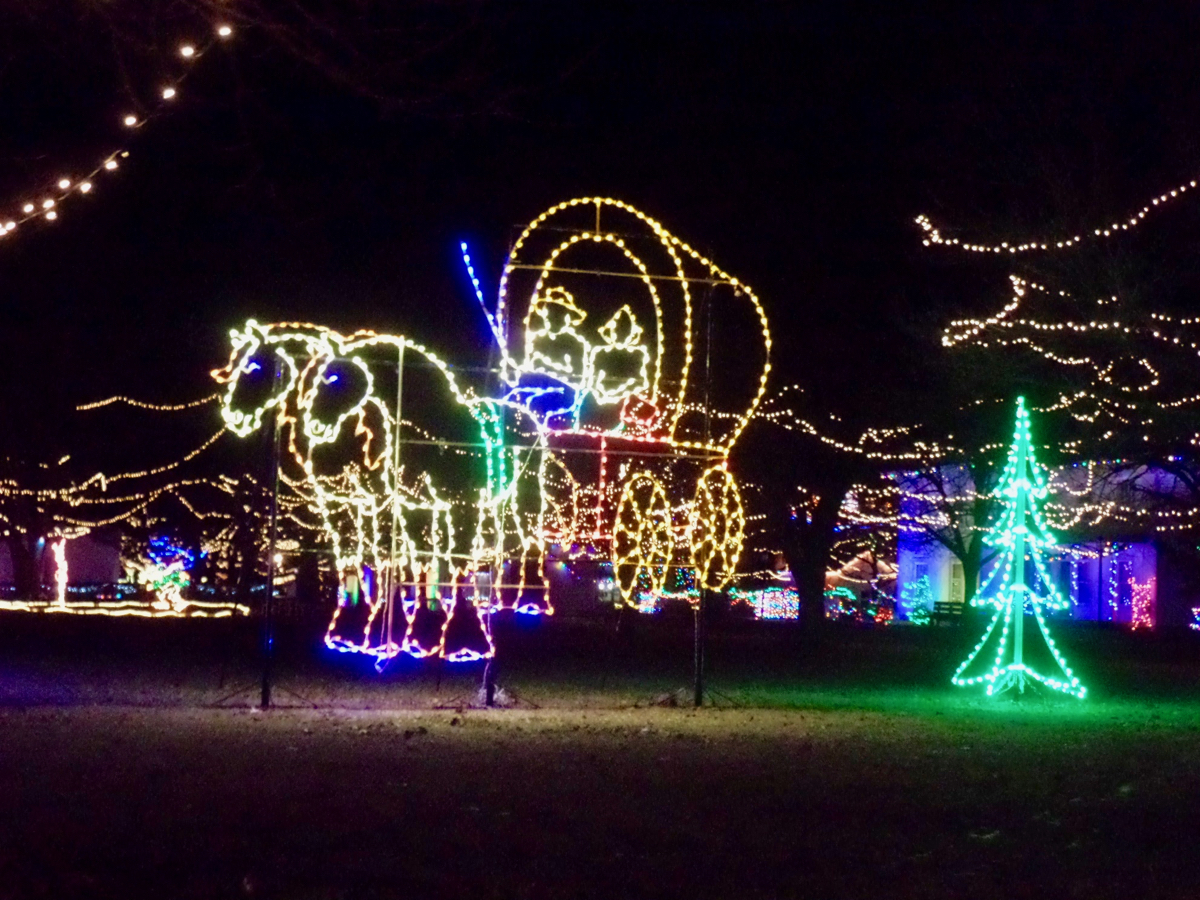 And a covered wagon, another of the train-ride fixtures.

Trivia: In 1825 Loammi Baldwin identified a spot where a five-mile-long tunnel could be bored through the Hoosac Mountains near North Adams, Massachusetts, which would greatly improve travel between Albany and Boston. He estimated the cost at no more than a million dollars. This was too much for Massachusetts to bear. Source: Engineers of Dreams: Great Bridge Builders and the Spanning of America, Henry Petroski. (The 4.75-mile-long Hoosac Tunnel would be built from 1851 to 1875; the 1851 estimate was $2 million and the final cost $21 million, per Wikipedia.)