And then the crowds came near

A goldfish died today. We'd come very near returning them to the pond outdoors without losing one. There wasn't an obvious sign of something being wrong, and we treated them for possible flukes earlier in winter. It's just that one day the fish was fine and the next it was dead.

I worry, naturally, that it's my fault. I'd slacked off on changing the water since we're so near putting them back outside, and that allows nitrate to build up. It's in the tank with the more fish (and the more water), that's had the higher nitrate all winter long. But there's no diagnosing it. There's just living with the thought that maybe if I were less lazy last week this fish would have grown old.

We haven't yet got the algae-killer that the pond outside needs for its spring cleaning. But that should arrive soon, as should the pond warming up to be less cold than the inside is. Then we can move the fish outside to where they'll be in healthier waters and just need to stay under the net where cats and raccoons can't reach.

Also today we woke to the house being cold, about ten degrees (Fahrenheit) chillier than it should be. The batteries in our thermostat died, the second(?) or third(?) time that's happened since

bunny_hugger got the new furnace a dozen(?) years ago. No serious issue; the house was back to what it should be in about an hour. But now we know to replace the batteries sometime around October each year, so we don't risk the heat going out for good and the pipes freezing when we're away on a winter trip.

So now in my photo roll we reach into February. And, sorry to say, fewer and less diverse pictures. There just wasn't anything much to go to, or to photograph. You'll be seeing lights and pets for a while now. It's quite plausible that my blog here will catch up to the present day before we next go out and do anything photo-worthy. 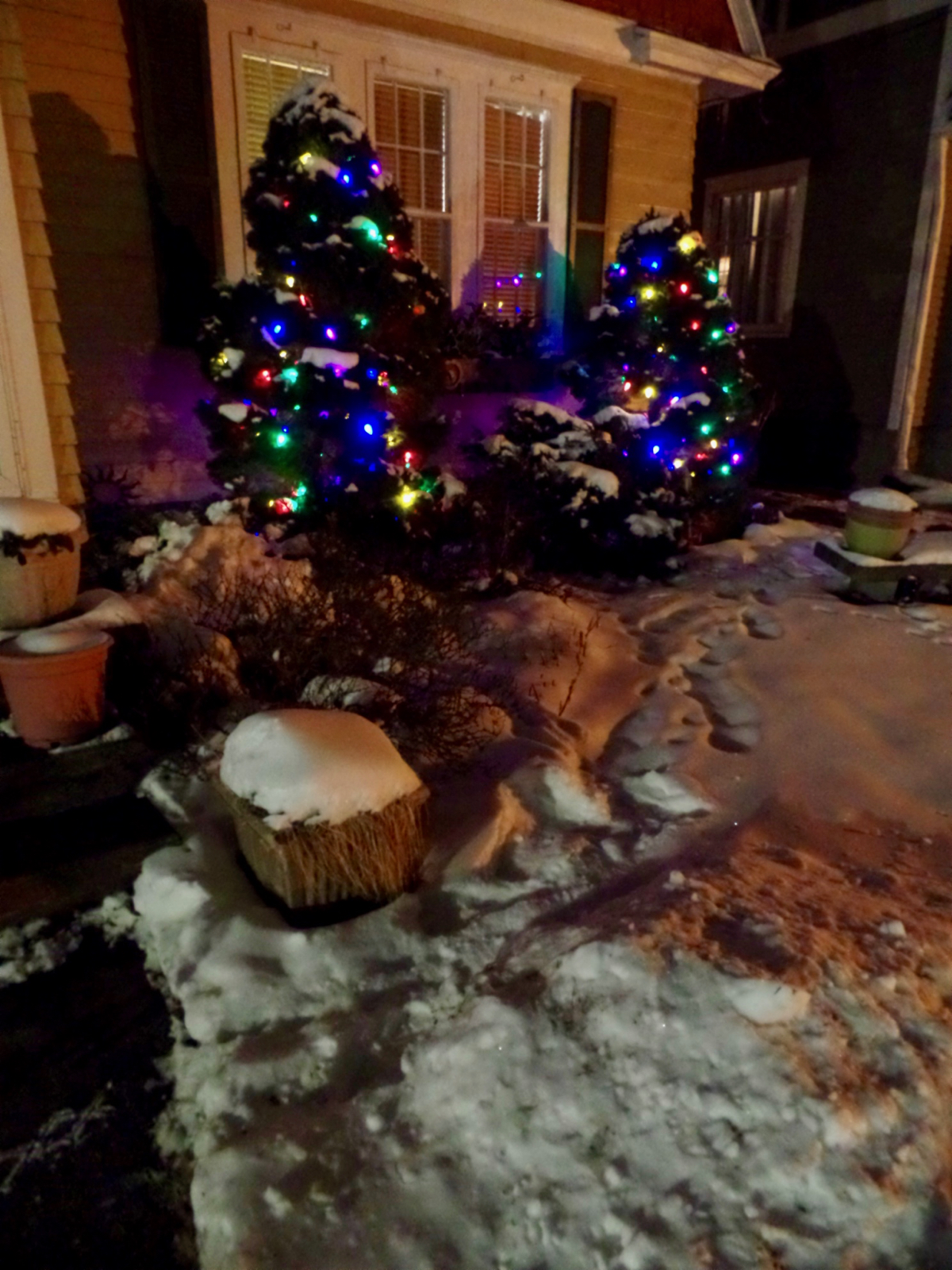 Photograph of our front yard decorations the last night they'd be up, just before Groundhog Day. You may notice the window box lights are gone. They failed, and

bunny_hugger as she had warned she'd do mailed them and the receipt back, getting eventually a refund rather than a replacement set. 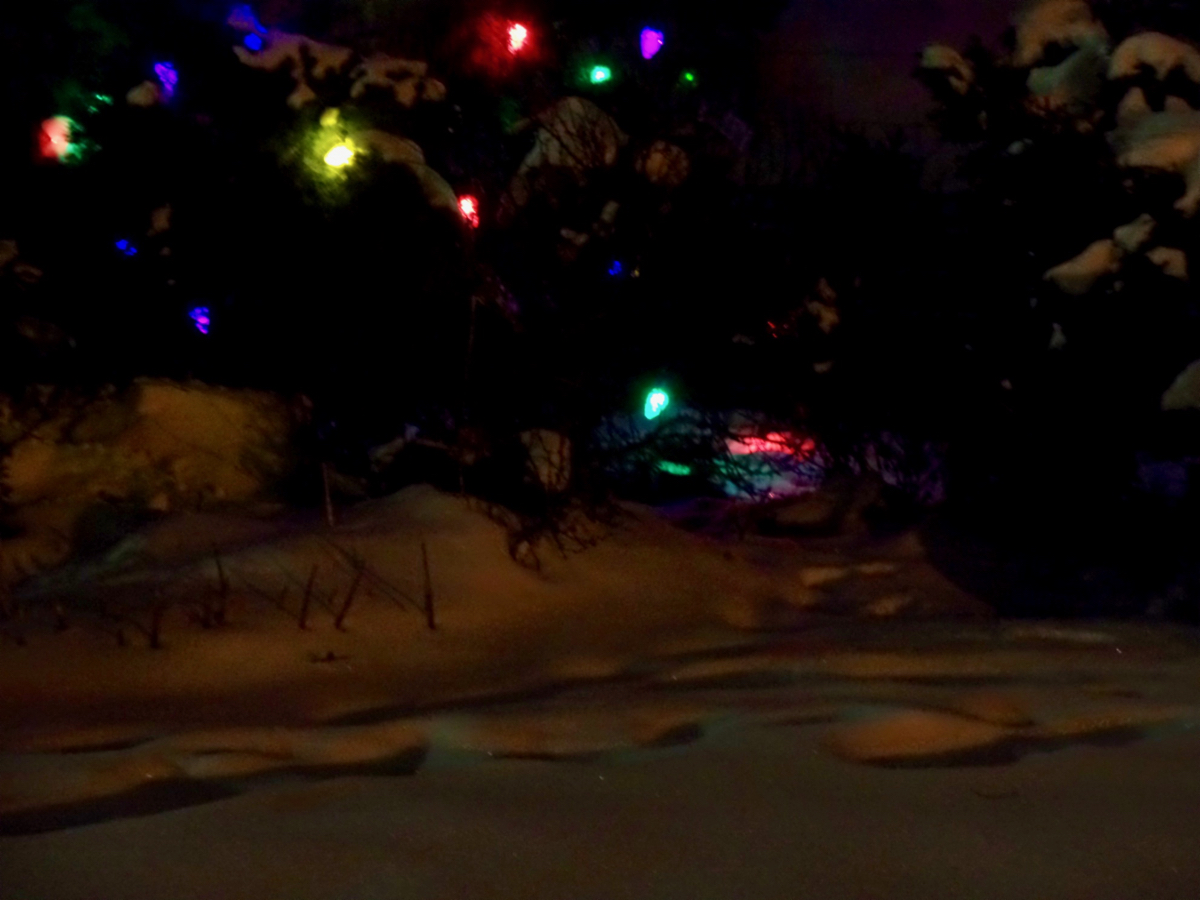 The base of our bushes, showing light reflecting off the snow. 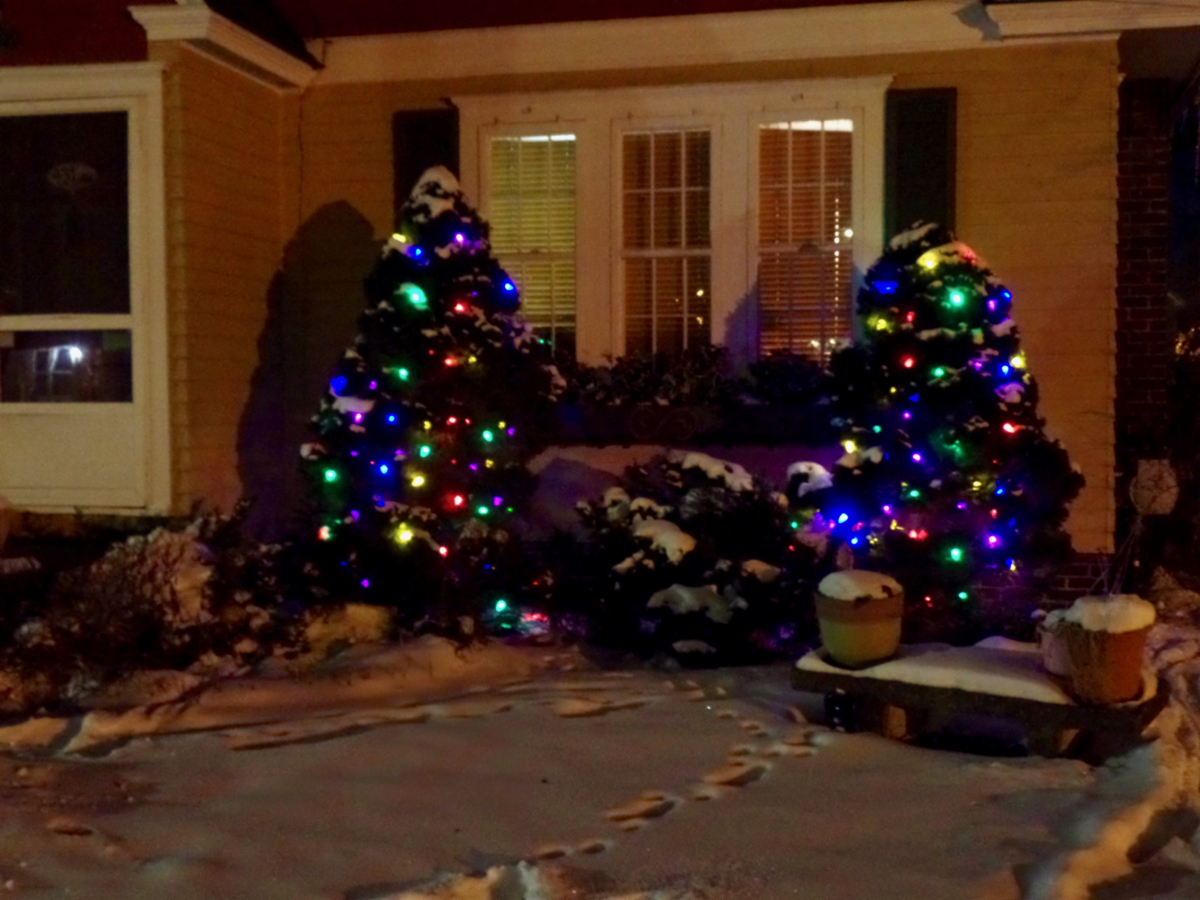 And another angle on our bushes. We have no explanation for why one is so much bigger than the other. 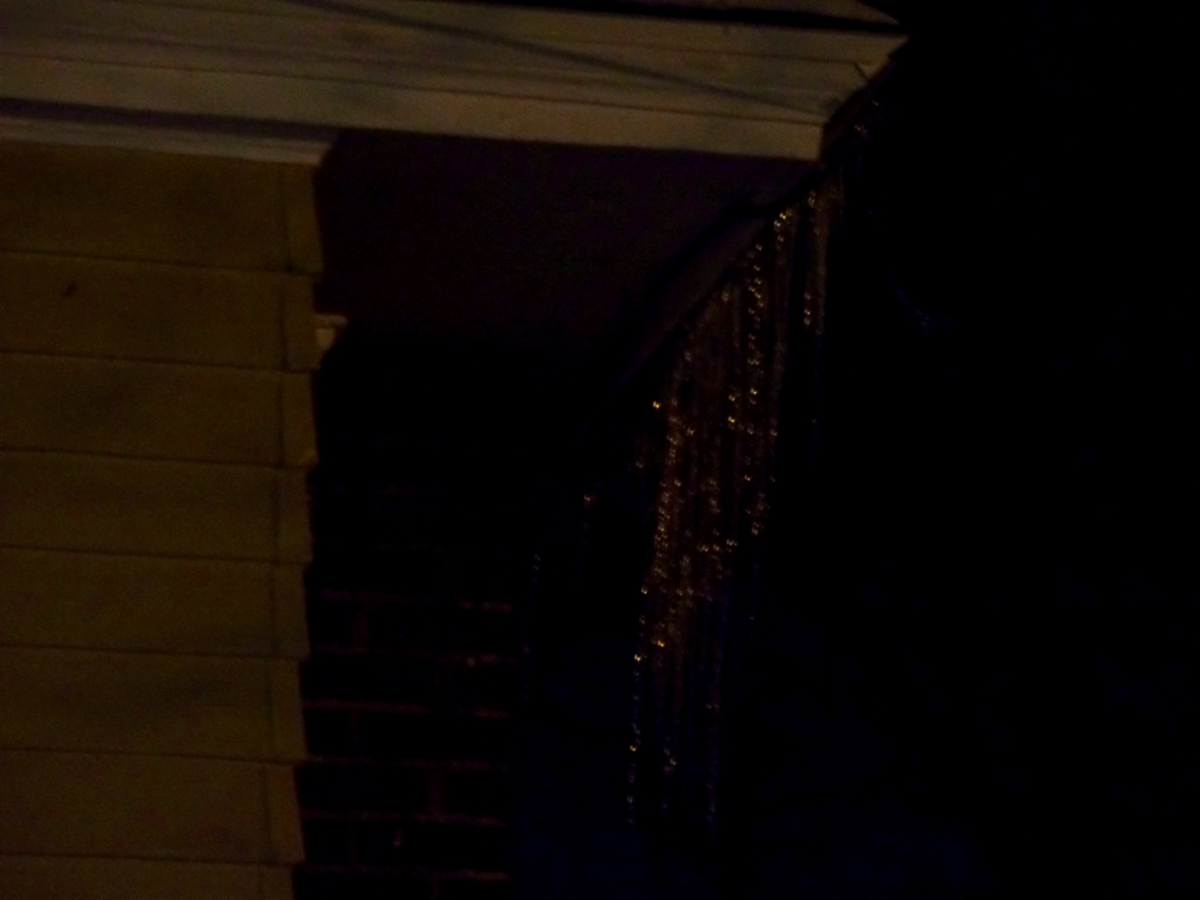 Icicles dangling over the south side of the house. 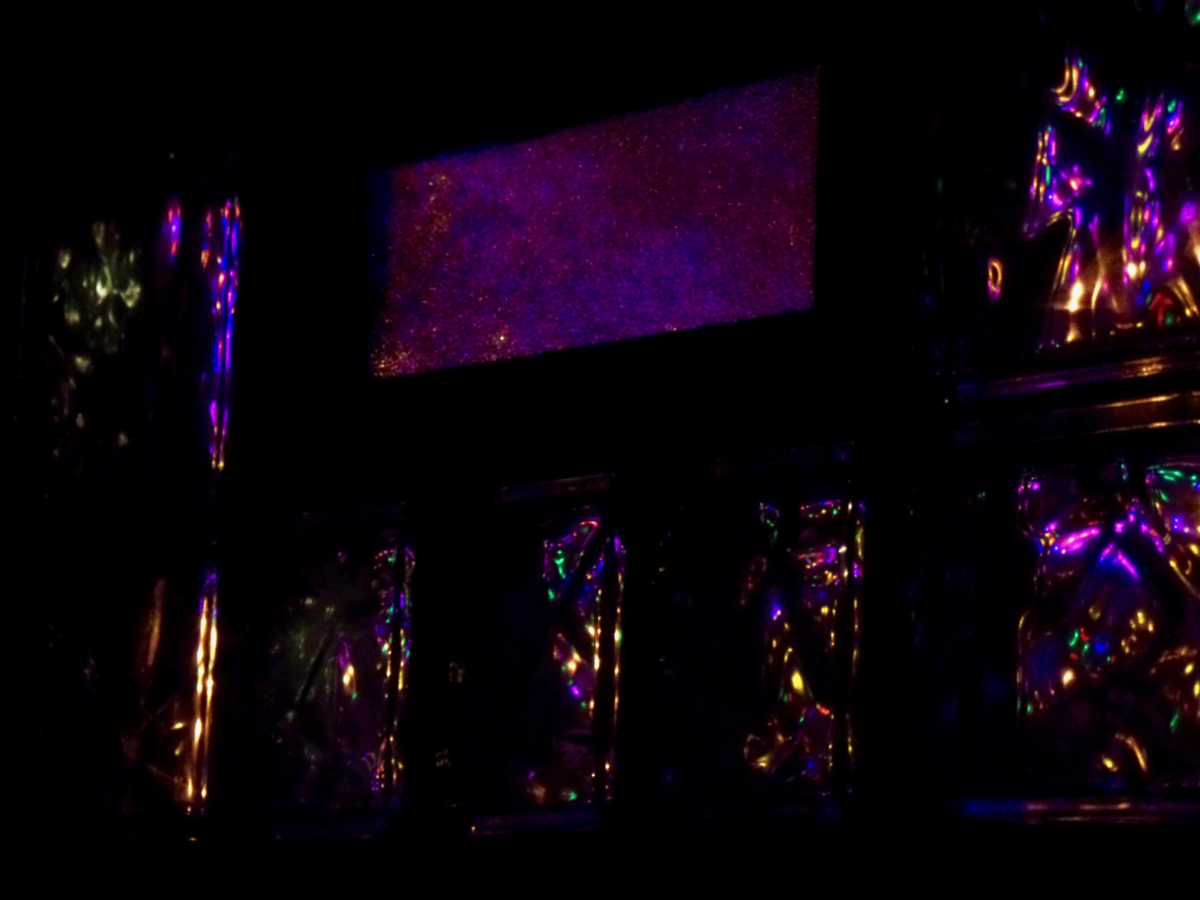 And looking at the outdoor lighting through the heavy glass block windows in the basement. Don't they look great? 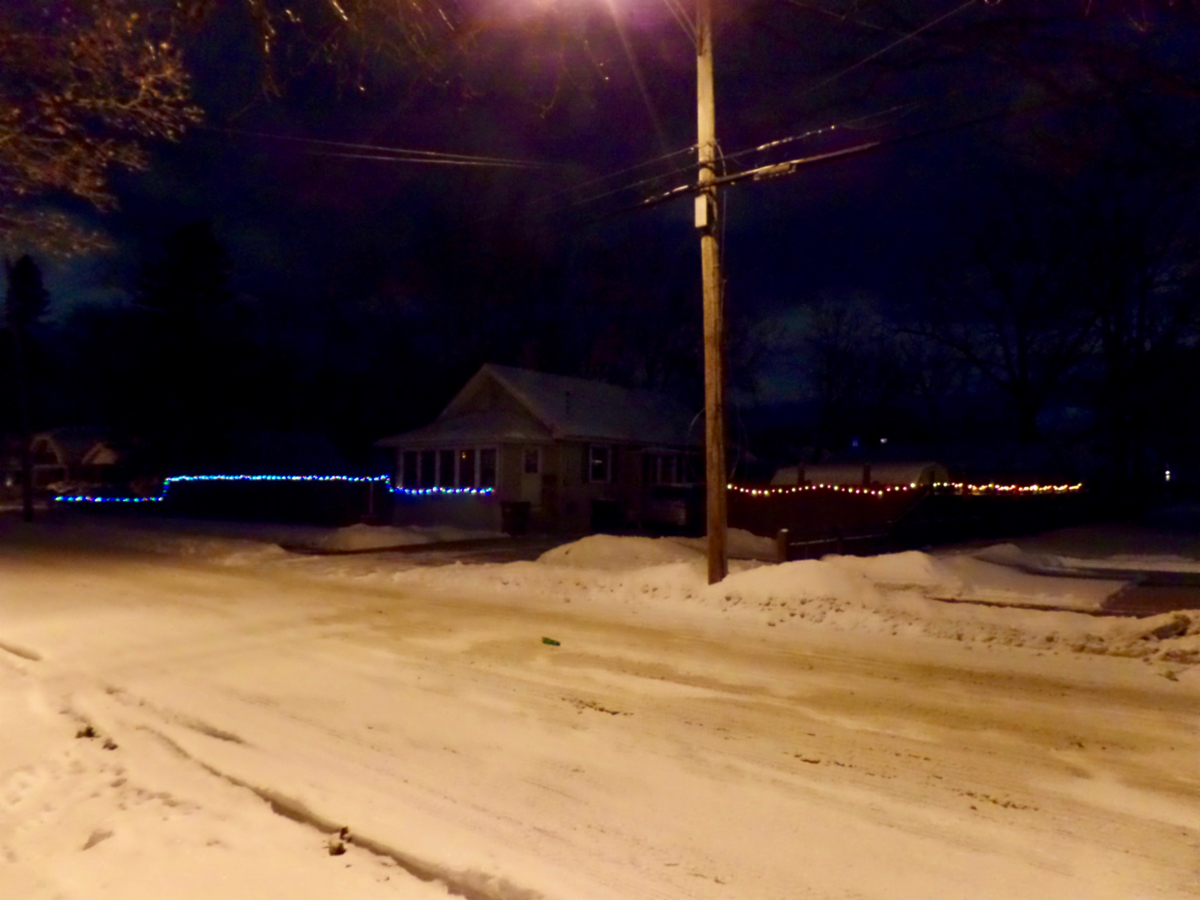 More walking around town. The lights along this fence would be up for, like, forever. 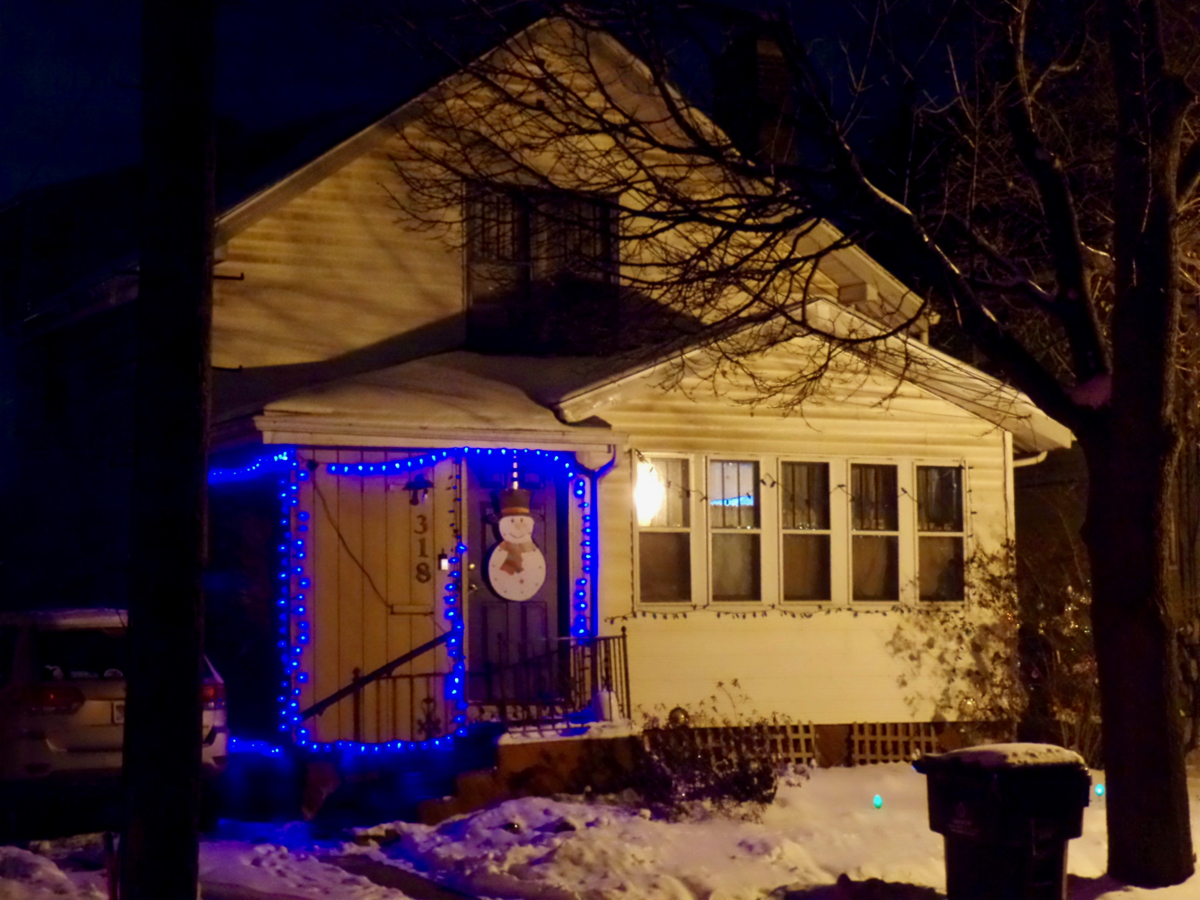 Half of this house's lights were still on. I think this house got the other lights working again before February was out. 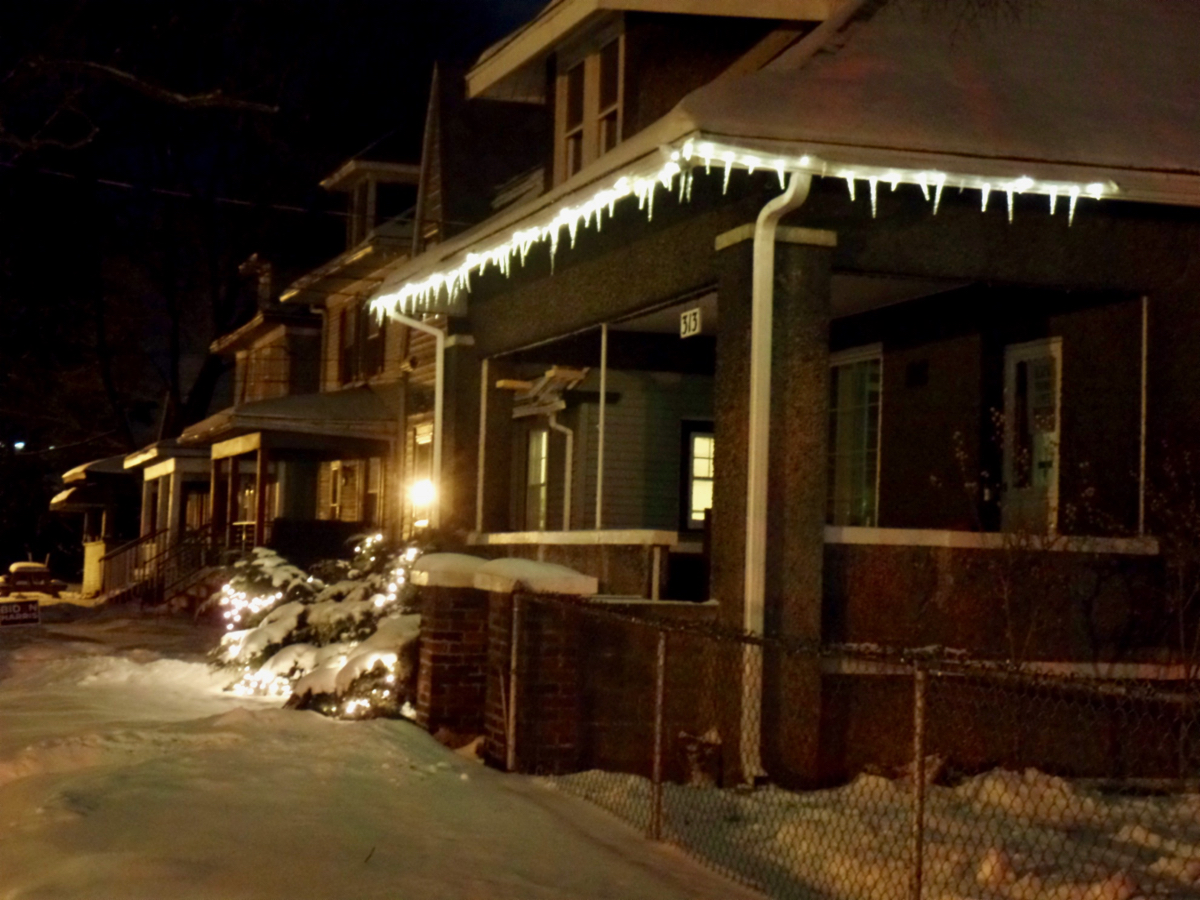 Icicle lighting that blends really well with the snowfall. 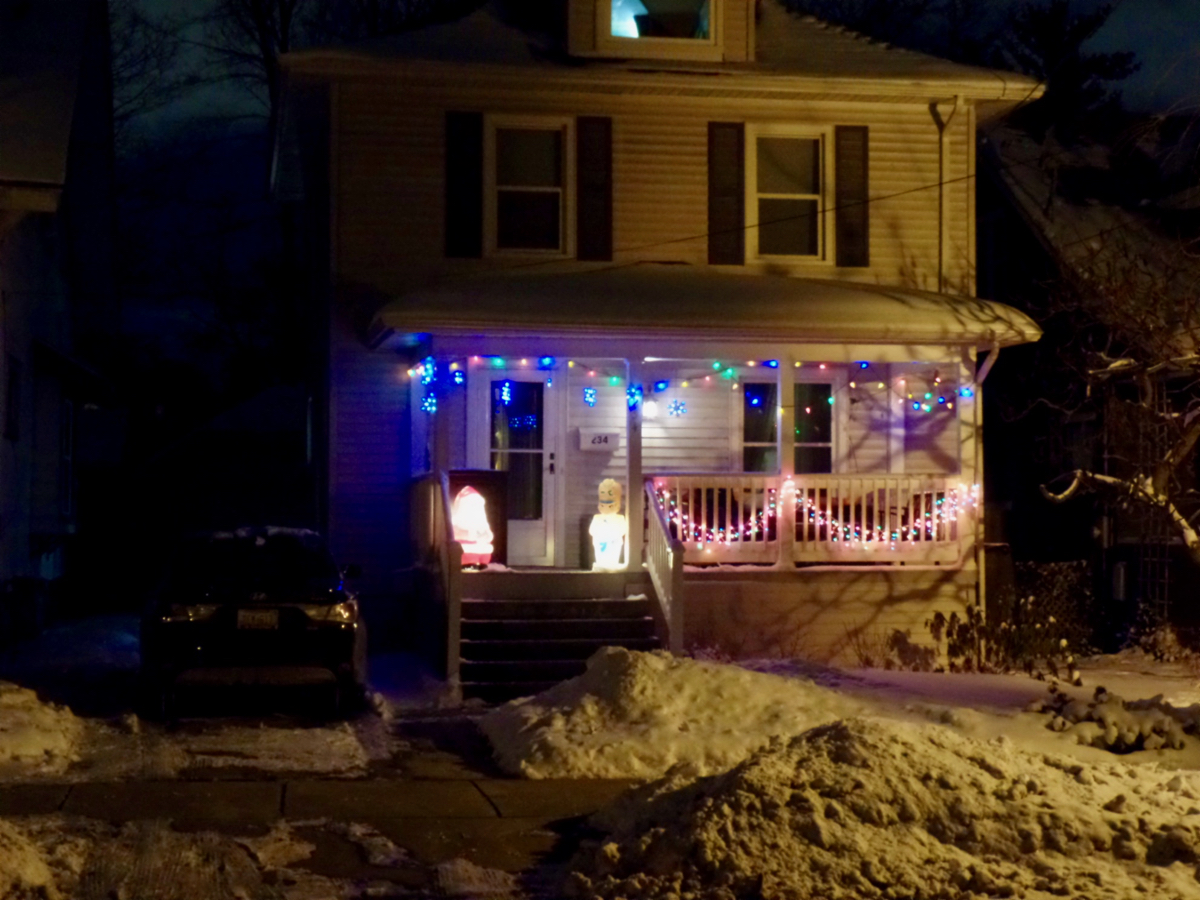 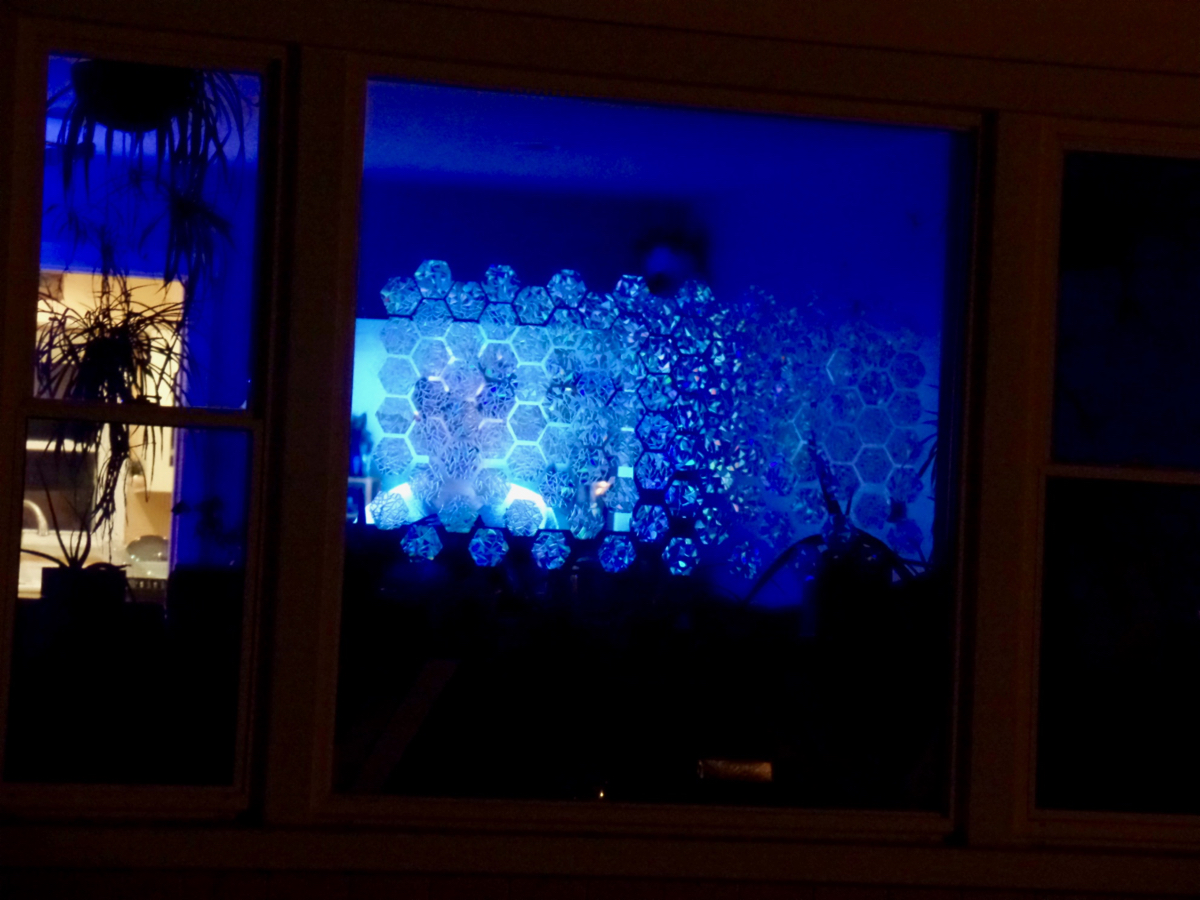 Here's a living room with a strategy game map imposed on the window. 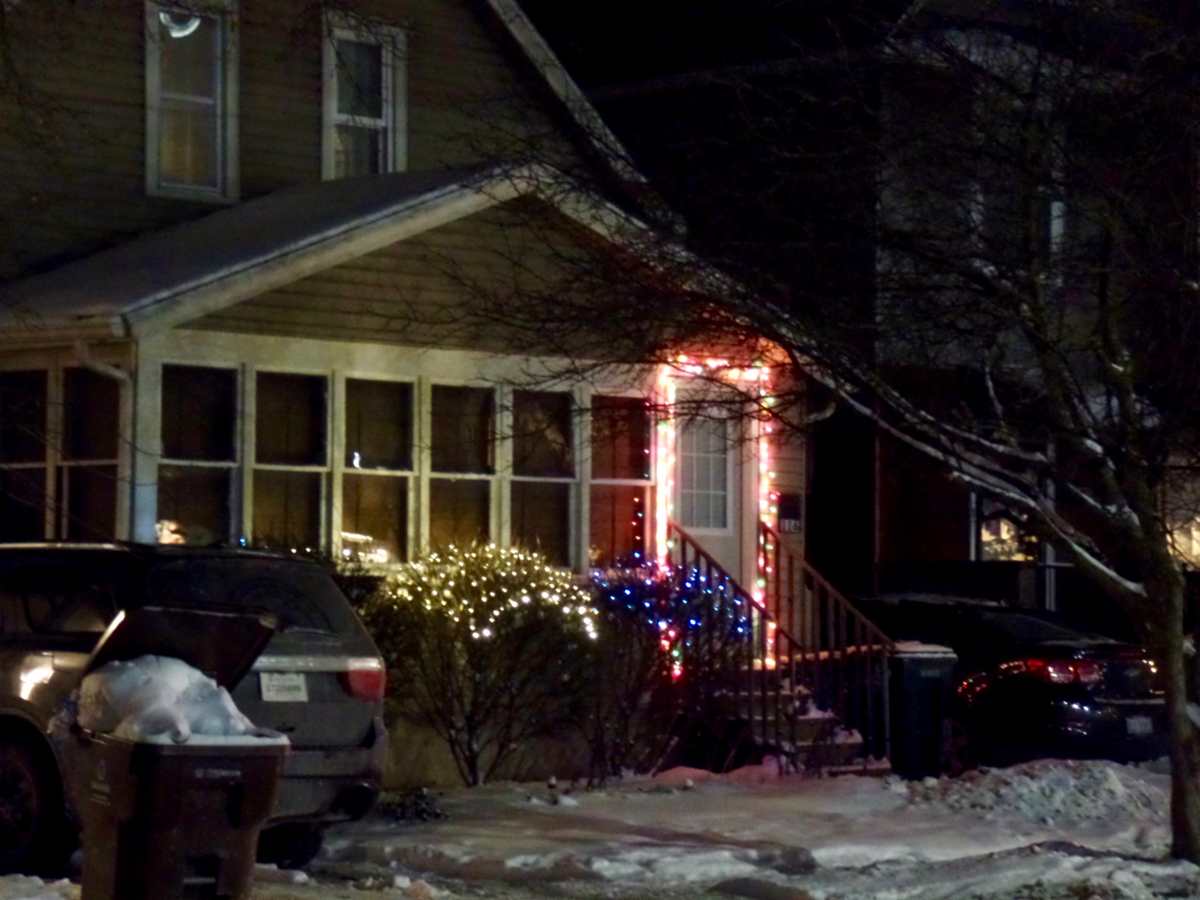 Porch, so lights, so photograph. 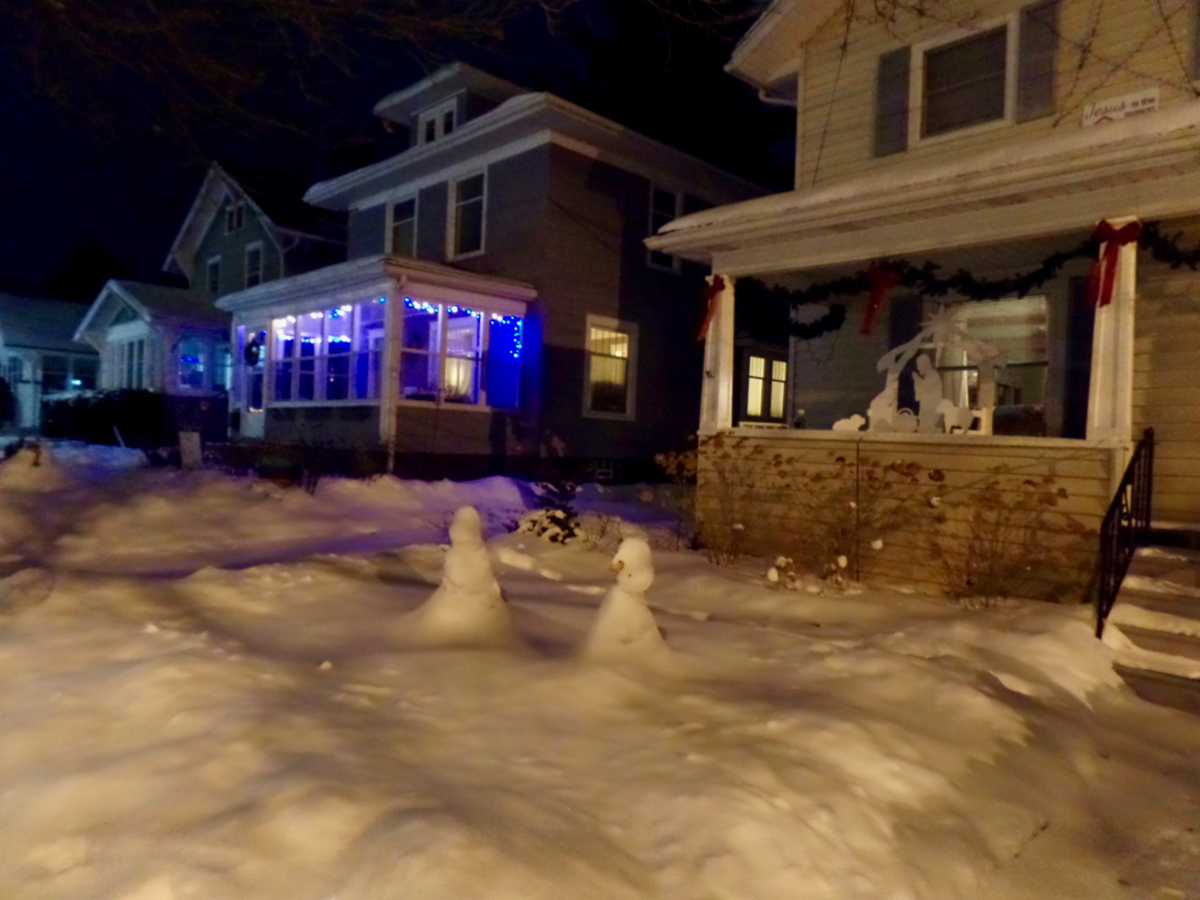 Couple of small snowmen set in the yard here.

Trivia: The first containerized cargo vessel on the Pacific Ocean was the Matson line's Hawaiian Merchant, a C-3 cargo ship built in 1945 and which sailed from San Francisco for Honolulu the 31st of August, 1958. Source: Box Boats: How Container Ships Changed The World, Brian J Cudahy.

Currently Reading: Miscellaneous comic books mailed me by a friend, actually. Mostly kids' comics, Harvey and the like, but the occasional furry book or other unsafe-for-work thing.