Had my first regular physical checkup in ... years, now. Not sure. Since our last physician left for Chicago, anyway. I'm again with the same physician that

bunny_hugger has, and has been going to for ... two? ... years. I'd wanted to get back to going to doctors regularly last year but, you know. I set up an appointment back in February, right after learning

bunny_hugger was almost certainly losing her job, and thus our benefits. But then when my company got bought up, health benefits came along, and I got on that as of the 1st of May. Got my insurance cards and everything last week

So how am I looking? Reasonably opaque. Really the startling news is that I continue to have no serious health issues. I've been extraordinarily lucky, both in not having any problems from my family or environment, and in not having, like, a broken leg from slipping on the ice while walking around town.

My major physical complaint? Pain when I kneel down or stand up again. While trying to demonstrate the motions this morning I realized I didn't feel anything. And realized a link I hadn't noticed before: it's worse at night. Also worse when I'm getting up from the soft chairs in the living room, although that might be just that I'm more likely on the hard chairs of the dining room during the day. The diagnosis? It seems likely to be arthritis building in my knees.

The compensation is exercise, building up my muscles around the knee. They wrote me a script that I can but don't have to use, for physical therapy, if I decide I want that. It's not a bad idea, although ... it'll cost, since the deductible for me (solo) under my new health insurance is waiting to be met. If I were still on

bunny_hugger's plan, it'd be covered. (Or nearly covered; I confess, I'm vague on the details because health insurance is fundamentally unpredictable.)

Also, it is immoral that personal expense should be an important factor in considering health care treatments.

Back to photographs. Here's more of what February was like around town and around home. 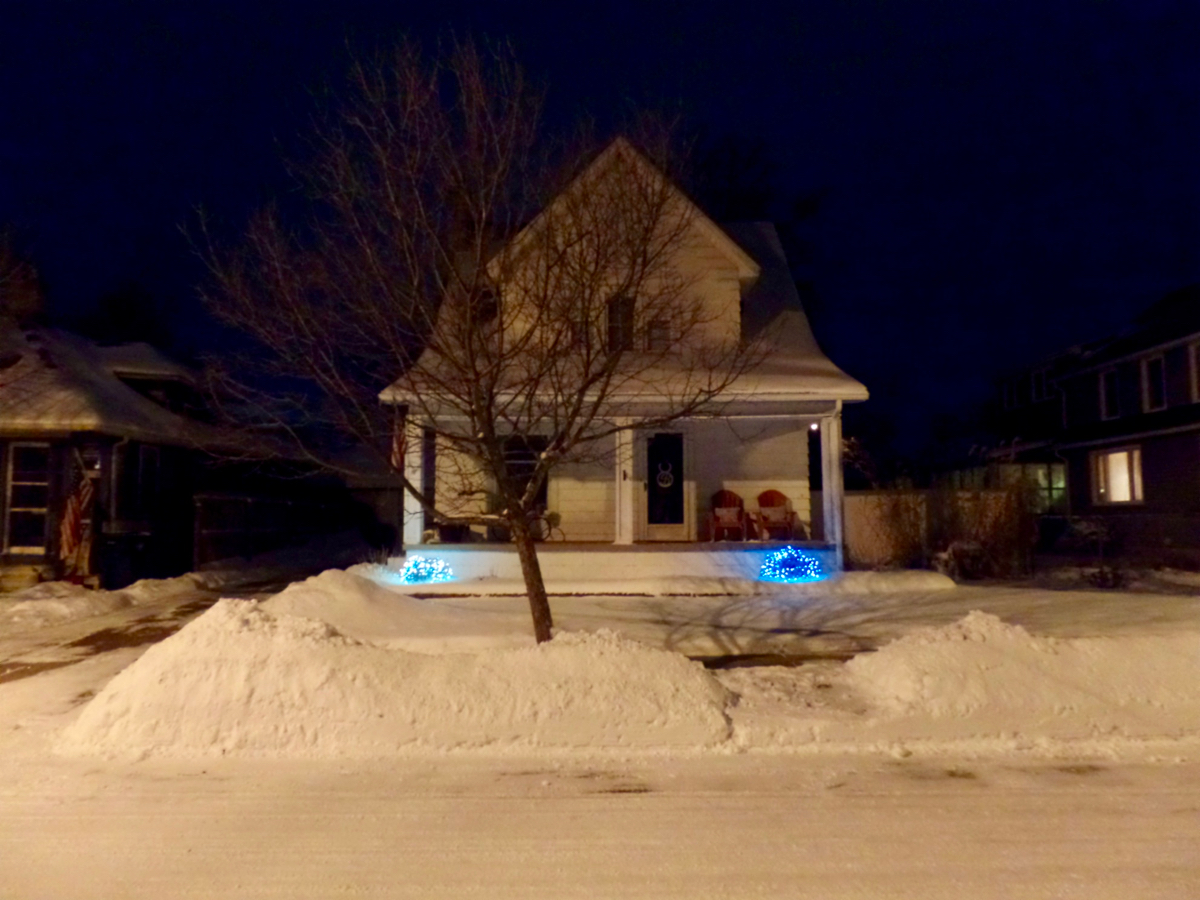 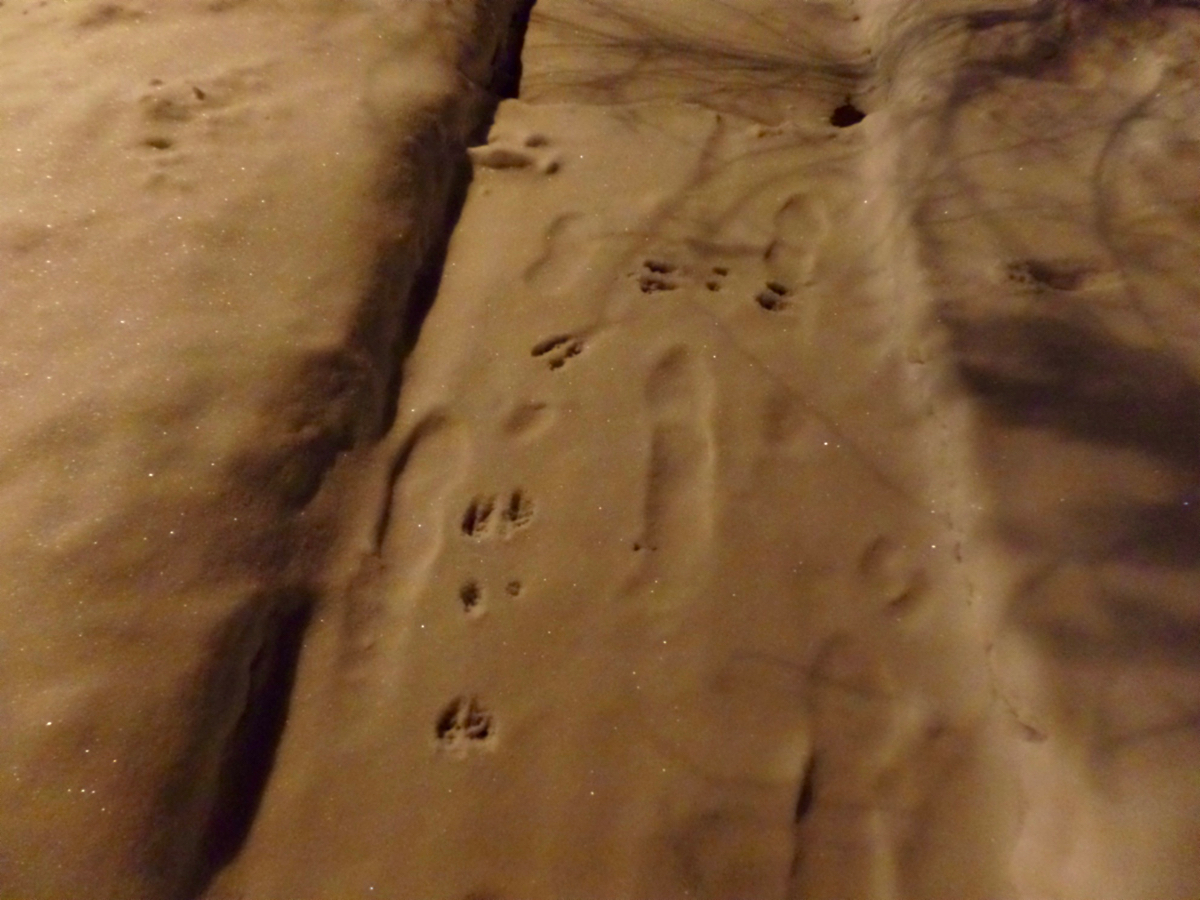 It snowed that evening and I guess that didn't slow the squirrels down any. 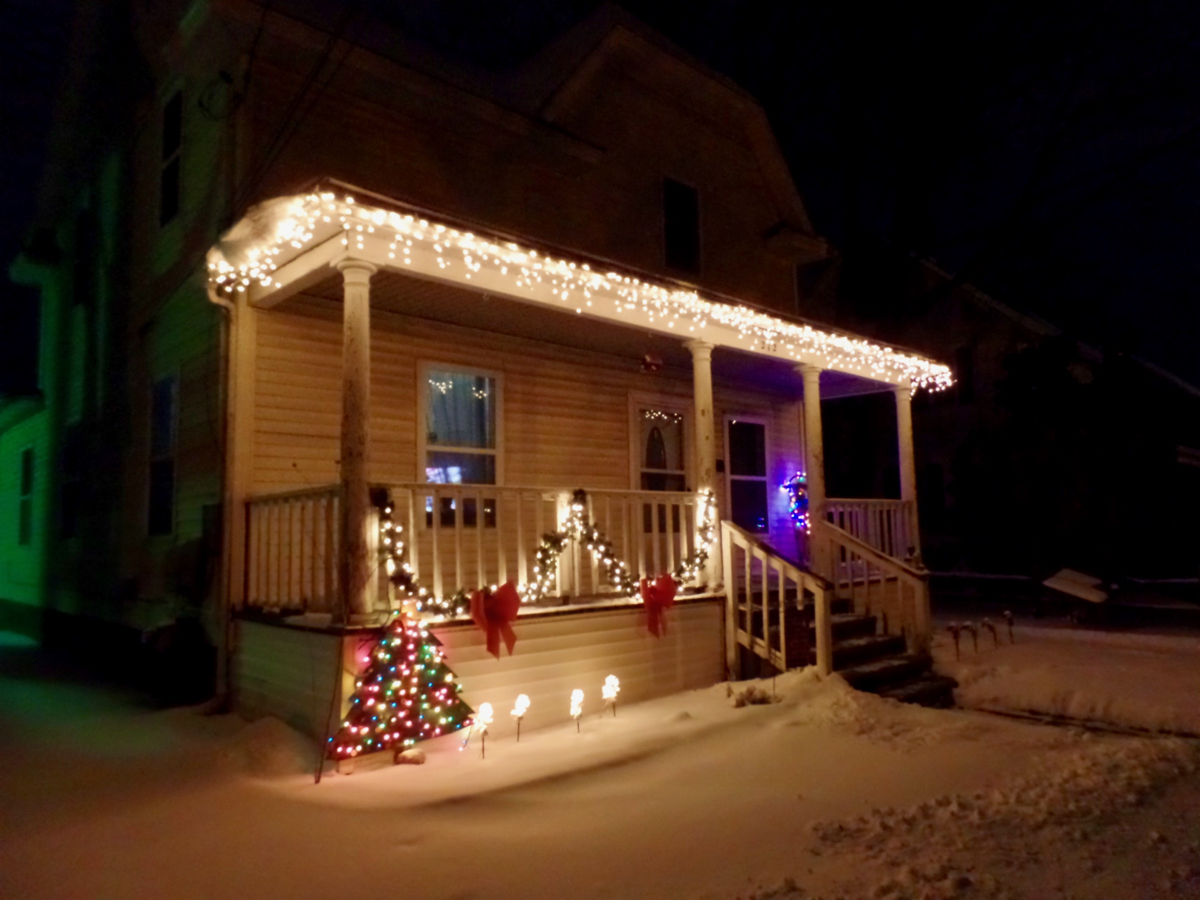 See a porch, photograph a porch. 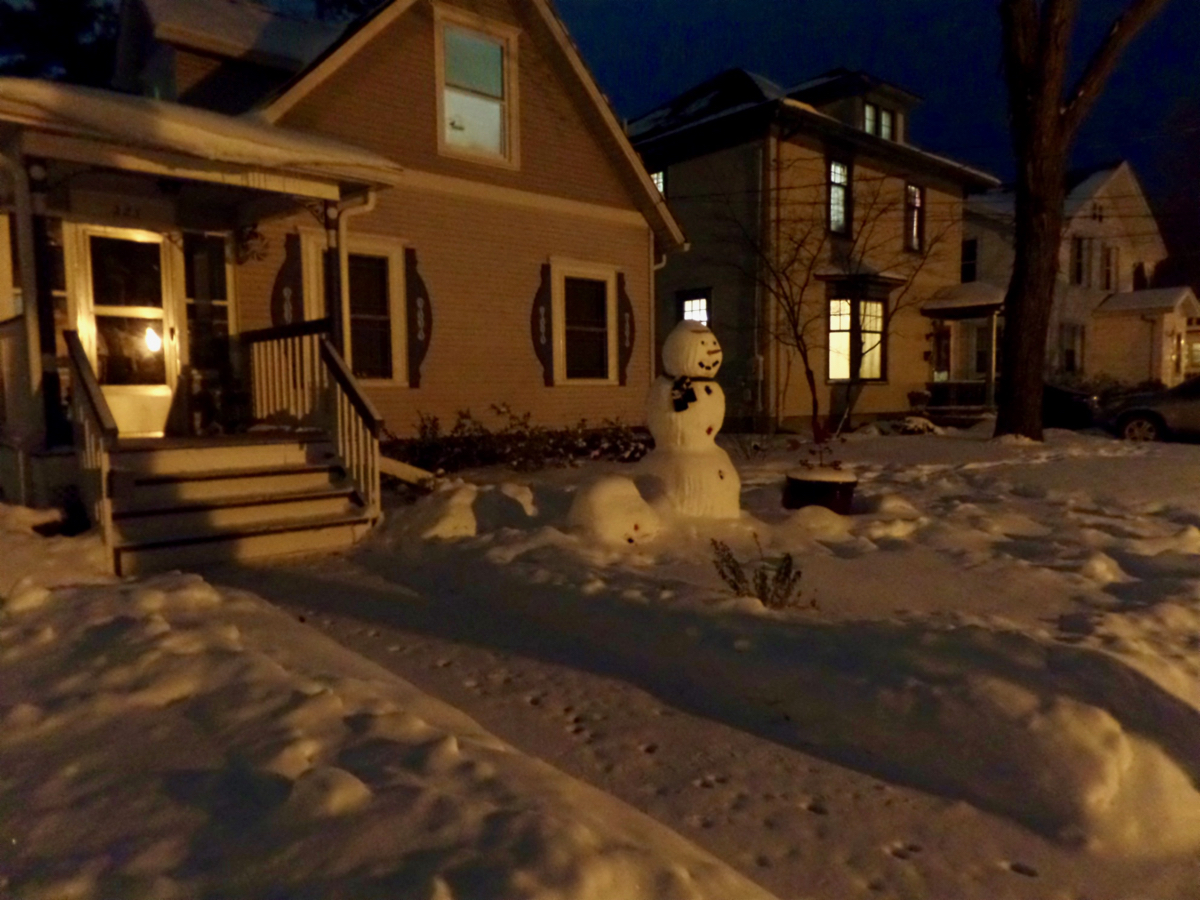 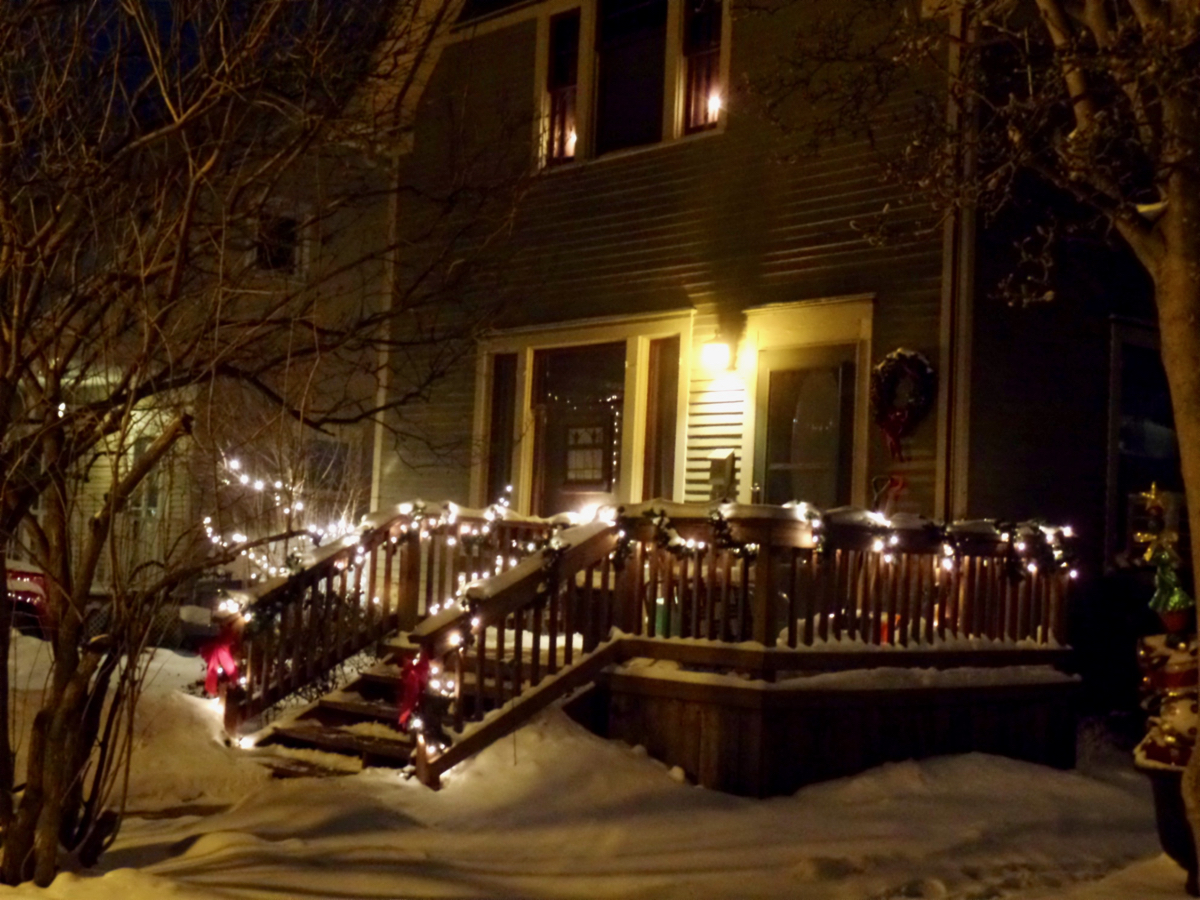 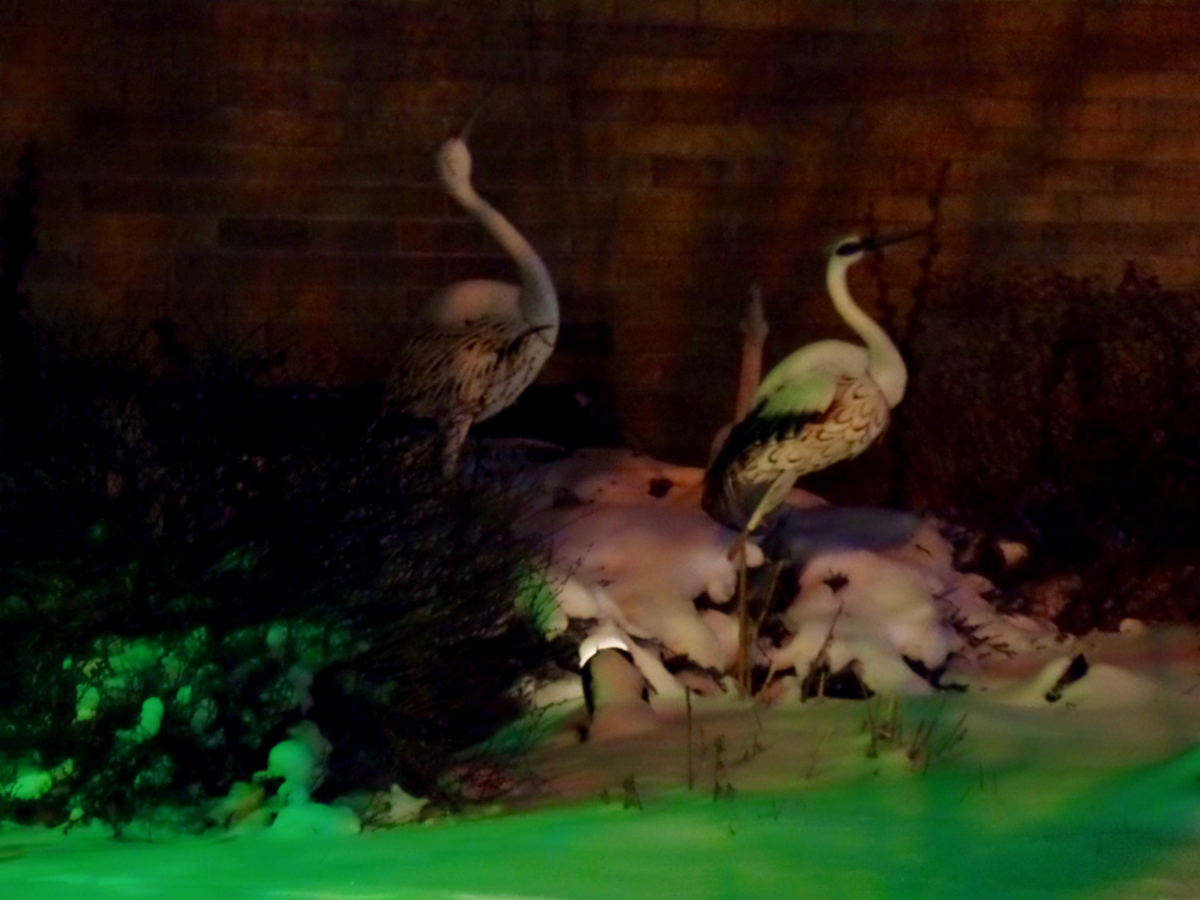 I hope those birds are statues! 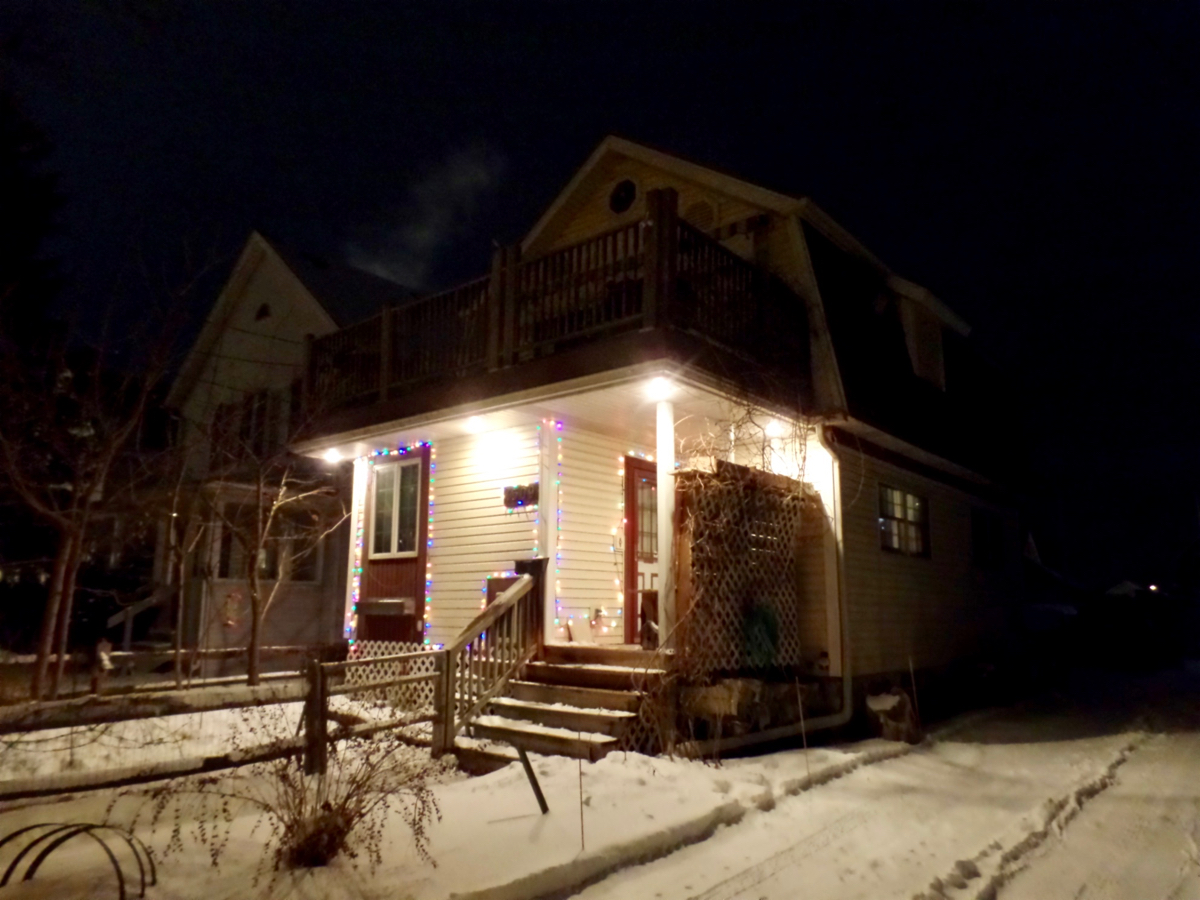 This house, having an airing porch and a (granted, small) patio, has everything we wish our house did. 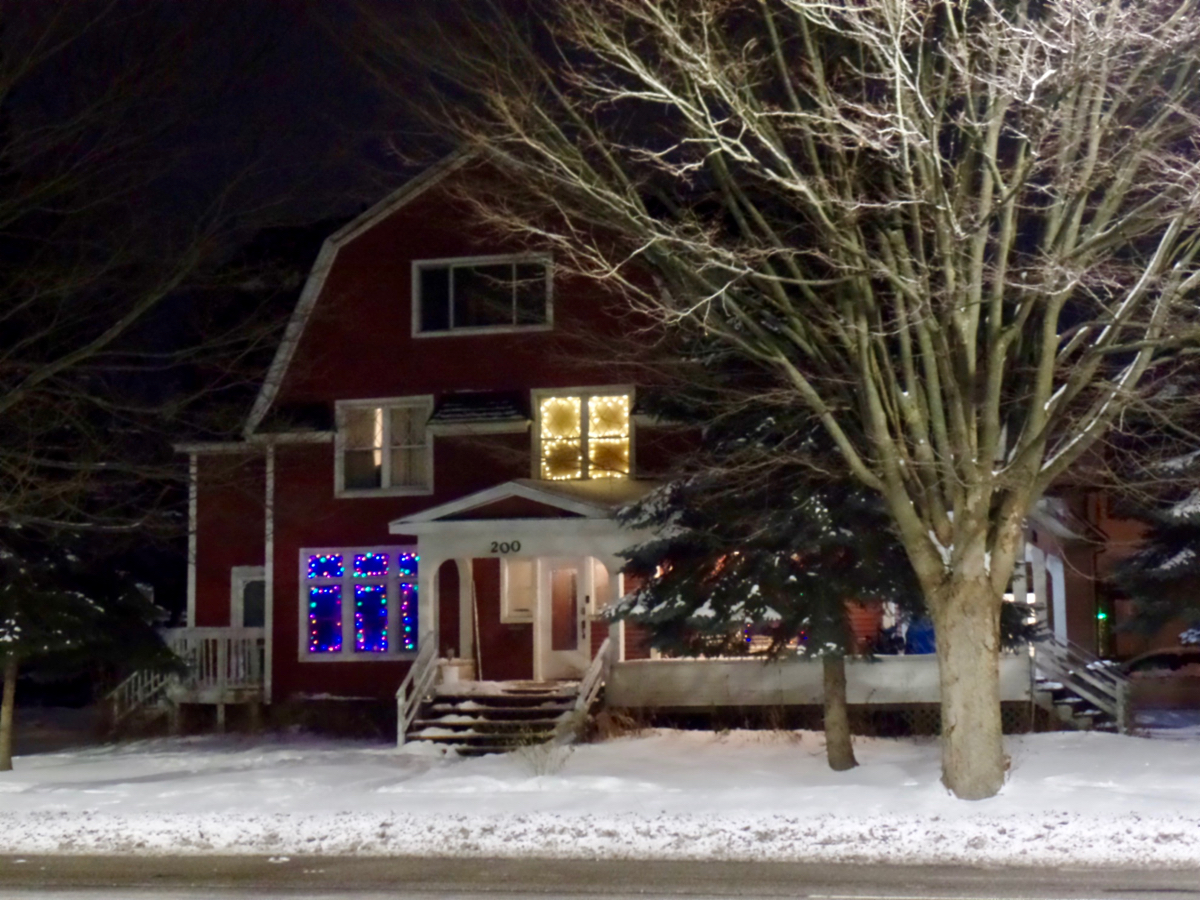 Hey, it's the extra-wide version of our house and they've still got their lights up! 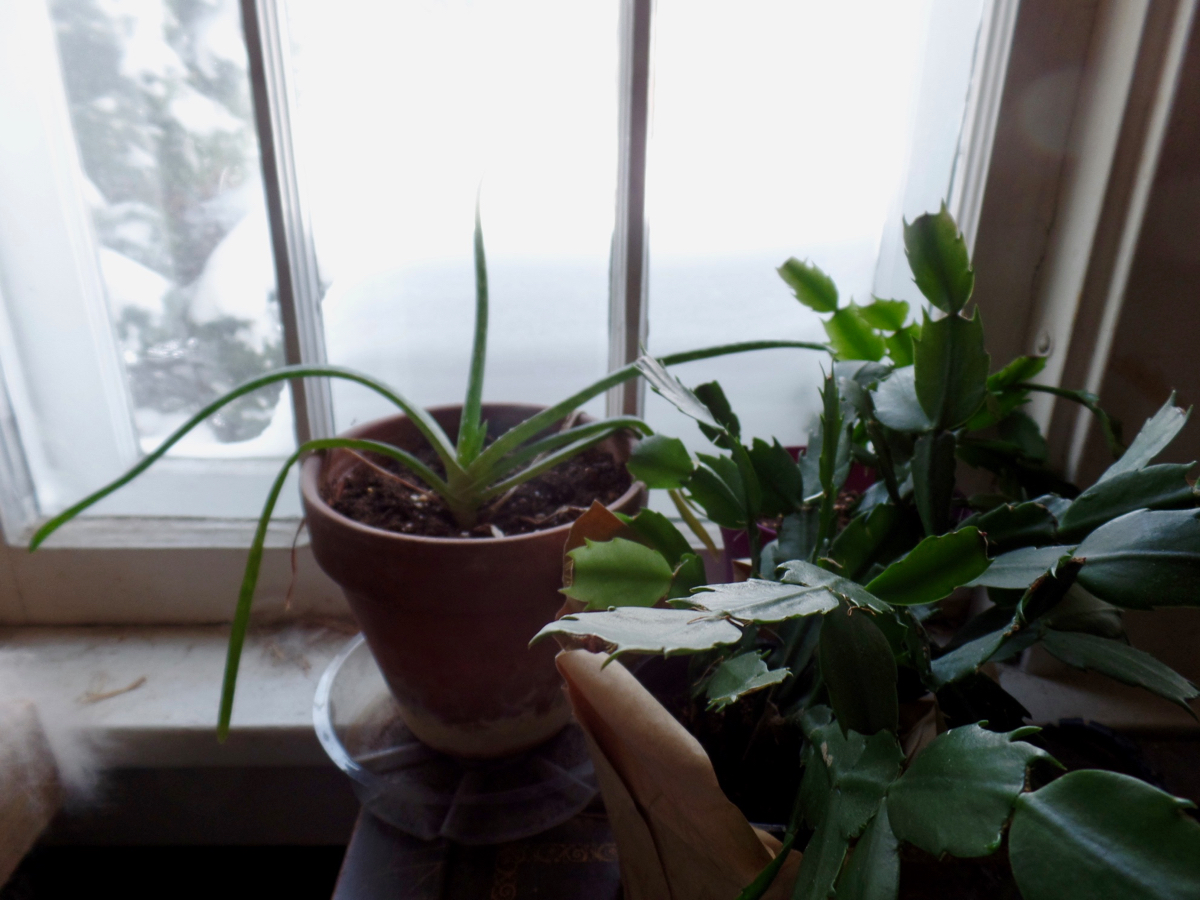 The Christmas cactus and

bunny_hugger's aloe vera, but the real star is how much snow is in the window box out there. 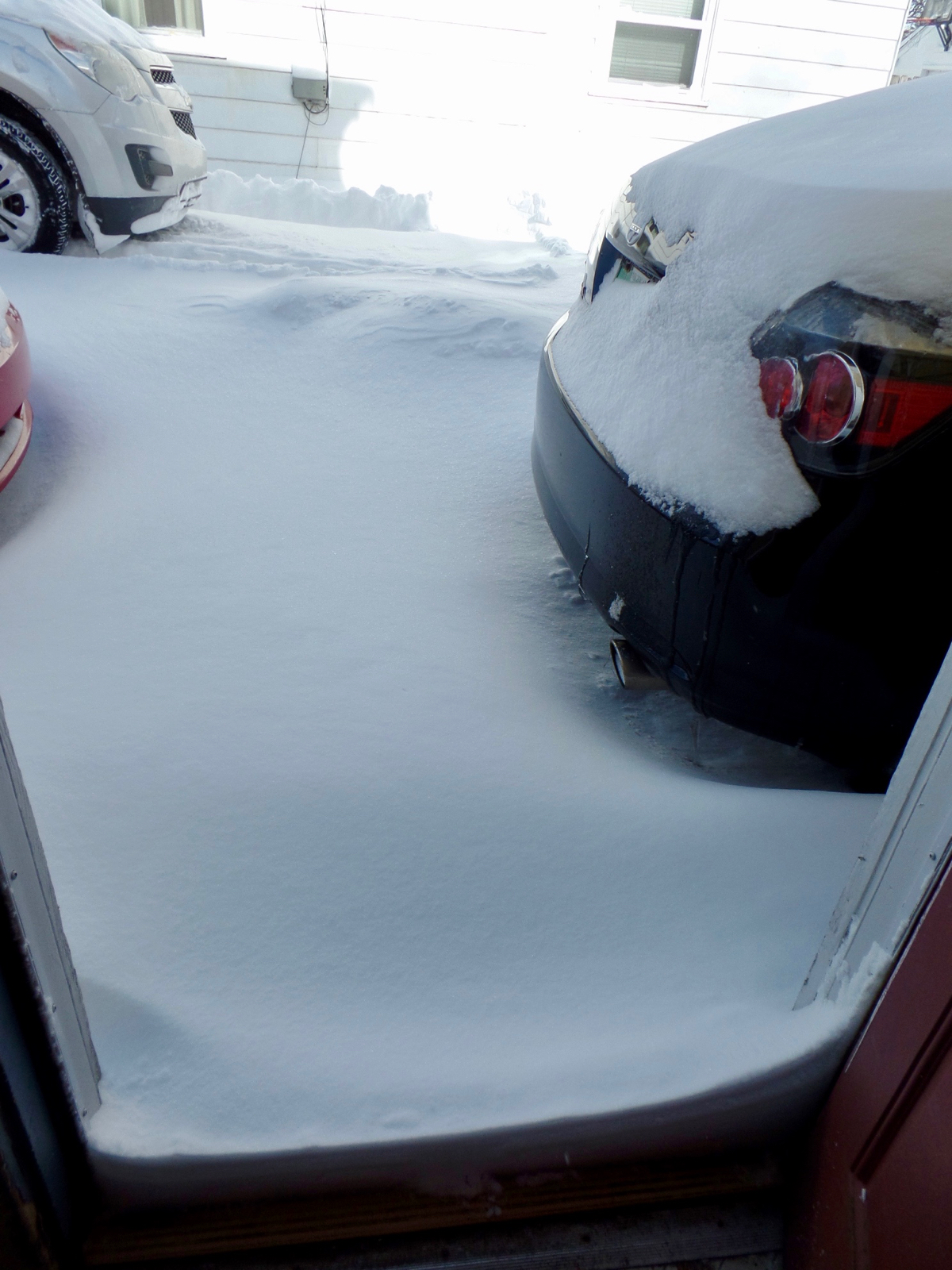 Look at that, we finally got more than four inches of snow in one storm. Not much more, but still, something. 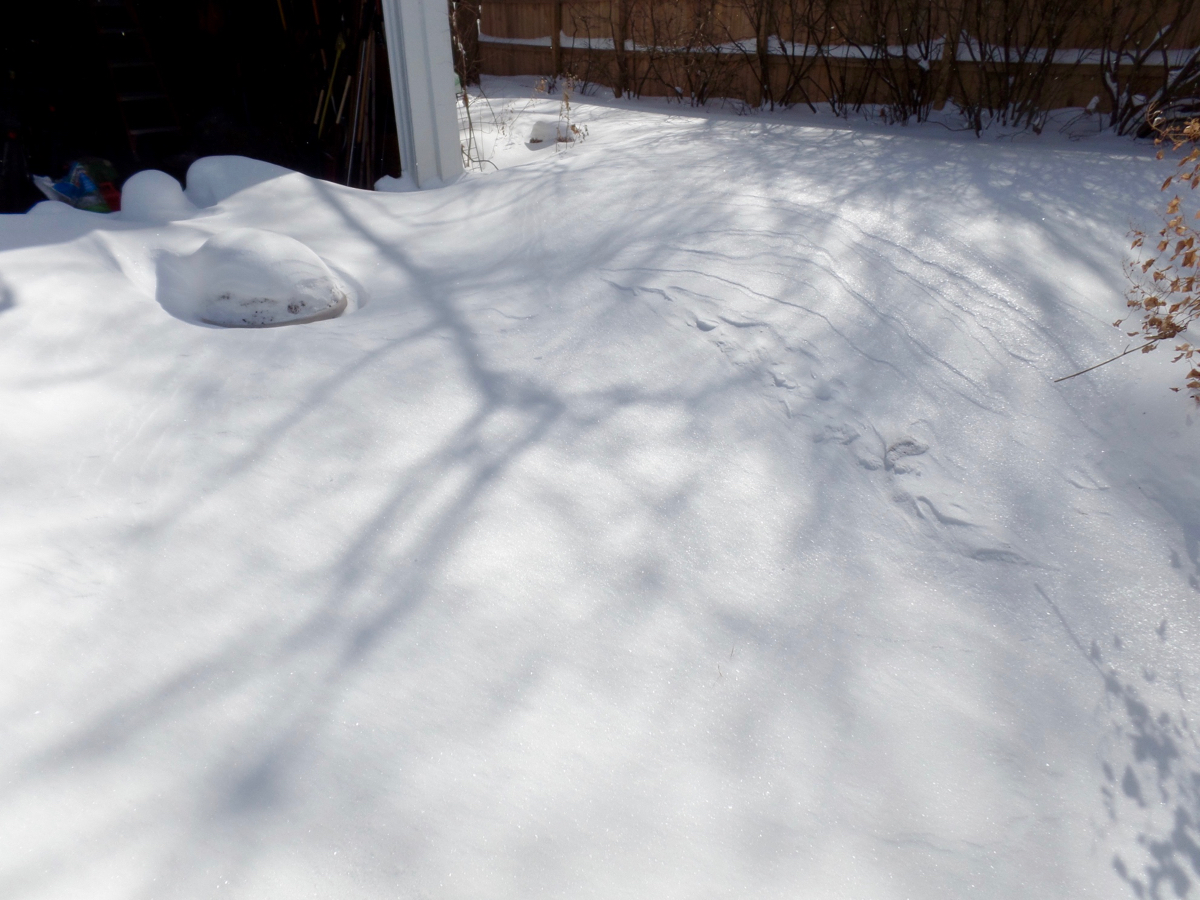 Enough snow, particularly, to form dunes in the backyard and the driveway! Also boy do we love the remote to open the garage door. 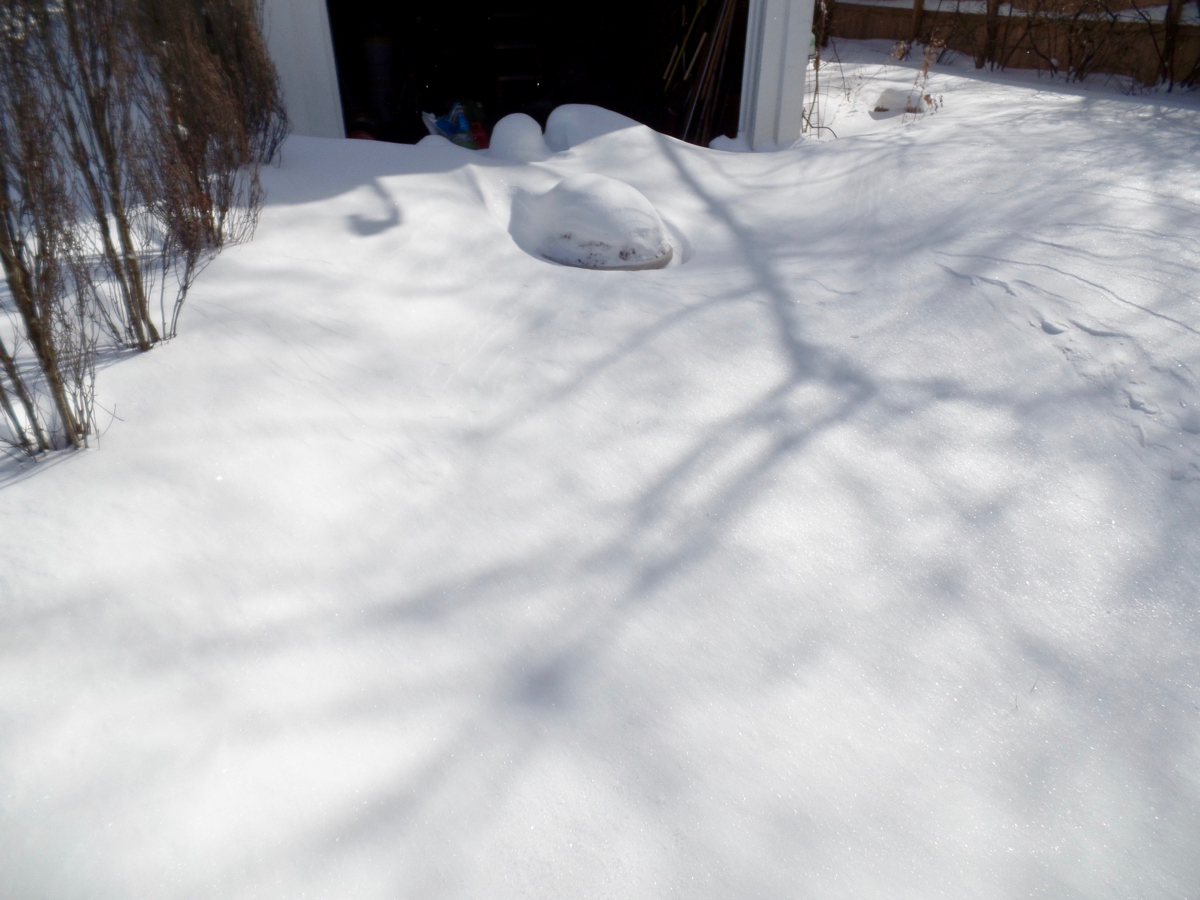 Can you spot where the planters that are safe to leave out all winter are?

Trivia: A catastrophic celluloid film fire at the Powers Film Studio of New York City, in 1911, was one of the first disasters of its kind filmed from beginning to end, in this case by studio cameraman Al Leach. Source: The American Newsreel 1911 - 1967, Raymond Fielding. The newsreel was released in July 1911, looks like.

PS: Reading the Comics update: Wavehead does not have a name, which is probably going to be a popular update since it has almost no mathematics in it.