For the greatest existential threatened philosophe

It's my liberation day, two weeks since my second vaccination. I'm as reasonably safe from Covid-19 as it's possible to be, given the incredible string of failures --- both forgivable failures from the lack of early understanding and the failures chosen for us by capitalism's inability to address any problem except by punishing the inadequately wealthy --- that have left us bleeding out under a pandemic.

So here's all that's been going on with my humor blog lately. Of course you maybe saw this through your RSS reader already, but if you didn't, now you do:

Back to February in photos, with snowstorm remnants and lighting remnants and then the days after we first knew what was wrong with Fezziwig the mouse. 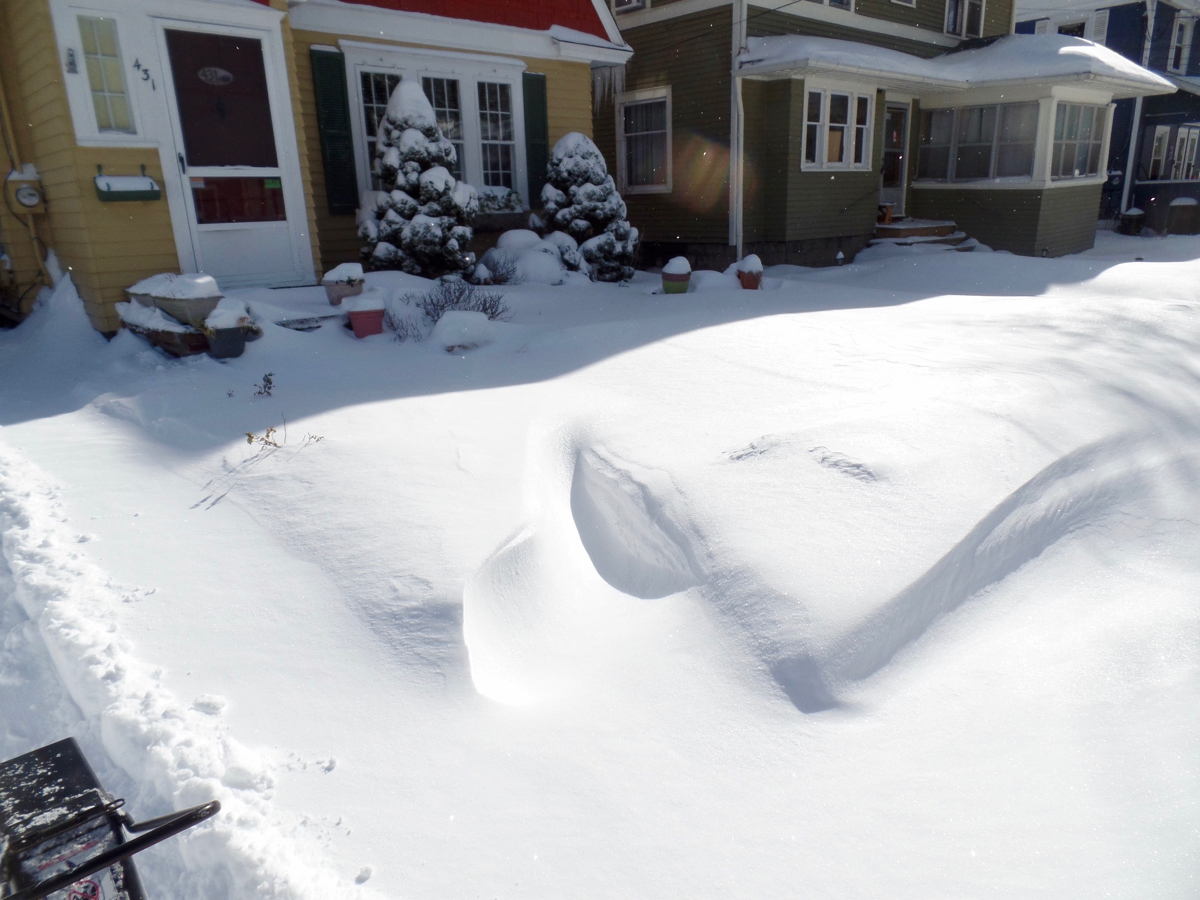 The front yard, with the fresh snow. You can see the remains of past shovelled snow. 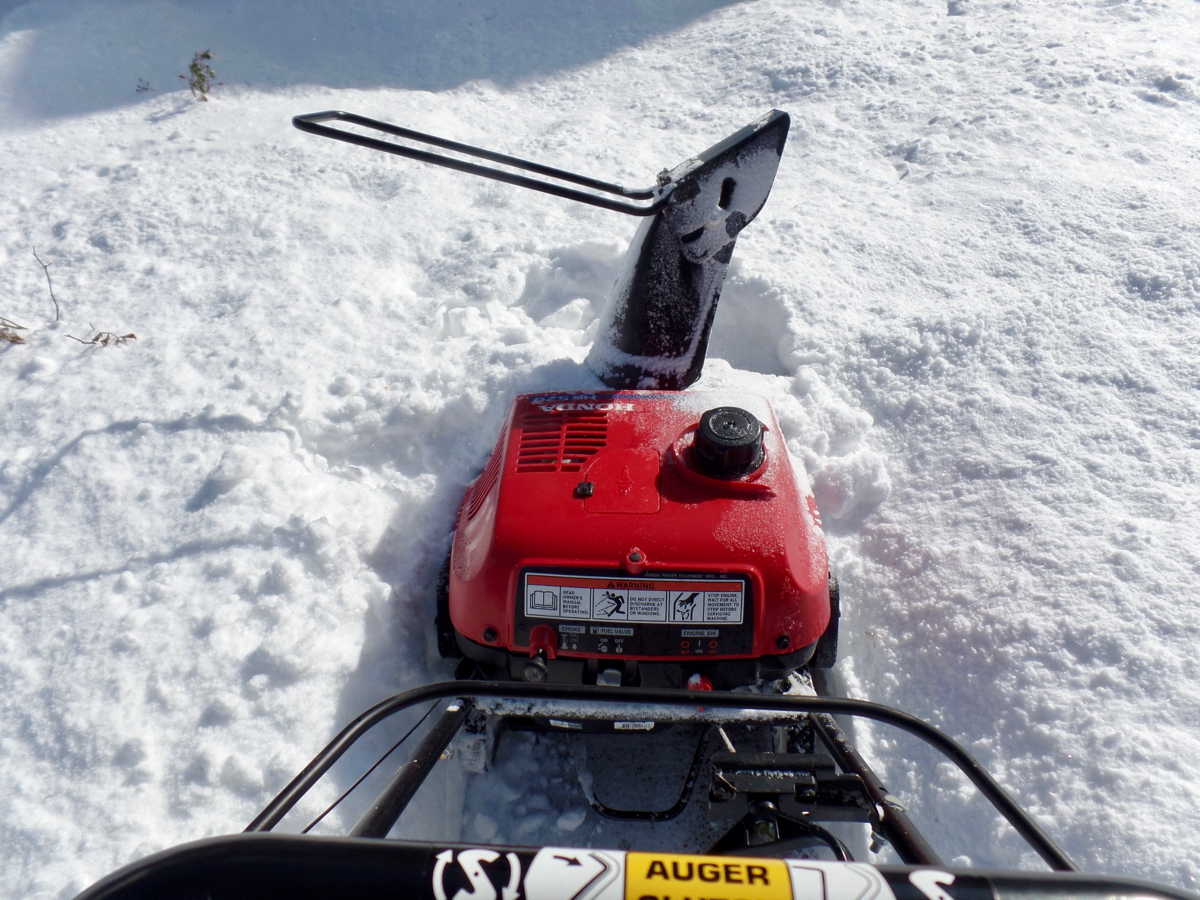 The snow blower facing its greatest challenge of the season. 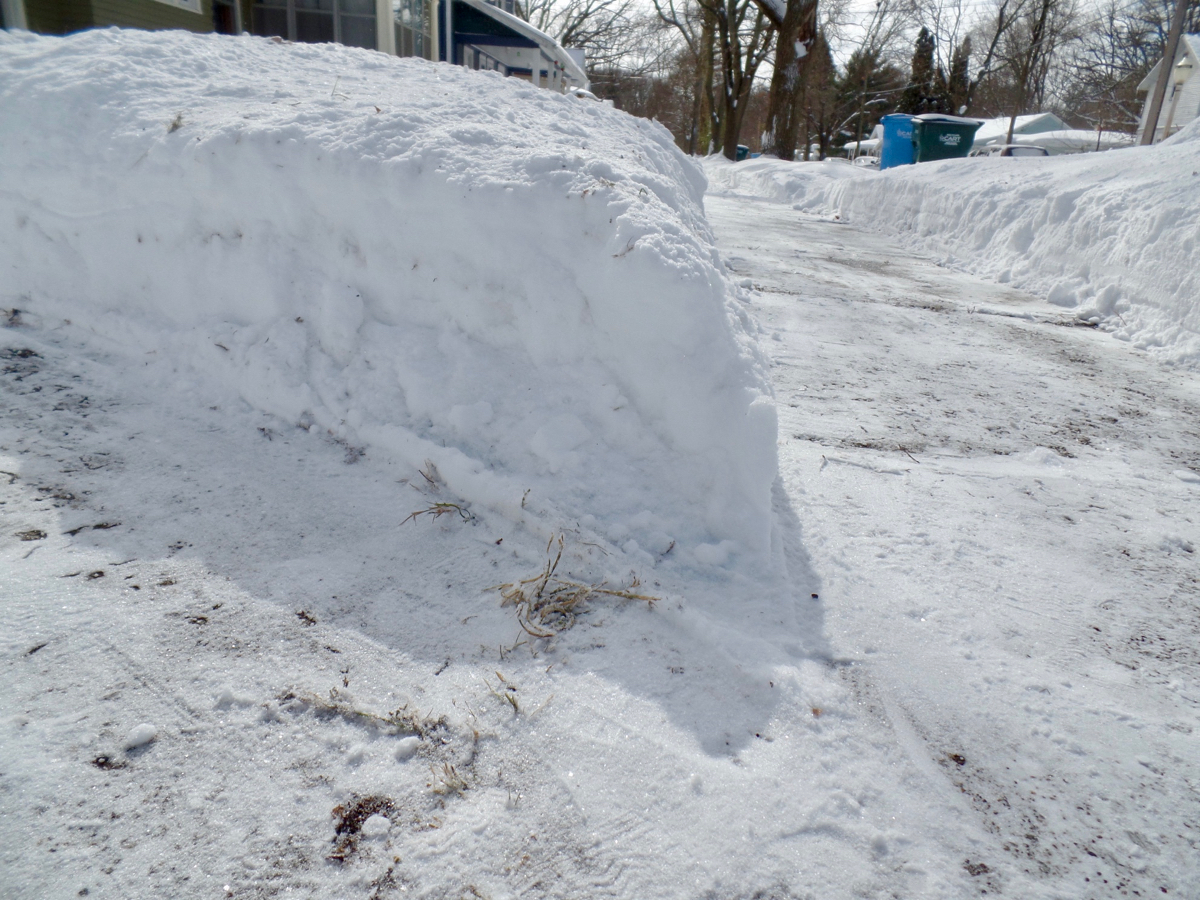 And that's what our front walk looked like, after the snow blower, but before I'd finished cleaning up the residue. 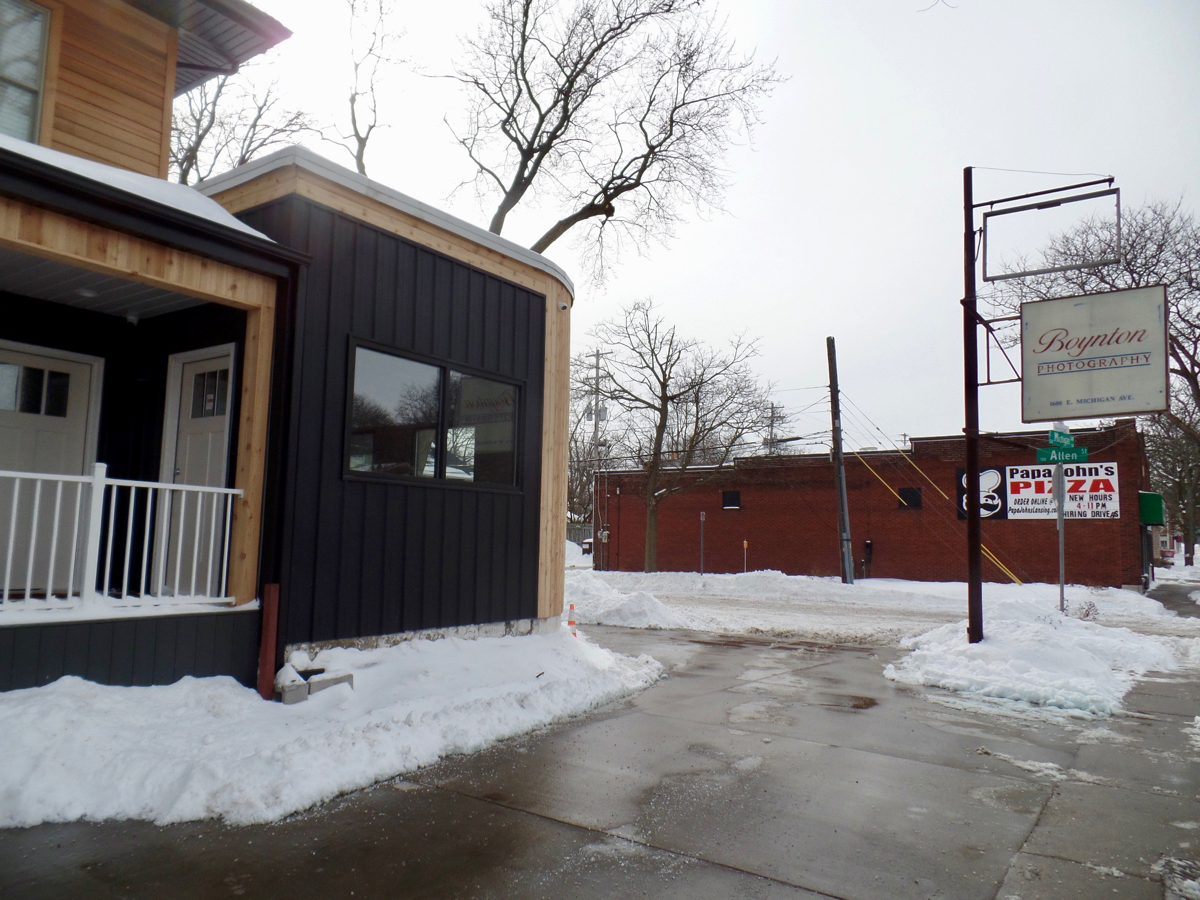 Walking around town. I don't know when Boynton Photography closed, but it was long ago. The other side of the sign is spray-painted out, and the building itself has been getting renovations all this past year. Note also the local, good Papa John's, the one that drove Evil Papa John's out of Metro Lansing. 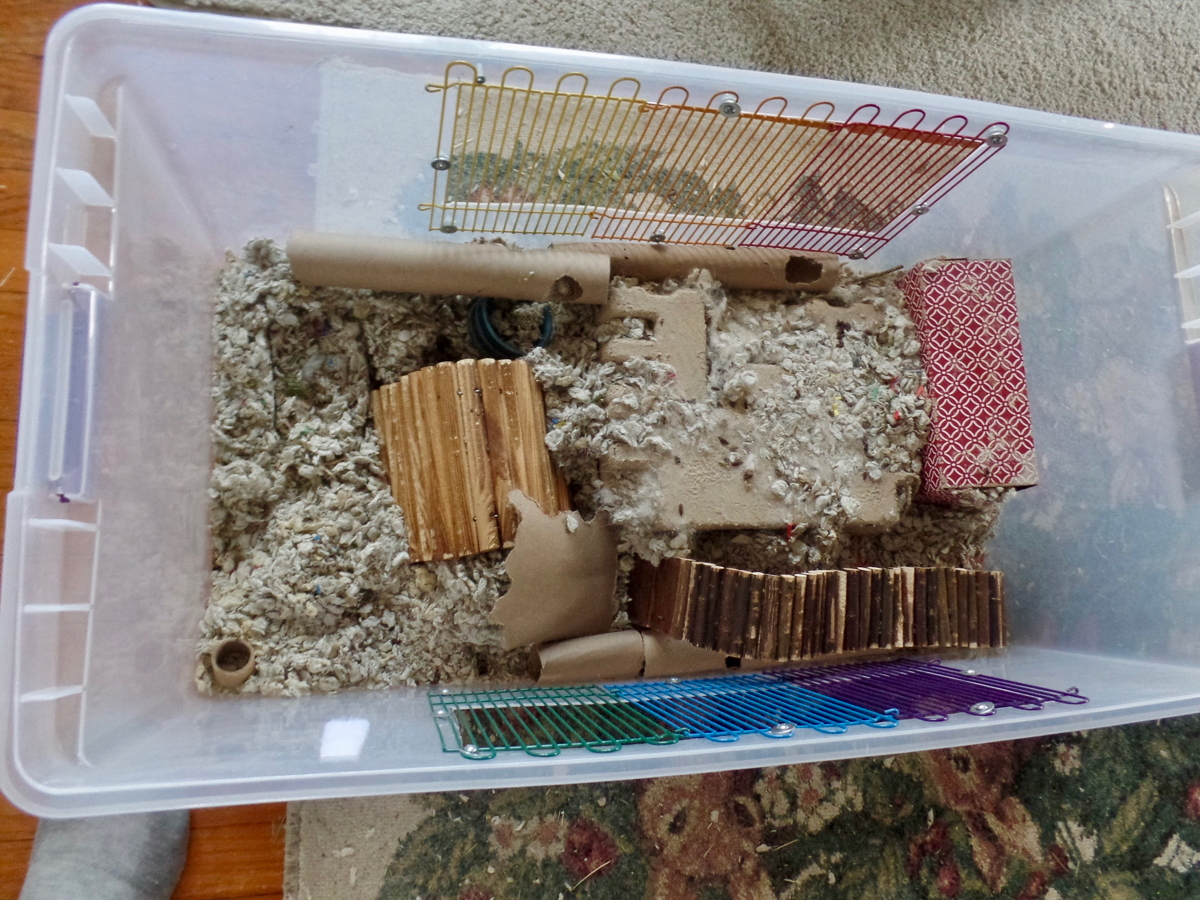 Fezziwig's cage. With the verdict that he had mites we had to clean his bin and throw out all his old, possibly contaminated, items. So we could finally answer our curiosity about what was inside his Brutalist City Hall cardboard nest, into which he vanished for so long at a time, without feeling we were just messing with him. 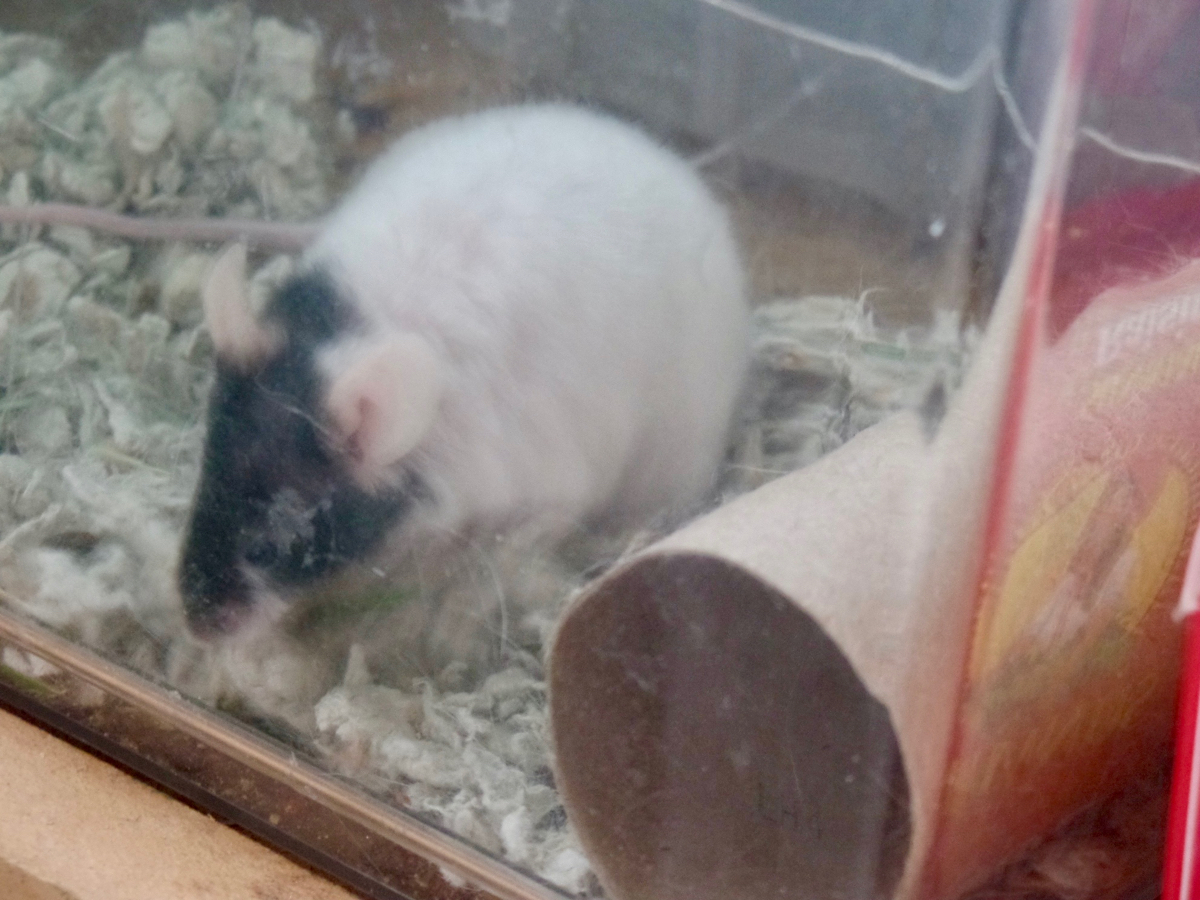 Fezziwig calling all of this ``bogus'' as he waits in his travel carrier. 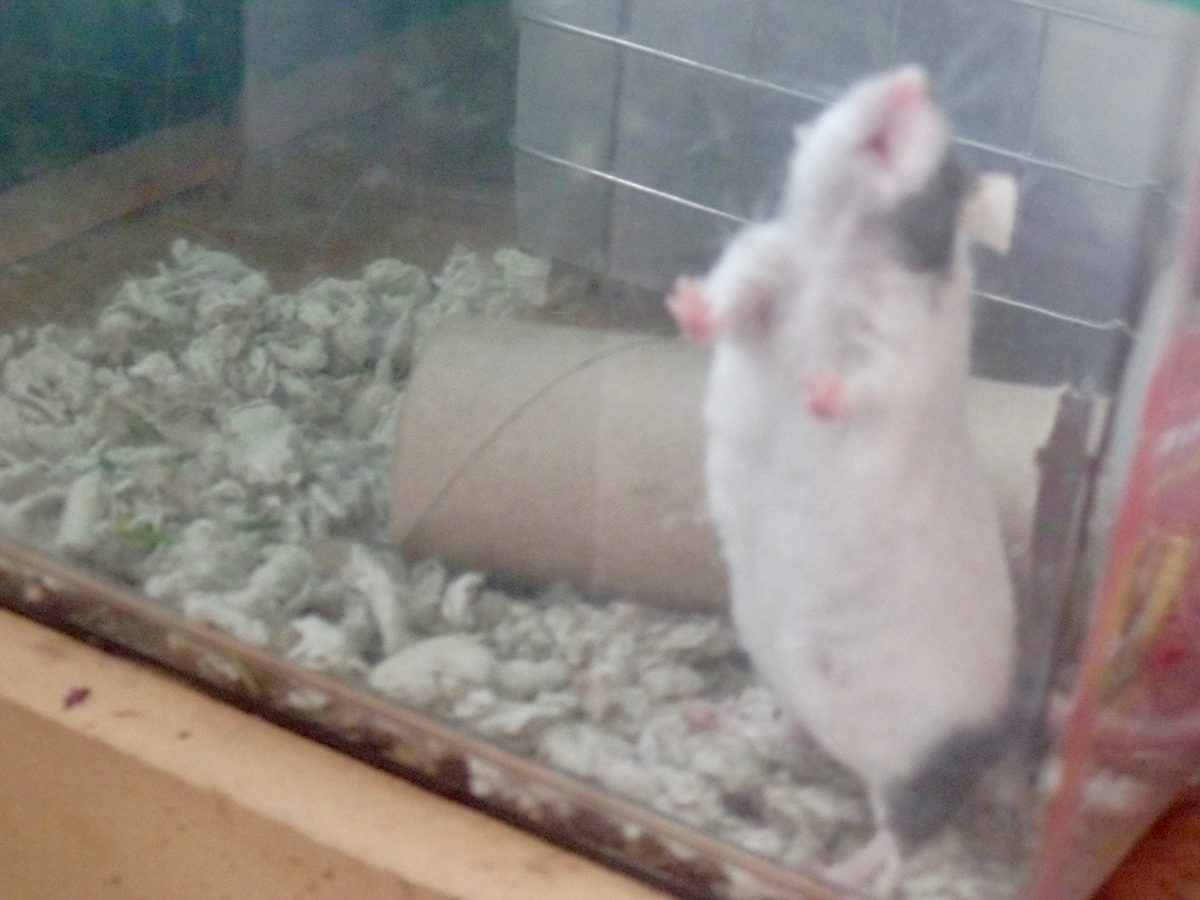 ``Seriously,'' he demands, ``When can I get back to my Brutalist City Hall?'' 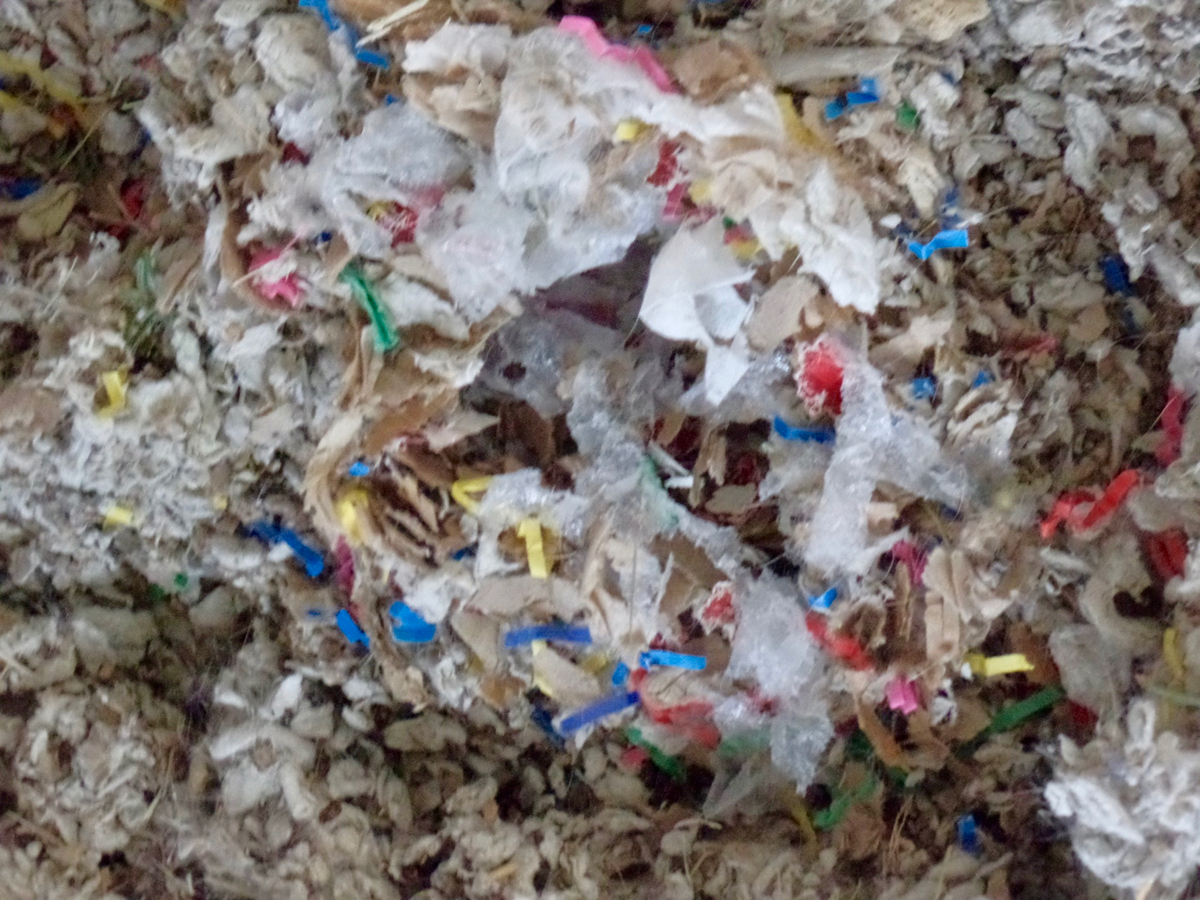 Underneath the cardboard case that was Brutalist City Hall. Some of that is wisps of plastic, the remains of a plastic bag we assumed he was interested in just because it held seeds and other treats and was in grabbing range. Apparently he liked the plastic as plastic, as he chewed it into a soft, tissue-like structure and added it to his nest. 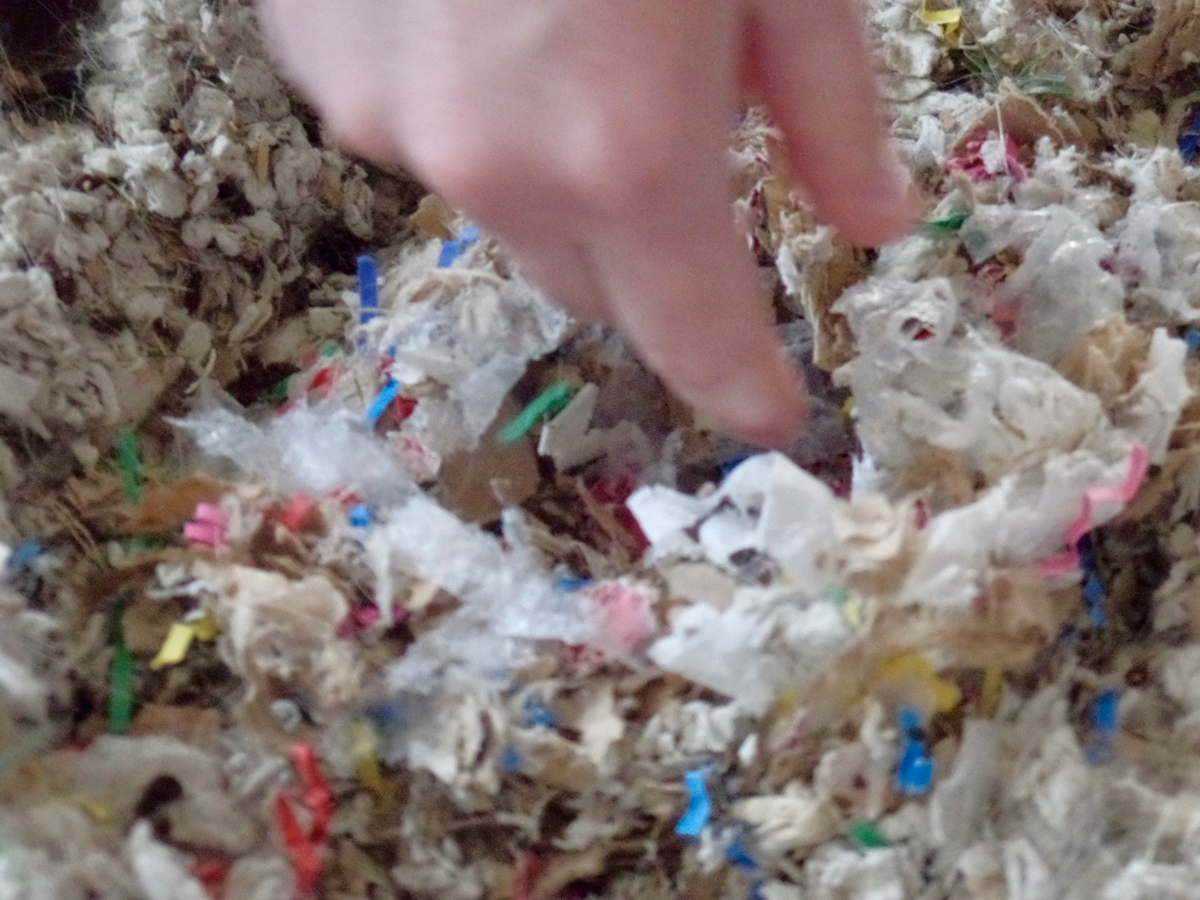 Trying to get some sense of the shape of things. Fezziwig crafted a series of nests underneath the Brutalist City Hall, with amazing industry. 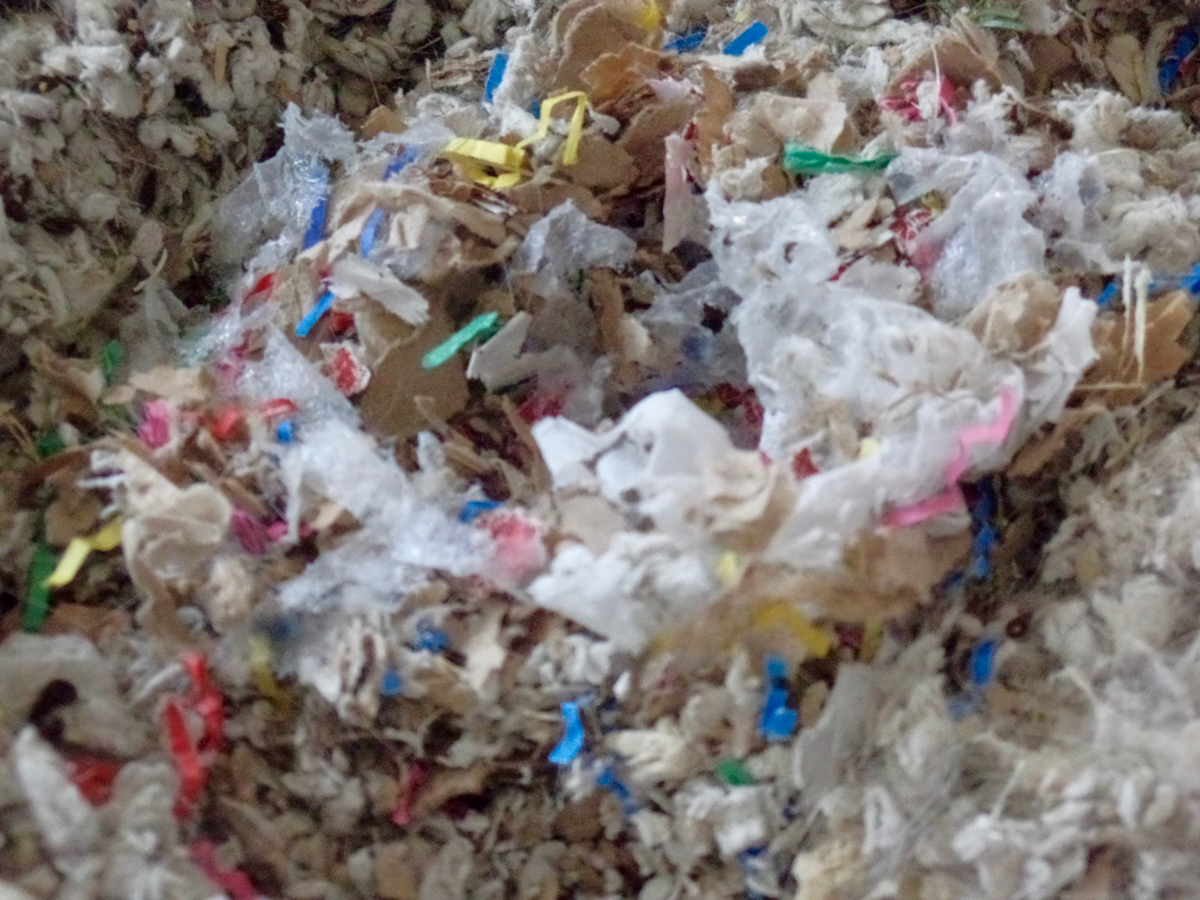 You also can see the remains of confetti and hay and rabbit fur that's been incorporated into this structure. 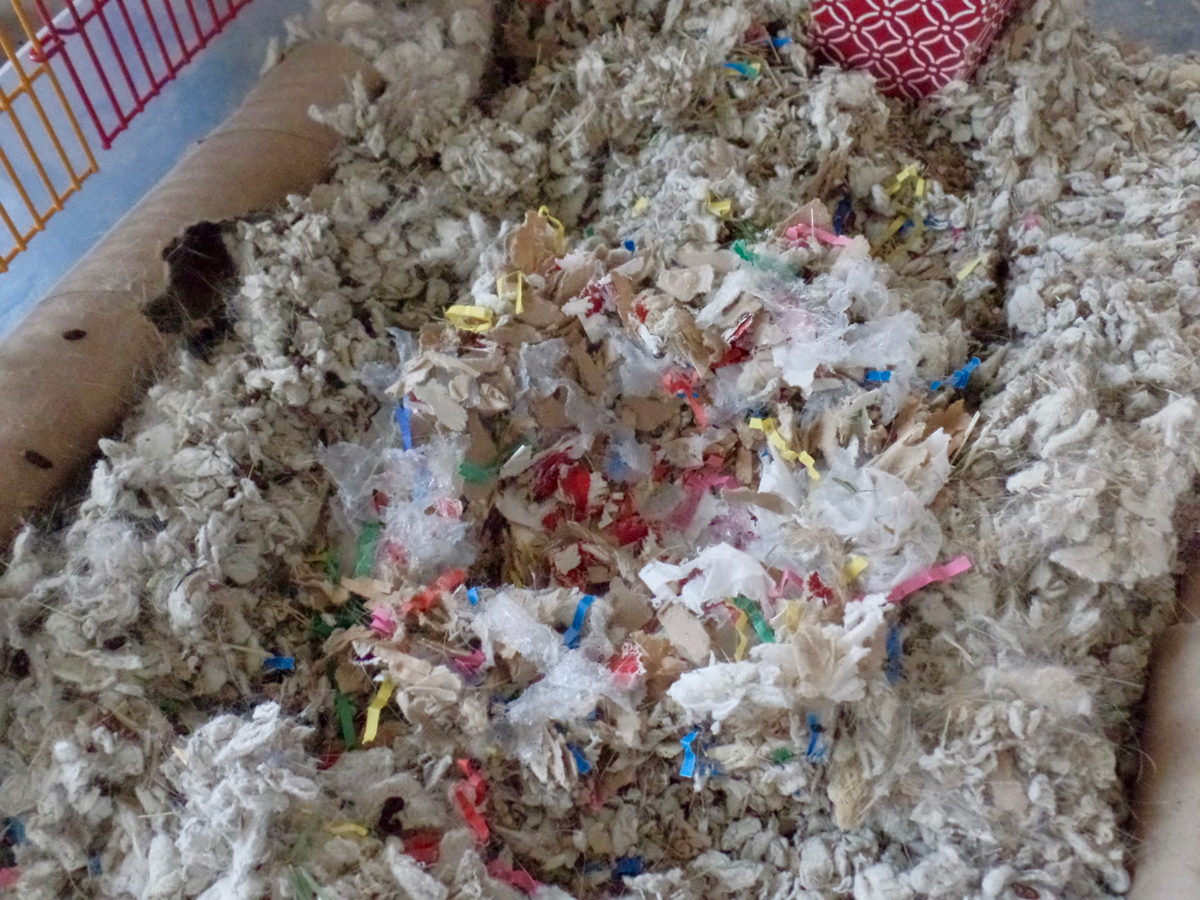 A last look at the home he built for himself over all those months. Notice he also had paper-towel tubes with side holes for even more undetectable movement. 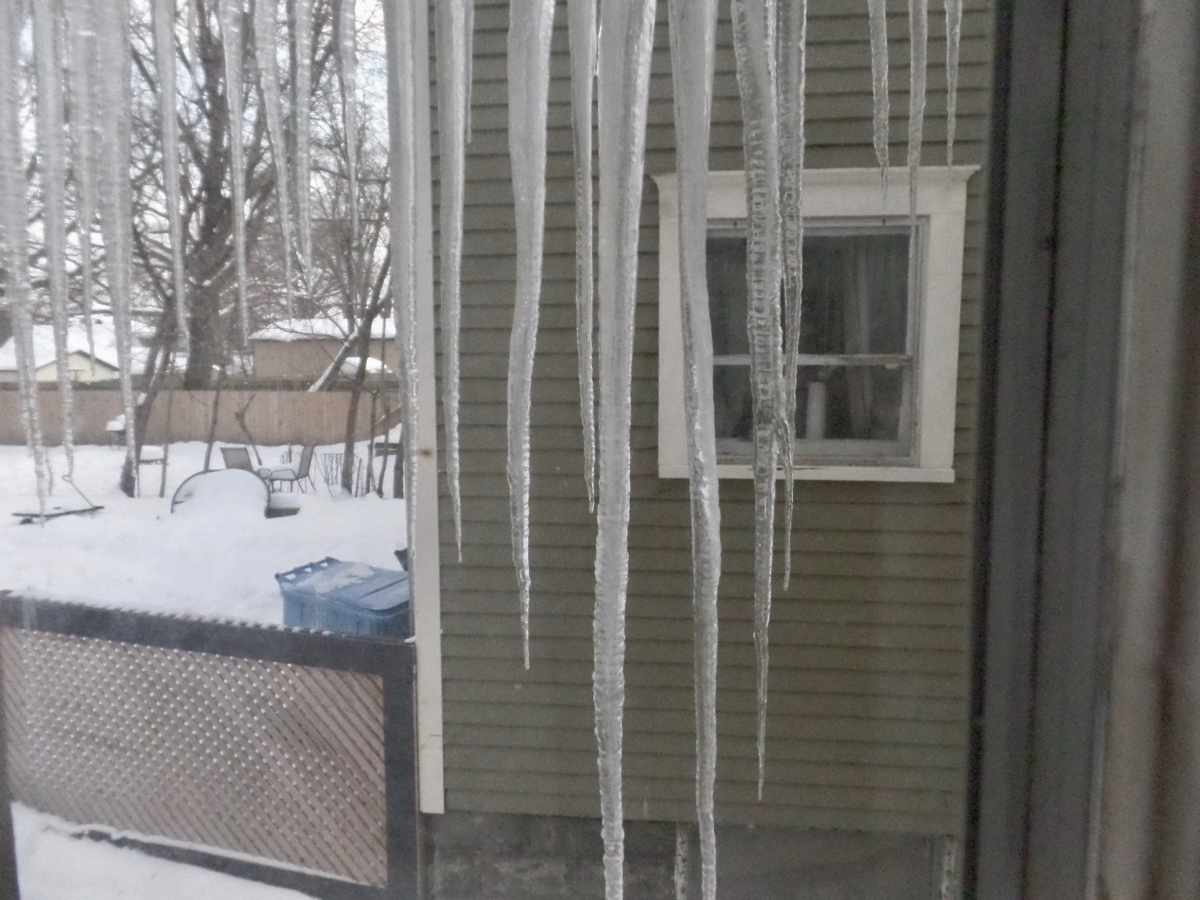 Back to the weather. Icicles outside the south side of the house. They get a bit much come late winter.

Trivia: The 1918 Influenza pandemic was blamed by contemporary medicine for an increase in schizophrenia --- ``from simple transient hallucinations to maniacal frenzy with needed mechanical restraint'' --- as well as an increase in Parkinson's Disease a decade later. Source: The Great Influenza: The Story of the Deadliest Pandemic in History, John M Barry. As influenza attacks the brain and central nervous system the links seem credible and studies of these links were reprinted, or followed up on, through to the 2000s (when this book came out). (If it strikes you as odd I haven't mined this book for trivia before now in the pandemic, you're quite alert. It was a choice.)