How's the humor blog looking now that I don't write anything funny for it anymore? Pretty good, really. Consider this recent material:

Now lete's get back to Easter with

bunny_hugger's parents and a bit of walking around town. 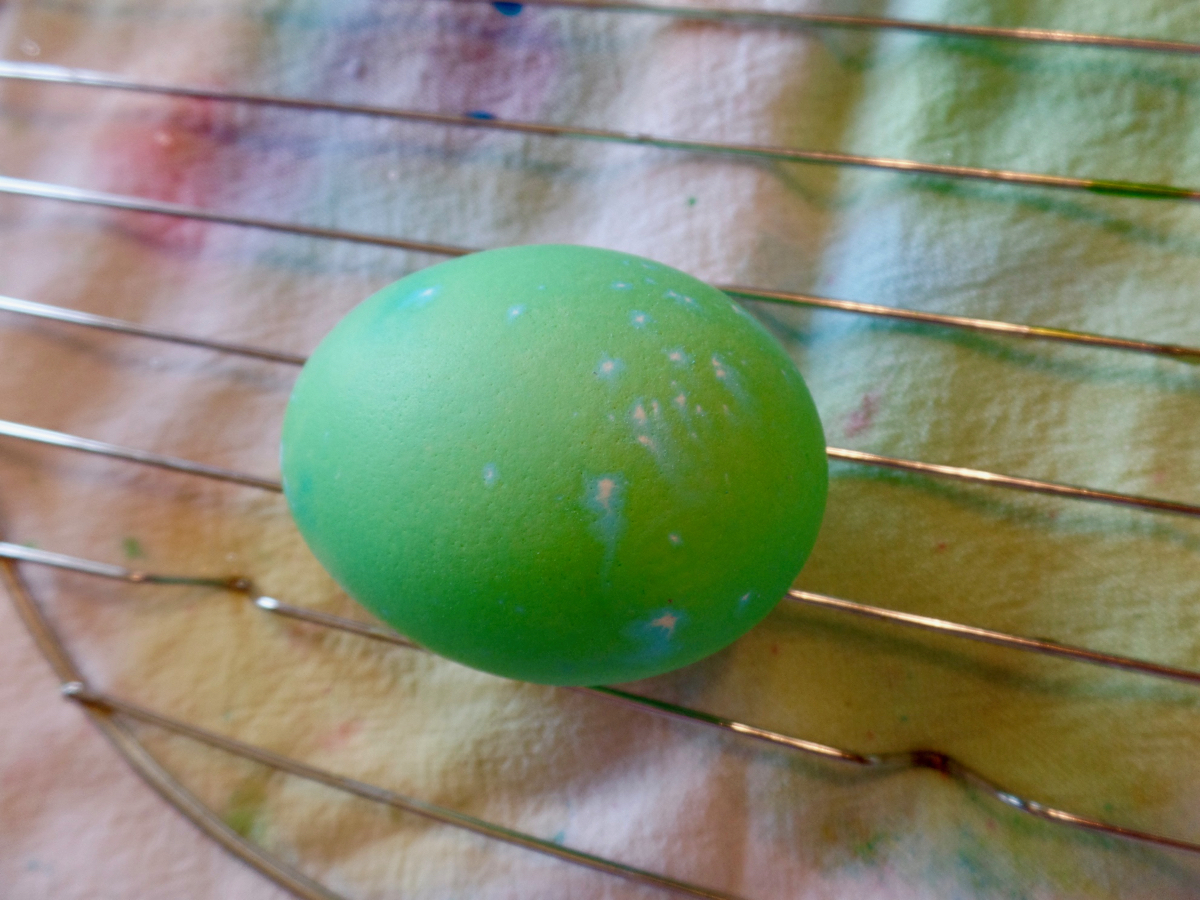 The egg dyes didn't really dissolve well and we have no idea why. So we couldn't get any egg to get a uniform color somehow. But we did get these neat speckled patterns that we could not possibly have done on purpose. 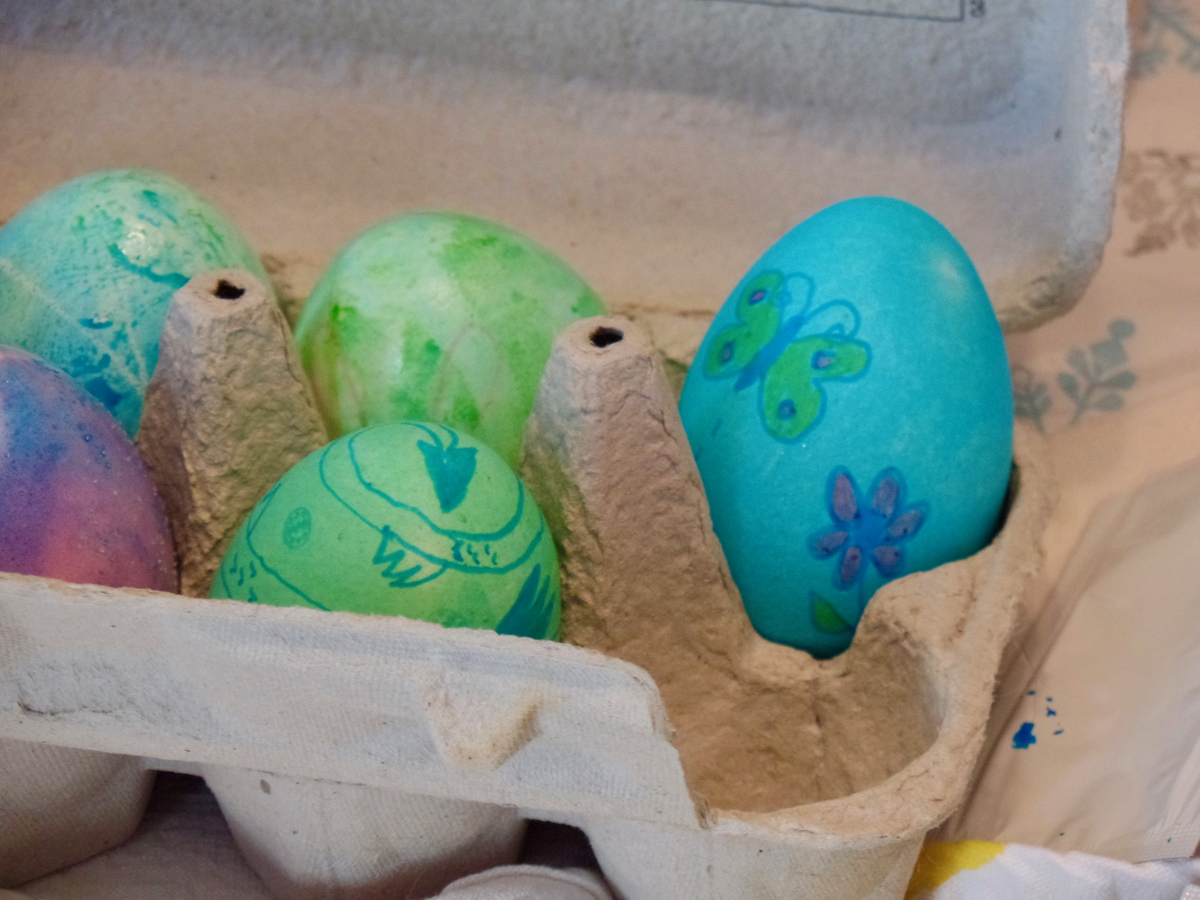 Some more views of eggs, including that dragon egg and one with a butterfly and flower that 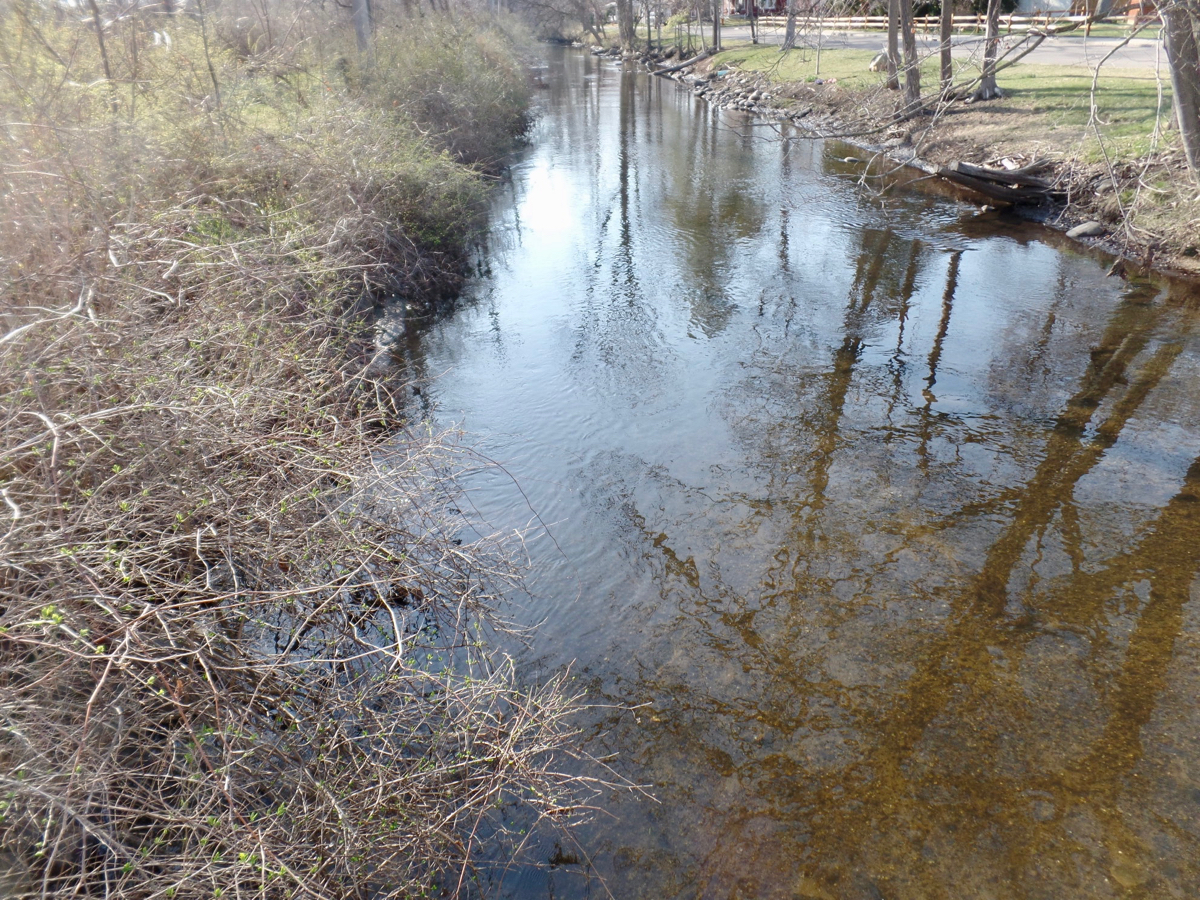 Going for a walk around town. Here's the river just past 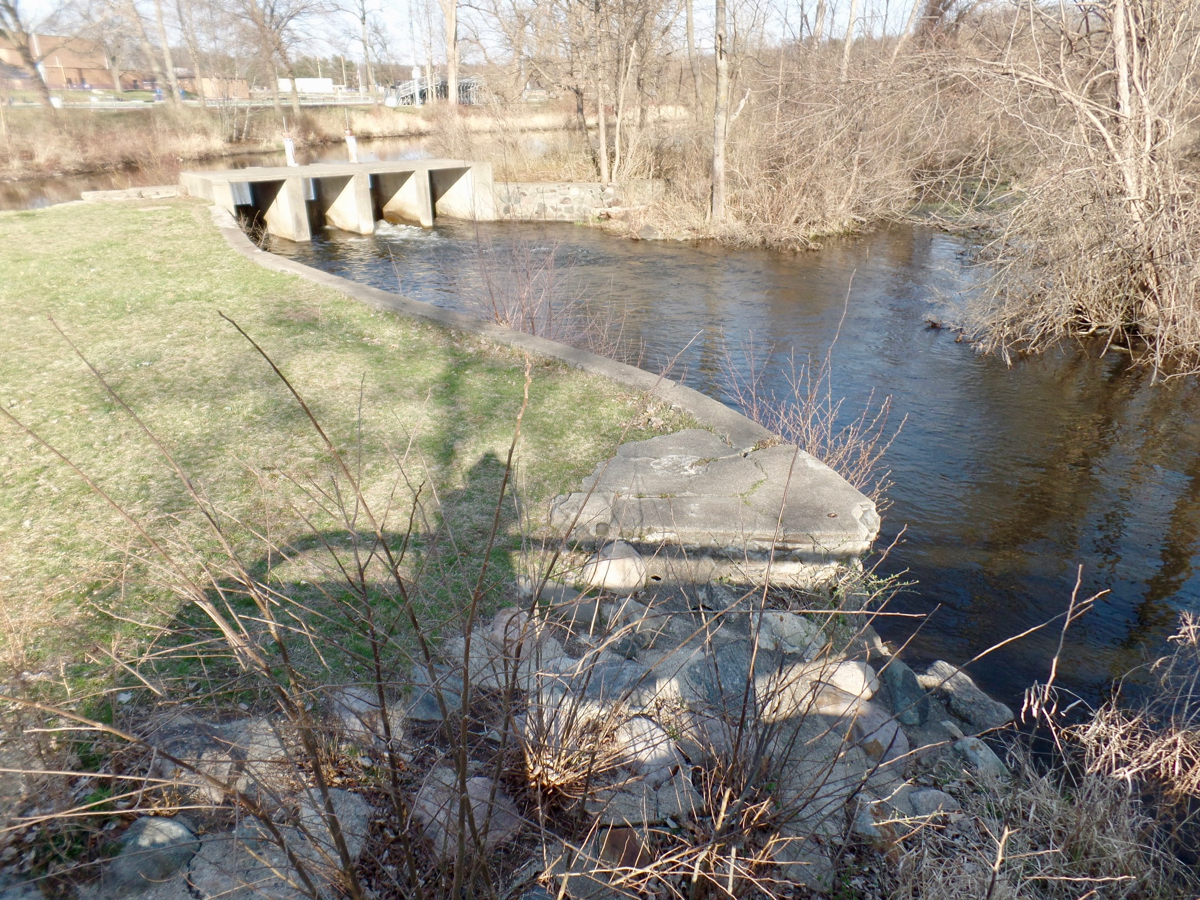 A small dam along the river. Beyond is the college's athletic center. 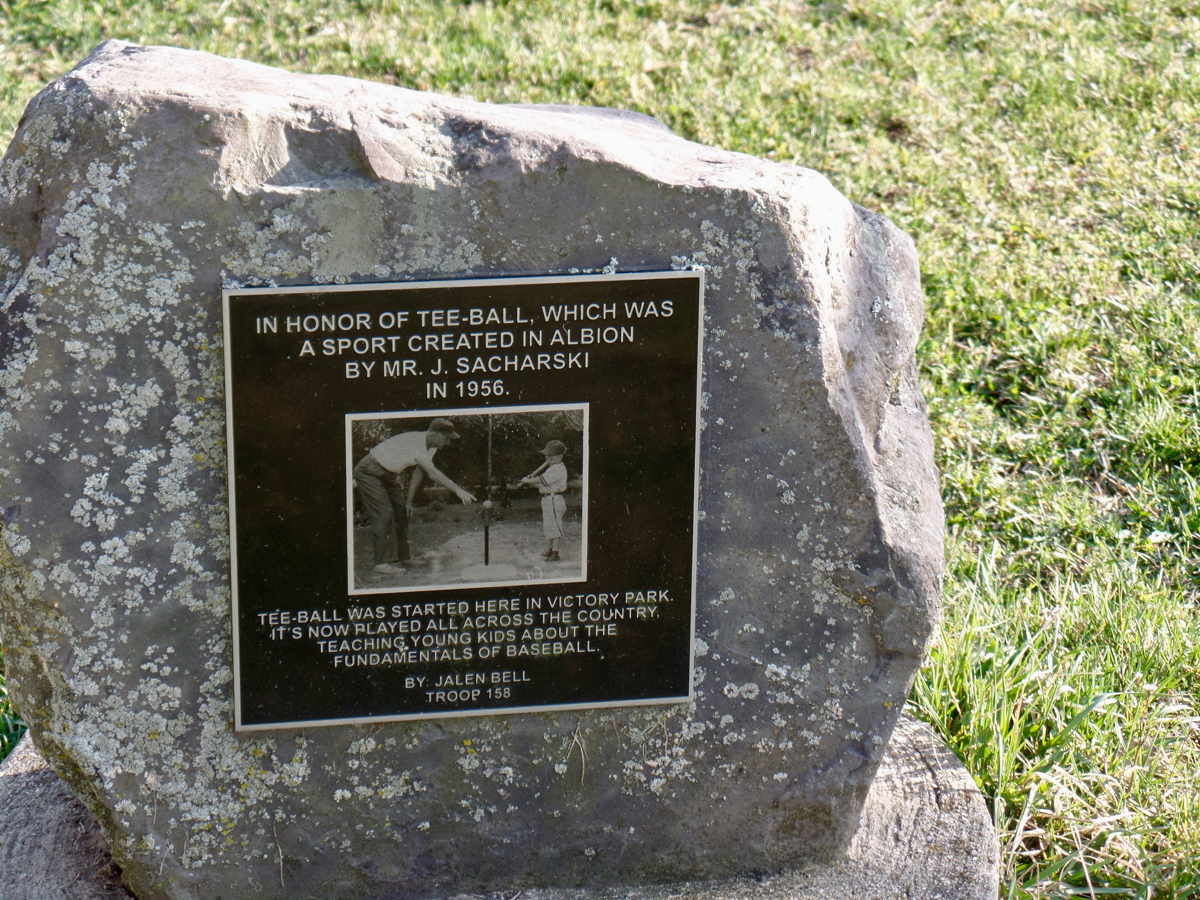 A monument commemorating the creation of Tee-Ball. Several other towns claim creation, too, although Wikipedia has no examples predating Albion's claim. 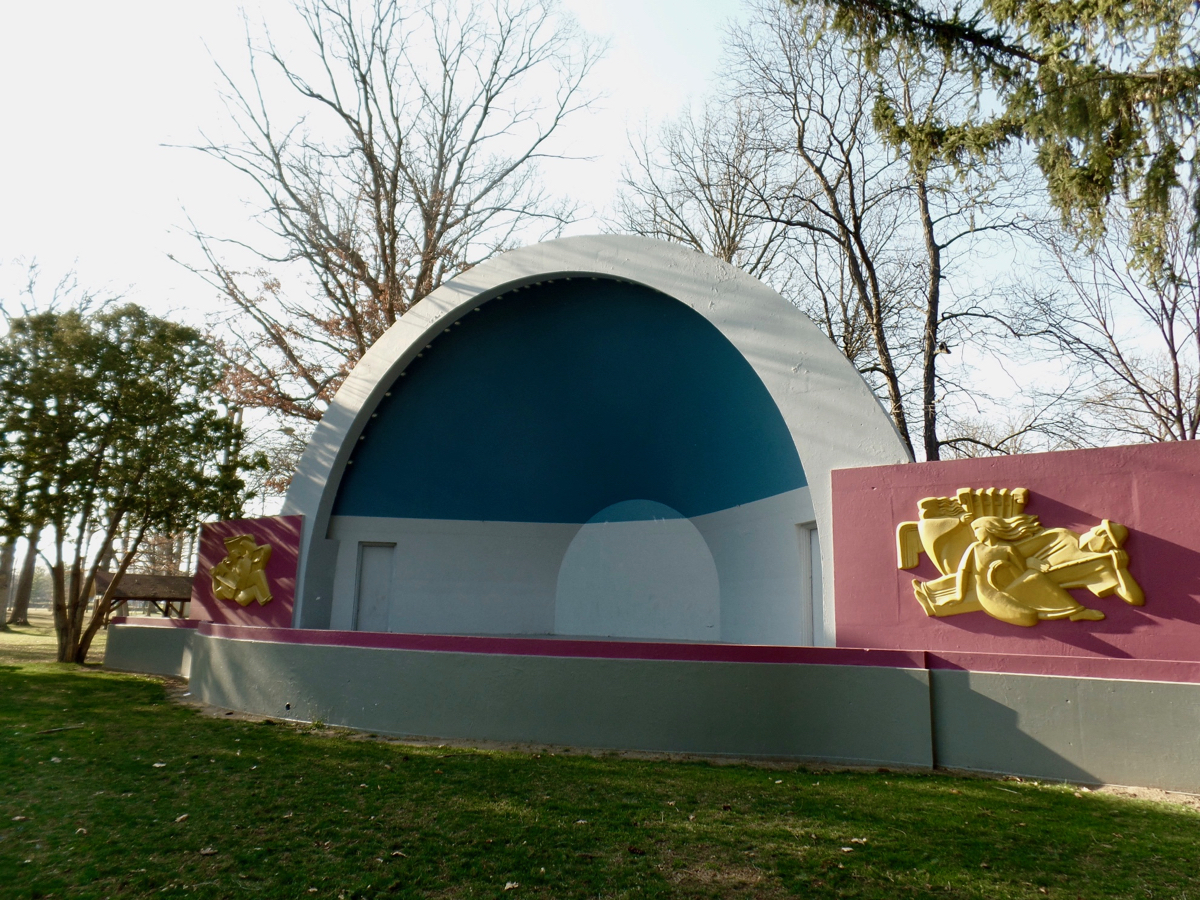 The band shell in Victory Park, near that Tee-Ball memorial. We've seen shows there. Note the WPA-era figures on either side. 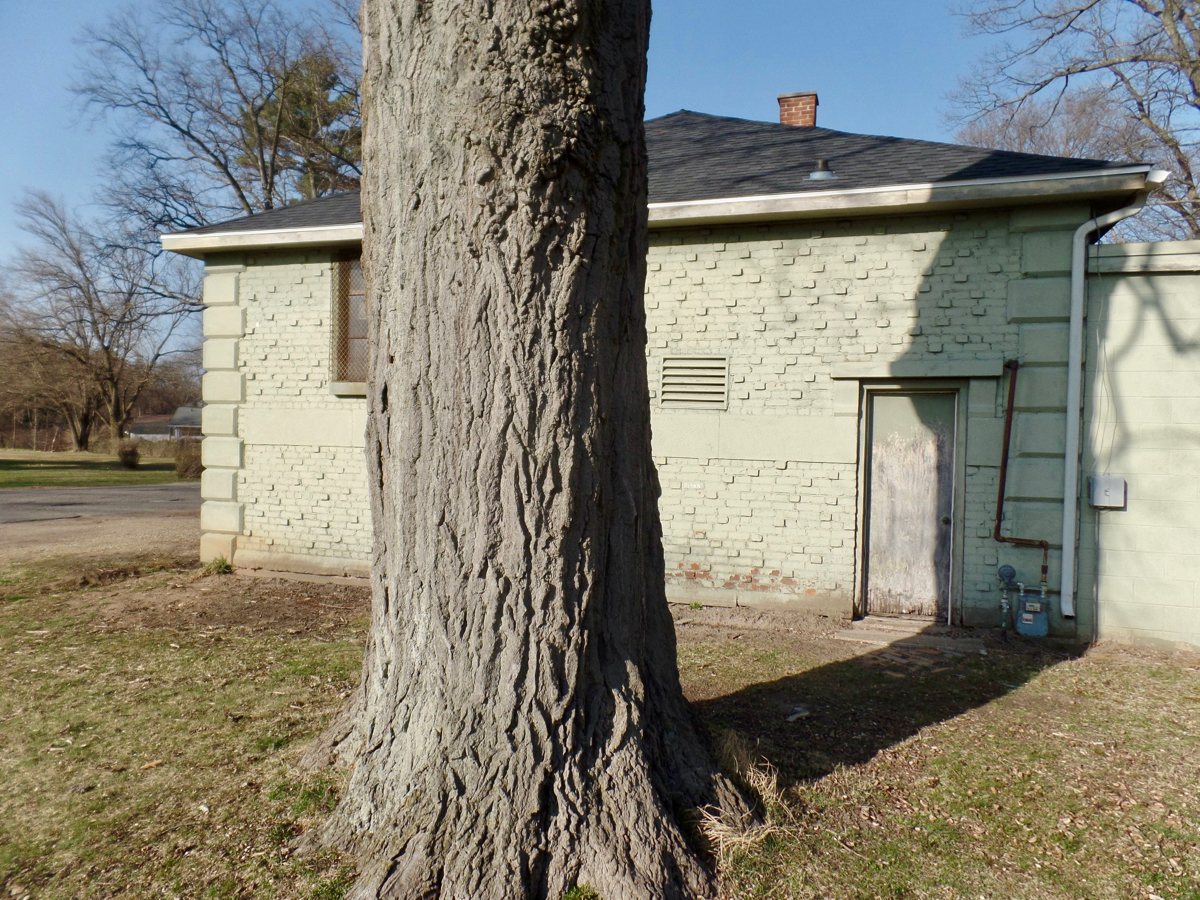 Some park building, with this interesting brick pattern. Also I like how the tree and its shadow fall across the building. 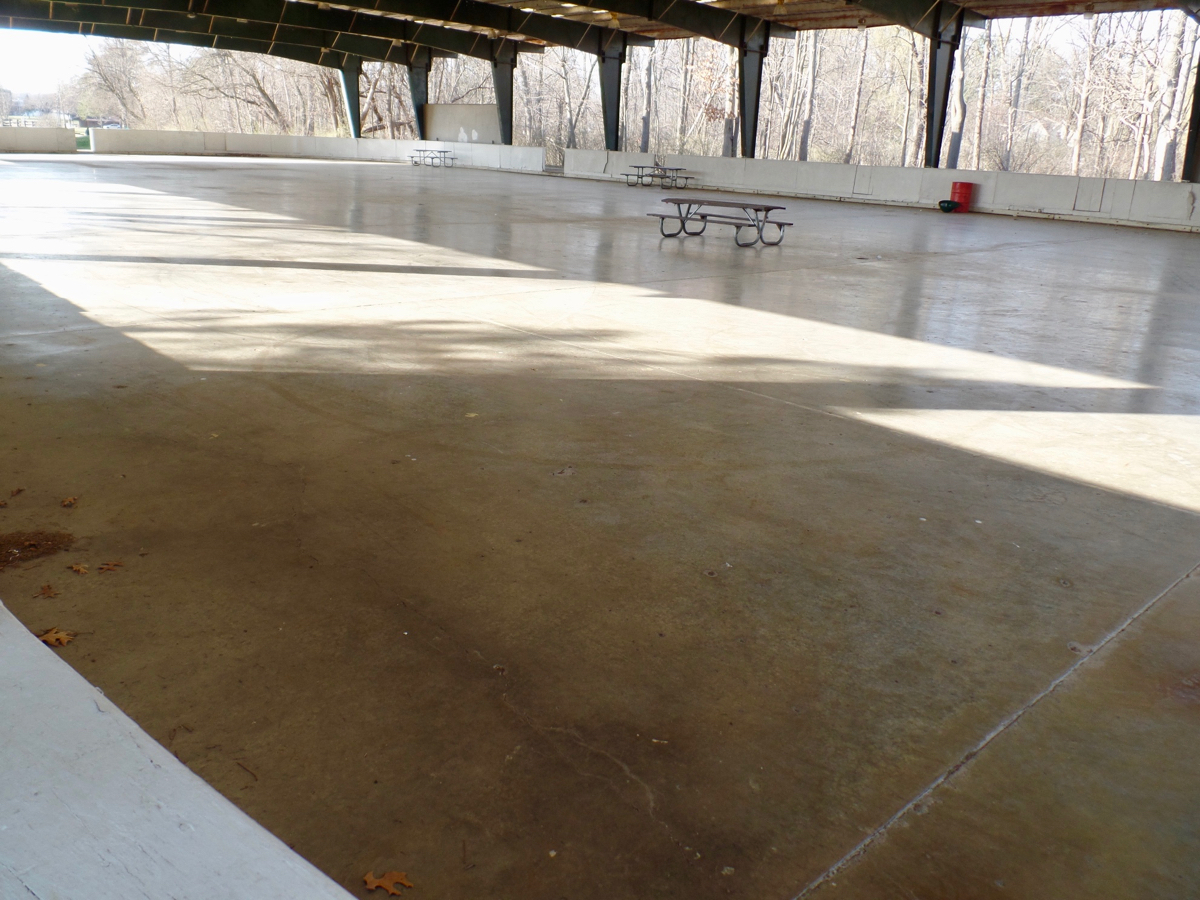 The Recreation Pavilion, which sure looks like it used to be a skating rink, and now offers rather a bit of sheltered and open space. 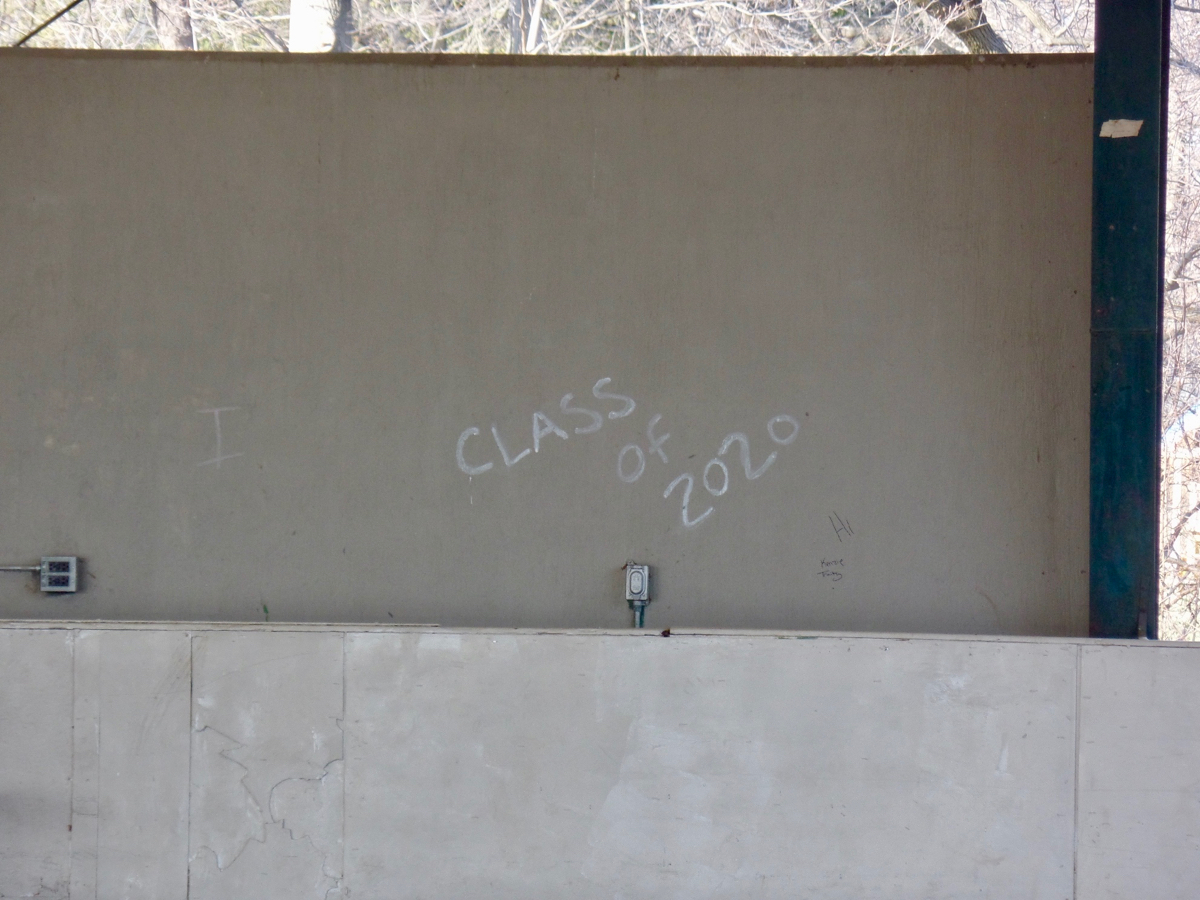 Graffiti within the pavilion. 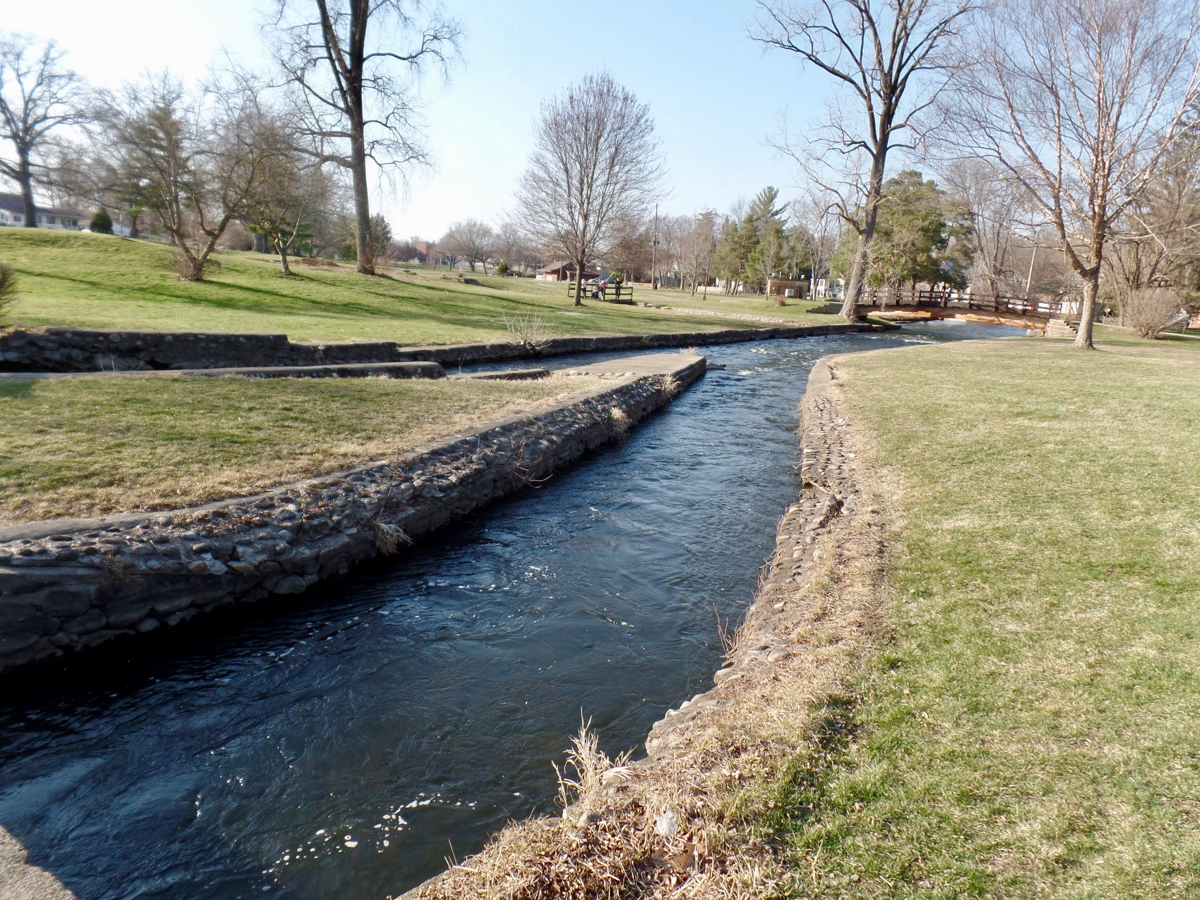 The river splits a bit here, creating this tiny island in the middle of the park. 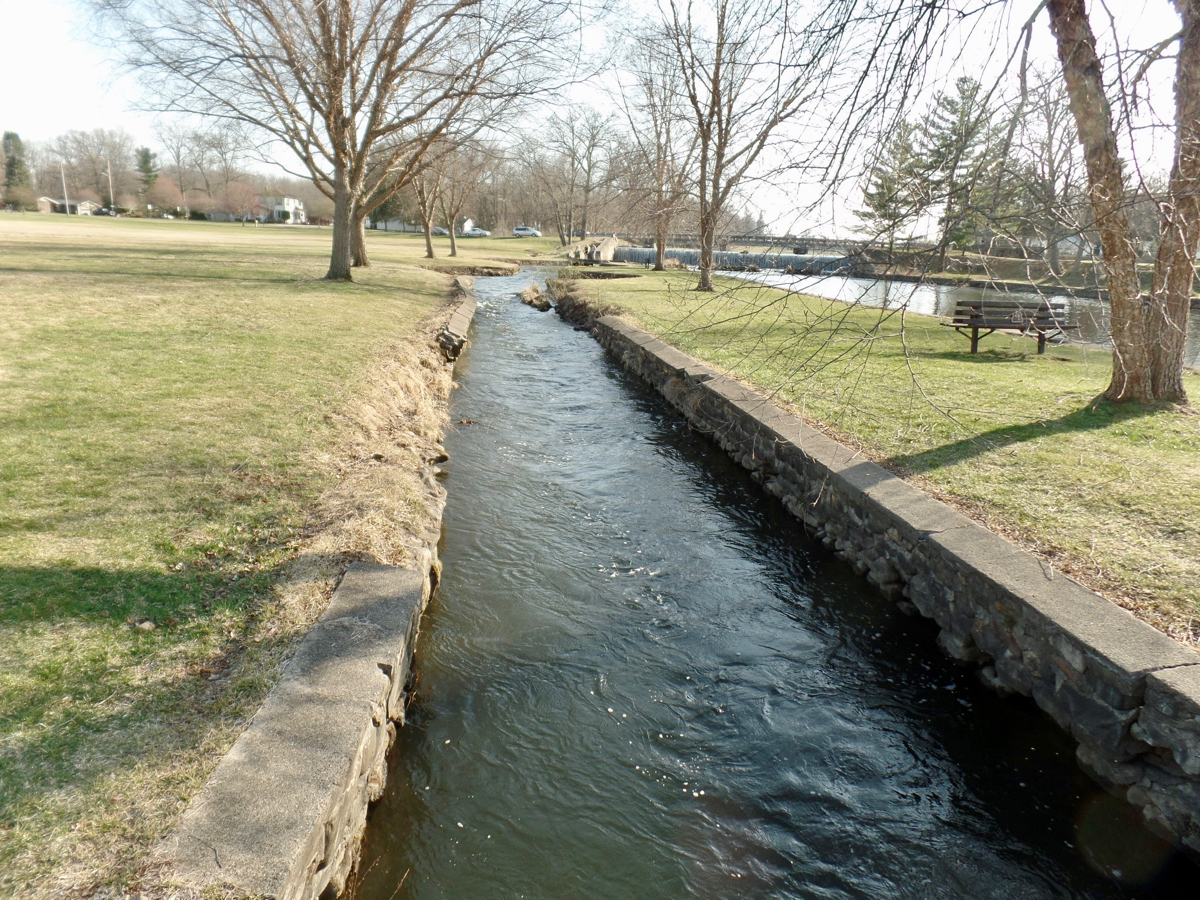 There's the split. There's a small dam up above there. 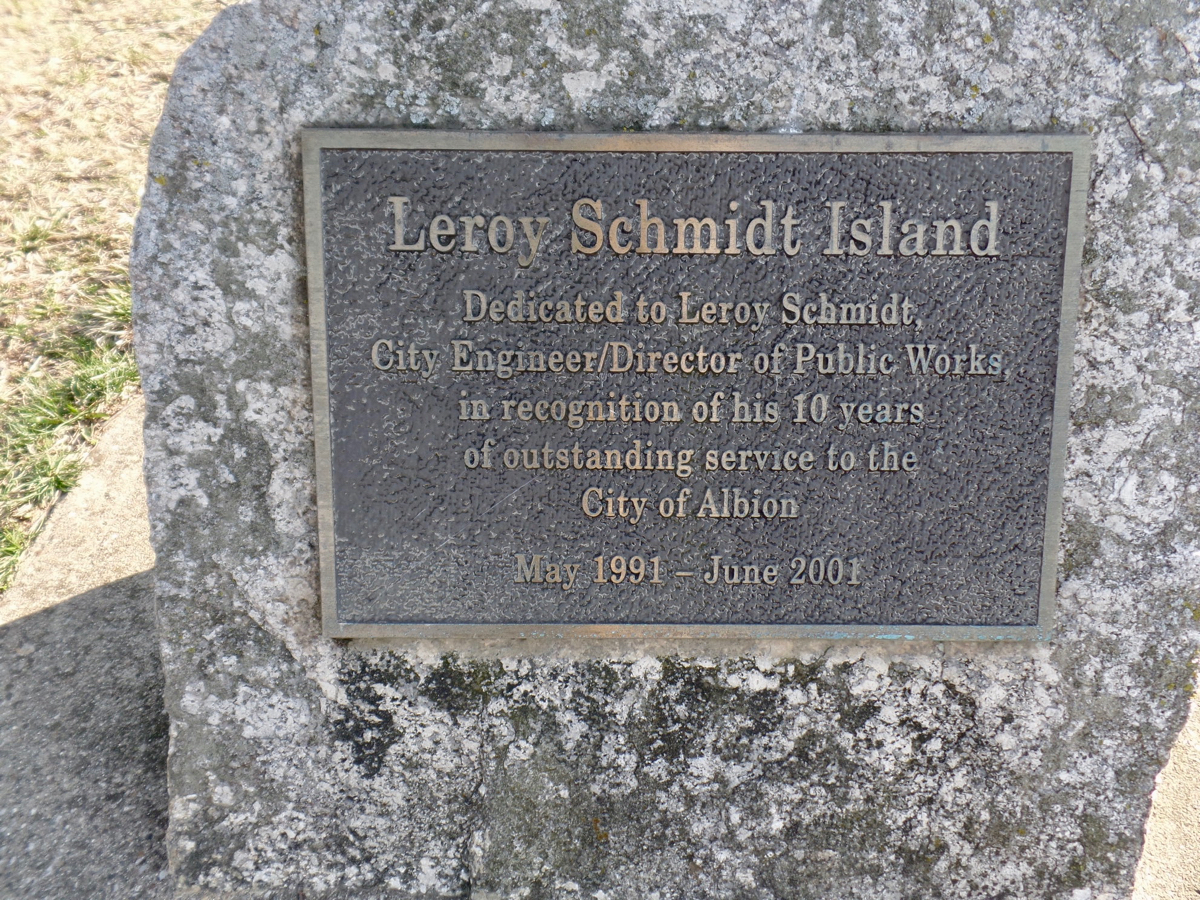 Plaque giving the name, and reason for naming, of the small island.

Trivia: The closing ceremonies for the Columbian Exposition of 1893 were cancelled following the assassination of Chicago Mayor Carter Harrison. Source: The Devil in the White City: Murder, Magic, and Madness at the Fair that Changed America, Erik Larson.