Then I'll go outside

So I was playing The Pinball Arcade's version of Ripley's Believe It Or Not. The pinball comes rocketing down the center, between the flippers. I whack the side of the iPad, like I would the actual table, even though it's futile and I'm not sure that shaking the iPad actually shakes the virtual table. (I do not know how to nudge virtual pinball.) The ball misses the hole at the bottom where it should drain and goes rolling up the angled base of the playfield, up the outlane, and drops into the inlane, back in play.

This is the first time I have ever, on a real or on a virtual pinball machine, done a deathsave. And I deathsaved backwards.

Meanwhile My experiment to have as little mathematics blog as possible continues at a pretty good clip. Here's the last two weeks' writing, if you call it that:

So that was our Easter weekend. Now? Just a bunch of miscellaneous pictures all taken over the course of April 2021, most of them during walks. Yes, I am under two months away from Current here. It is quite plausible that I am going to catch up to whatever the current day is before we next get to an amusement park or a pinball event. Brace yourselves, please. 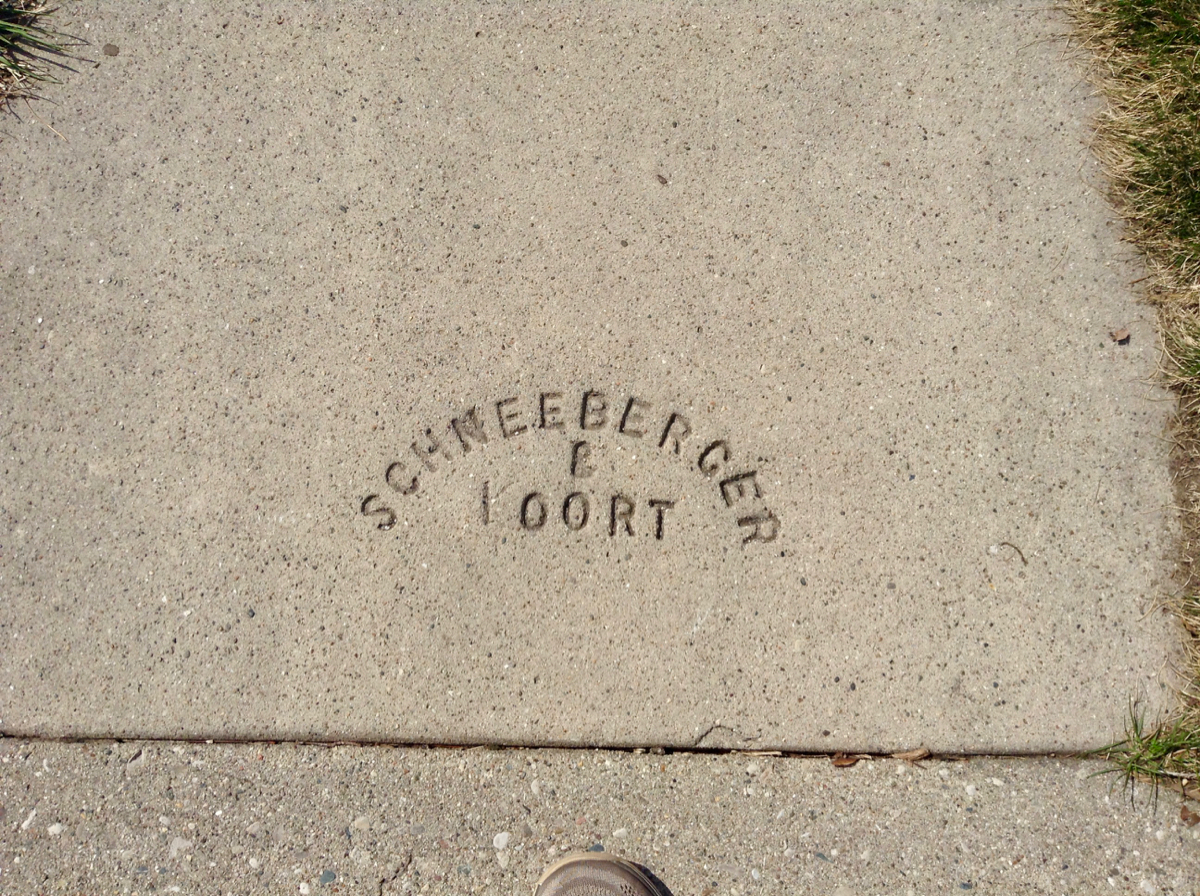 Curious sidewalk stamp that I noticed while walking south of the Interstate, on the segment of Malcolm X Street that's actually between neighborhood blocks. (The road used to be Main Street and was mostly obliterated in the 60s.) The sidewalk block is undated (against city code) or the date wore off (nobody's fault) but the thing just looked old. And, yeah. While

bunny_hugger doesn't have Schneeberger and Oort in her records, she has got some Schneeberger, mostly from the 1920s. But with a completely different stamp style. 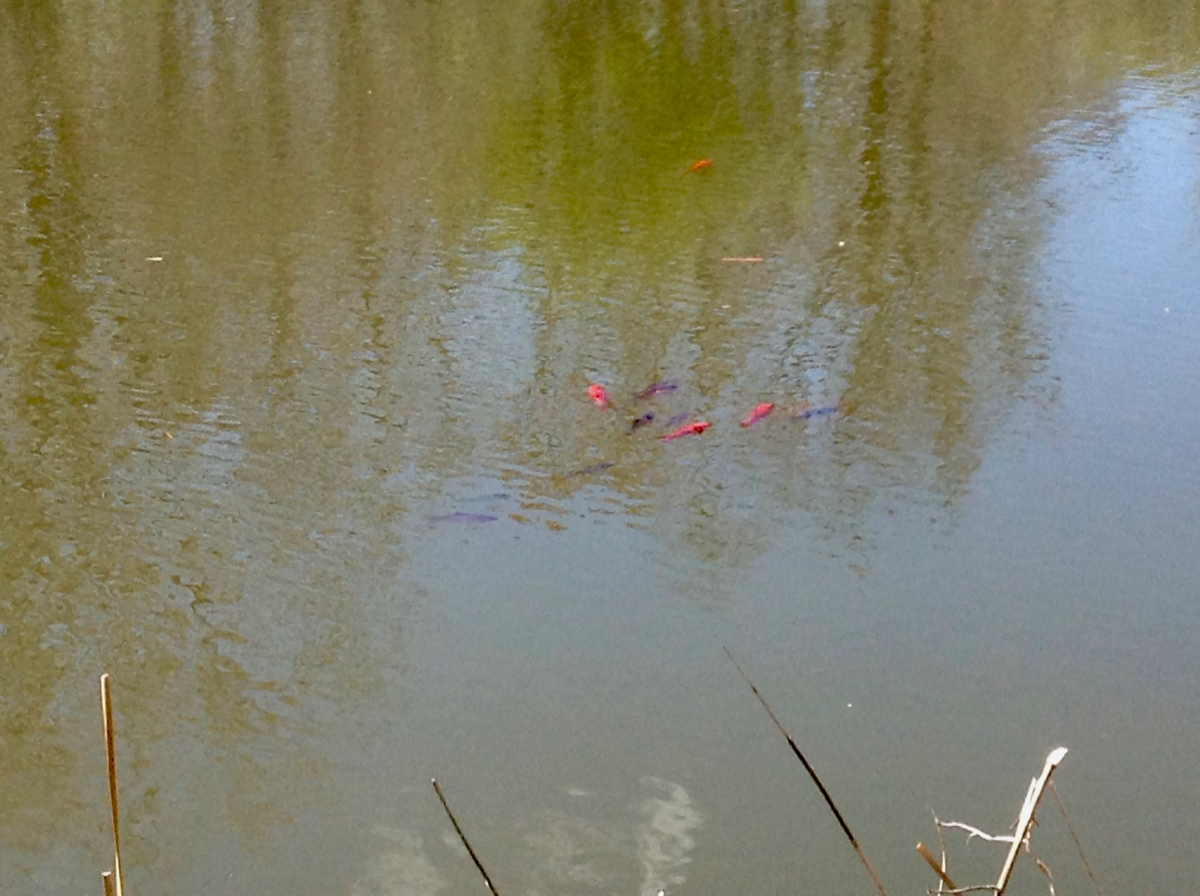 And from another walk. I got out to Ormand Park, up north of Grand River Avenue, and discovered there's goldfish in the pond there! 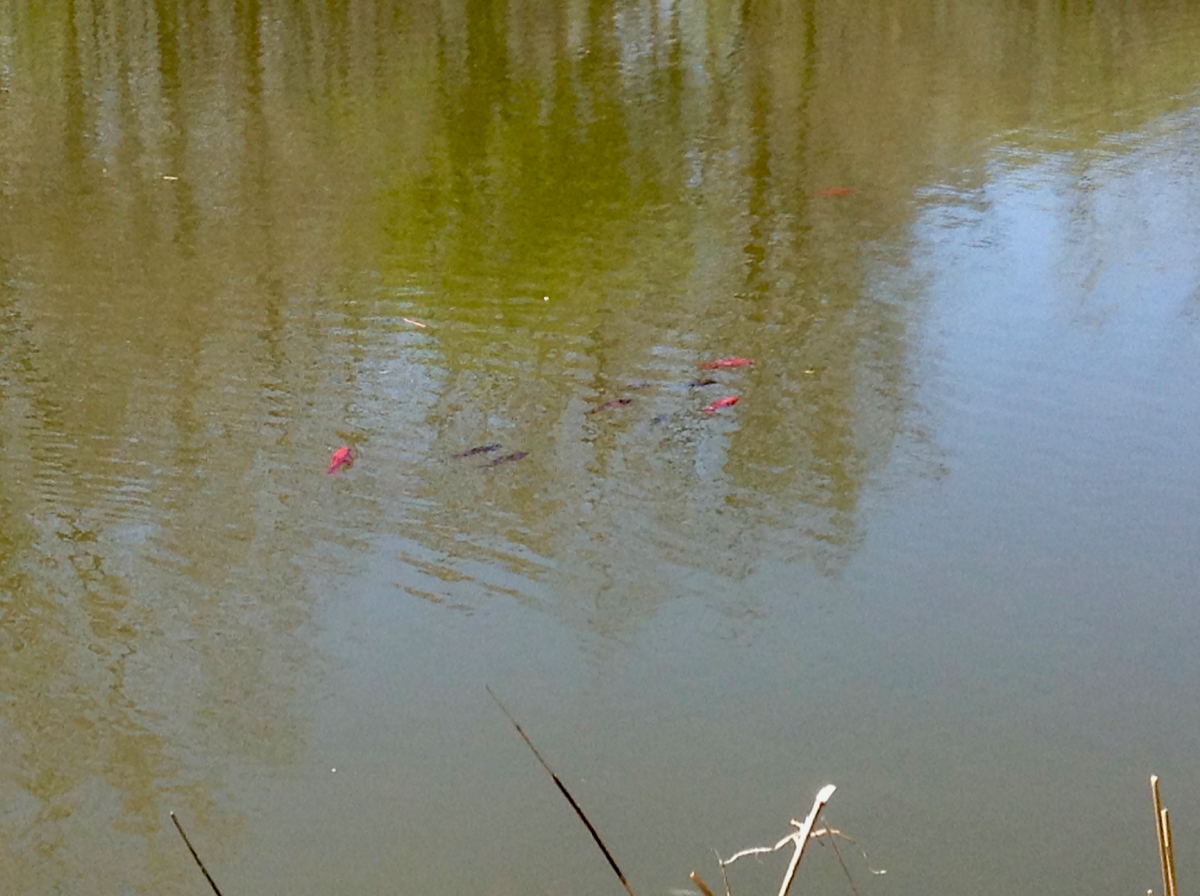 More of the goldfish over there. The pond is adjacent to the Groesbeck Golf Course, one of an estimated 1,926 golf courses around Lansing. 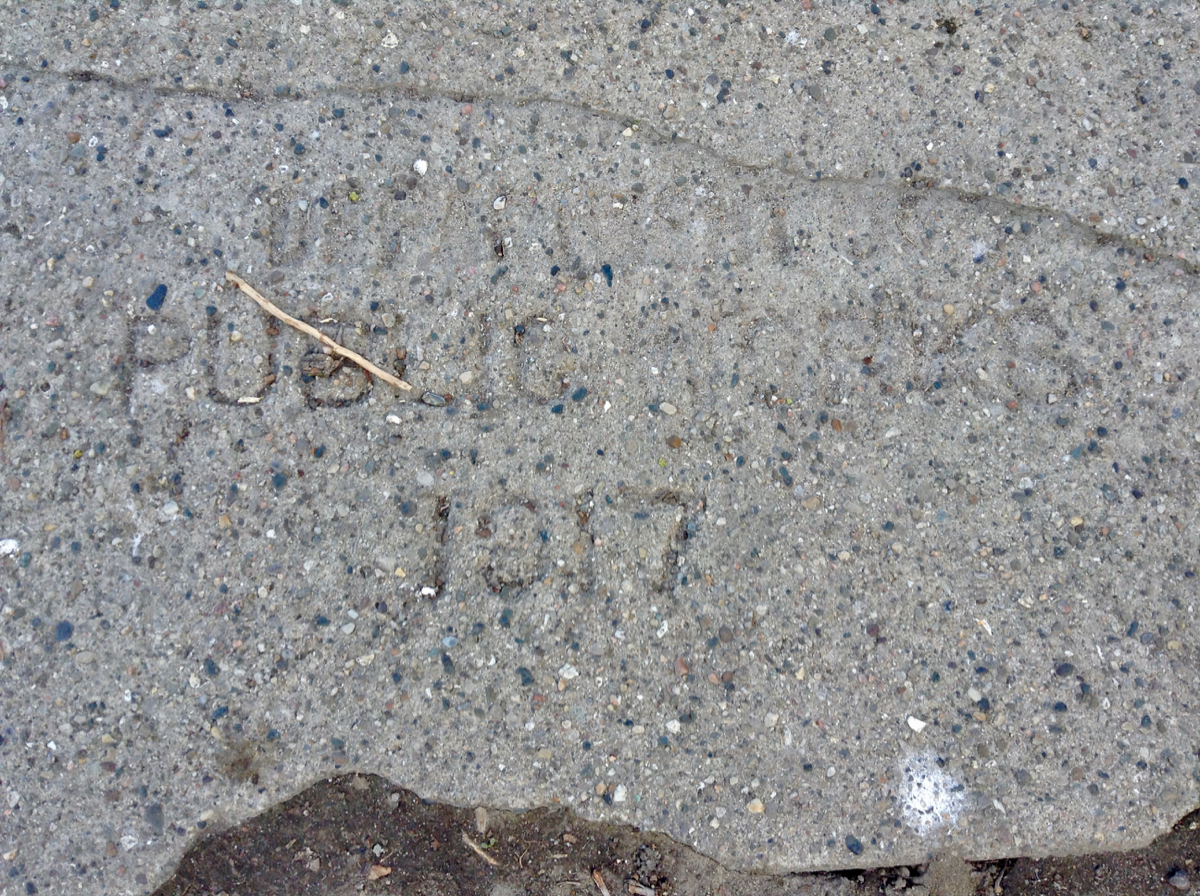 Also discovered walking around Malcom X Street: a 1917 stamp from the Department of Public Works. BunnyHugger has a bunch of DPW stamps, although not yet this one. 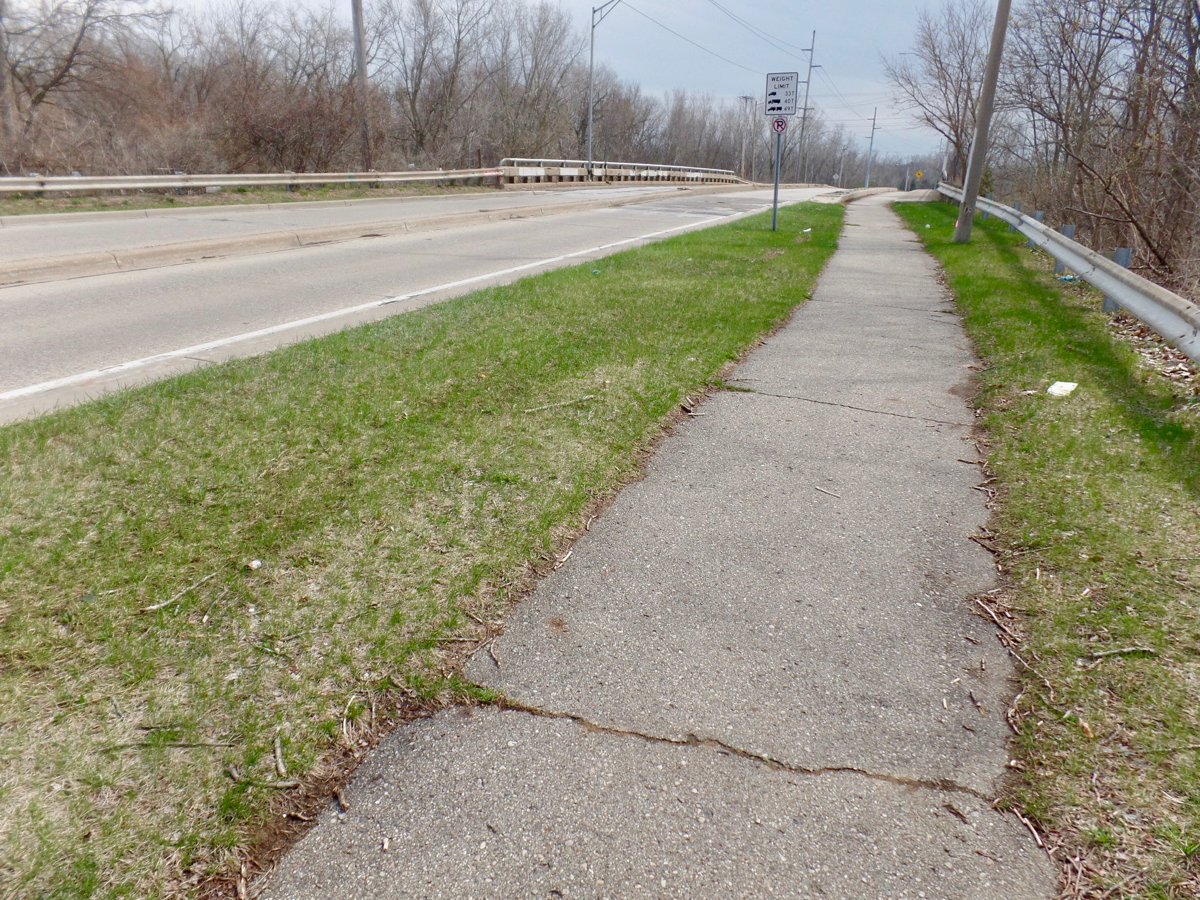 So here's something that's dominating recent pictures. They've demolished the Aurelius Road bridge over the Grand Trunk rail line, so, here's a picture of the bridge just before it got closed for good. 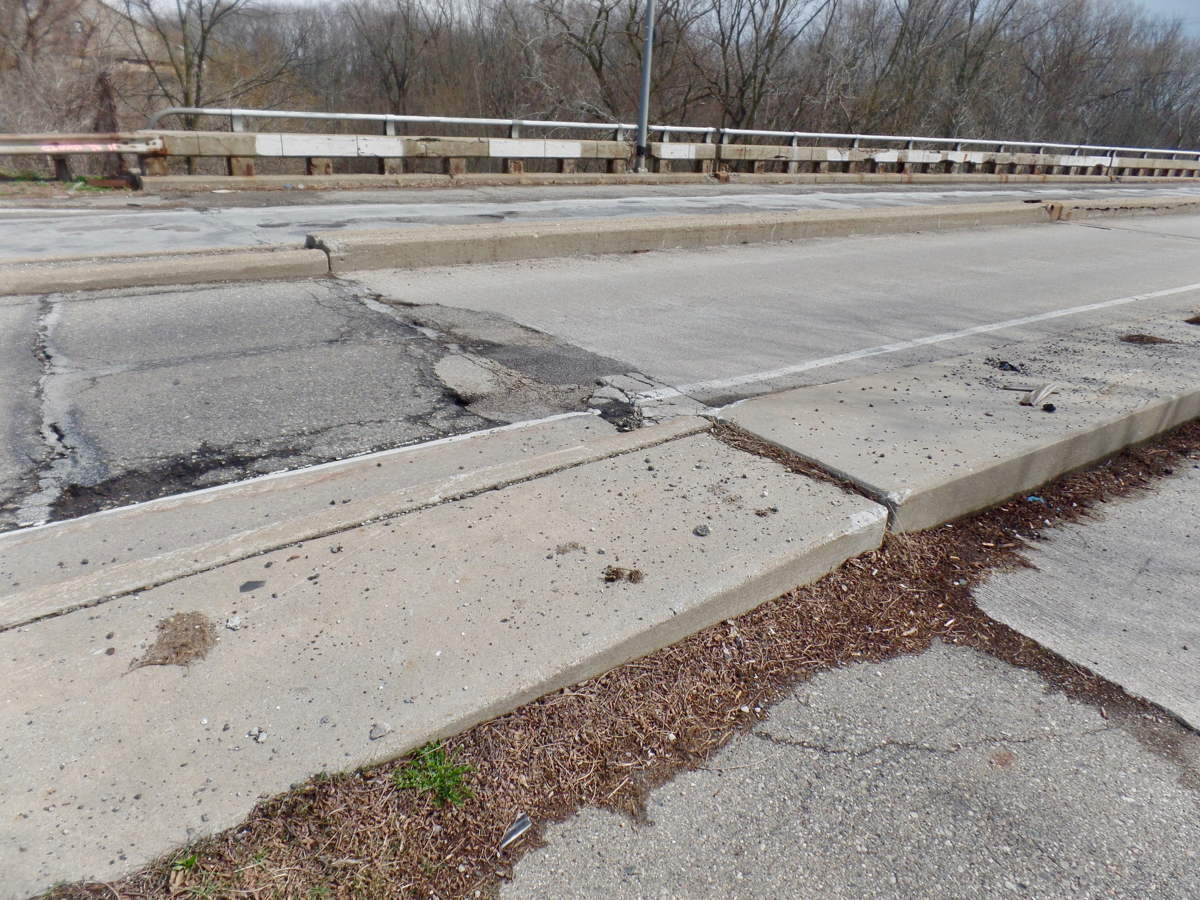 Have to admit, I understand their decision to demolish and replace this bridge. 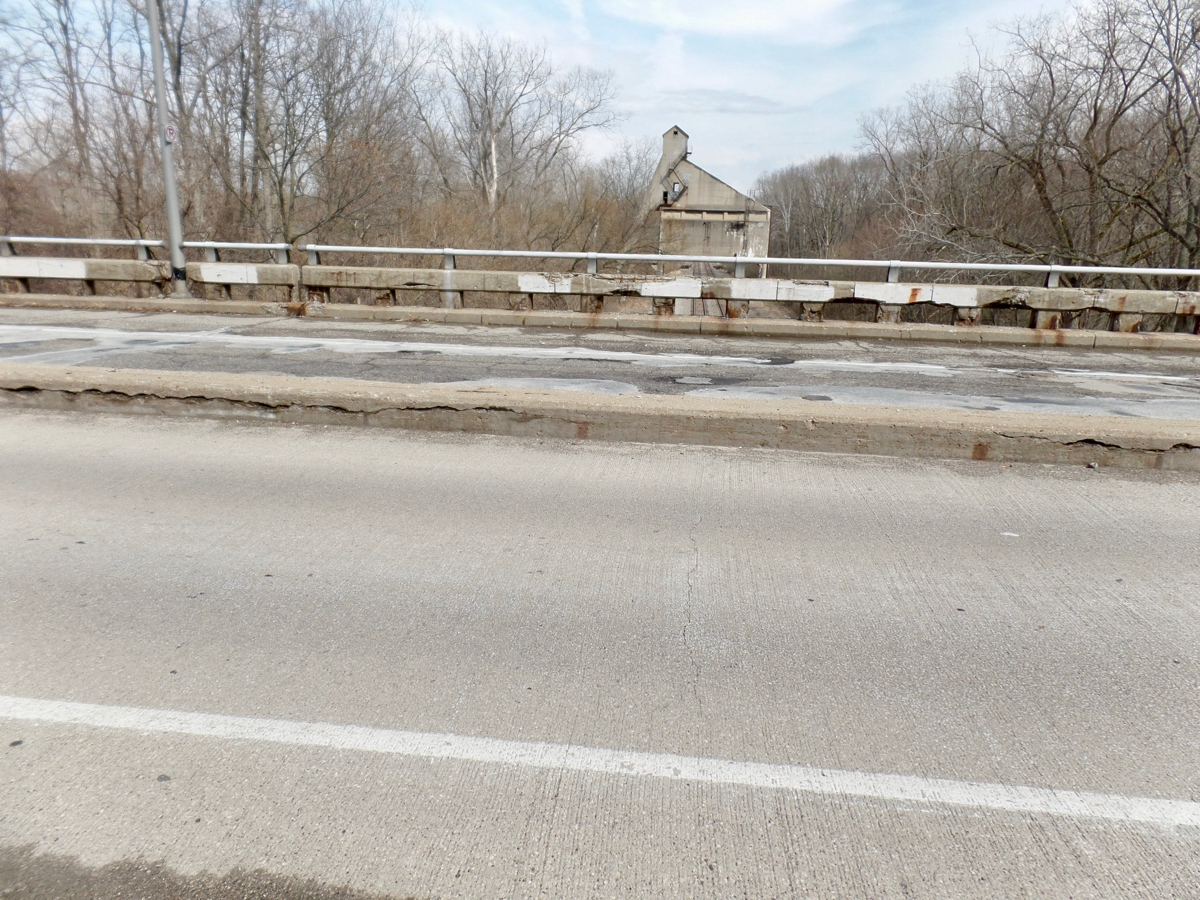 Standing on the middle of the bridge looking at the Grand Trunk Western Coal Tower, a structure that so far as I know serves no function but that I don't think is in danger of demolition. 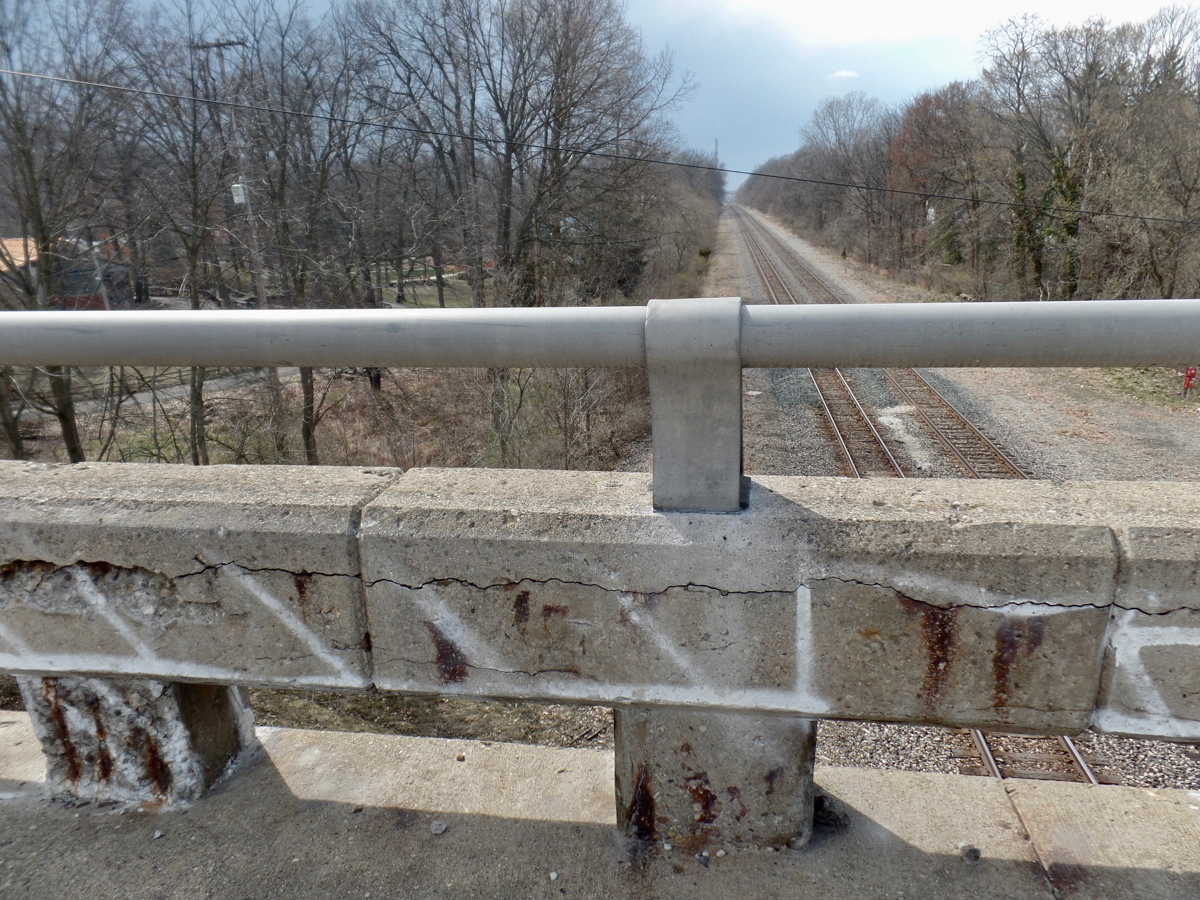 Looking the other way from the coal tower. The Potter Park Zoo's on the left.

Trivia: In 1870 one British doctor, testifying to a man's cause of death, said he found nothing at the postmortem to suggest a cause of death and supposed the man might have died of fright, although he did offer that the man's fall out a window ``might have been another cause of death''. Source: The Invention of Murder: How the Victorians Revelled in Death and Detection and Created Modern Crime, Judith Flanders. (Flanders offers her citation, Forbes's Surgeons at the Old Bailey, though I agree it sounds like the sort of legend one might tell in order to argue for imposing professional standards on coroners.)