Lots of things have happened

bunny_hugger went to work this week. Not university, no; the bookstore. She's been picking up a couple hours at the bookstore, filling in for people who need time off. Some to get their vaccination; others, just getting some time not working. It's been half-shifts, four hours, although that can be extended if she's there for the store's closing shift and she has to do some extra chore. Taking out the trash, for example, or vacuuming. It's a chance for me to spend a couple hours at home, in case I wasn't spending enough time at home.

And now to wrap up my April 2021 pictures, to my surprise. I'll have some May pictures, sure, but who knows what they'll even be? 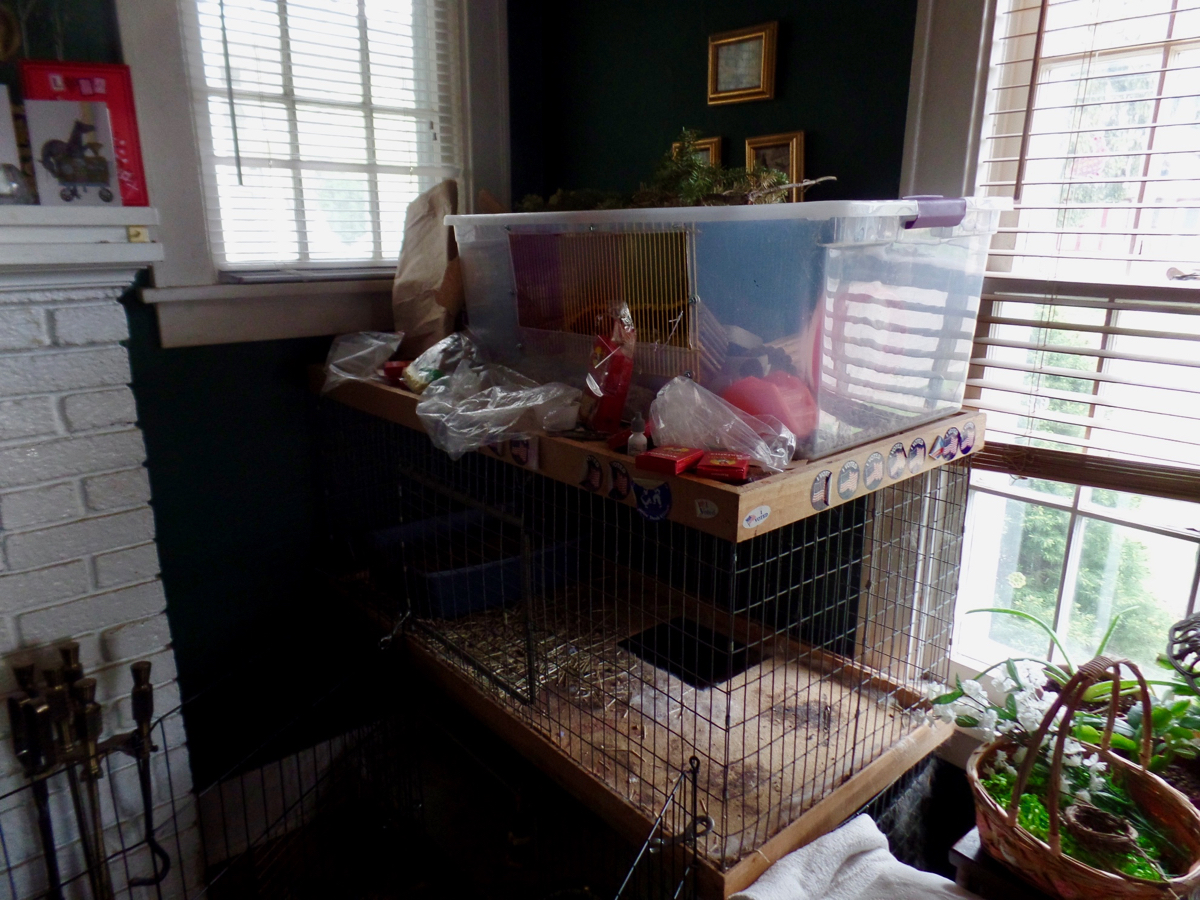 A last look at Fezziwig's cage in situ. Since we no longer needed it

bunny_hugger would clean it and take it to someone who'd taken some hamsters from the Rabbit and Small Animal Rescue, the people from whom we got Stephen, Penelope, and Fezziwig. 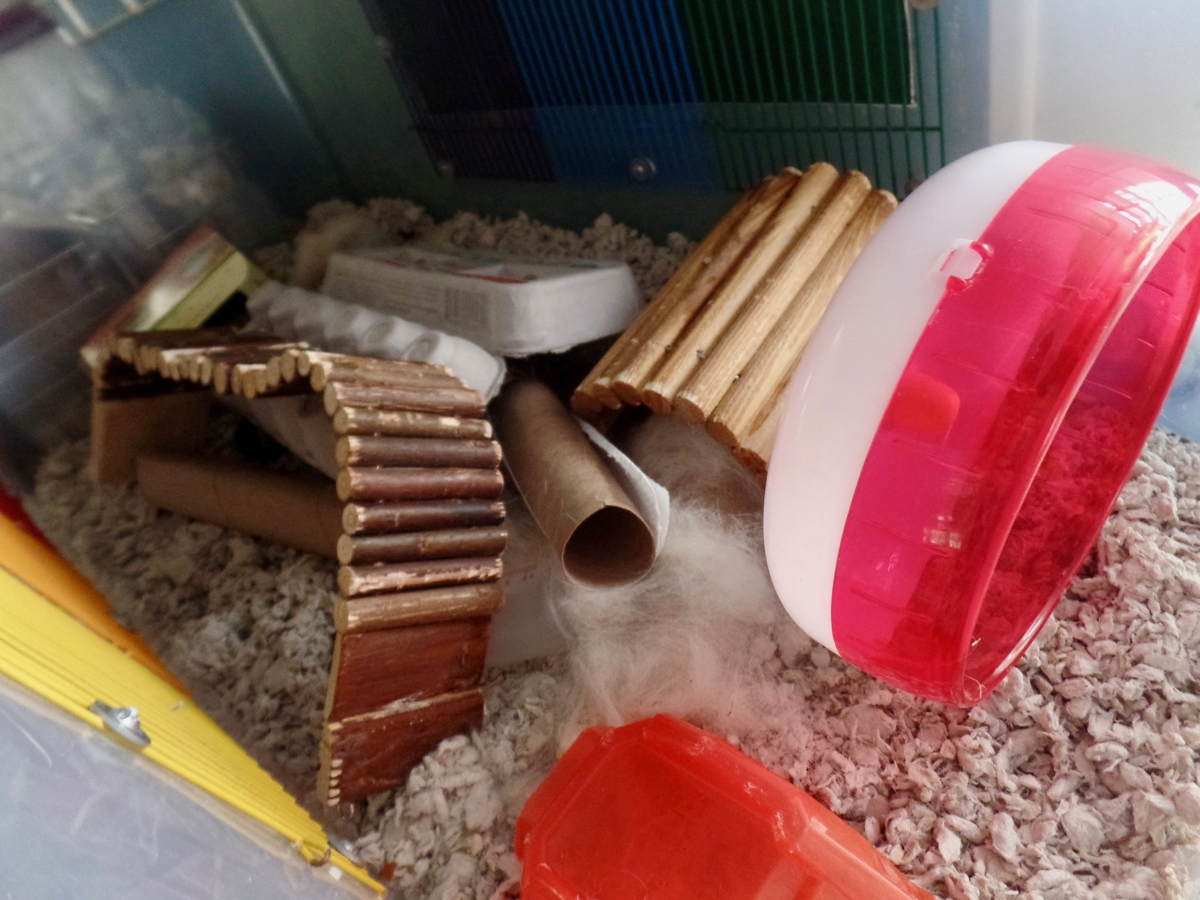 A last look at what we had in the cage. Disheveled, yes, by our searching for Fezziwig's corpse. He had, in his last day, done some work, including putting those paper towel tubes into the egg crate, and making some nesting of the rabbit fur. Also, as the poem says about plans, we found some caches of food that Fezziwig was saving for later. 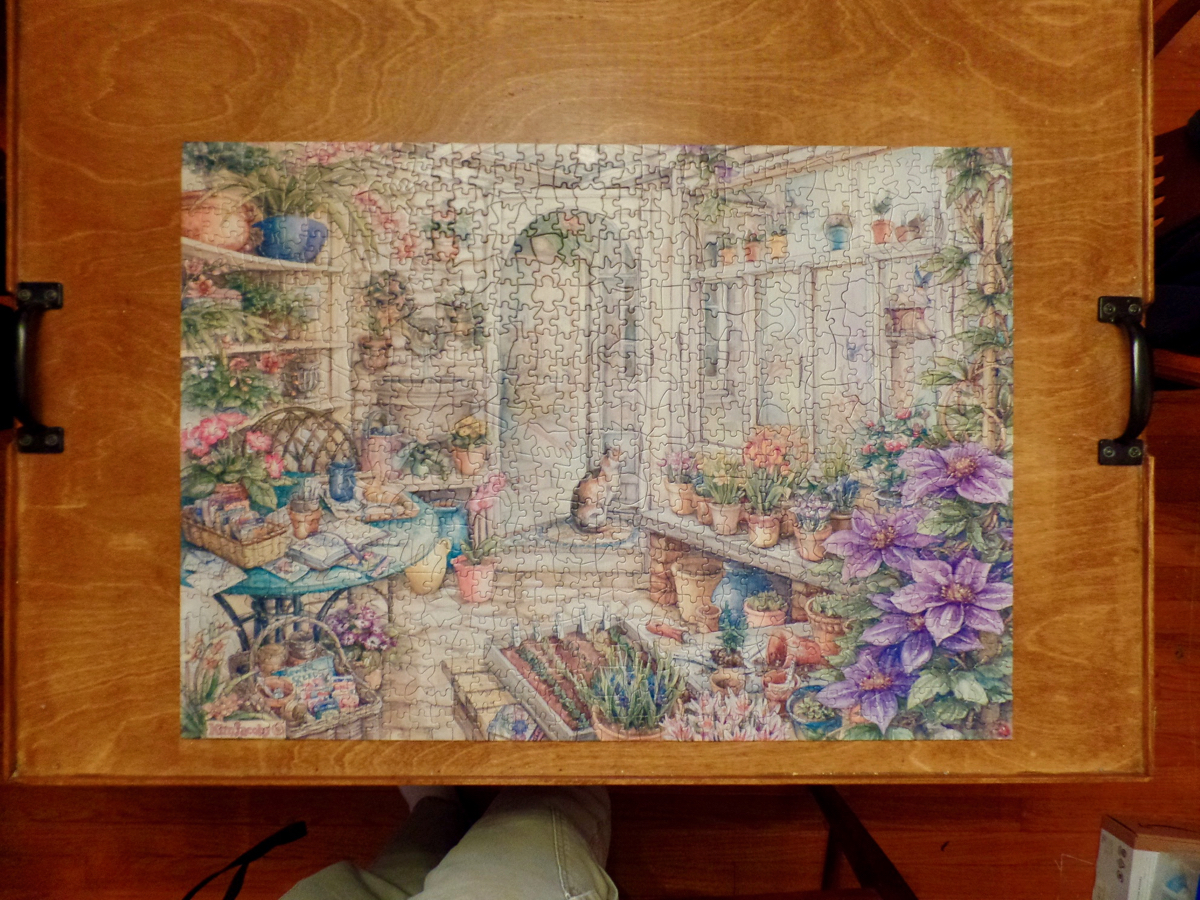 Spring Garden Room, finally finished, and looking lovely. Why would a simple puzzle like this take so long, other than that two-thirds of its area is tan? Well, look close at the pieces. 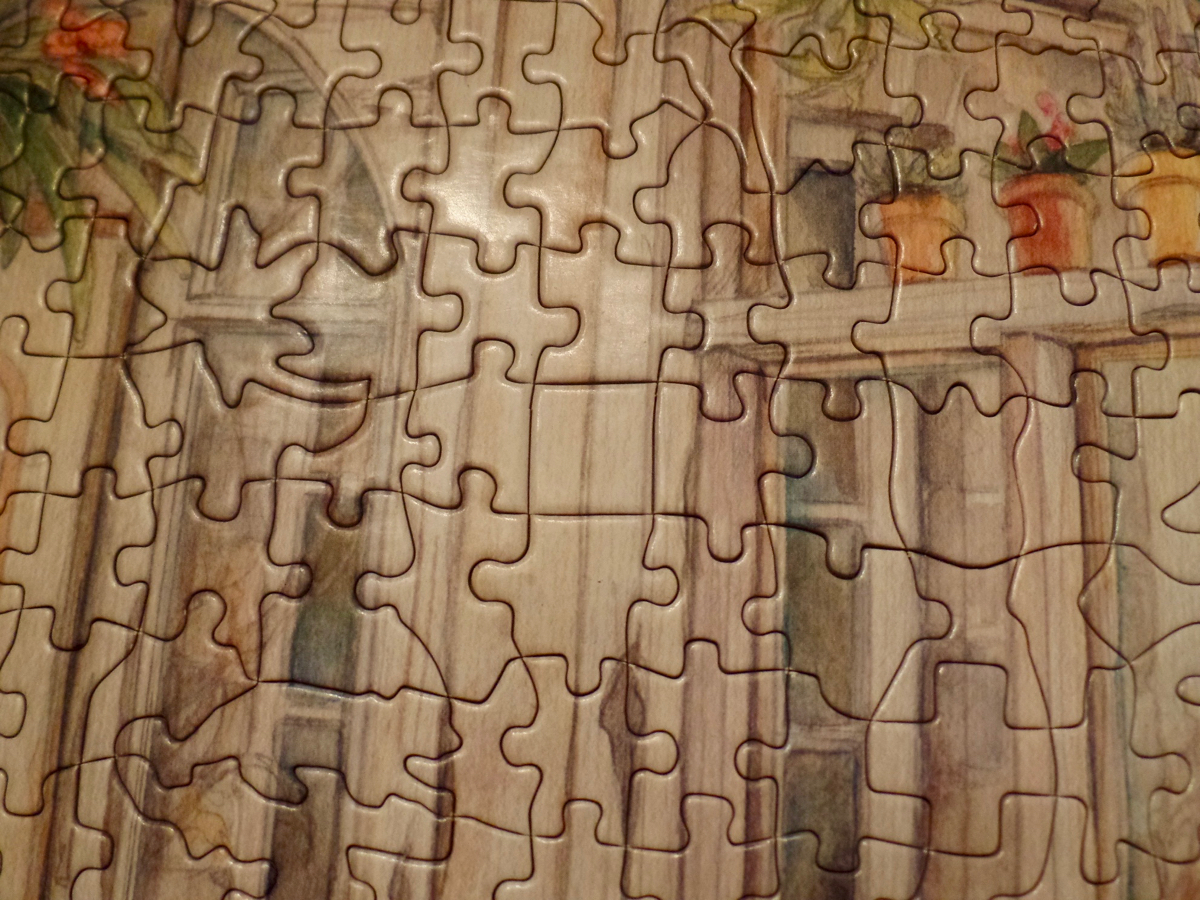 This puzzle was from a company bringing back ``whimsies'', puzzle pieces that look like specific things. There's a cat, for example, in the lower left corner, or possibly a person wearing a crown made of several pieces on the right there. The whimsies are great, except they tend not to fit together as well as your regular cut pieces do. And you get anomalies like this square piece in the center of the picture. The heck is that? 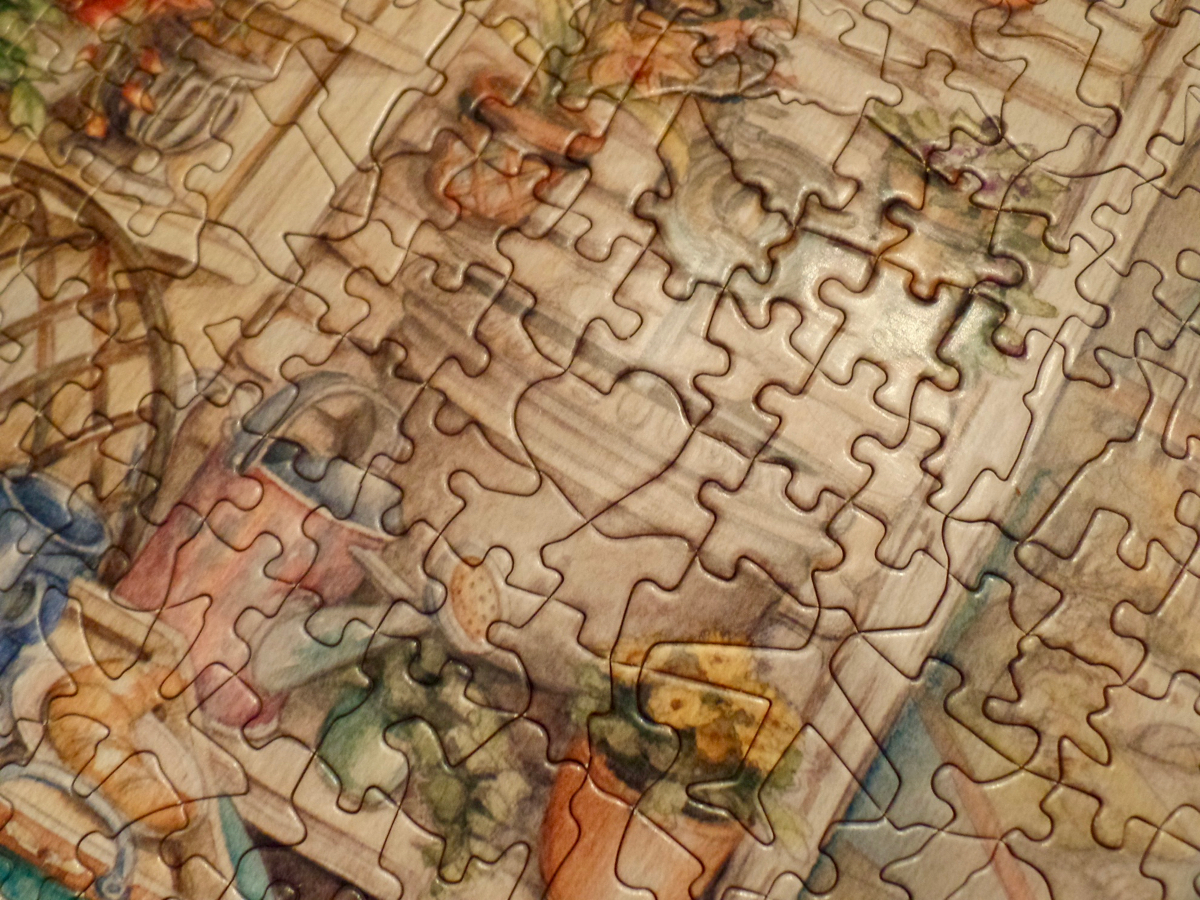 Or for a more specific whimsy see this valentine heart. Great shape but it won't catch hold of anything. The airplane whimsy at about 5 o'clock is similarly a great shape that doesn't hold pieces. Also the Christmas tree at about 1 o'clock. The puzzle might have been easier, and held together, if there were fewer unusual pieces.

bunny_hugger shared her thoughts about the puzzle here. 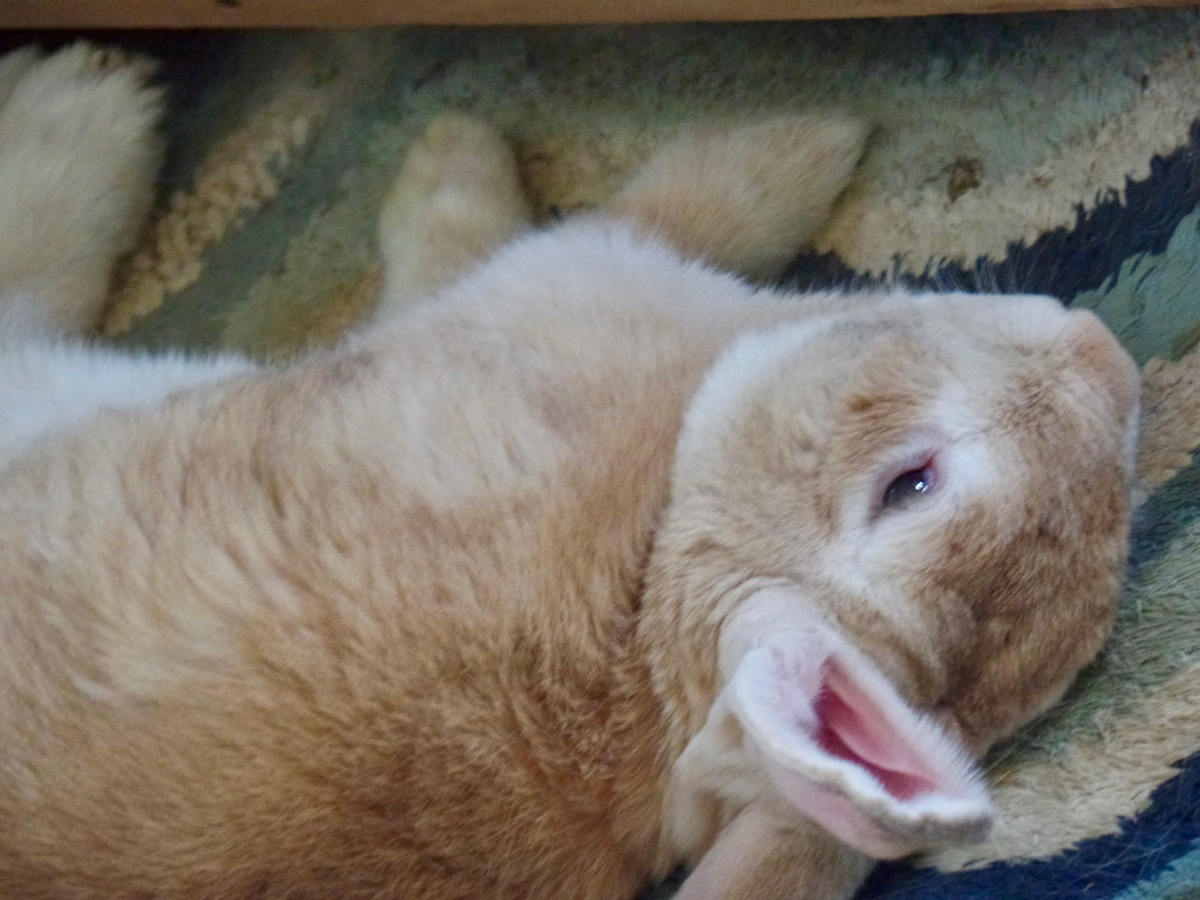 Now for some rabbit pictures. Here's Sunshine doing what she does best: being cute. 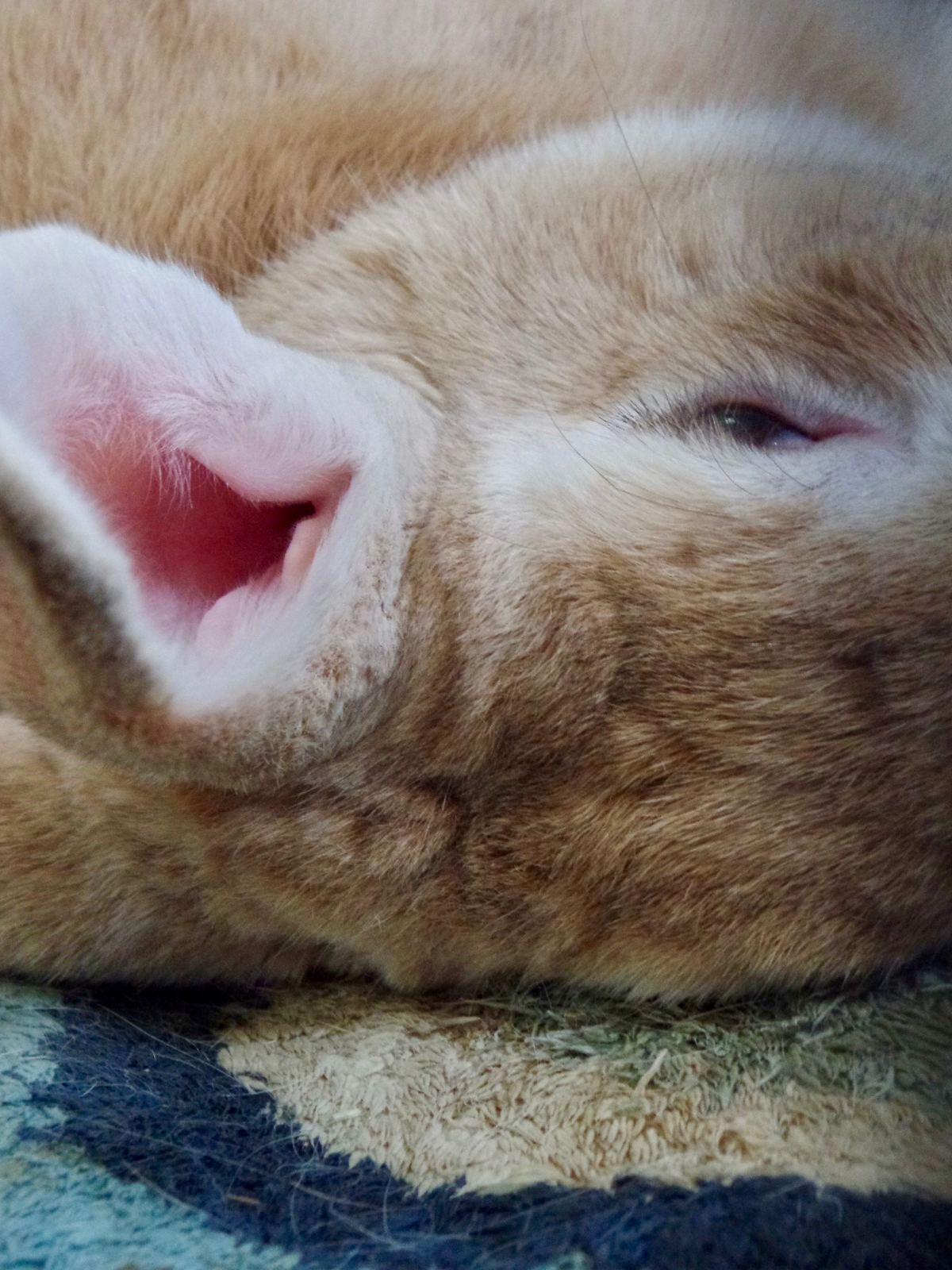 Sunshine catching a glimpse of me through the bars of her pen. 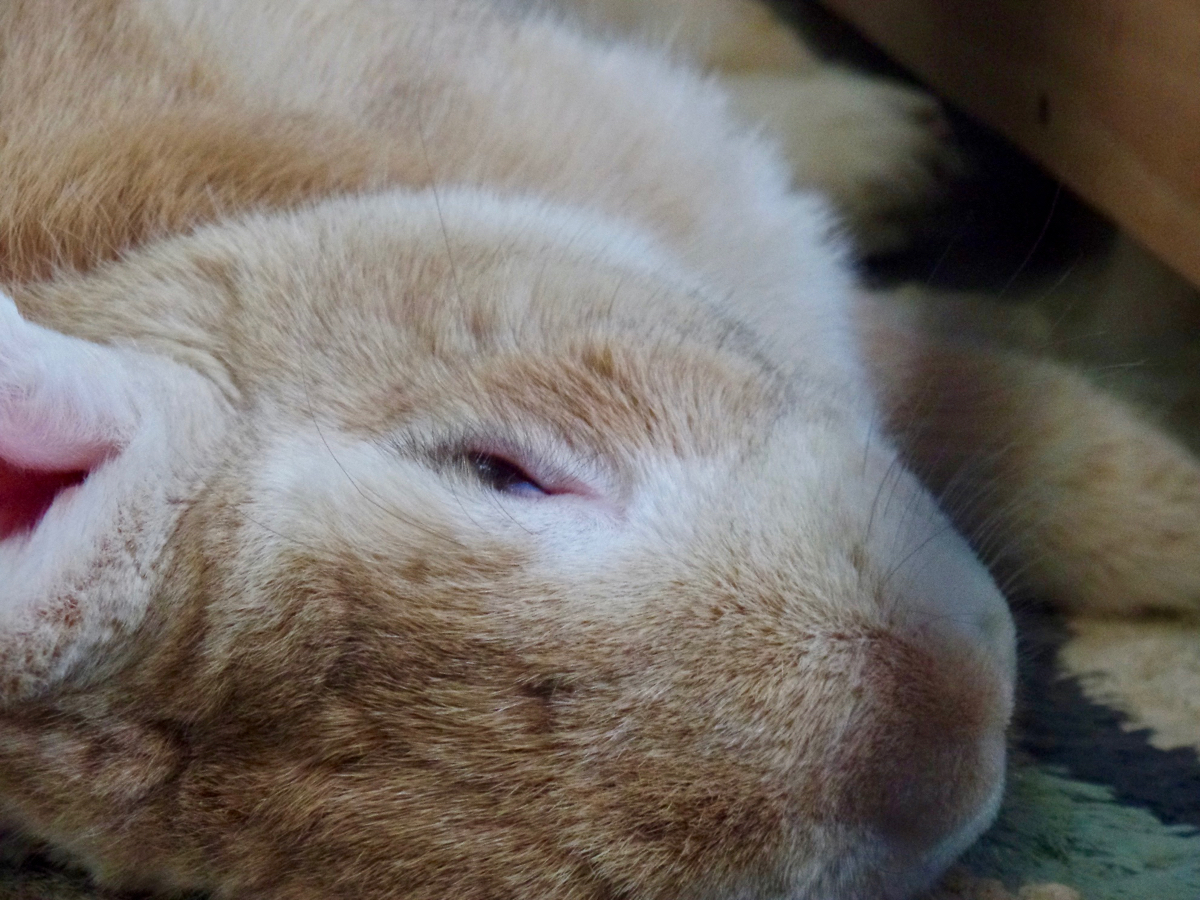 And here's a different view of her face. The shade on the right is the out-of-focus bar of her pen, not its shadow. 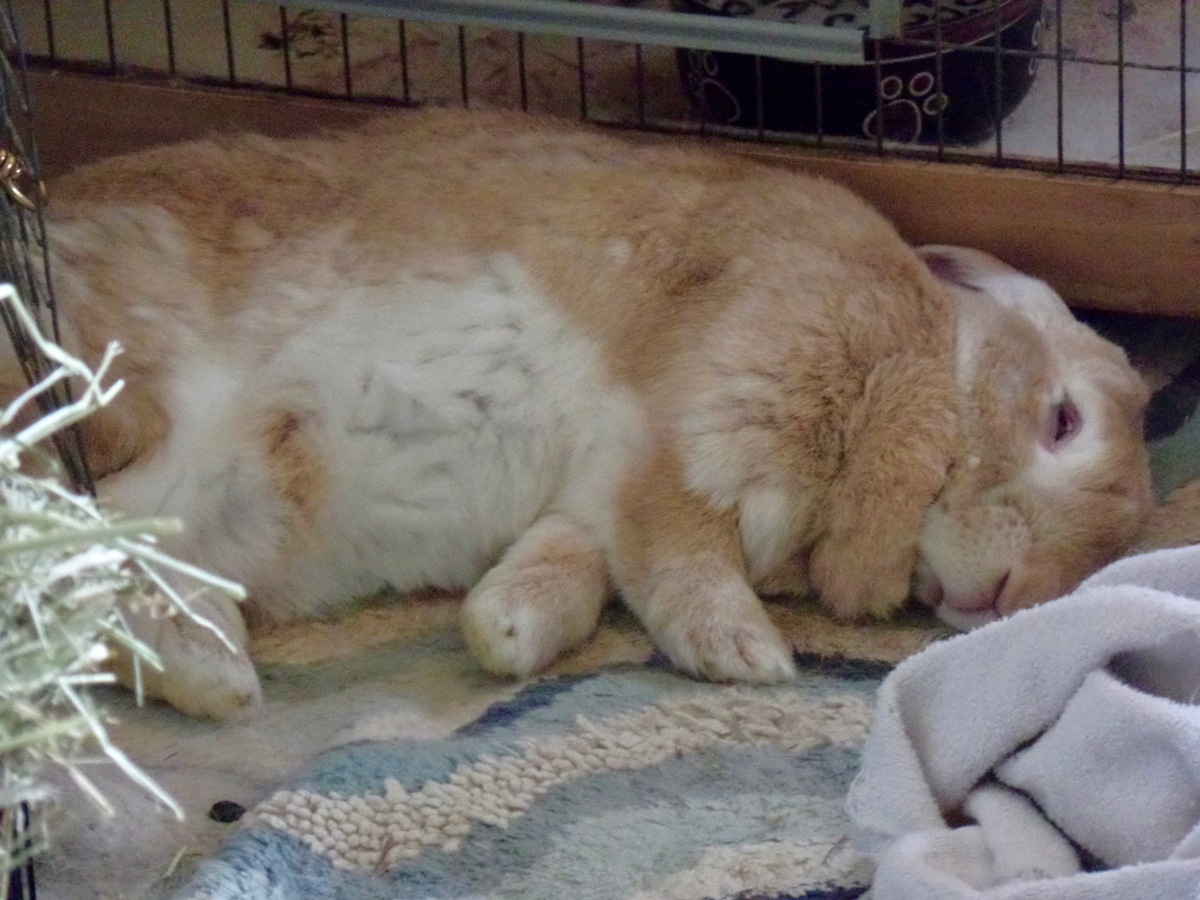 And here she is doing a Dead Bunny Flop, so you see what a solid name this is for the pose. 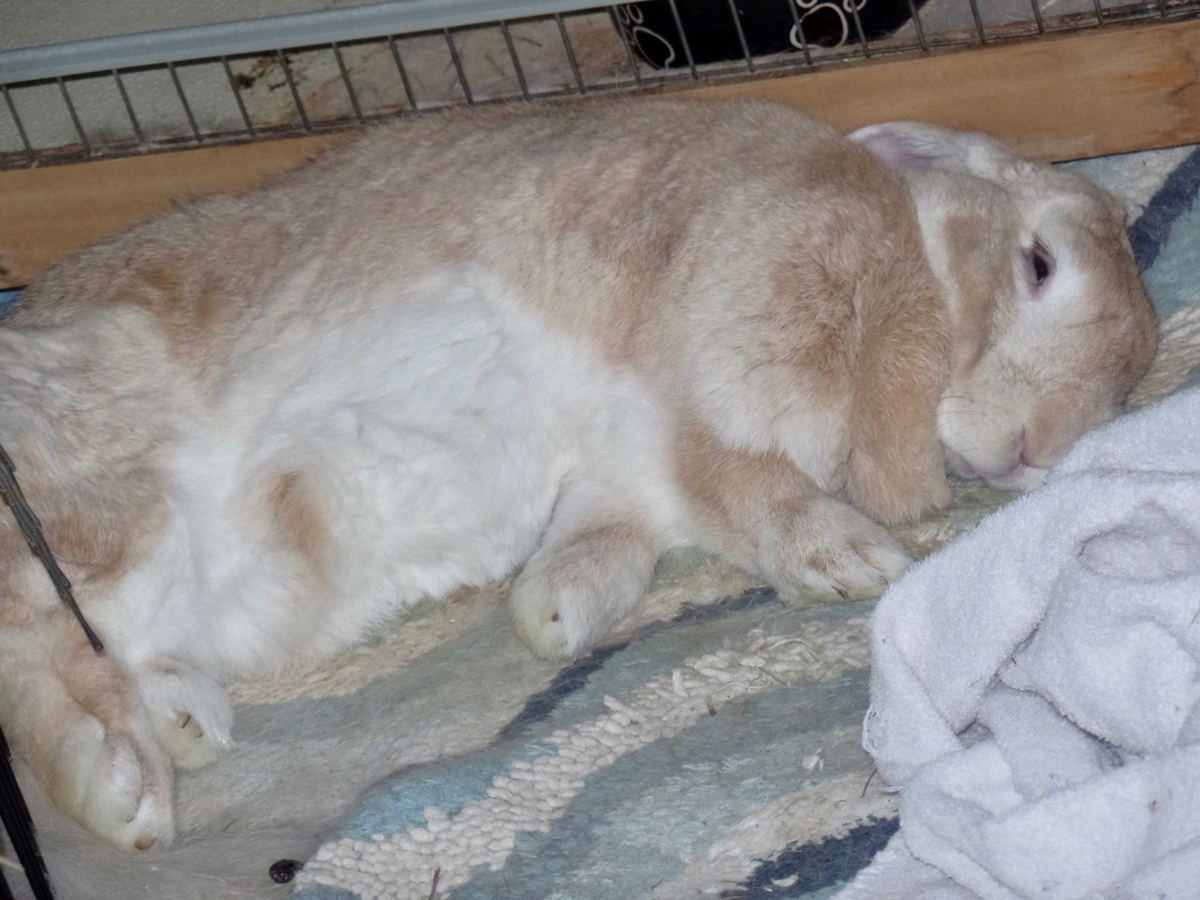 More of the Dead Bunny Flop but look at that fluffy white belly!

Trivia: In the April 1861 gathering of Confederate railroad executives at then-capital Montgomery, Alabama, the committee resolved to carry soldier at a fare of two cents per mile, and that military freight would be charged ``half the regular local rates'', with roads to take payment in bonds or treasury notes at par if ordinary currency were not available, all to go into effect the 1st of May that year. Source: The Railroads of the Confederacy, Robert C Black III.

Currently Reading: The Thurber Carnival, James Thurber. Boy, he compares a lot of daydreams or fantastic visions to Oz, at least when you read a selection across the decades all at once like this. Also, though less often, to Wonderland.