Sunshine is dangerously near the last of the drops of ketorolac, the painkiller meant to keep her big cataract from distressing her. Distressing us is that she's due to visit the Animal Ophthalmology Center this Thursday, for her checkup. If we didn't have that coming up in two days it'd be no bother to drive over there for a refill; now, though, it feels absurd to waste the driving time.

But we called the center and they thought it would be no big deal if she were to go one or two days without eyedrops. It wouldn't mess up the measurement of her cataract, is the most important thing. So if all goes well there's four more drops in her bottle and this all will have been wasted worry. Otherwise, she'll have a couple days of being let out of her pen to run into

bunny_hugger's lap and get the pantomime of an eyedrop. (We don't want to discourage her habit, especially since it's only recently that she's gotten back into resting across our laps for eyedrops.)

I expect this represents a lack of reporting over the long weekend, but Ingham County's infection rate (per CovidActNow.org) dropped to 4.1 per 100,000 per day, with a running-average infection rate of 0.59 (and a one-day rate of 0.43). Those are numbers so good I want to believe in them.

Continuing now our march to the present; here's more of May 2021. 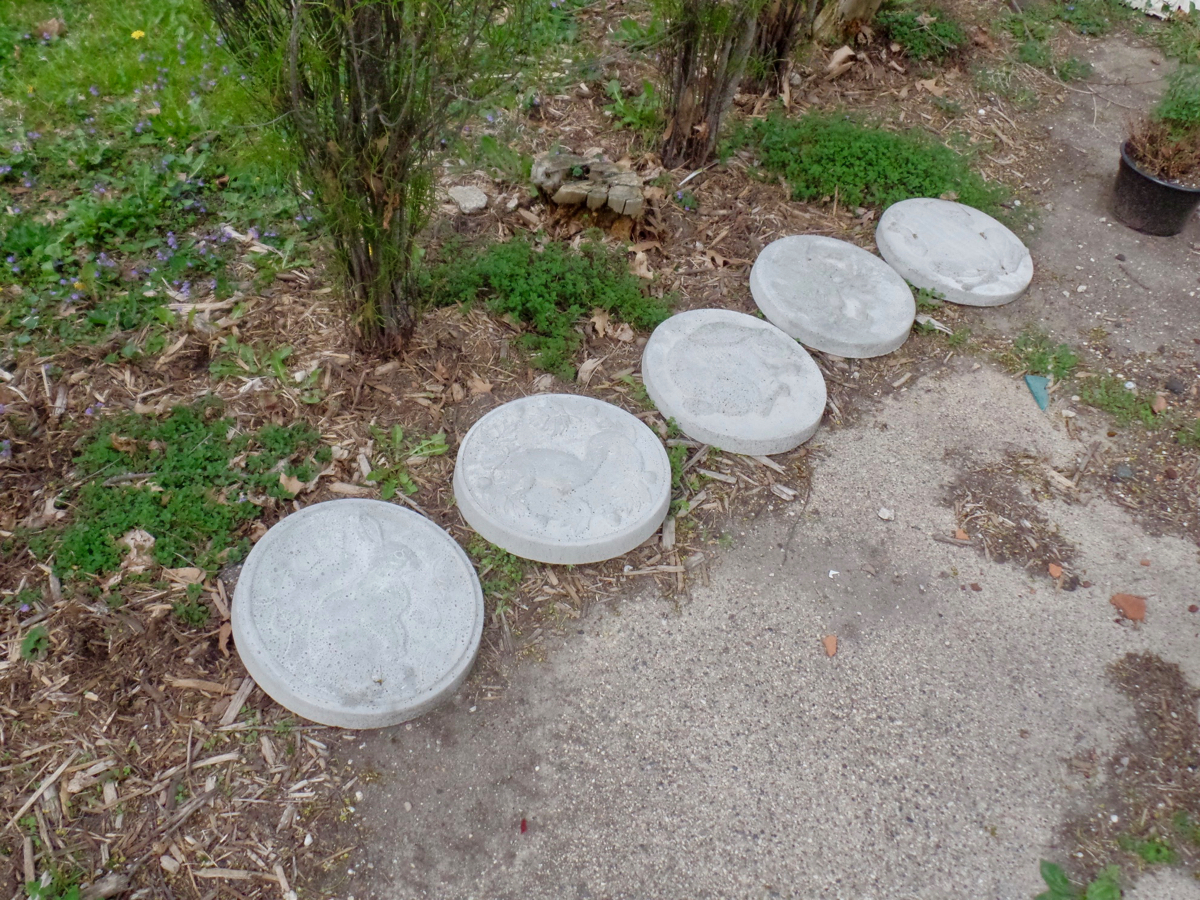 bunny_hugger's father poured, and gave to us, some new concrete walking stones to set in the backyard. These have patterns of rabbits and squirrels and frogs. Though they're quite fine he was upset that they have bubbles on their surfaces and cast a new bunch that he gave us a couple weeks later. Also, her father has the equipment to cast concrete walking stones. 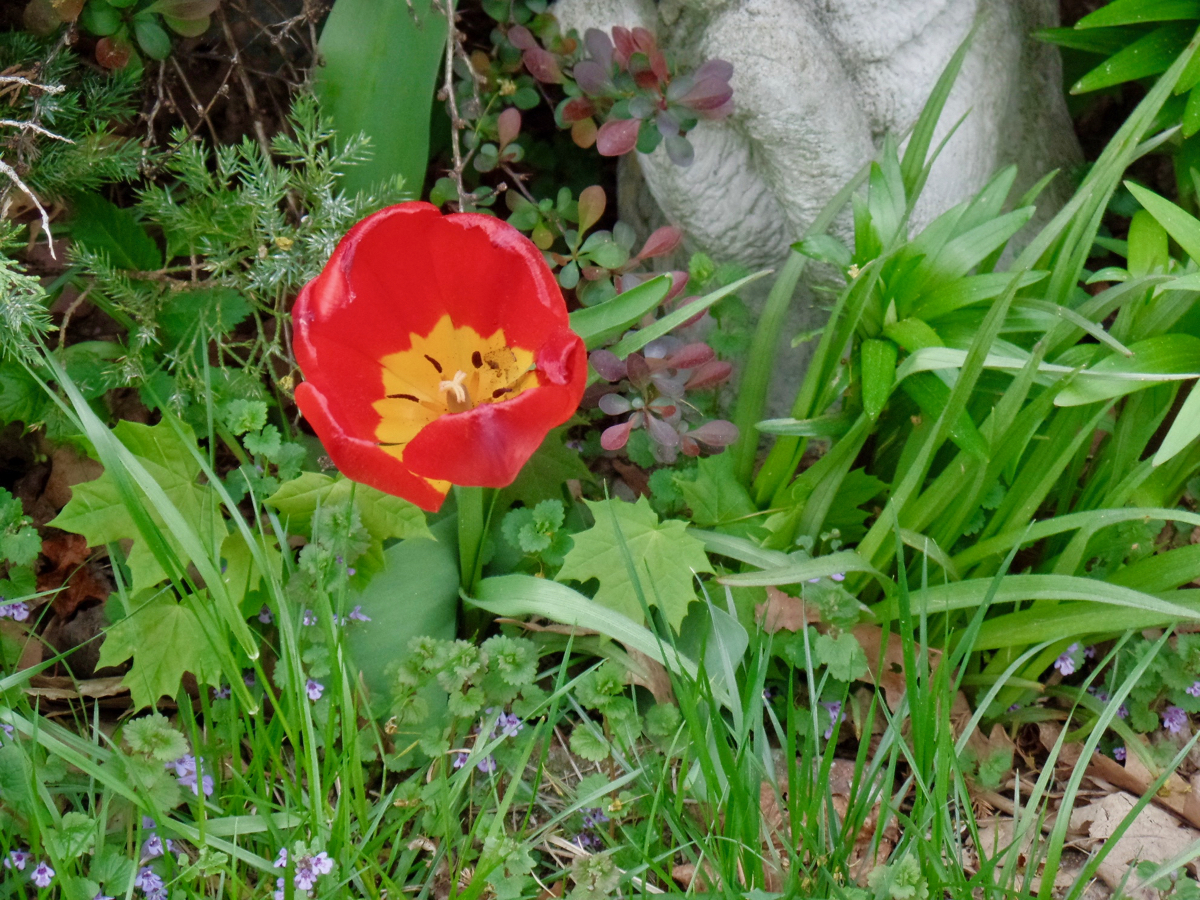 In our front yard, the rabbit statue disappears into its summertime foliage. 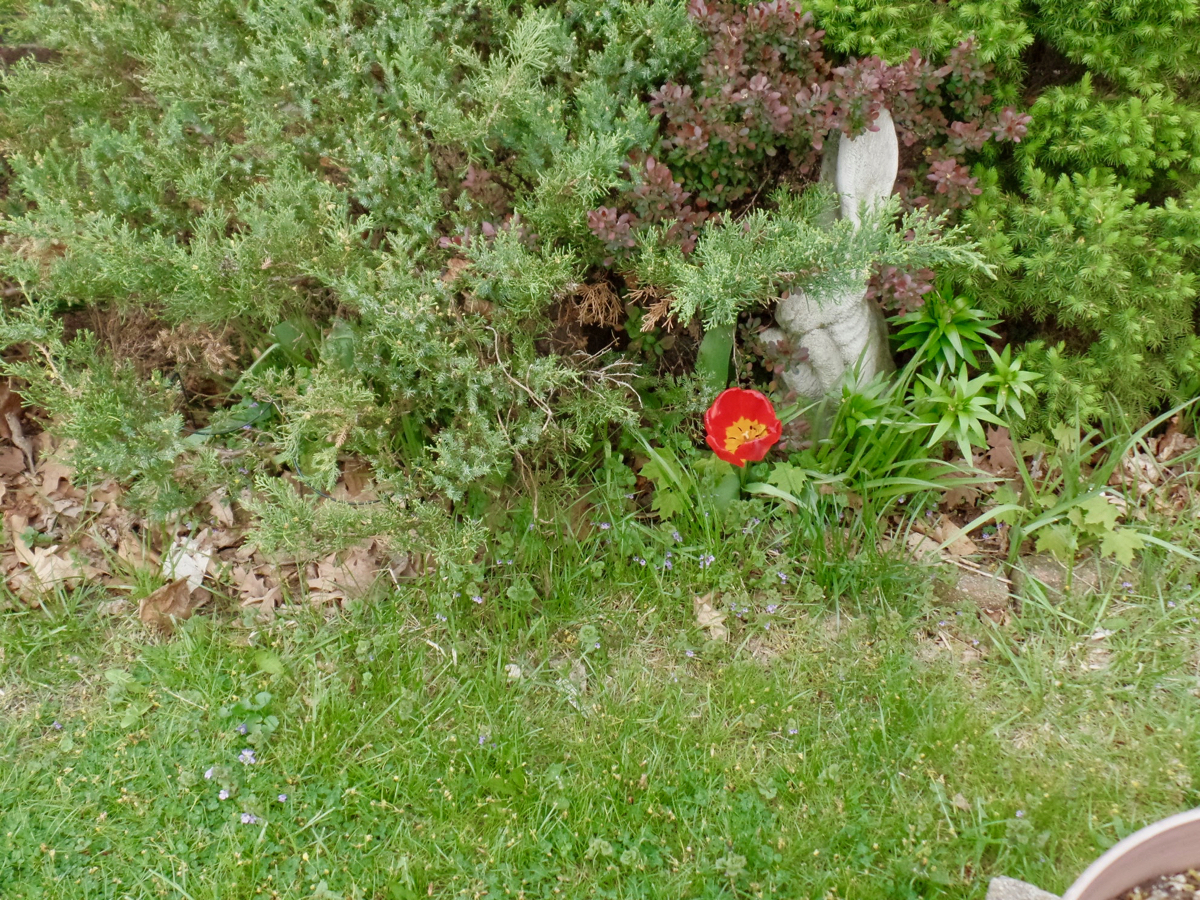 Also, another tulip! I don't think we set the statue down so it could watch over the flower like this but it's turned out great. 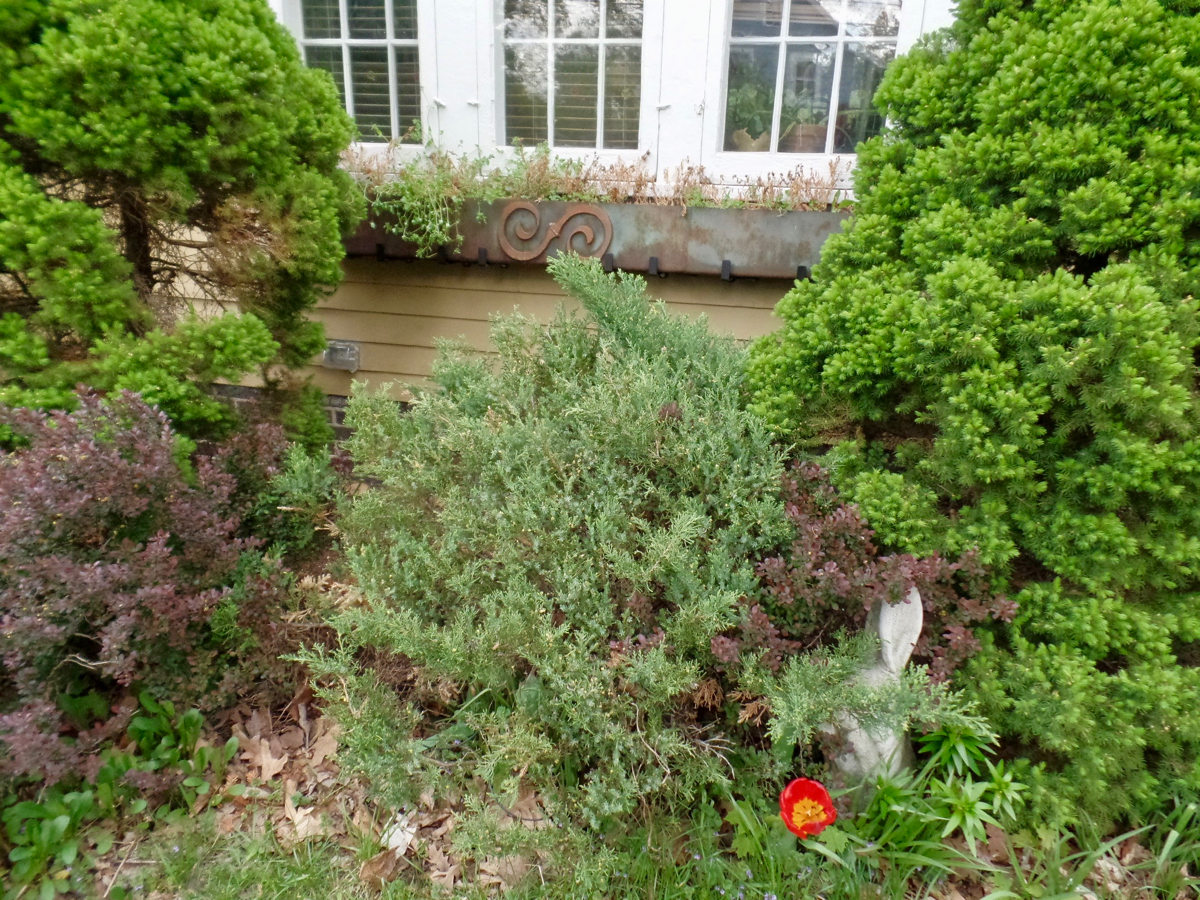 The front window box, with snapdragons getting back together, and the rabbit statue disappearing underneath. 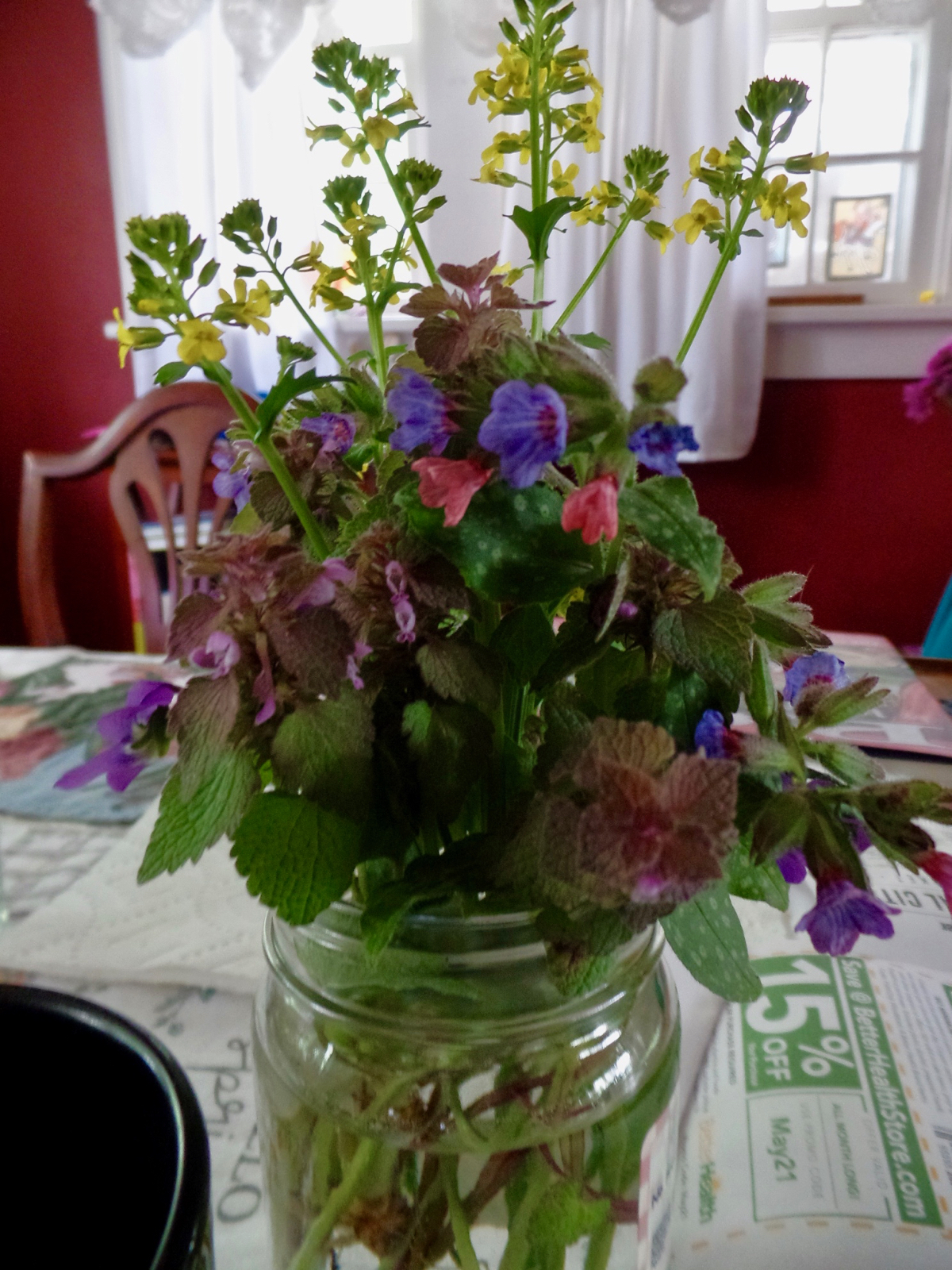 A bouquet of wild flowers

bunny_hugger picked for May Day. 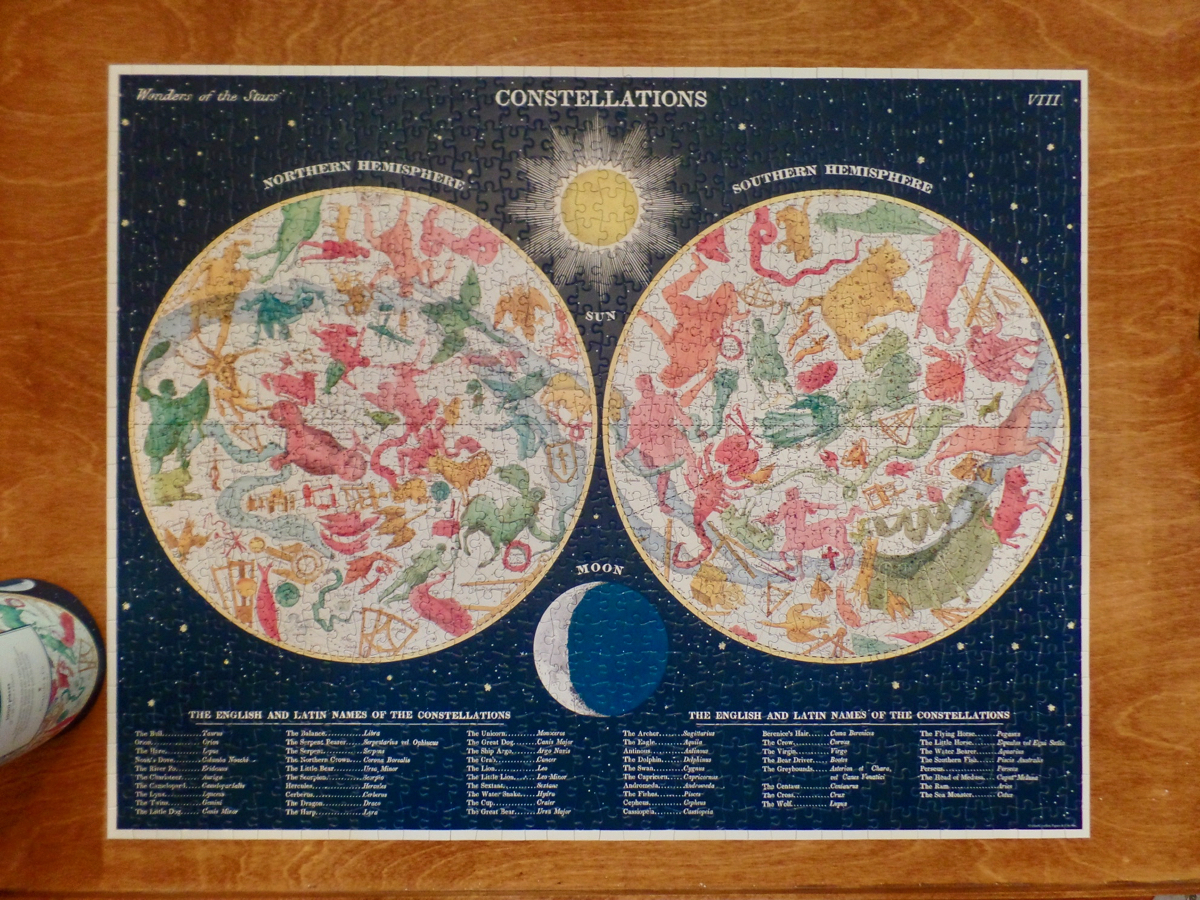 A constellations jigsaw puzzle that I gave

bunny_hugger for Christmas. The idea was great, although there were some drawbacks to how it was made. She reviews the puzzle here. Those headers about Northern and Southern Hemisphere are wrong in a weird way. 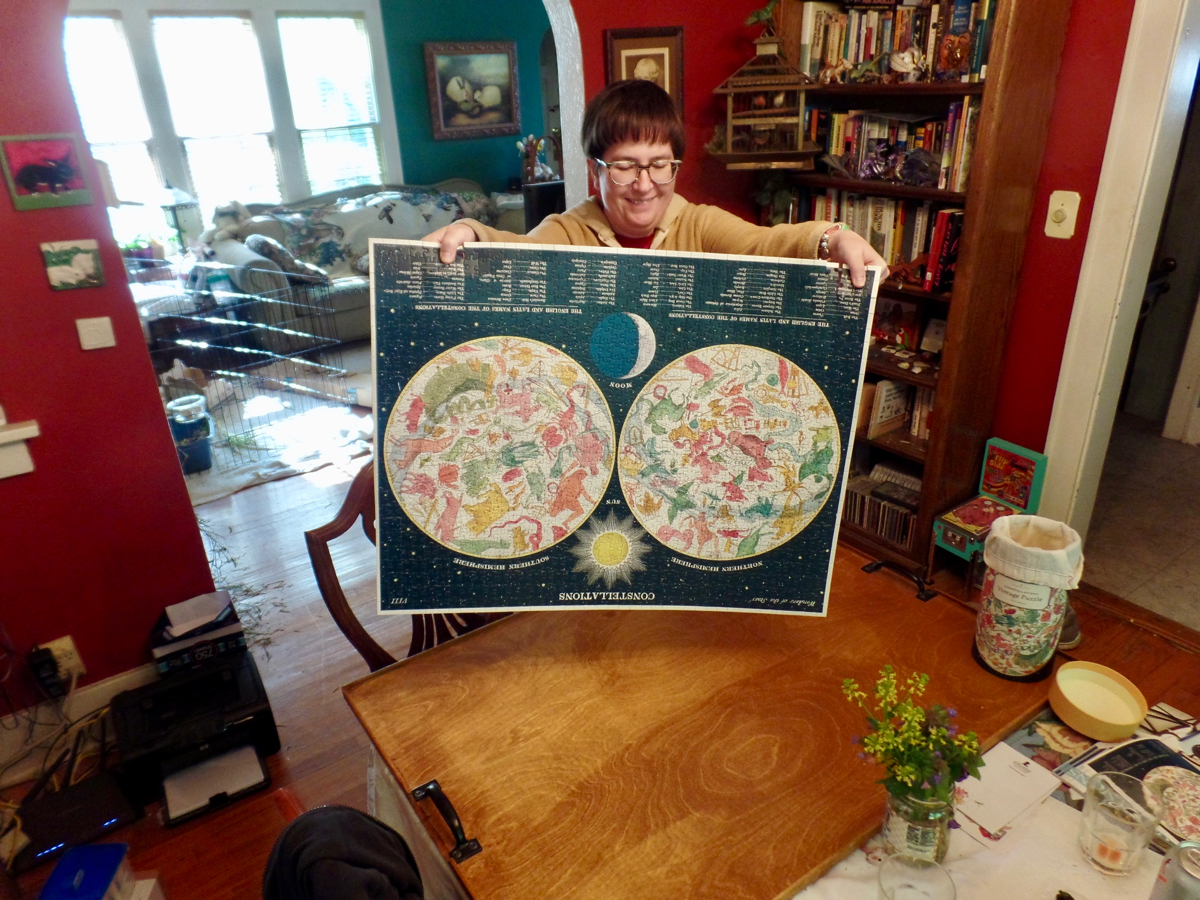 Still, the puzzle's made well enough that you can pick the entire thing up as a single sheet! 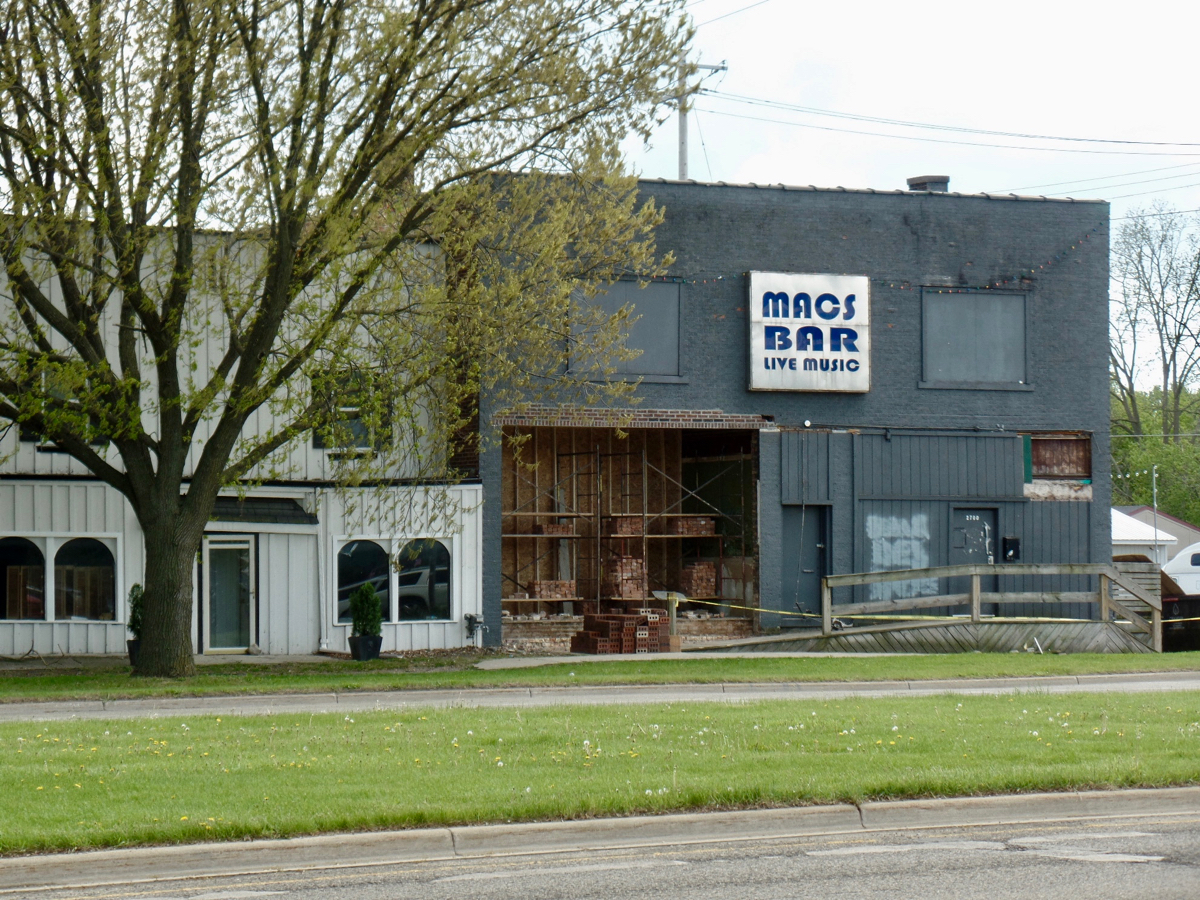 And now some stuff seen walking around. Here, Mac's Bar, being renovated. The building turns out to date to the 1890s and here they cut open space up front for ... I don't know, but they've since bricked that open section back up.

Trivia: The Pepper's Ghost illusion was first used on stage in London's Royal Polytechnic Institution auditorium the 24th of December, 1862, for a dramatic scene in Charles Dickens's ``The Haunted Man''. Source: Hiding The Elephant: How Magicians Invented the Impossible and Learned to Disappear, Jim Steinmeyer.

Currently Reading: The Year We Had No President, Richard Hansen. Early-60s book about the inadequate provisions that had been made for Presidential disability or incapacity in the United States constitutional settlement. Fordham University is glad to let you download it gratis, too, for all you fans of chain-of-succession studies.