The existential threat is drawing very, very near

This was not the week I made good on my threat to drop my mathematics blog to one post a week! If this is not an idle threat, you can find out from my blog's RSS feed, or if you'd rather, from reading posts as announced here:

And now we creep even closer to current. I don't want to alarm you, but I am running out of pictures from May! Anyway, enjoy our rabbit some. 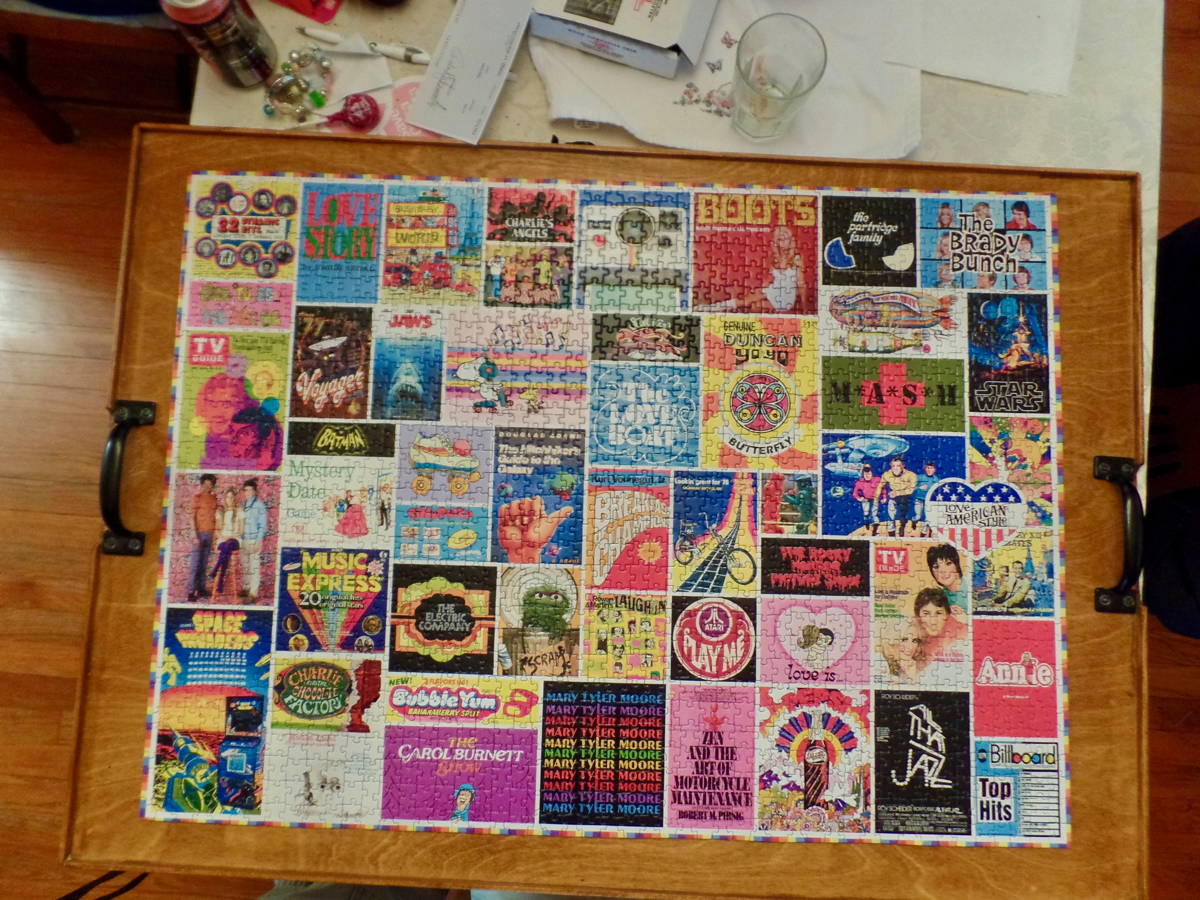 For her next puzzle 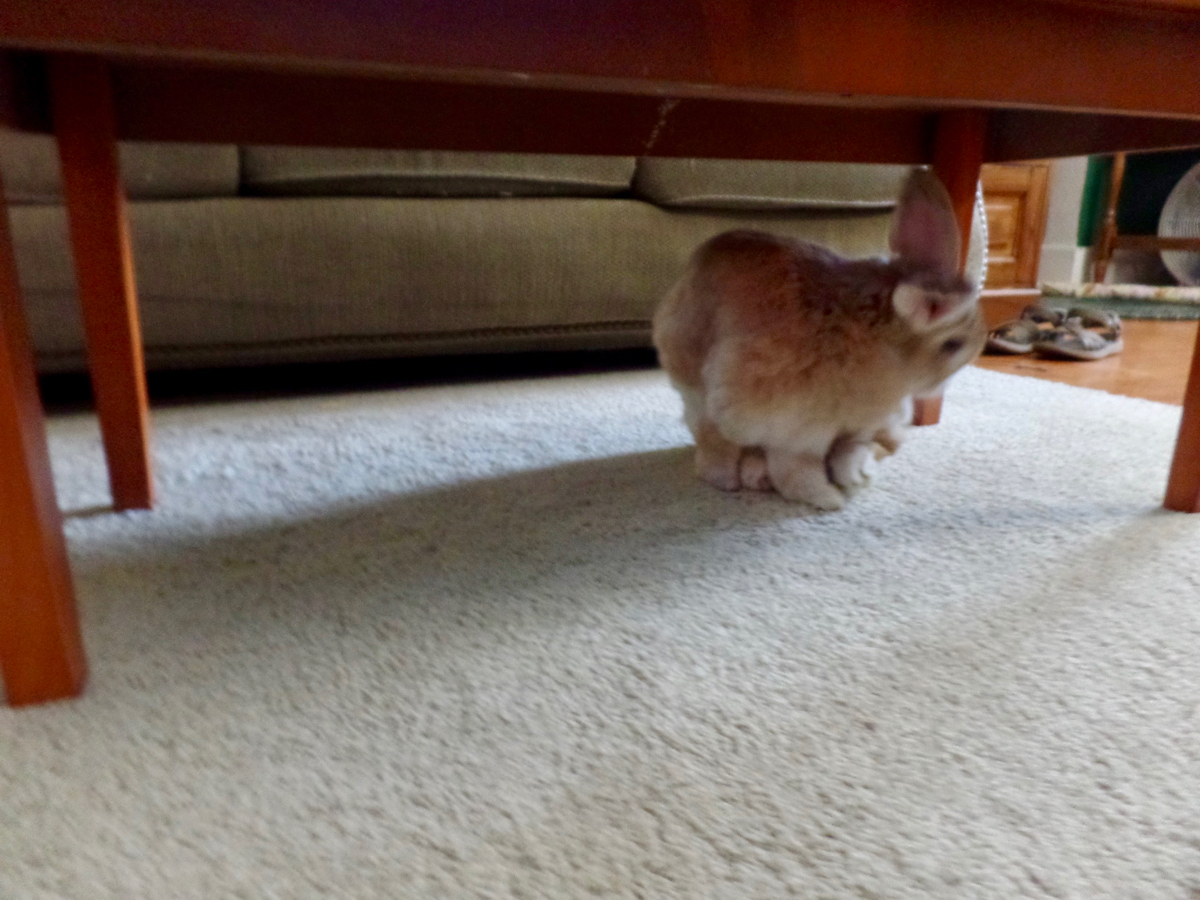 How about a bit of Sunshine, here doing some grooming underneath the coffee table. 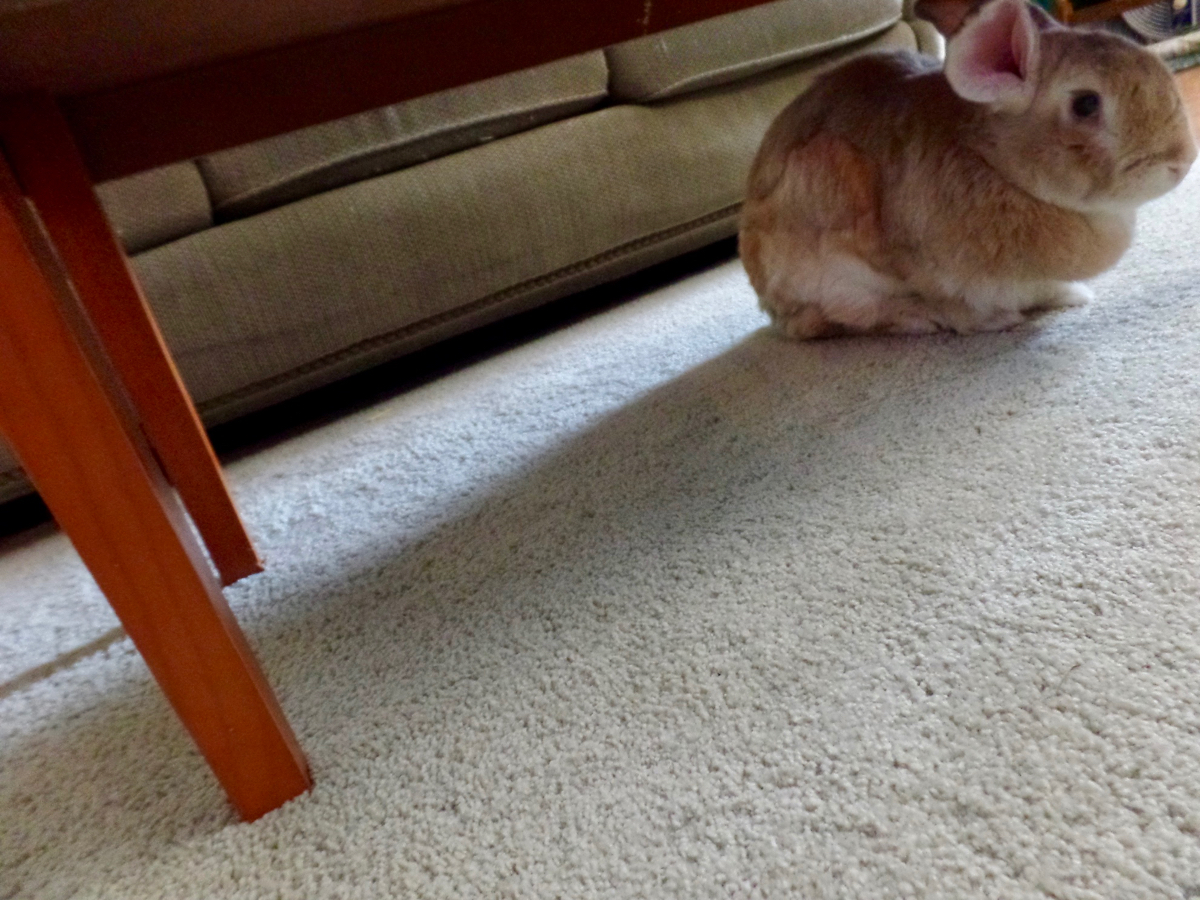 She quite likes being underneath the table. 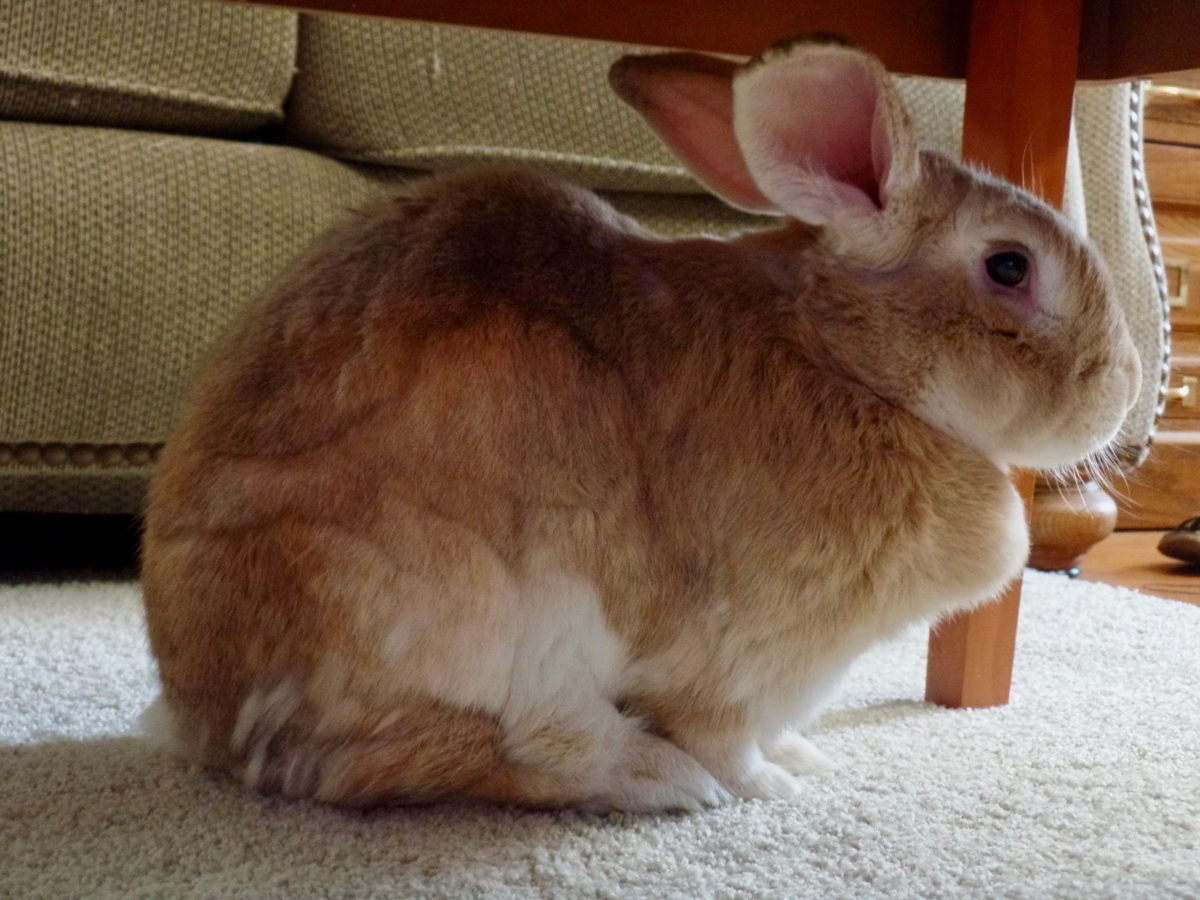 Here she keeps her good eye on me while letting me sneak up on her. 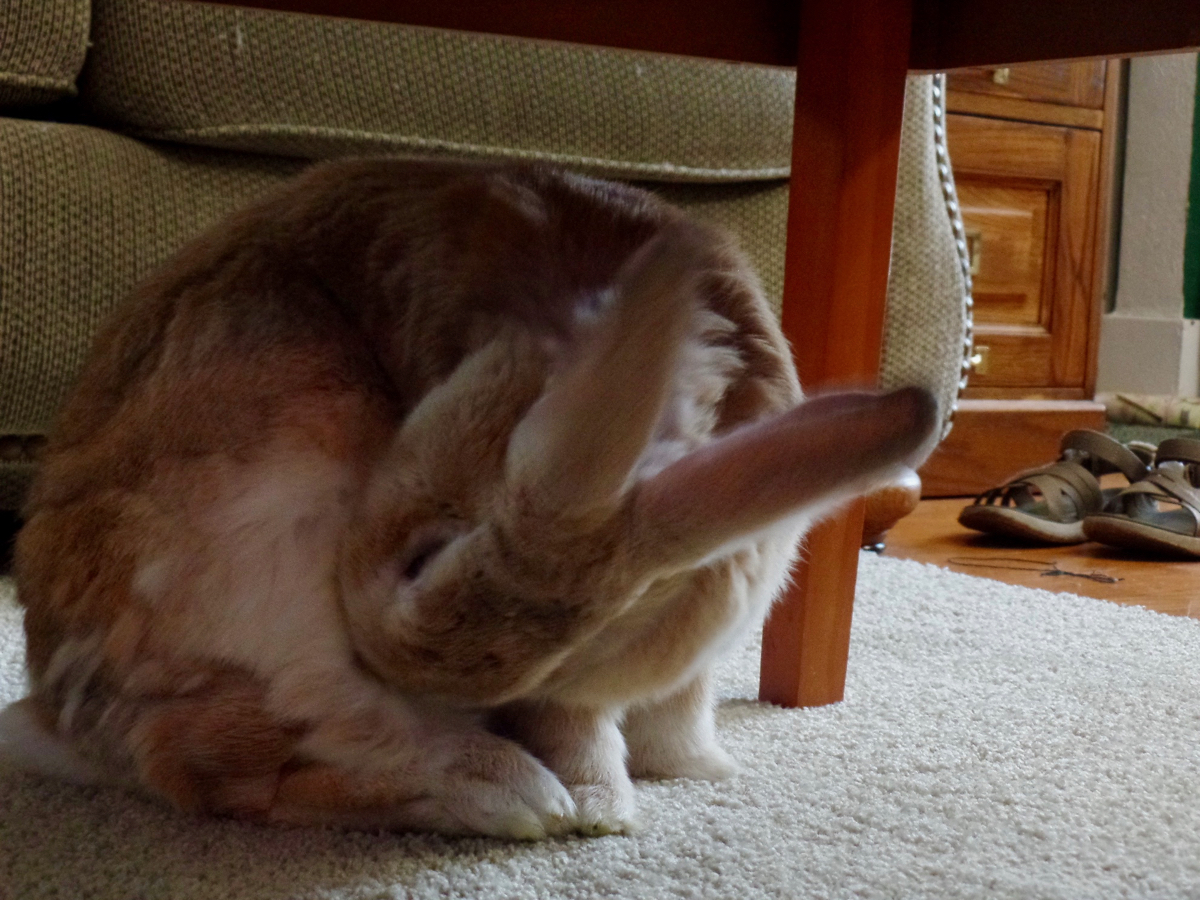 She does a quick bit of grooming while I watch. 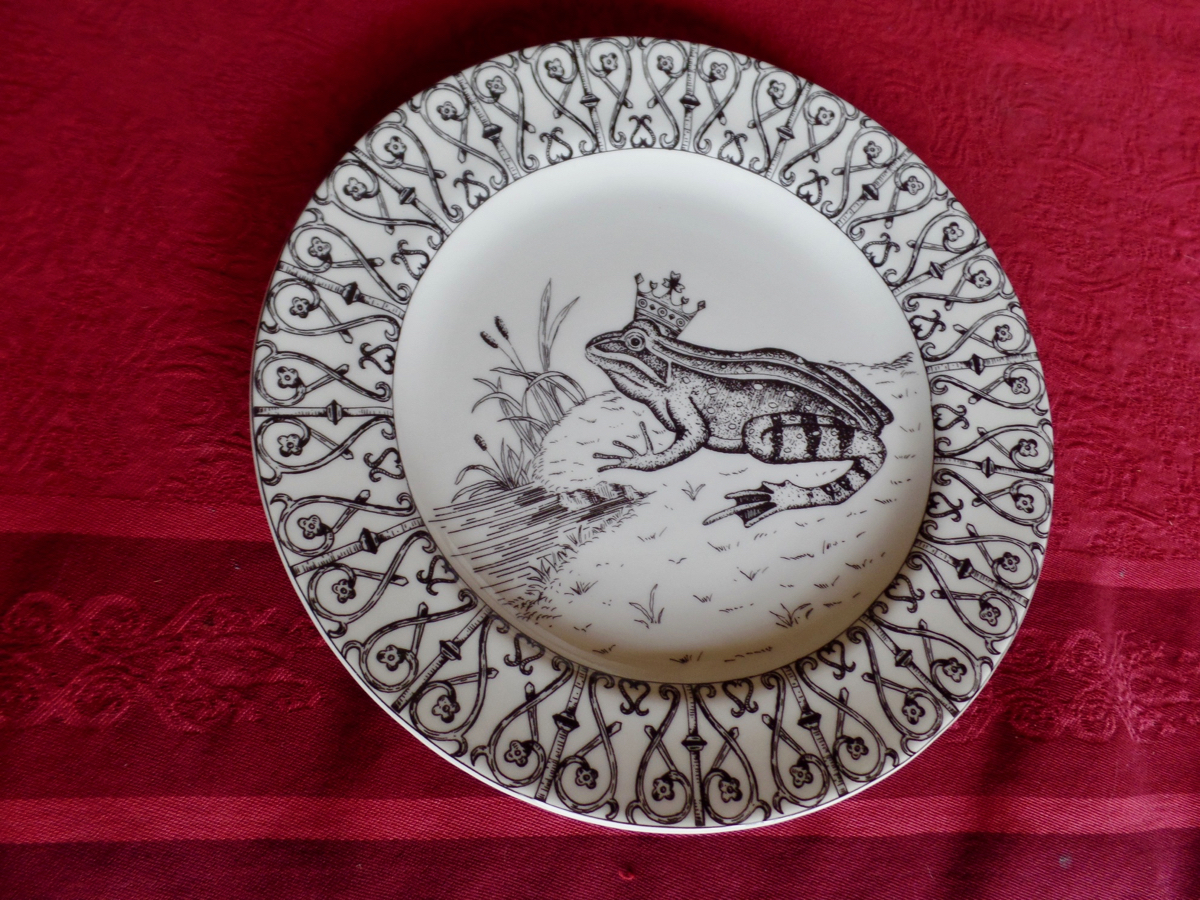 bunny_hugger's parents. They gave us these plates so we could eat too many chips and cookies and stuff before dinner. 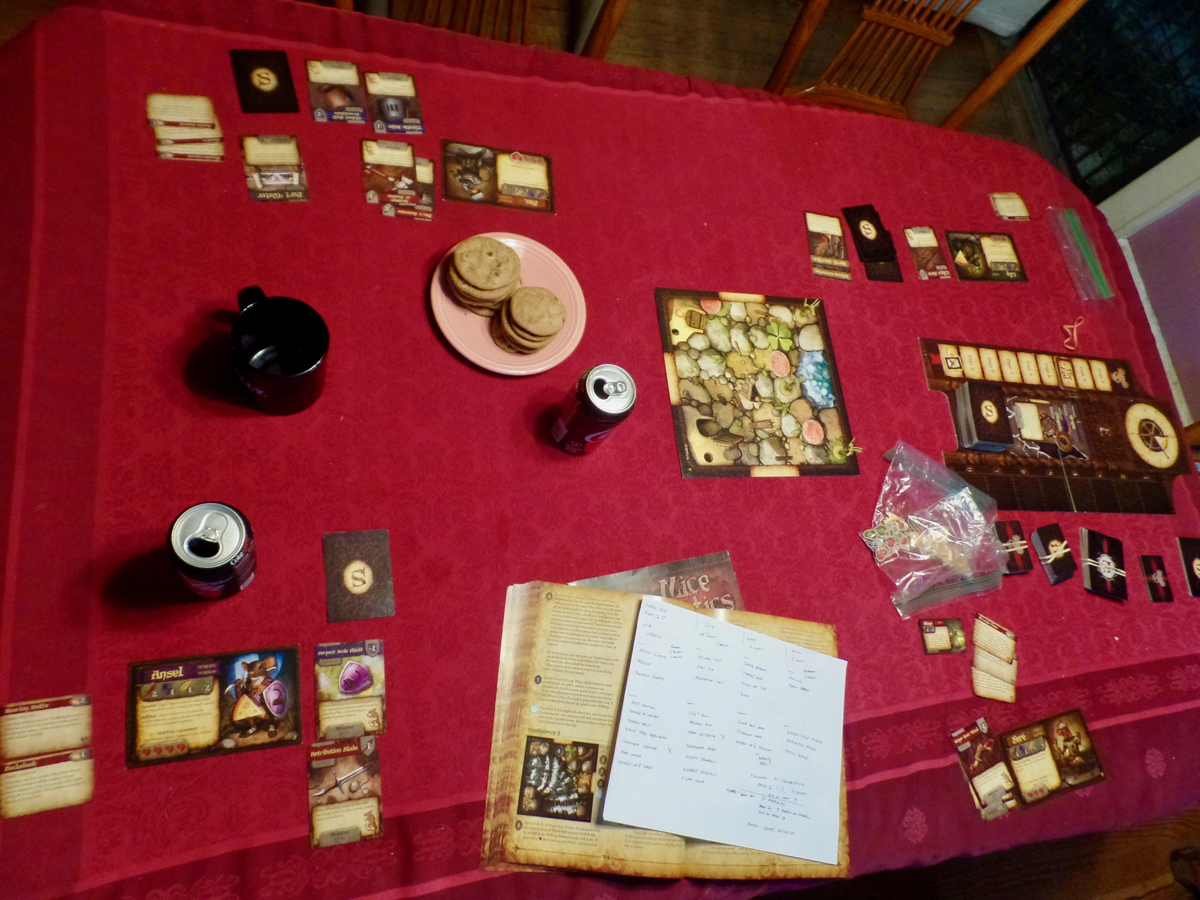 Setting up the Mice and Mystics adventure after dinner. Also: more cookies, the ones 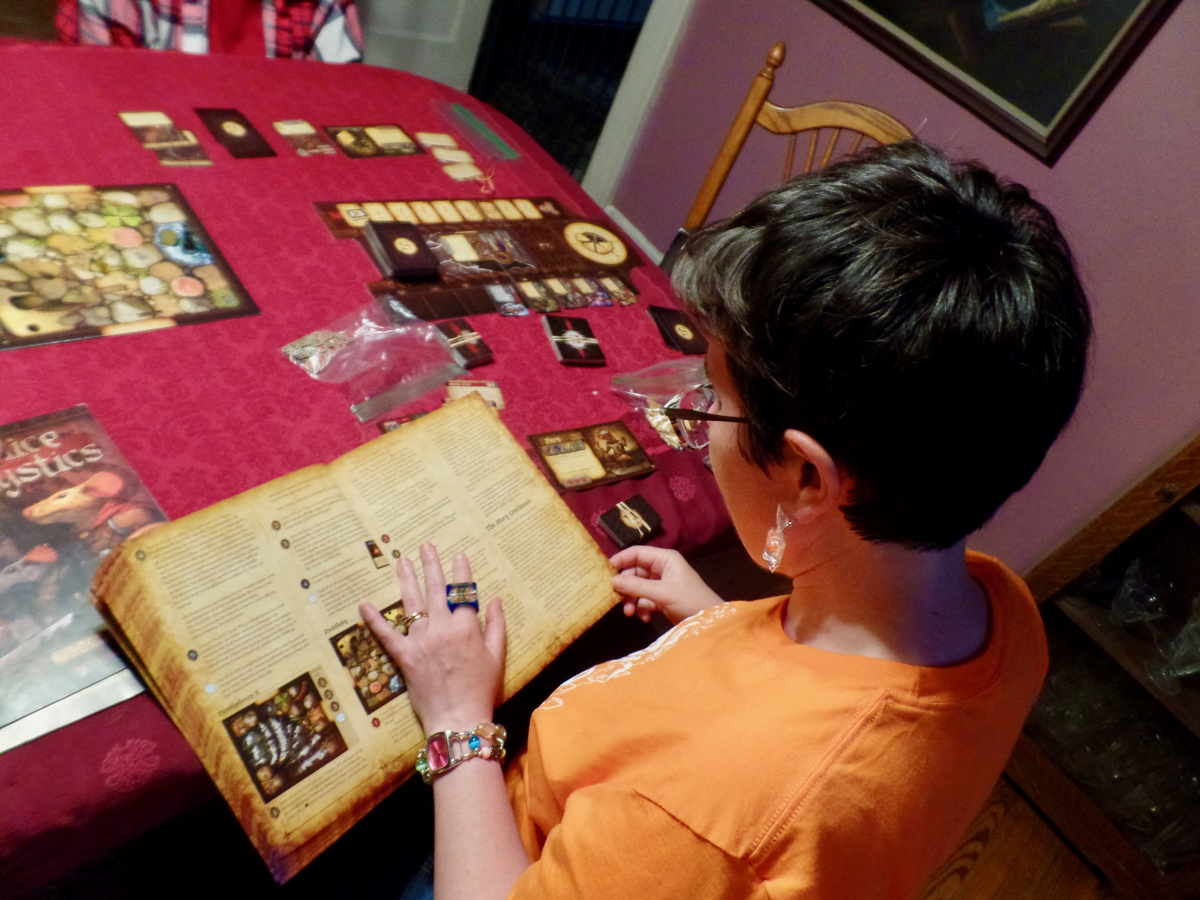 bunny_hugger going over the rules as we get closer to playing. There's just the one game tile out because we had stopped mid-session, very close to the end of the adventure, and we just had the one tile left to get across.

Trivia: On the 11th of May, 1861, the Confederate Congress passed a bill moving the legislature from Montgomery, Alabama, to Richmond, Virginia. President Jefferson Davis vetoed it, noting that the bill only moved the legislature, not the whole government, and that among other things three members of his cabinet (Secretary of State Robert Toombs, Treasury Secretary Christopher Memminger, and Postmaster-General John Reagan) were also in the Congress, and could hardly do jobs in both Richmond and Montgomery simultaneously. Source: Look Away! A History of the Confederate States of America, William C Davis.

Currently Reading: The Year We Had No President, Richard Hansen. So among the appendices is an essay by one Henry E Davis, Inability of the President, a study of just what the Constitution implies about handling presidential disability or inability. It was written in 1881 (though unpublished until 1918). And that's all fine, but it's amazing that Davis has this fanboyish trust that every single word of the Constitution was selected with the utmost logical precision, so that the subtlest variations in word choice between resolutions and final draft reflect deep and hotly debated decisions rather than, like, Gouverneur Morris dropped a line and nobody wanted to rewrite the whole page. Was he not aware the Convention spent 95% of its time arguing about whether the legislature would be by-population or equal-by-state, 4% figuring how to get George Washington to make the rest of the decisions, and 1% absolutely everything else? Someone did tell him, right? I know a fanboyish devotion to the perfection of the Constitutional Convention is a part of the American Civil Religion, but how do you get to be a professional historian and not outgrow that? Especially in 1881 when you could meet people who knew Madison and Pinckney and Hamilton and Jefferson and all?