Don't you forget about me

We've got most of the goldfish moved out. We started Thursday, when we realized that both of us had thought the other had some reason not to put the fish out right away. It's wonderful sharing your life with someone you don't need to explain yourself to, but it's also good to toss a couple words out there now and then.

As I write this we have 18 of the 23 surviving adult fish out, and six of the ten small fish from the nursery tank. It's possible more of the small fish came out. The smallest ones like to hang out in the hornwort, a nice green garland on the water surface. I'd moved the fish by getting a five-gallon bucket of water, scooping hornwort into it so we could repopulate the outdoors with plants too. So possibly fry were swept along on the weirdest day of their small lives.

Along we way we learned about our oldest and, we'd thought, least successful minnow trap. This is one that's a rigid metal cage, with a sloping funnel leading in. The design is such that fish are supposed to have no particular trouble swimming in --- they see it just as a narrowing channel, nothing too peculiar --- but not be able to spot how to swim out. They have to go through the open center, yes, but their eyes on the sides of their heads just don't see where that is. Well, it turns out we have at least one fish who understands this perfectly, as we saw them inside the trap in the evening, then out the next day. Then in again, when we were getting ready to gather the day's catch up, and then out again when we had turned away for a moment.

So, now we know why the fabric mesh traps work better. These have the same principle, but the soft netting actually closes, in a way that fish can easily glide into but can't escape without a confederate outside. (Or, must admit, if the fabric's losing a bit of its elasticity.) We'll be relying on those more.

One of the tanks with adult fish is now completely empty, although we're leaving the filter running a while to see if any baby fish are on their way. The other adult-fish tank has a few holdouts who've refused to move.

How about a little more sniffing around town? Getting back towards home, this time. 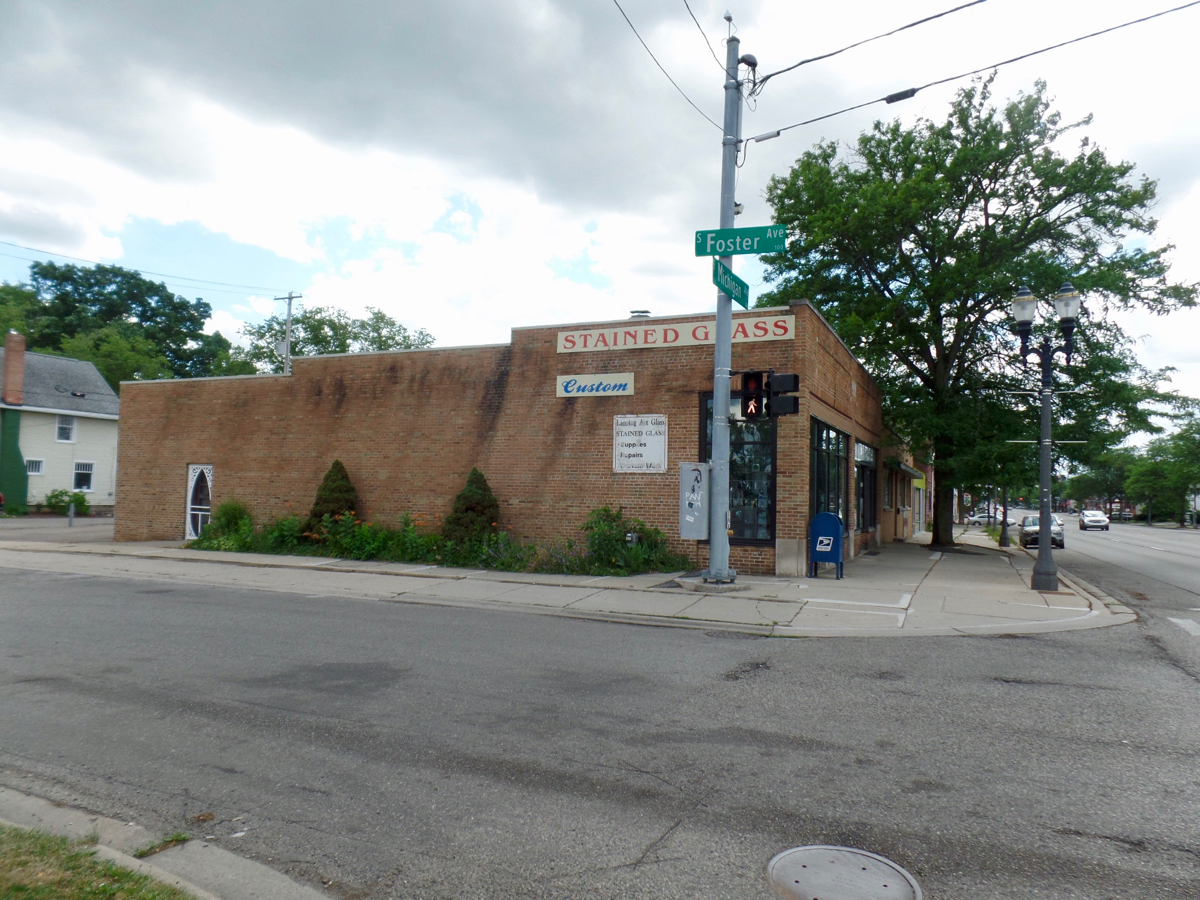 Some more stuff in town. This is a stained glass shop with all sorts of knickknacks that look like great souvenirs and small gifts for people you don't quite know what to buy. Neither

bunny_hugger nor I have ever set foot in it and we're going to feel terrible when it someday closes. 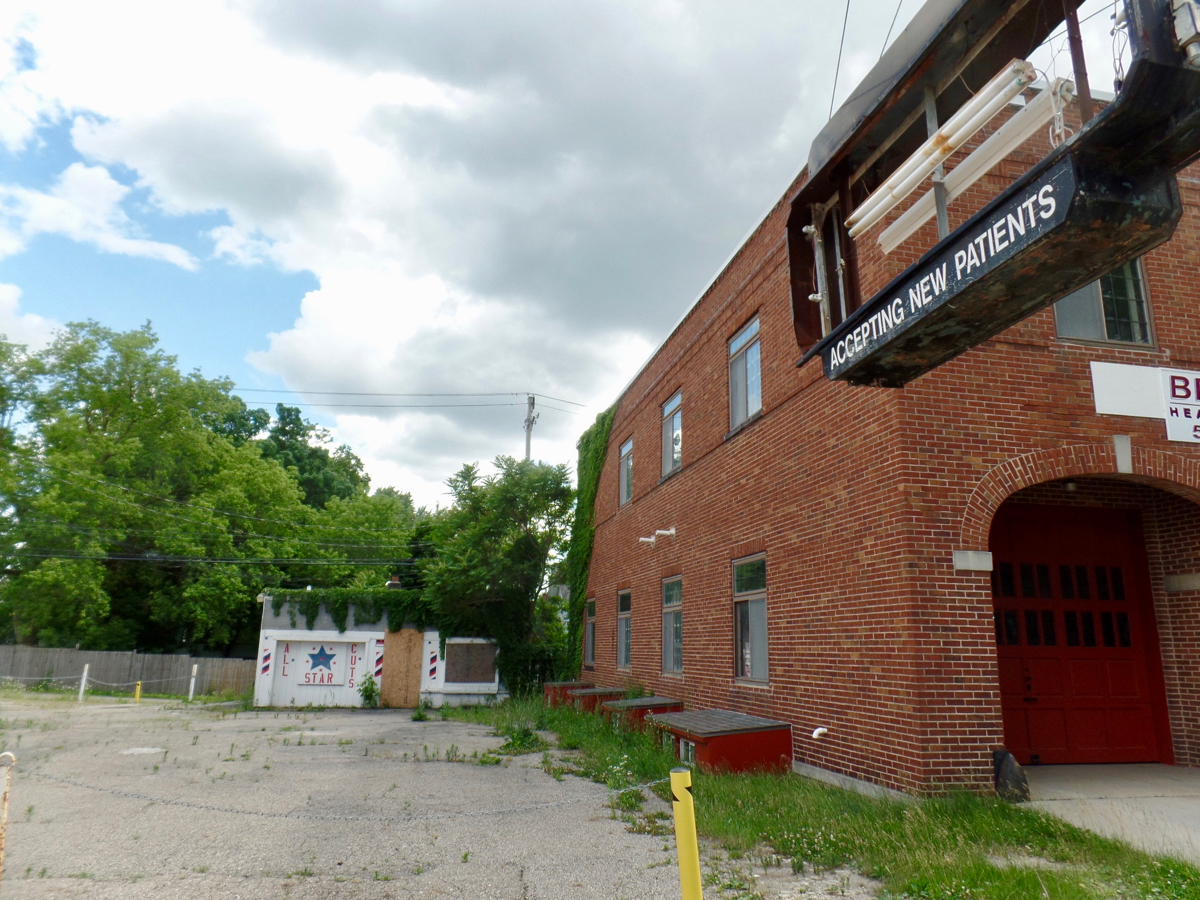 Defunct ``Accepting New Patients'' sign from a long-gone clinic that was running Medicaid scams, and a lot that's now a long-defunct barber shop. The apparent firehouse next to it is a former ... firehouse, yes, but also a former playhouse that's now a heating and aircon supplier. 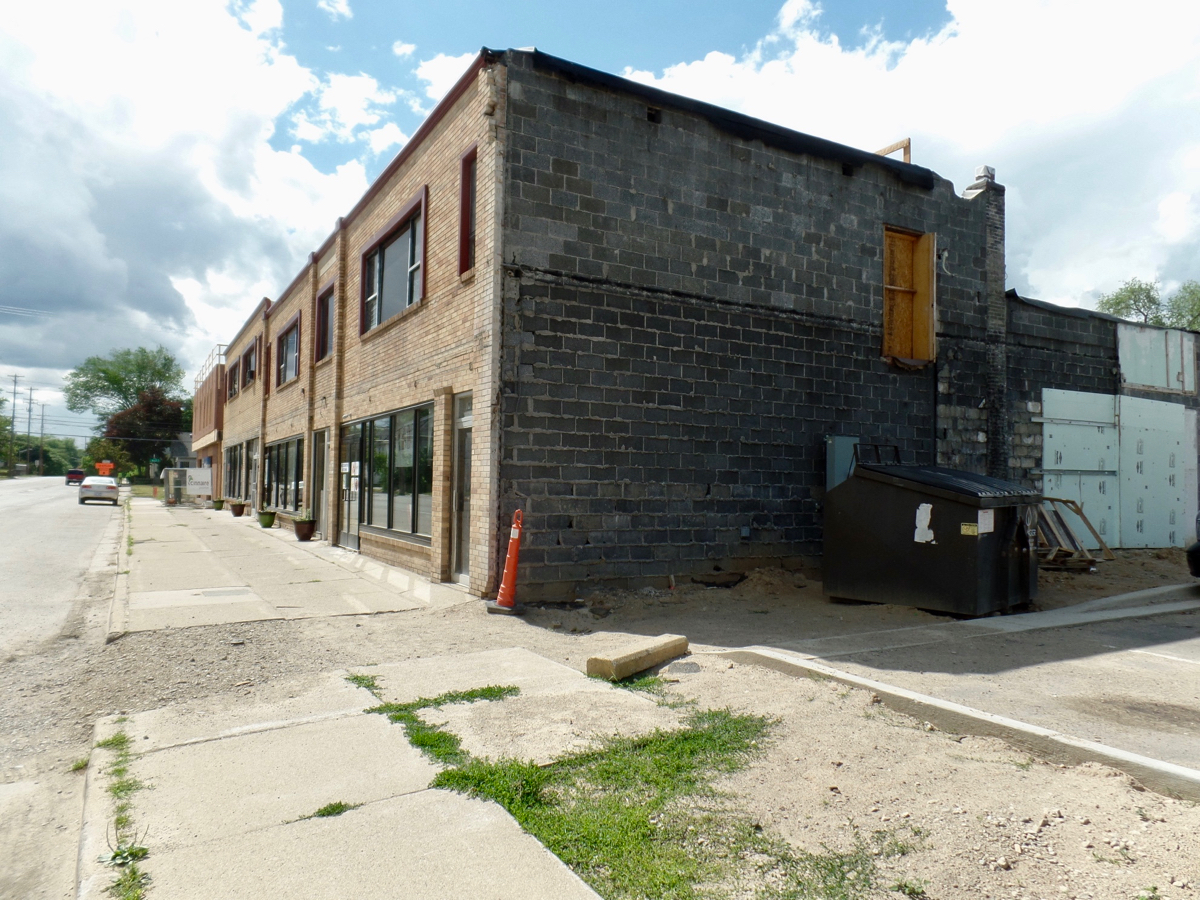 Work progressing at the Allen Street Neighborhood Center. They've still got that door hanging out in the middle of space like that. 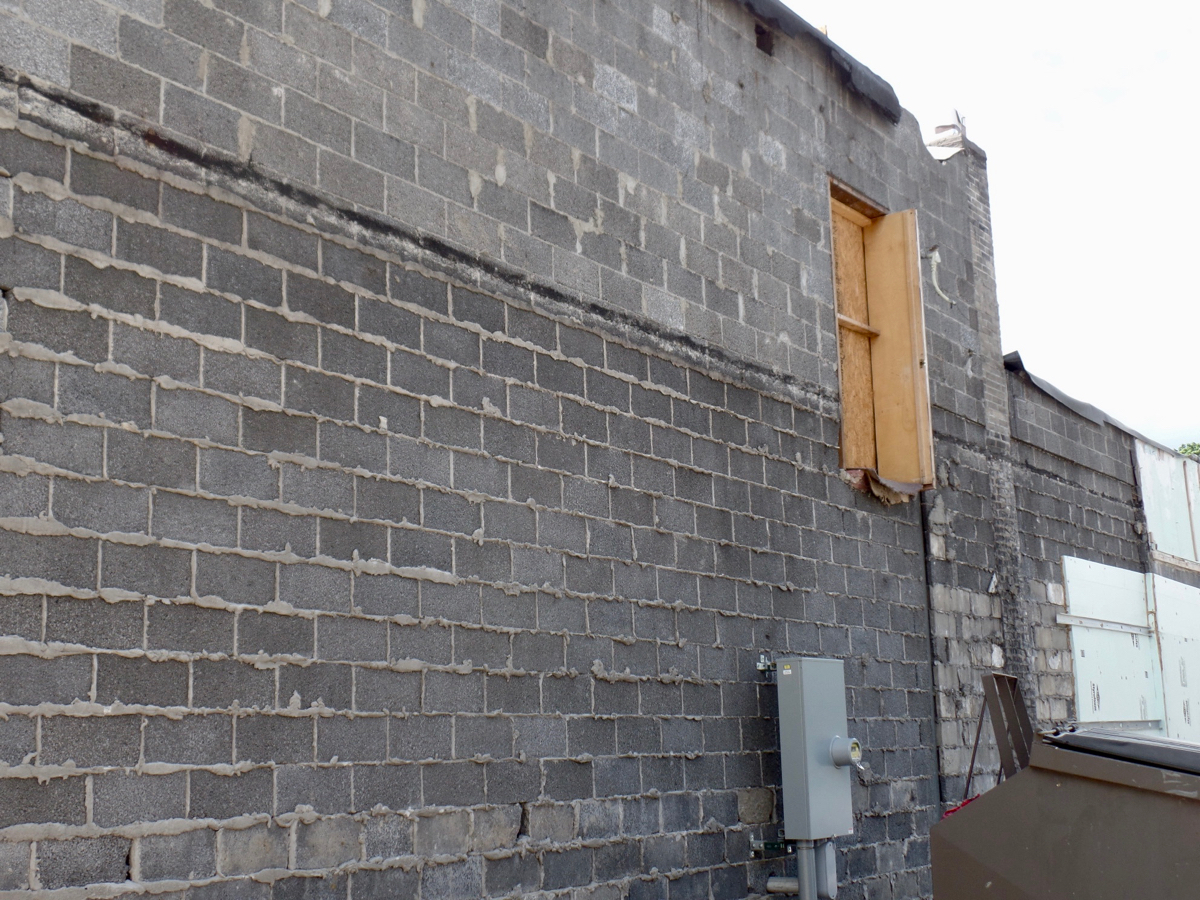 Genuinely curious whether it'll be bricked over or whether the plan is to someday have something for it to open onto again. 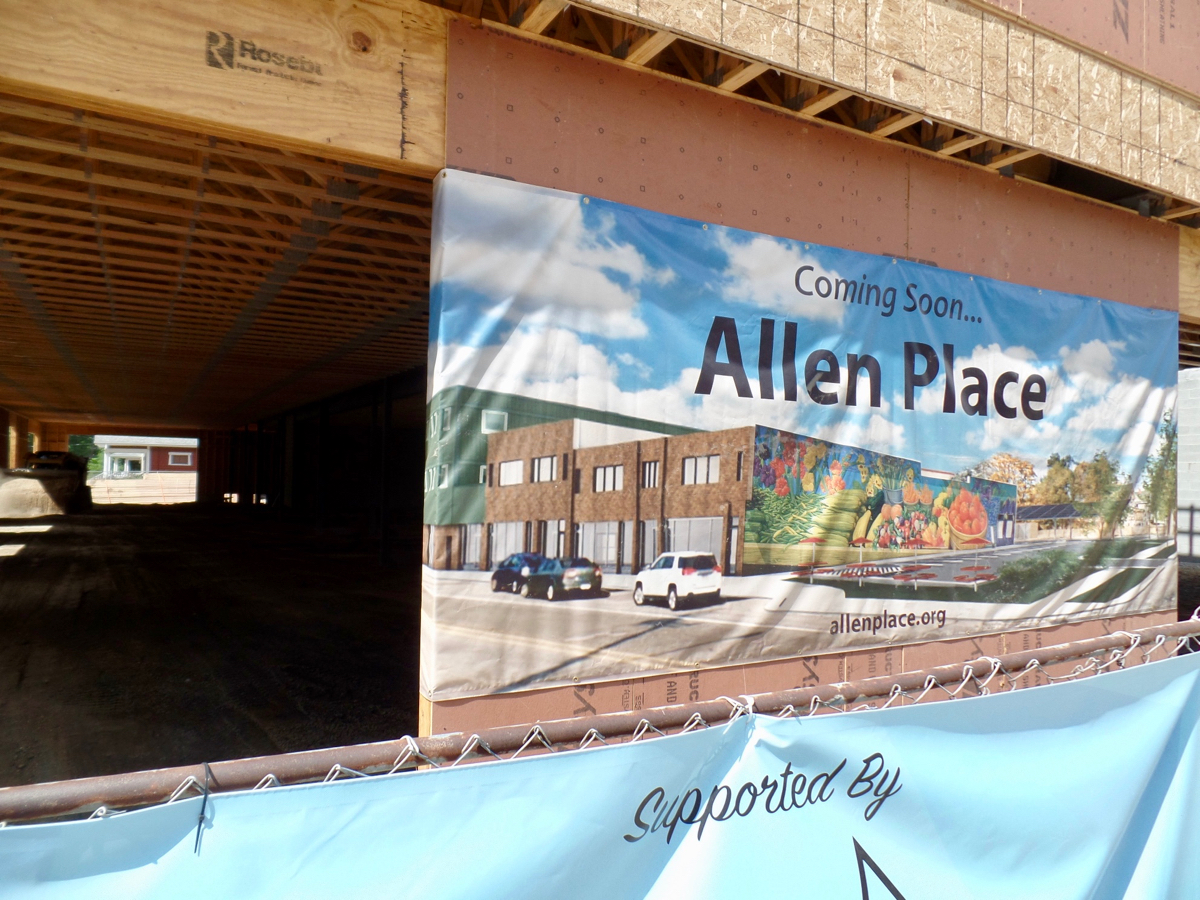 Canvas showing what the new Allen Place is supposed to look like. This suggests that door won't open again, I guess. Someone was the last person to go through it. 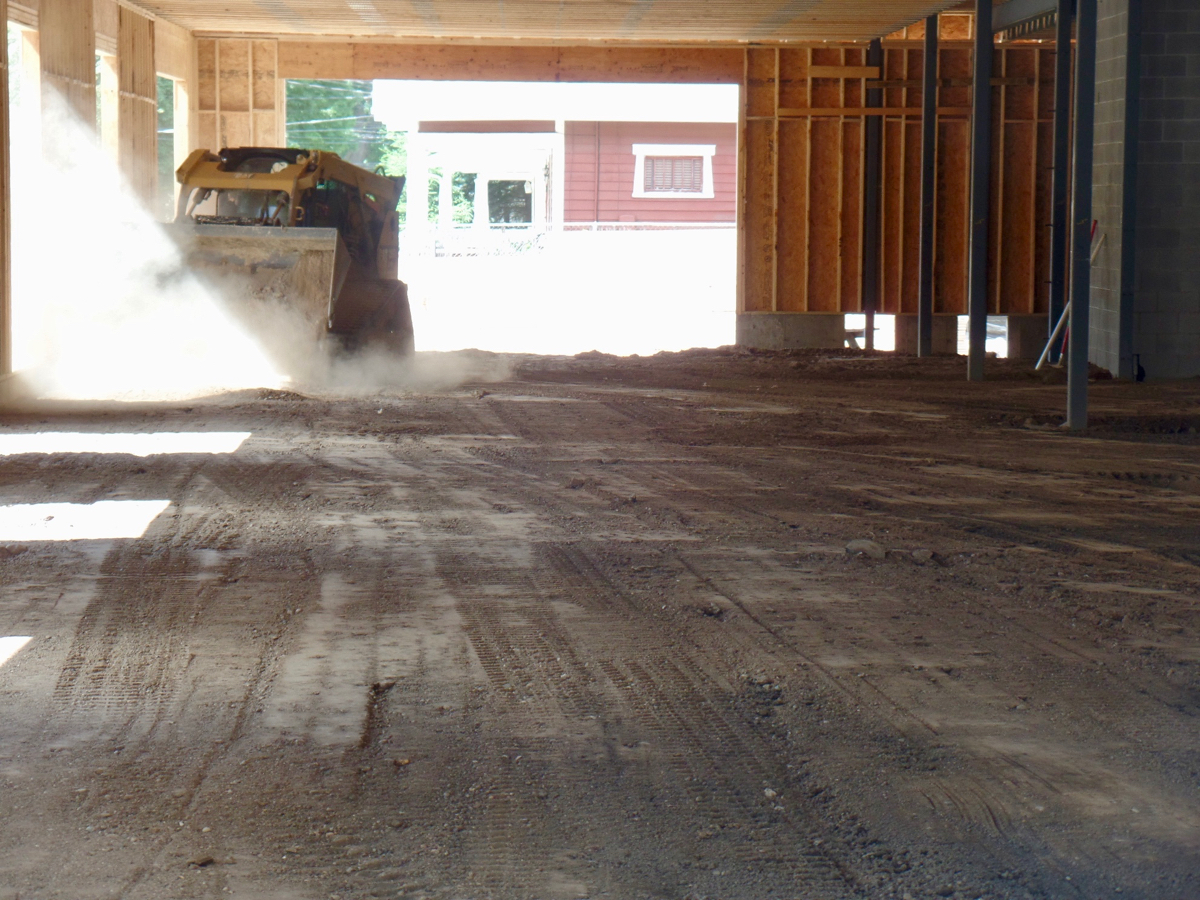 Bulldozer at work in the void space that I think is becoming a covered parking space, or is maybe becoming open floor space.

Trivia: Wyoming, North Dakota, South Dakota, Colorado, Washington, and Oregon all have a longitudinal span of seven degrees from eastern to western borders. Source: How The States Got Their Shapes, Mark Stein.

Currently Reading: Popeye Volume One, Bobby London. Been a while since I've read this. It's very 80s.