Call my name or walk on by

Last week a couple blocks up our street there was a major house fire. A terrible one, that destroyed a home built in 1914. It killed four pets (two dogs, two ferrets, is my understanding), although the family escaped and is expected to make a full recovery. The day after the fire I did go up to see what was left and just how awful it was and, well, I'm not sure I feel good about that. I have pictures today and for later of that and I'll put them behind cuts so if you don't want to face the ruins you don't have to. 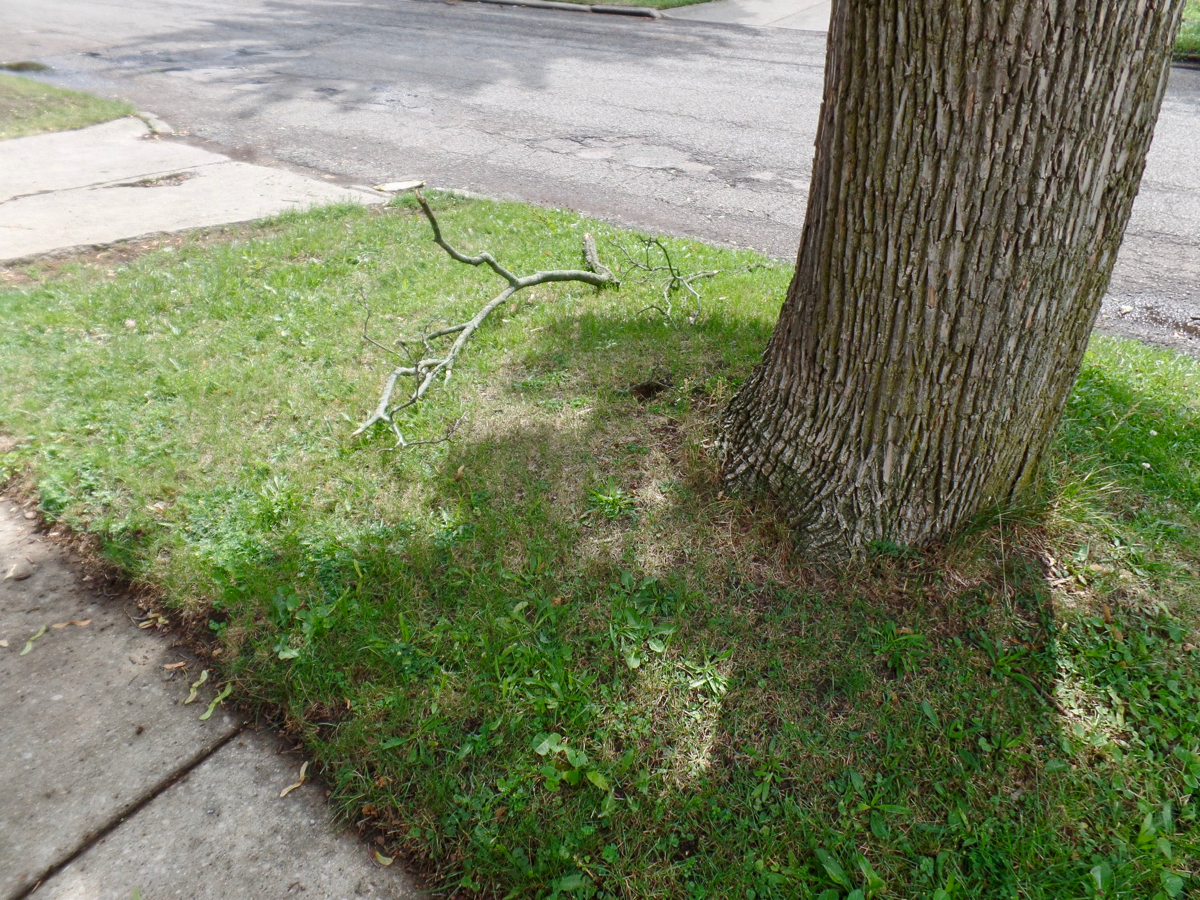 So after the first, and what I guessed at the time would be the only, night of heavy rain last week I noticed this bit of damage: a couple branches off the tree out front. Happily, they fell exactly where we're supposed to leave yard waste for collection so we have some very orderly trees. 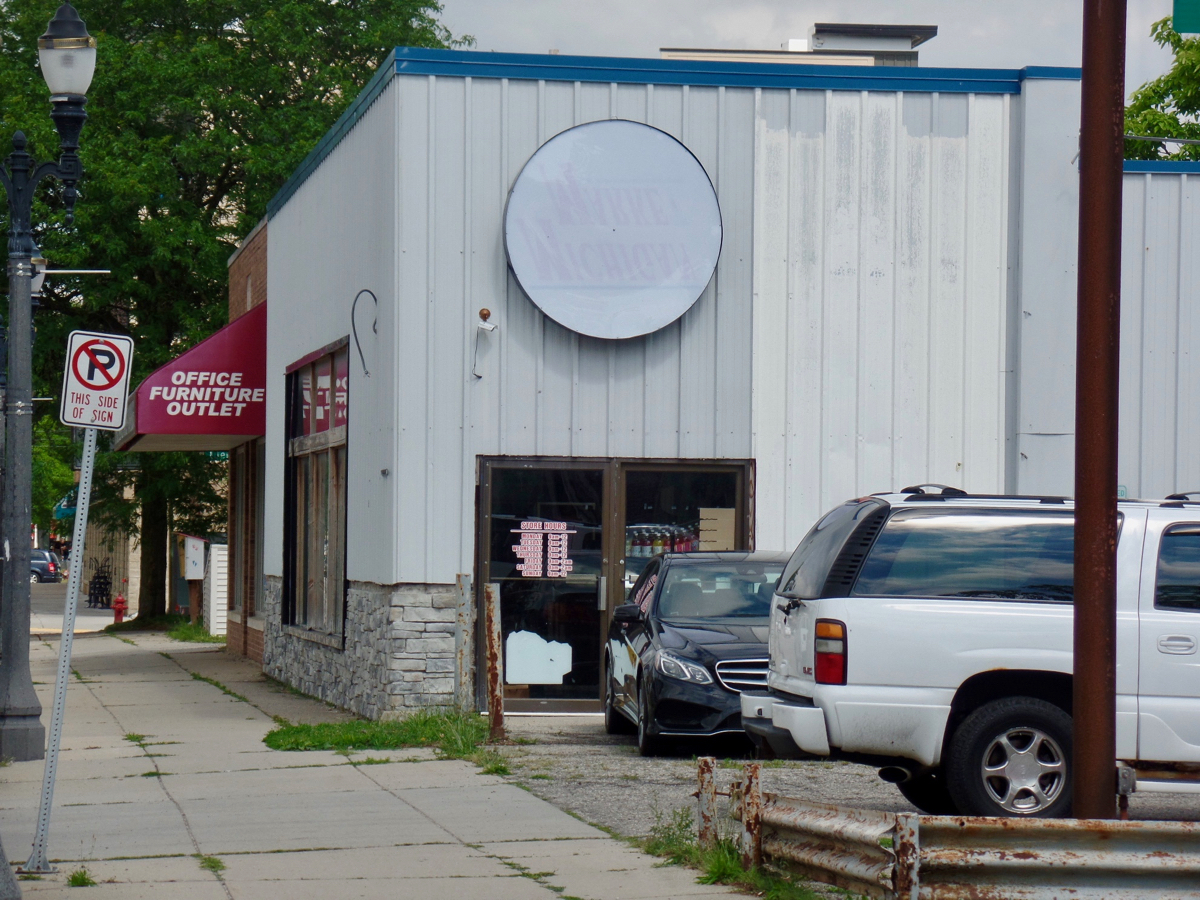 Former businesses up at the end of the street. Michigan Market had a couple years where it was an okay convenience store, with occasional talk about becoming a neighborhood grocery (as the building had once been, back in A&P days), but that just ... withered away somehow. Office Furniture Outlet was a slightly weird office-supply shop that got closed in the name of rent hikes and has been vacant ever since. The cars, meanwhile, are for what seems like a car dealership, but every one of the vehicles in the former-parking-lot has a 'THIS VEHICLE NOT FOR SALE' tag and many of them are crash-damaged, so, it's obviously a scam but a scam to what purpose? Money laundering seems the easy answer but the point of money laundering is to do it through something that has a large volume of transactions that carry little paperwork, like, almost the opposite of selling cars. 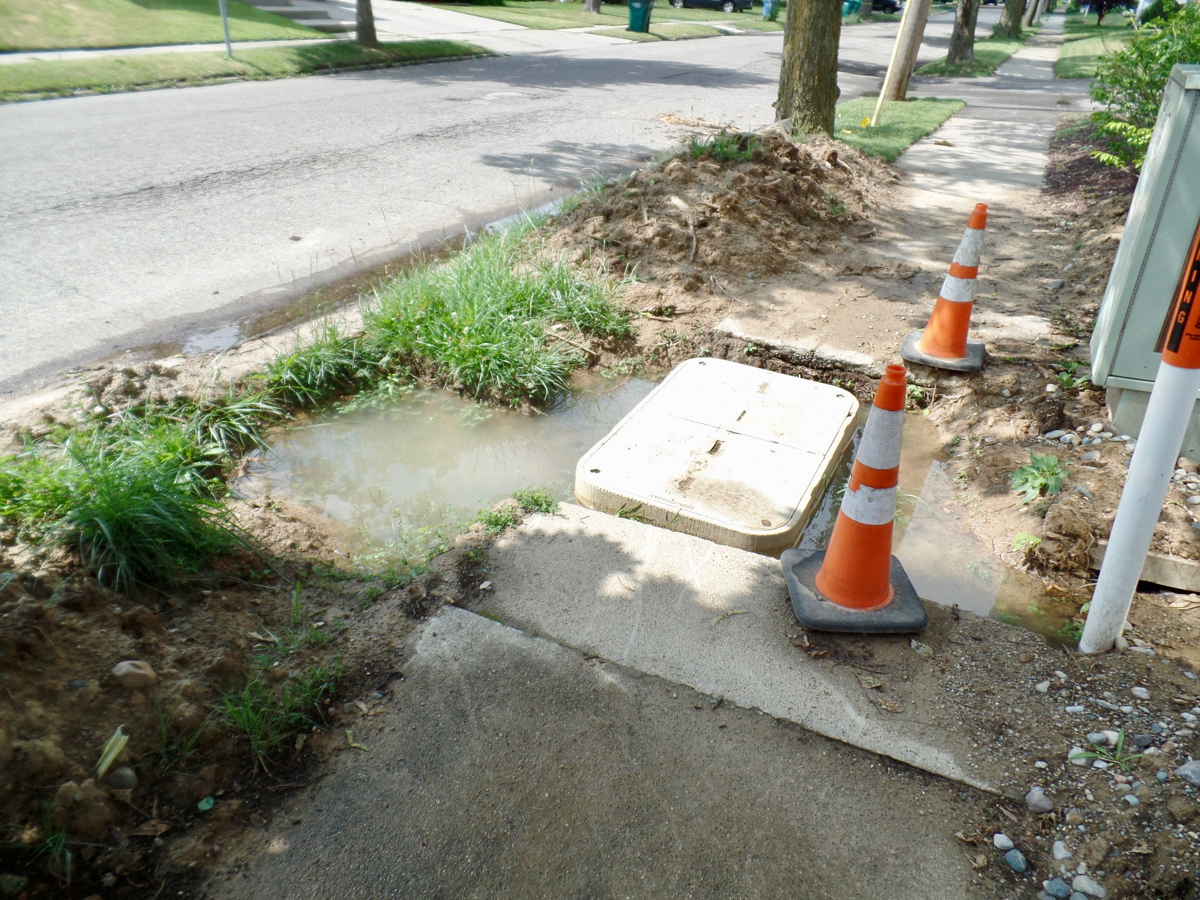 I could swear this block of sidewalk was been torn up like this last year too. 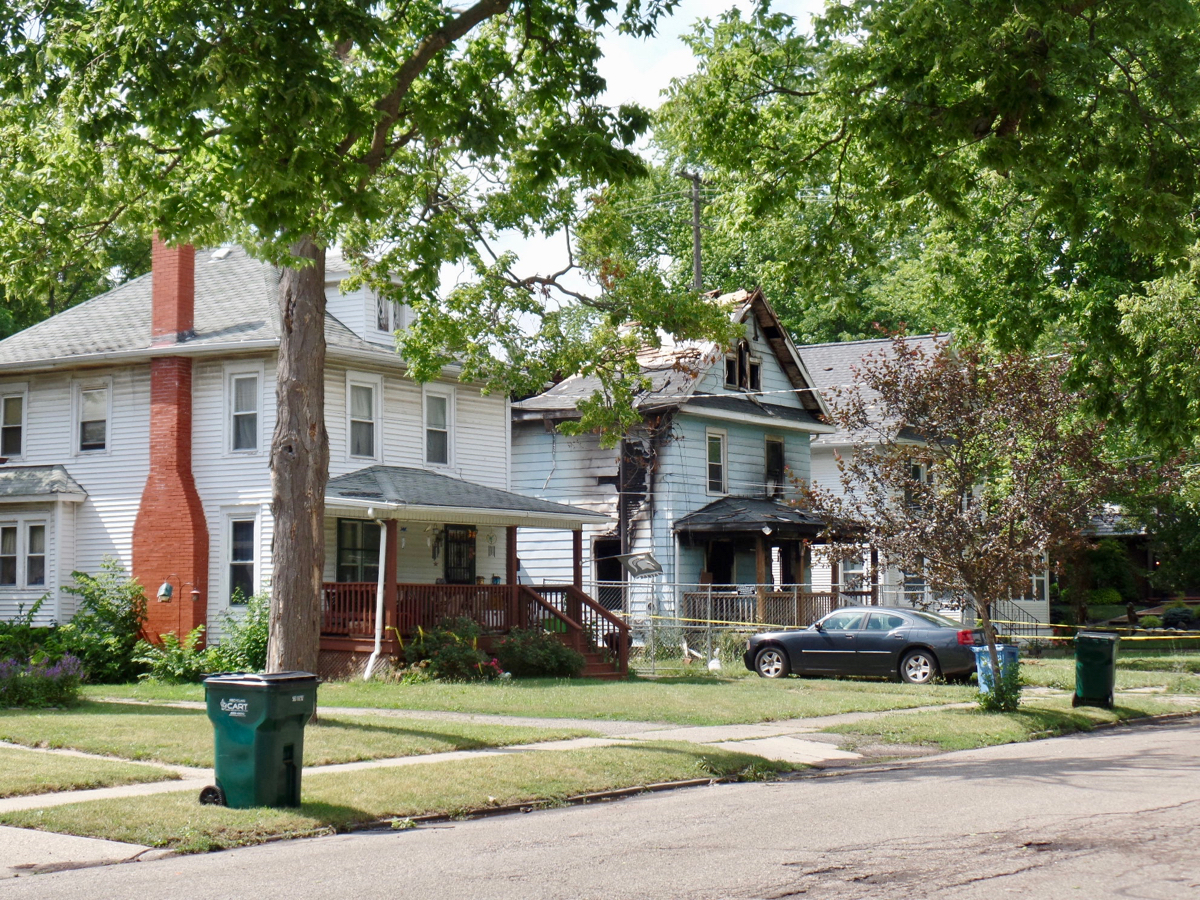 So now my first and gruesome objective this walk: the house that was destroyed in that fire. You can see it roped off here. 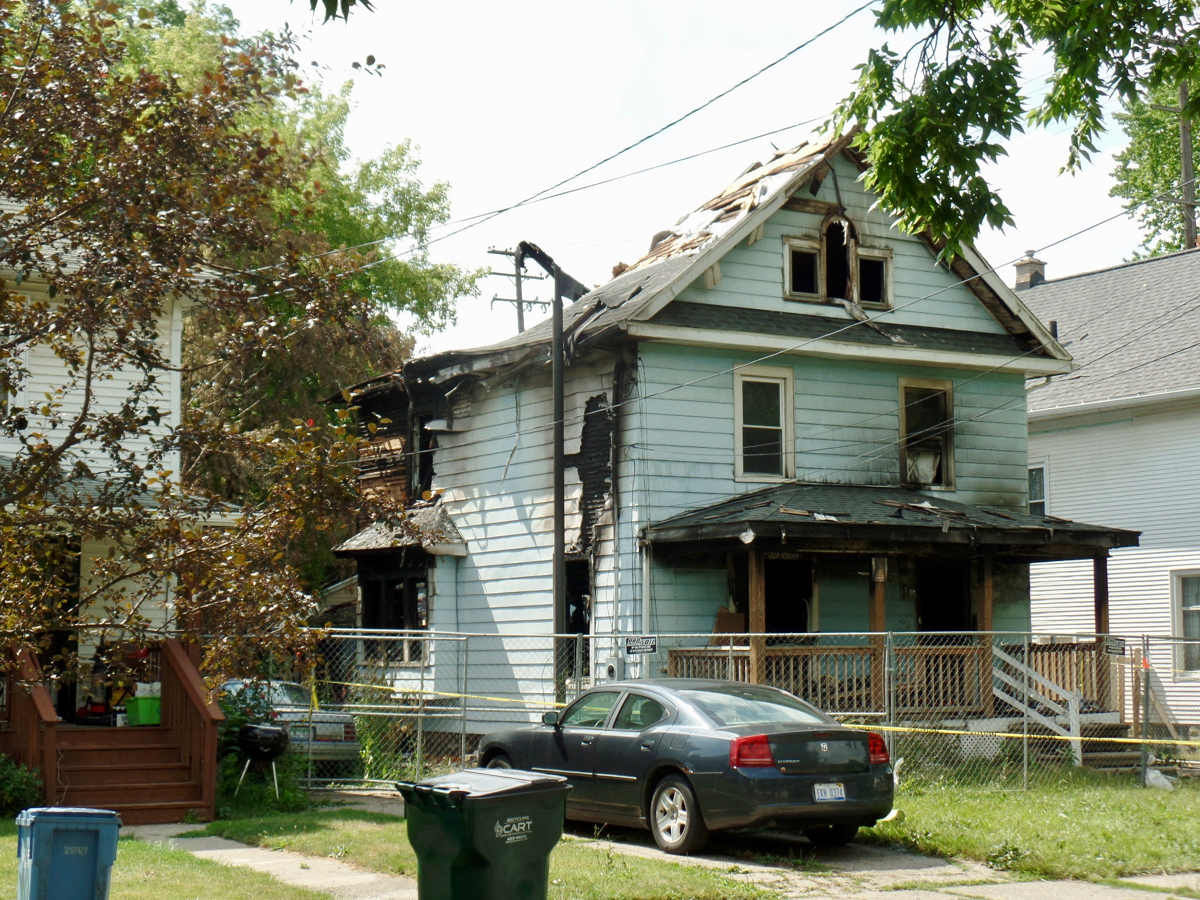 The house was a total loss and by the next day it was demolished. 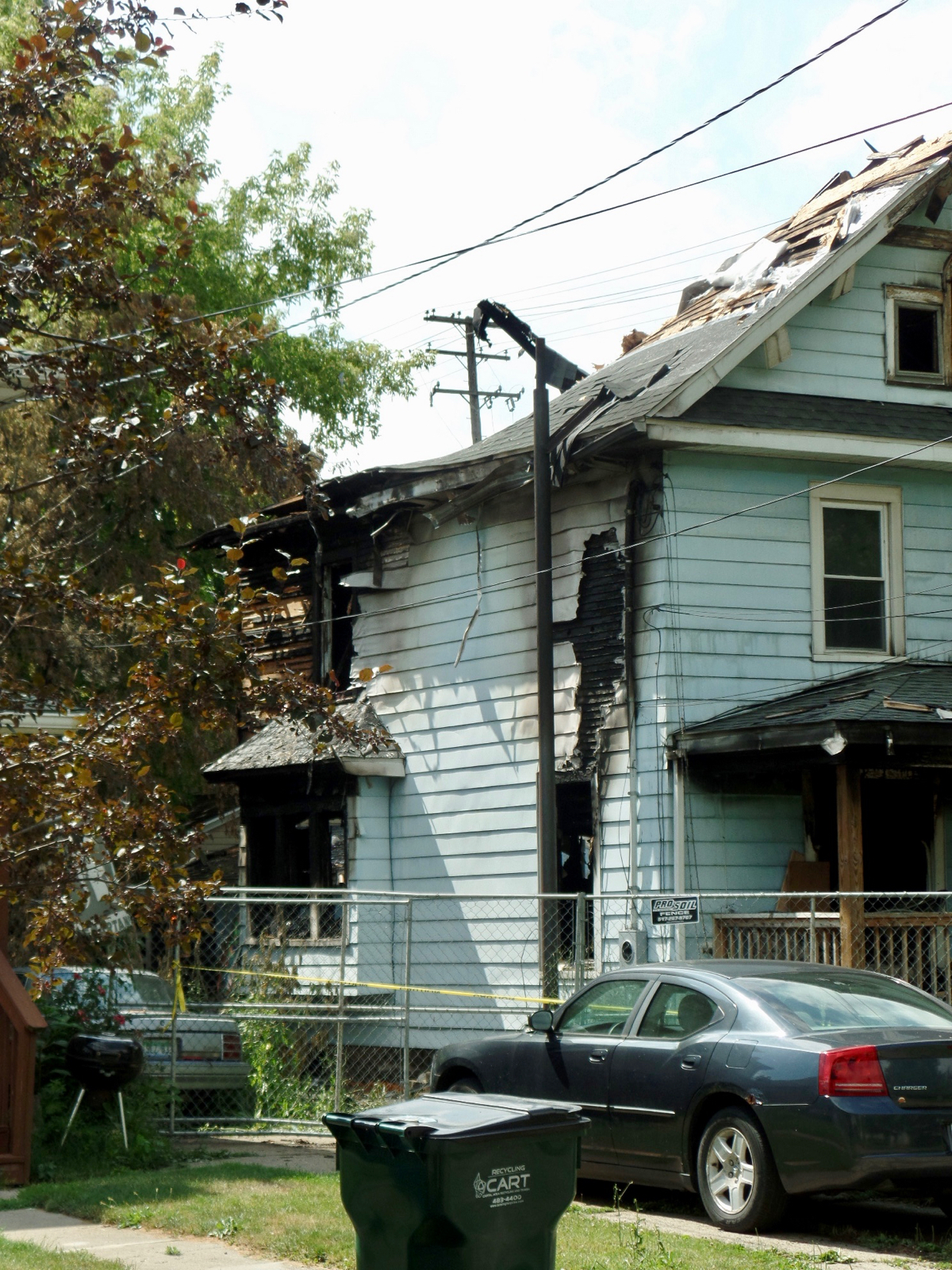 The roof caved in, which is why it's hard to figure out what the roofline here should be.

Trivia: In 1500-01, Aldus Manutius became the first printer to produce an italic typeface, which, in mimicking handwriting, was more compact than standard typefaces. This made it better fit for small volumes to be carried around, rather than left on a desk in a library. Source: A Place for Everything: The Curious History of Alphabetical Order, Judith Flanders.

PS: History of Philosophy podcast has another episode on Nicholas of Cusa in case you want to know a bit more about him.