So I got an e-mail from someone at work. He'd been calling all week but I hadn't picked up, because I never see my phone and when I did, I didn't recognize his number. The heck even is a 215 area code? It's not an obvious fake like 989, but it's still pretty suspect. Anyway, he wanted to talk about future work projects. And that's not an ominous agenda for a telephone call at all!

What turns out to be happening is a guy who had left the company a year-plus before is back. I don't know whether, or how, this relates to the company selling out to a big multinational Group. But he's looking to revitalize the company and prodded me for questions about what things are keeping me back, and what my capacity for new projects is like. The main things holding me back, besides me, are that people won't believe me when I say something is a server problem. Also that if I hit the zone where I believe a little more research will help my problem, I won't get out of that and just do the stupid programming already. But he did say that, at least so far as equipment is concerned or hiring new people is concerned, ``money is no object'' and that's a nice thing to hear when I want to prod salary discussions.

At one point he asked, if we had a new project, how much time could I devote to it? And I answered honestly: all my time. This is because I've had a couple projects but they've all reached a point where they're done, or near enough done, or I'm waiting for feedback before proceeding. I didn't point that out, or point out that the past year and a half, really, has been a great period for me. I've had about the right number and magnitude of tasks to feel I'm doing something worth my time. If I stick around I'd like more that's like this.

He also asked if I'd seen things at conferences or courses or such that we should be doing. It's touching to think that I'd be going to conferences or something for work. I could, legitimately, as a bunch of what I do is in Geographic Information Services and there's certainly learning to be done for that. But I admitted I just haven't been thinking to look for any of that. More precise would be that if I'm not doing whatever my current task is I just forget work is out there. It's a position very easy to leave alone, and that's part of what I like about it.

I did drop the mention that I'd like to learn COBOL, which is true. And I learned the guy working there who does know COBOL, and who's in charge of all the code maintenance, is feeling severely overworked. So that might be a nice coincidence of desires if we can work out what seems like a really easy arrangement.

And to my photo roll from last week, with the walk past the destroyed house. 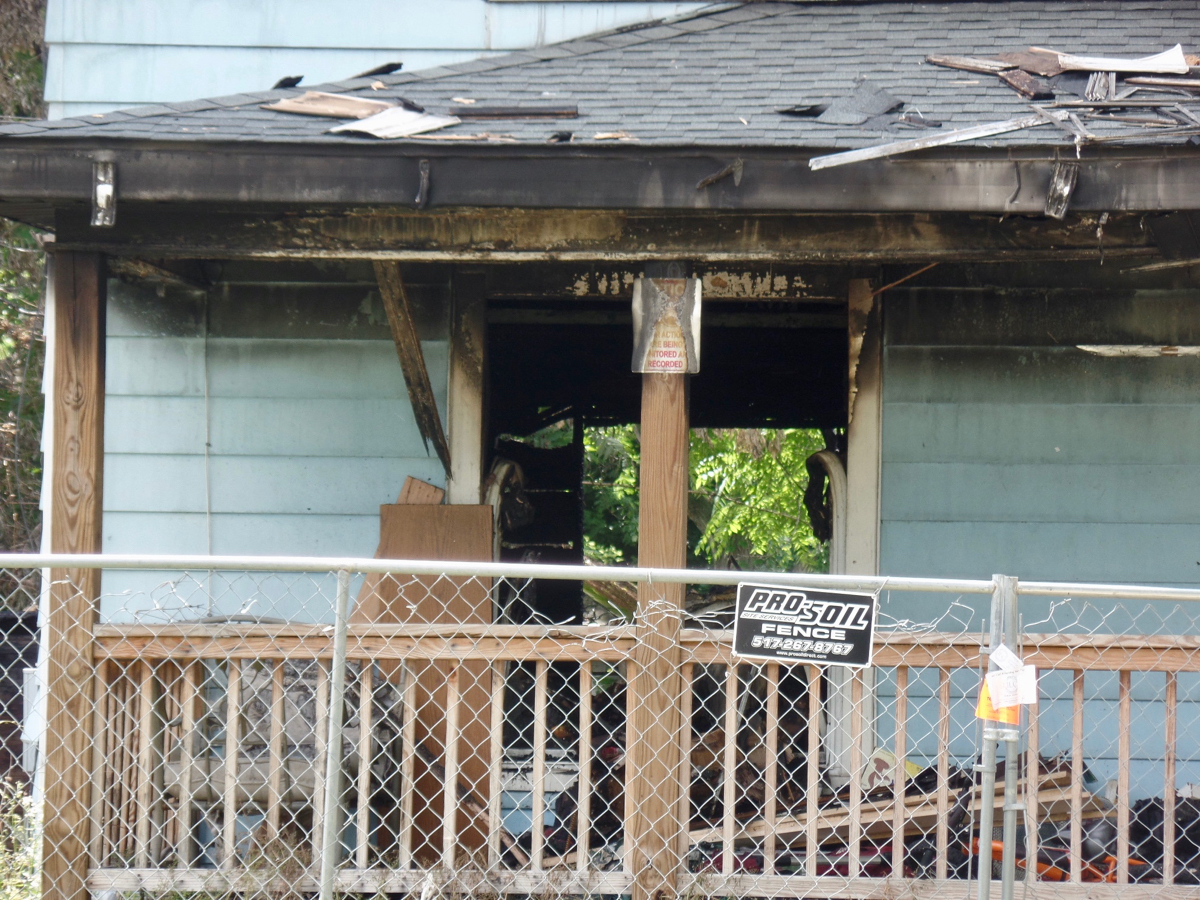 Looking through the remains of the house, from the front to the back yard. The singed sign in front warns that you're under camera surveillance. 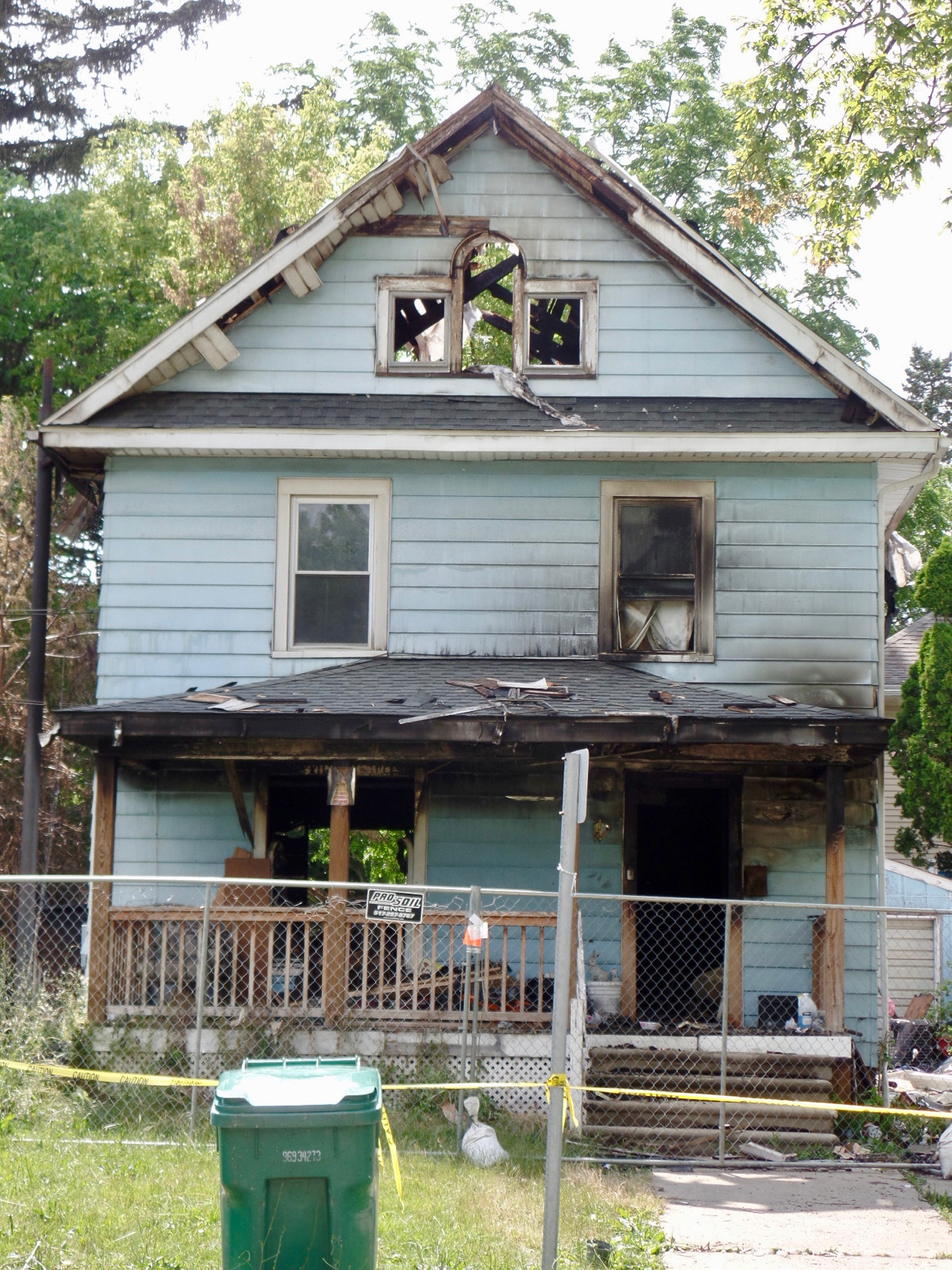 The destroyed house from front. It almost looks like a false front. 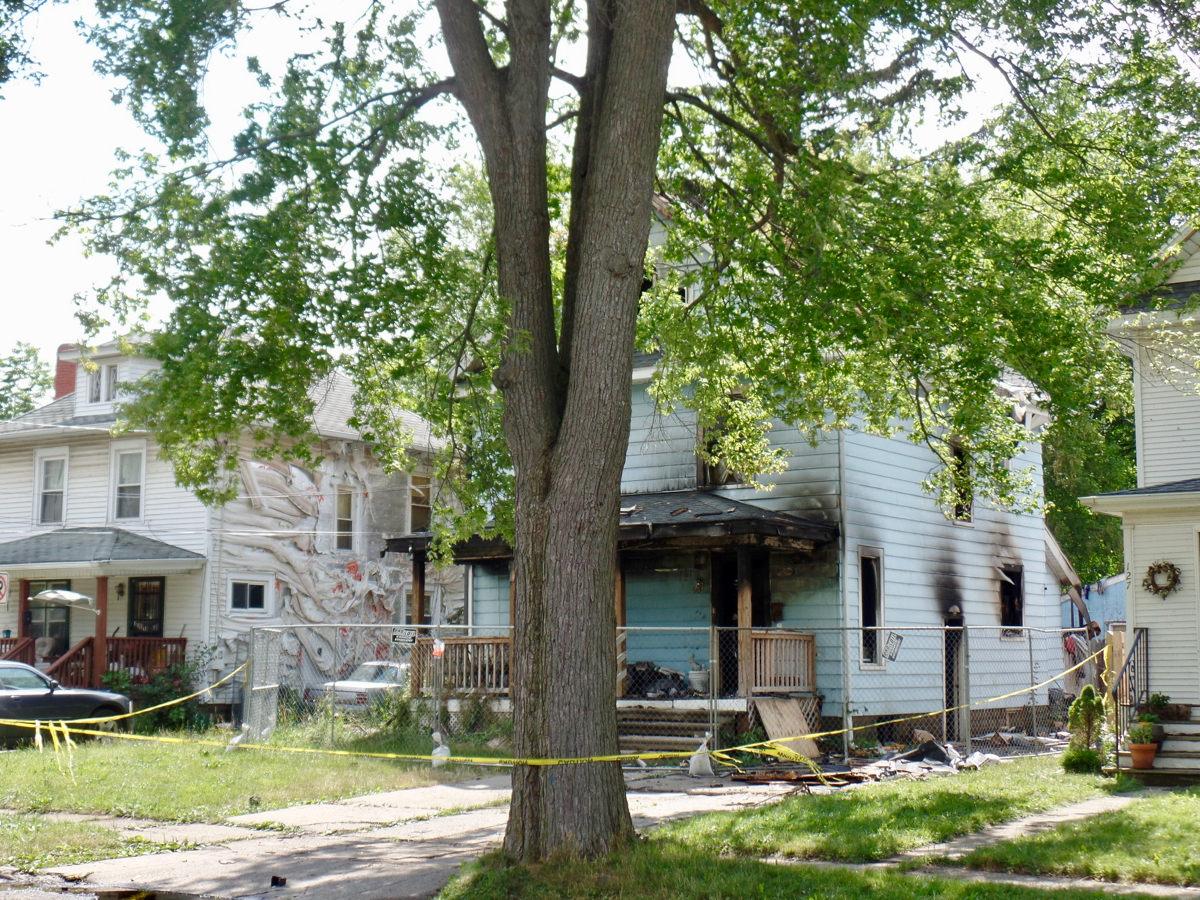 A view from slightly north of the destroyed house. A friend and former colleage of

bunny_hugger's lives in the house on the right of this, the one with what looks like a wreath on the front. 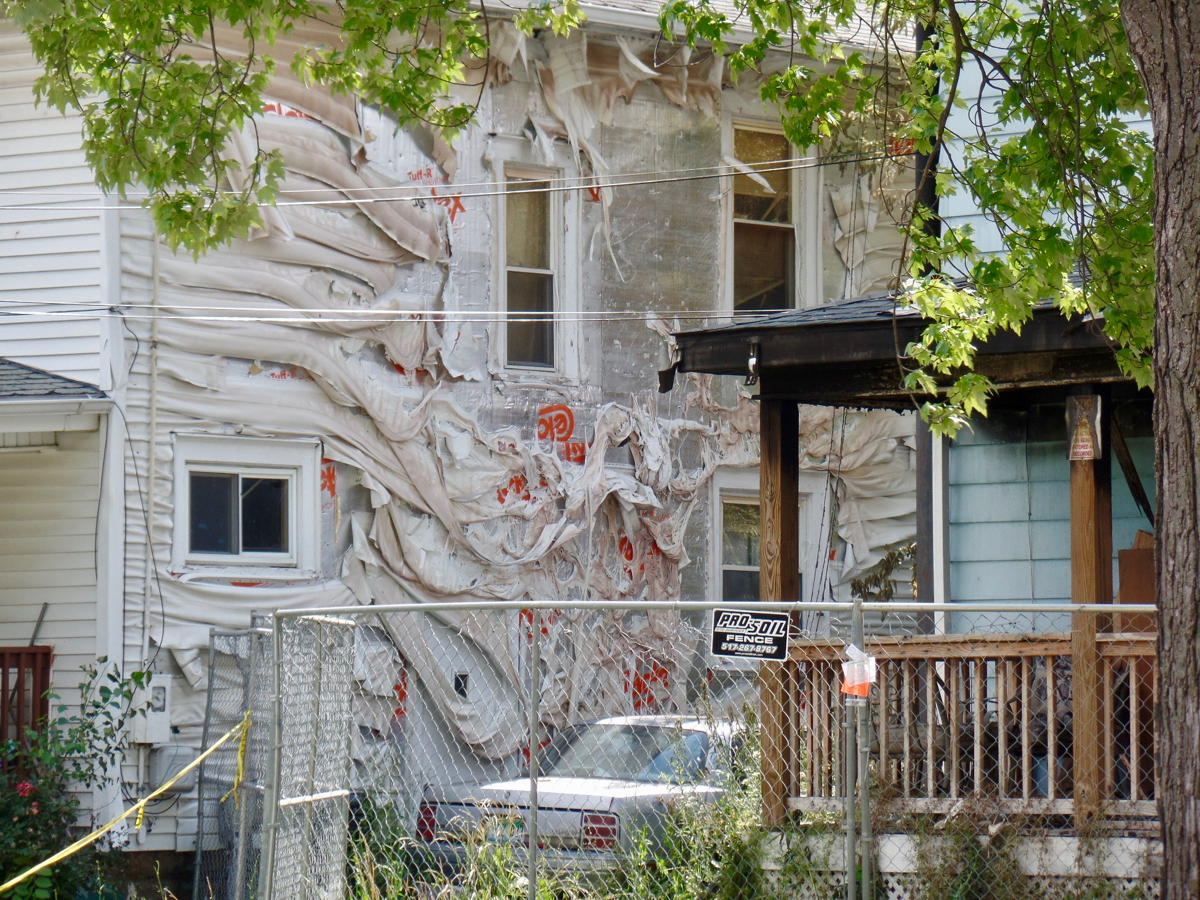 The other neighbors, on the south side, took heat damage. You don't think of vinyl siding as something that can melt until you see it. 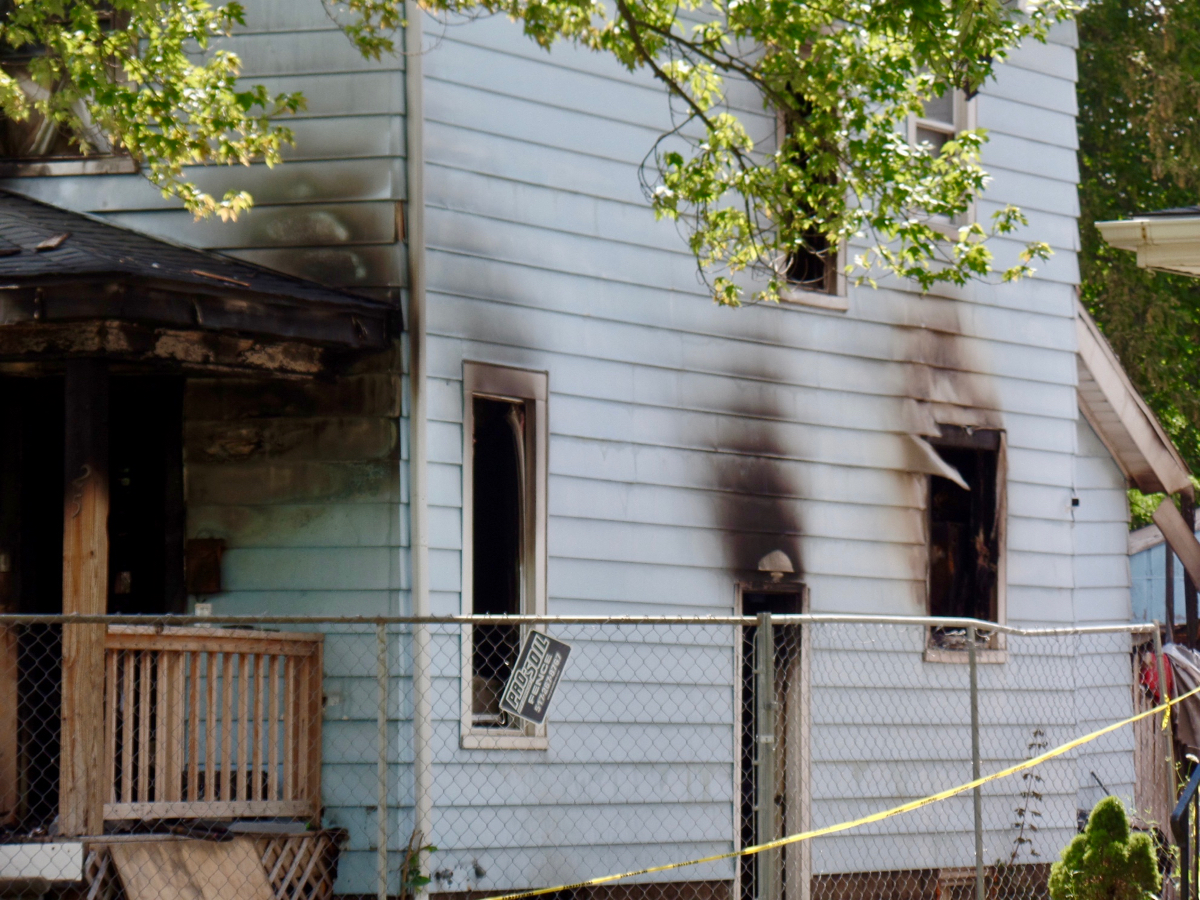 The side of the destroyed house. The kids had to jump out the back window, apparently, from the second floor and onto the sloped back to escape. 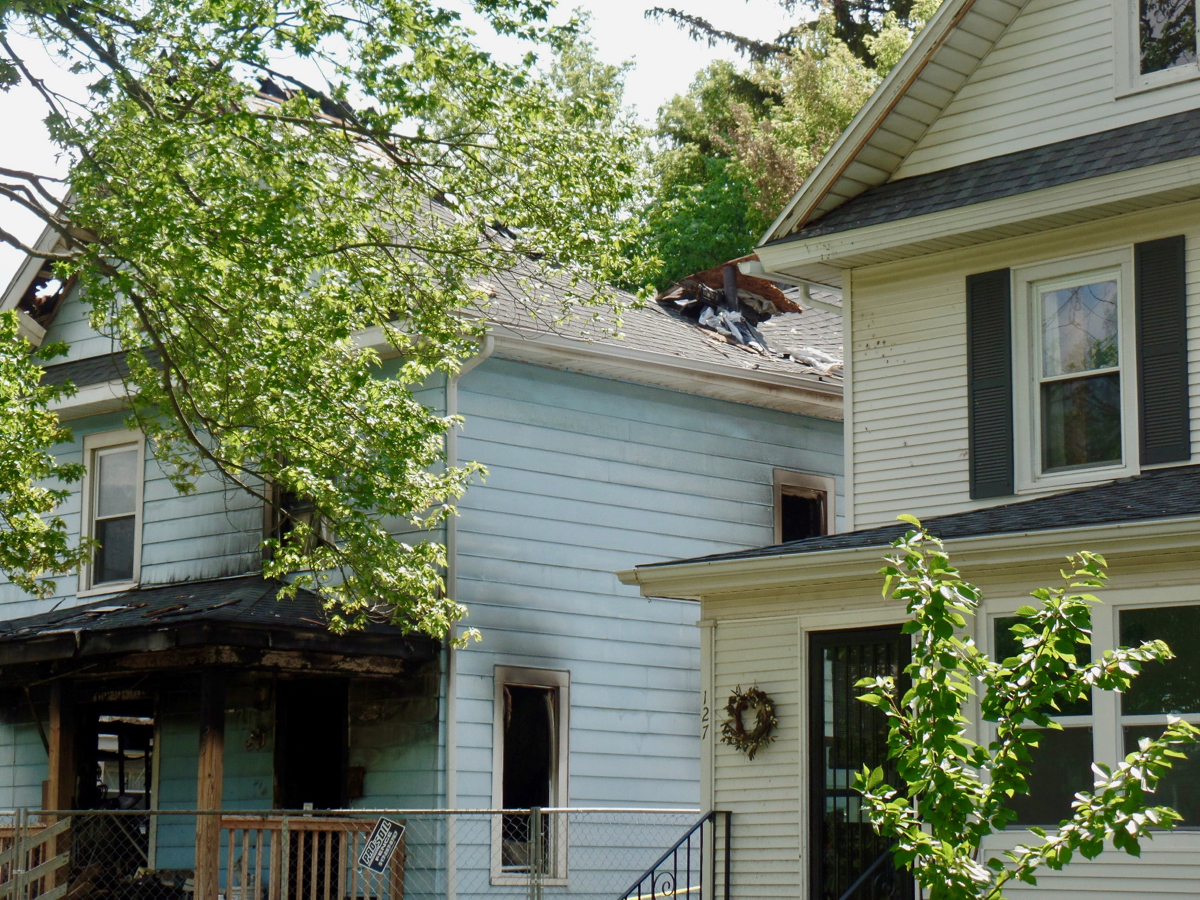 Best view I got of the collapsed roofline. The end of this photo subject, too.

Trivia: The sixth month in the Ancient Egyptian calendar was Phanemoth. Source: Source: Mapping Time: The Calendar and its History, EG Richards.