We got off Mine Ride at about 6 pm, which means by the way we'd been at the park four hours and ridden one roller coaster. And this not on a very high-volume crowd day. Most of that is from the weather, yes. But we got on the adjacent SkyHawk, the powered swing ride, and that was instantaneous. We could get on the next ride cycle, and everything was nice and fast. Granted, that ride is easier to check quickly. Also, the powered swing ride was more intense and exciting than we had remembered. Obviously the ride hasn't changed one way or another; it's that it's been so long since we rode it that it feels fresh. There is nothing about the pandemic that can be called worthwhile, but, if we can feel amusement park rides as though we were riding them for the first time? That's a scrap of joy that we'll take.

Cedar Point's big new attraction for ... whenever ... is a ride experience, the Snake River Expedition. It is a boat ride, the resurrection of the beloved-in-memory Jungle Cruise that I never got to ride. The ride promised a half-hour wait (it was more like 20 minutes) and word was that the ride always had an enormous line. This would be the sort of opportunity you go to the park on a rainy day for. The main queue room's done up with Old West props and maps and such, and includes a bunch of the post office boxes that had formerly been at the Town Hall Museum, remnants of a historical Ohio post office.

There's several steps just to getting on the boat, including a section where we enter (in groups of 24) to a closed room after a volunteer kid in the group gives the password that he can't precisely remember. The actors play Old West types who talk about their smuggling excuse me their expedition to the other side of the Snake River, and hand bags of gold or maybe dynamite to volunteer kids who'll have ot keep it safe in case, you know, desperados try to hold them up or something. Like that could ever happen.

So the boat putters along in a circle, past the Mine Ride and the Millennium Force and Rougarou and all in the distance. It goes past a lot of props and animatronics, including a raccoon hanging from the clothes line and sliding back and forth along its length, and a beaver family settling down to a pancake breakfast. The cook beaver has the stack of pancakes on their tail. There's also a moonshine factory entirely staffed by raccoons, which seems dangerous, as the captain observes. And then they reach the other side of the Snake River to deliver the gold and what do you know but they get robbed. So part of the second half of the ride is the boat's crew interacting with robber and their own gang members on shore, ``shooting'' at each other to get the gold or maybe dynamite.

Near the end they motor past the basilisk, the great snake who rears up and sprays water at the boat and, in our case, misses entirely. Also nobody got turned to stone that they mentioned.

bunny_hugger recognized many of the animatronics from the Jungle Cruise days, a decade-plus ago. Many of them looked to me, if not actually vintage, at least made to look it. So good on Cedar Point for keeping stuff around, and for bringing back a pretty fun performance. I hope it lasts, although it clearly takes a lot more staff than, say, SkyHawk.

Our energies were flagging so we went over to this small shop that sells actual enough coffee. Well, vending-machine-grade cappuccino, at least. Or, for me, hot chocolate, once I learned the freestyle Coke place next to it was closed. And we saw that Gemini was running, two trains on both the red and the blue tracks even. And that the red trains were all being sent out empty for some reason.

We went there, seeing the sign claim the queue was 30 minutes. That's weirdly long for Gemini. With two trains on each track it normally has a huge capacity. So we got on and found the sign was, again reasonably accurate. They were only loading the blue trains, even though there was what looked like a full crew on the red train. Our best guess is that they were training staff on the red track and it's just a shame it was adding delay to our rides this particular day.

The things we can't explain. First, we have more than once (ie, twice) been stopped at the approach area, waiting on Gemini because they were running two trains on the track and didn't have enough people to dispatch the train in the station. How can they send out a train with nobody on it, or a train with twelve people on it, but not a train with four people on it? Second, in a racing coaster the winner is usually the heavier train. It loses less of its momentum, proportionately, to friction. So why was the empty red train winning so many of the races? There are forces at work we don't understand, and there should only be gravity and friction.

Though we had been walking nearly the whole day, we had not done so with a particular direction or focus.

bunny_hugger has taken a significant walk, something of around a mile's length, every day since the pandemic lockdown began, and she didn't want to lose that streak for this. Even though just walking around an amusement park all day is as much exercise. So, as we had planned, we took a deliberate walk, going the long way from a spot near Gemini up to the front of the park, nearly the length of the point and somewhere above a mile. We wanted to get to something special and important.

What was that thing? Tune in tomorrow unless I fail to write it. And there'll be photographs, don't worry, soon enough ... but for now, my photographs are still with the Mine Ride, as described Wednesday. Let's watch. Curious birds we saw hanging out on the fencing around Cedar Creek Mine Ride's queue. Any thoughts what they might be? They're not-quite-sparrow size. This would be northwestern Ohio, on the Lake Erie shore. 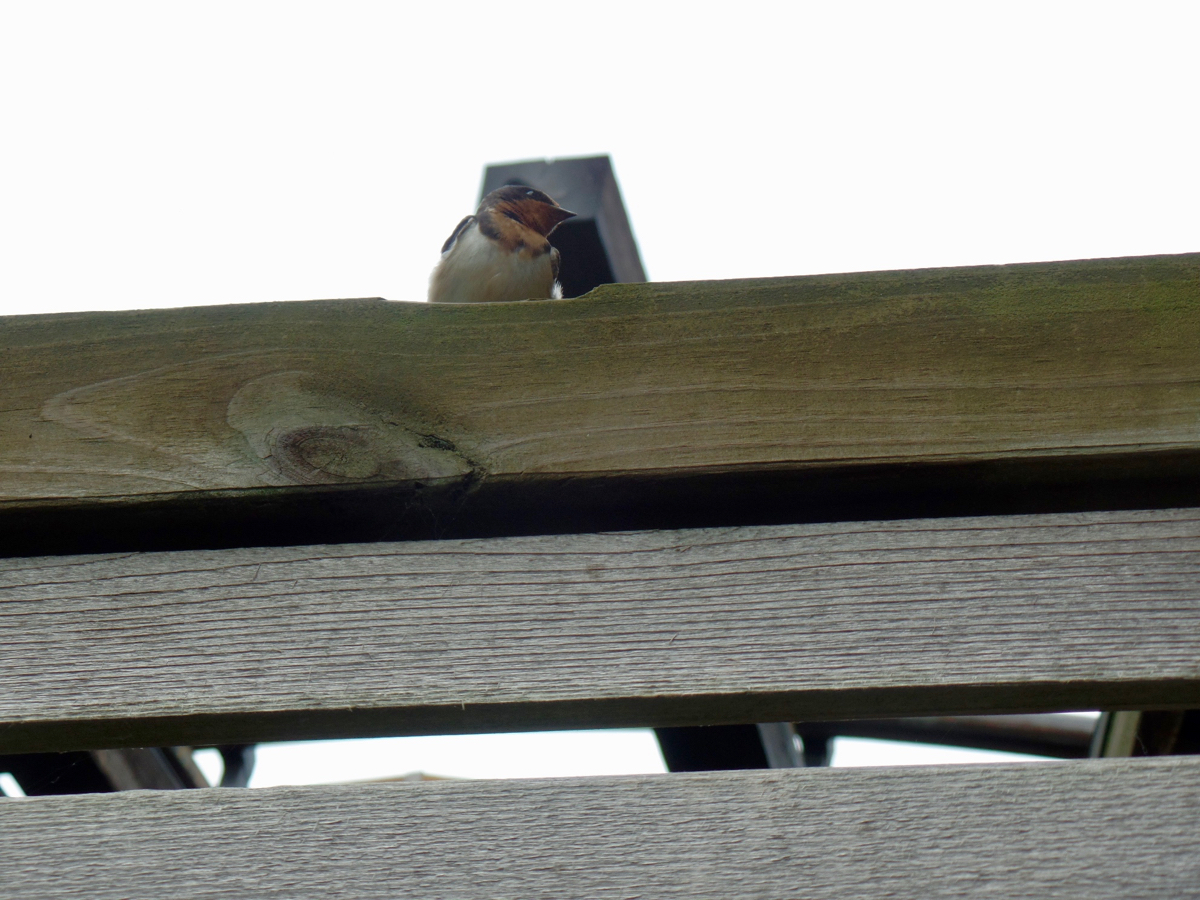 Another of the mystery birds hanging out atop the queue. One more shot of the birds. They look like they're maybe young. Skeleton moonshiners set up by the side of the railroad tracks, just outside the limits of the Mine Ride's track. The track there is for the train, not the roller coaster. 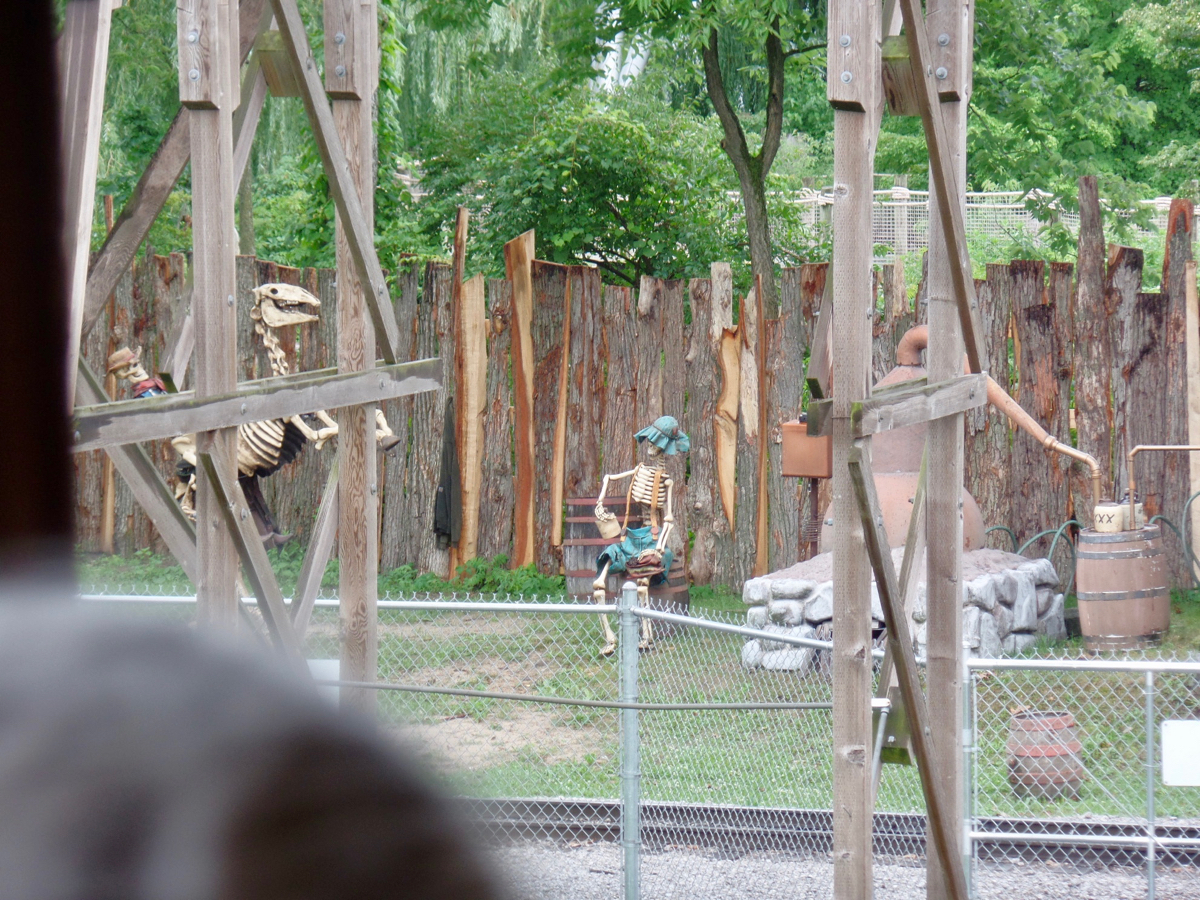 Oh yeah, one of the skeletons rides a skeleton horse and we're far enough away I can't tell you whether there's bone ears attached. 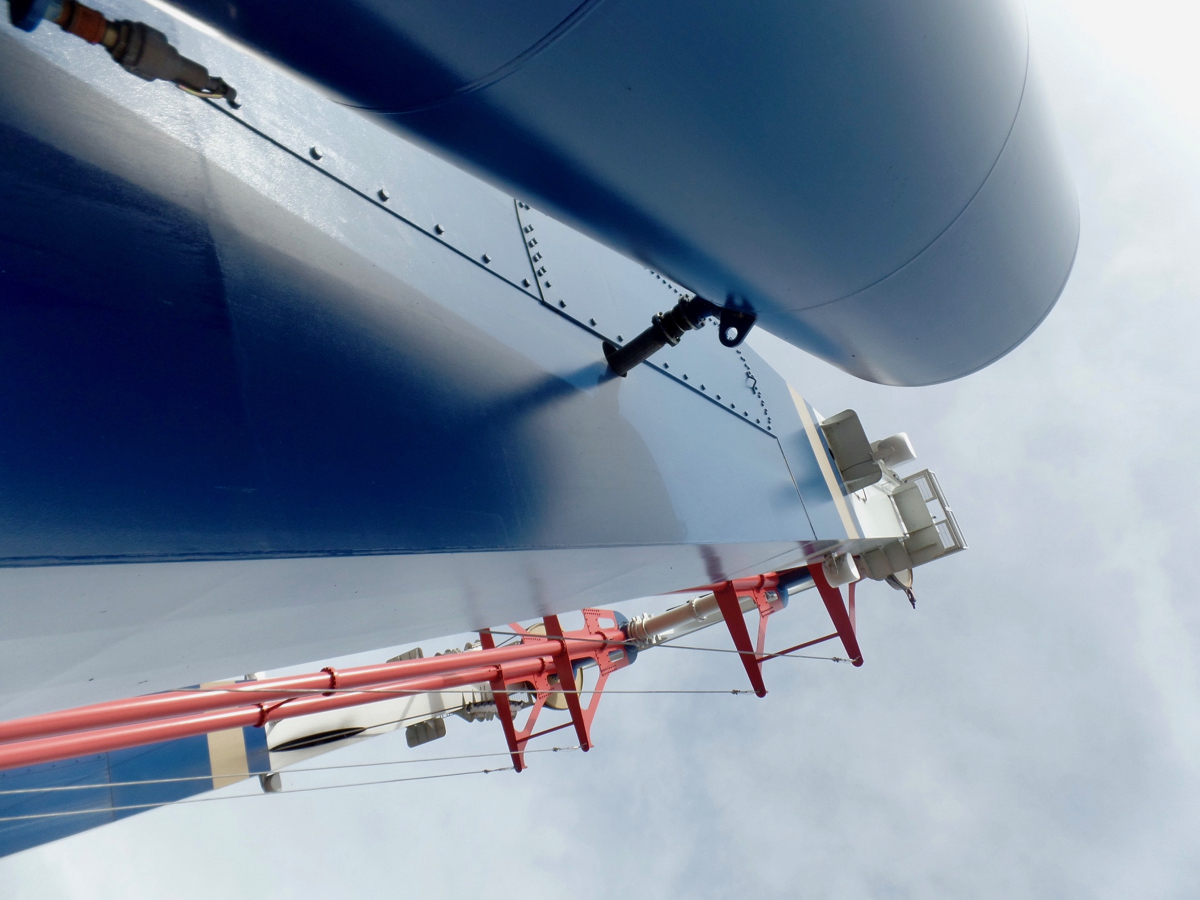 Looking up to SkyHawk, the first ride you see on leaving the Mine Ride.

Trivia: In 1888 all three telegraph cables connecting Australia to the rest of the world snapped simultaneously. The Navy was mobilized against the assumed threat of an invading power. Source: How The World Was One: Beyond The Global Village, Arthur C Clarke.

Currently Reading: Lost Popeye Zine, Sundays Supplement, Volume 1: 1938 - 1939. Tom Sims, Doc Winner, Bela Zaboly. Editor Stephanie Noell. The third volume of the zine, mentioned a couple days ago, but this is all Sunday strips. A lot of them include the craft-project toppers, many of them Wimpy's Zoo's Who. These are nutty animals to cut out, color, and tape to cardboard so you can stand them up and have your own, say, ``Brelloraffe'', a giraffe with umbrellas for horns. ``His head reaches the clouds, but he keeps his ears dry with nature's gift, umbrellas.'' They're not all quite that gently whimsically daft but there's some oddball appeal in most of them.