I watch the ripples change their size

On my humor blog it's been another week of nonsense, bookended by old MiSTings. Today I start one of the longest that I'd done. It's not quite The Tale Of Fatty Raccoon in length, but it's getting there.

Hope you like that. Now let's enjoy some pictures from Cedar Point's Sesquicentennial Parade. I don't have more pictures because I was also trying to take movies and that interferes with taking still shots. When we get to Cedar Point again I'll get more snaps. 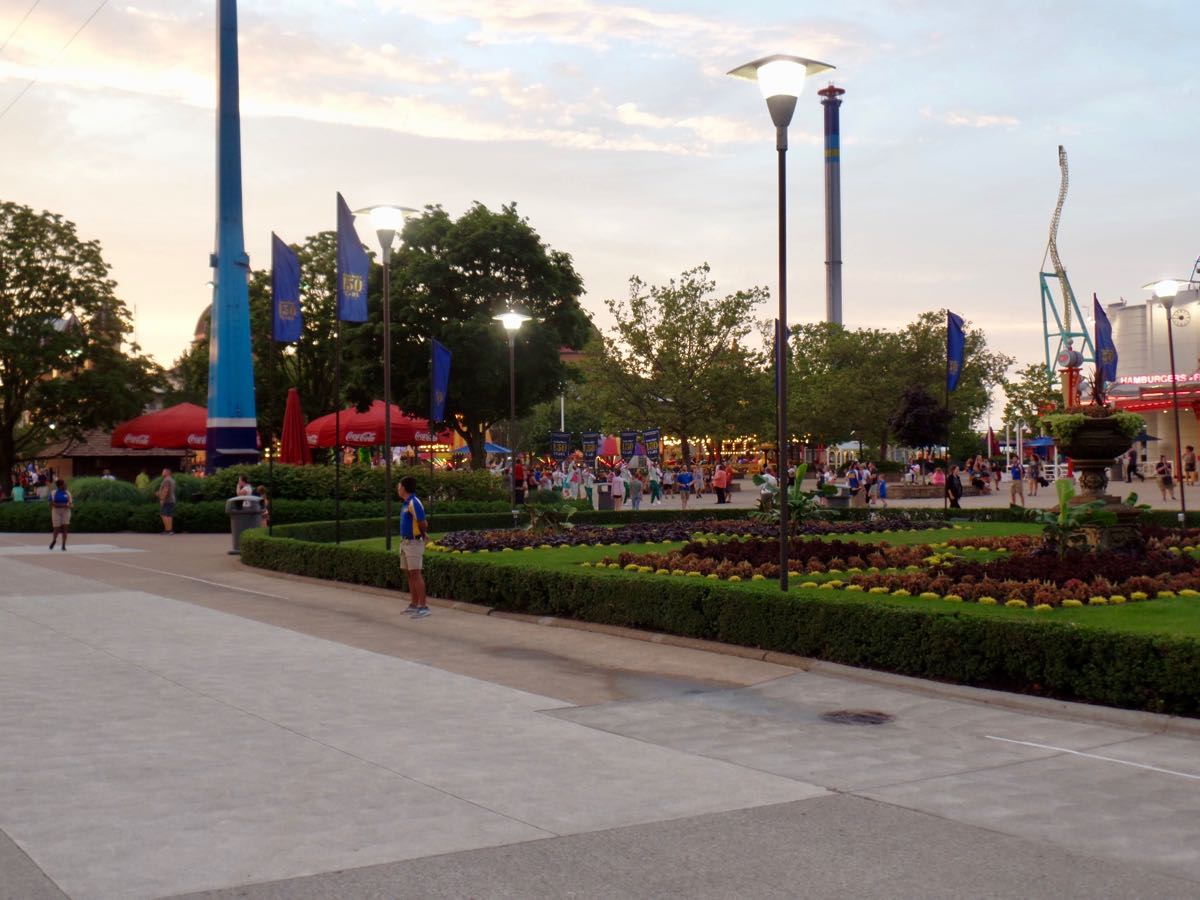 And here's the parade getting underway! 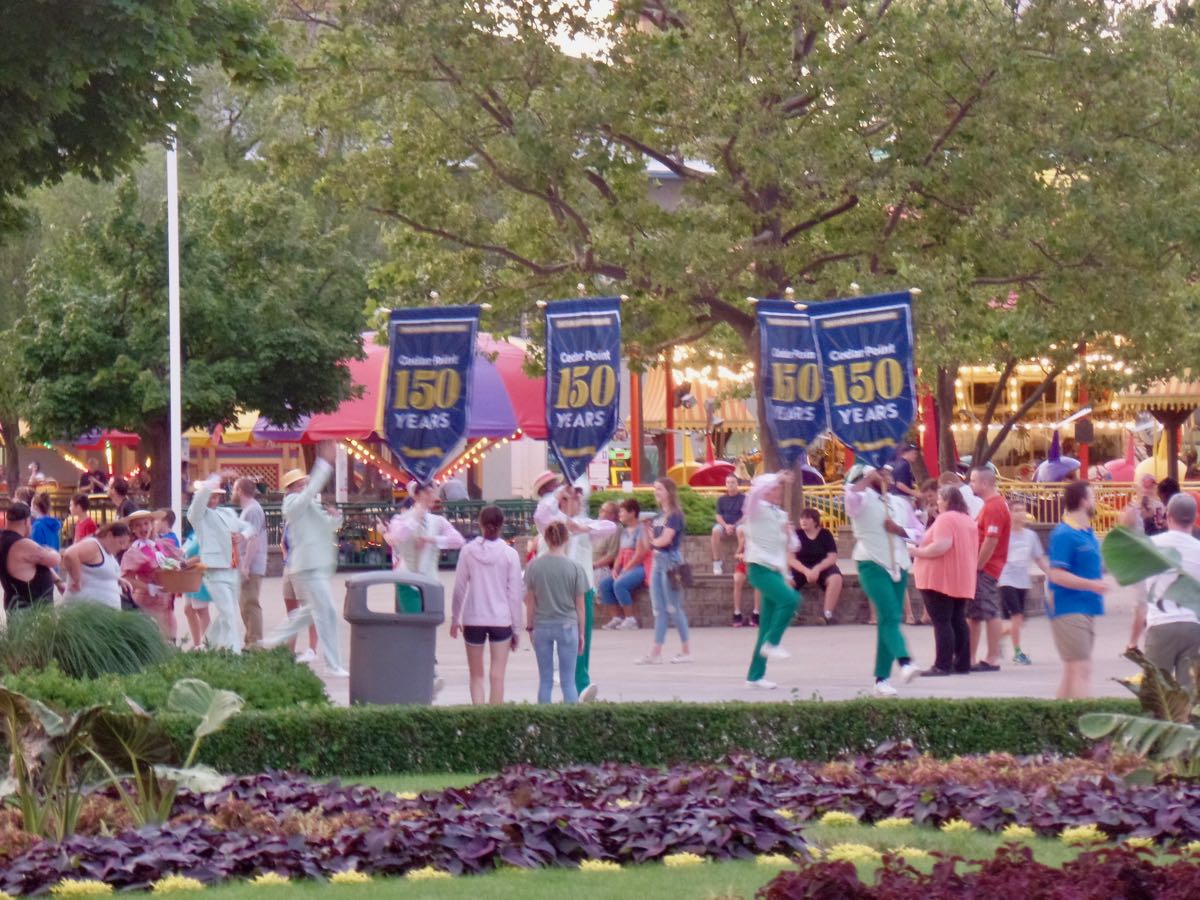 Marchers up from with the Cedar Point 150 Years banners and wearing old-timey costumes of, I dunno, 1910s? That looks plausible. The float representing the park's former entrance. The letters lit and flashed in sequences. 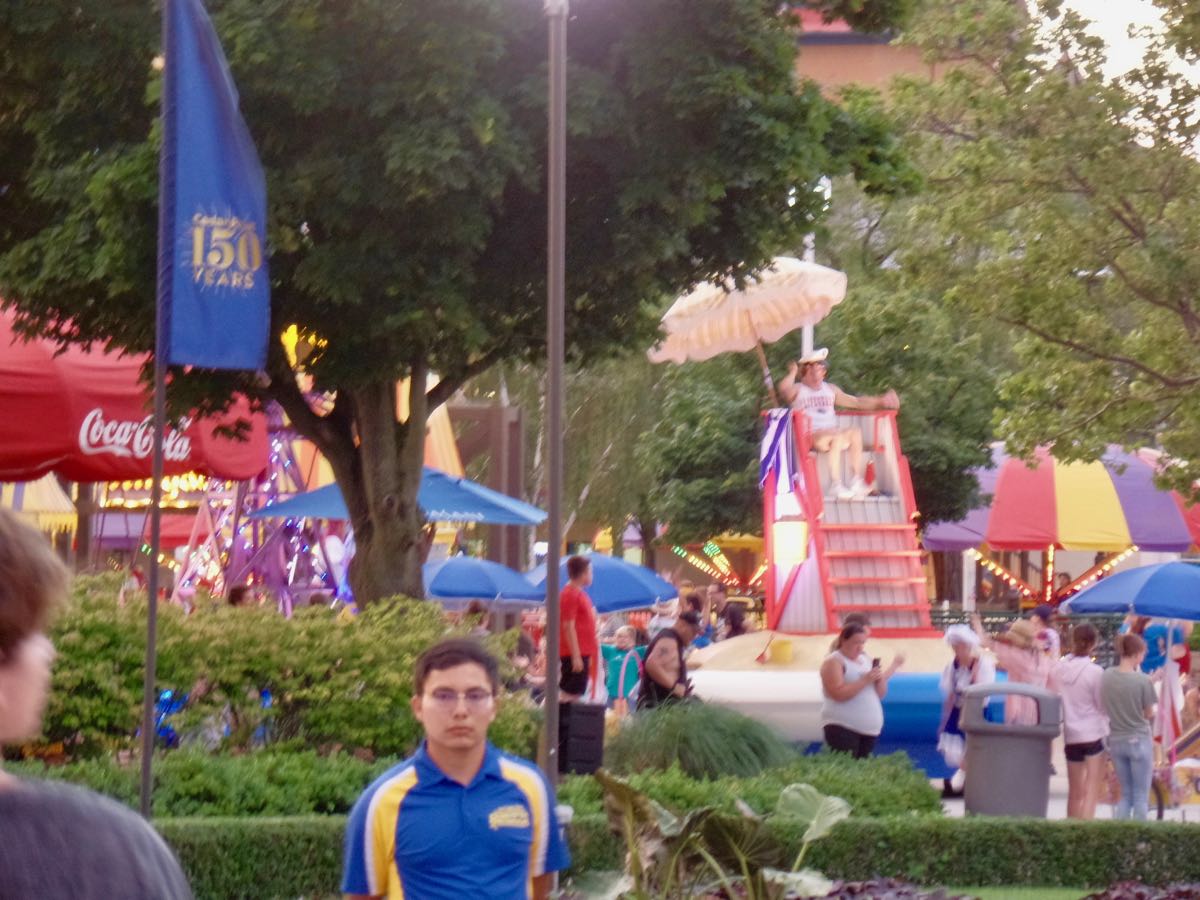 A glimpse of the lifeguard float. 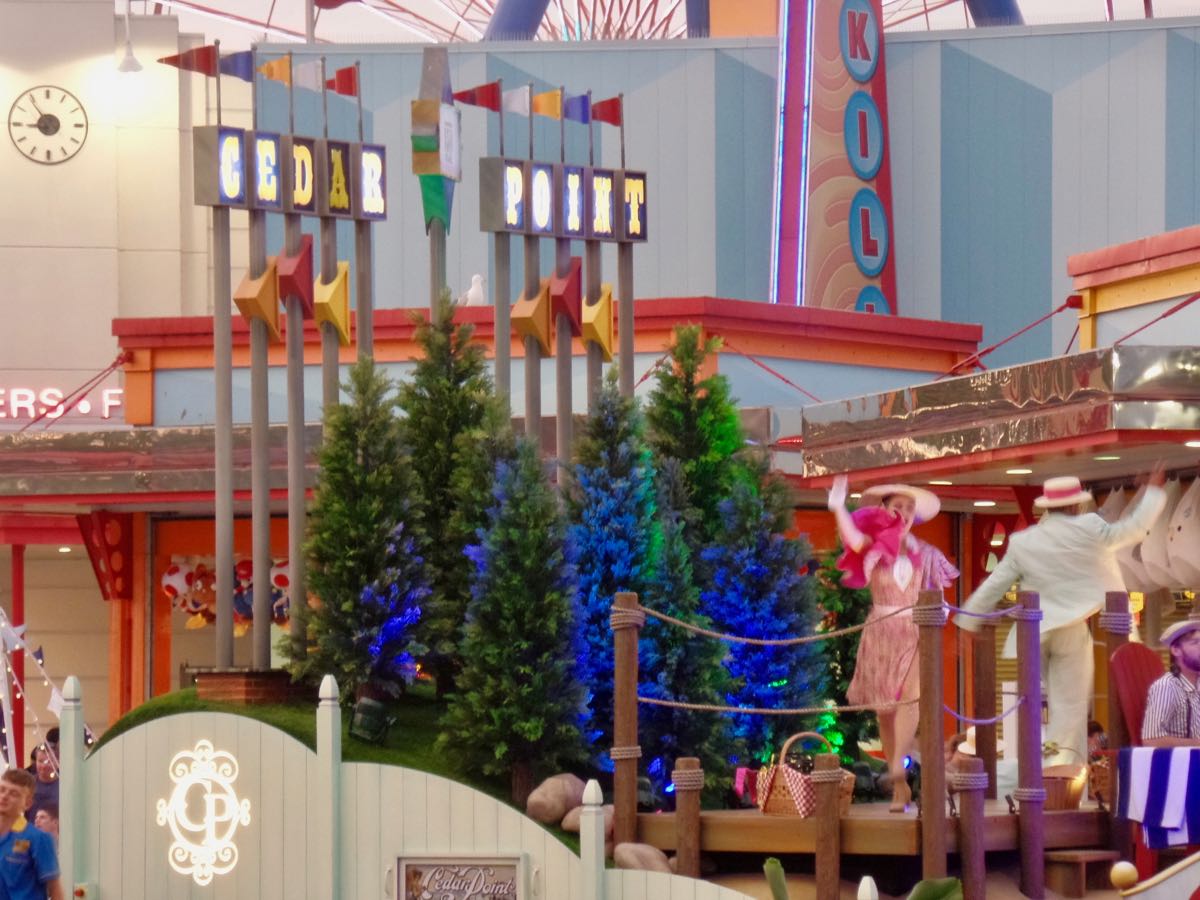 Better view of the Cedar Point entrance float. I have to suppose at some point there were pine trees on Cedar Point or else all of this would be a great mass of silliness. 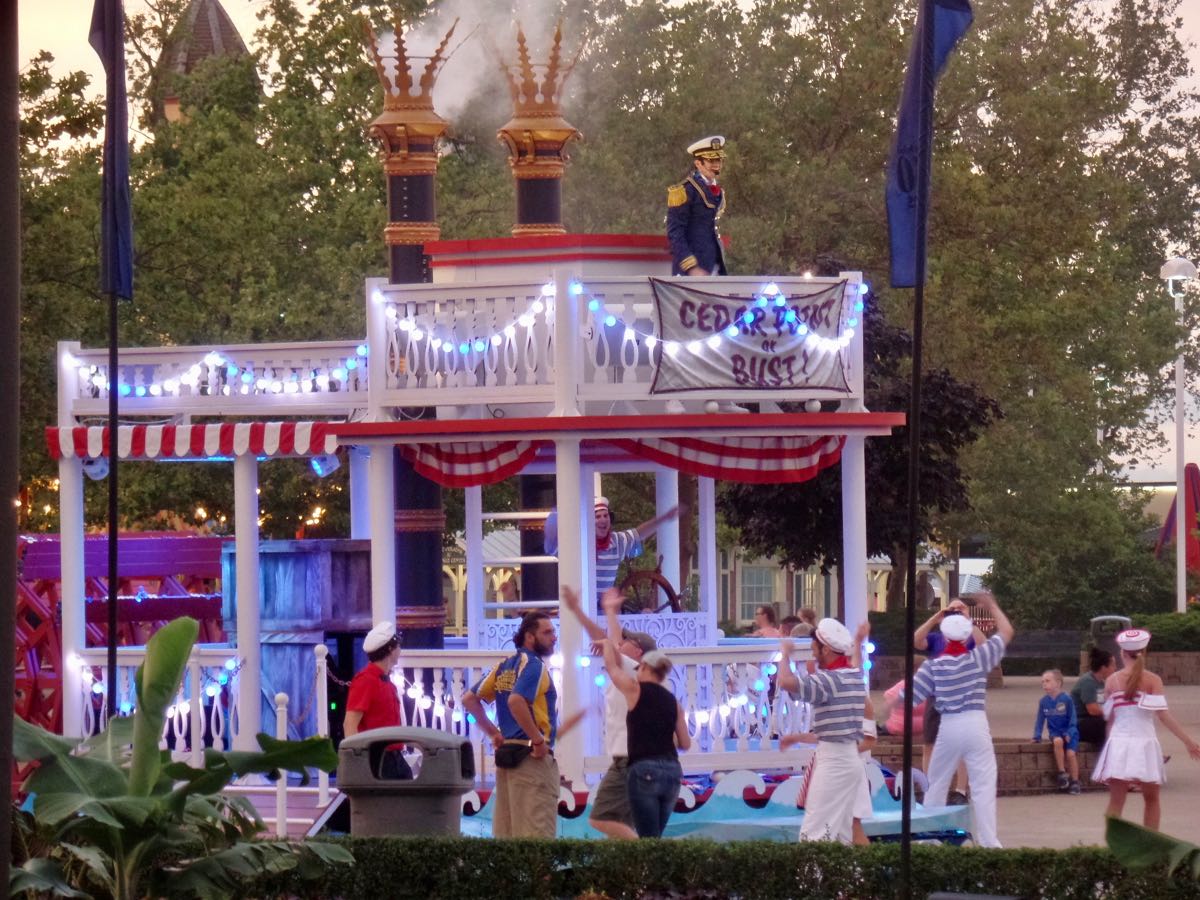 Representation of the G A Boeckling, steamboat ferry used for decades to bring people from Sandusky proper to the Point. 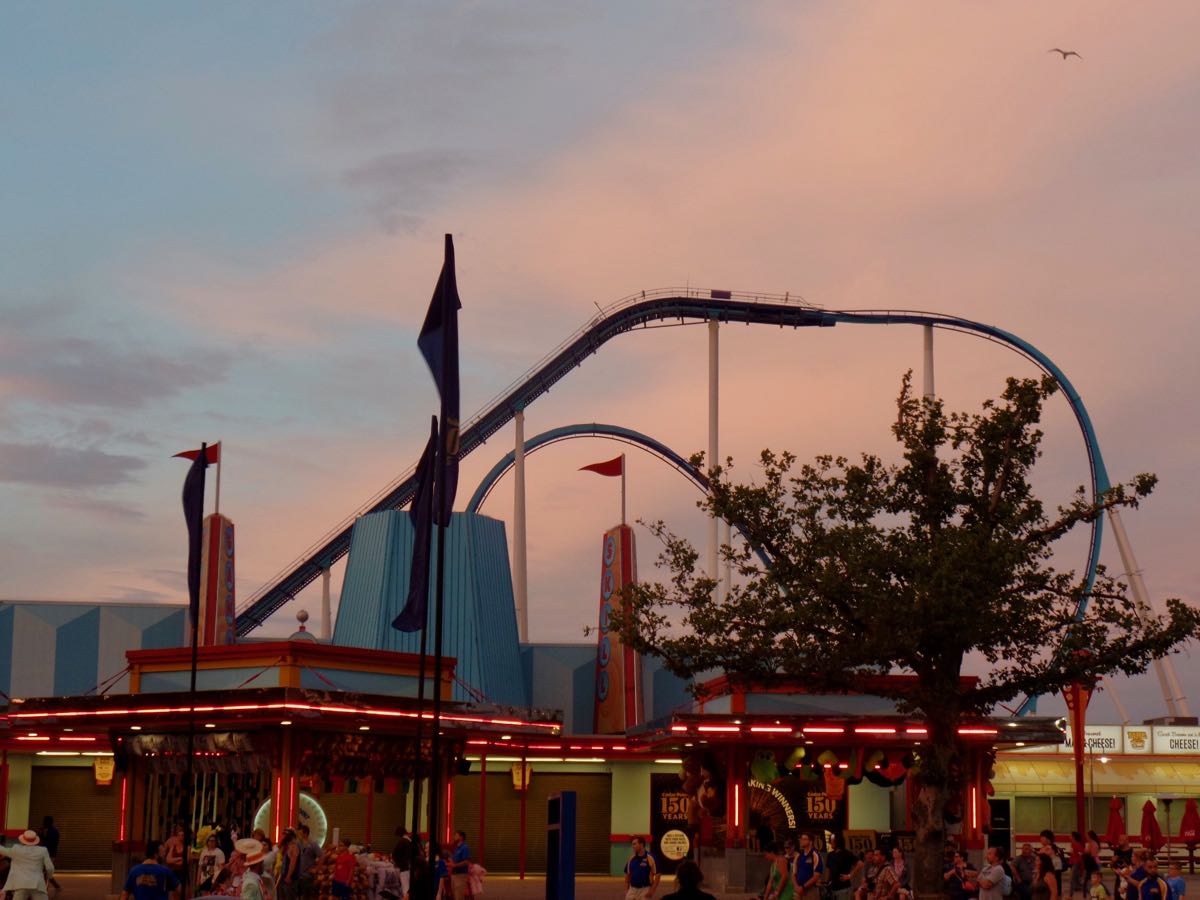 Sorry, got distracted by noticing the lift hill of GateKeeper here and the fabulous skies and a great bird placement behind it. You understand. 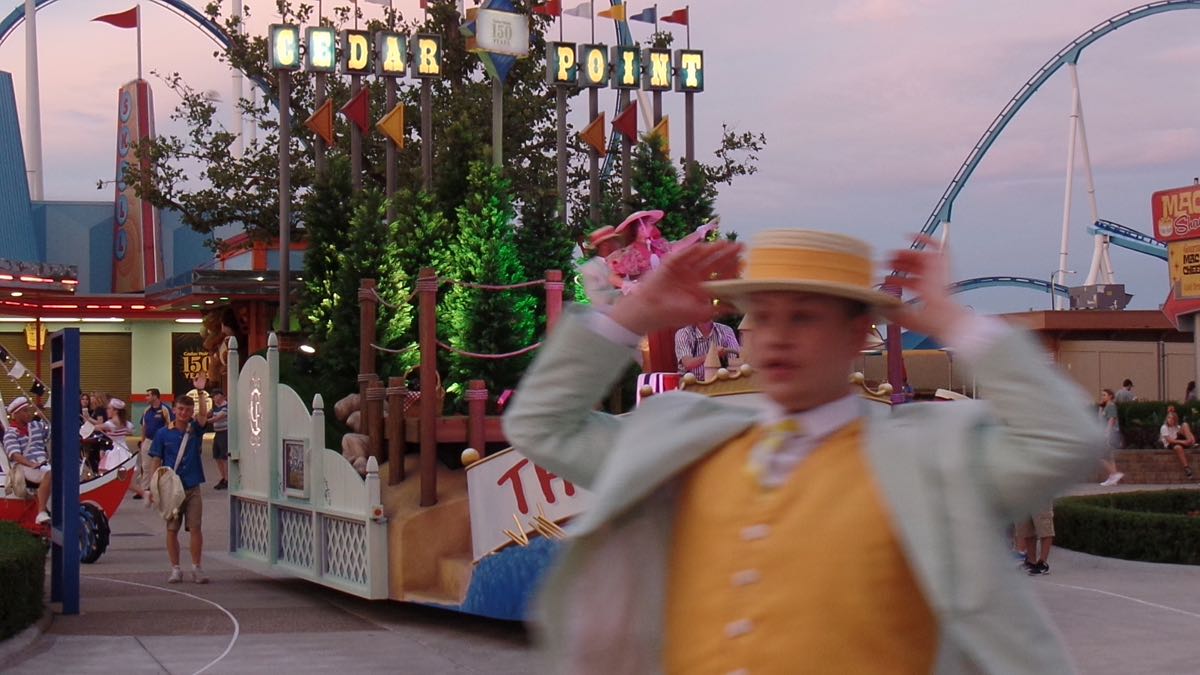 If you want to know what the parade was really like, imagine the scene that exists around this, and then you are correct. 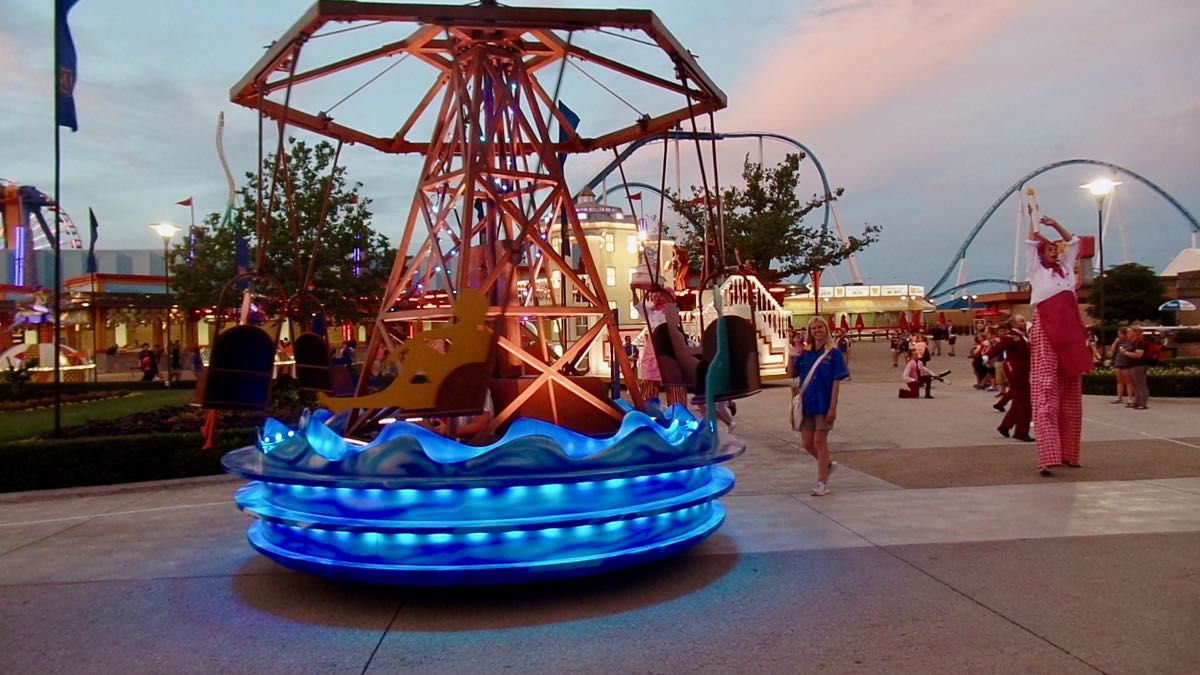 Float representing this swing ride that used to be out in Lake Erie. Yes, people are riding in the swings as they spin around. 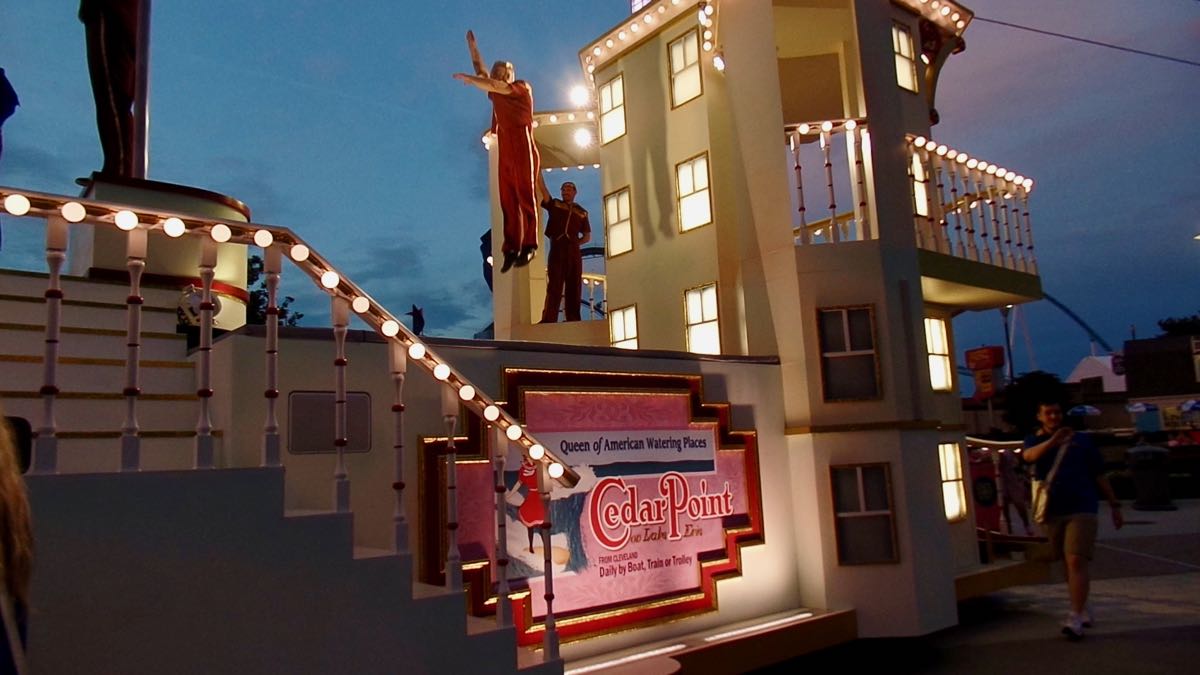 Representation of the Hotel Breakers as a float, with trampolines so acrobats can jump up and down the whole thing. 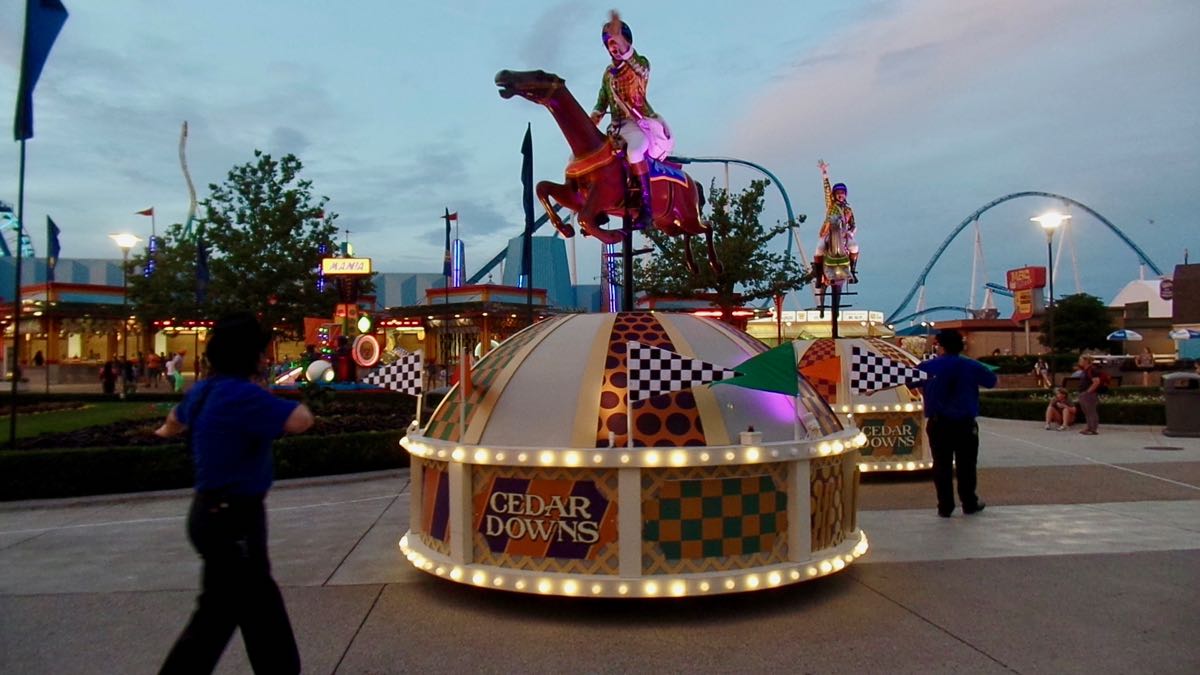 And racing Cedar Downs floats! Yes, those are live people on top of that! 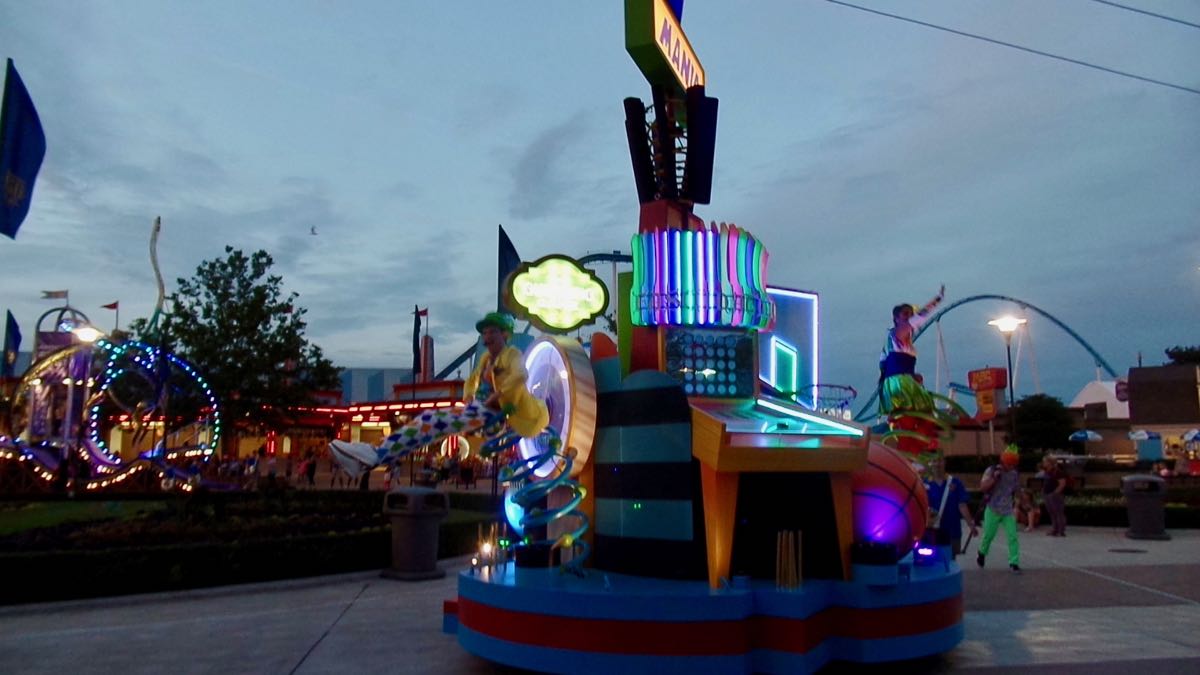 One last float, representing the arcade and midway games, including facing us the Fascination parlor.

Trivia: In his Encyclopedia Denis Diderot wrote that the potato ``cannot be regarded as an enjoyable food, but it provides abundant, reasonably healthy food for men who want nothing but sustenance''. However, ``No matter how you prepare it, the root is tasteless and starchy''. Also it caused gas, but ``what is windiness to the strong bodies of peasants and laborers?'' Source: 1493: Uncovering the New World Columbus Created, Charles C Mann.

Currently Reading: DC Showcase Presents: Metal Men Volume 1, Robert Kanigher, Ross Andru, Mike Esposito. So, like, I enjoy the Big Dumb Space Opera plotting of this. Like, every story is about an invasion of 18 kerbillion robot aliens who want a queen or nonsense like that, and has a 38% chance of destroying the galaxy. I can cope with the characters explaining who they are and what their deal is every page (``I'm tin so I'm afraid of flaking!''). If it were a bit smarter I'd think it was a fun little spoof of your Fantastic Four-grade super-science adventure. But geez, this misogyny of how Platinum (``Tina'') gets treated ...