They're quite aware of what they're going through

Now let's take in photographs from Lansing's city fireworks. And the unofficial fireworks because everybody in Michigan wants to set off fireworks. A weekend after the 4th of July someone was setting them off until someone on the block --- we think our neighbors in the house north of ours --- cried out enough and they stopped. We still haven't actually met our neighbors but this sort of thing makes us fond of them. 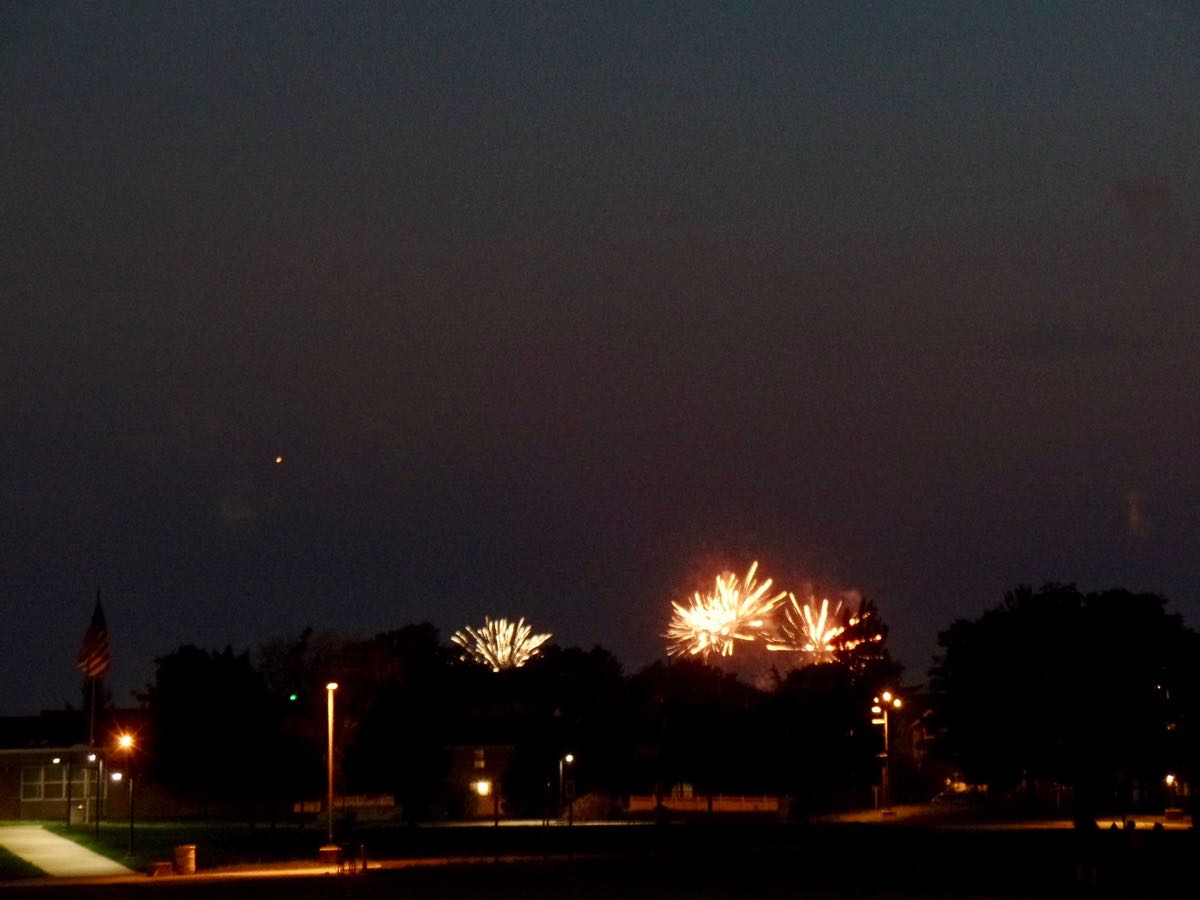 Getting near the neighborhood park and looking at ... I think ... the baseball park's fireworks? We weren't sure. 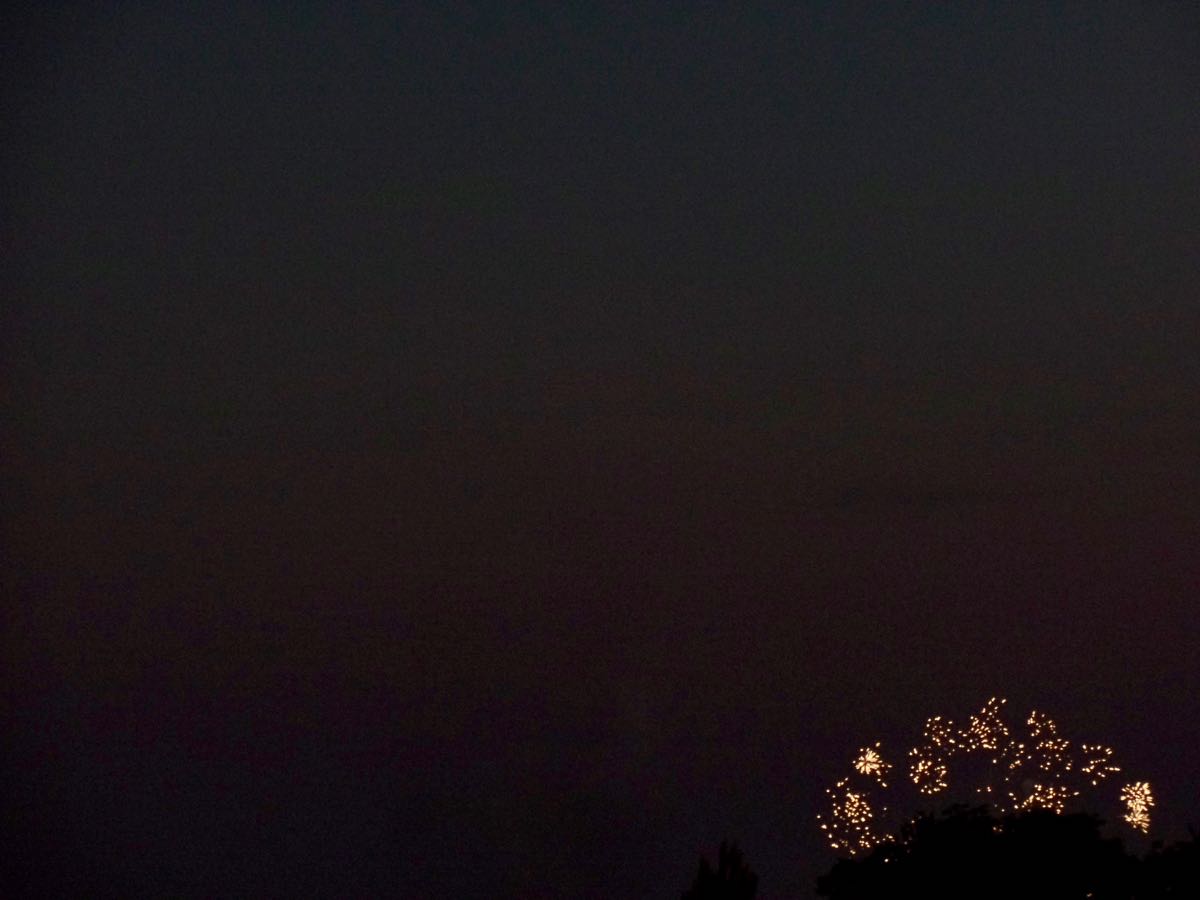 Somebody's fireworks just peeking over the tree line. Also a pretty good shutdown image for something. 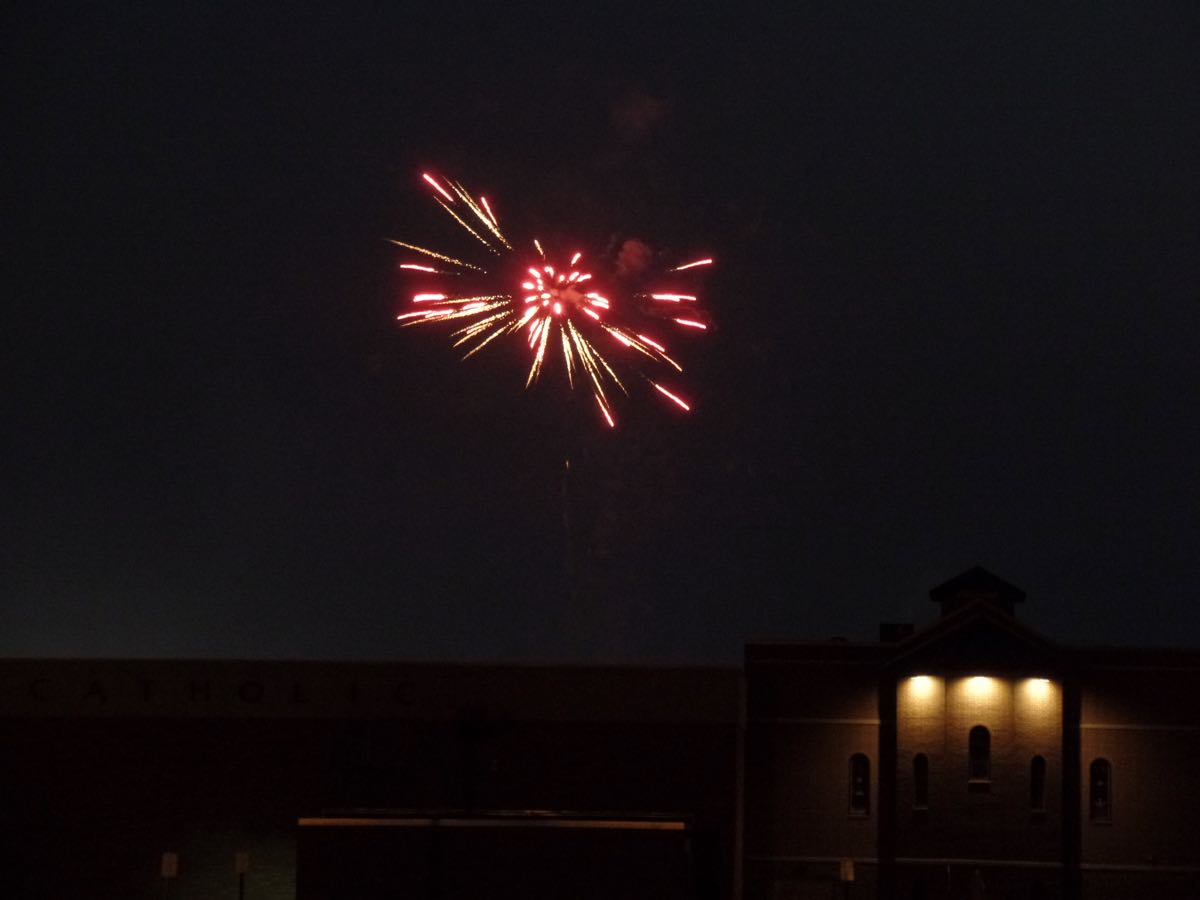 Nice spread of colors above the outline of the Catholic school. 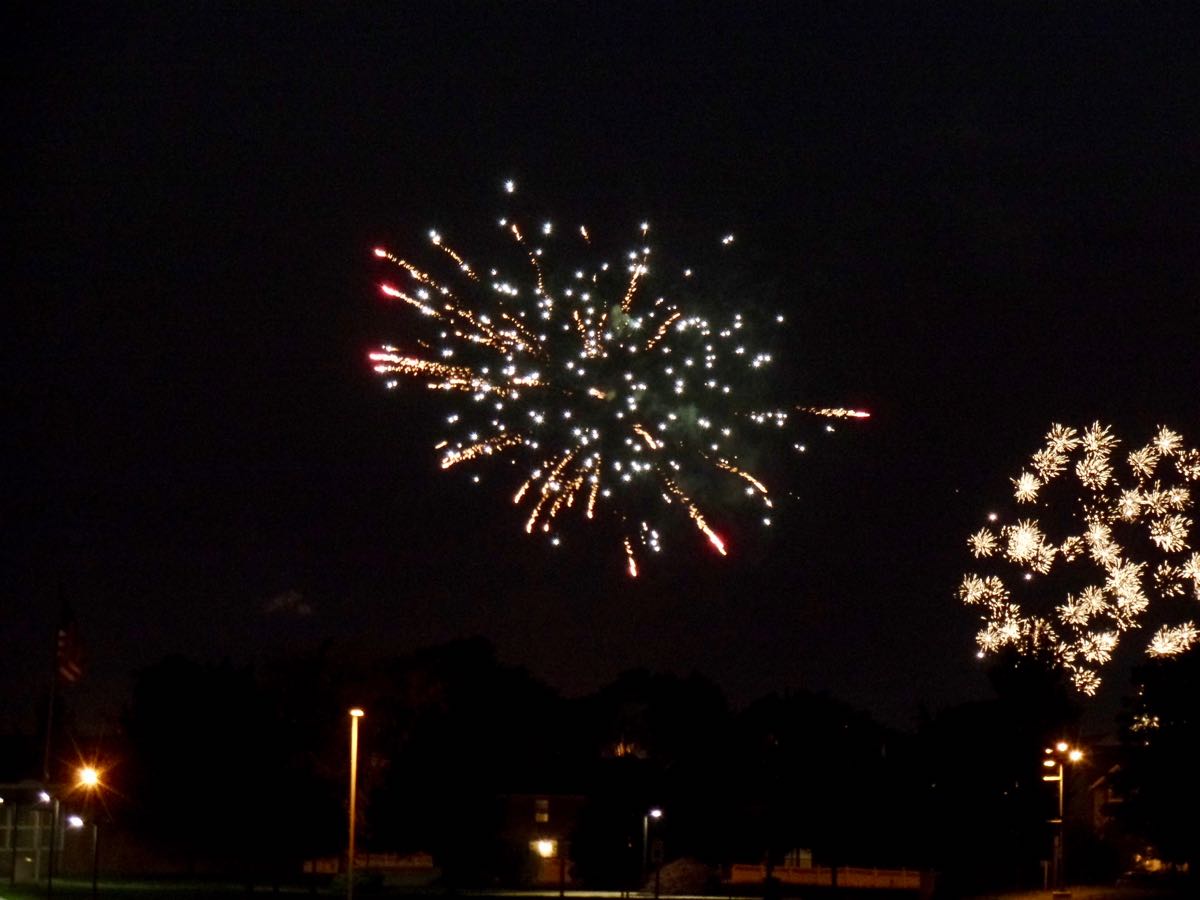 If I have this right these are fireworks set off by some people in the Armory parking lot, near and behind us. There were a lot of fireworks, everywhere. 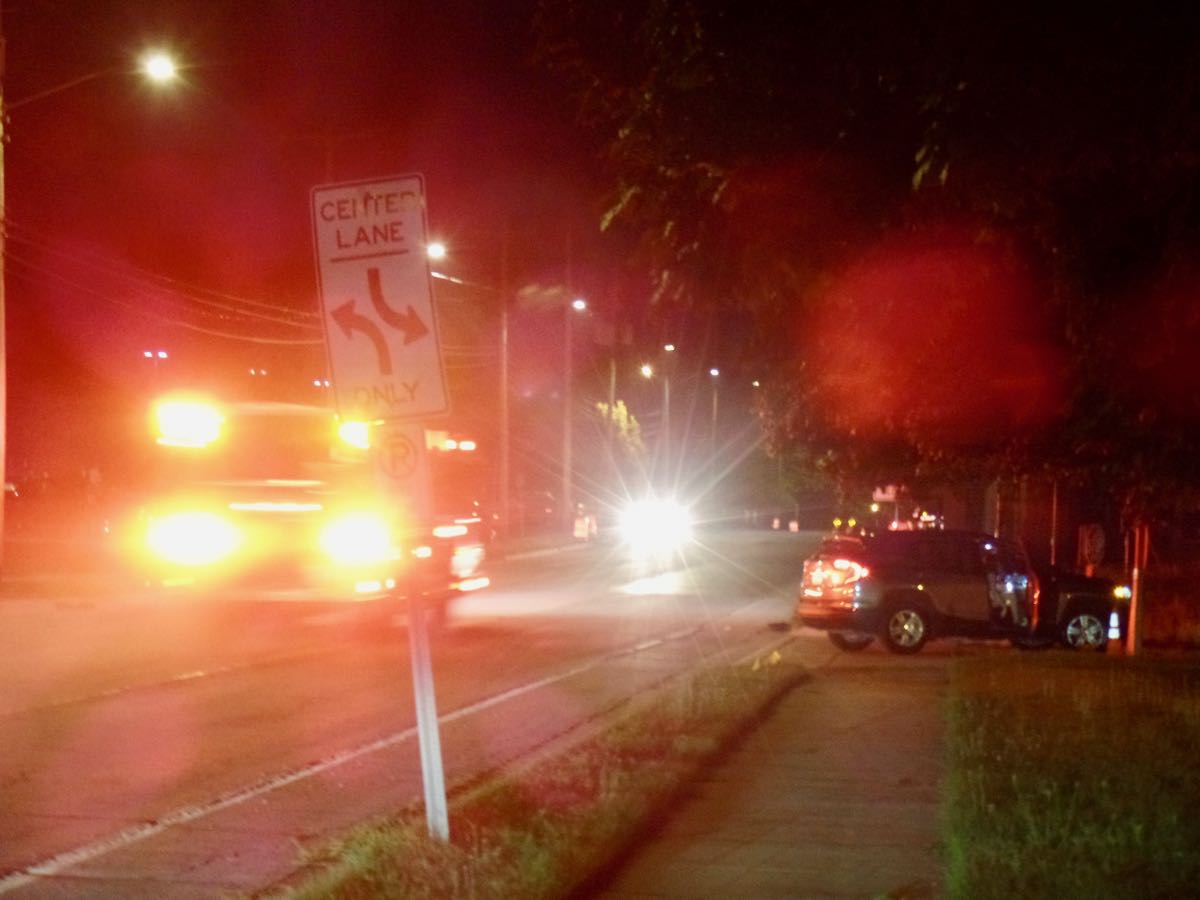 Fire truck racing off, perhaps because there were 820 million fireworks going off around town. 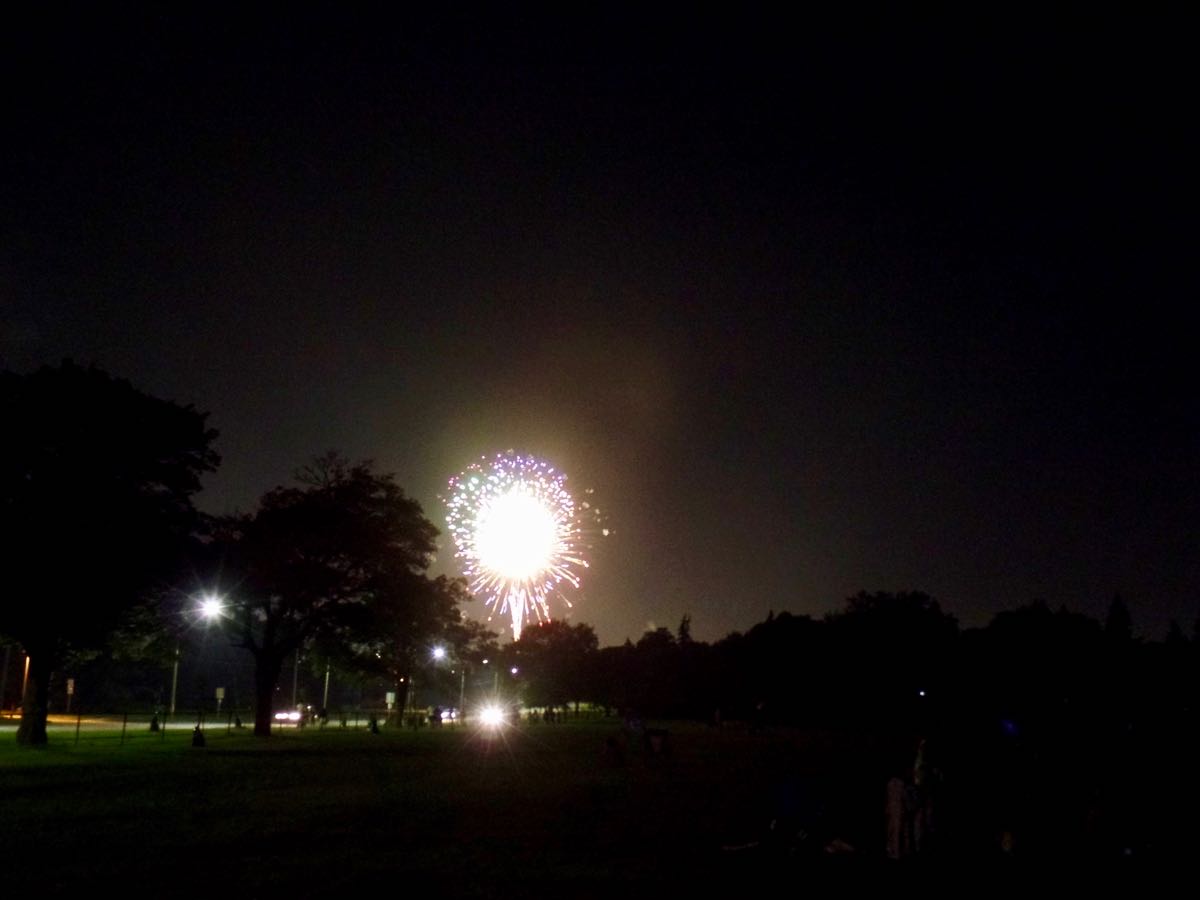 City fireworks, we're reasonably sure, seen from the neighborhood park. Looks a bit like an ice cream cone. 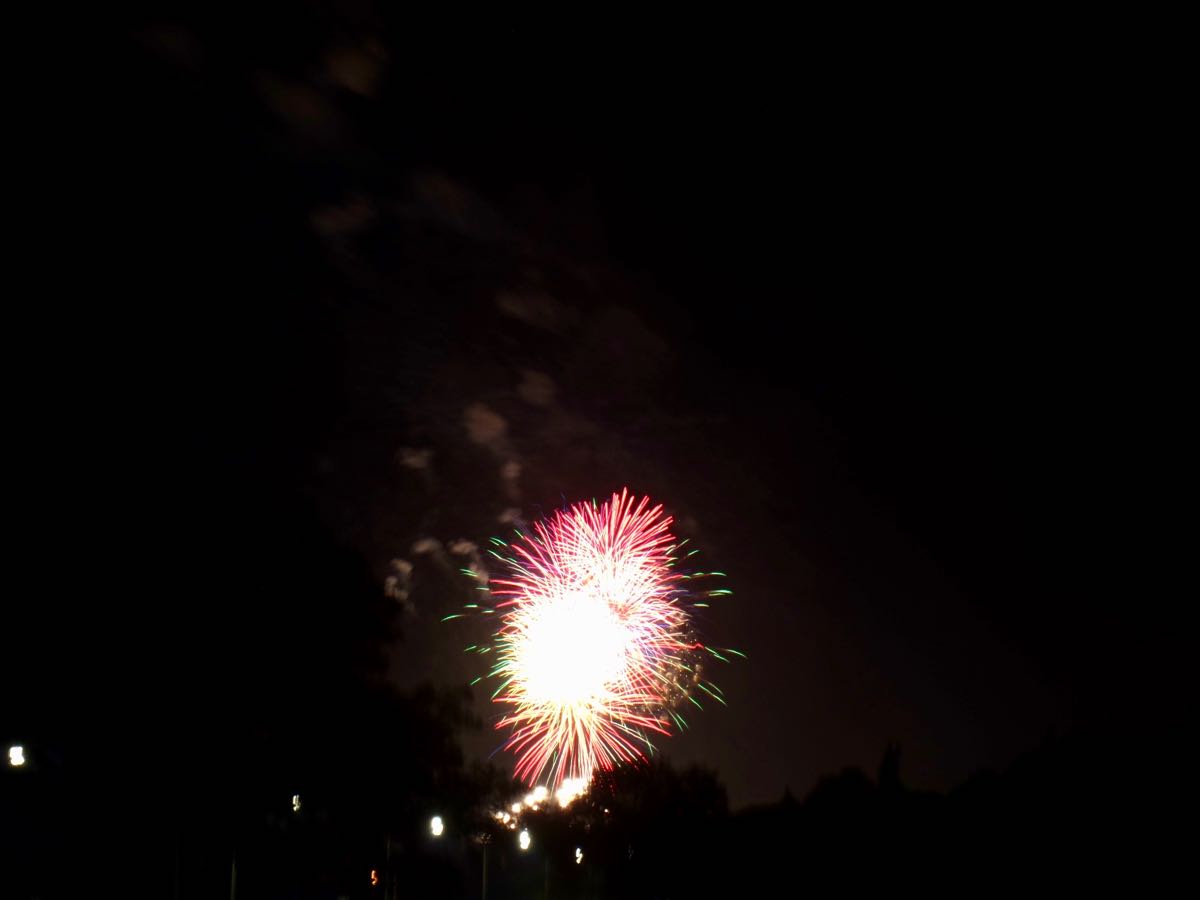 Nice spread of colors in the fireworks here. 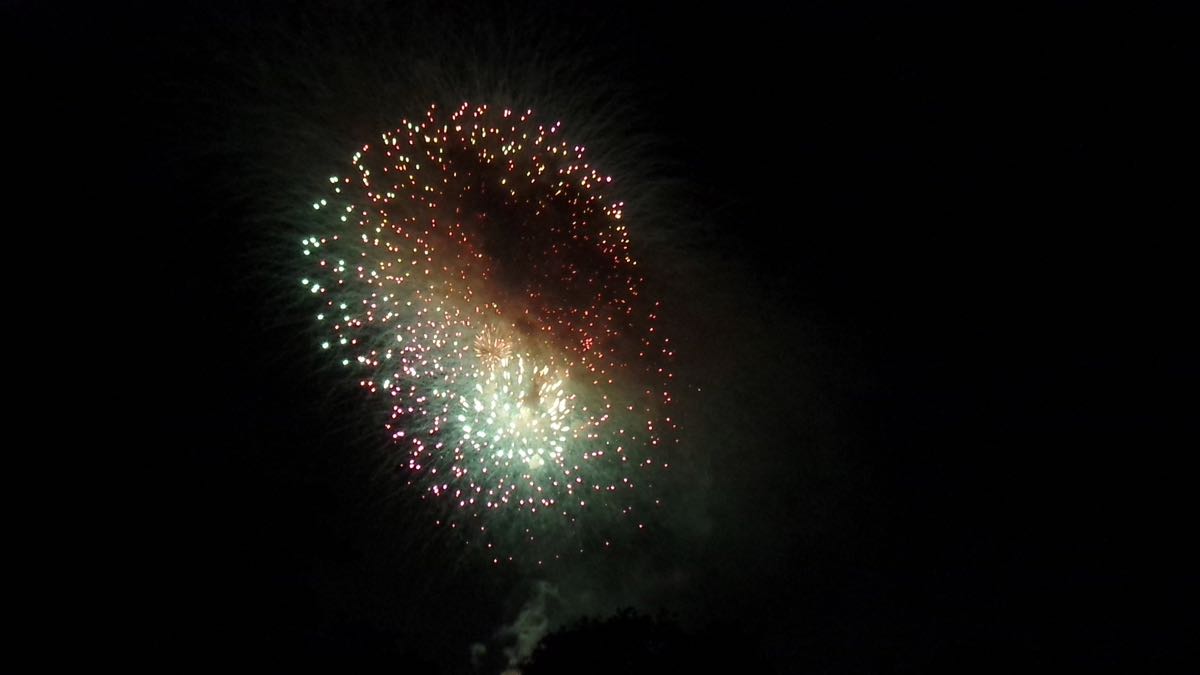 And again with the spread of colors, from the big finale. So it's got smoke from previous explosions to play against. 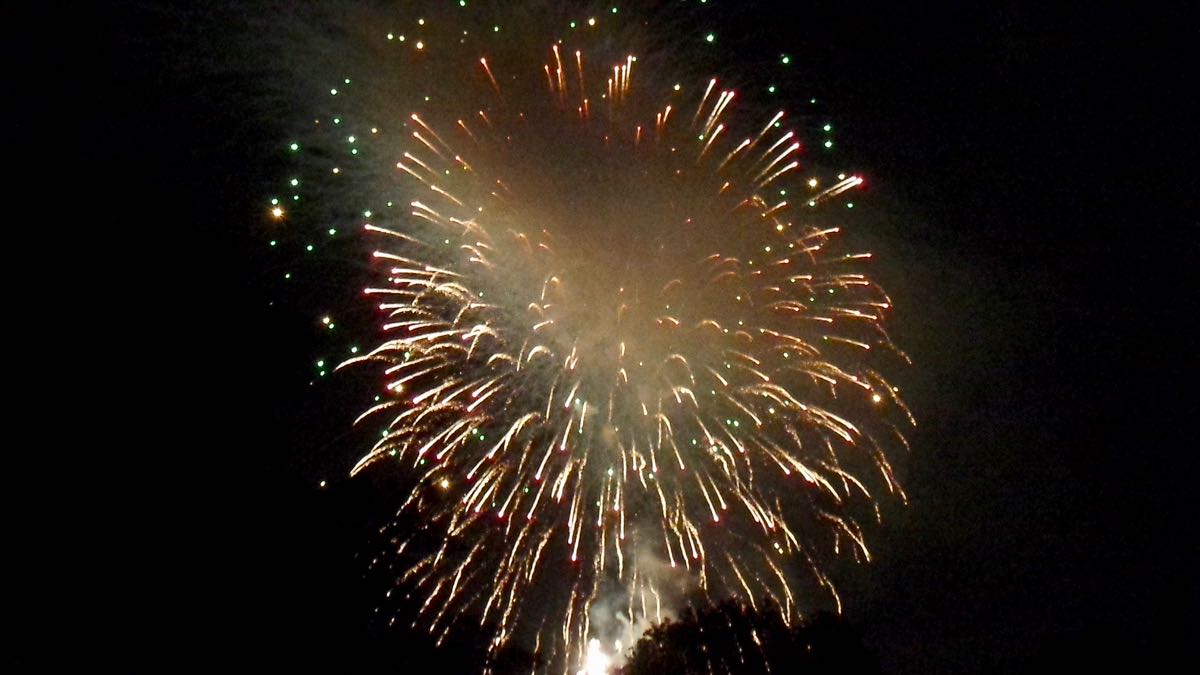 More of the finale, with the smoke of earlier fireworks to make it more interesting. 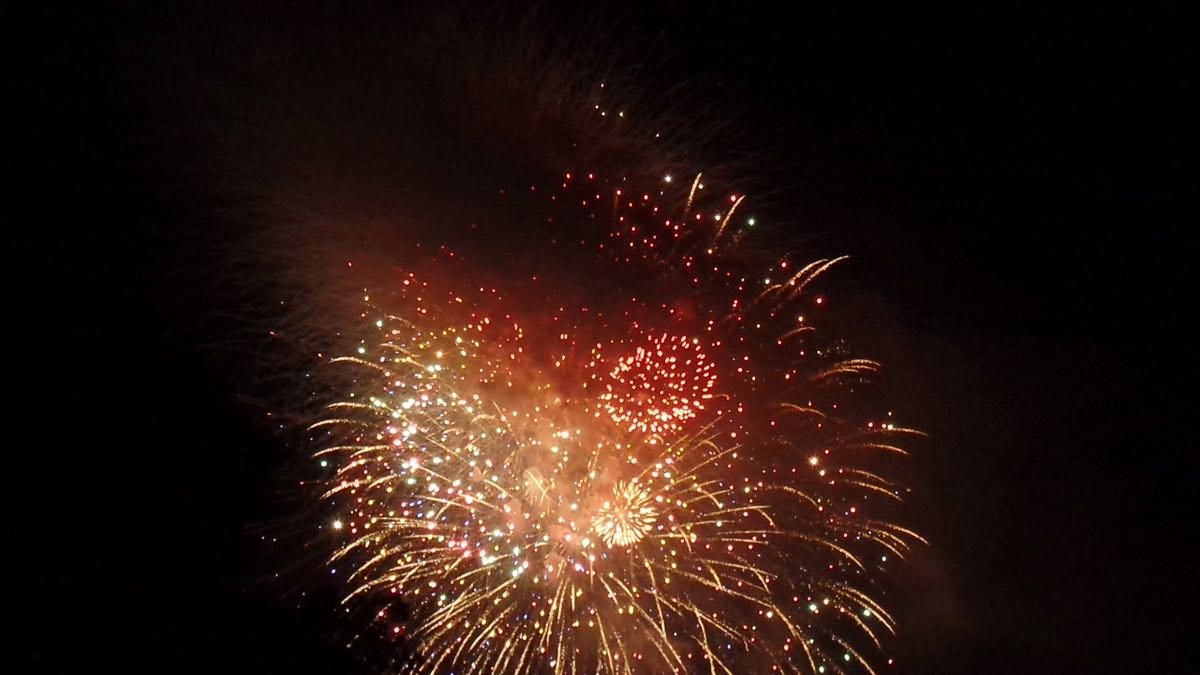 Great structure in the fireworks here. 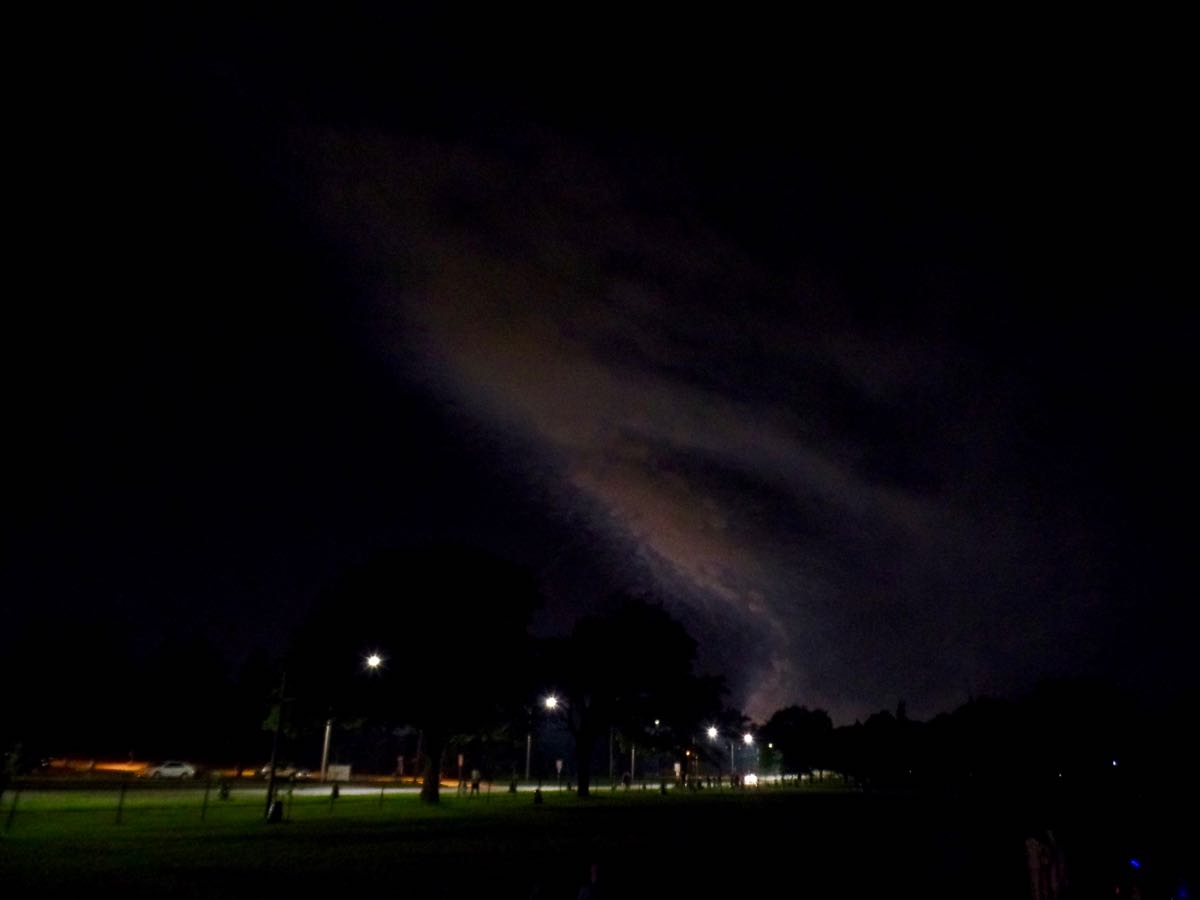 Lingering clouds in the light. I think this is left over from the fireworks show. 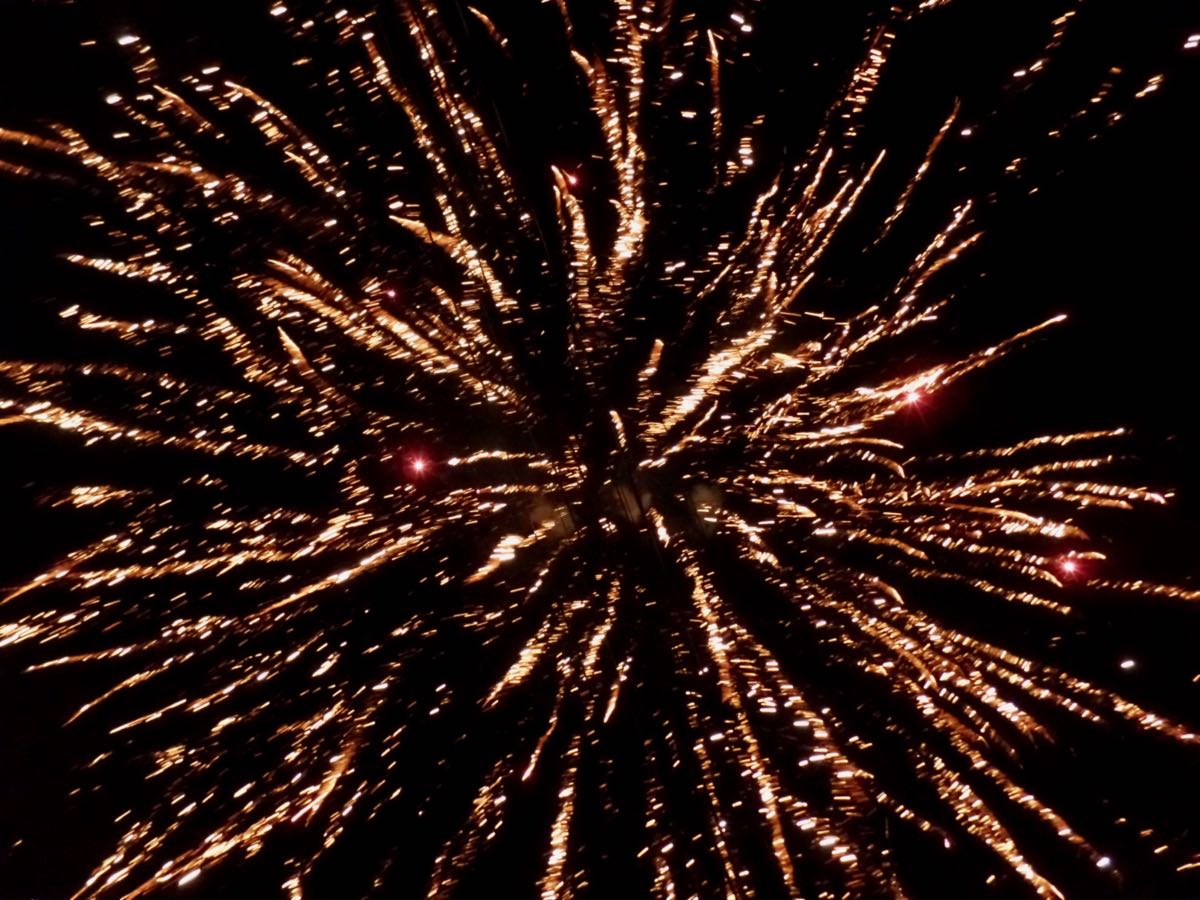 And then as we were walking home someone set this off practically right above us. There's a lot of fireworks around here come the 4th of July.

Trivia: The earliest recorded victor of an Ancient Olympic match (from 776 BCE) was Koroebus, an cook from Elis who won a one-length sprint at the racecourse. Source: Encyclopedia of the Modern Olympic Movement, Editors John E Findling, Kimberly D Pelle.