bunny_hugger decorated for Christmas in July, for the first time. Combination of needing to do something when it was impossible to do anything and having a number of hours alone at odd hours. Not so much decoration as done for Actual Christmas, no; some decorations, some lights, the miniature artificial tree for the dining table. But it was great and a happy touch in a sad summer.

This is a much happier summer, even for all the trouble. And she decorated again. This including getting a few decorations just for Christmas in July. These are mostly cardboard cutouts, some replica vintage cutouts of reindeer that look suspiciously like Bambi and the like. It's a fun addition, and adds a nice bit of cheer to the house for, oh, a week or so. I should get some pictures, for later.

And yesterday something unprecedented happened. We had to call off a planned Lansing Pinball League event. The bar was closed unexpectedly. Someone close to many of the staff died and they shut the bar for a couple days. (I don't know anything more about the circumstances.)

bunny_hugger briefly considered moving the event to Pinball Pete's East Lansing. But the ``Zen'' tournament, where pairs of people share a game, one flipper each, is by intention a casual hangout, celebrating the end of a season. Here we were treating it as a casual way to get back into the season. The bar is a place you can hang out casually; Pinball Pete's, for all that's good about it? No bar, no food, nothing but vending machine soft drinks and potato chips, few places to sit. Not sure it even has Wi-Fi.

So that thing I was teasing yesterday about events I was not yet ready to have come to light? That was me making drama out of ``we went to Michigan's Adventure and I wasn't ready to start my trip report''. I'll get into the narrative proper soon enough but for once? I like the thought of having the photos ahead of the text description for a very short while. 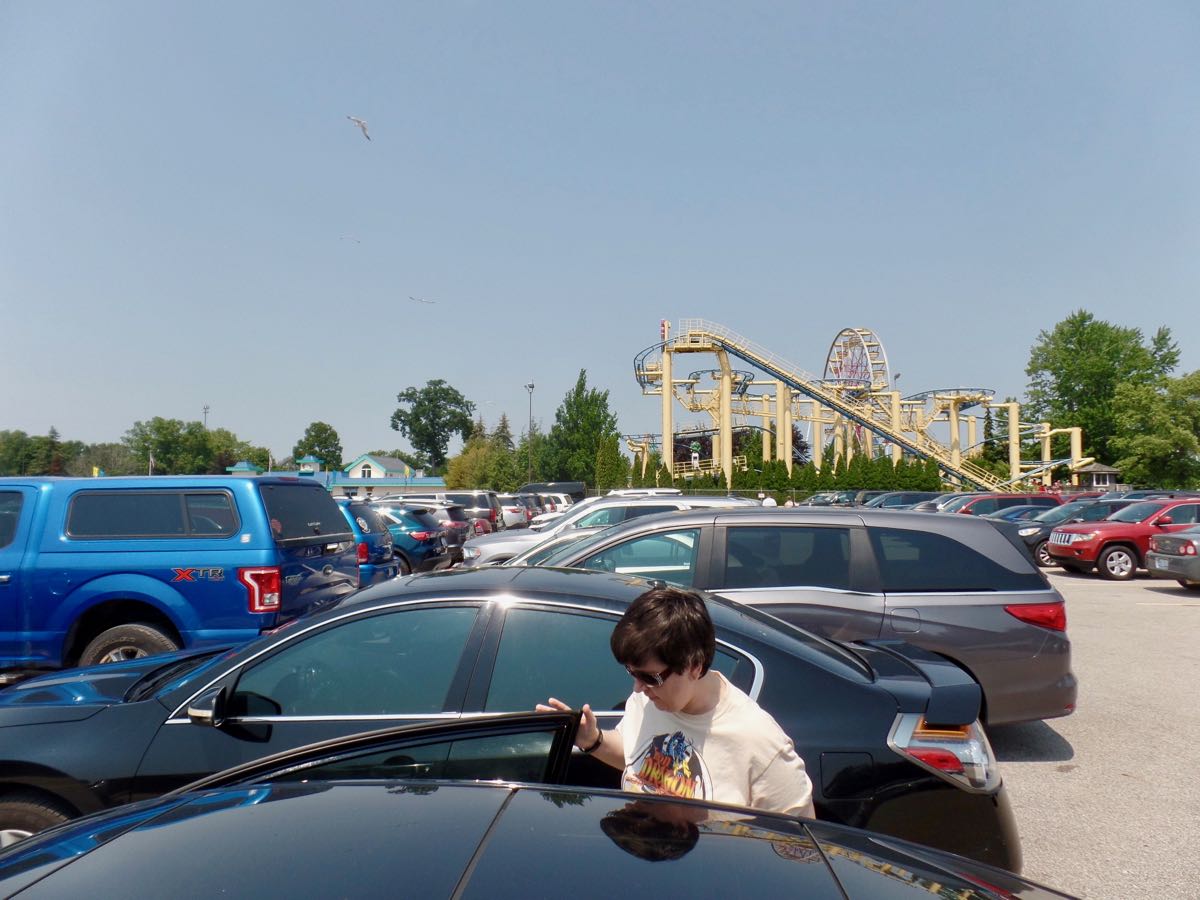 And here we are!

bunny_hugger getting out of the car and ready for the day ahead. The park was packed, despite it being a Monday. It was also like 90 degrees. I had hopes that most people would be in the water park, and maybe they were, but it was still a very busy day. 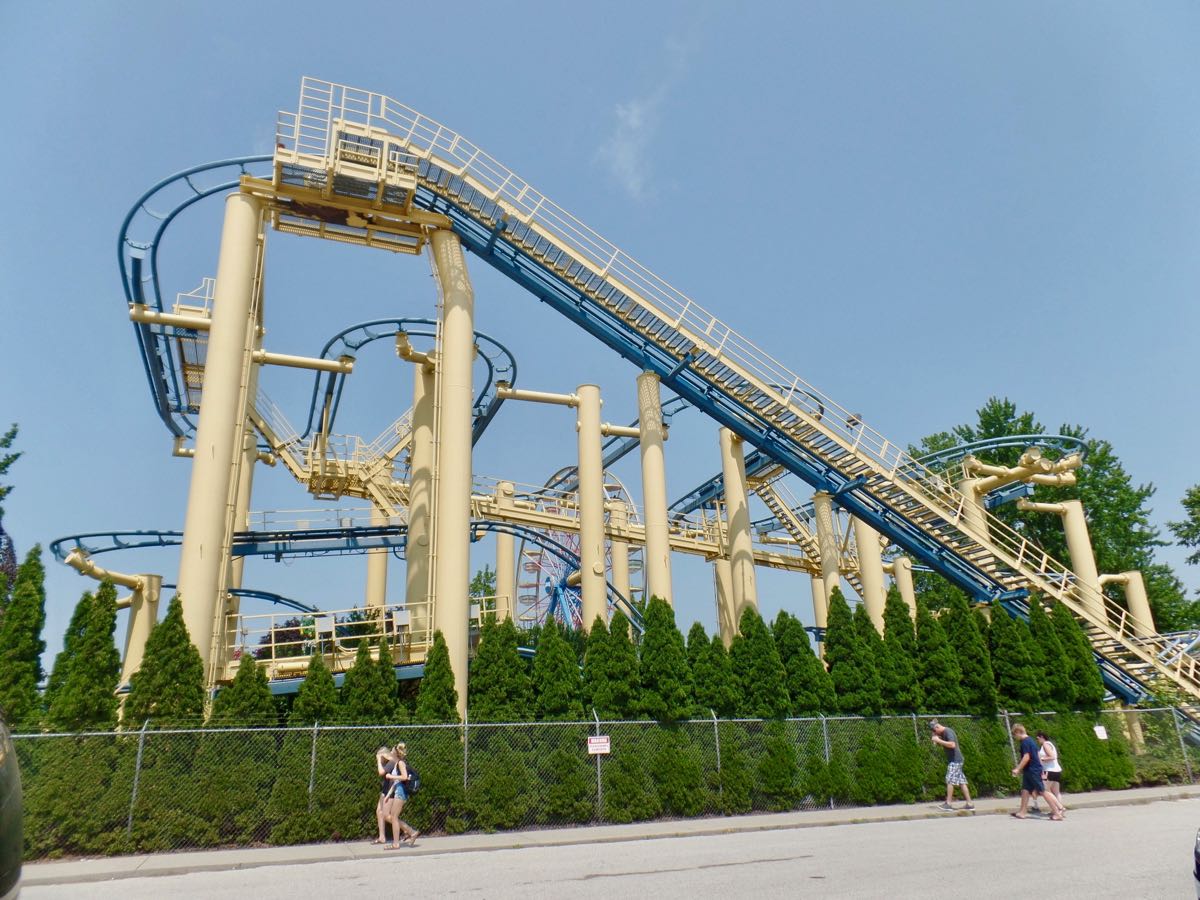 A trip report earlier this season claimed Mad Mouse was running only a single car at a time, which is daft as the ride's designed for, like, a half-dozen cars to be on the track at once. But as you can see here there were, at this moment, no cars running. The cars were loaded and waiting at the station, which suggests the ride was having trouble. It wasn't as bad as 2018, when we saw the ride going just one day all season, but it does seem like something unfortunate is going on with the ride. I hope they're able to sort it out and don't have to remove the ride. 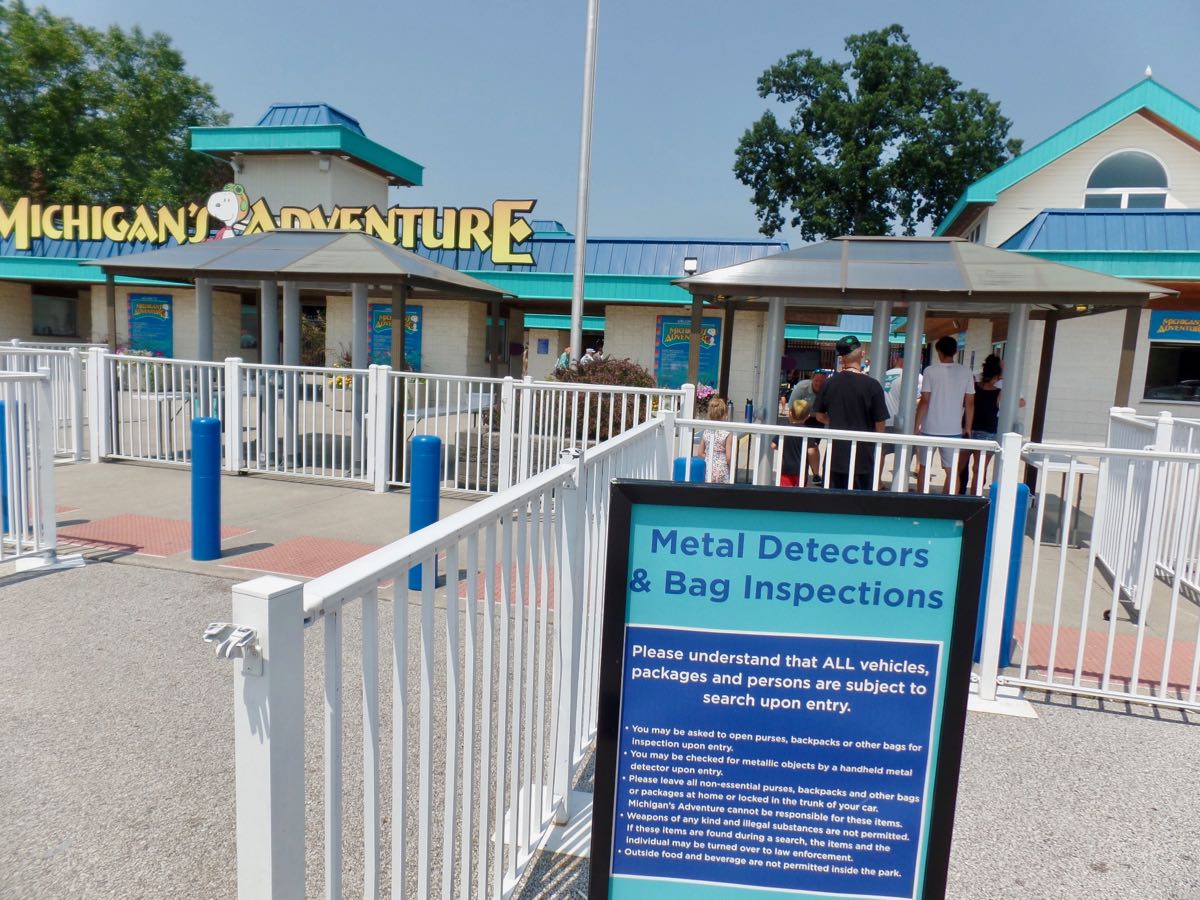 The park's front gate. Note there aren't any Covid-19 signs the way Cedar Point has. However, rather like our trip to Cedar Point a few weeks ago, the metal detectors were not even for show: the guards were waving everyone through and not at all interested in us emptying our pockets or anything. I hope this is the first step in giving up the metal detectors as bad security theater.

Currently Reading: Toonerville Trolley, Fontaine Fox. Editors Herb Galewitz, Don Winslow. I thought of this as a re-read of a book I'd read years ago, but the fast-food receipts I put in as bookmarks tell another story. And I realize they're correct. This is a book I bought during my last work trip to New Jersey, in January of 2020. I read it in February 2020. It only feels like it was four years ago or more.

PS: How to Tell if a Point Is Inside a Shape, another bit of reusing older material so my blog doesn't sink completely beneath the waves.